As a continuation to the implementation of food trucks in Montreal, the Pista Café Mobile, where you can find some of the best coffee in town, was created a little over two years ago as a tricycle/invention. After being showcased in all of Montreal’s festivals, the Pista Café tricycle found an address of its own in the heart of Rosemont-La Petite-Patrie.

The goal for Les Ateliers Guyon design studio was to transform a nomad café to a sedentary one, while still keeping a street stall feel.  The chosen location, on the corner of Beaubien and Saint-Vallier, is imbued with both history and character.

After roaming its share of Montreal streets, being part of each of the city’s great events and travelling over 360 km to grind coffee, the Pista Café team called upon Les Ateliers Guyon to design a unique yet familiar universe. 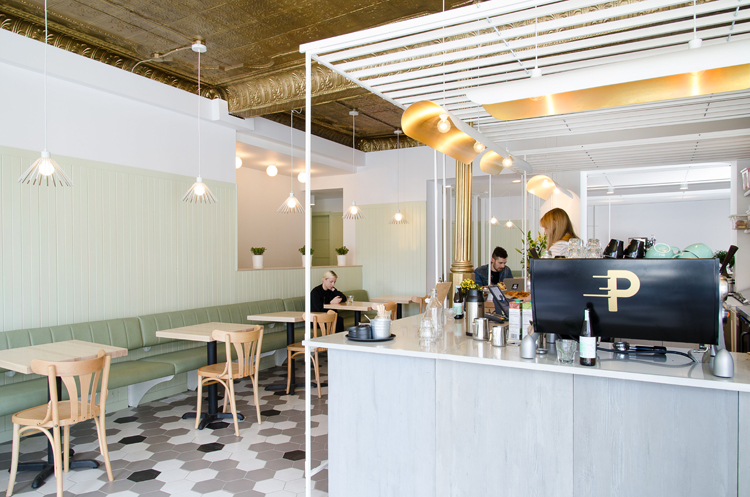 The tricycle concept Pista Café Mobile was the first inspiration for the designers at Les Ateliers Guyon. “The idea of bringing the outside in came to us instinctively. It wasn’t just our gut feeling; as the concept was a natural extension of the original Pista Café,” explains Félix Guyon explains. “We wanted to give users an enjoyable, friendly and unpretentious experience in a bright, refreshing space. The idea was simply to make the Café an inviting place, so the customers would feel like they were walking about or sitting in a park. We never thought we would literally bring the outside inside, but it figured that subtle evocation of the volumetric and functional properties of a food-truck-type service were to surface through our refreshing design.” 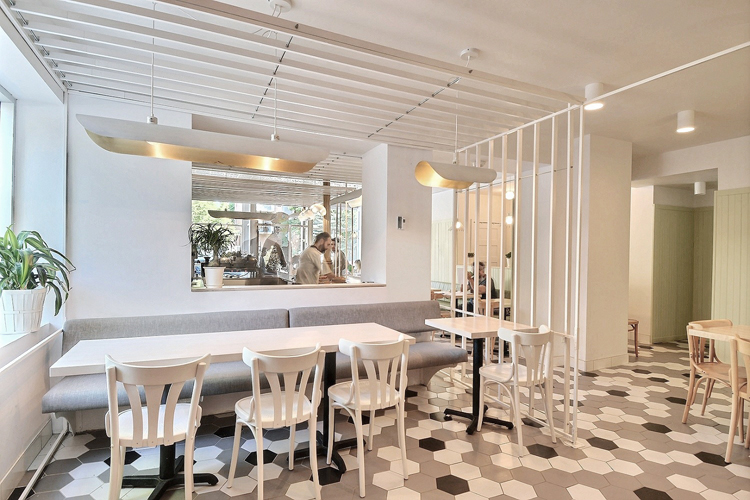 The Café is divided in two separate sections. On one side lies a long bench, its colors soft and lively, allowing the location’s natural light to shine. On the other, the service section is hemmed in a container-inspired workspace where customers get served as if they were sitting on a food truck stool, waiting for their order. Within this workspace there’s even a place designed especially for the tricycle as there is a little workshop where it can be stored, repaired and admired by the patrons. 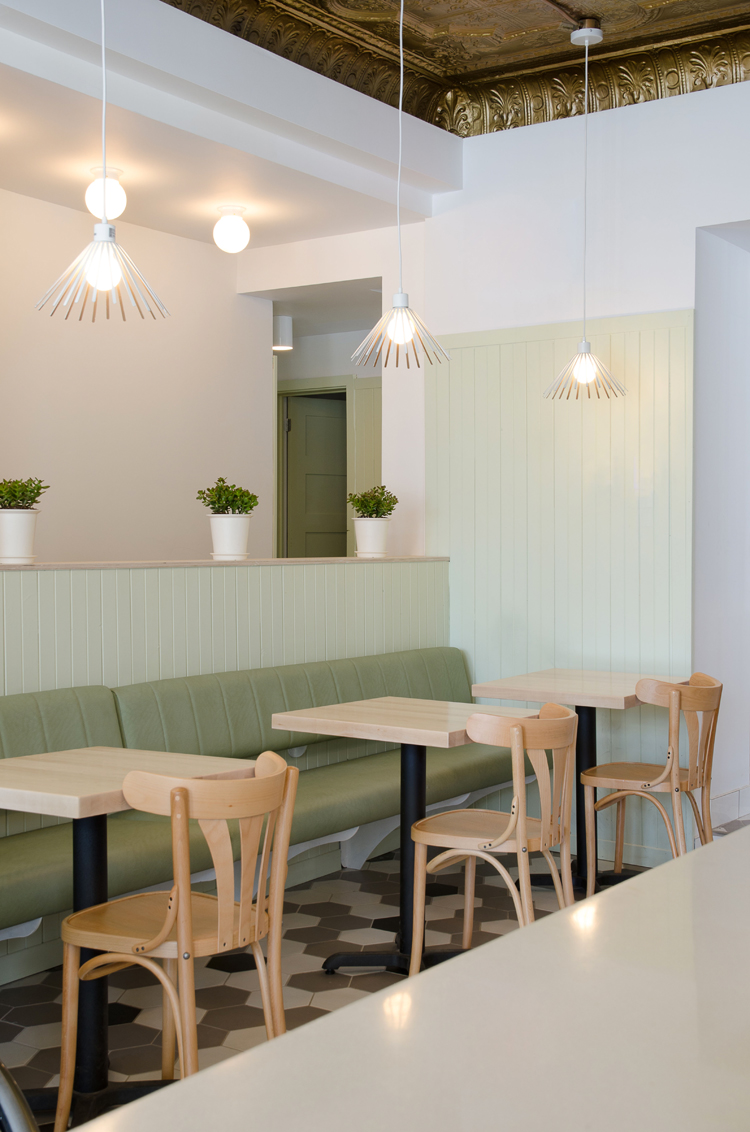 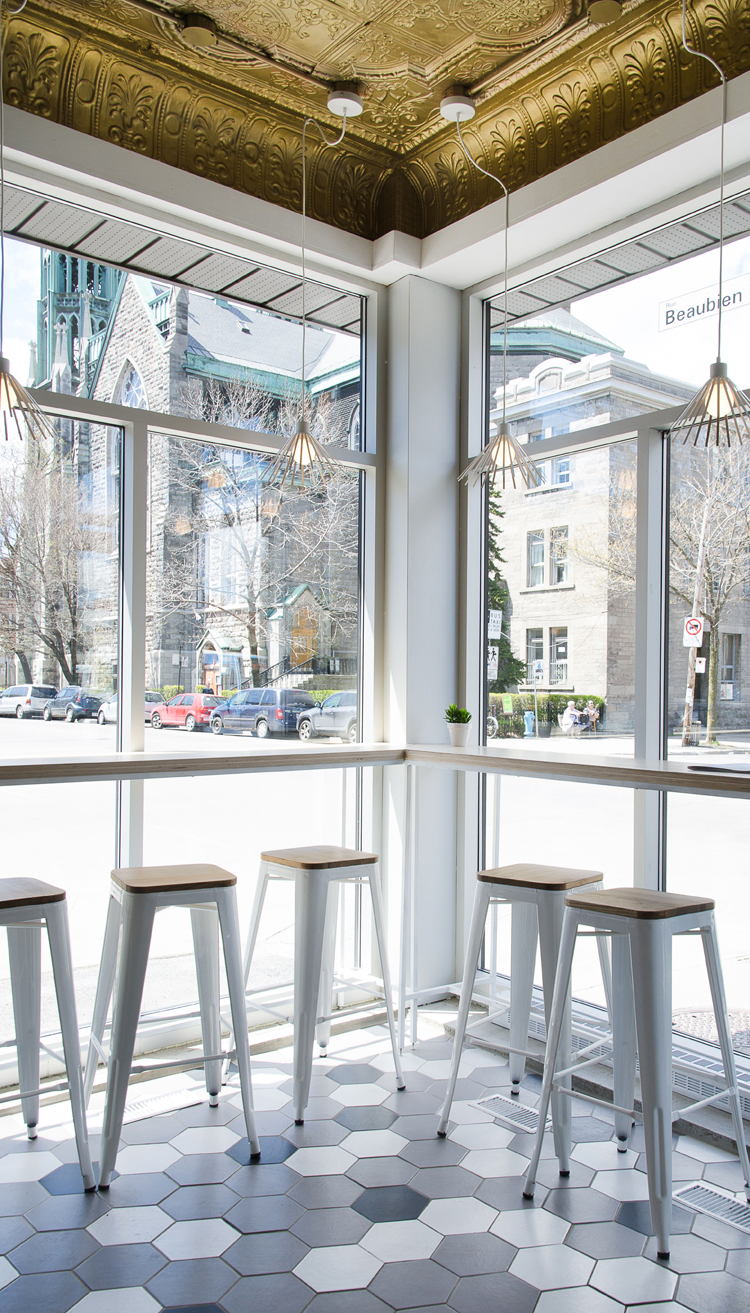 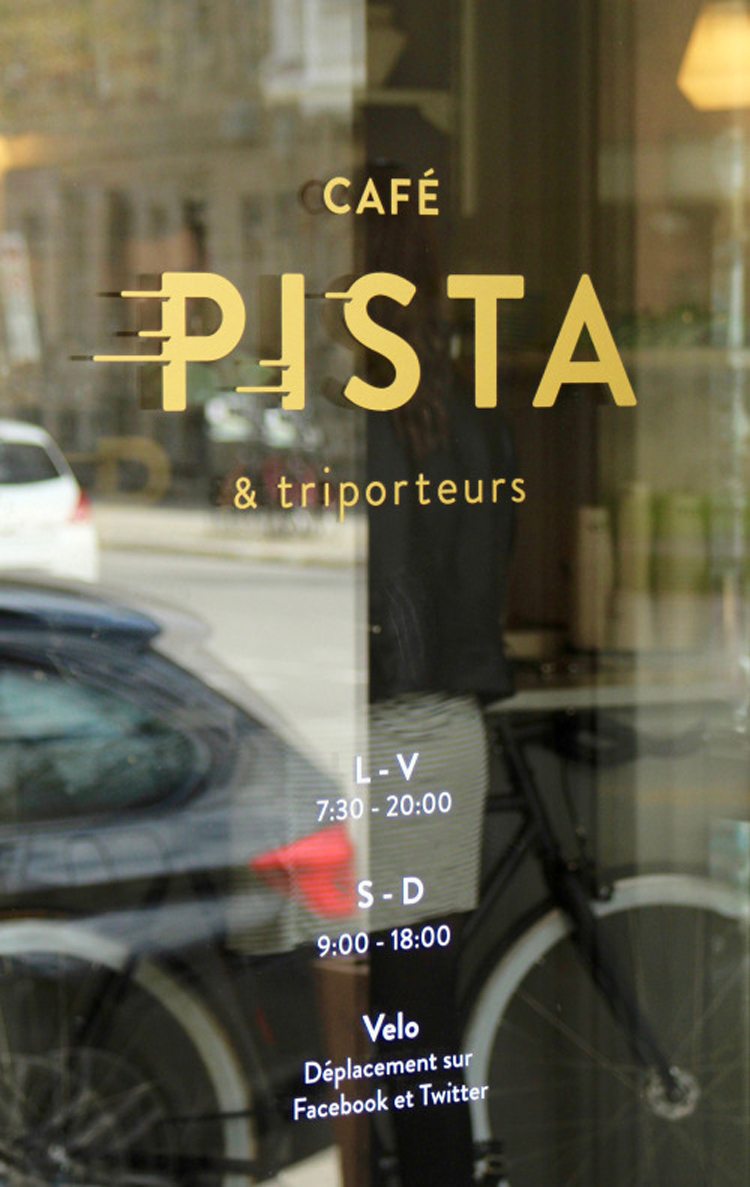