Aurora Arquitectos has recently refurbished this old Lisbon apartment in suggestive Estrela neighborhood. The two approaches in which the design team utilizes is first highlight the existing and delicate framework of the original apartment. It dealt with recovering the original design elements and language in order to expand its constructive qualities. The wooden floors, kitchen tiles, door trims, and wall and ceiling decorations were left unchanged. The south side of the apartment, comprising the kitchen, service areas and a bedroom, was also left with its original configuration. “The way we worked on the kitchen’s tiled surfaces shows the desire to highlight the differences between the original traits and the intervention. Besides from allowing a sense of continuity in the renovation process, it also provides contrast with the juxtaposed new elements,” explain the architects 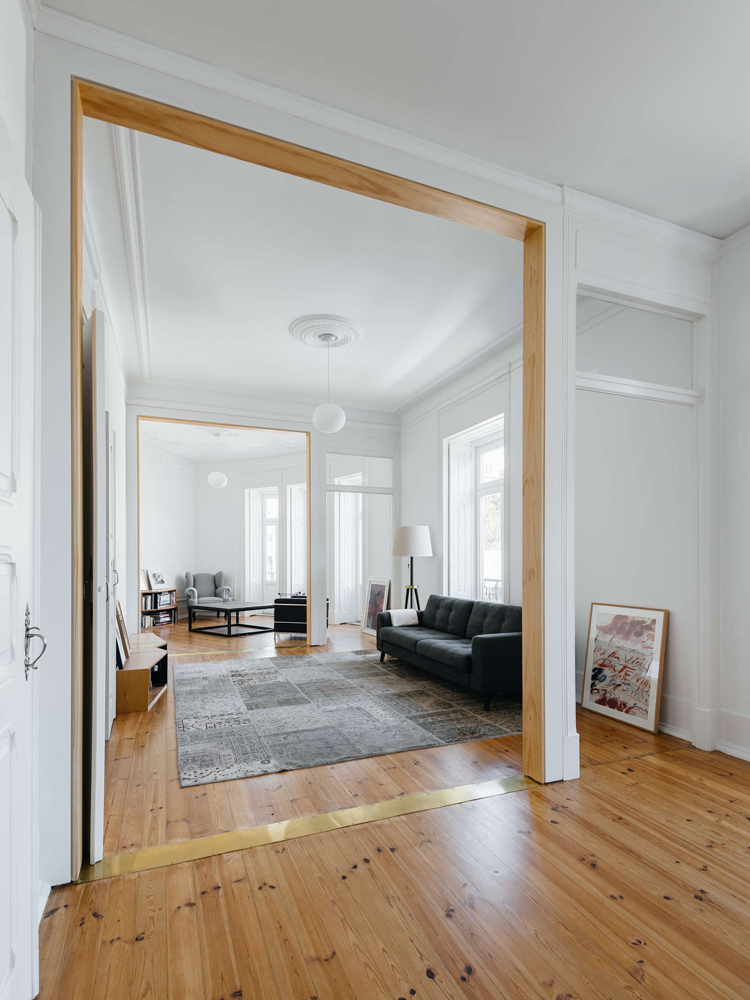 This juxtaposition is made more evident on the north side of the apartment, where architects inverted the totality of the programme. The private areas, initially comprising three bedrooms, gave place to a single living room. The social area, comprising the former living-room and a study, became two bedrooms and a walk-in closet. This reconfiguration deals with how to unite what had so far been separate, and divide what had so far been whole. 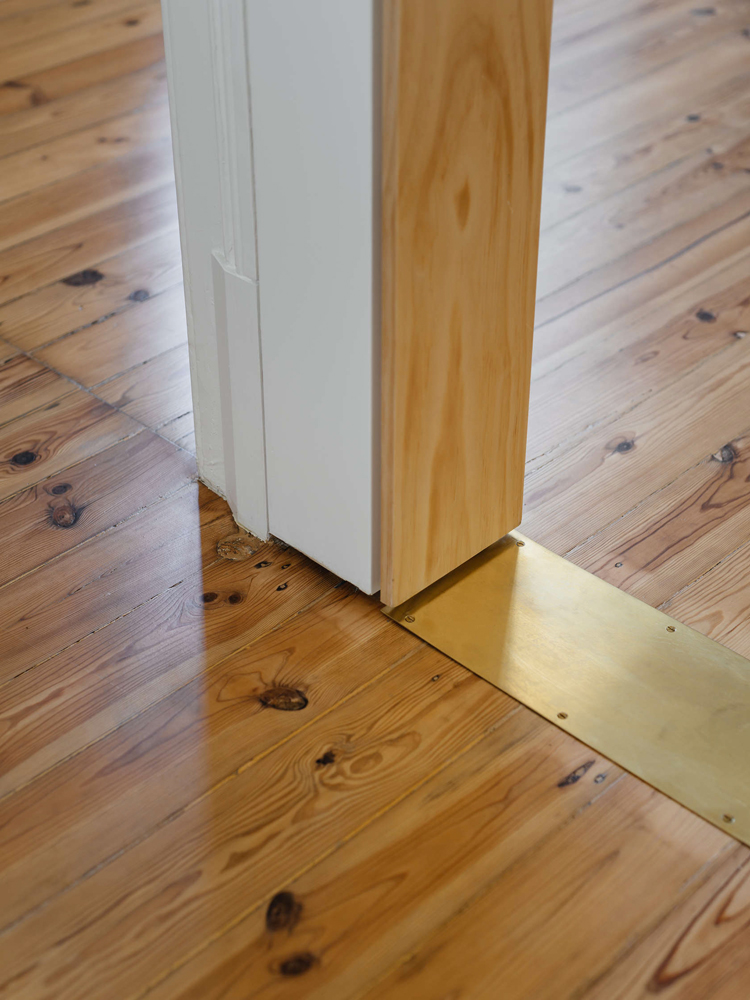 In the living room, the reference to the demolished walls stands, through its framed negative, as a time-based coordinate, is now defined by a rim of wood and brass. There is also a hint of wall-crossing, left by mere traces of doors, their remaining trims and headers. In its turn, the wall now dividing the bedrooms is a rather affirmative feature, drawing attention back to itself as a separation apparatus, and taking spatial reading back to the original living room. 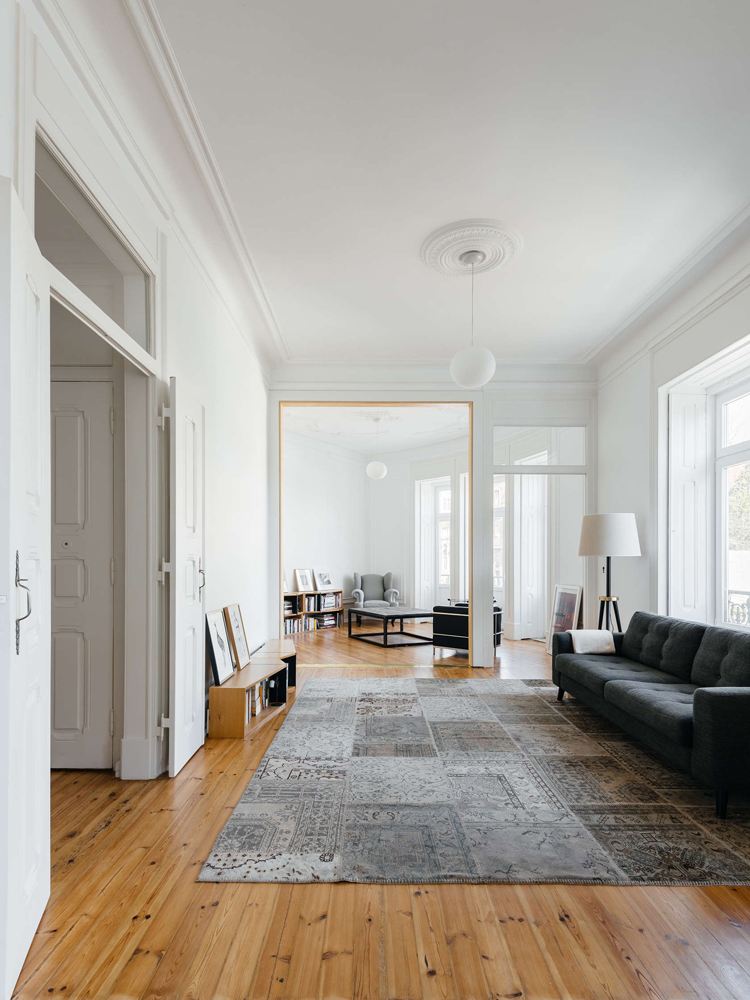 What could be easily understood as an act of uniting and separating becomes one of the project’s main themes – reversibility. The space issue becomes a time-related concern. Now we have come to accept that renovation is part of an ongoing process of change and constant revising of its own validity. It is, then, from the constant dialogue between the previous elements and the new ones, that the creation of unexpected possibilities emerges. A kind of palimpsest as a way of rethinking and challenging the pre-established functions and relationships, from dwellers to architecture itself. 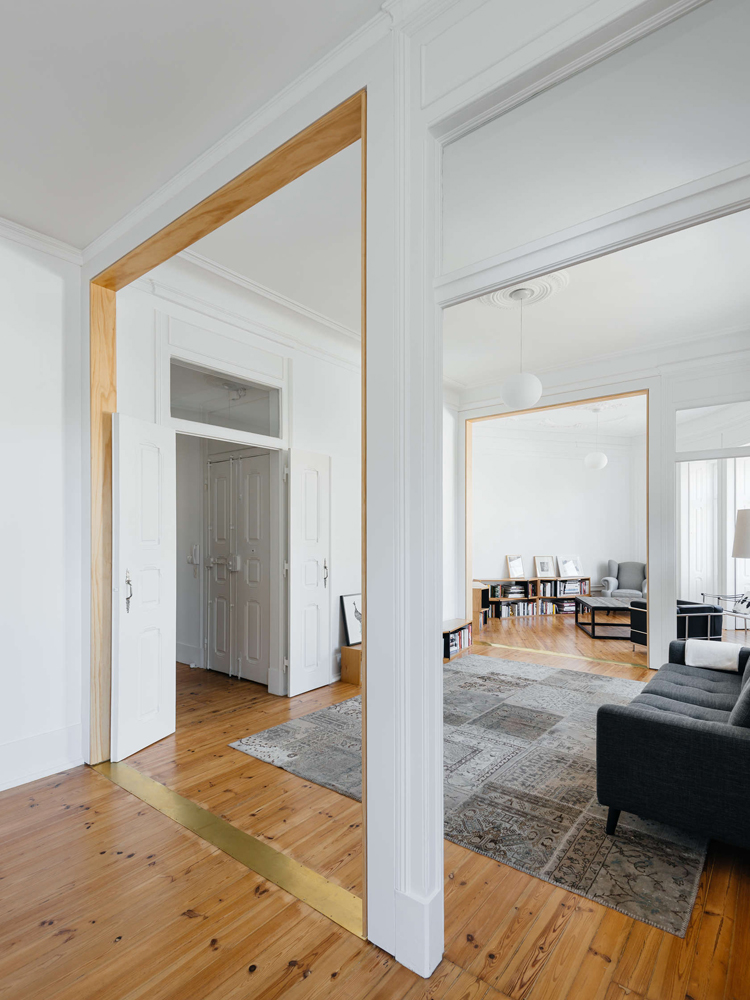 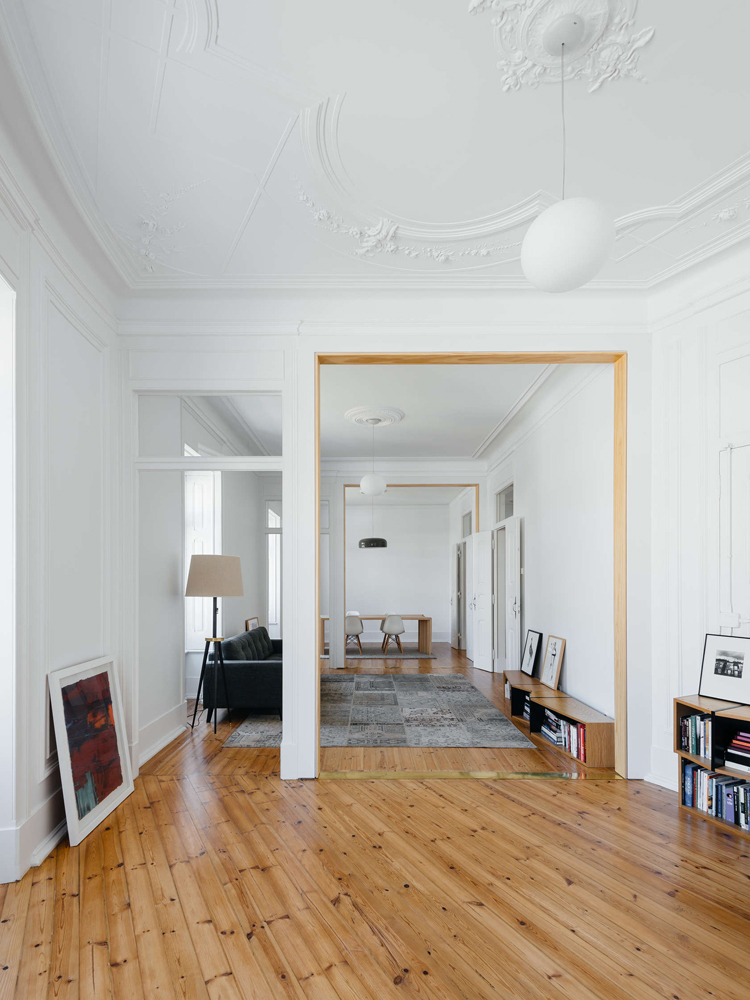 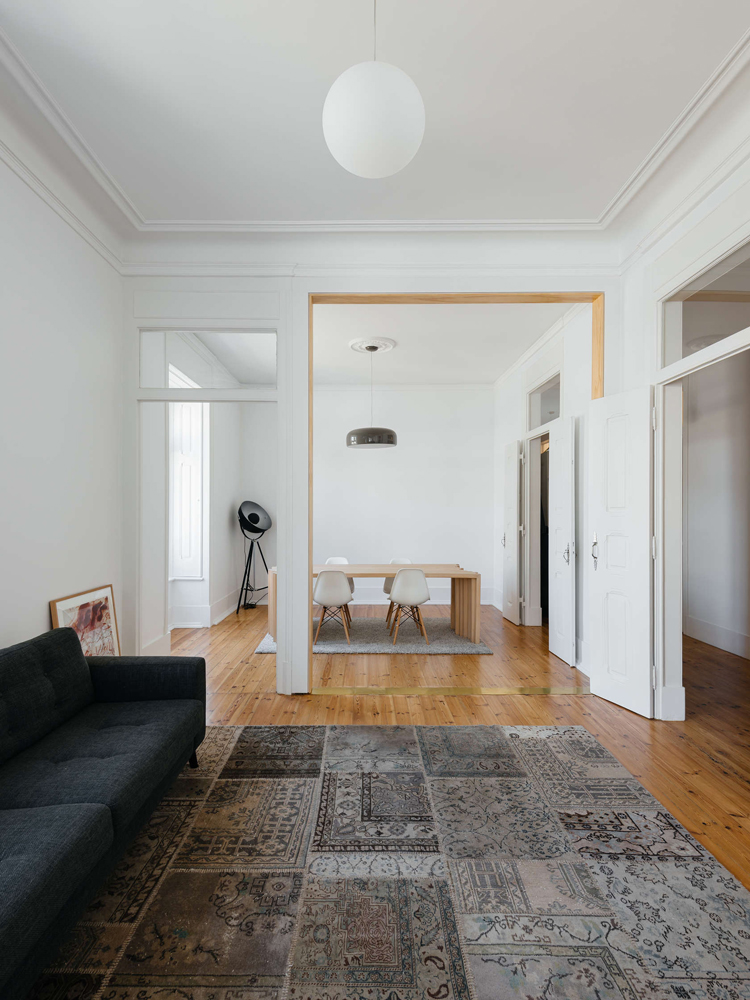 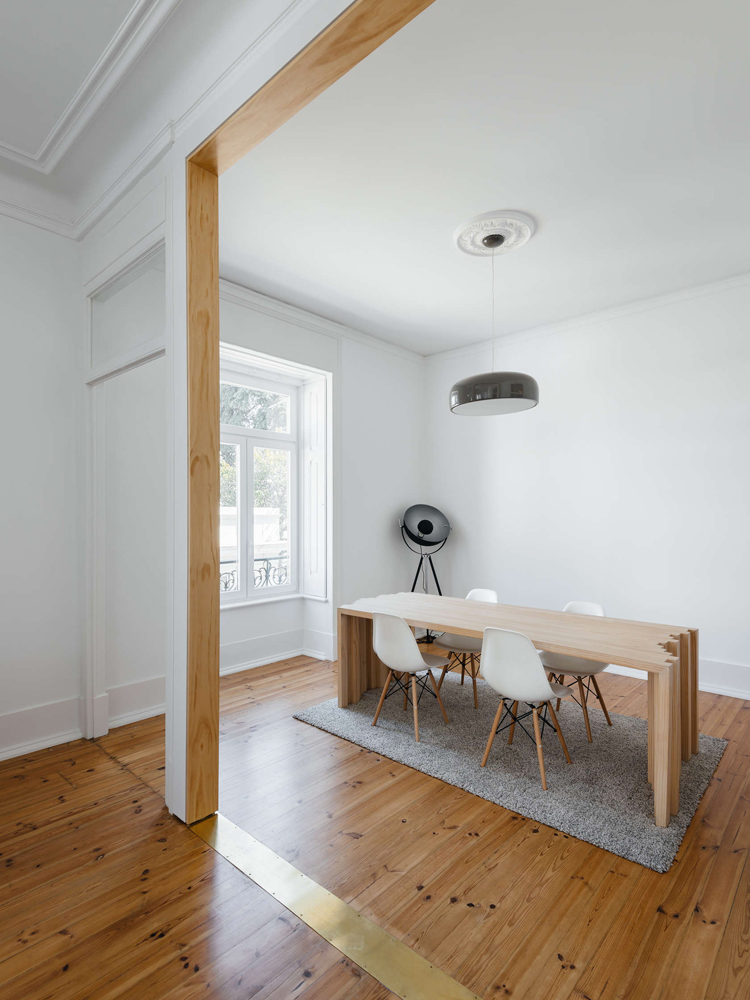 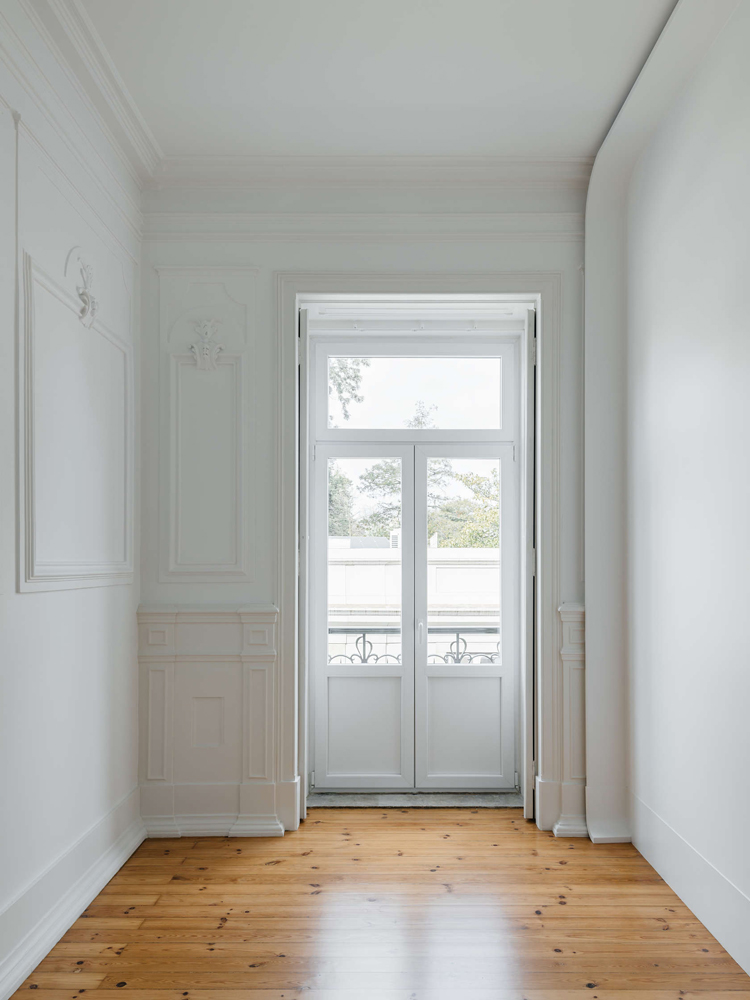 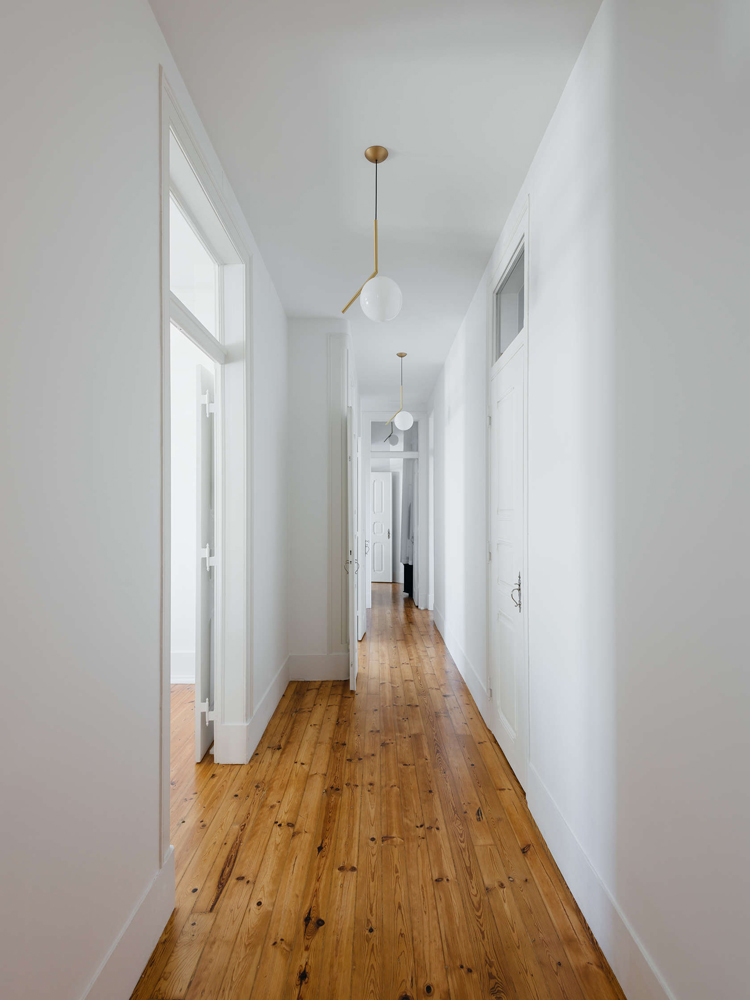 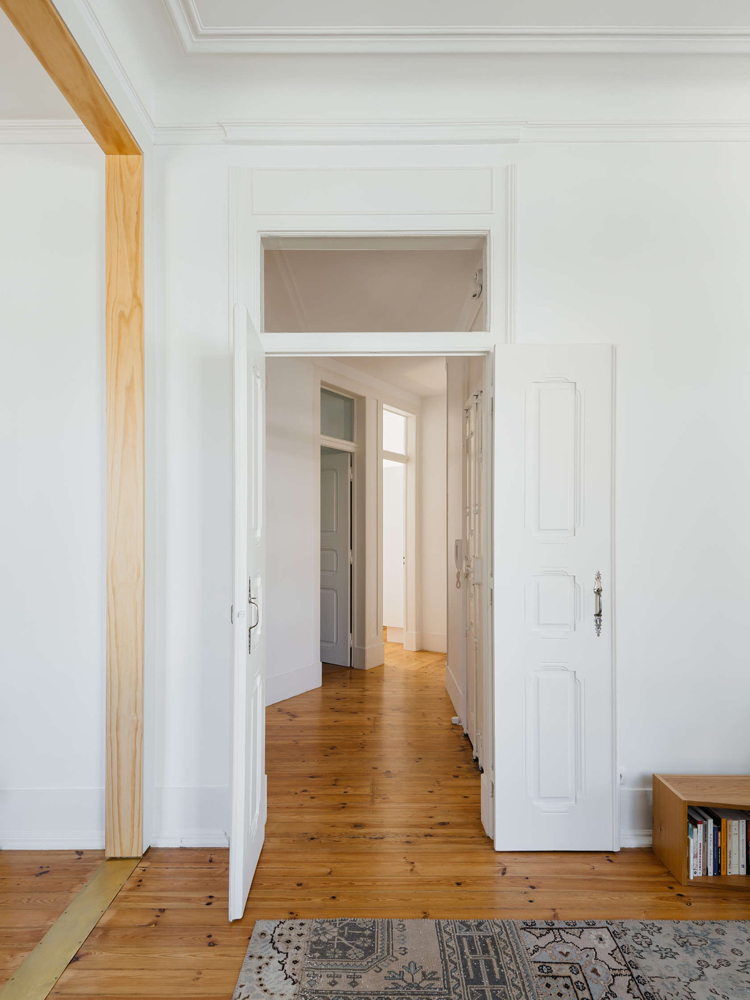 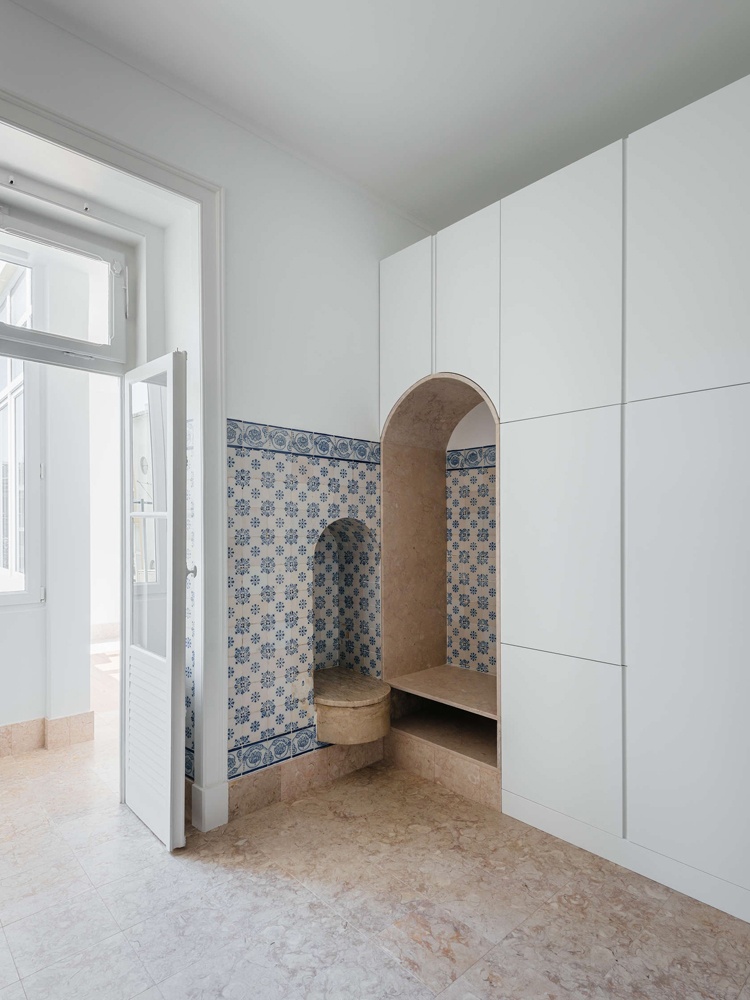 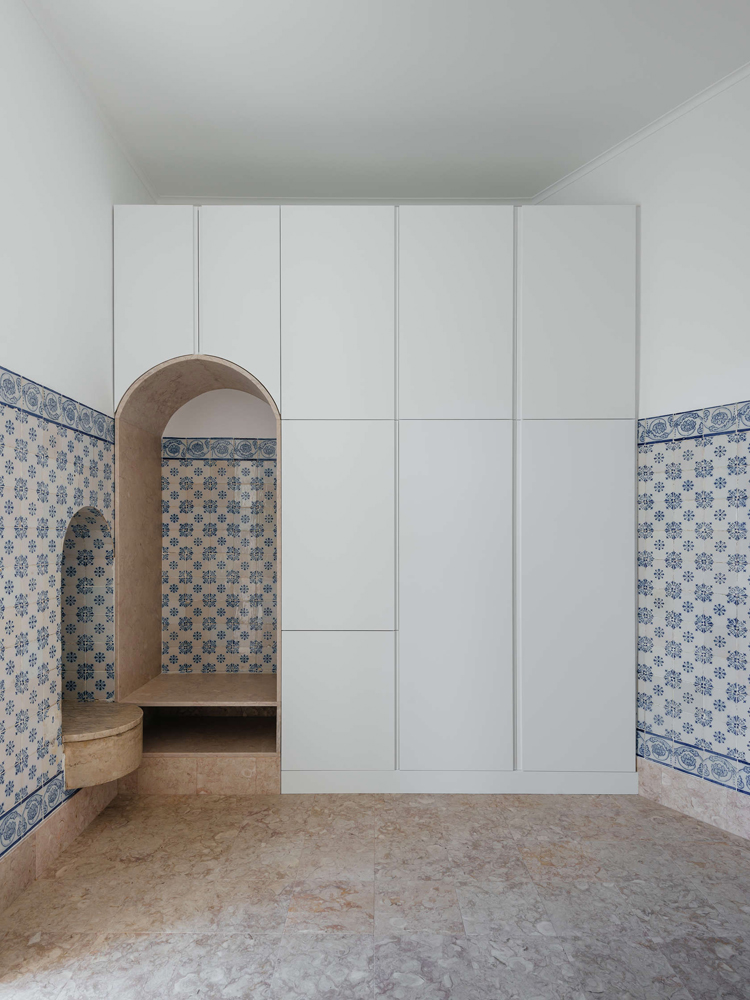 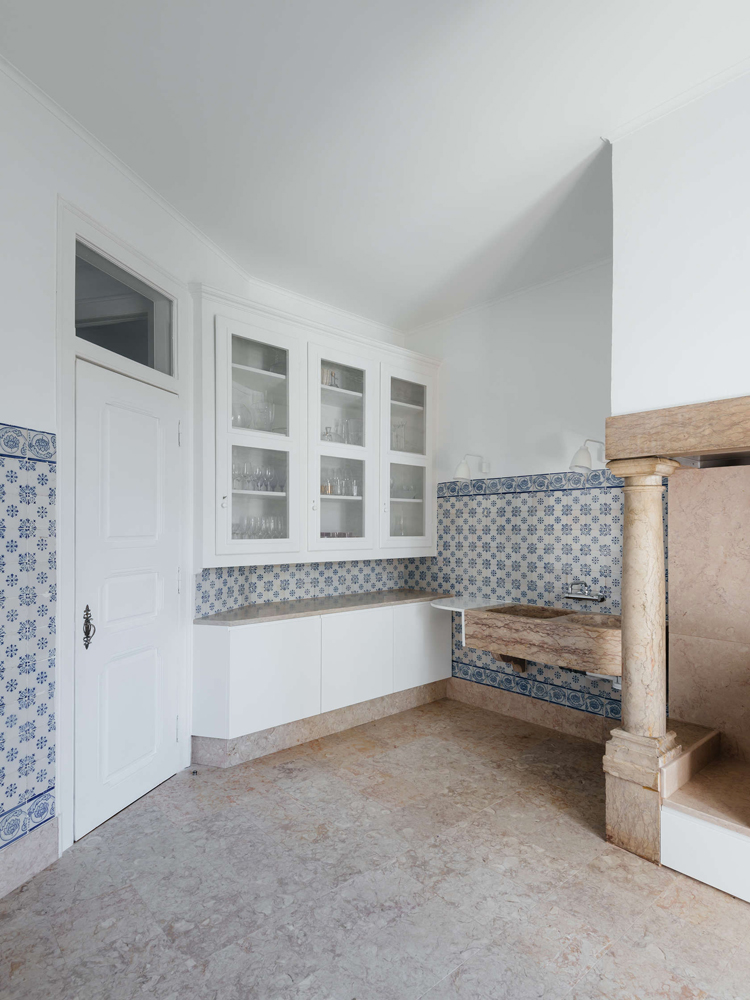 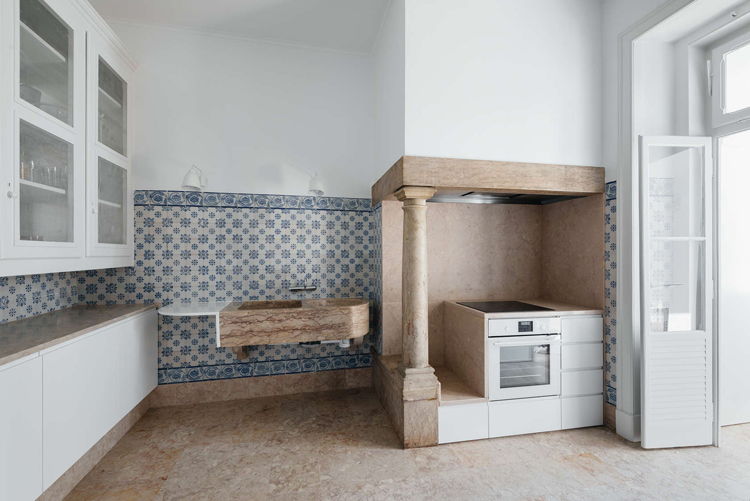 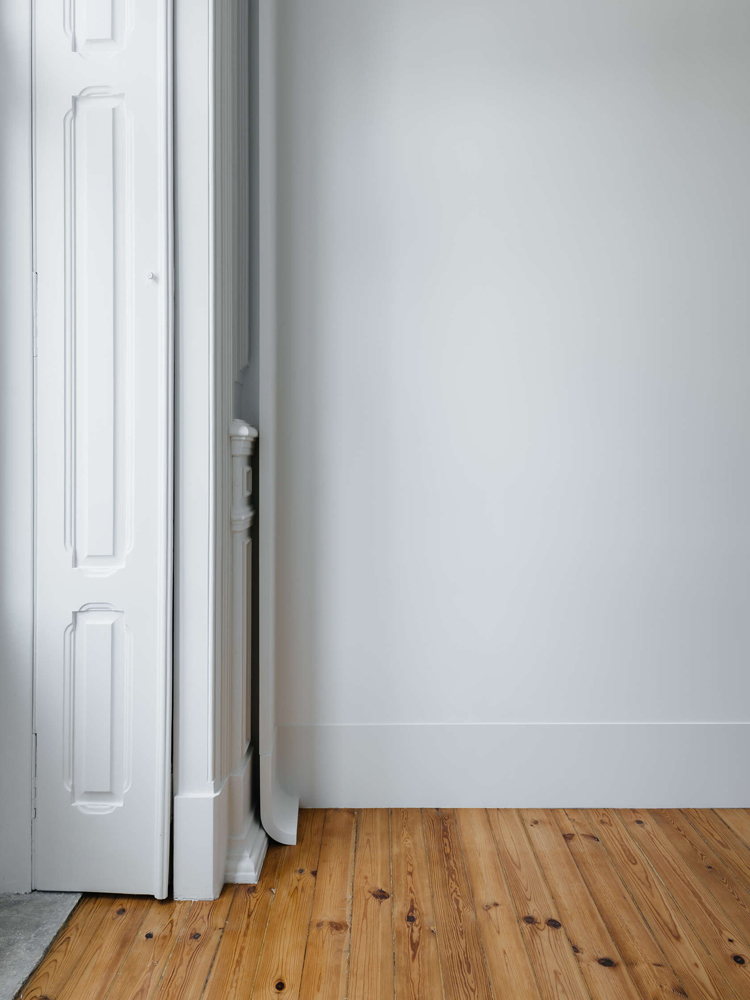 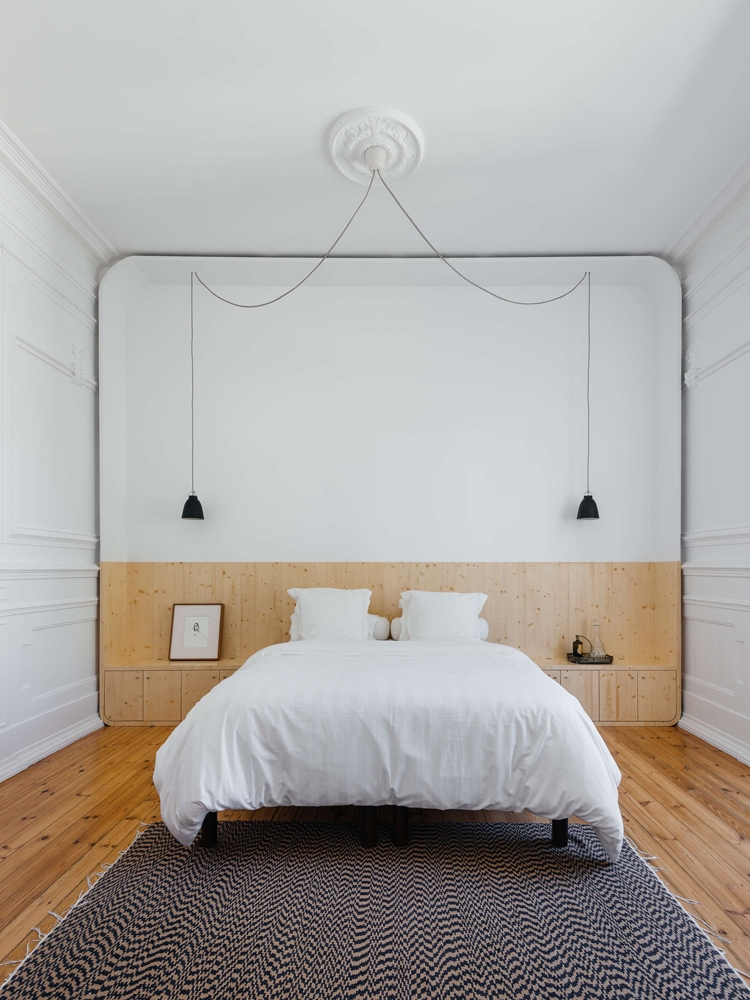 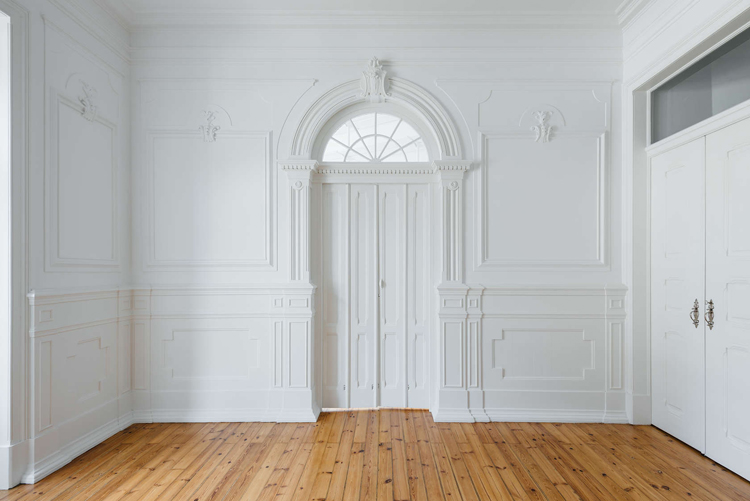 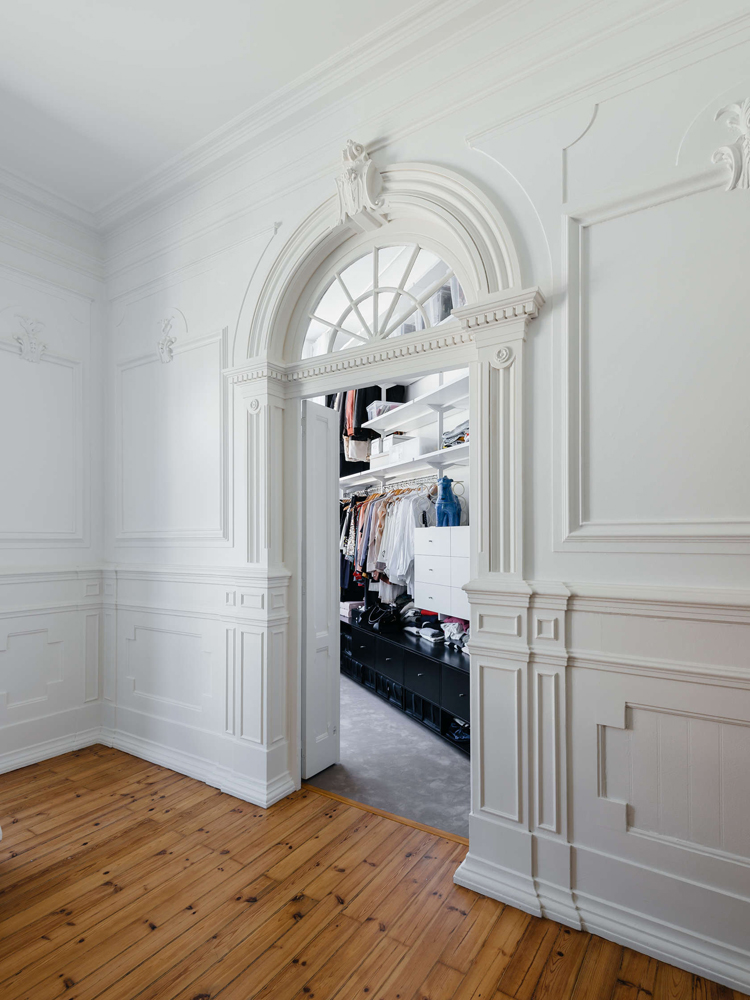 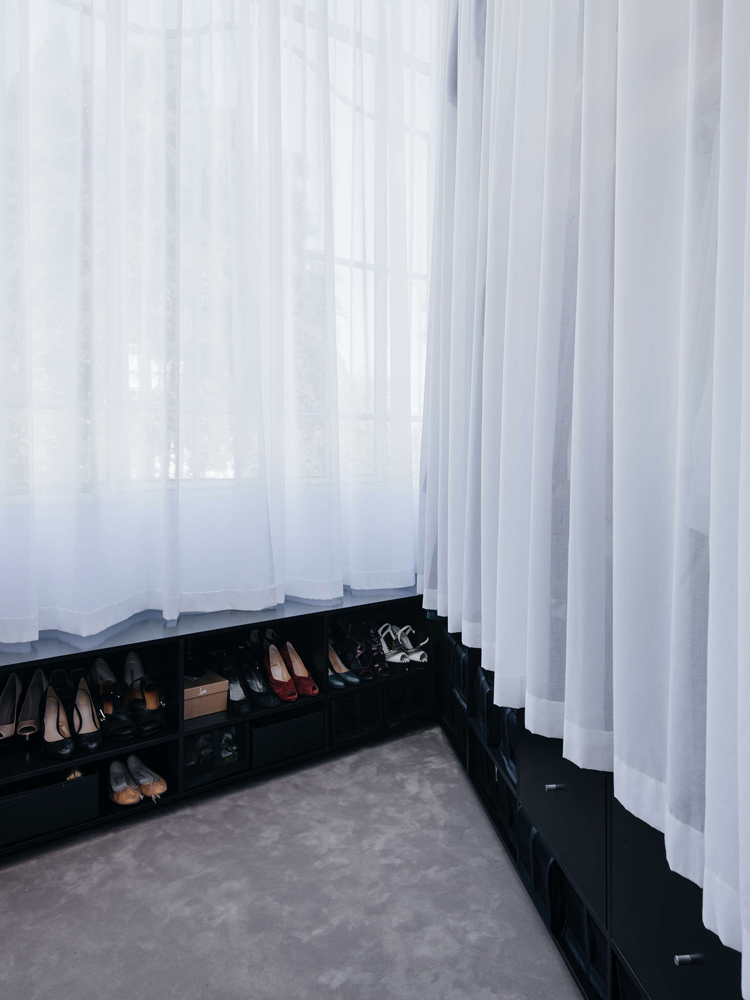 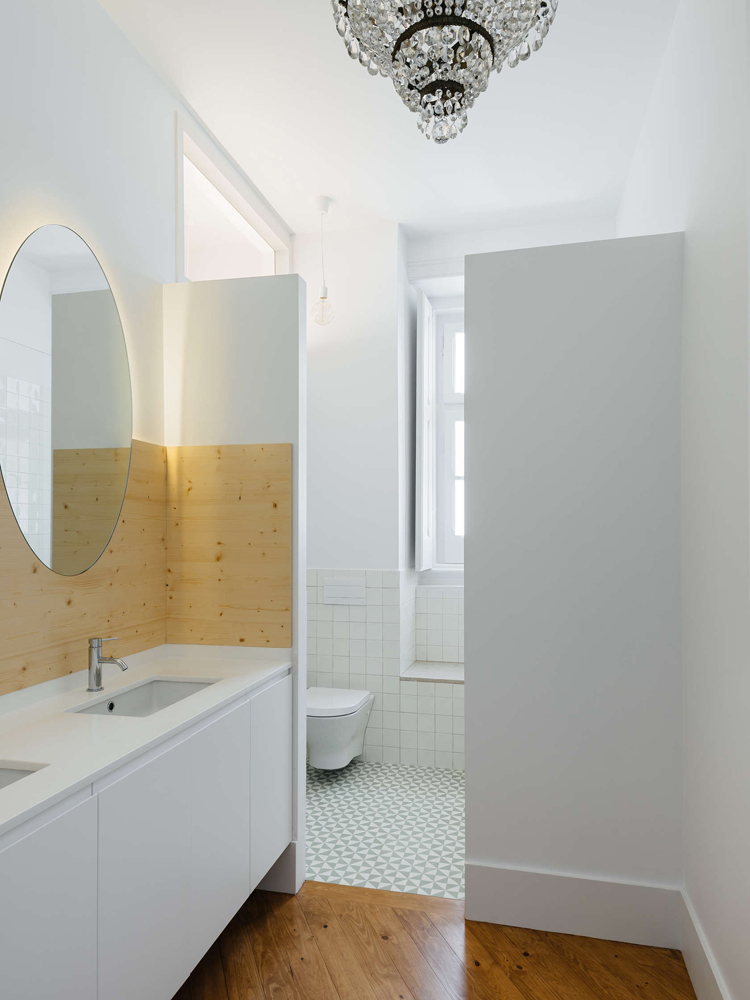 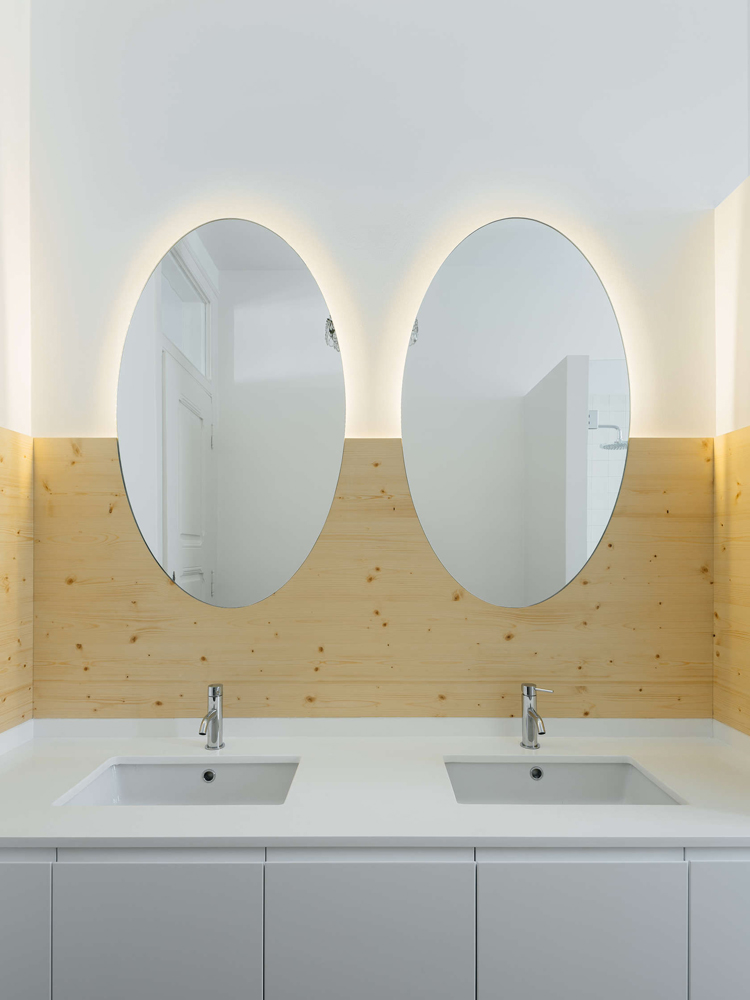 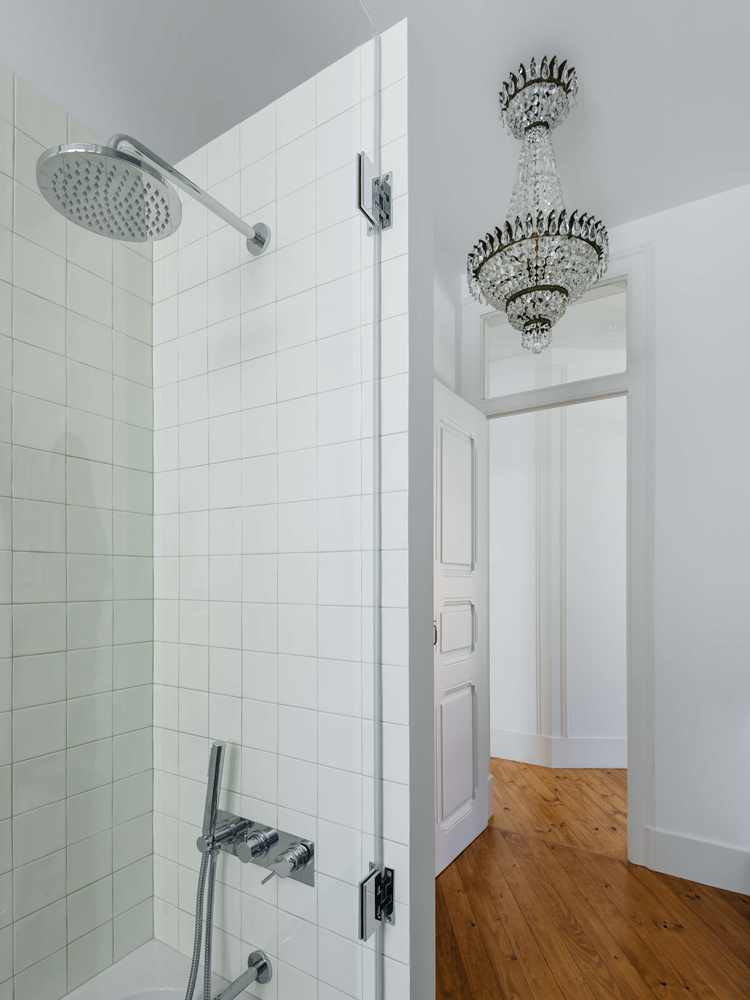 all images © do mal o menos