A bookshelf slides back to reveal a secret workspace inside this apartment in Berlin, recently overhauled by Itay Friedman Architects.

The owner had a clear idea and love for the industrial design and a dream of a loft space, giving the task to reinvent the mundane typical old building block apartment into a style to which it was never constructed for. The introduction and combination of materials such as metal, old bricks, patterned glass and old style factory tiles were key elements of this project, alongside the clients work, love for entertaining, cooking and having an optional guests room. 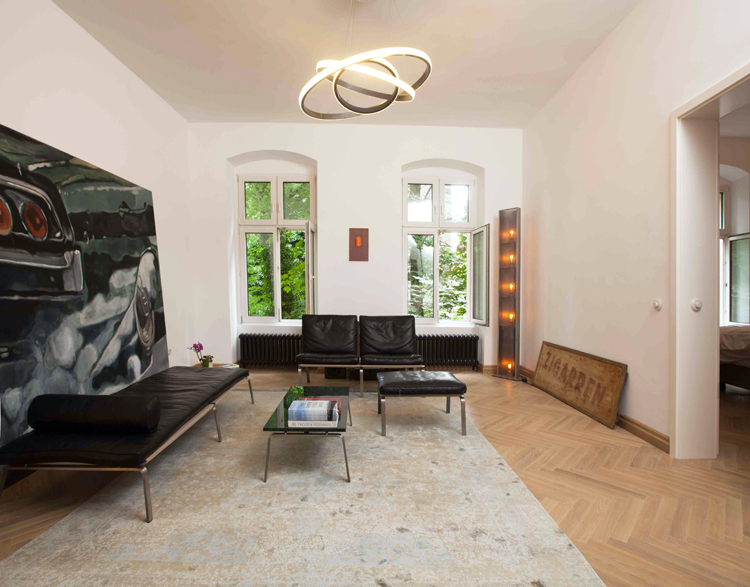 To incorporate all this, the design team first had to rethink the old circulation layout in order to try and reopen the space for all these different uses. Creating an oval shape movement diagram versus the old linear movement pattern, they essentially introduced the possibility to access every part of the space uninterrupted even if one part of it was blocked by use of its inhabitants. 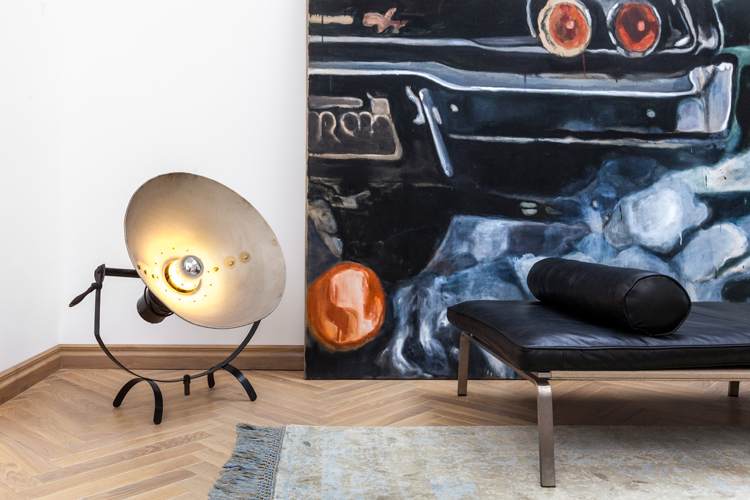 The entrance became the main gathering space of the apartment, acted as a access point to the living room / guest bathroom, toilet, service room and private bedroom. The living room could be both private and public due to the fact that Itay Friedman Architects installed a glass door, designed and manufactured specially for this flat. With it, the studio both extended the space combining living room and kitchen in to one as well as segregated it when needed as a guest quarter by a pre-installed curtain system blocking the transparency of the door. 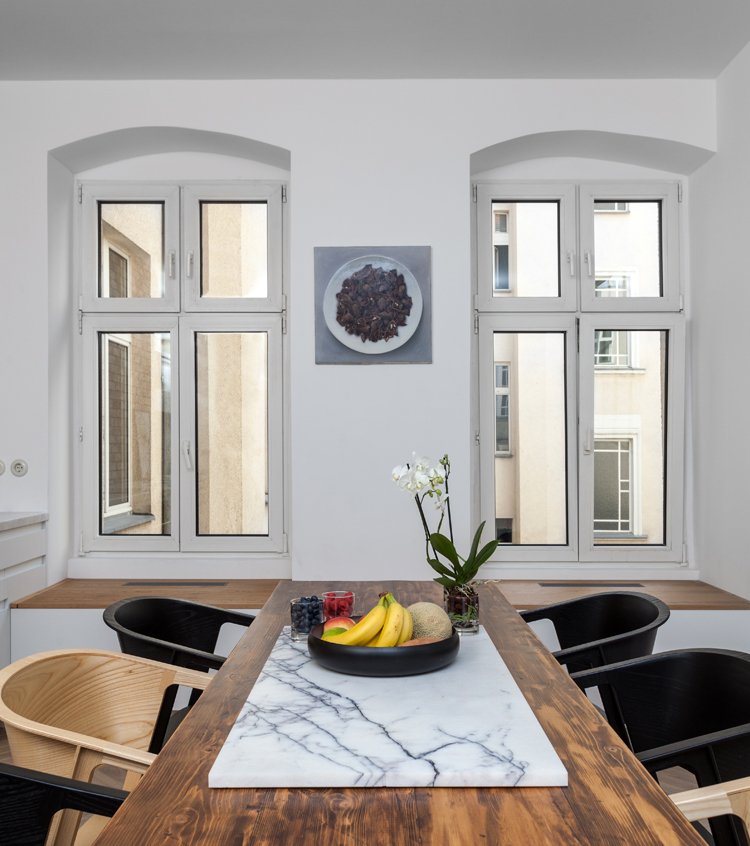 The service room acts as an extension to the kitchen, with extra work space / pantry, that can be opened or closed with a secret shelving door unit, or act as a corridor space to access the kitchen and entrance without engaging the living room space and at times when needed as a private extension to the bedroom. 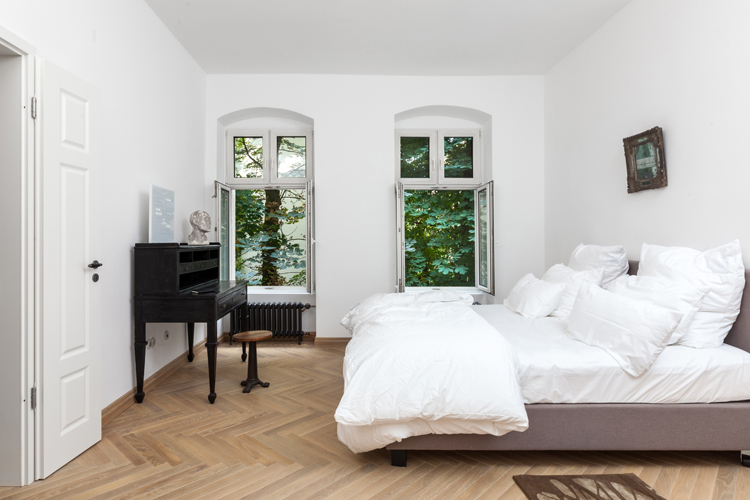 The bedroom is the most secluded part of the apartment, and to maintain it, architects have reinstalled old style double wing door to the living room and a secret mirror door to the service room by which creating a gradual movement through public and semi public spaces before reaching the private space.

The Brew Box pad concept created an abundance of containing spaces or as one would say “a box in a box” , creating self sustainable spaces for both living working and entertaining. 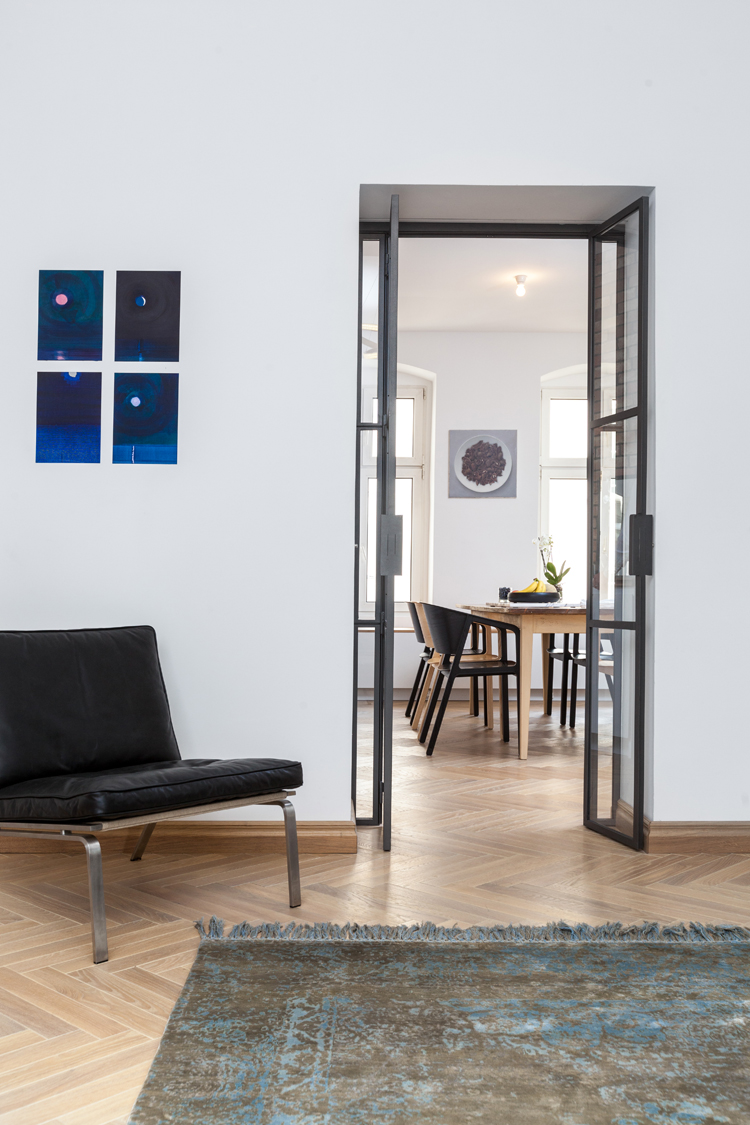 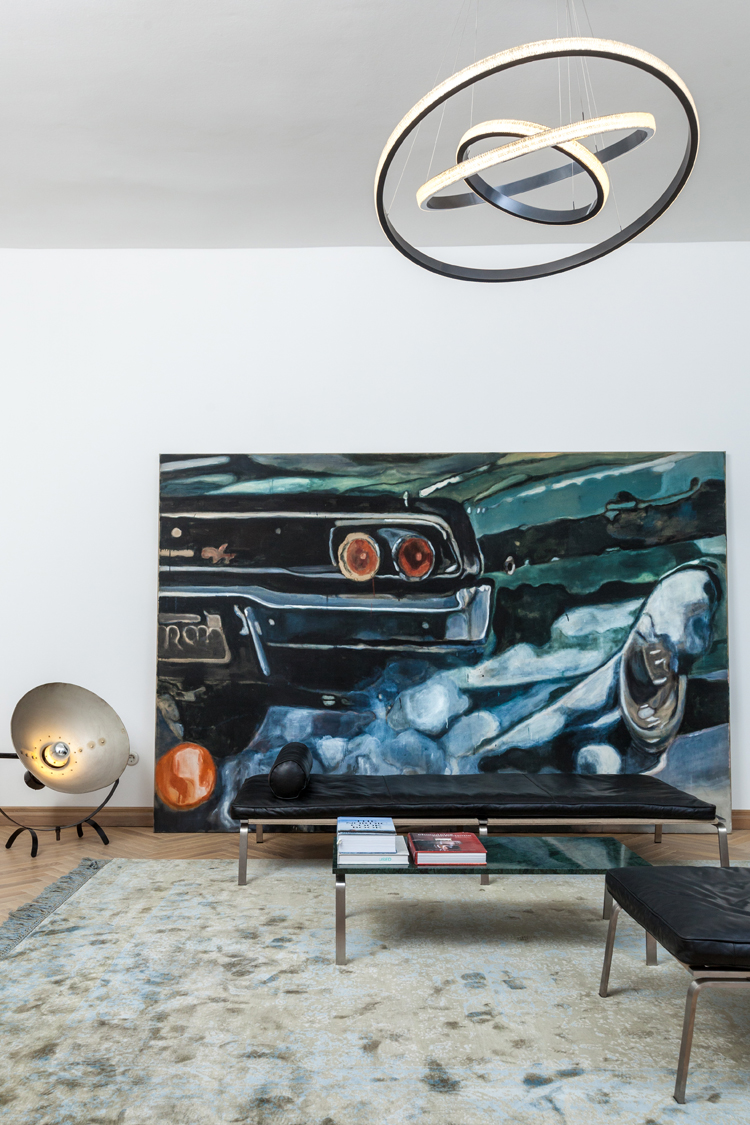 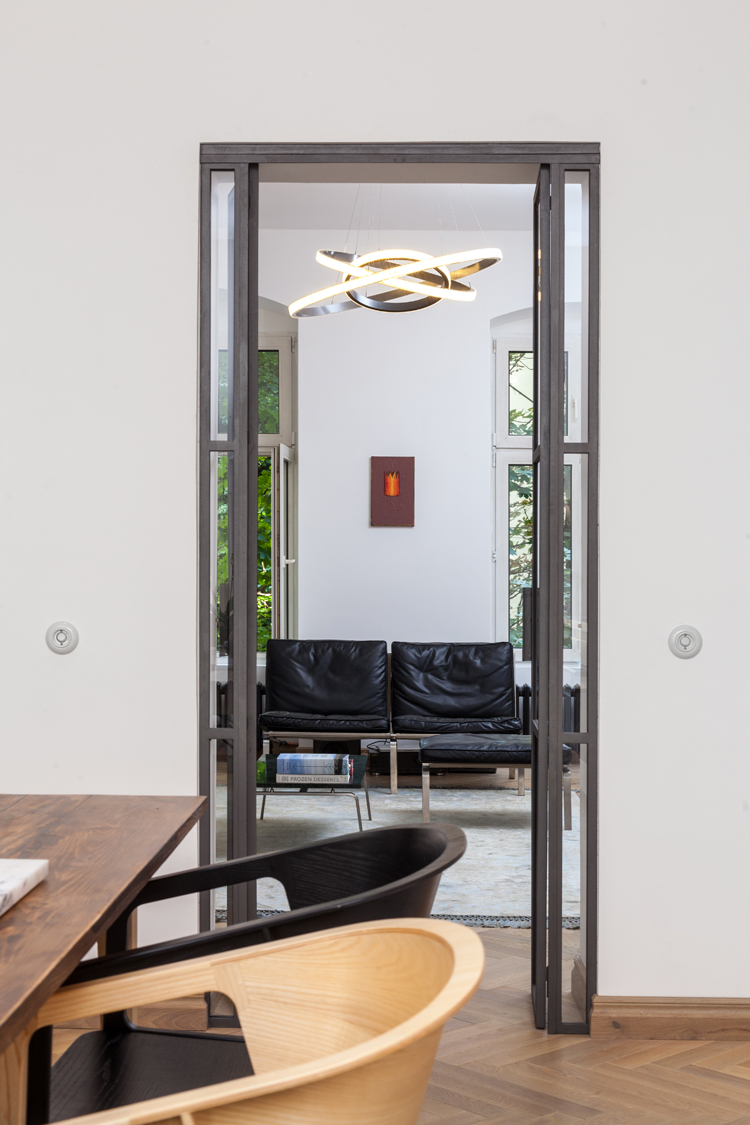 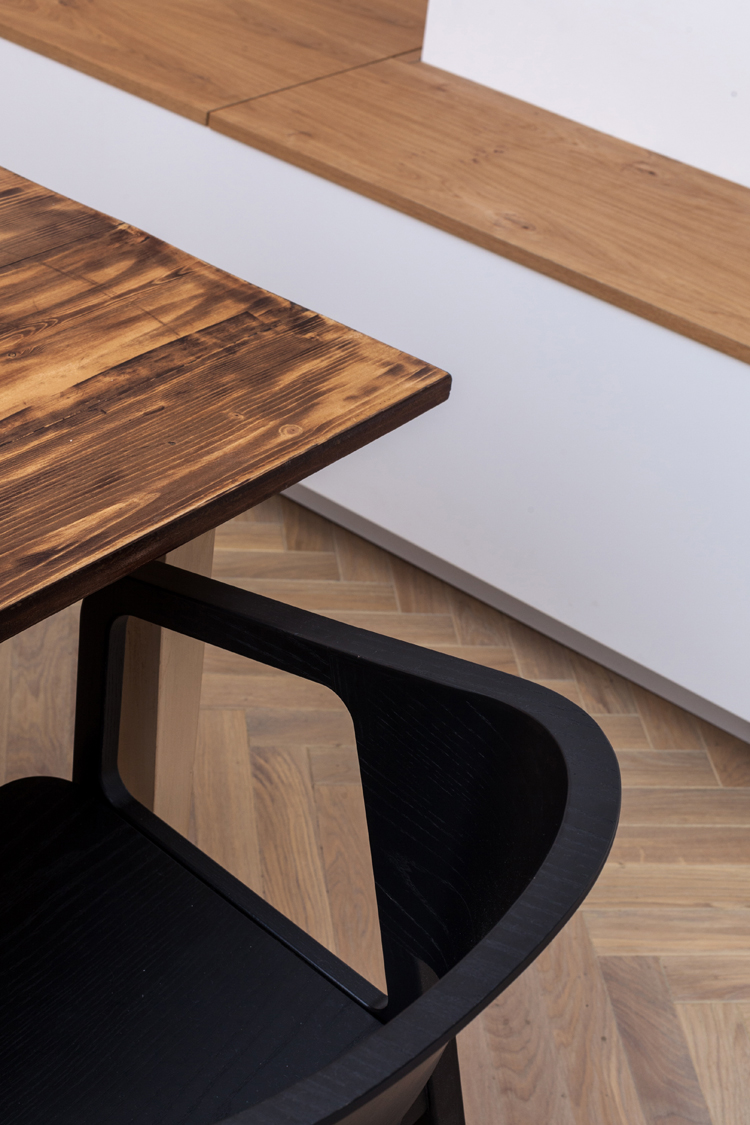 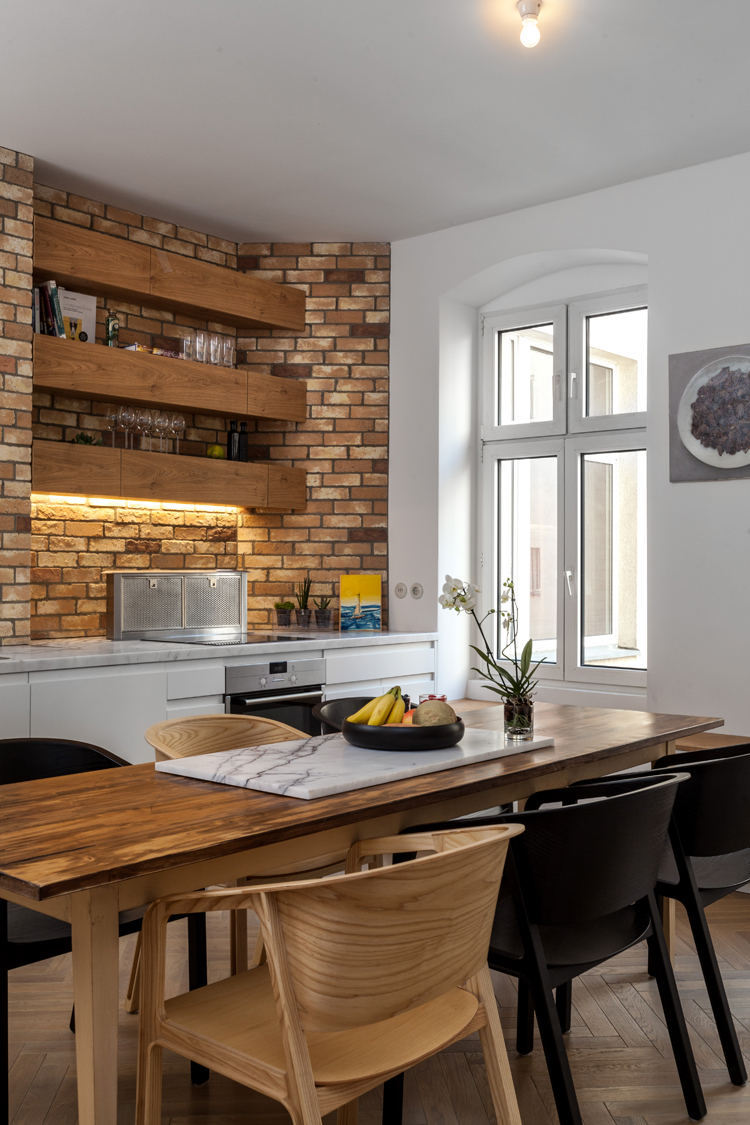 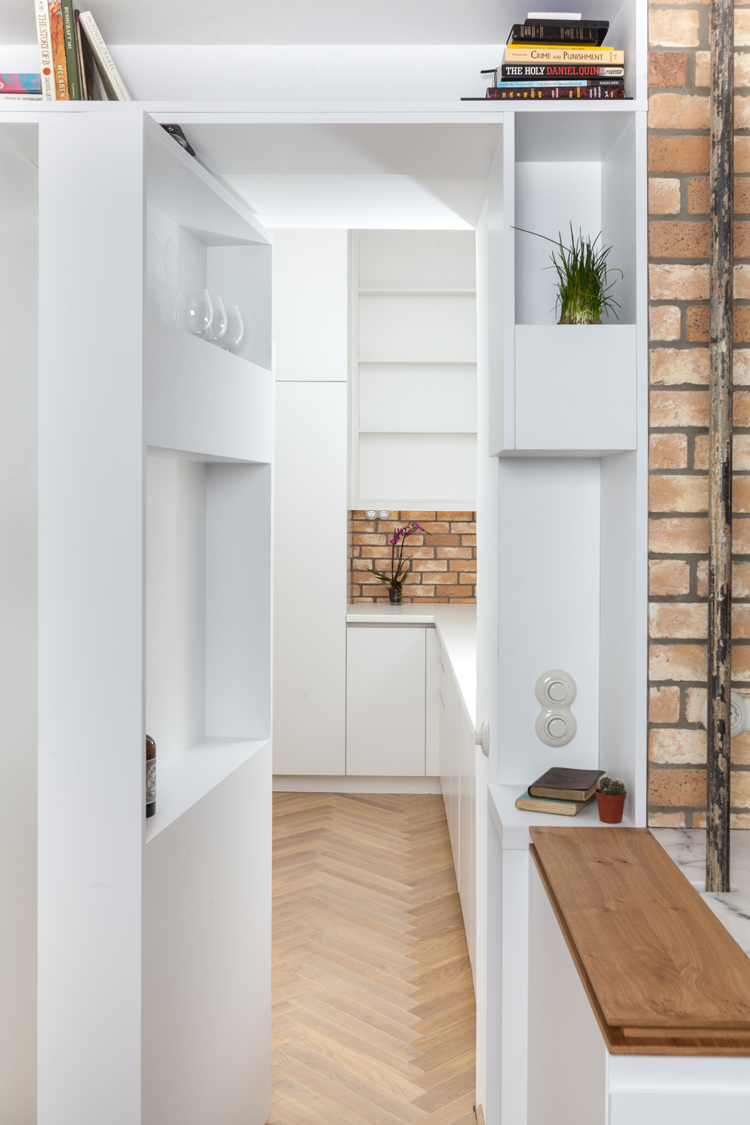 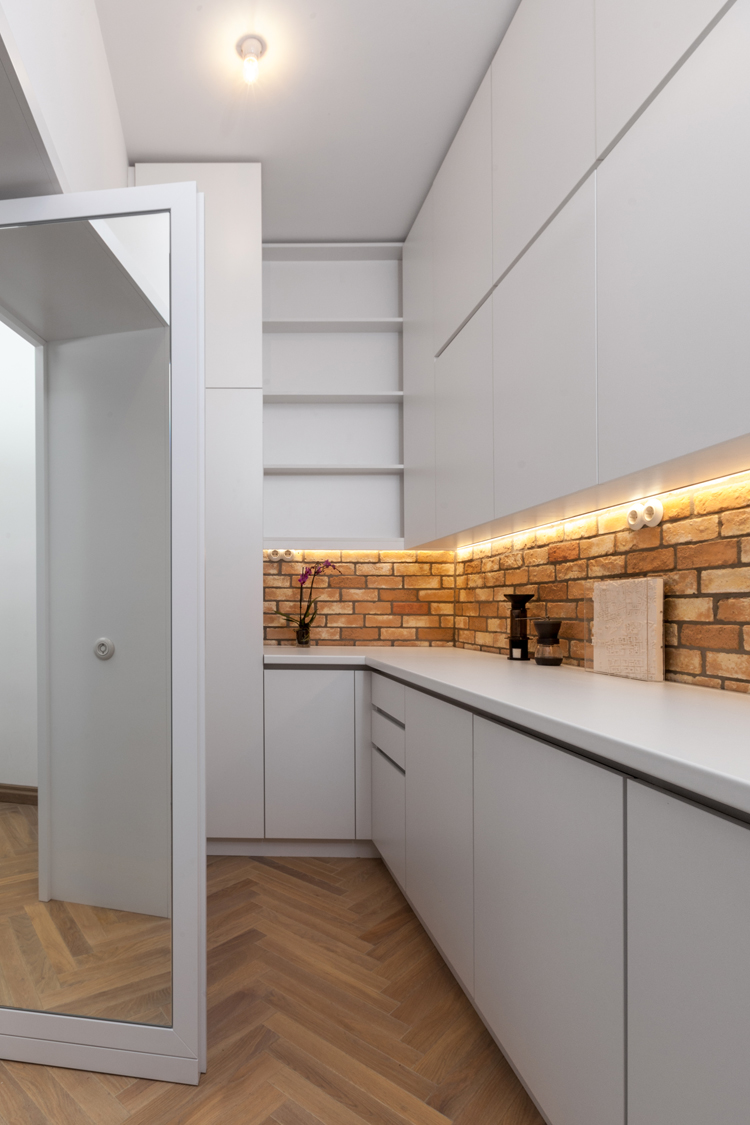 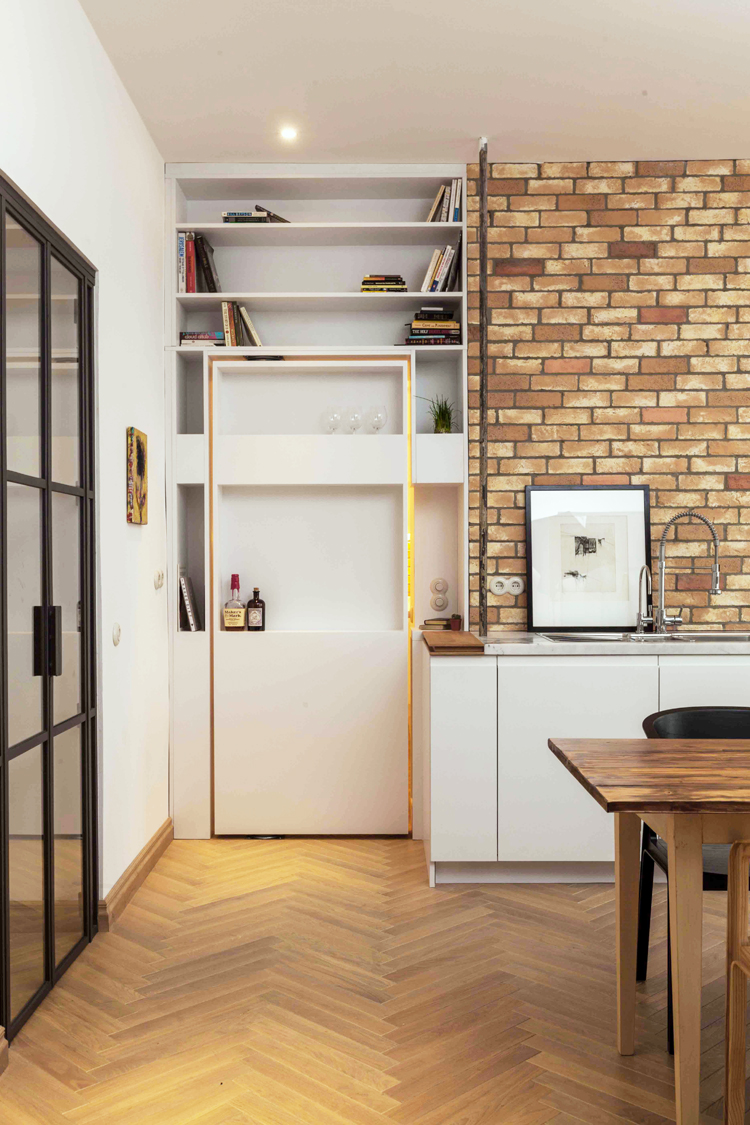