UK studio APA has transformed a London warehouse space into an apartment for two theatre and film directors. The building, built in the 1930s, had a former life as a shoe factory.

The London studio worked together with film and theatre director Dalia Ibelhauptaite and actor-turned-director Dexter Fletcher to ensure the Clerkenwell apartment reflected the couple’s personal interests. The old factory has a roughness, an authenticity, which appealed to Dexter, whose film background supports a love of architecture seen through a lens, in movement. 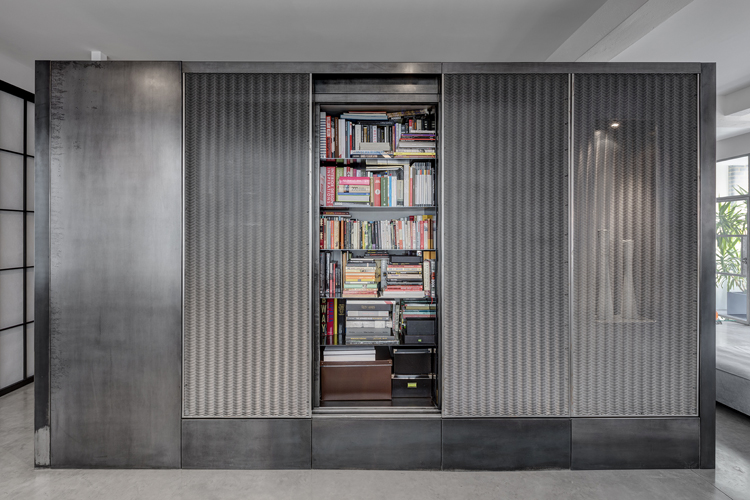 The clients were drawn to it for its expansive windows, though the old arrangement of rooms meant that these were always partially hidden from view.

The existing window frames which work together on metal rods ‘in unison’ for ventilation are a complex but beautiful mechanical pivoting system which creates a raw and industrial aesthetic that retains a certain dynamic of movement, even when static. 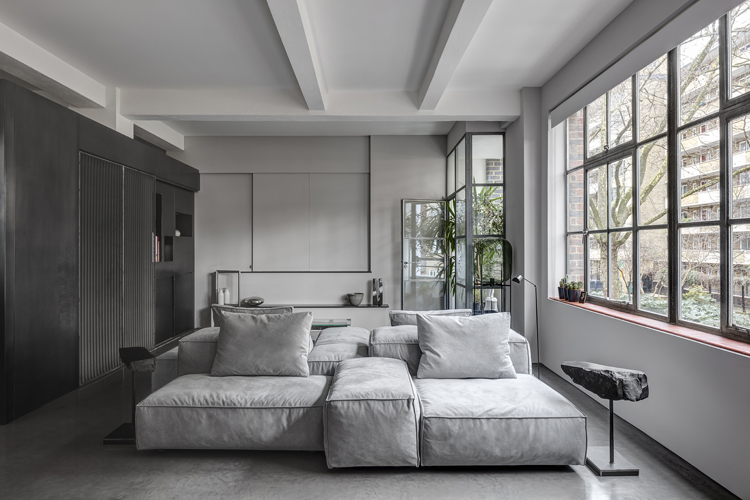 Dalia’s operatic set design skills became the design core around which the space was manipulated. A black box like a huge fly tower sits centrally in the space. This houses a bathroom, film and book archive and laundry facilities.

The black box sets about a pattern of architectural movement so that the spaces wrap around it. Each side of the cube is characterised by a different function: reading & sleeping / working, preparing food & dining / socialising & relaxing. The whole space is however a continuous wrap. The cube surfaces open and close, incorporating raw steel walls, blackened mesh screens, metal shelves, recesses, decorative niches and sliding doors. It is Baroque in complexity but simple in function. 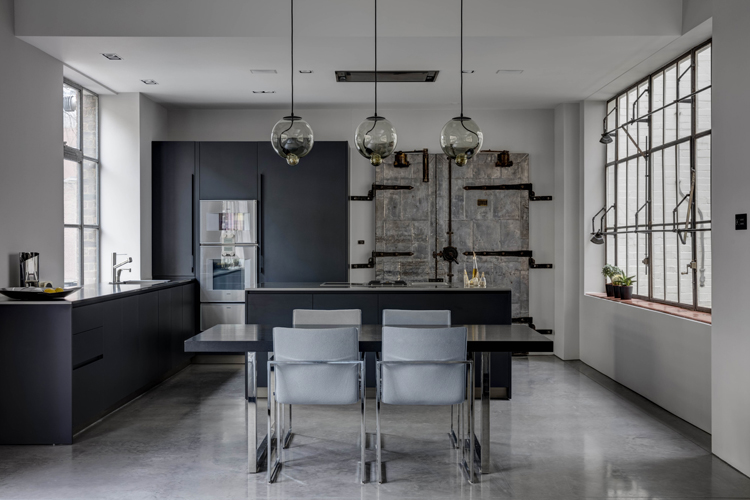 The choice of materials, furniture and moveable wall screens is deeply personal, inspired by family history as well as evoking memories of journeys in Japan, Belgium, and Argentina, each captured by fragments that combine to create a dark mystical dream at night or a textural landscape in daylight. 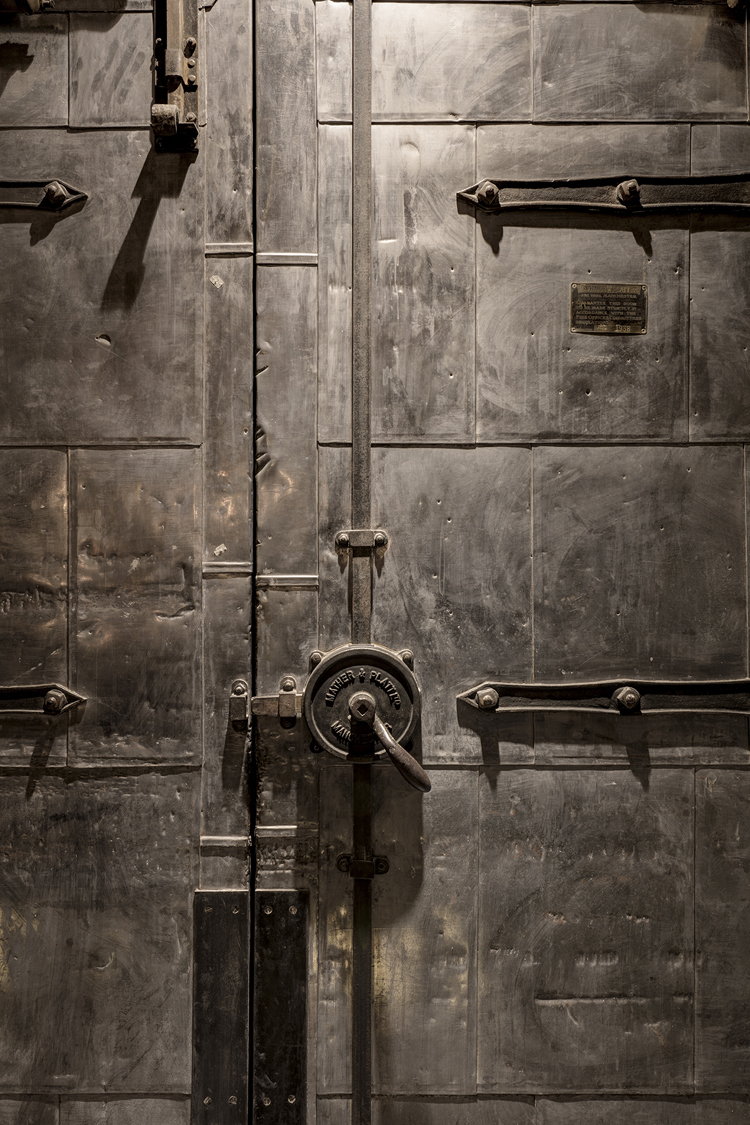 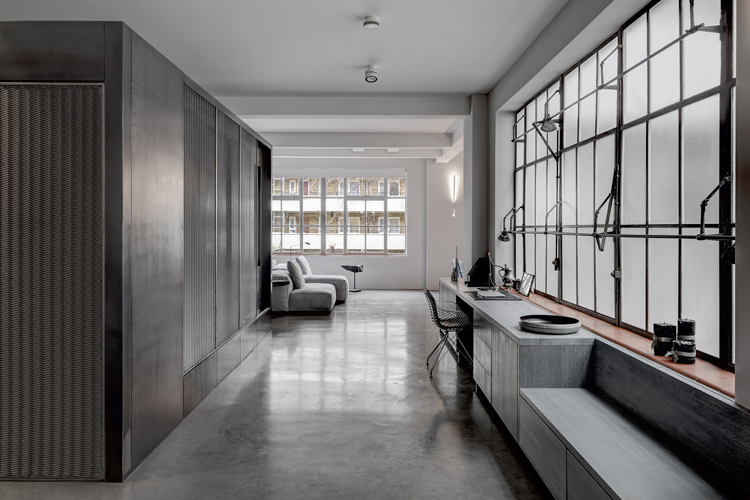 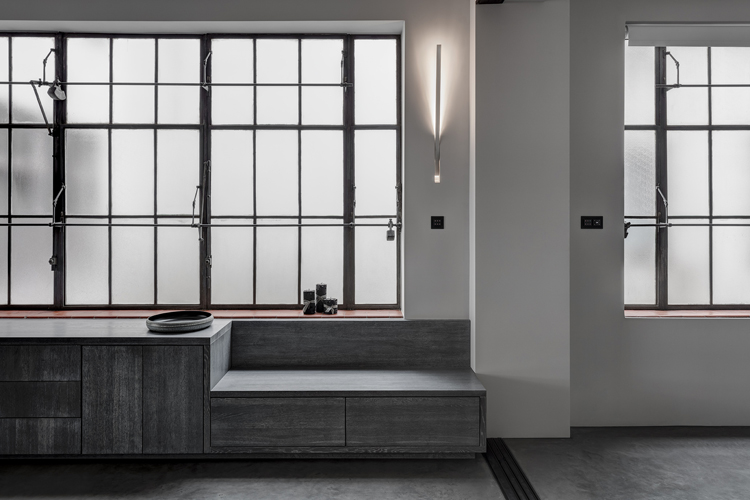 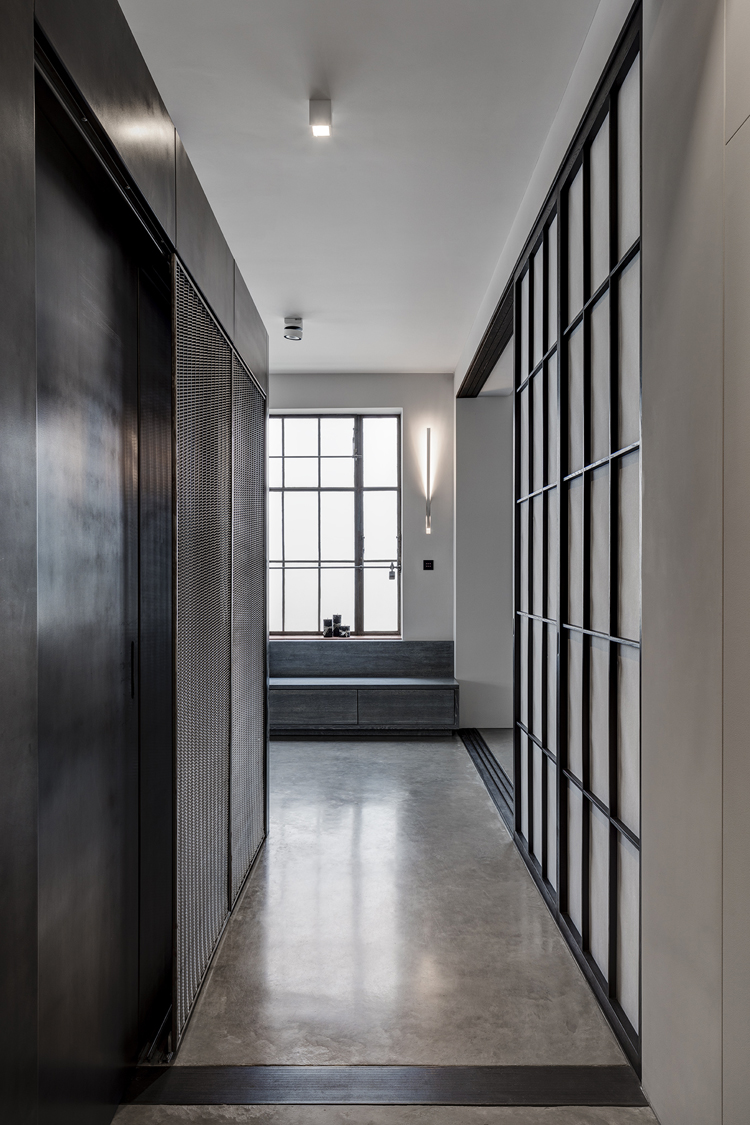 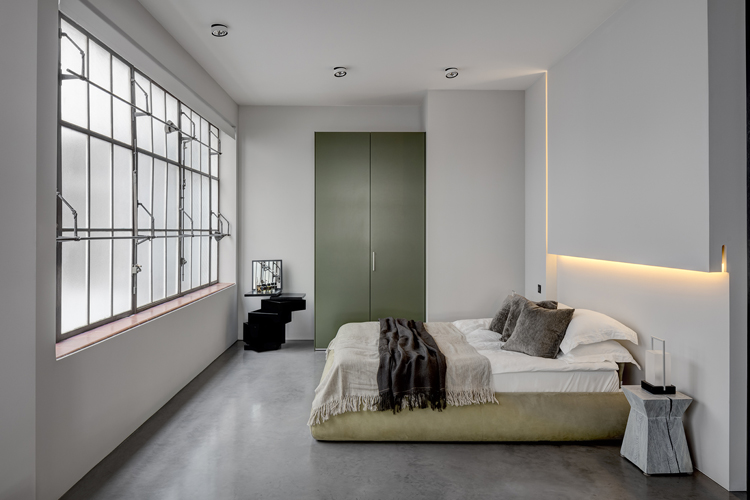 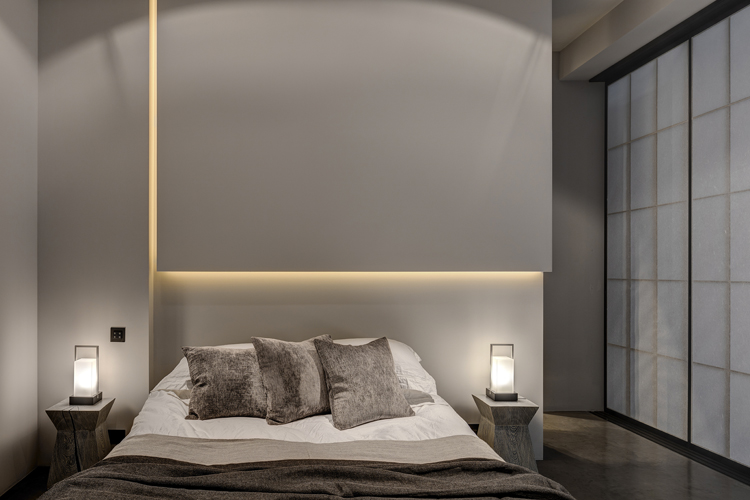 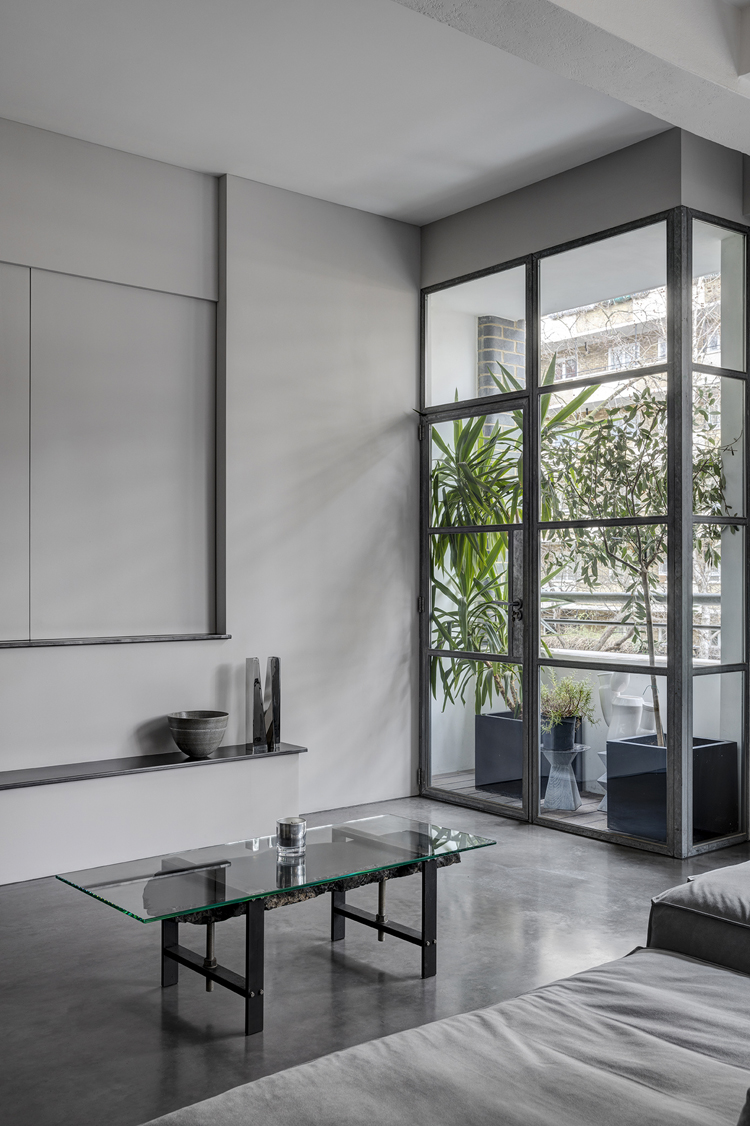