Set within the Andean foothills just beyond the metropolis of Santiago, the new Bahá’í Temple of South America is designed by the distinguished Canadian architect Siamak Hariri as an invitation for spiritual contemplation and architectural pilgrimage.

Surrounded by reflecting pools and a landscape of native grasses, the temple is a domed, luminous structure that echoes the rolling topography of the Andes while appearing to float some 30 metres above the earth. 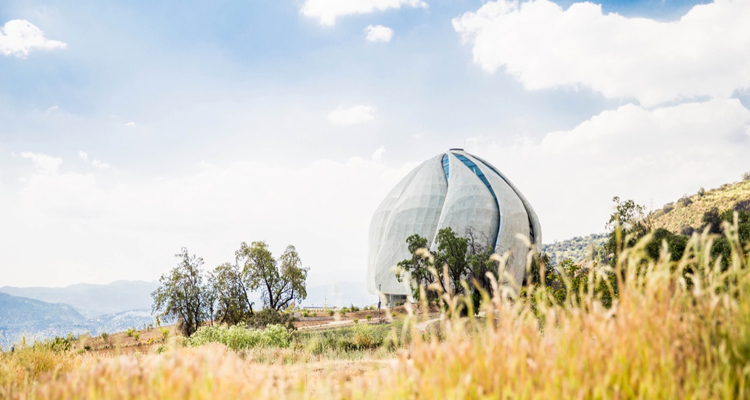 The Bahá’ís believe in the critical role of volunteerism to heighten their prayer and reflection. Its nine monumental glass veils frame an open and accessible worship space where up to 600 visitors can be accommodated on curved walnut and leather seating. Looking up to the central oculus at the apex of the dome, visitors can experience a transfer of light from the exterior of cast glass to an interior of translucent Portuguese marble. At sunset, the light captured within the dome shifts from white and silver to ochre and purple. Bahá’í Temples are conceived to reflect an ideal of universal worship where women, men and children can gather together as equals. 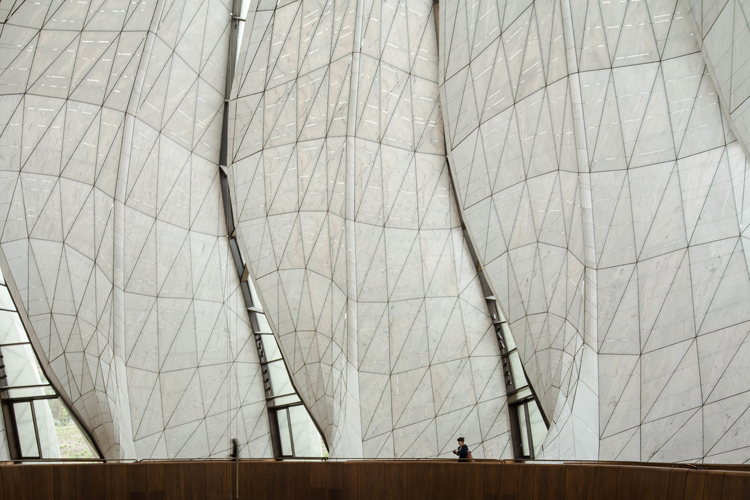 Openness and transparency are fundamental to both the structure and its site. The structure be accessed by nine entrances located at regular intervals around the domed structure, while curving paths lead visitors on walking meditations through the sloped landscape. Chilean landscape architect Juan Grimm transformed a barren golf course into a colourful landscape planted with native, drought-resistant varieties that extend generously around the temple. 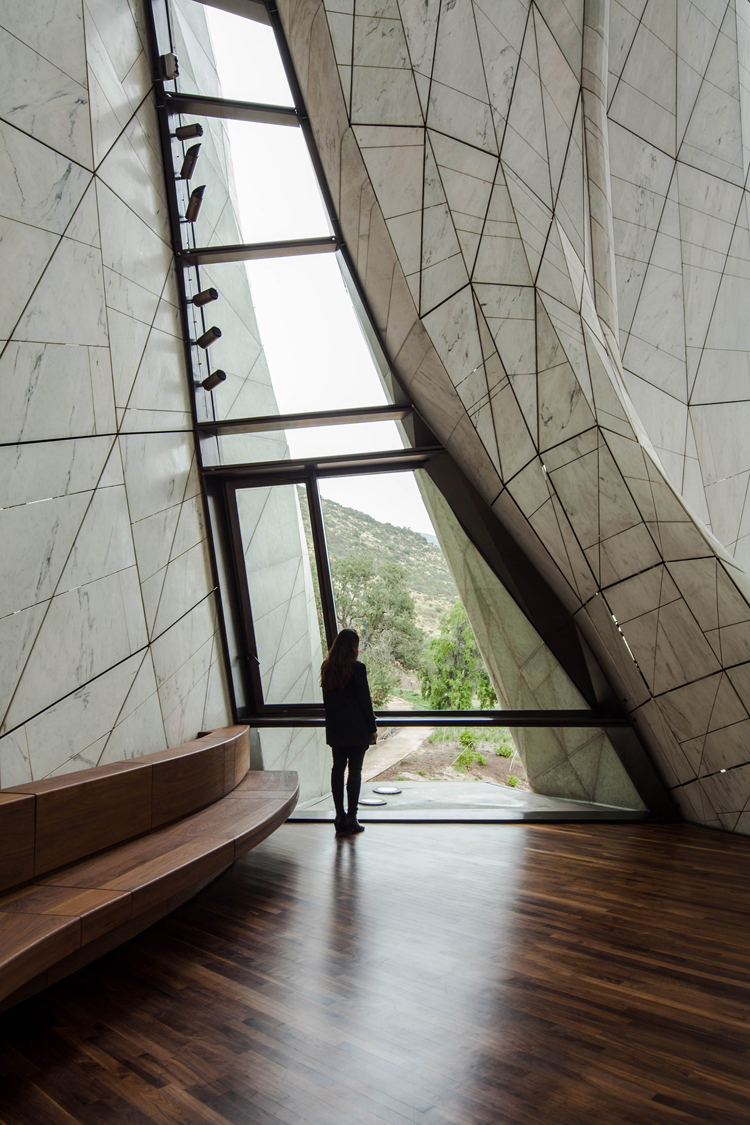 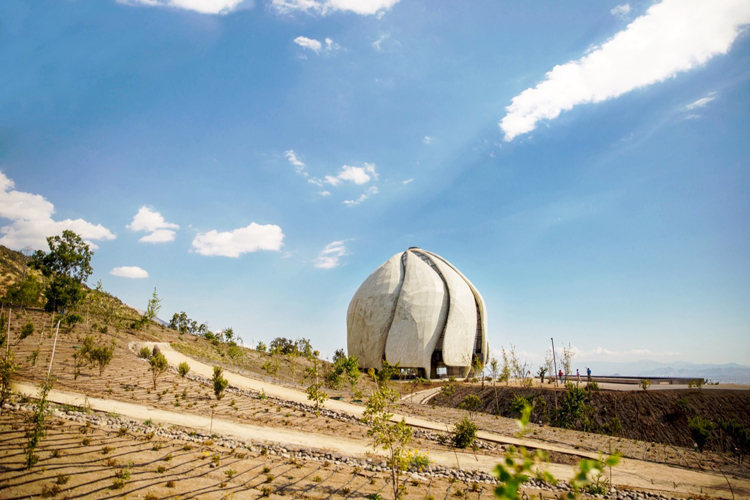 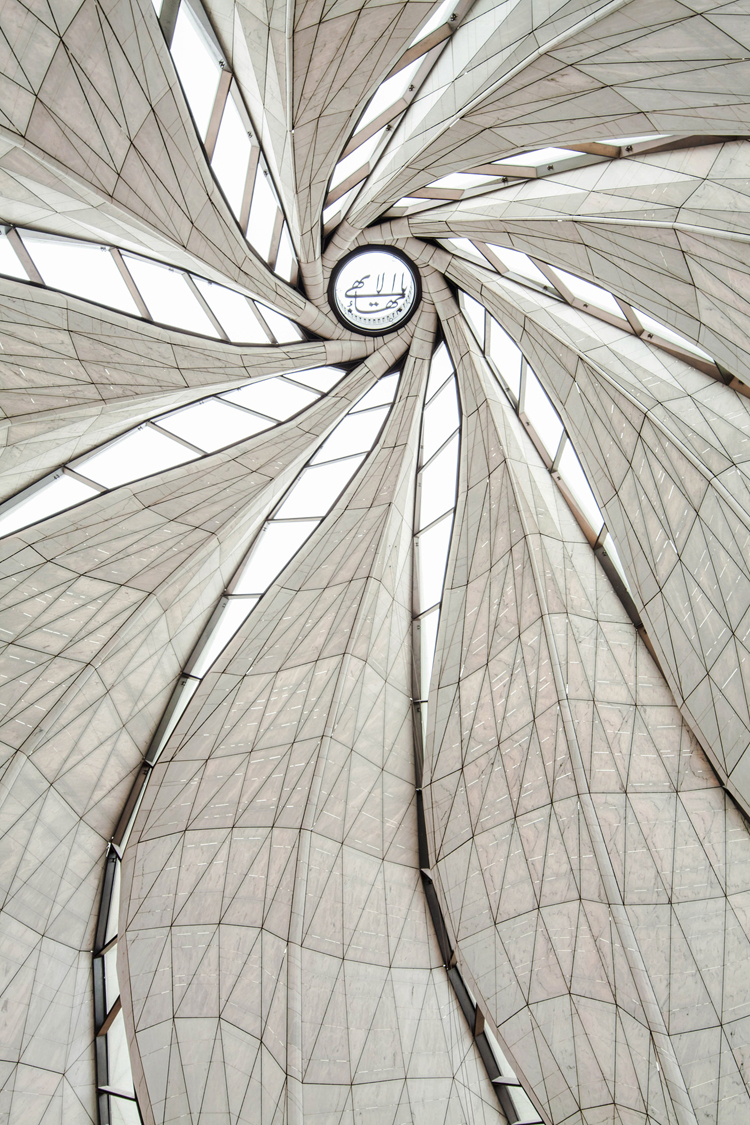 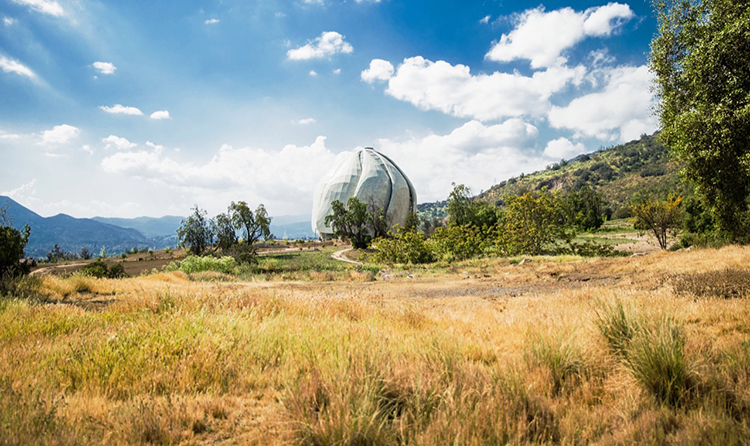 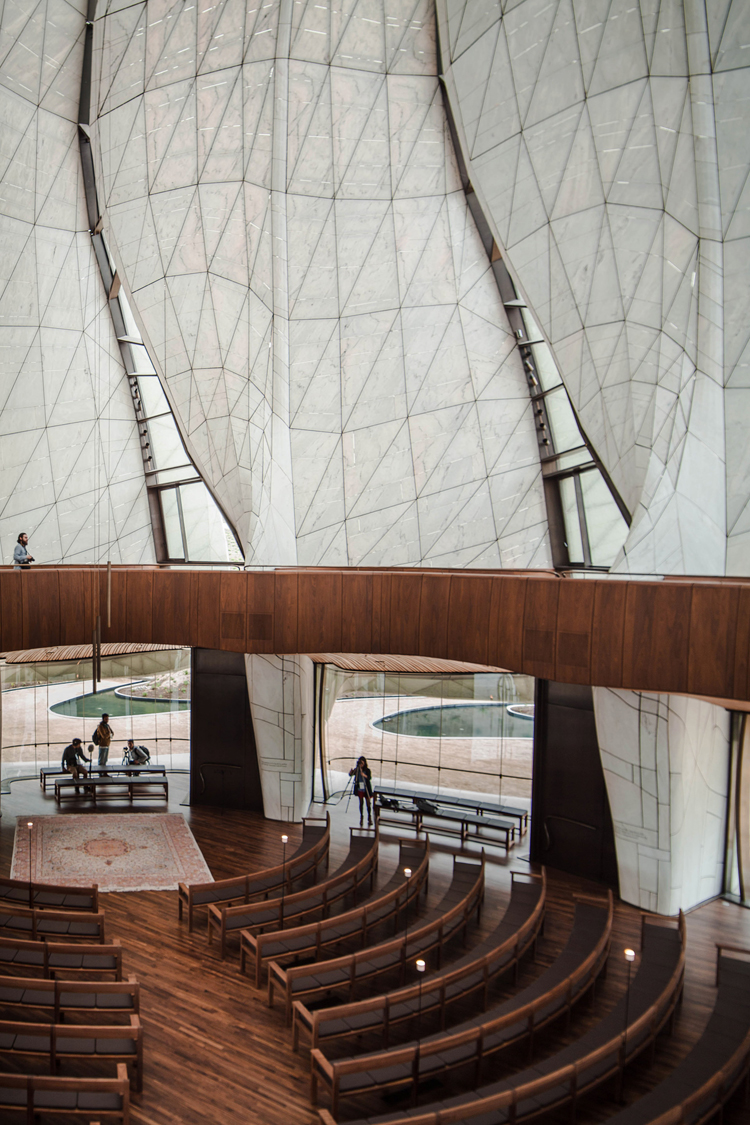 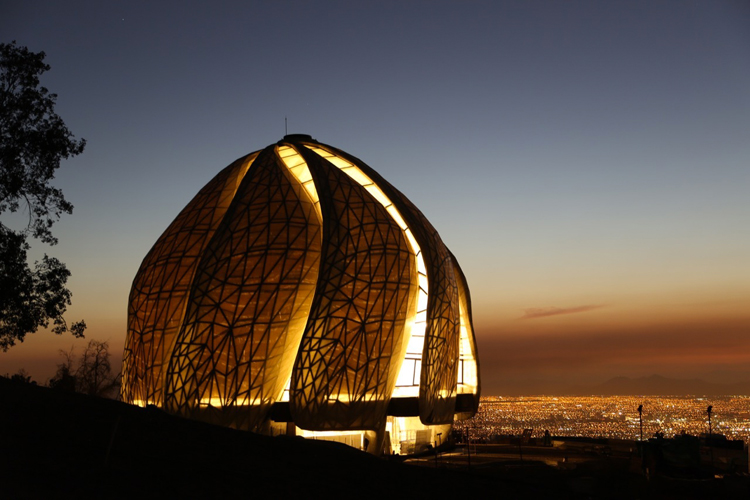 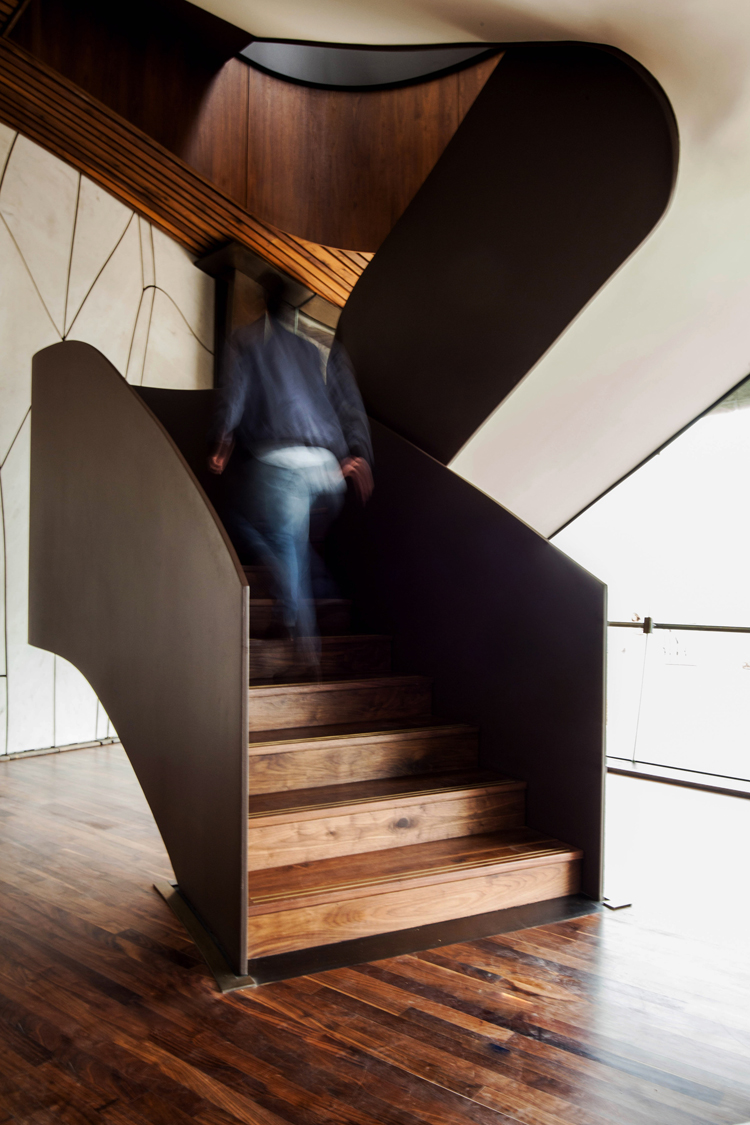