The project endows the former idea of free plan, but exposes it ‘as found’ leaving its ‘modern’ steel columns and beams freestanding with their rough welds, as well as uncovering the traditional gentle ceiling vaults; enhancing very specific qualities of the construction means of those 1970’s in Barcelona. This way an ‘infrastructural space’ is defined, as a permanent envelope in which smaller and temporary interventions will arrange ‘inhabitable settings’.

A series of timber pieces are displayed within that envelope stressing the divorce between space and structure. Their shape, size and material qualities suggest places to be lived-in, from the sheltered interior of a panelled room to the gathering central space of the house. 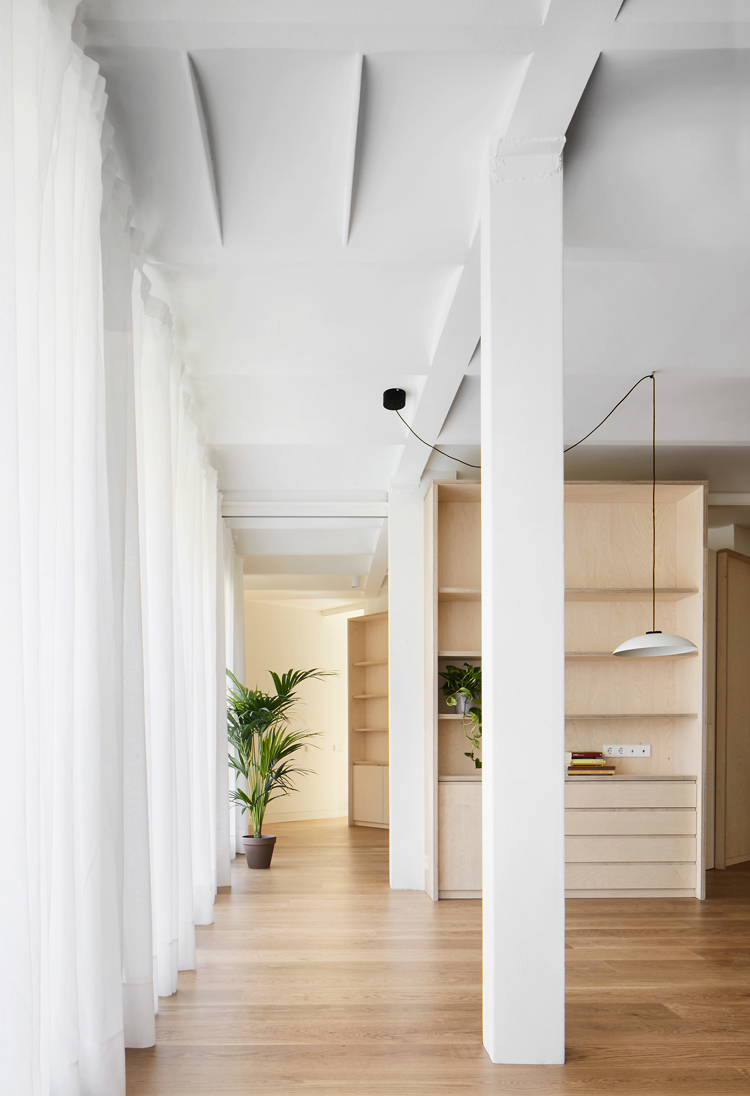 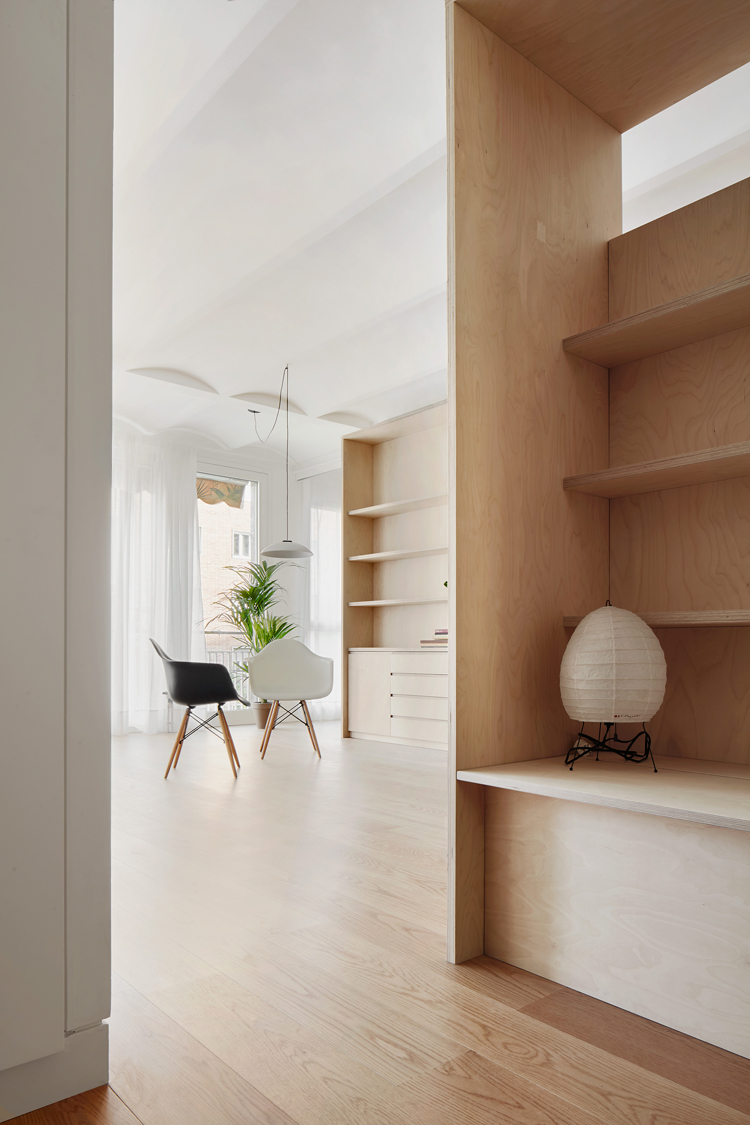 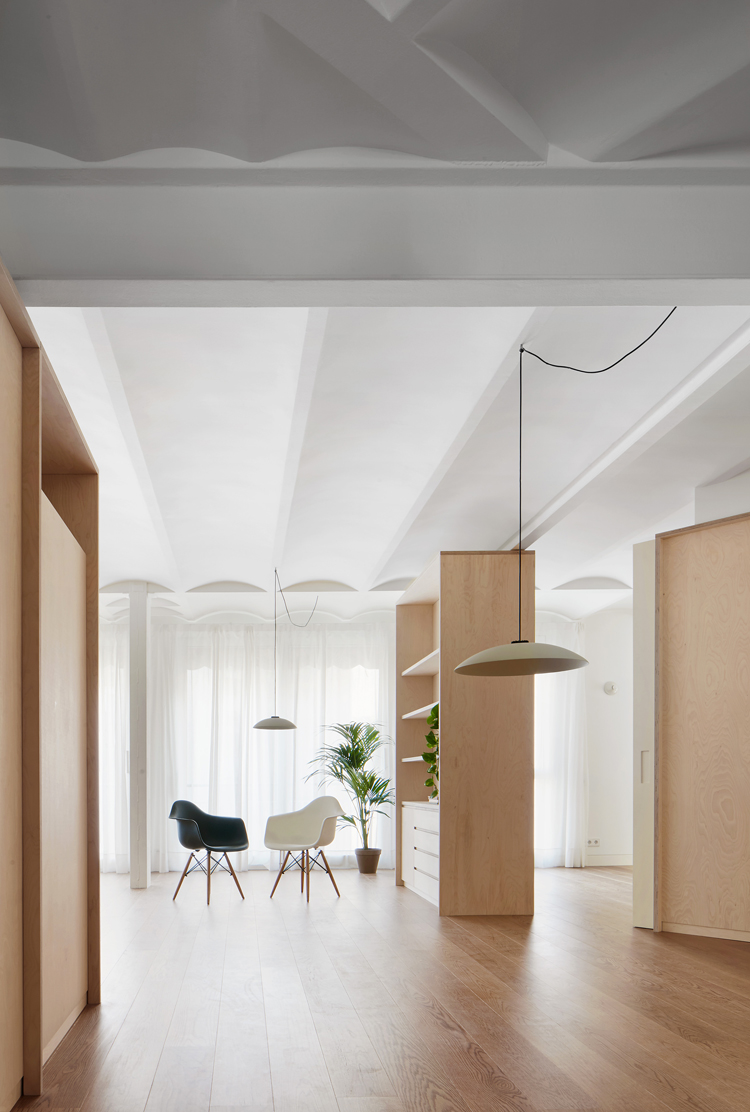 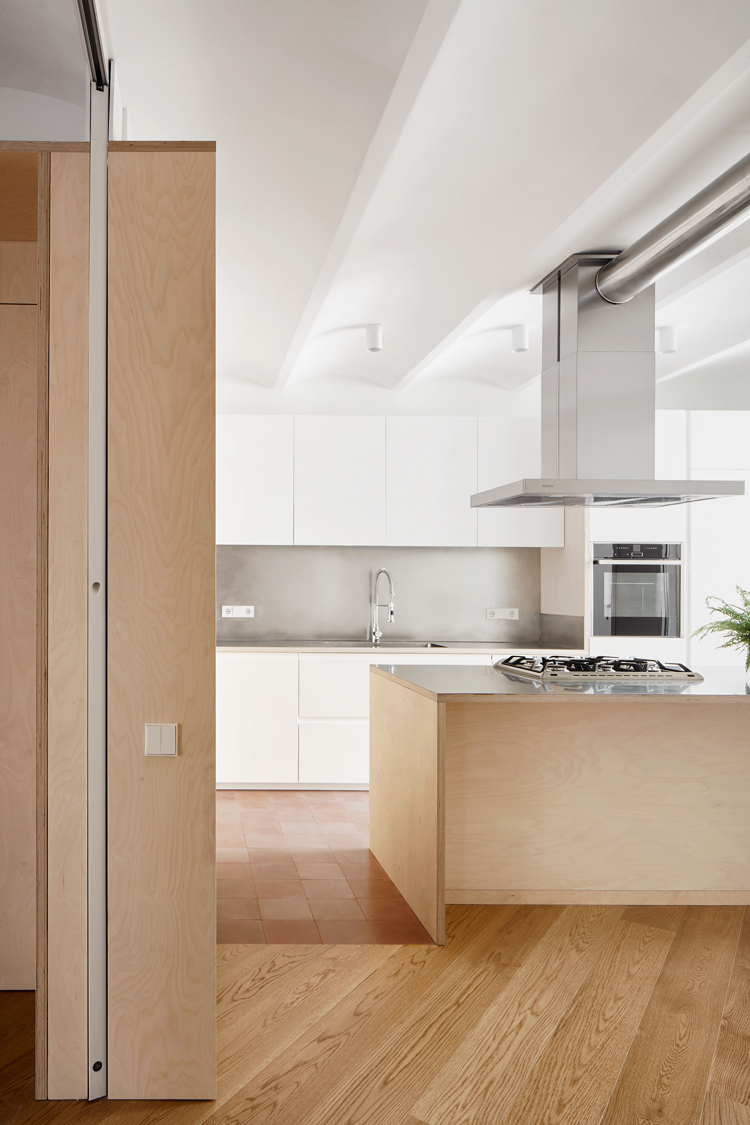 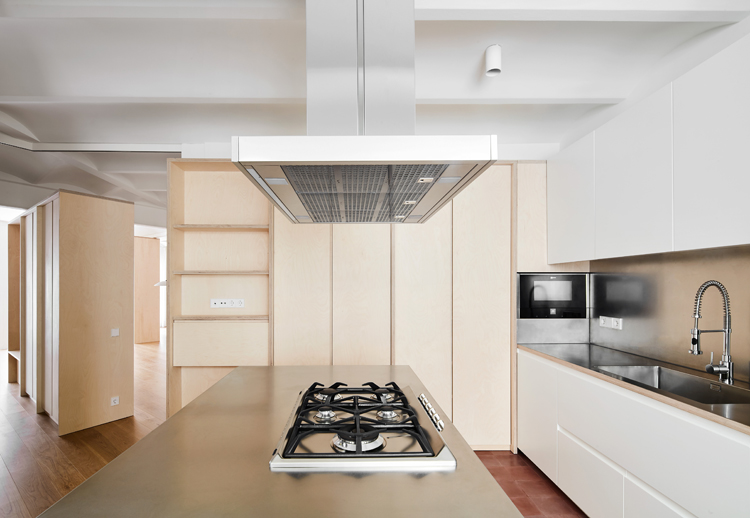 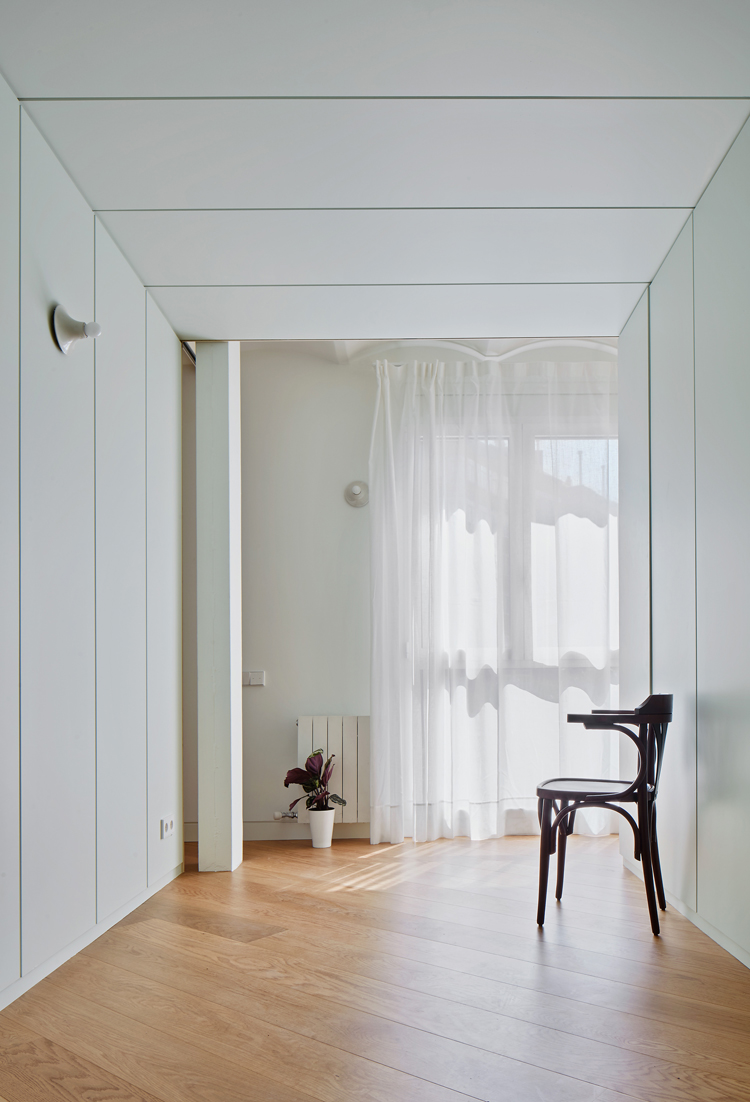 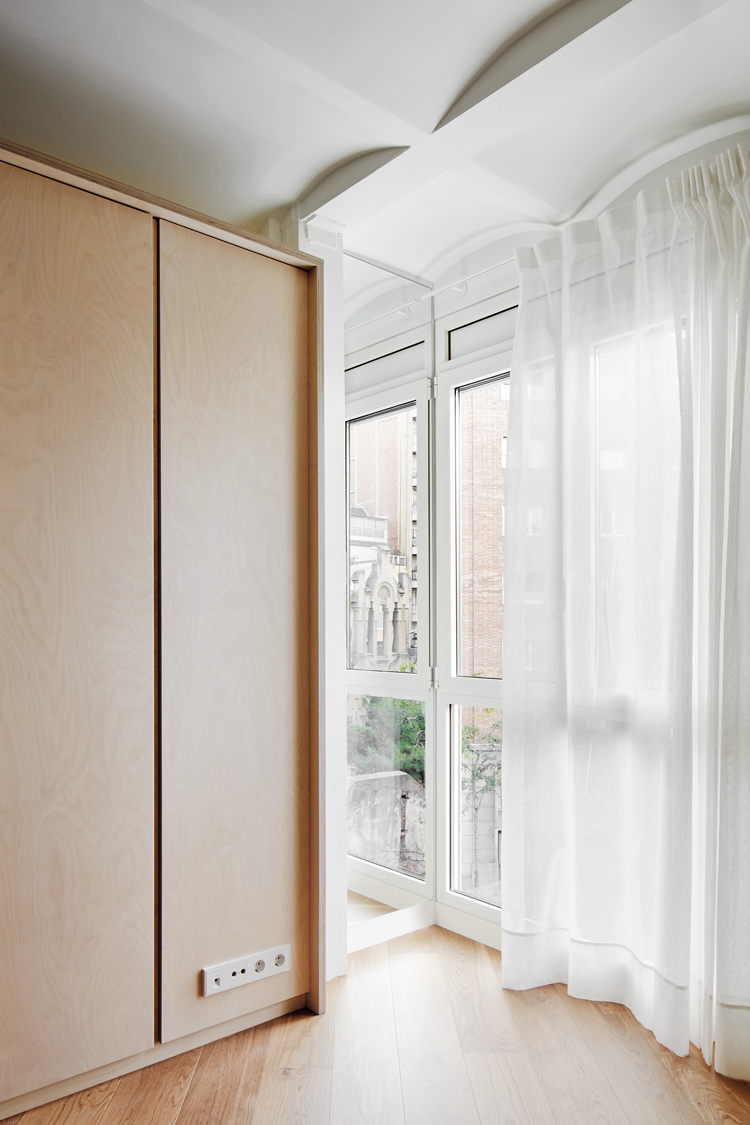 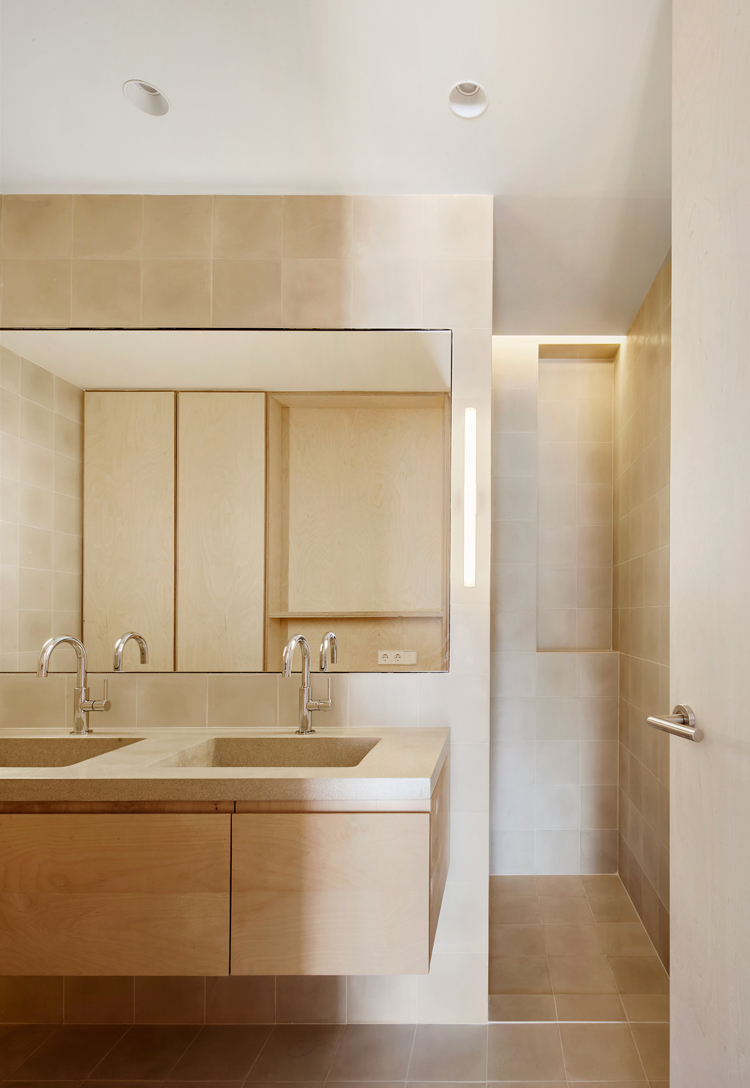