The design of the addition was intended to complement the existing Victorian terrace, while also weaving some of the area’s local history into the built fabric. The design takes its cues from the history of the local area, with particular reference to the brick and bluestone quarrying industries upon which Brunswick was founded. The built form is conceived of as two stacked boxes; the ground floor brick box and the upper storey bluestone box. 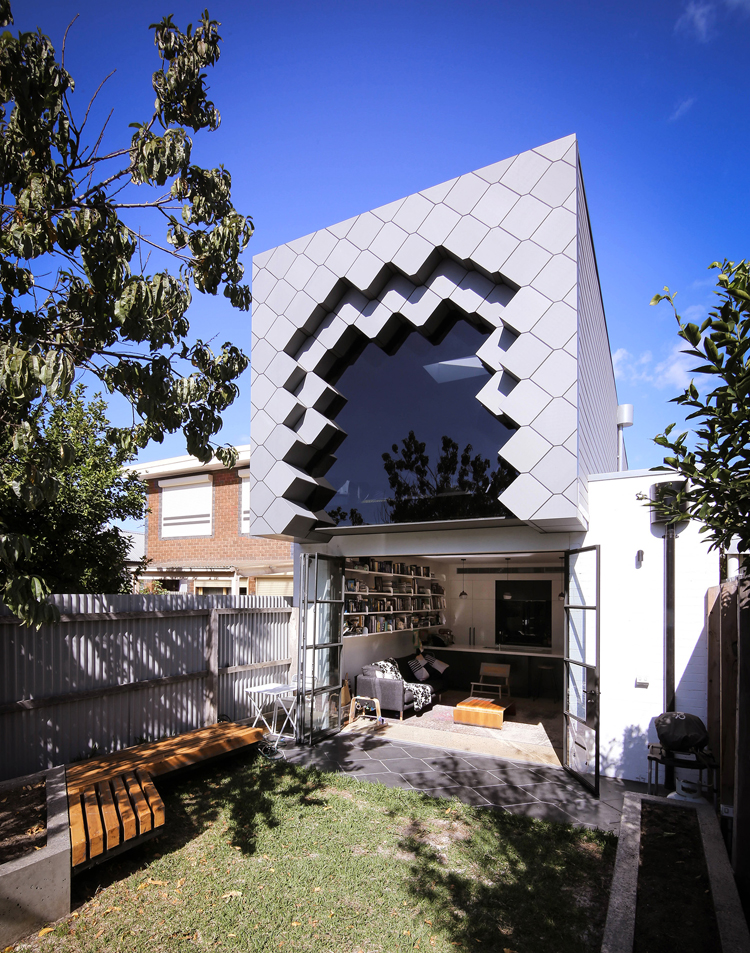 The existing house was constructed almost entirely of brickwork and the ground floor addition remains faithful to this material. The upper floor recalls the local bluestone industry through a figurative representation of naturally occurring bluestone formations. These tessellated patterns are formed when basaltic lava flows cool to create bluestone, cracking and shearing in geometric arrangements. The upper storey is clad in folded zinc panels which recall columnar basalt, eroded at the rear facade to provide an arched, cave-like outline to the new master bedroom window. 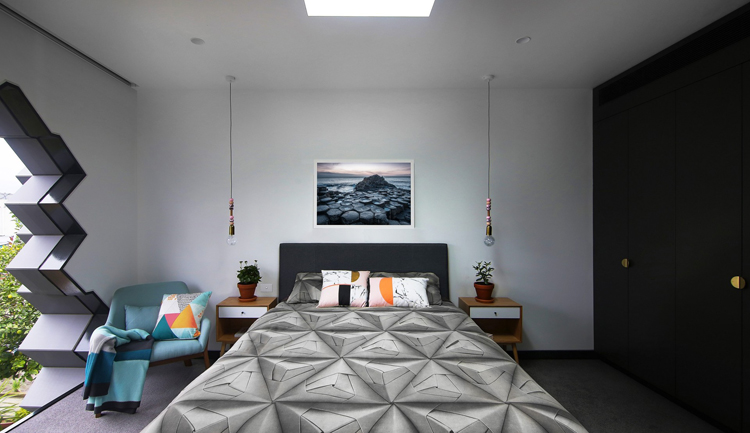 The cantilevered form also shades the building’s interior during summer and encourages the entry of low sun in winter. By arranging the second storey mass at the rear, north facing end of the house, the design team has also limited the visibility of the addition behind the historical Victorian facade. The internal planning has been arranged to afford each room with the best access to daylight, with a centrally located courtyard delivering light deep into the plan and also acting as an extension to the dining room. A robust material palette has been used for the interiors with a particular focus on durable finishes and also on fixtures sourced from small, independent designers. 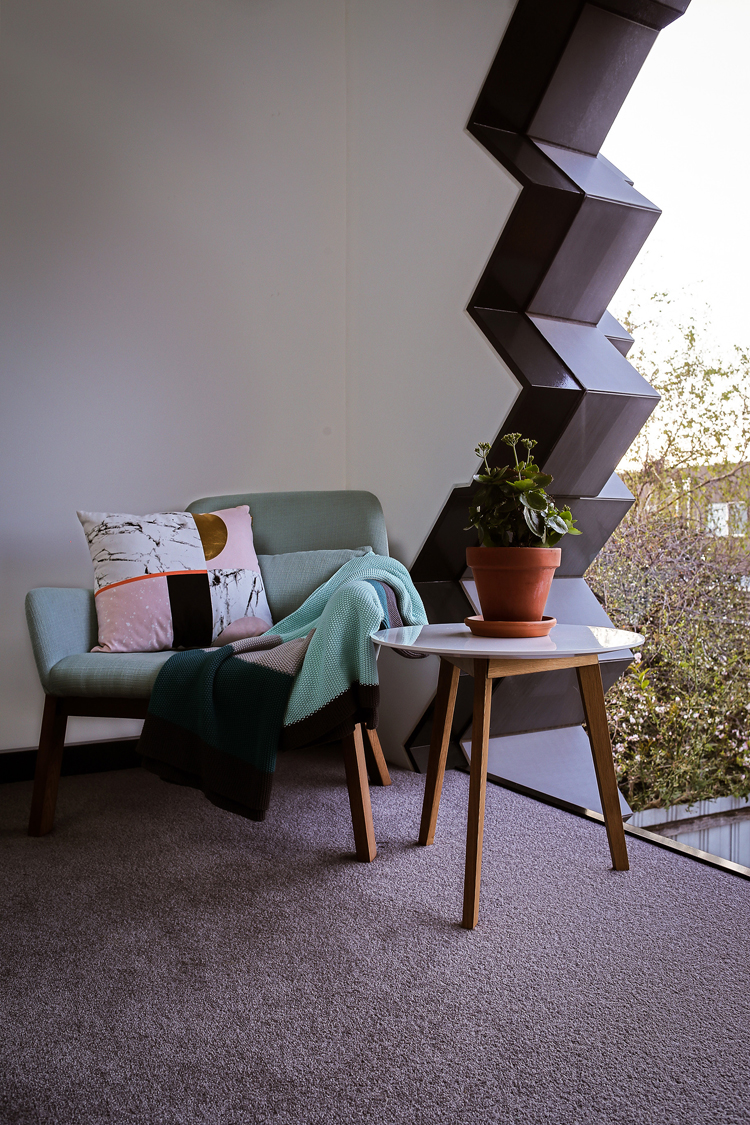 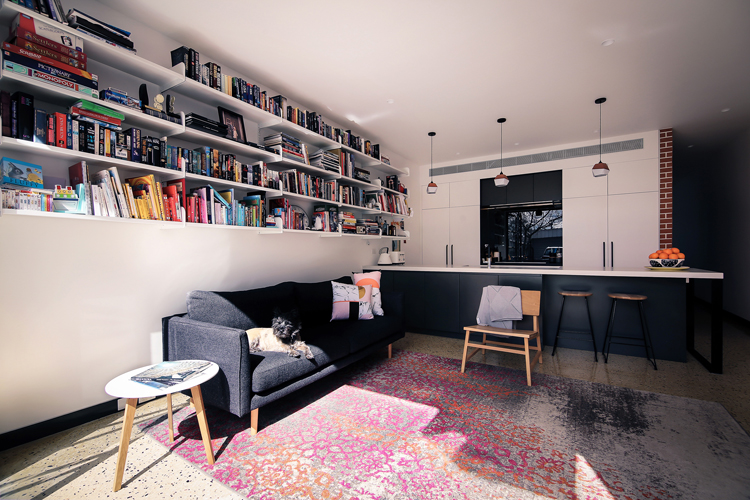 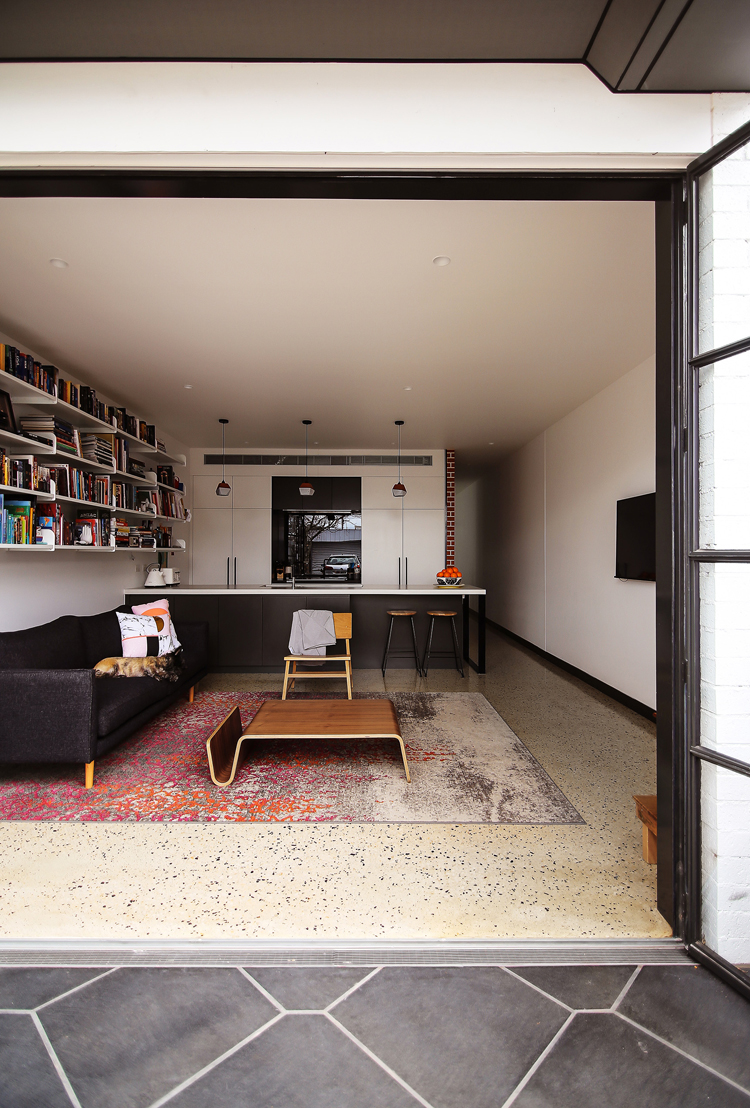 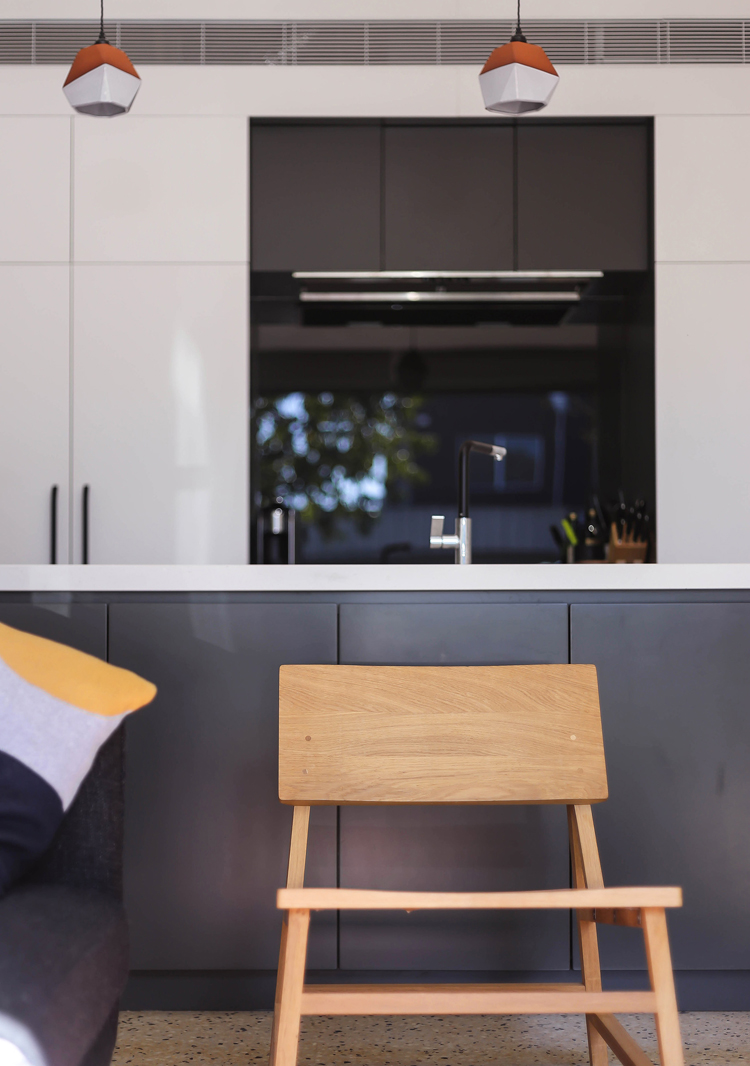 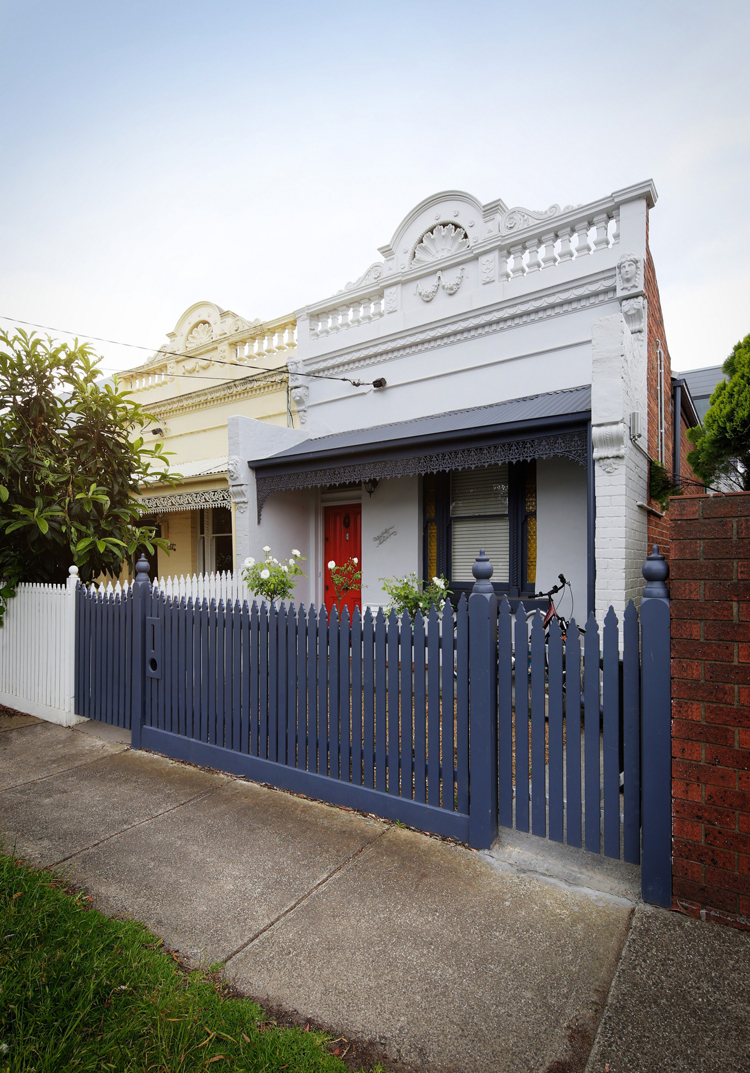 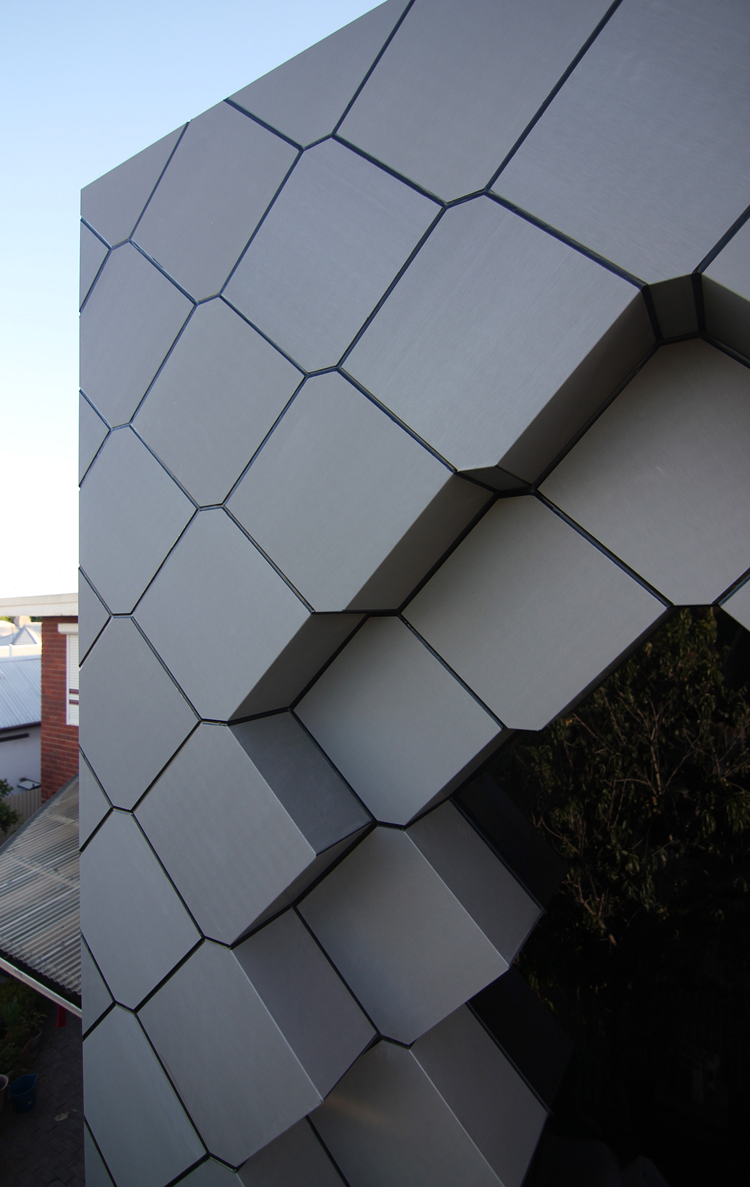 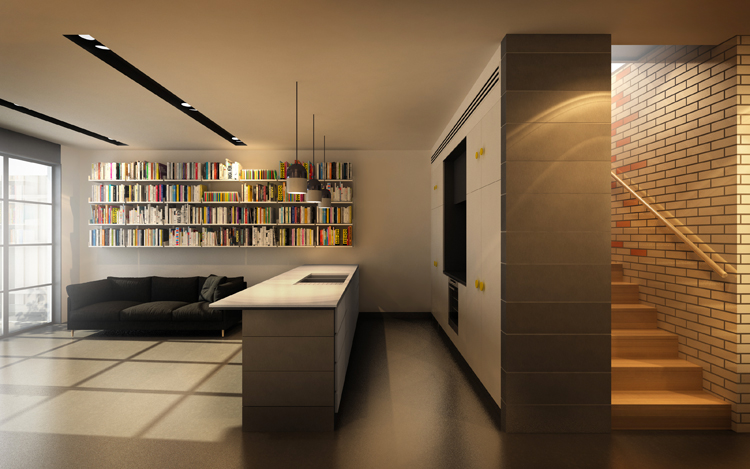 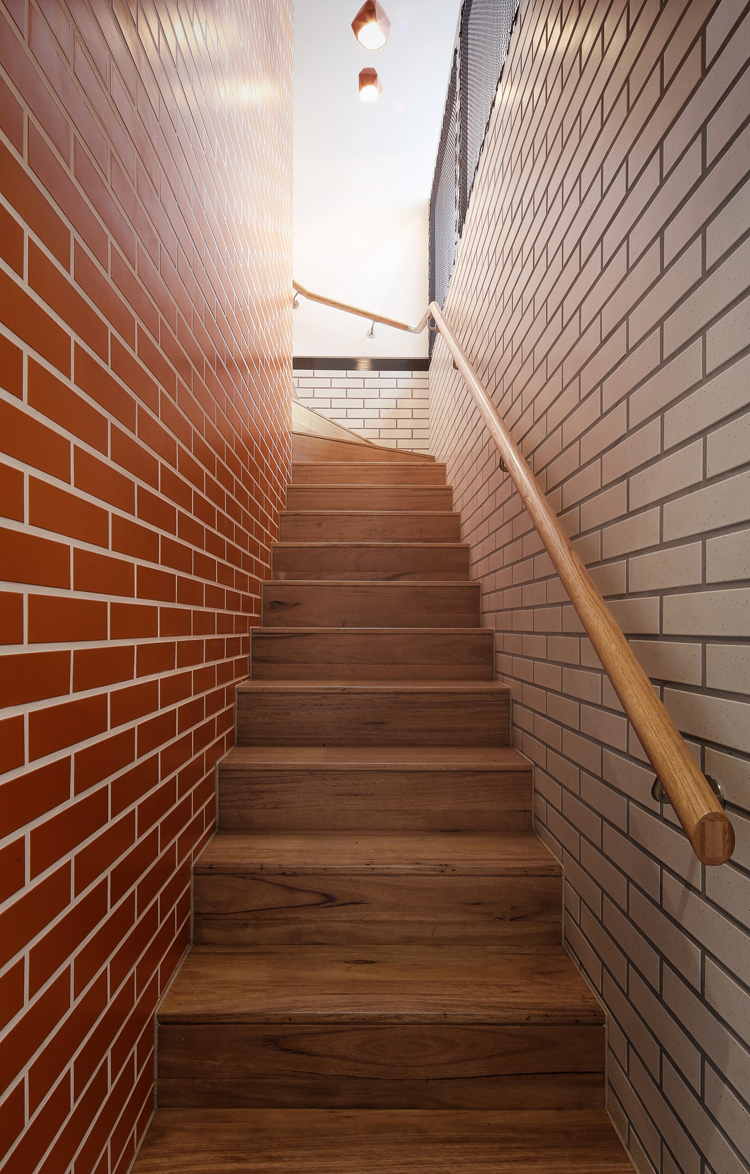 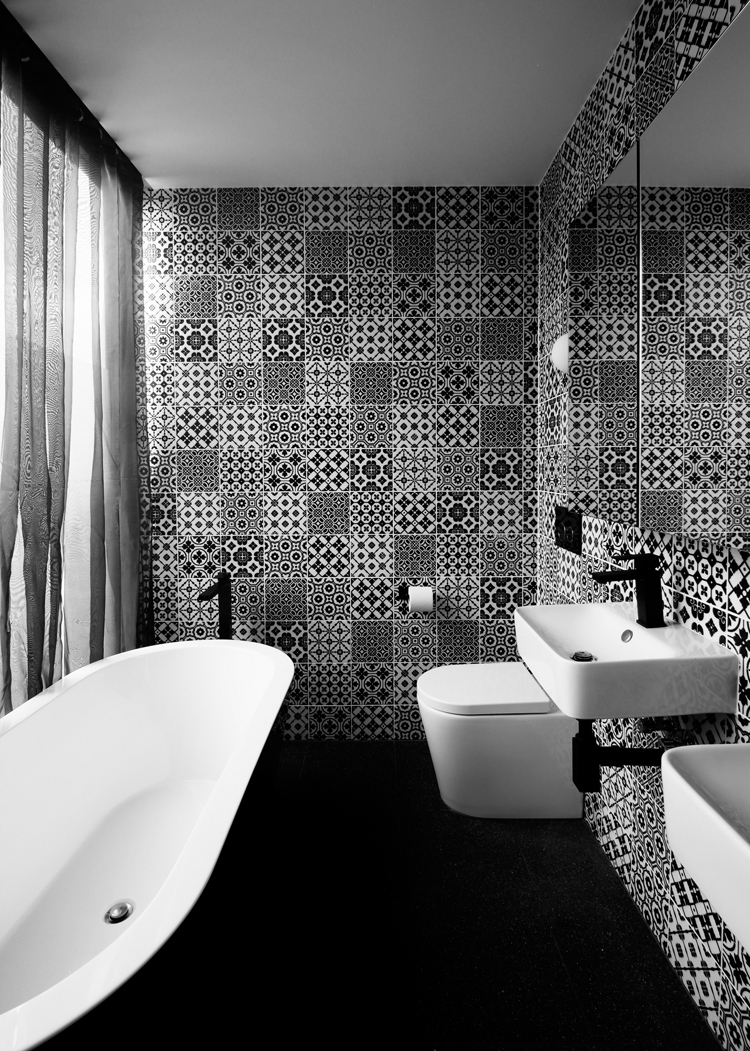 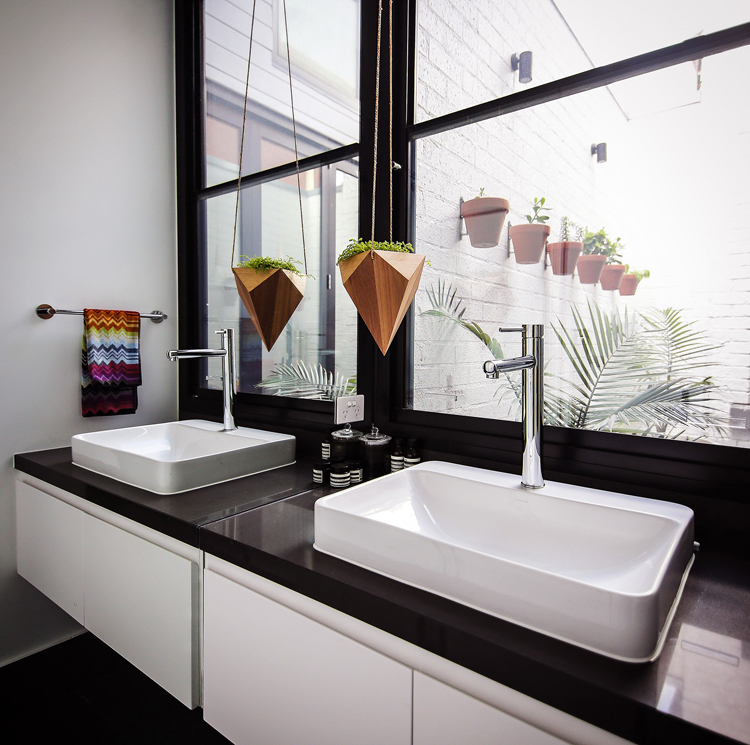