Called the Junction Shadow House, this semi-detached house in Toronto that began as a mirror image of its neighbour, was recently refurbished by Canadian studio Post Architecture. Early in the design process, the team decided that earlier additions, a front room over the porch and a mudroom in the rear, were structurally compromised and threatened, destabilizing the original masonry structure.

As a result, they were demolished, leaving the shell of the original house to work with, in the shadow of its longer neighbour. Natural light was not available from all sides, so the design focused on maximizing the light penetrating from the south, as well as moving it through the house as much as possible. The interiors are a bright white colour and the spaces are visually interconnected on all levels through a feature staircase, creating views and plays with shadows on all levels.

The front of the house was re-designed to include a large window, linking exterior and interior life. Similarly, a new rear Mudroom addition at the ground floor allows for easy access to and from the rear yard, and more importantly, access to the dog washing station in the basement. A third floor addition was built to create an open relaxing area for the homeowners, as the while maximizing the use of floor area and animating them with plays on light and dark. The finishes further reflect the idea of shade, with a palette of whites, blacks, greys, and occasionally a pop of colour. 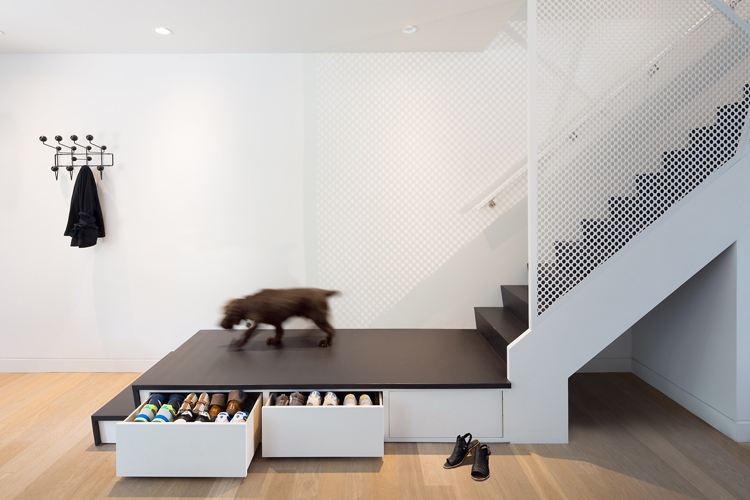 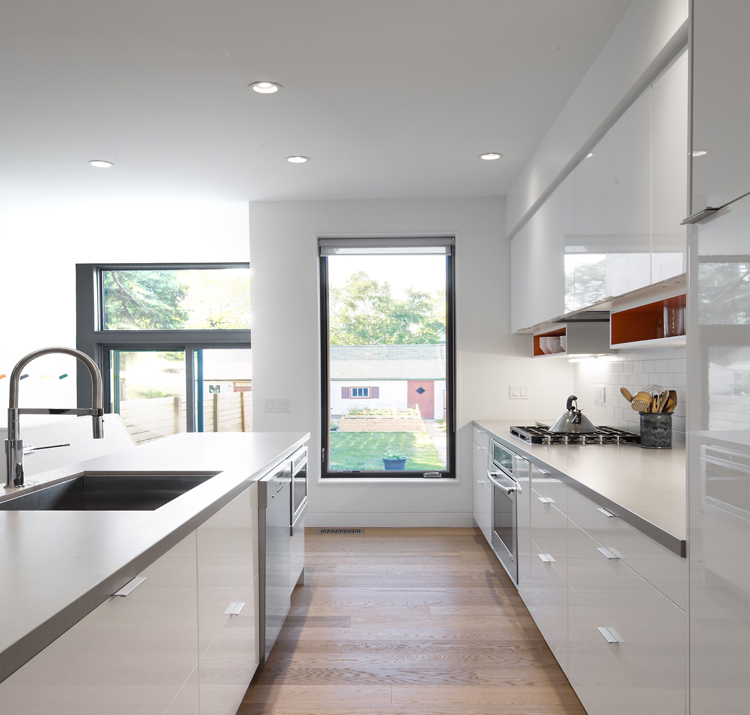 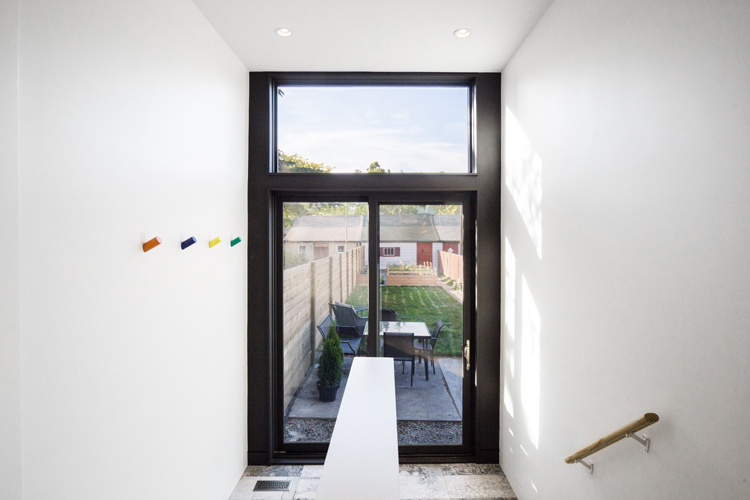 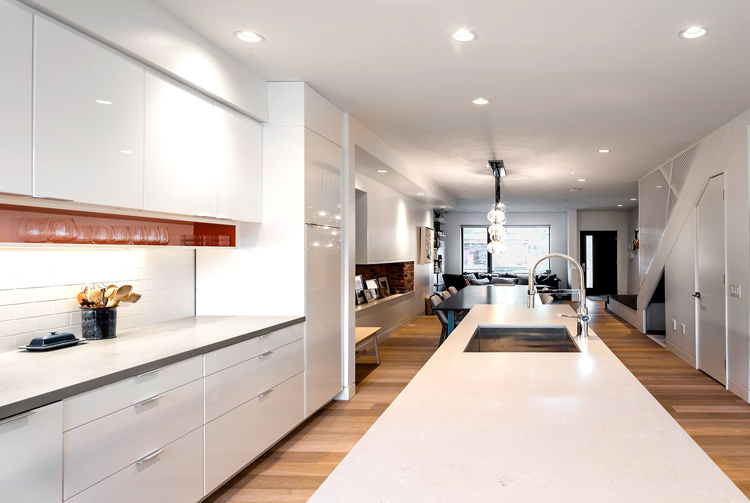 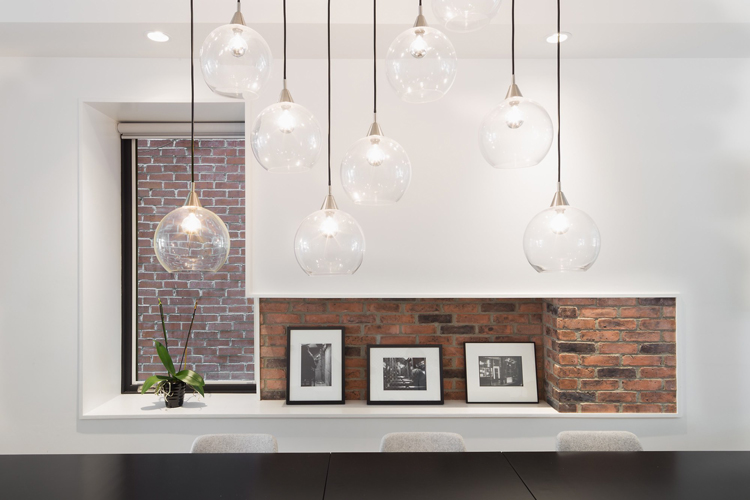 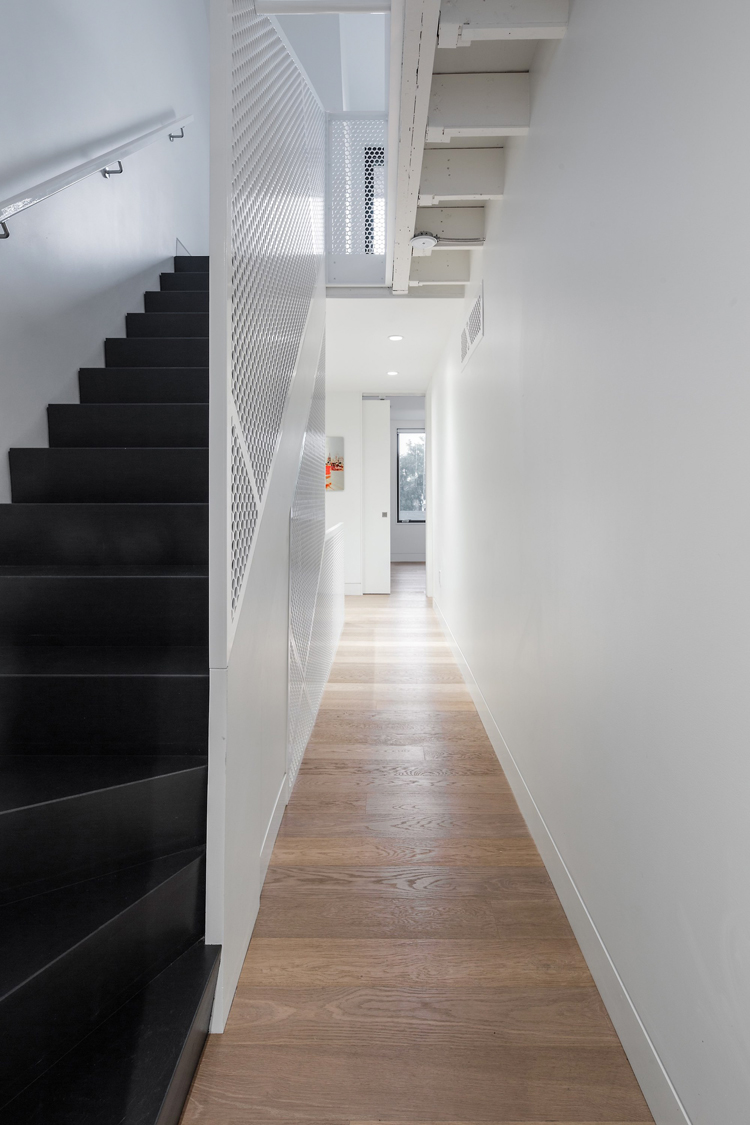 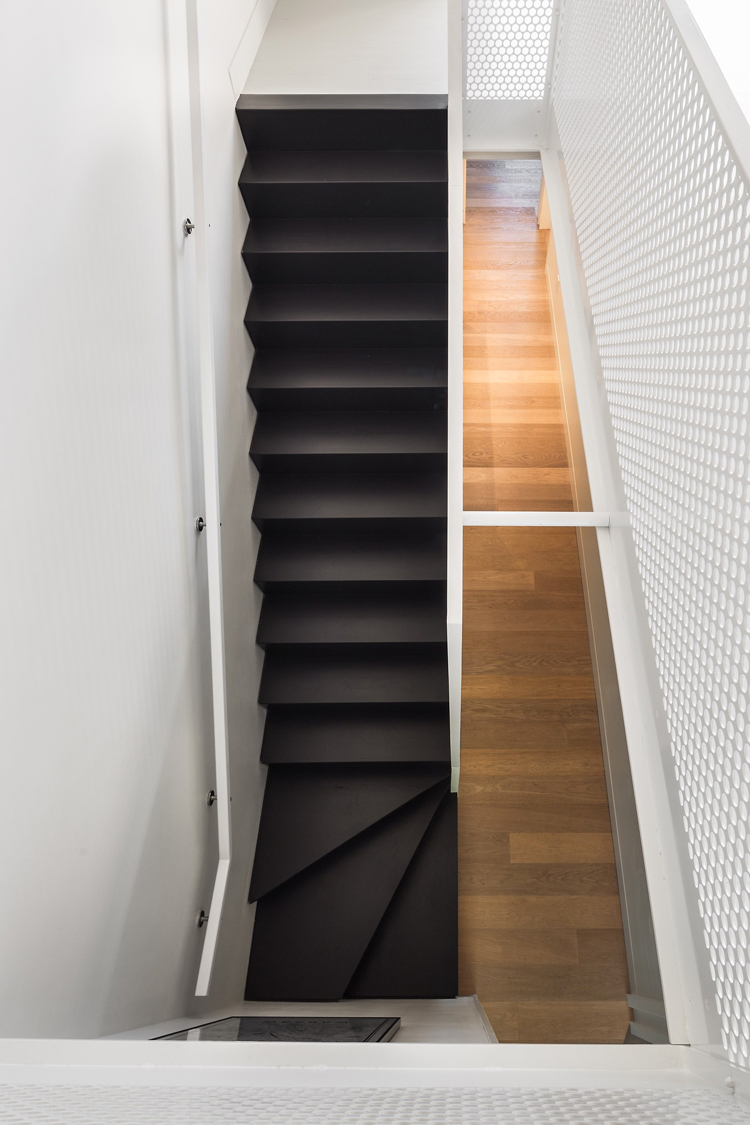 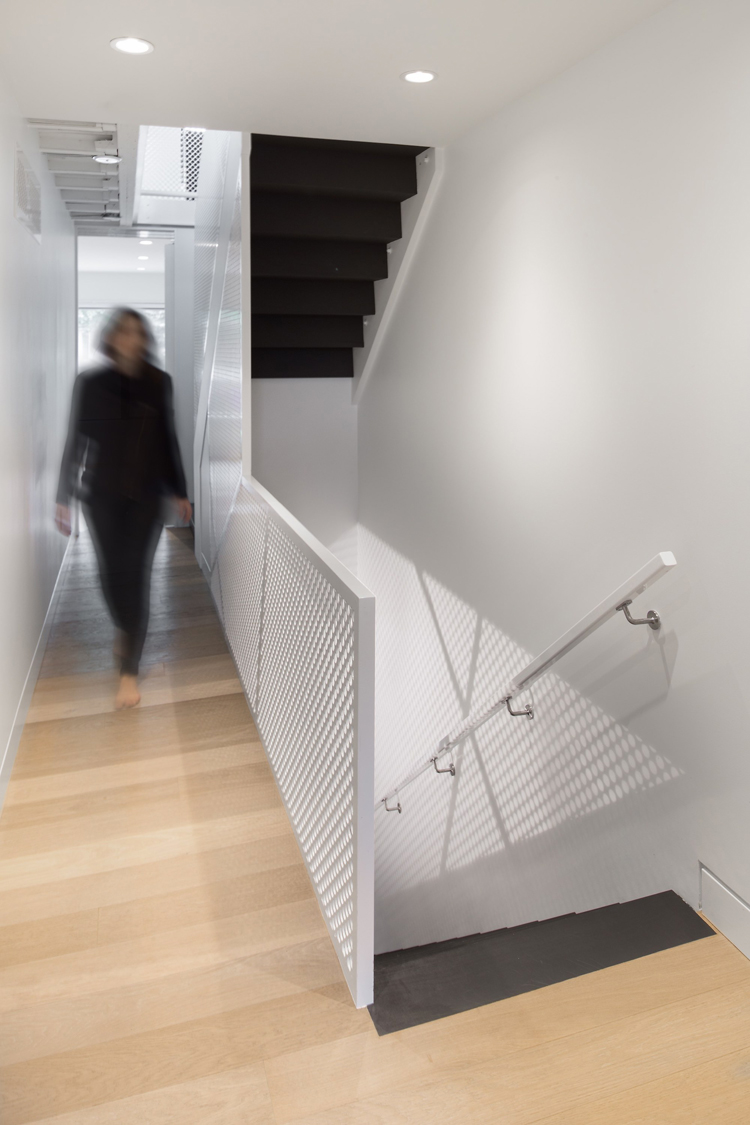 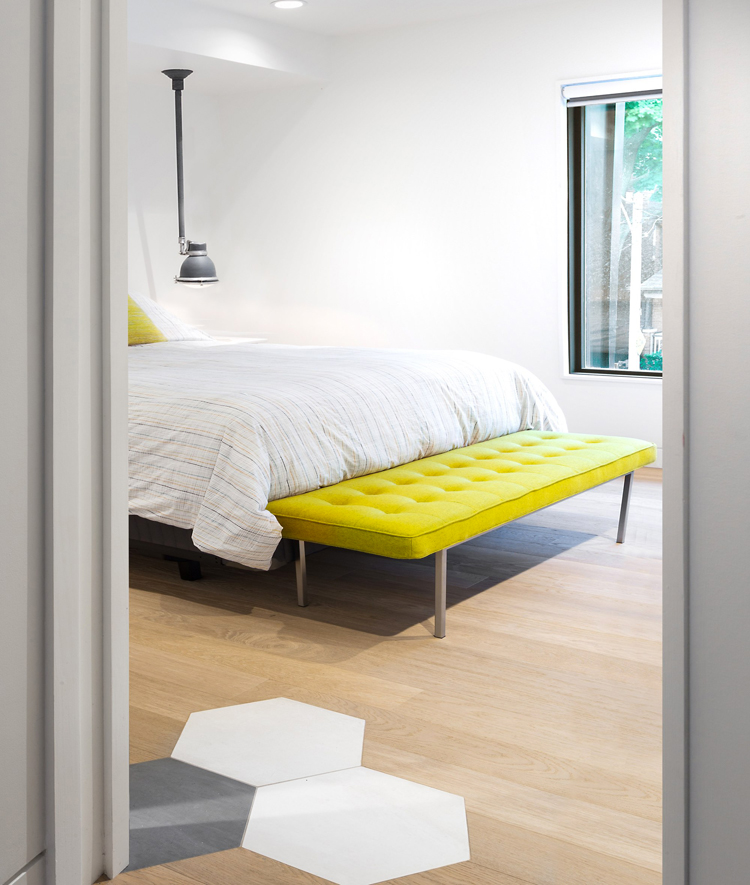 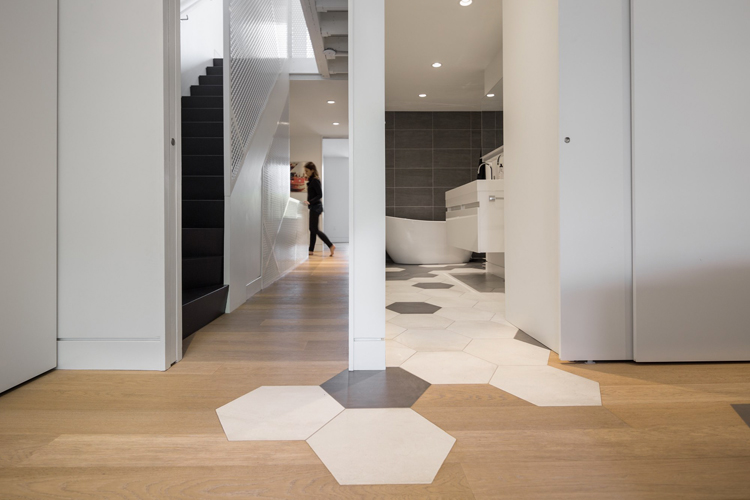 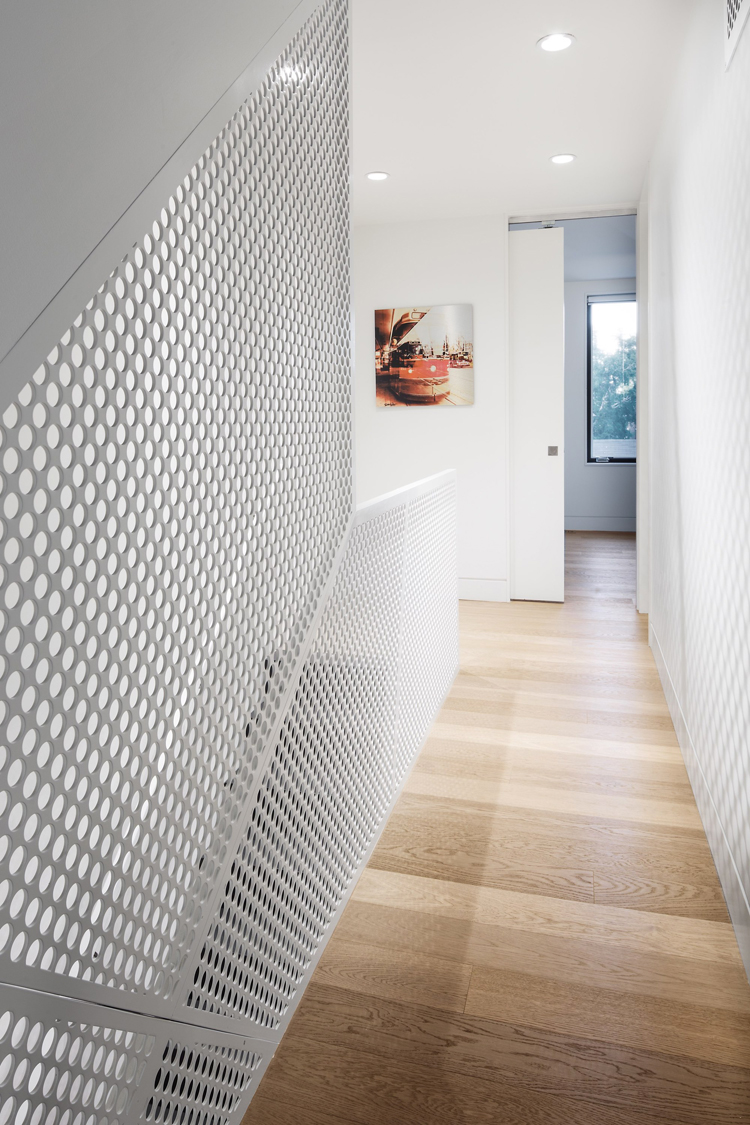 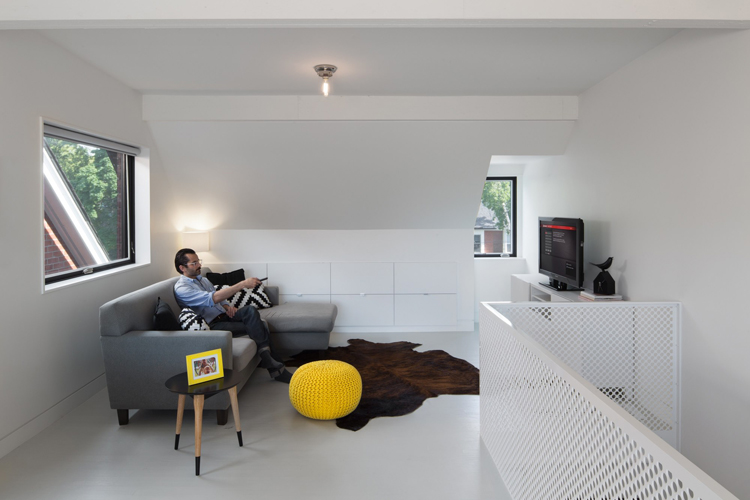 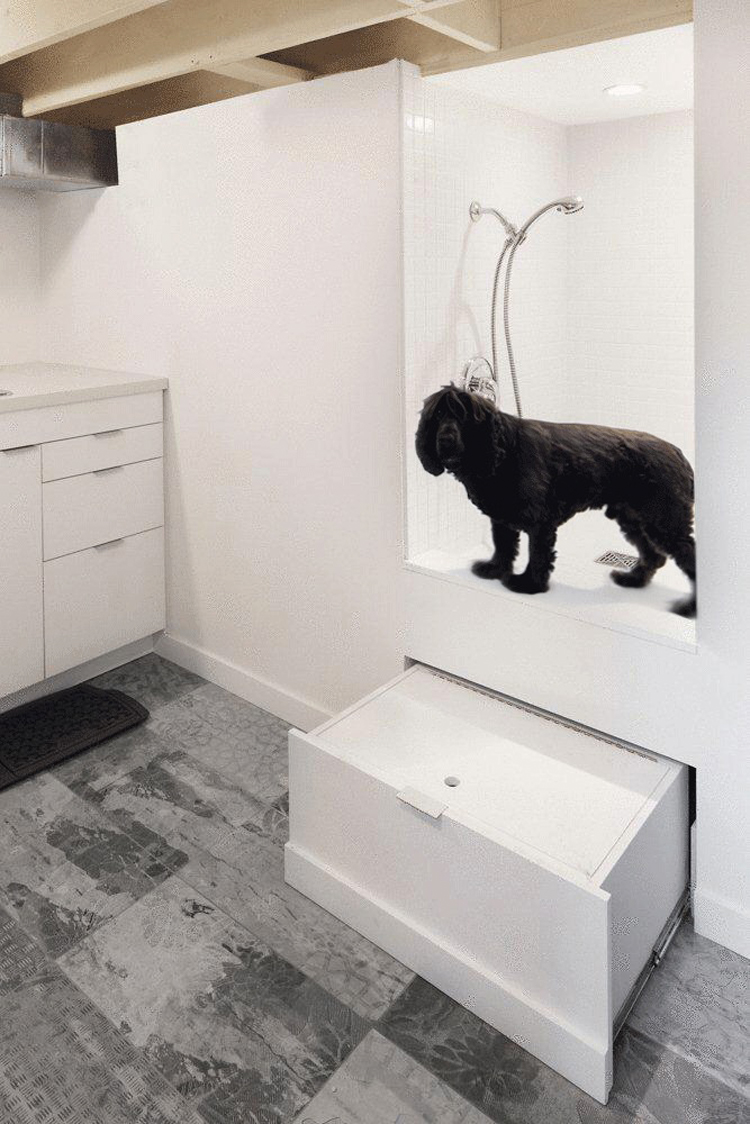 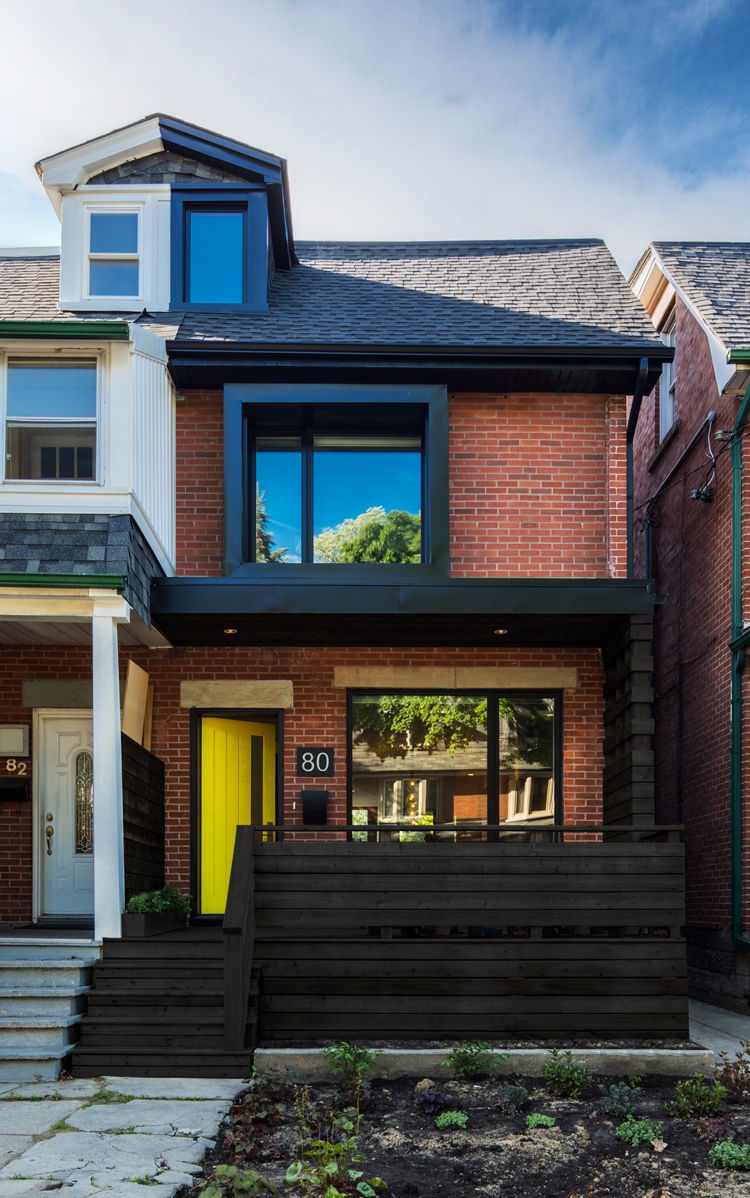