Dutch architects Gwendolyn Huisman and Marijn Boterman designed this skinny house in Rotterdam for themselves, showing how forgotten empty spaces in the city can be used. Each city has neglected spaces that can be upgraded to complete the urban fabric, while creating possibilities for new forms of urban living for the adventurous ones. As young architects, Gwendolyn Huisman and Marijn Boterman saw the potential and challenge of a narrow gap with extreme proportions in an old Rotterdam neighborhood. In 2012 they started the process to buy the plot that was not for sale, and recently finished the entire interior themselves. 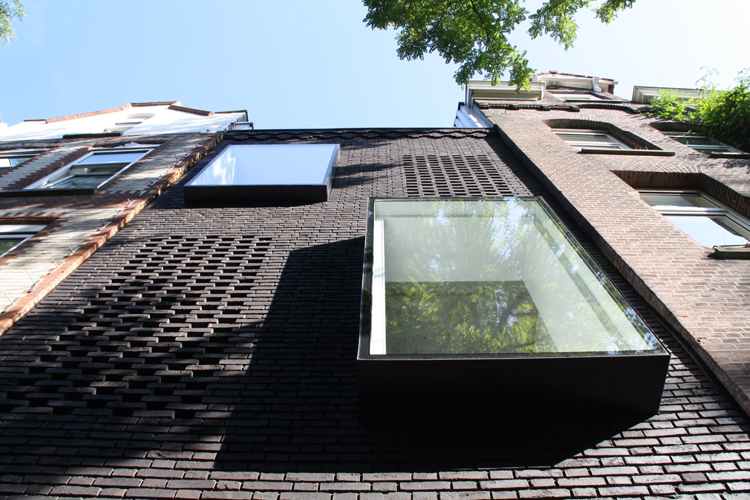 The extreme proportions of the plot, only 3.4 meters wide and 20 meters deep, result in a stacked open typology while it was a constructional challenge. Being this narrow and long in relation to the height, a massive foundation and load bearing structure were needed. Hence an elegant solution of two parallel reinforced concrete slabs was introduced in the interior of the house. This way the openings in the facades were not limited by the constructive constraints. 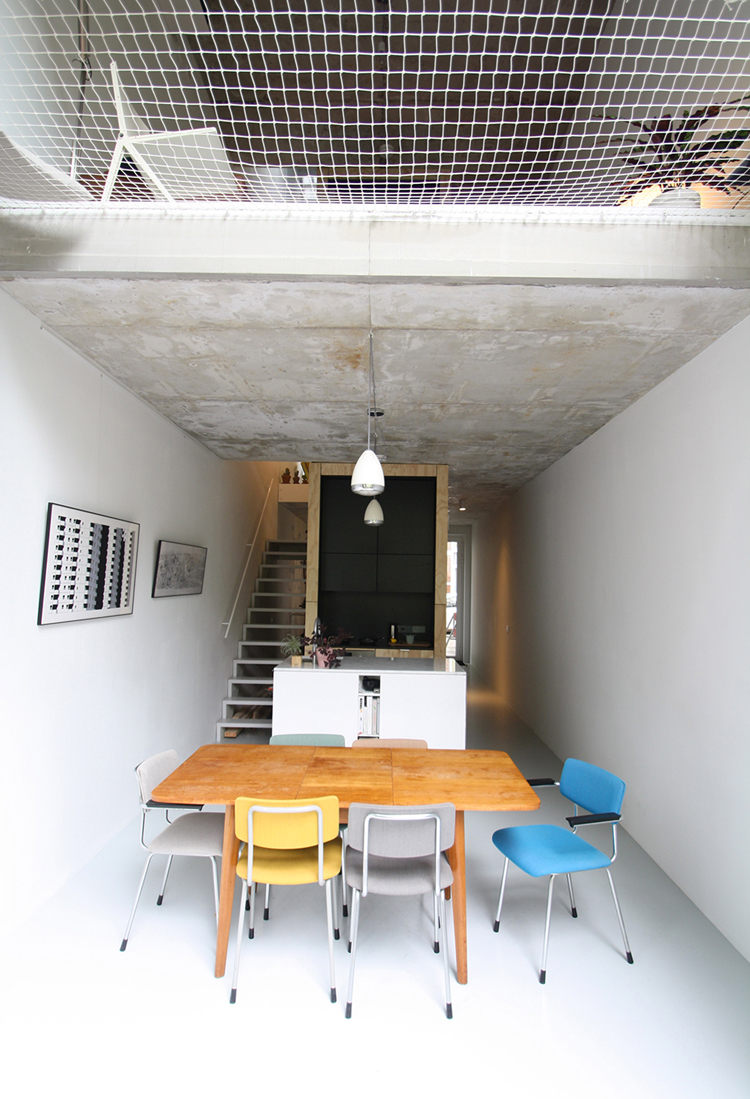 In order to create tranquil living spaces, the architects have clustered all supporting functions that a dwelling needs, as well as these concrete slabs and installations, in two vertical volumes in the center of the house. These volumes are detached from the side walls to emphasize the 13 meter deep interior and create unexpected vistas in all directions between the different spaces. The staircase is designed in such way that it enhances these spacial qualities. The architectural concepts stresses a natural division of living spaces that merge together without harsh boundaries, where the spaces are always connected horizontally and vertically.

By placing the volumes and staircase near the center of the house, intimate living spaces appear towards the public street and collective courtyard garden. The living spaces are moderate in size and feel intimate, without feeling to oppressive due to the architectural vistas and fluidity of spaces. 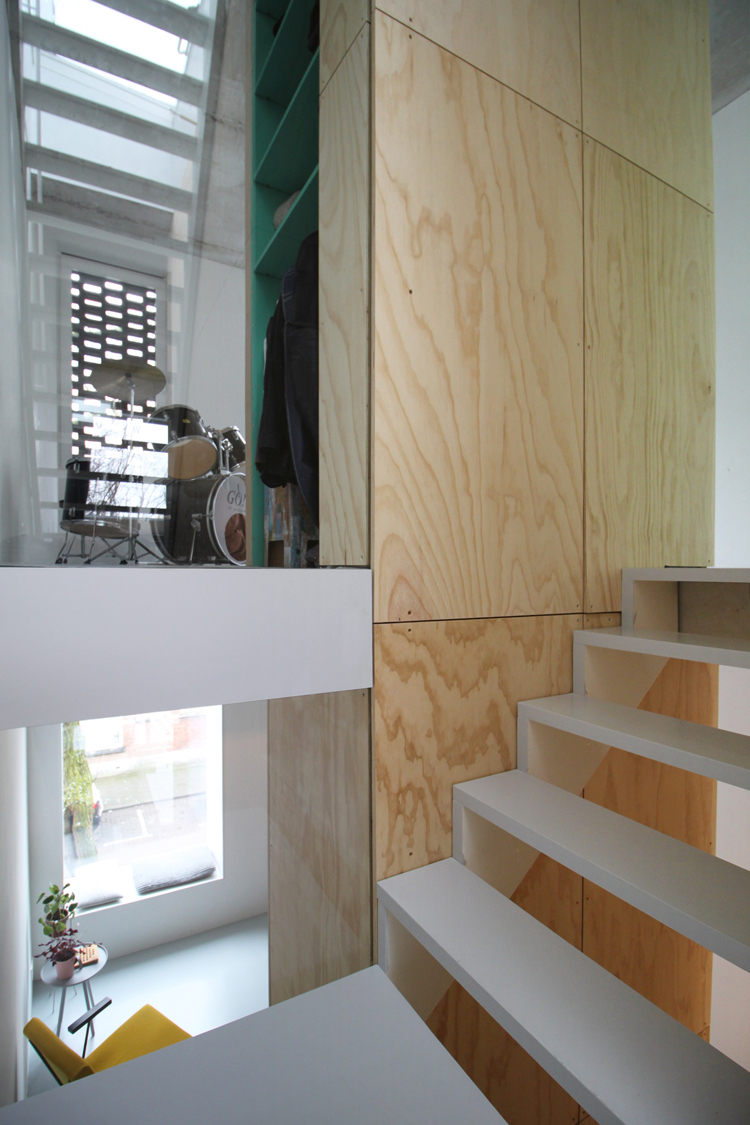 The organization of living spaces reflects their use throughout the day. On the ground floor is a spacious entrance area and an open kitchen, connected to the collective courtyard garden through high folding doors. The living room and library, mainly used in the evenings, are on the first floor and look out over the lush garden and public street. A void in the living room connects the living spaces on the ground floor and first level, and is used as a hammock with views over the garden and sky.

The deep bay window of the library extends over the public street and is dimensioned to be used as a place to sit and read, and detailed in such a way to frame the urban fabric. The most private part of the house, the bedrooms and bathroom, are positioned on the top floor. A skylight above the bathtub gives views over passing clouds and birds, and brings natural day light into the darker zone of the house. 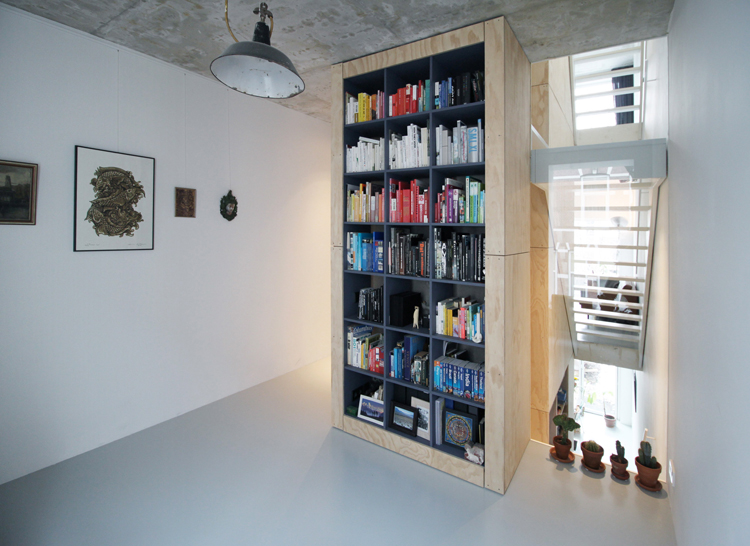 The materials that are used in the interior are simple and natural. They bring warmth to the interior without dominating the perception. The two vertical volumes are clad in pine plywood that the architect couple could construct themselves, and the rough in site cast concrete floors are not finished on the ceiling side in order to reveal the construction method. Rust stains on the concrete ceiling are a remembrance of the wet season in which they were cast. 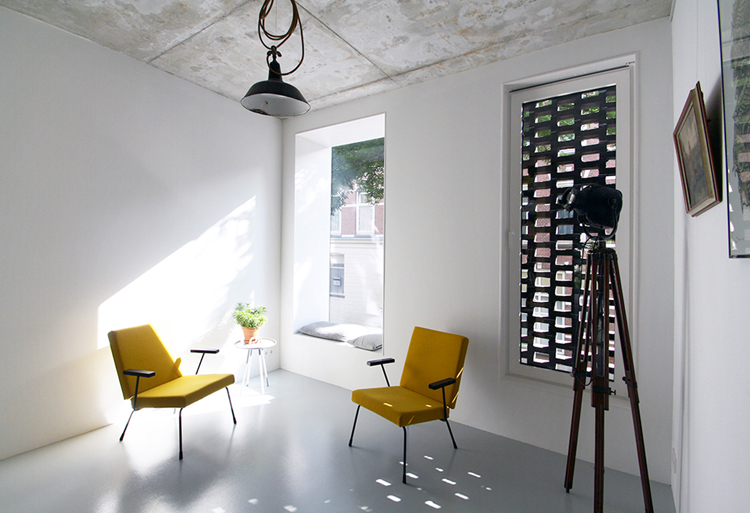 The black masonry facades are adapted to their orientation: it opens up to the garden with a two storey high glass front and panoramic windows, while it remains more private towards the public street. The Brazilian masonry bond functions as a veil that plays with light and shadows of the sun’s rays. They only show the hidden windows towards the street at night when the rooms light up. The bay windows with a minimum of details connect the interior towards the public life, where the inhabitants can sit and watch people passing by. The street facade is detailed and materialized in such a way, that it builds on the surrounding urban fabric of the late 19th/early 20th century. The modern house has its own identity with modern details, but still highlights the history of the small gap in the urban context. The project transforms a conventional and traditional way of living and is fitted to their inhabitants as a custom-made suit. 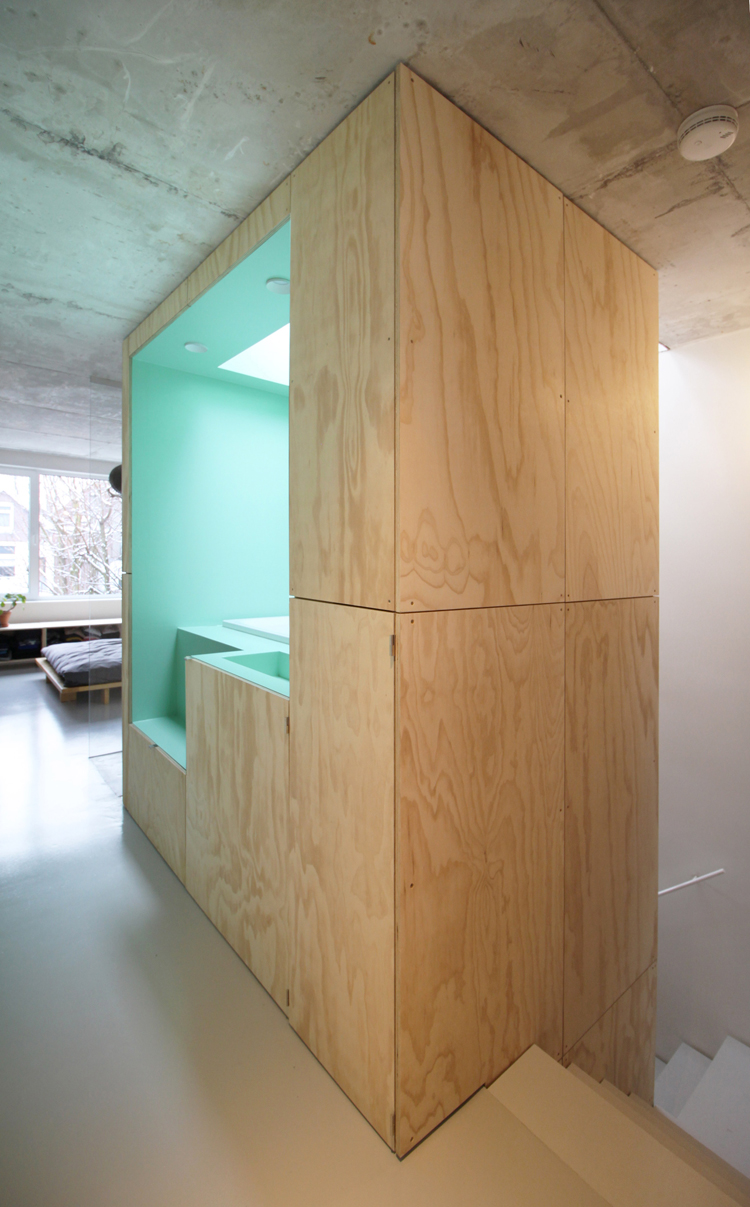 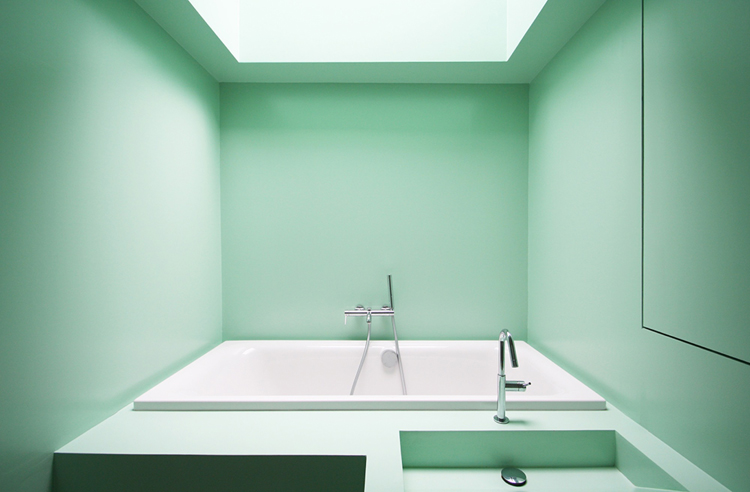 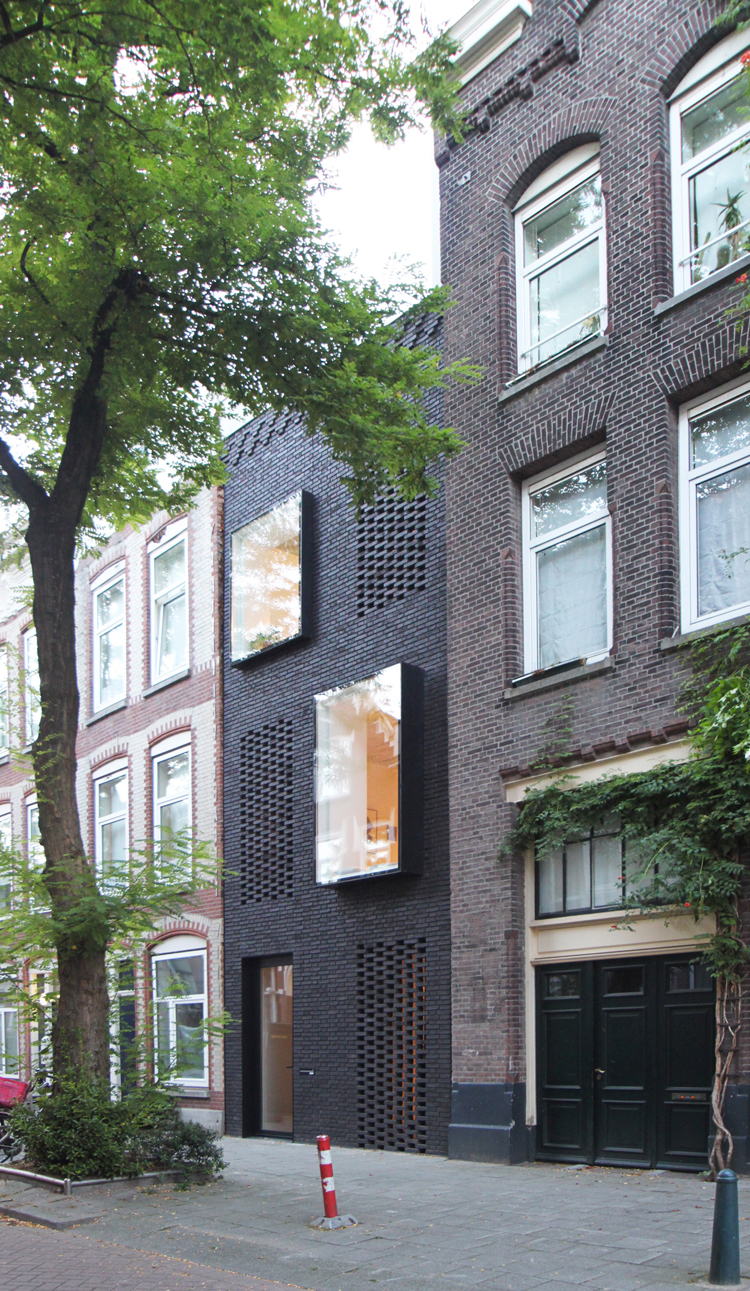 all images courtesy of Gwendolyn Huisman and Marijn Boterman