The spatial system was erratic, with all the programs in the wrong place: the living room was facing the street side (north) and had no direct sunlight; the bedroom and kitchen, both very small, were facing Lisbon (south) but with no relation to the view. A dark bedroom with no windows occupied the core; the balcony was used just a circulation space and the foyer was less than enough to open the door. 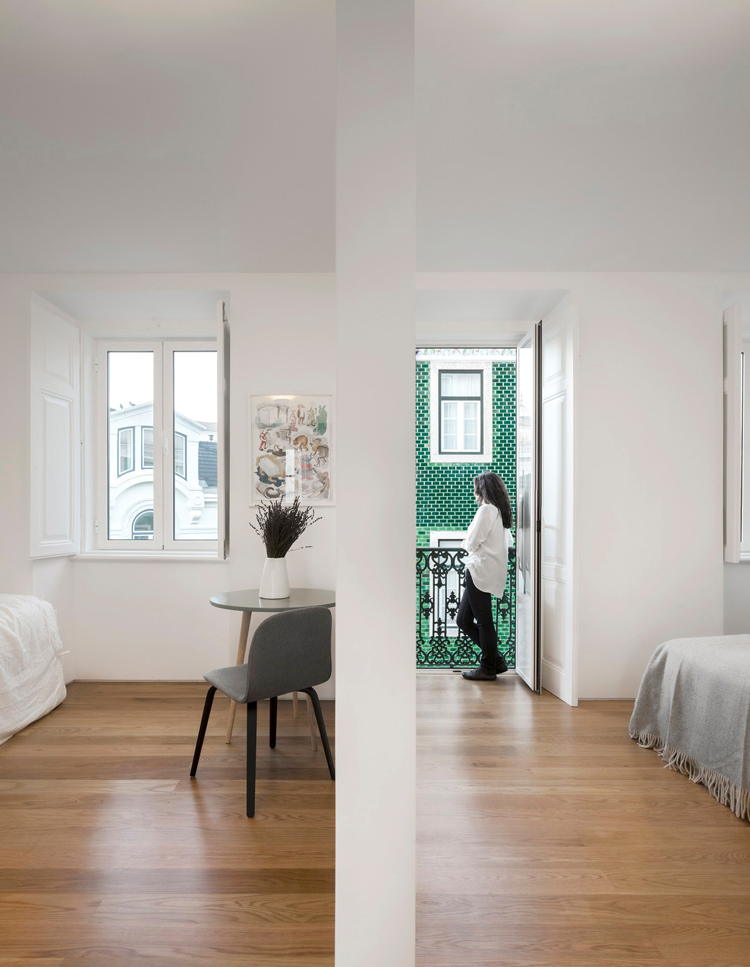 The main idea behind the project was to redefine its priorities, correcting it, while framing the view. All the walls were removed and the program was flipped 180º. The living area was placed on the south side, facing the view, and the two bedrooms took advantage of the width on the north. Only two walls and two doors were built. 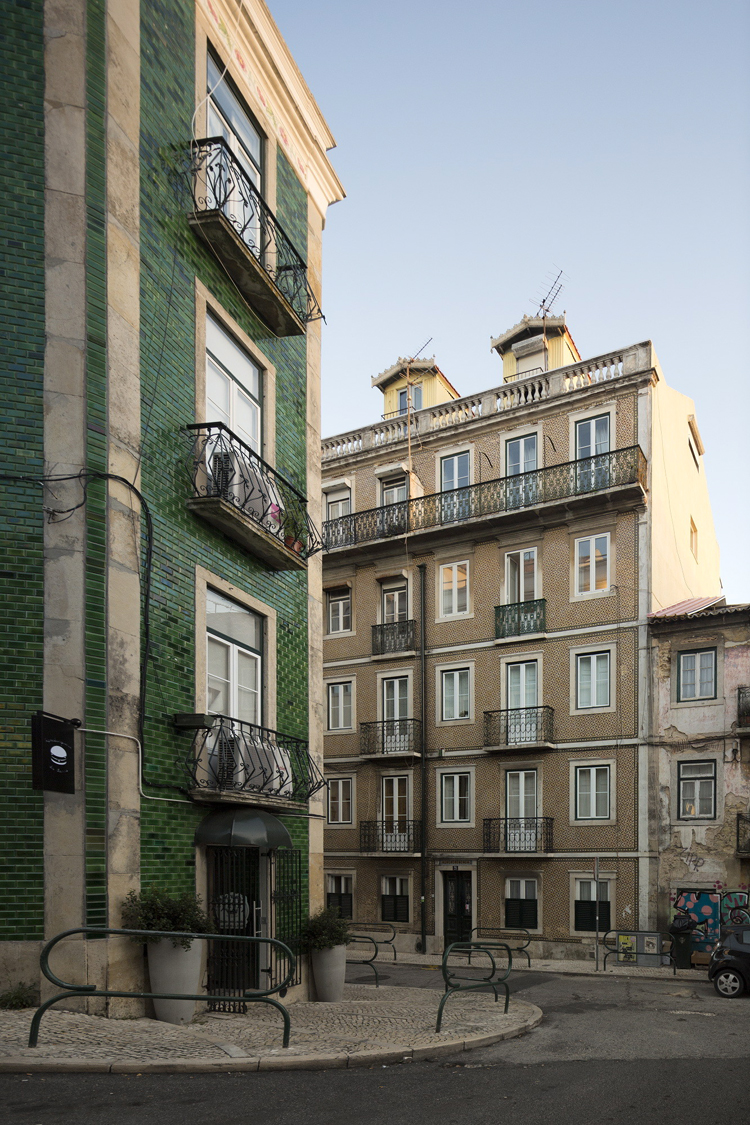 The wood shutters, walls and old frames were removed from the balcony, opening the apartment to the outside. The balcony and living room became the continuation of each other. The bedroom doors were made in mate antracite finished metal and clear glass offering openness. All the walls and ceilings were painted in white, becoming a clear canvas for the few pieces of furniture placed like independent objects in the space. 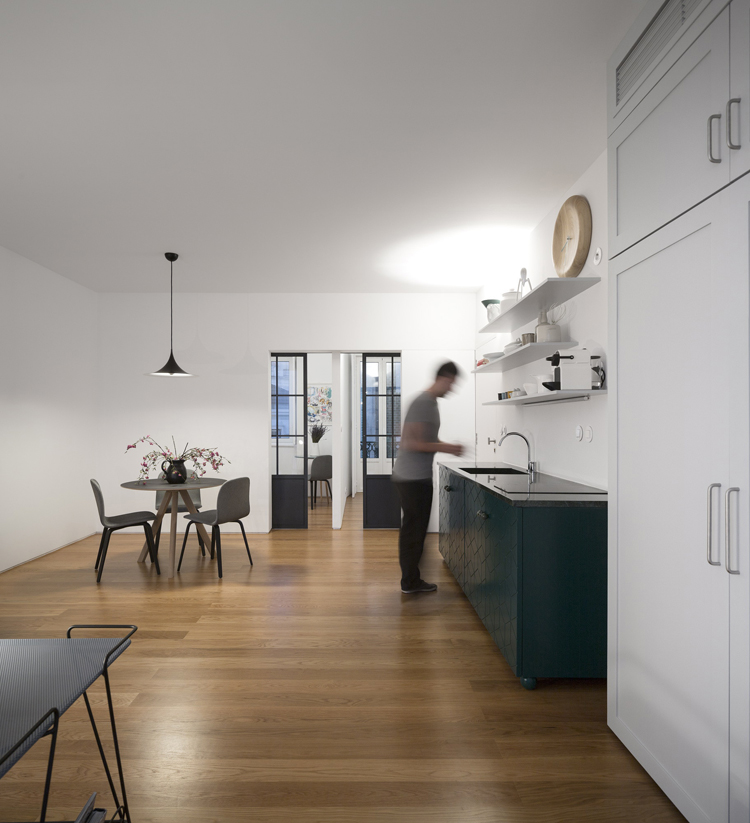 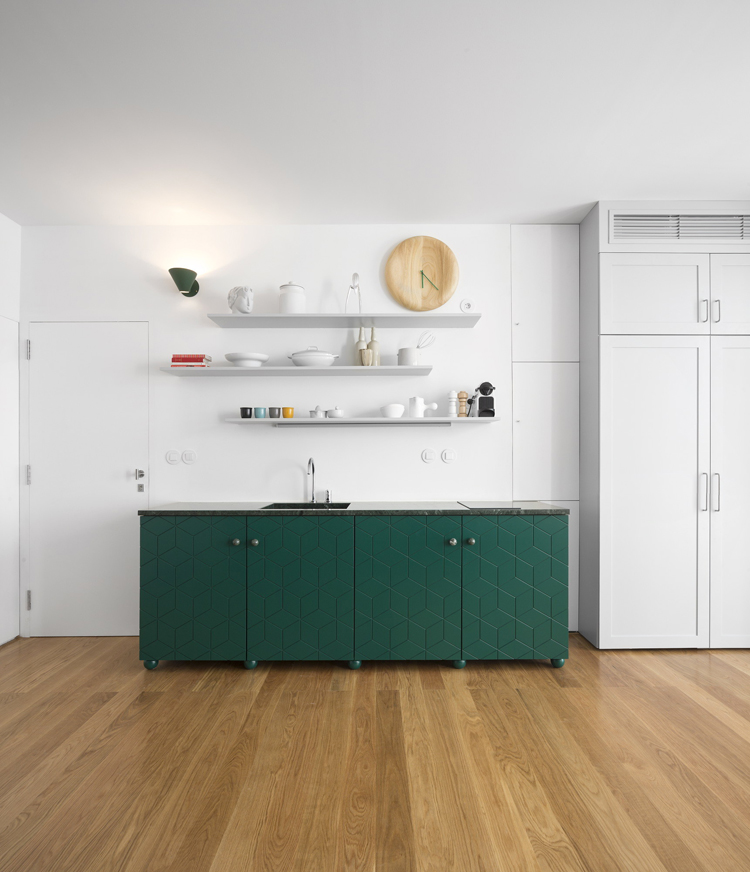 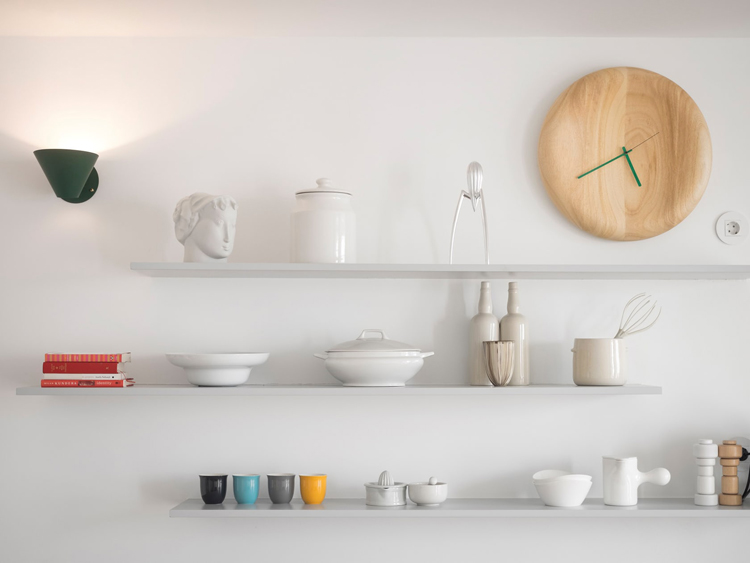 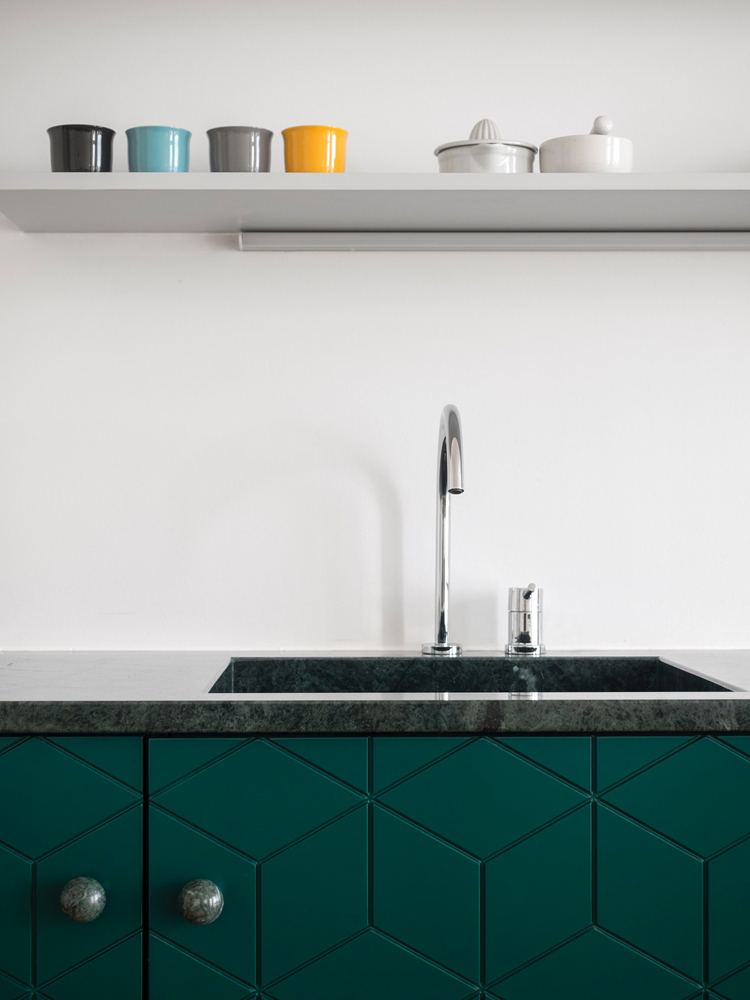 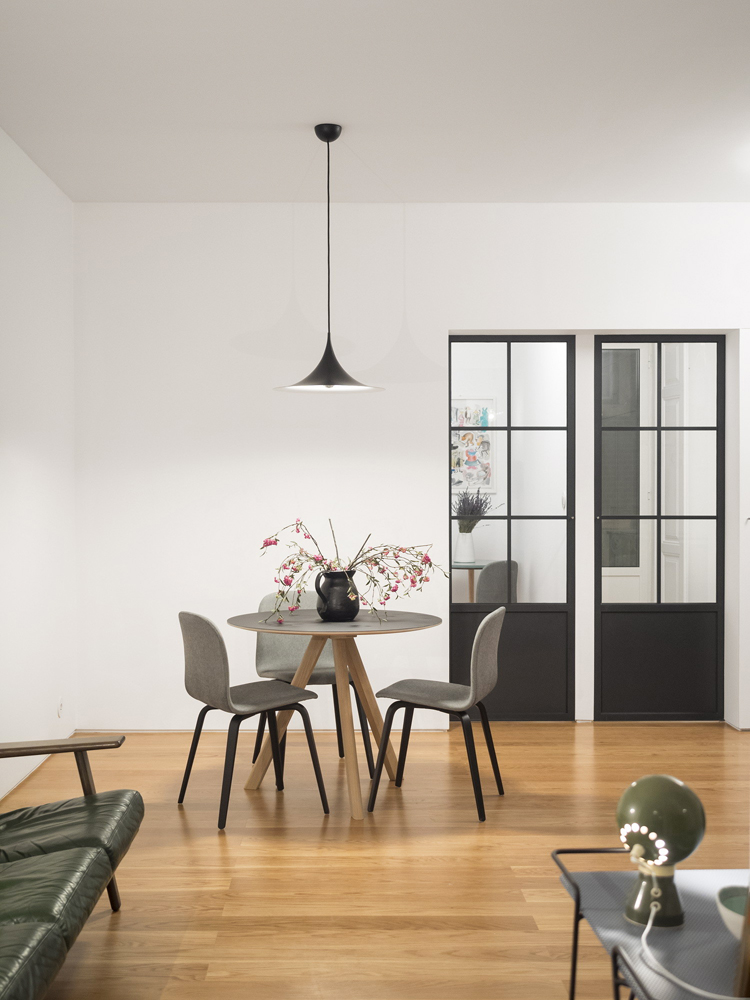 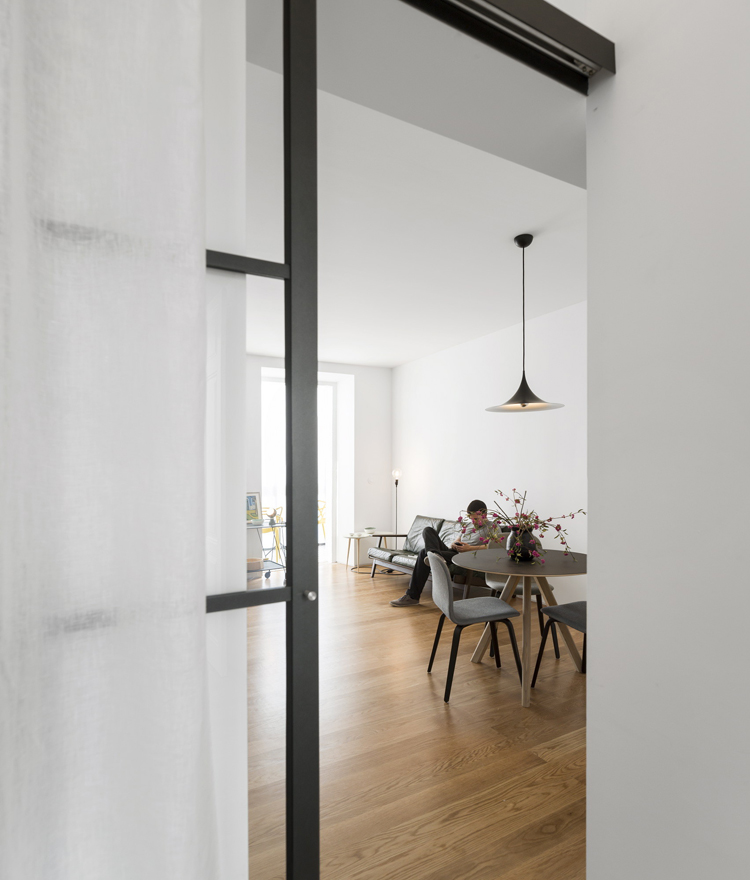 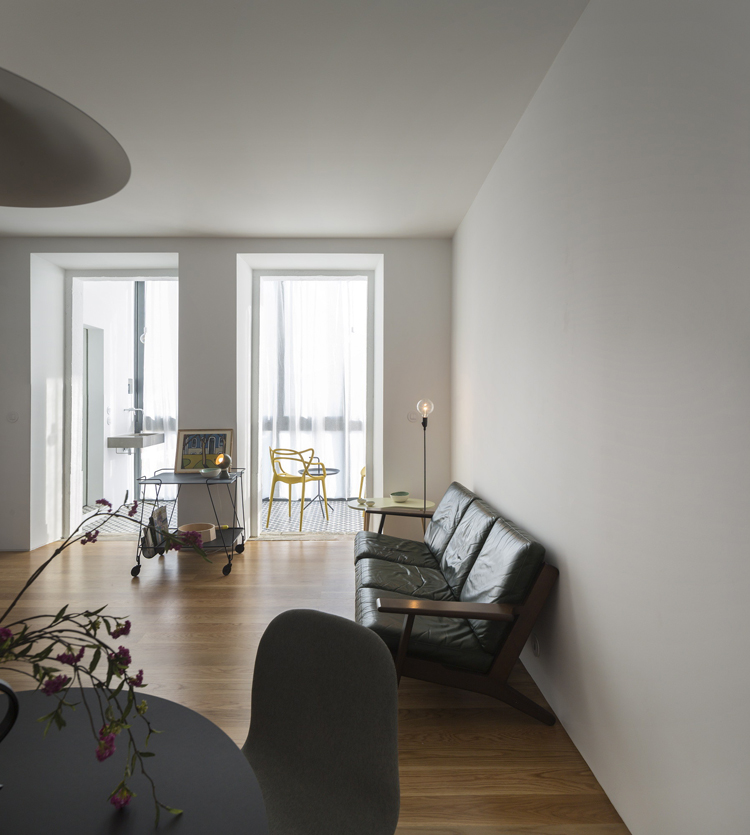 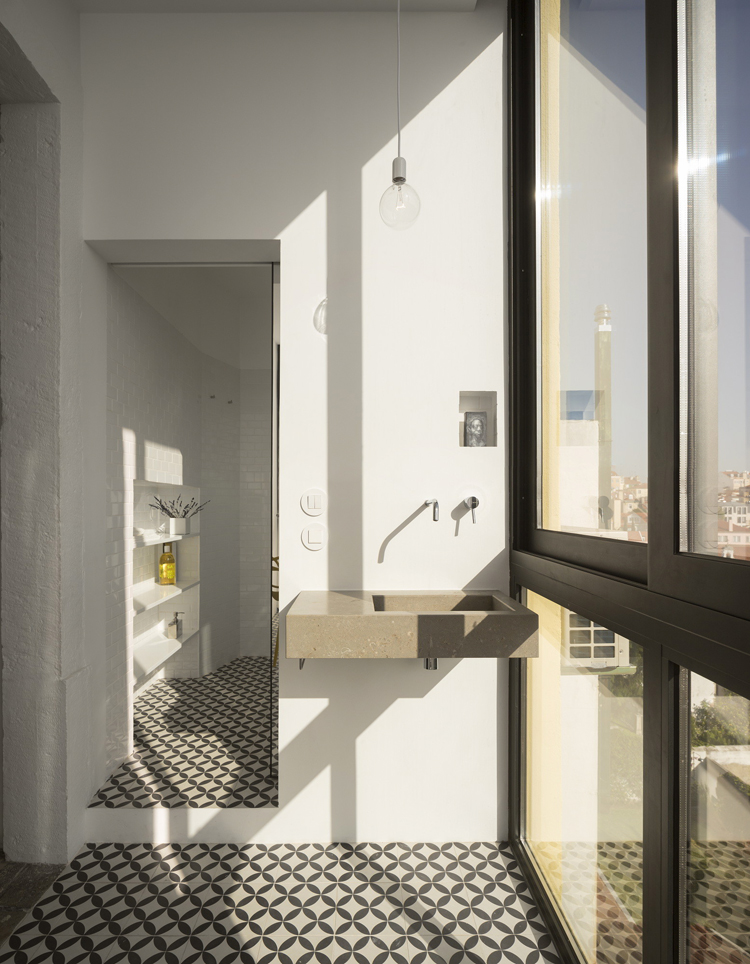 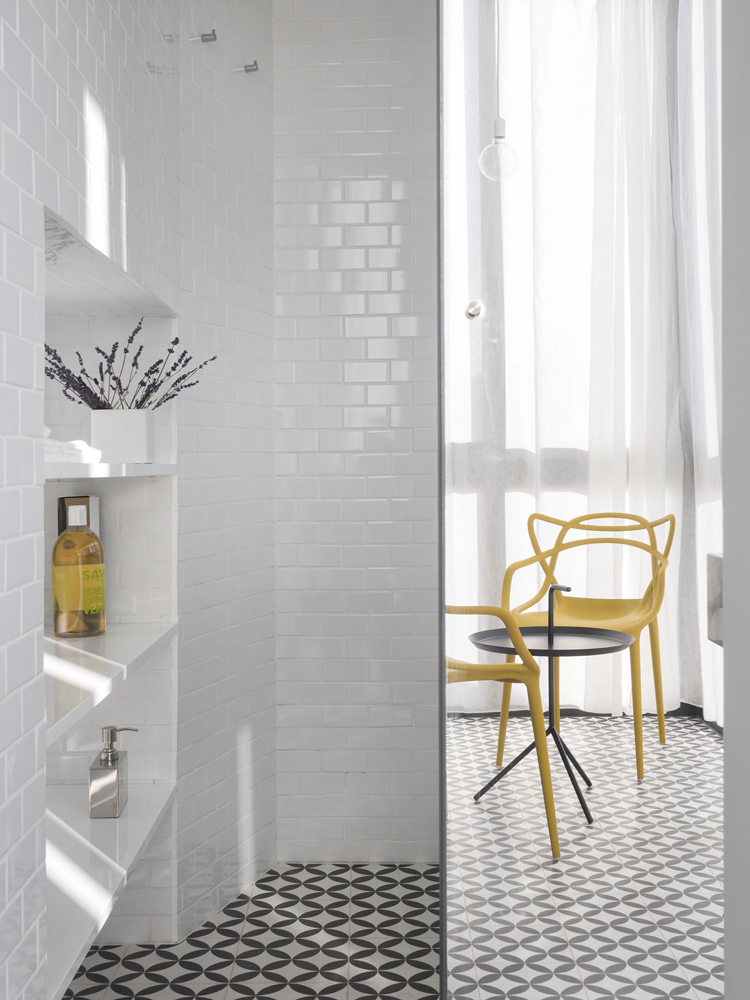 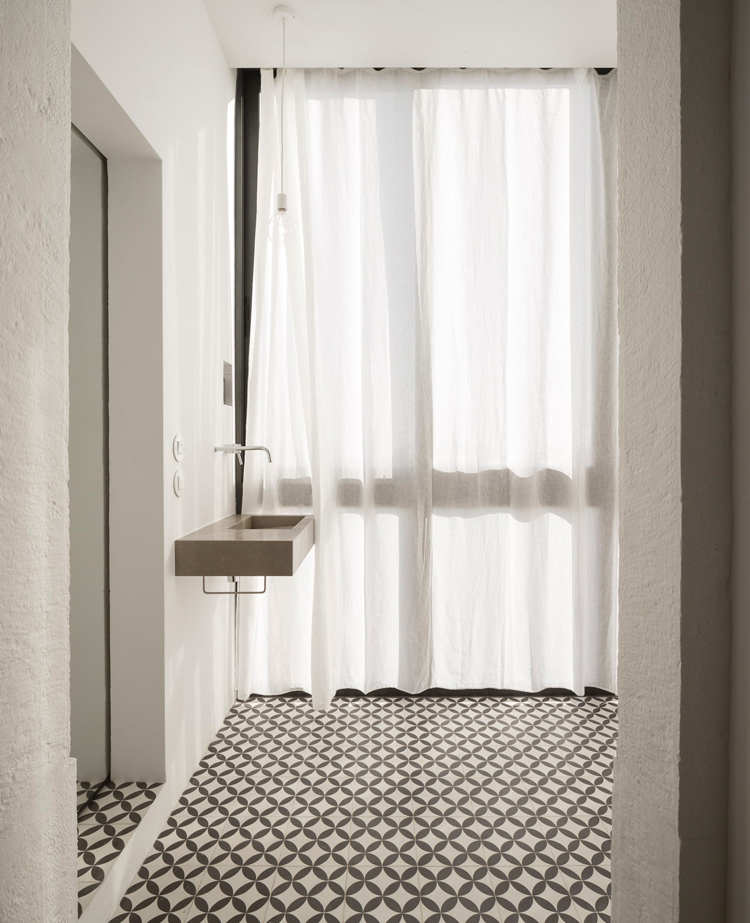 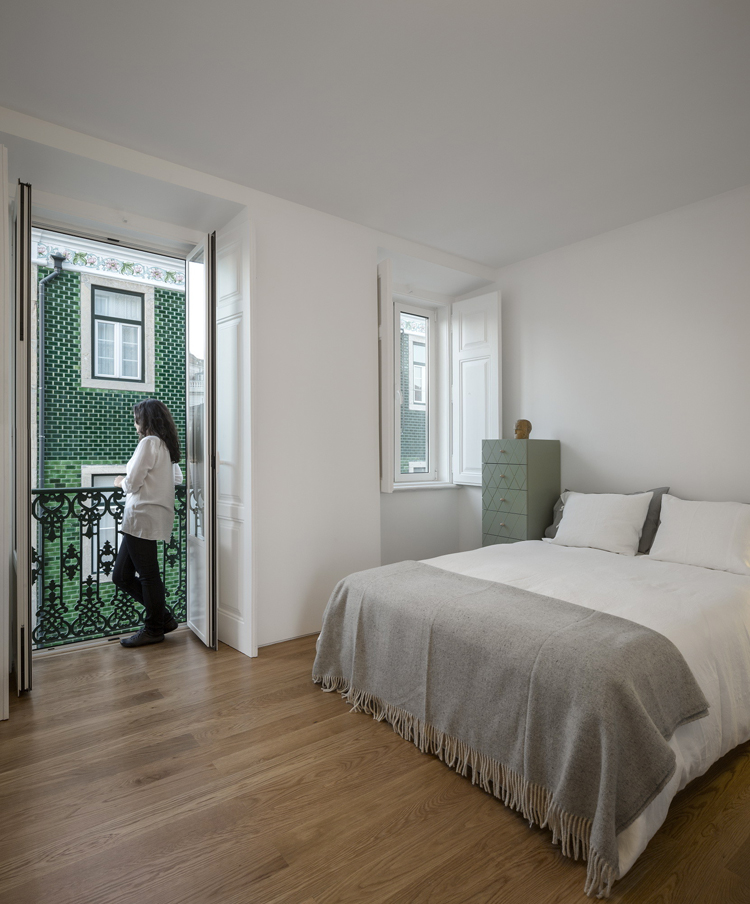 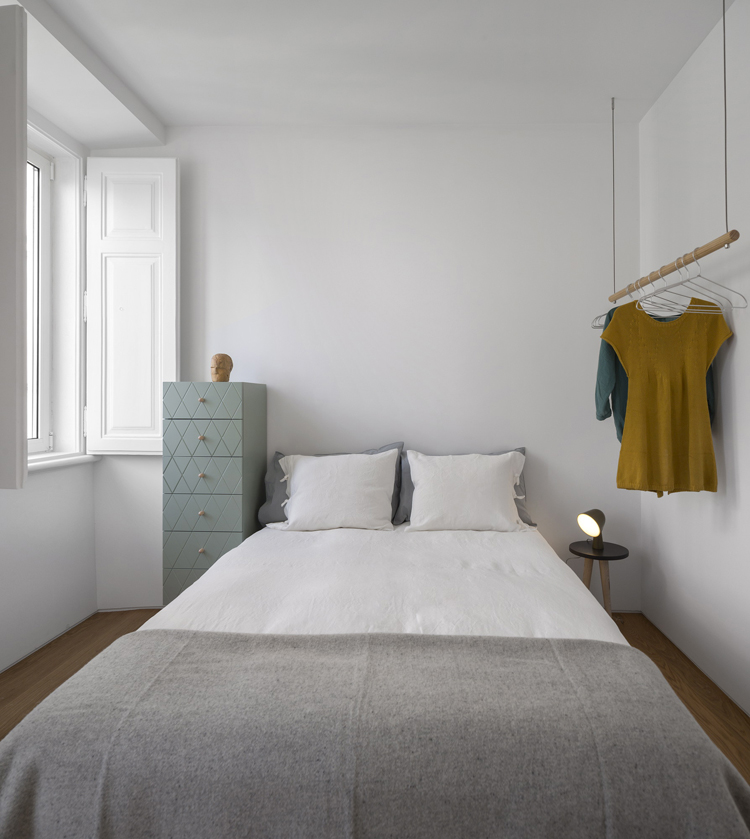 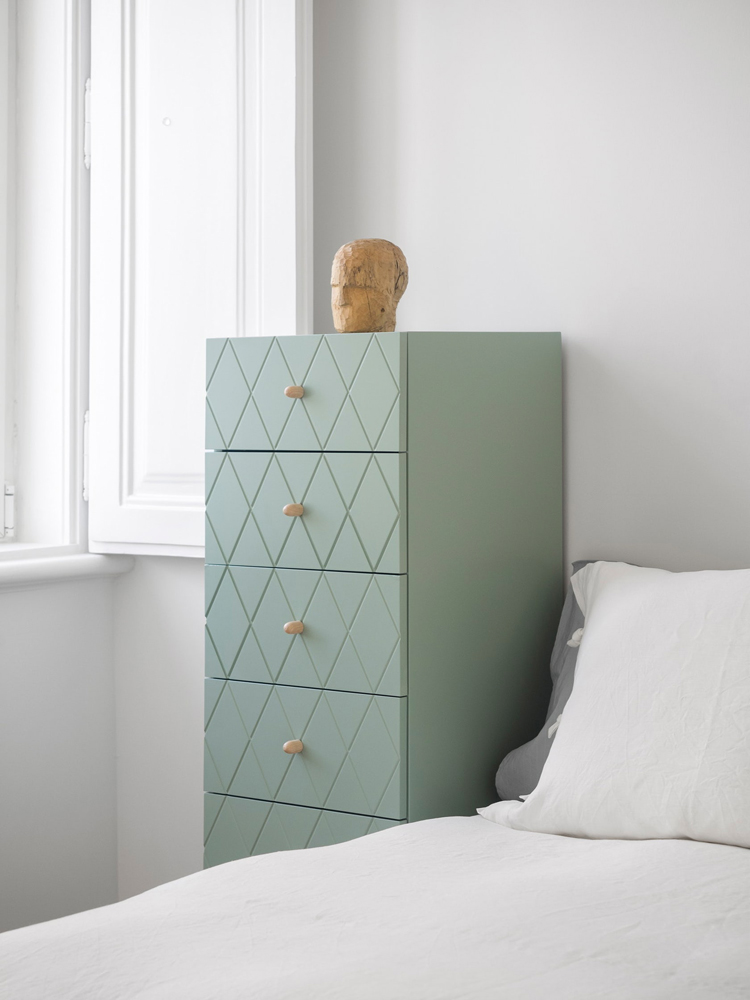 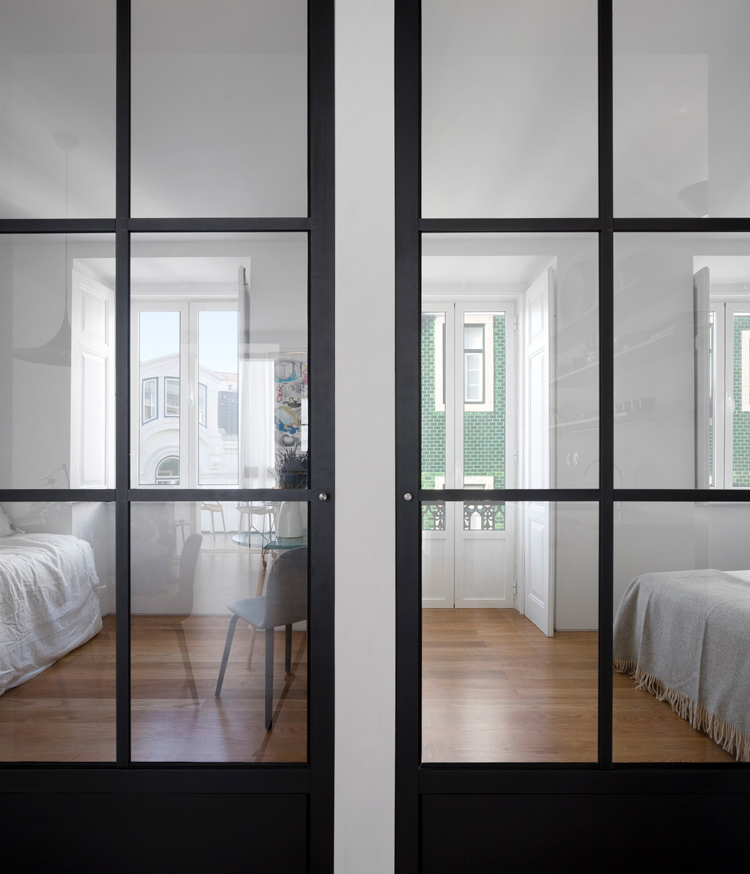