Portuguese Pedro Ferreira Architecture Studio has recently converted an old typography in Porto, built in the 19th-century and abandoned for decades, in a set of six apartments, maintaining all the structure and spatial concept of preexistence.

The original building, though appearing from  the outside to feature just two storeys, contains a series of mezzanine levels that create four floors within. Despite the advanced state of degradation, the industrial austerity that the architects have encountered during the first visits has served as a starting point for the definition of the proposal.

Maintaining the basic structure and spatial layout of the house, the interior design concentrates solely on simple but functional elements.

The result is six duplex apartments, where the white walls and ceilings contrasts with the cold concrete in ground floor and heat of the pine on the upper floors. The staircase, organizer element of the set, is punctuated by a skylight that fills with light the building. 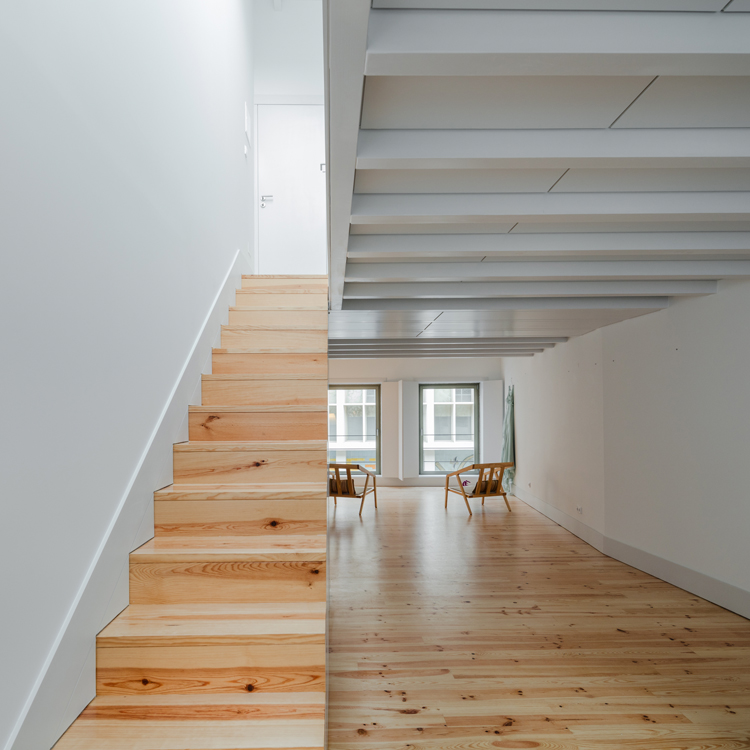 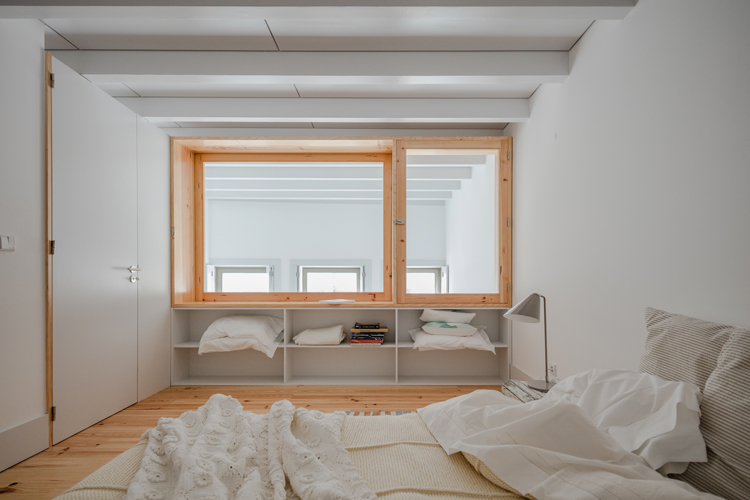 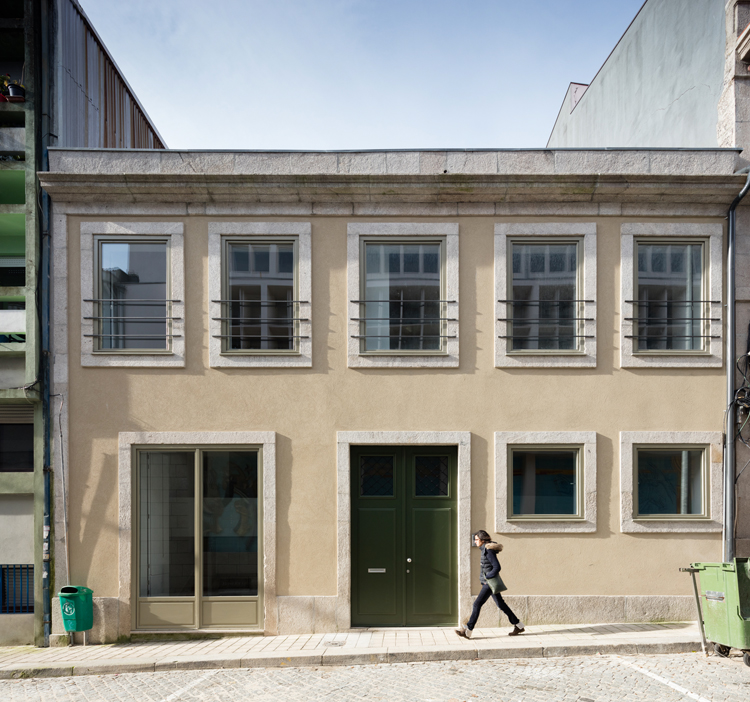 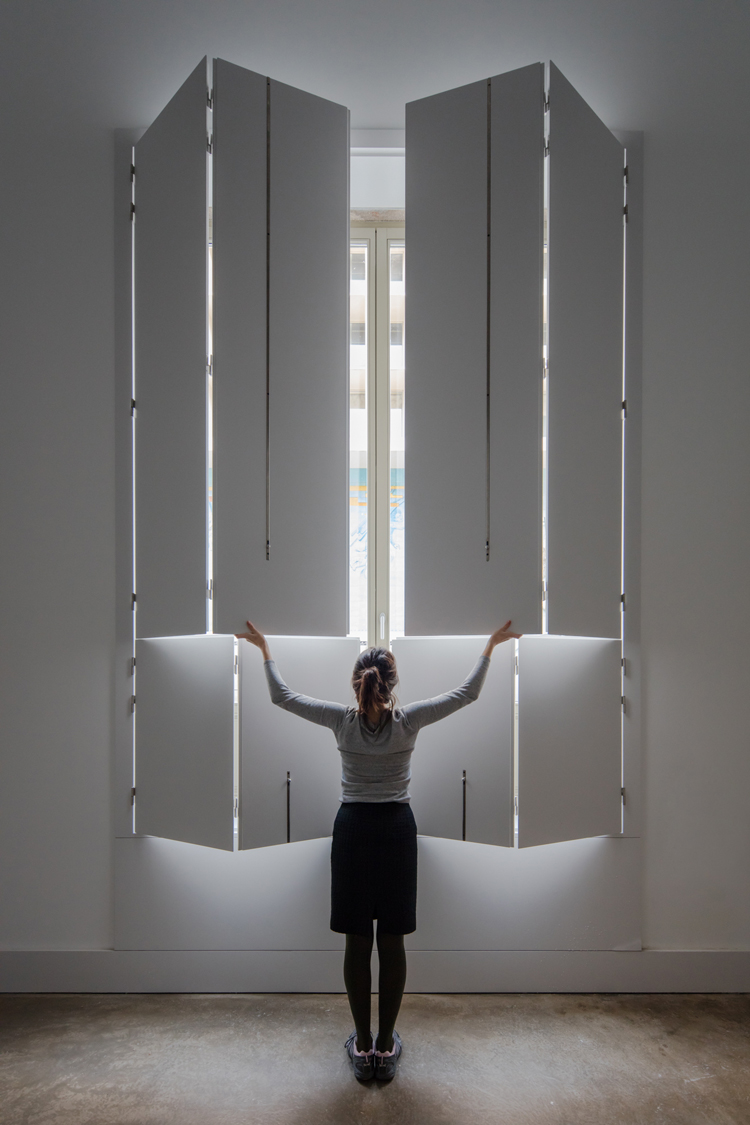 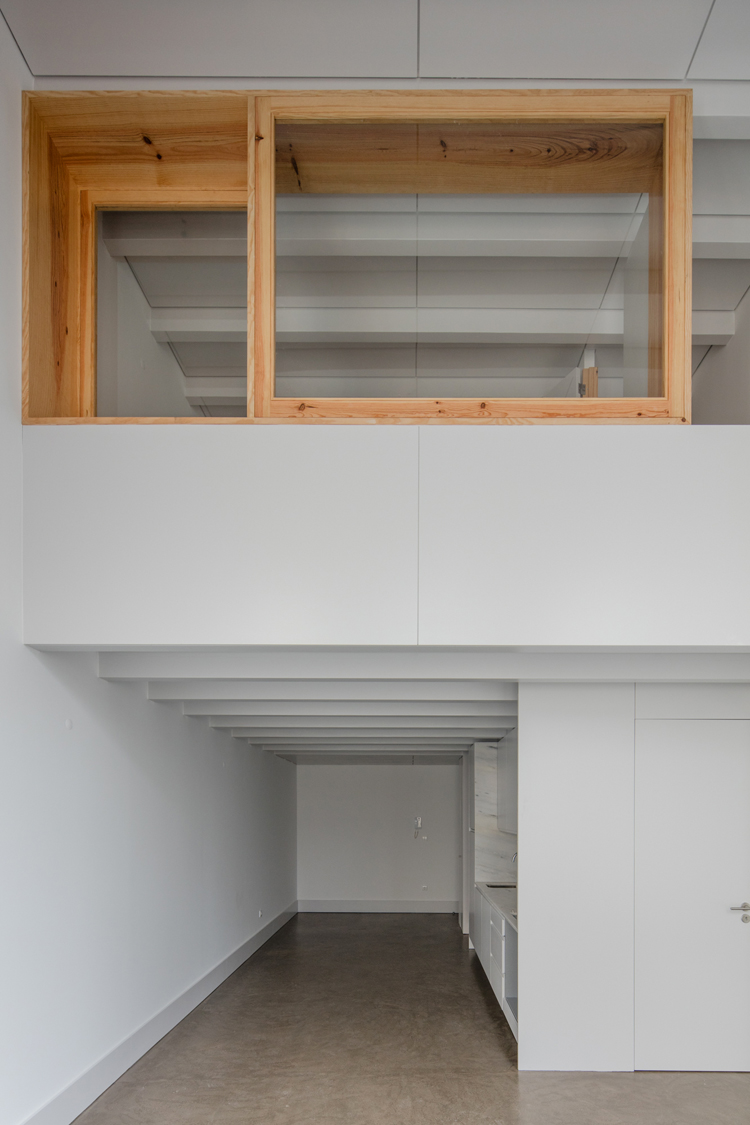 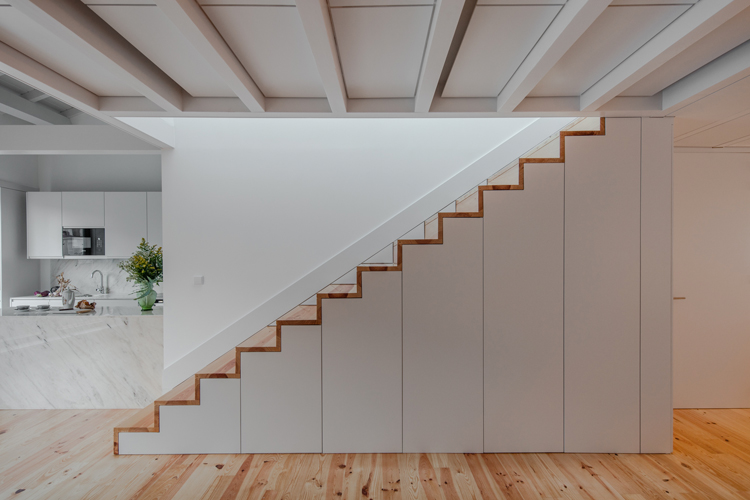 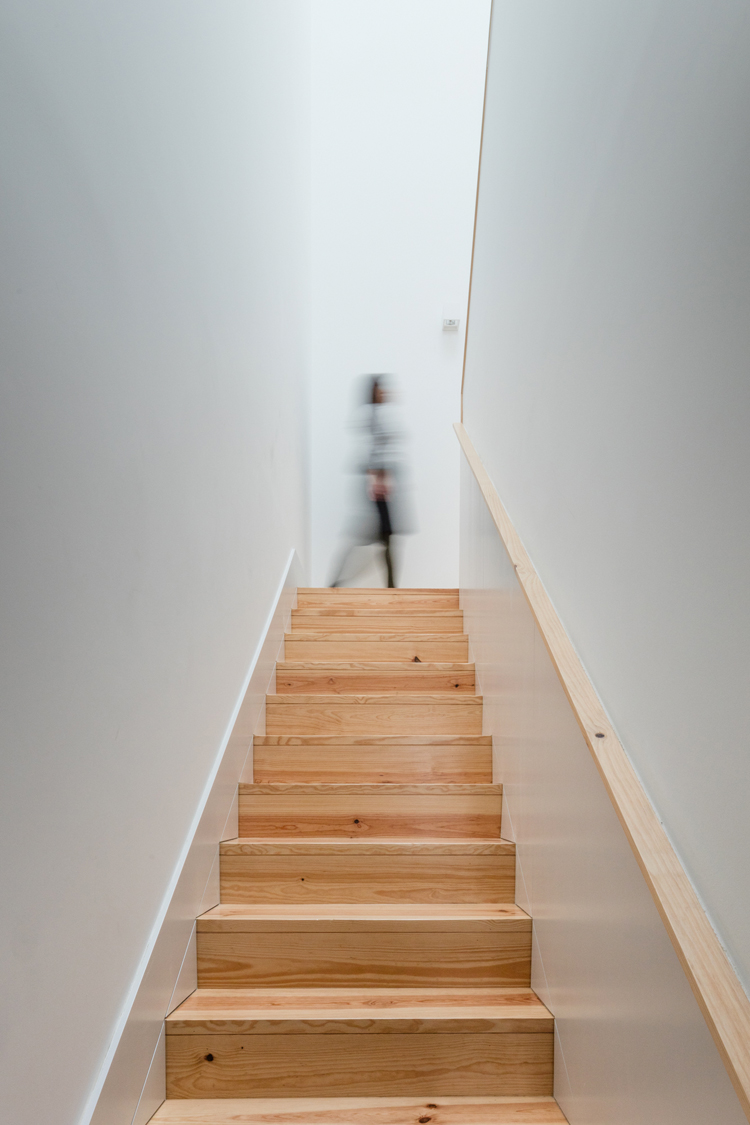 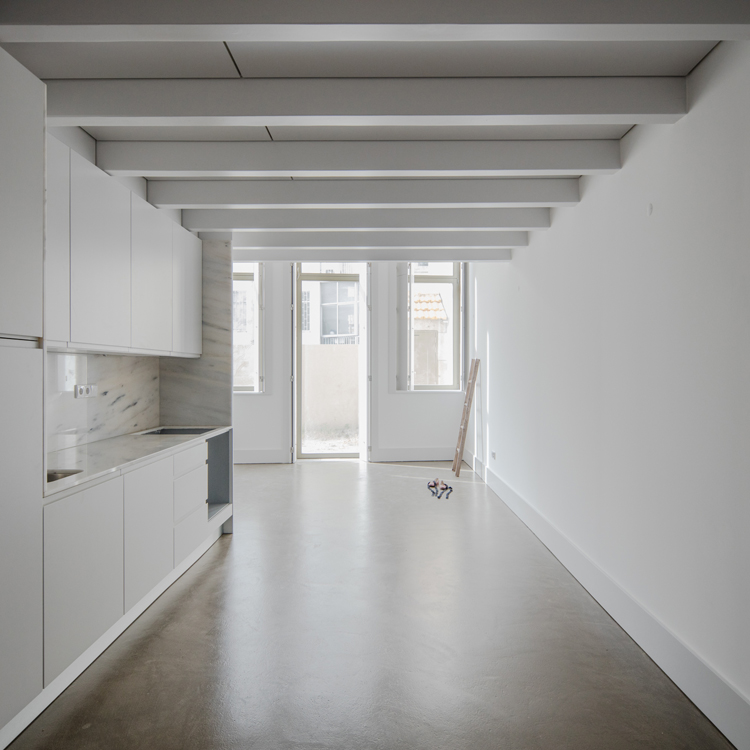 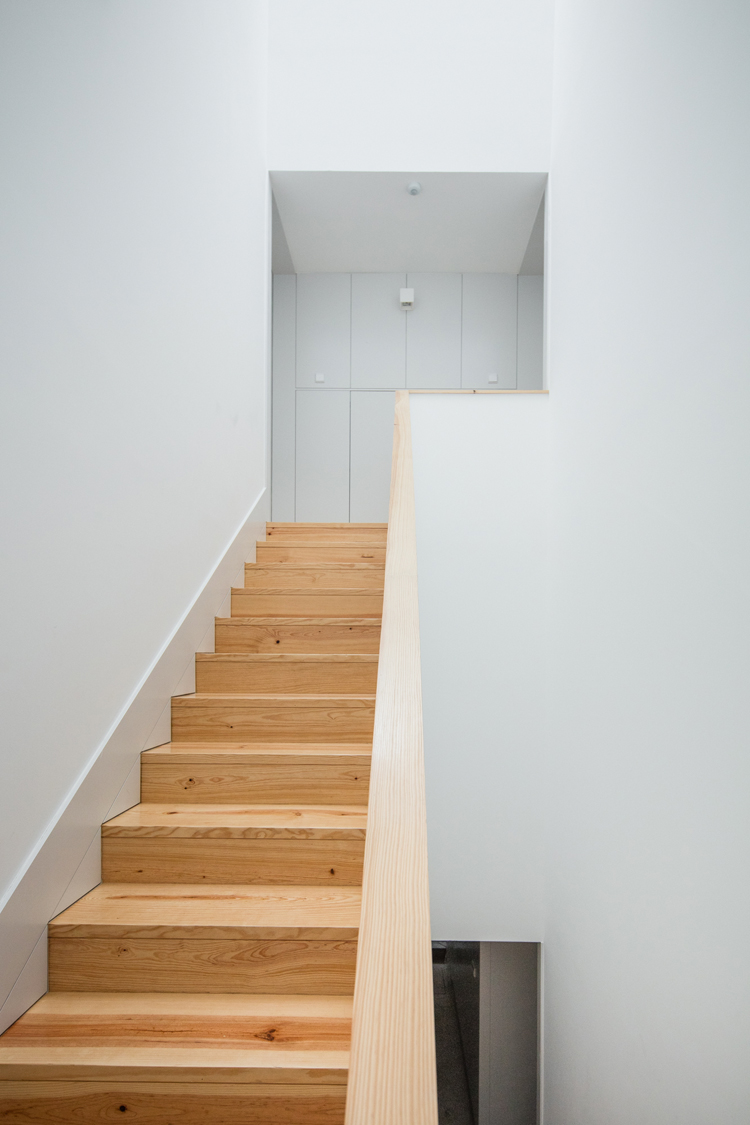 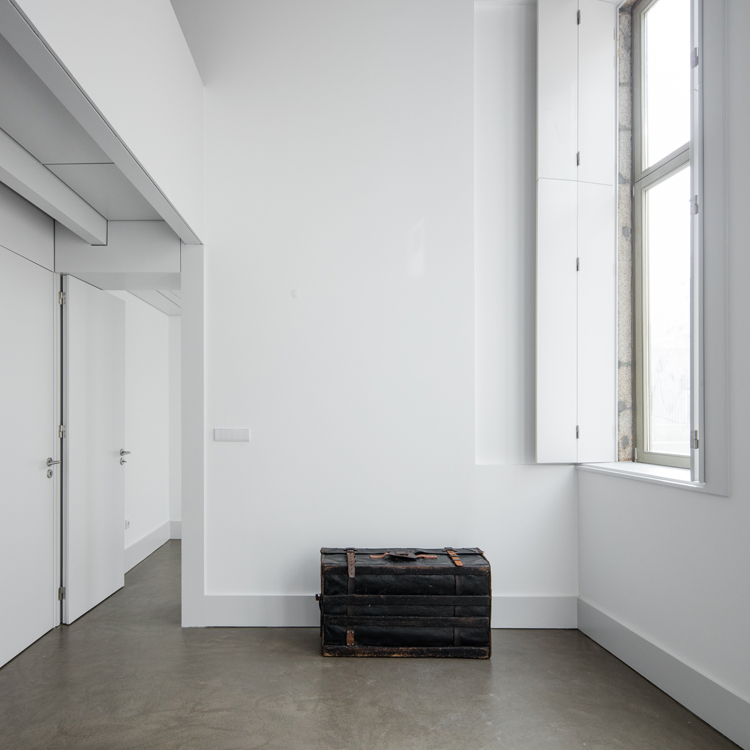 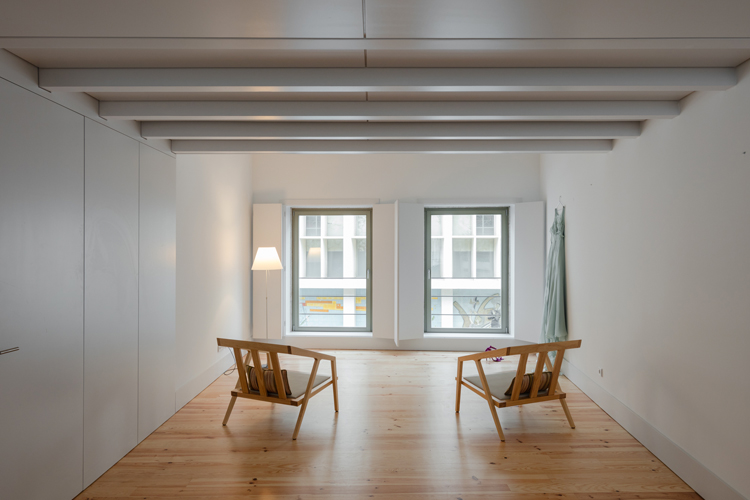 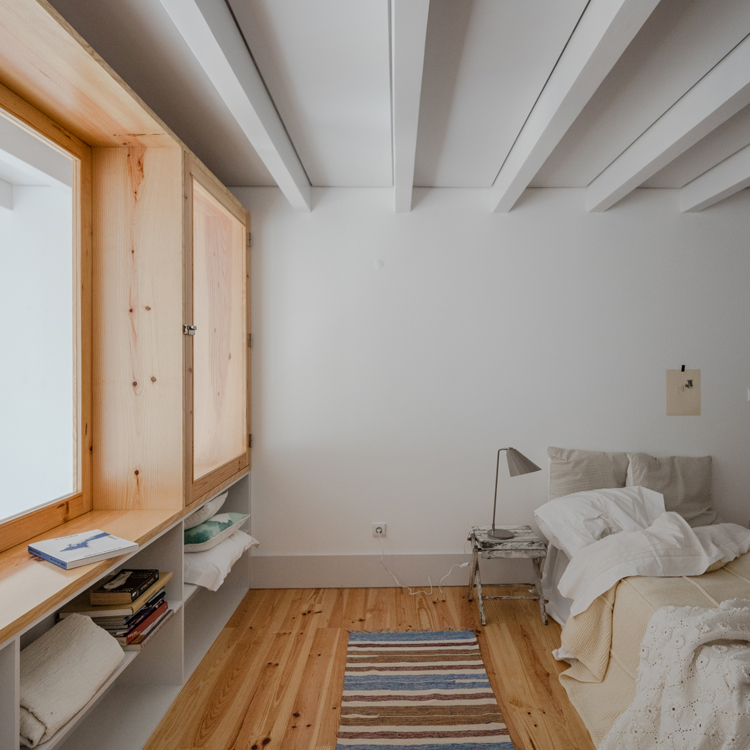