In the Bazillion apartment, YCL Studio has drawn a clear line between the day and the night program of this pied-à-terre for two, while simultaneously blurring the conventional division between the ‘wet’ and the ‘dry’ part of a dwelling. The compact apartment, which comprises 45 square meters, is essentially one open space divided into two by a single, ceramic-clad wall. The dwelling is located in a new residential building in the Old Town of Vilnius and has been commissioned by a frequent traveller, who uses it for short stays in the capital of Lithuania. 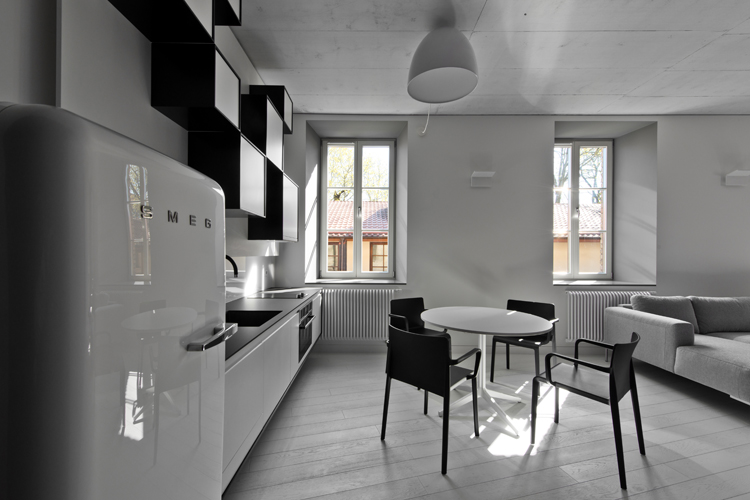 In this apartment, the designers from YCL have made one clever adaptation to conquer and divide the space: an oblique wall which splits the interior into two equal parts, one containing the living area and kitchen, the other the bedroom and bathroom. The former is cool and light, the latter warm and massive. The cool part has a white wooden floor, a white ceiling and white walls, while the floor and walls of the warm part are covered in tiles in three shades of an earthy reddish brown. The concrete ceiling of this part of the apartment is painted as well, in a terra cotta colour close to those of the tiles. 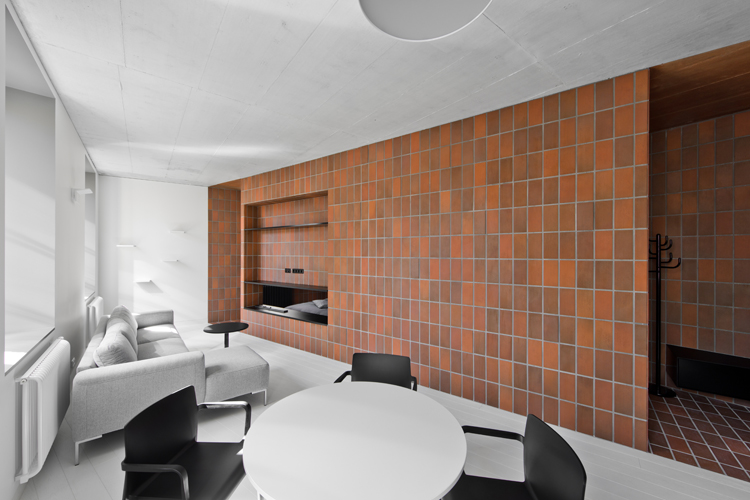 The two contrasting parts of the interior are tied together by furniture in black, white and grey. The absence of any other colour than terra cotta has a strong effect, giving the slightly unusual impression of being in a partially coloured black-and-white movie.

In the process of designing the apartment’s interior, the architects have explored multiple possibilities to maximise the difference between the two parts, testing different contrasts in material and colour work. As Barzda says, “We imagined that the day is bright, full of light, talks, friends, food while the night time asks for a private, safe and cosy place, and is a bit dark, and sleepy. This opposition is articulated by drawing a sharp line.” 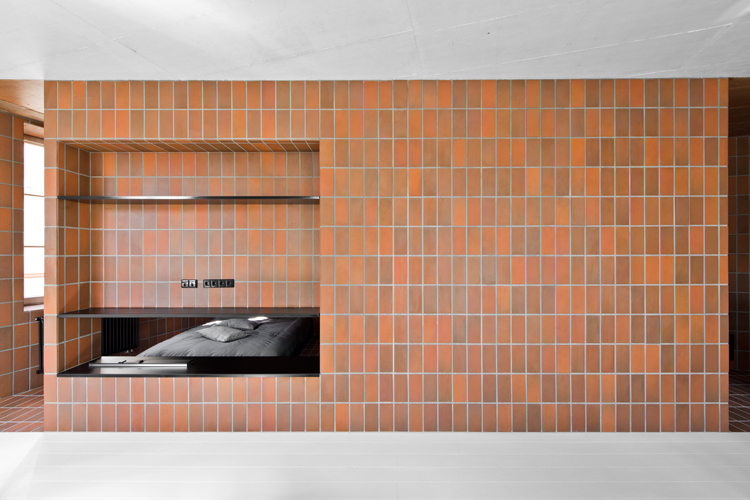 The contrast they have opted for, white wood versus terra-cotta-coloured ceramics, is not only strong in itself, but contains an intriguing twist as well. The conventional division in apartments is based on the presence, or absence, of running water. Usually the kitchen, bathroom and toilet are grouped together and often treated as a unit. In this case, the material of choice for the ‘wet’ part of a dwelling is not applied in the kitchen, while the bedroom is clad with ceramics. 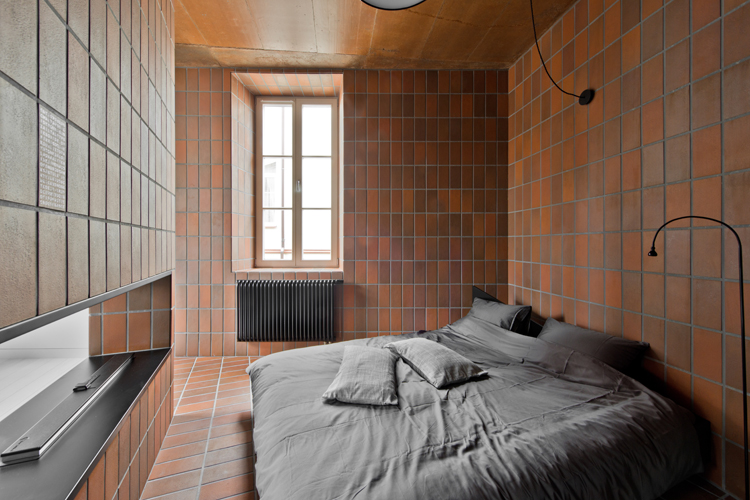 As Barzda sees it, there were several reasons to utilise these tiles: “We wanted to use a natural material which could ‘fill the space’ and would suggest that it would be there permanently.” The terra cotta hints at the red bricks used throughout the Old Town. Moreover, the designers believe ceramics could evoke the calm atmosphere they were seeking. Most importantly perhaps for the critical success of this interior is how the tiles have been liberated from their common, limited role and have become the front and centre of the interior. In this way, the Bazillion Apartment convincingly underlines the versatility of ceramic products. 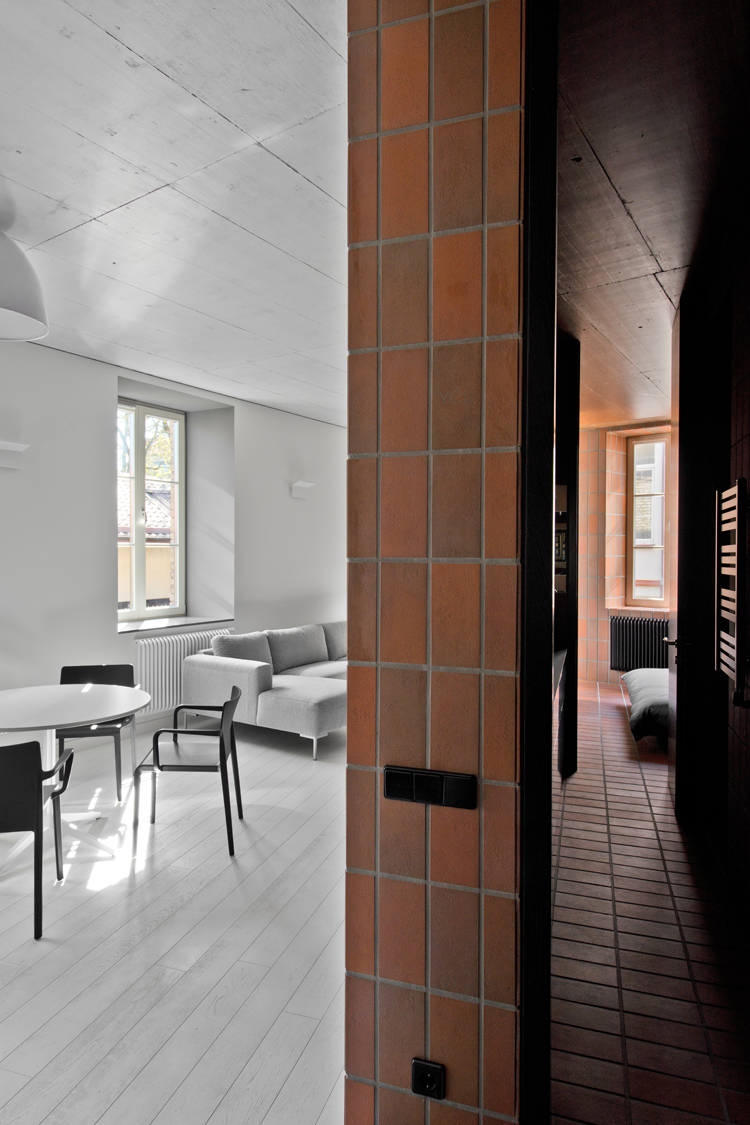 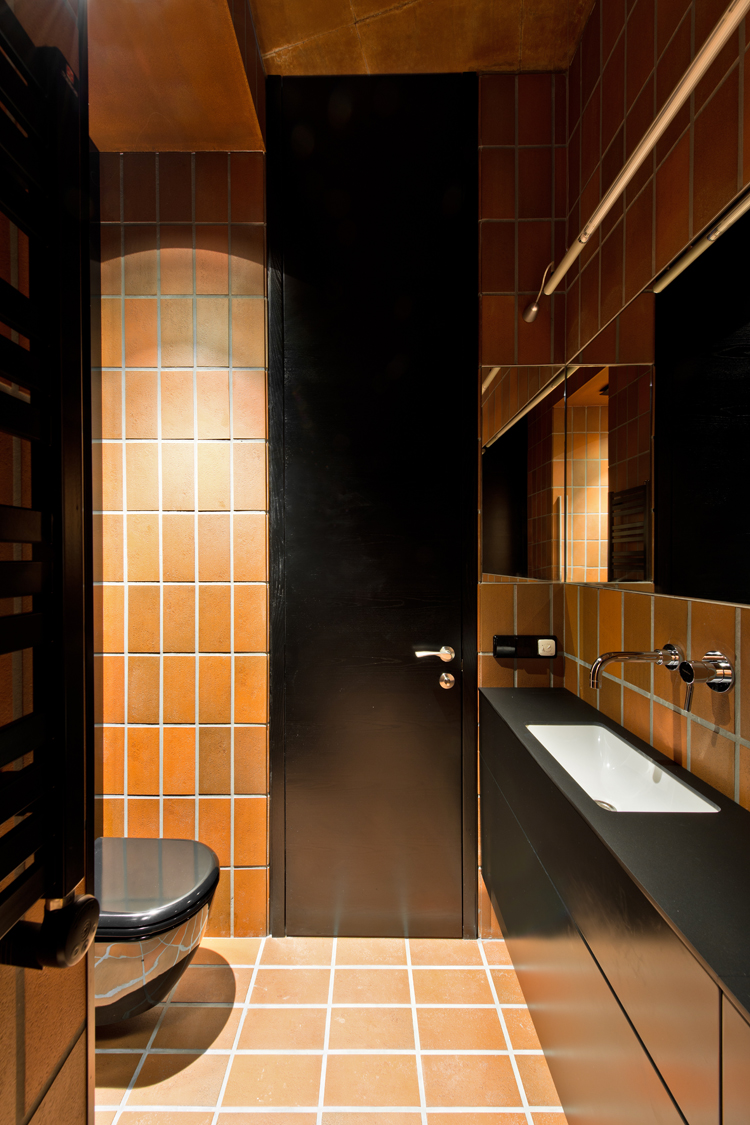 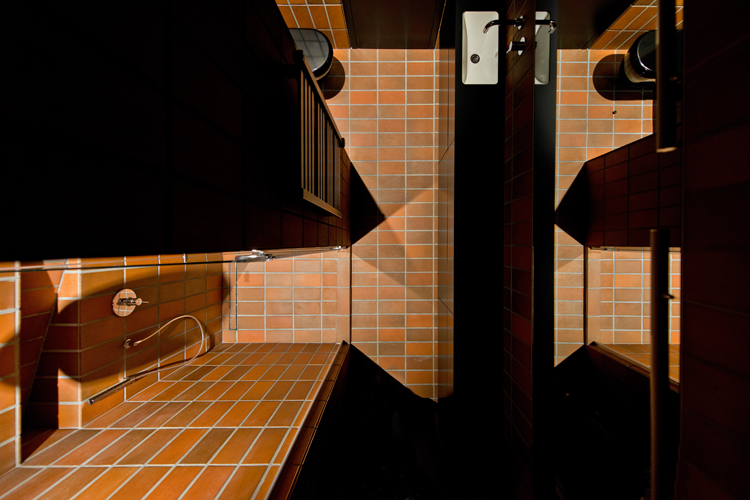 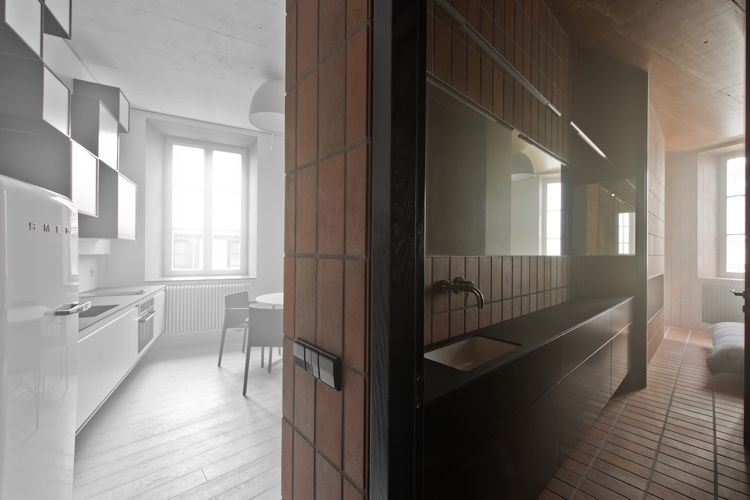 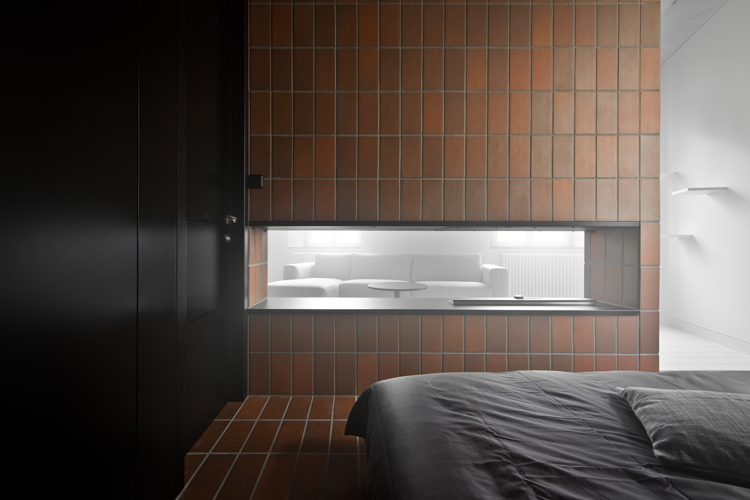 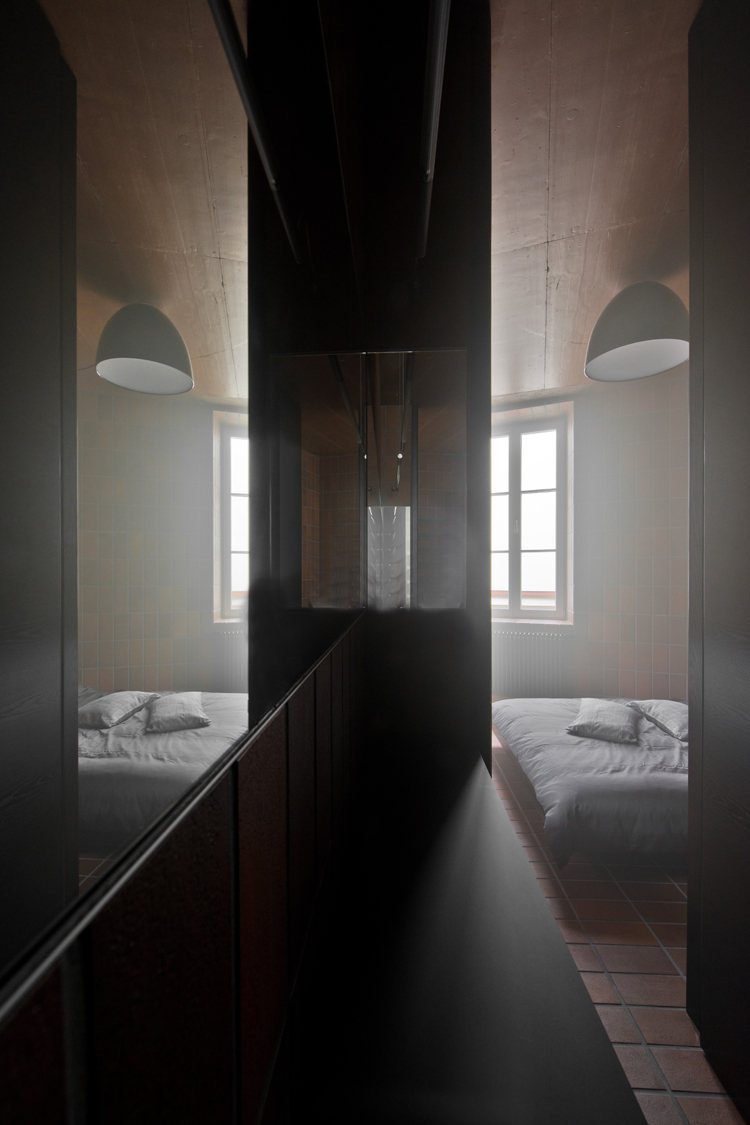