Recently completed by Indian architecture firm Design Work Group in Saniya Hemad, India, Tropical House is a weekend residence, away from the city noises, into the woods. The 900 sqm residence rests on the edge of a village, in a quiet zone, and within the heart of the nature. There were six mango trees and six to eight huge sapodilla trees on the site. 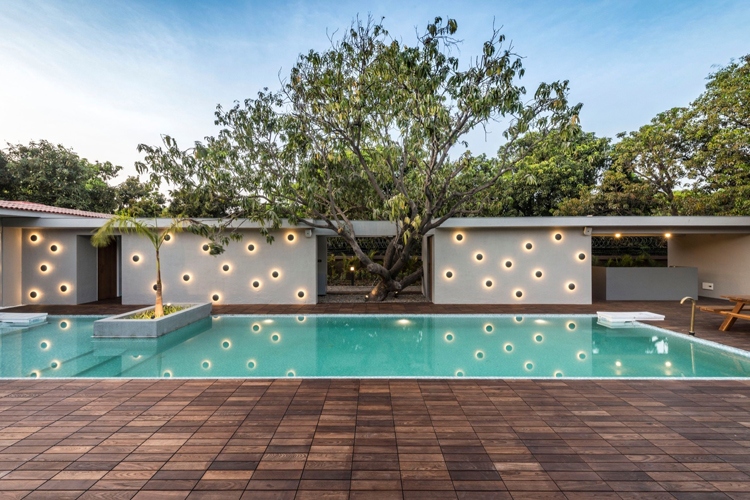 Design Work Group’s major concern was to keep untouched the existing trees on the plot, and built the house around them, letting the nature prosper in the 4000 sqm plot. Indian studio designed a four bedroom residence that preserves and merges into the green canopies of the mango and sapodilla trees. Moreover, spaces are placed in such a way that it separates private and public spaces, creating an atmosphere where the distinction between indoor and outdoor spaces is lost, while the amalgamation leads the dweller to an unrestrained, non-abrupt and unhindered ambience. 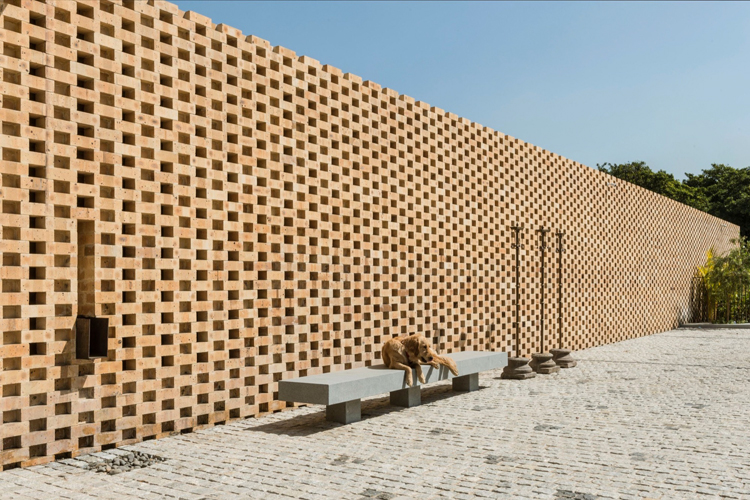 The plan is divided using two major brick walls, one linear and another with a L shape. They run throughout the house, connecting and dividing the internal spaces, thus they become the very important elements of the house. The fire bricks used for these walls become a critical material, as they allow flexibility in usage. Sometimes porous like a jali, sometimes opaque and textured; and at times forming a courtyard or working as a backdrop; these walls can be seen from every corner of the house. 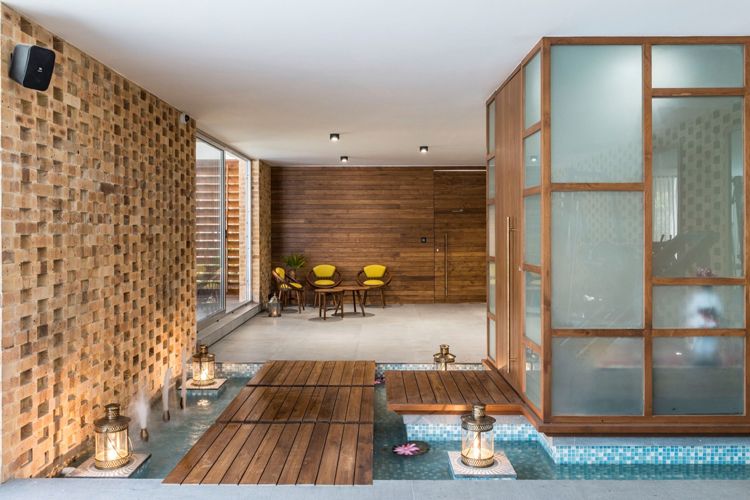 The bedrooms are all independent separate entities, resting on the west as they catch the winds. Connected by a corridor, they are followed by covered sitting and pooja. A large swimming pool is hosted near the center, making sure the design is loyal to the concept by integrating into nature. An outdoor kitchen, changing rooms, gym and steam rooms nestle around it. The living, dining and kitchen are provided with a flush of openings on the north facade, allowing the spaces into the lush landscape. 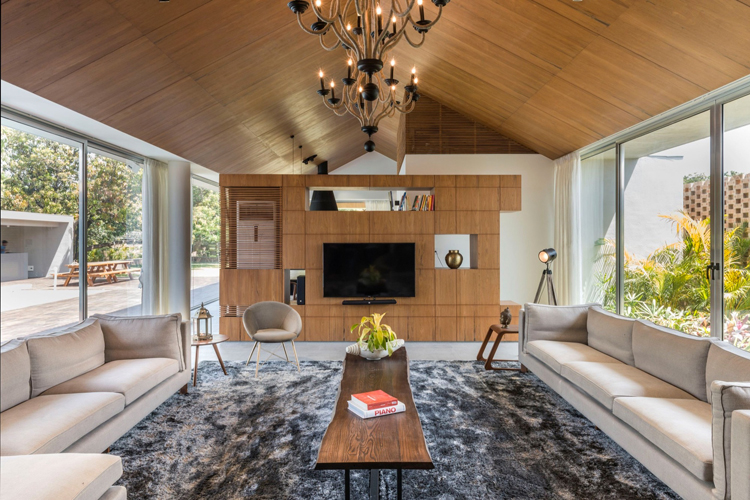 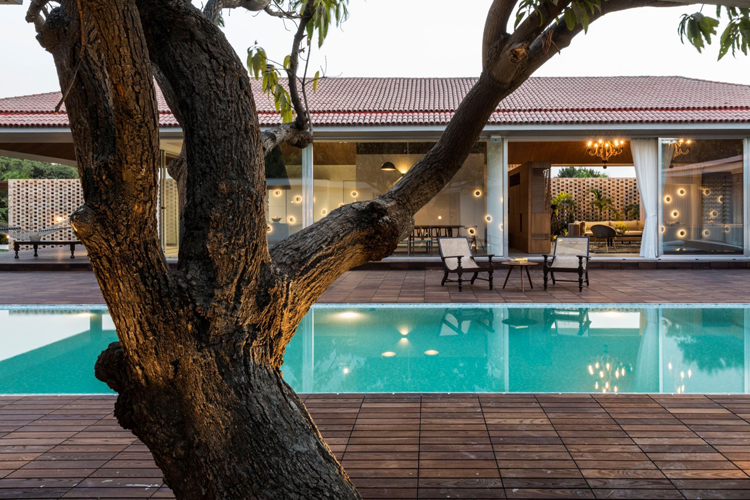 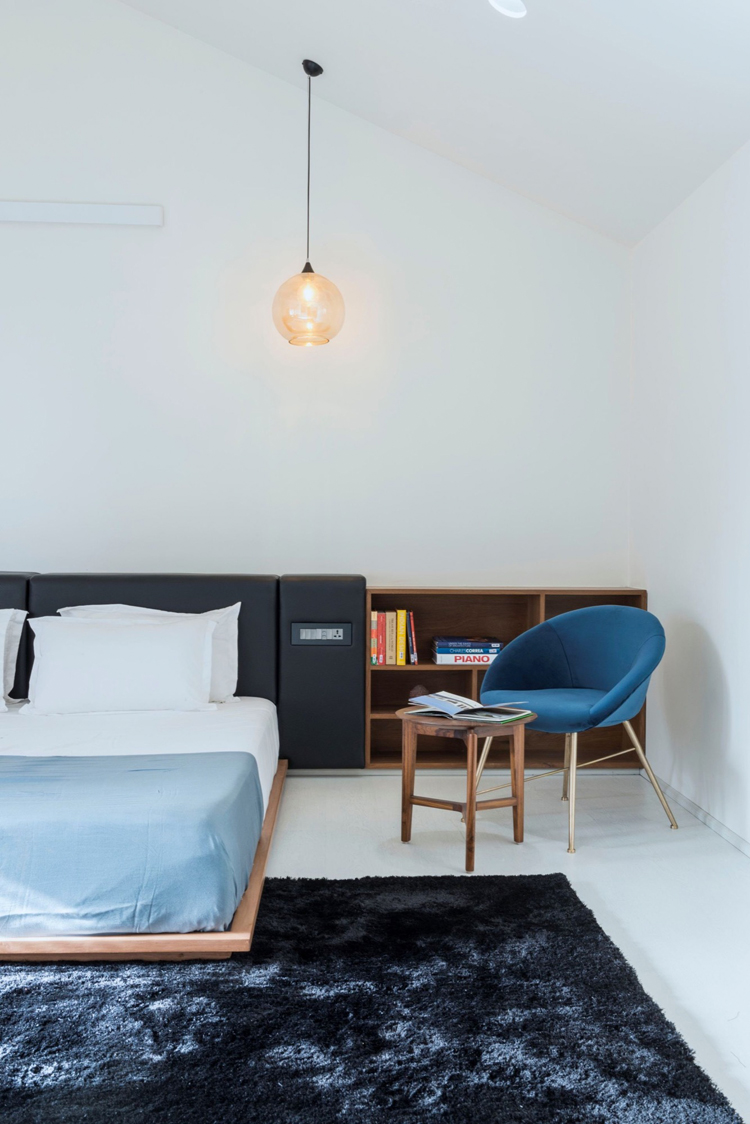 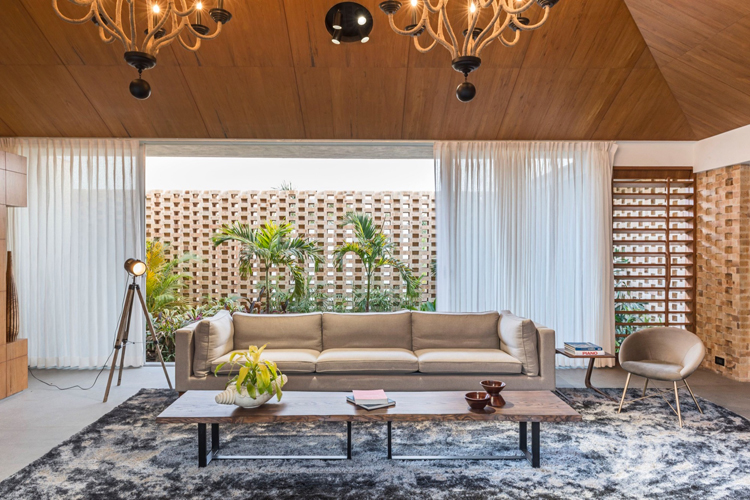 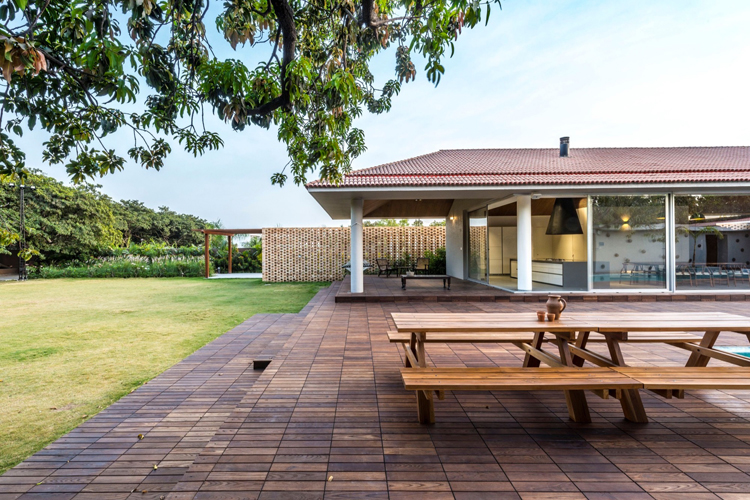 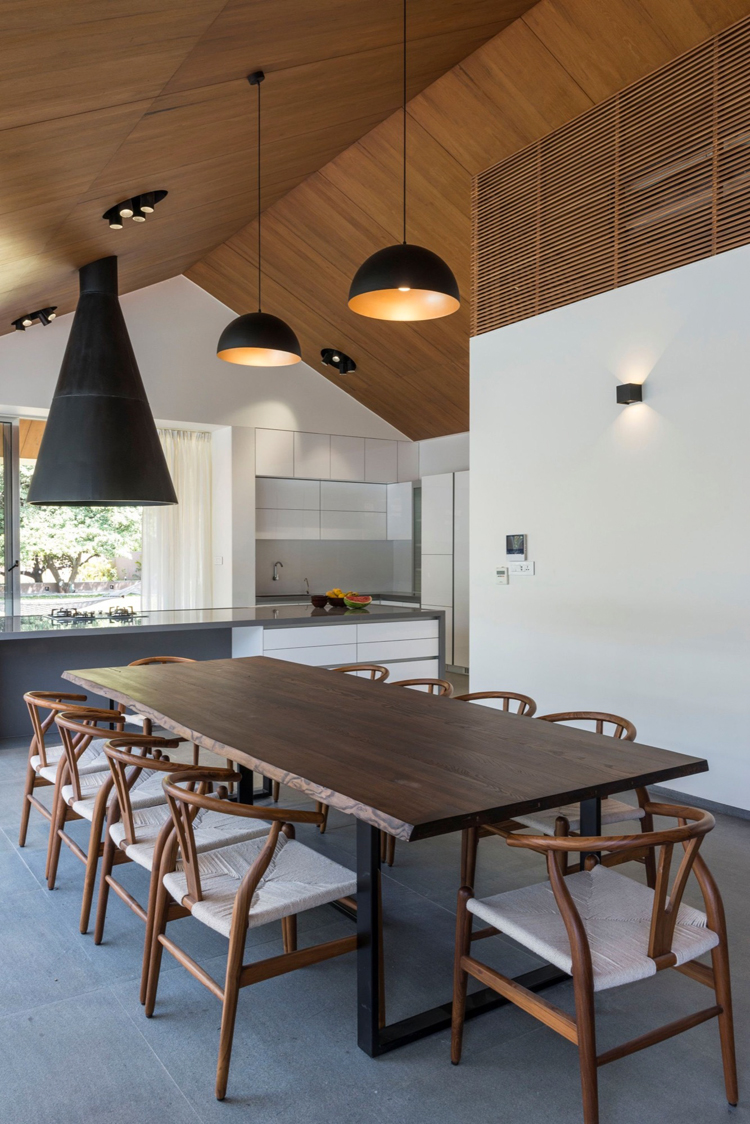