Israeli architect Pitsou Kedem has refurbished a historic apartment in Jaffa, the ancient port city located in the south of Tel Aviv, Israel. The apartment’s rooms were added to and adjusted over hundreds of years, resulting in a series of dark and cluttered spaces with varying floor heights.

“Refurbishing presented an opportunity to unite the rooms into one whole and, in particular, to illuminate and brighten the dim space by opening it up toward the sea,” explains Pitsou Kedem. 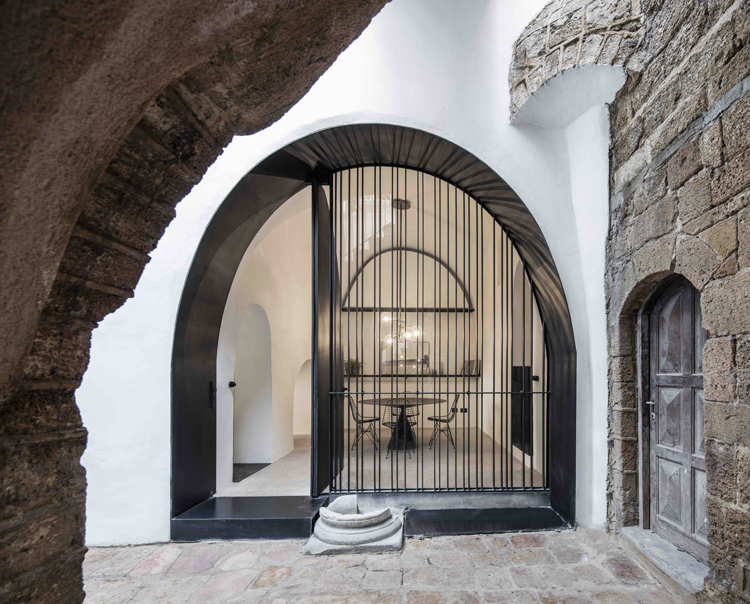 Decorations added over the years to the ceiling arches were promptly removed and the arches covered in white plaster. In contrast – the impressive dome in the kitchen, which had been covered in layers of plaster, was uncovered. The floor level was unified – by addition or subtraction – depending on the room, and a new raw concrete floor was cast, with accentuated filing stones. 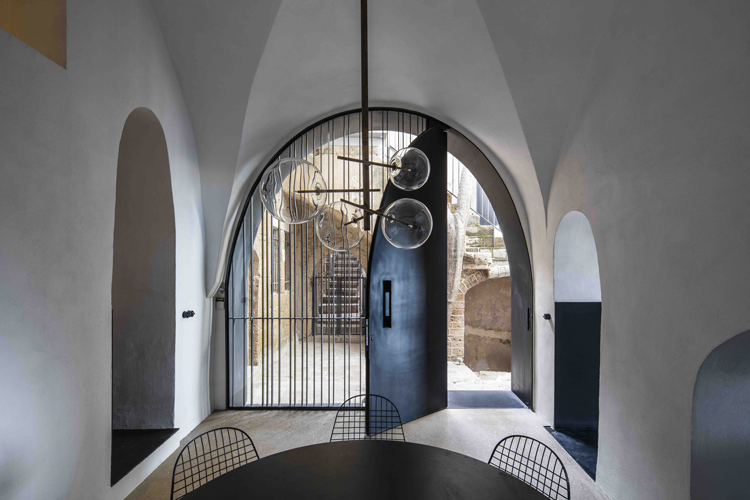 The newly integrated spaces are not closed with doors, but left open – allowing views to the sea from each one of them. Hence, in the absence of a hallway they serve both their designed function and for passing through. The openings connecting them are emphasized with black tin sheet covering that is also used to hide the new technical systems in the walls; whereas in the bathroom, it is used on the raised toilet and shower platform, set facing the sea. 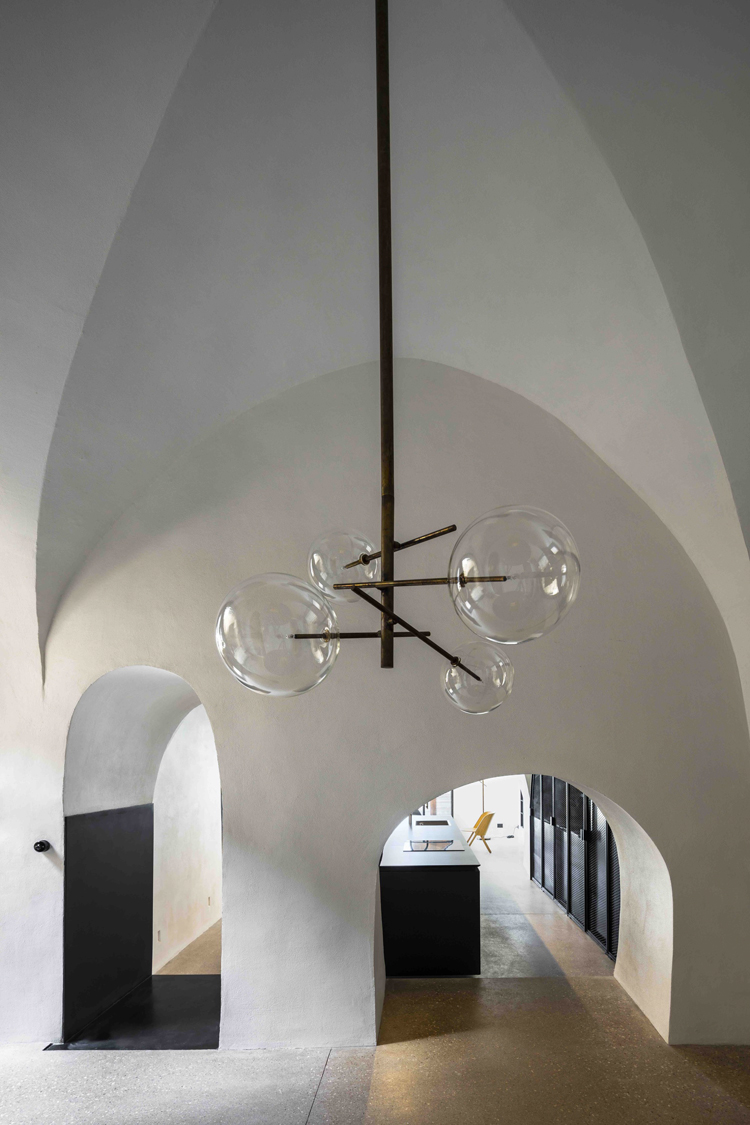 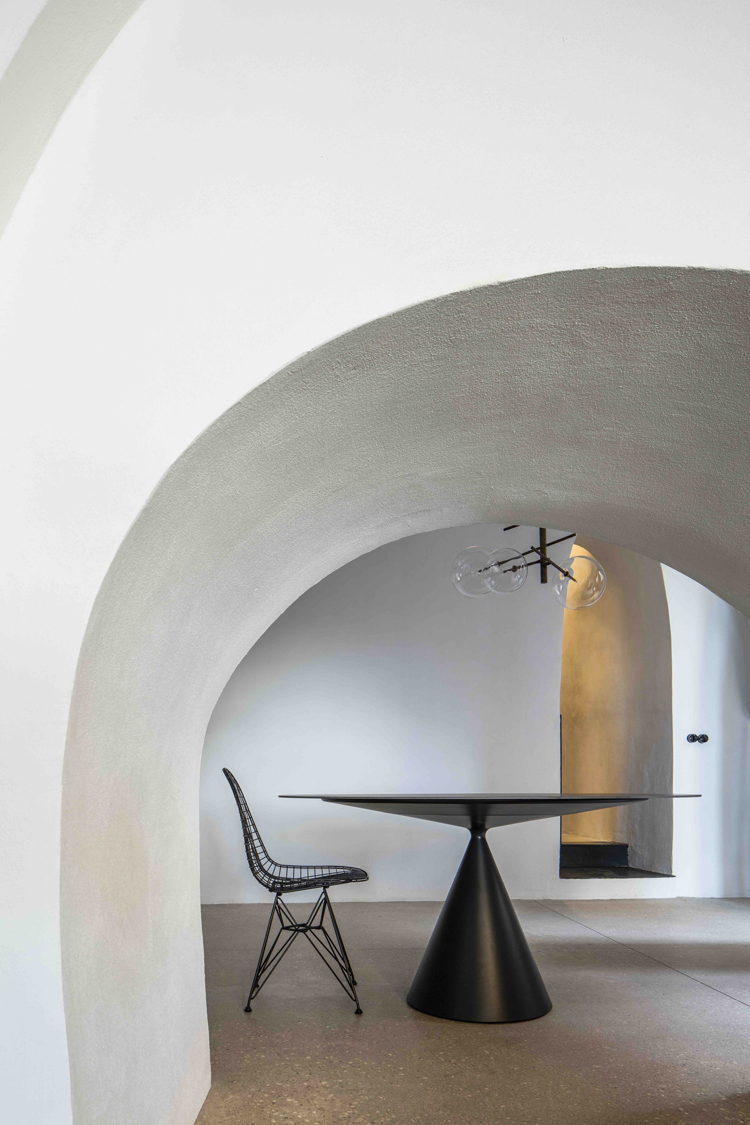 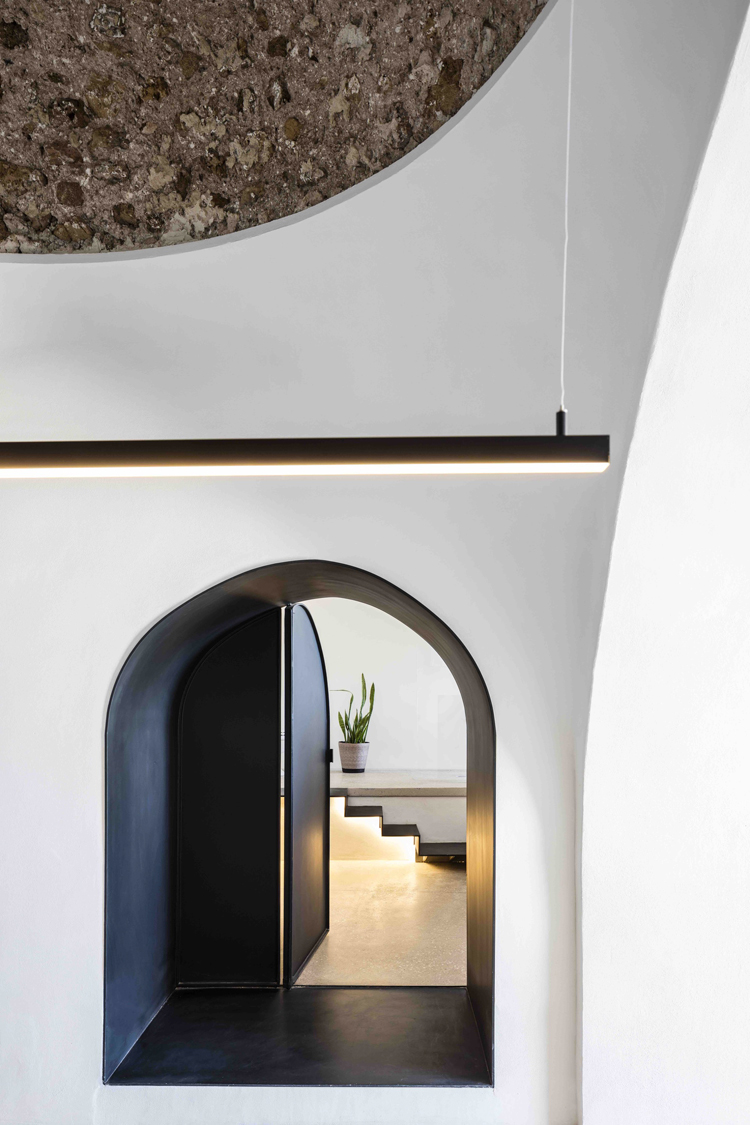 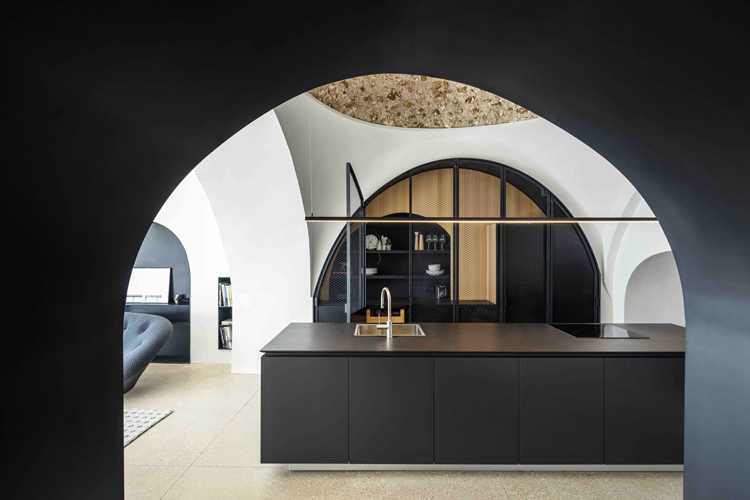 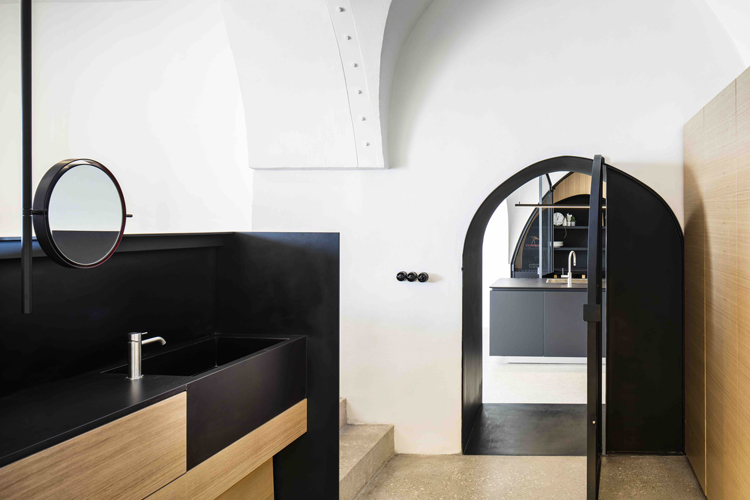 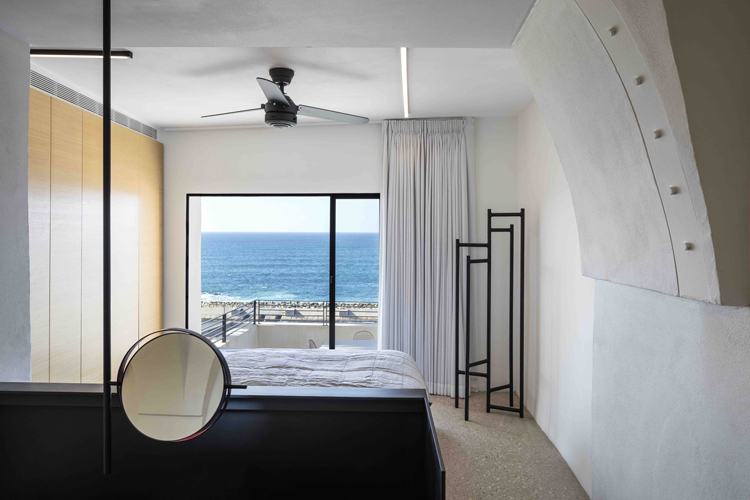 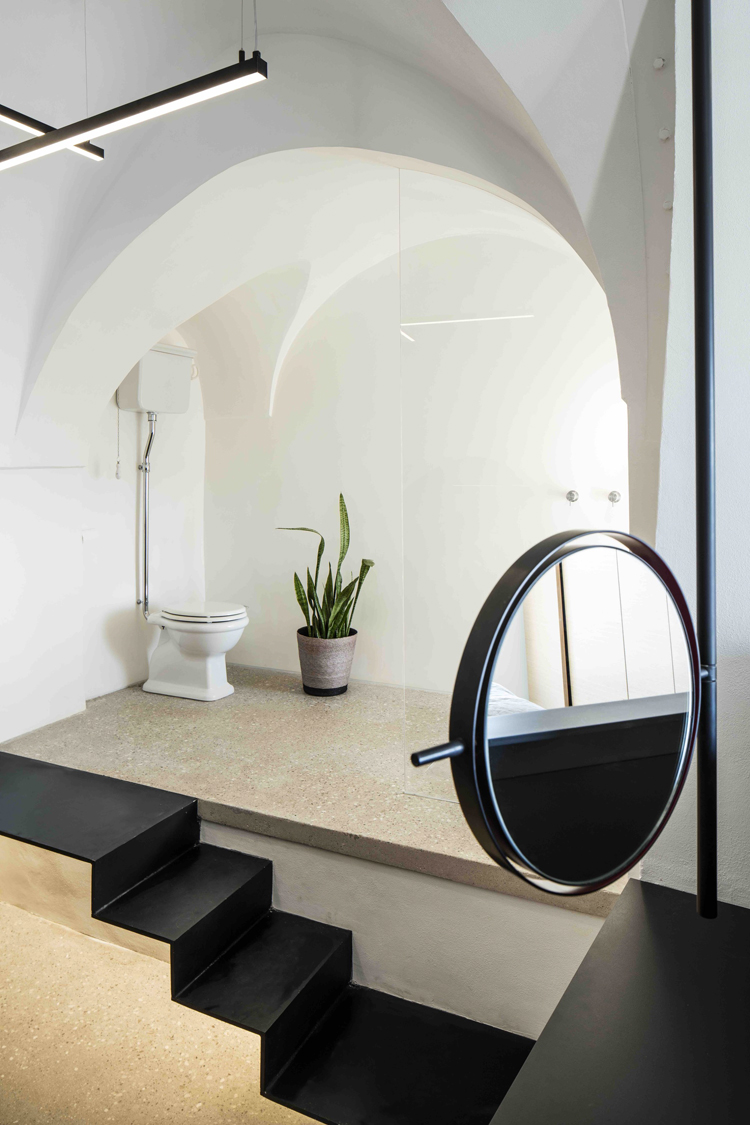 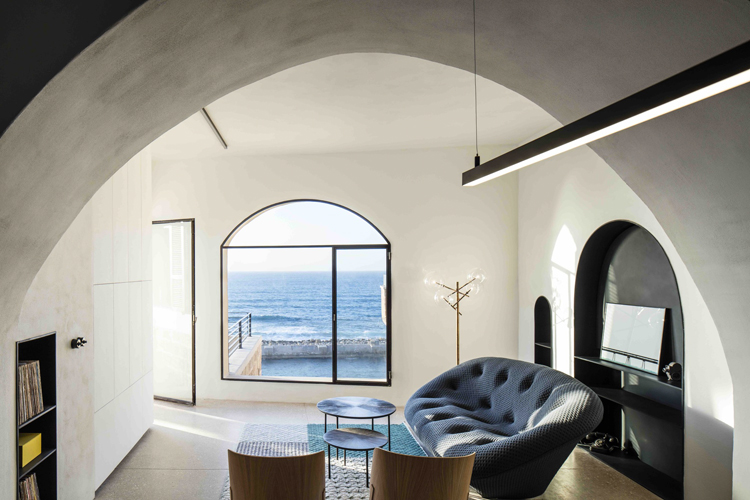 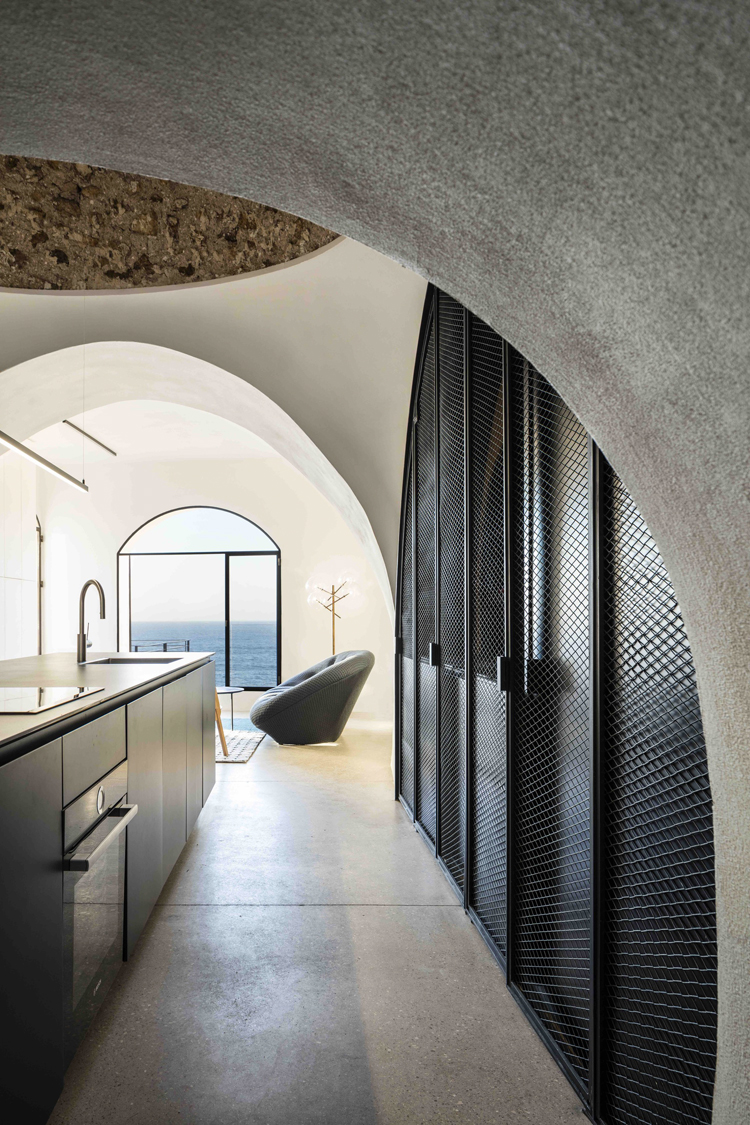 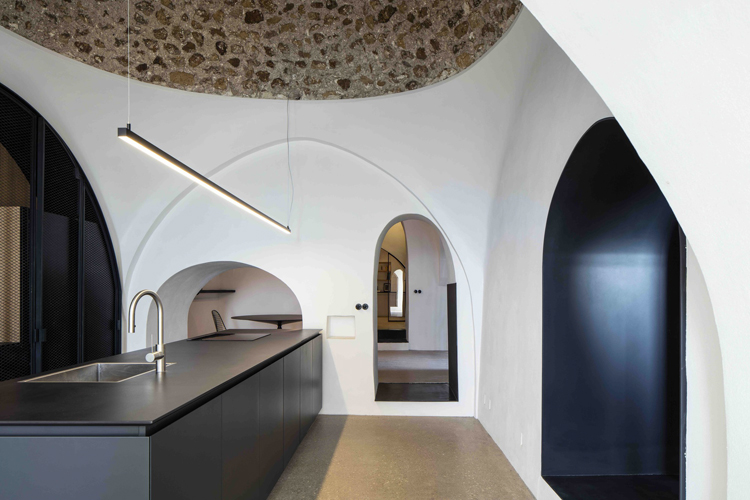 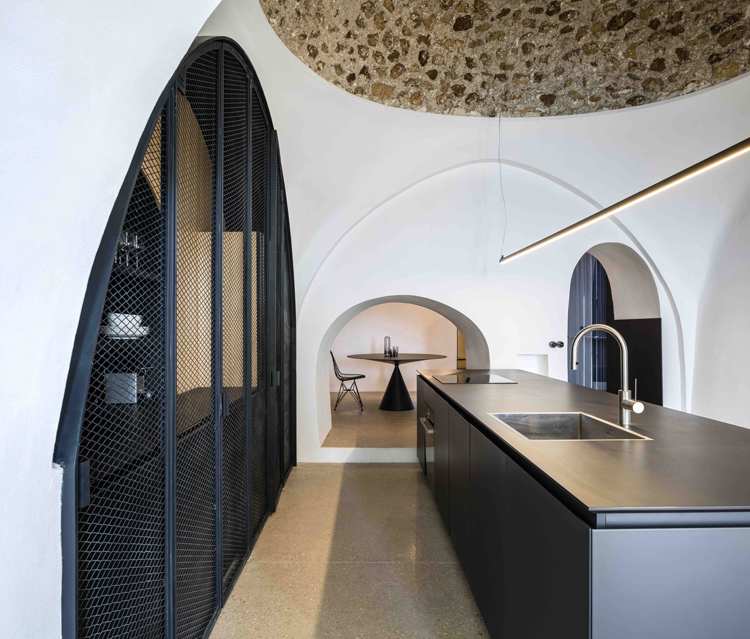 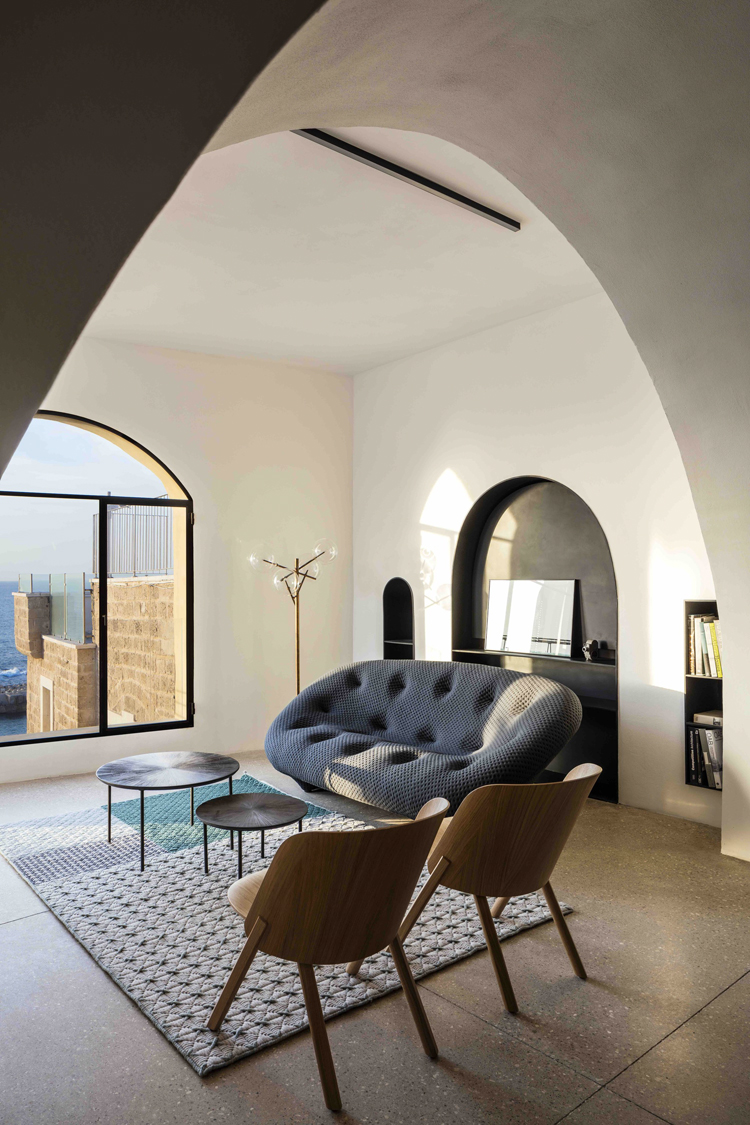