In Zhouzhuang, one of the most famous water townships in China, 1,5 hour away from Shanghai, Dariel Studio has renovated and transformed three old separate Ming Dynasty-style buildings into a heritage 20-room hotel, the Blossom Hill Boutique Hotel.

The historical villa was built in 1930 by Liu Chenggan in order to collect books. Inspired by the story of the villa, Thomas Dariel take the concept of hidden to be the main theme in interior design. 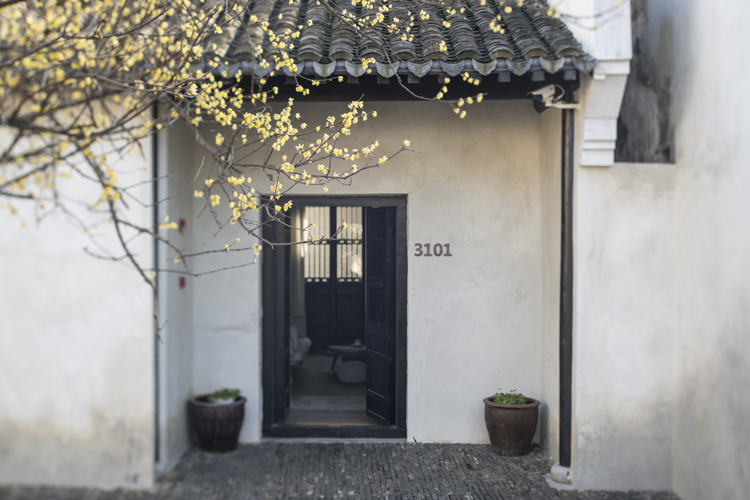 The structure of the space itself has a unique beauty that mixes Shanghai’s streets and alleys with Suzhou’s traditional gardens. Guests will be impressed when they enter. The long paved path reminds us of the Shanghai streets and alleys. The western style building located in the centre of the compound and on the top are engraved four Chinese characters “鹧溪小隐”. 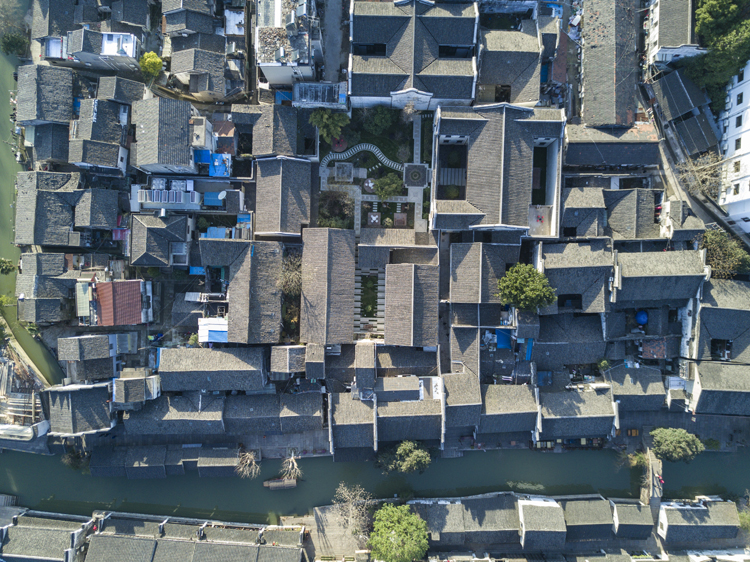 The Golden Toad on the gatehouse was Mr Liu’s silk business logo. One of the most prosperous industries in Nanxun Town is silk, which made Liu Cheng Gan’s family the wealthiest. When designing the space, Dariel Studio skillfully combined elements of silk with the key concept “Hidden” and applied this to the public space design.

The vases and books on the background cabinets and flying table lamps add an element of mystery and jointly amplified the “Hidden” charm. The knitted geometric-shaped silk screens divide the various functional spaces into different areas. Silk is a key element in the restaurant’s decor. The blue and red fiery strips made from raw silk fly across the ceiling creating a fantastic visual scene for the guests. 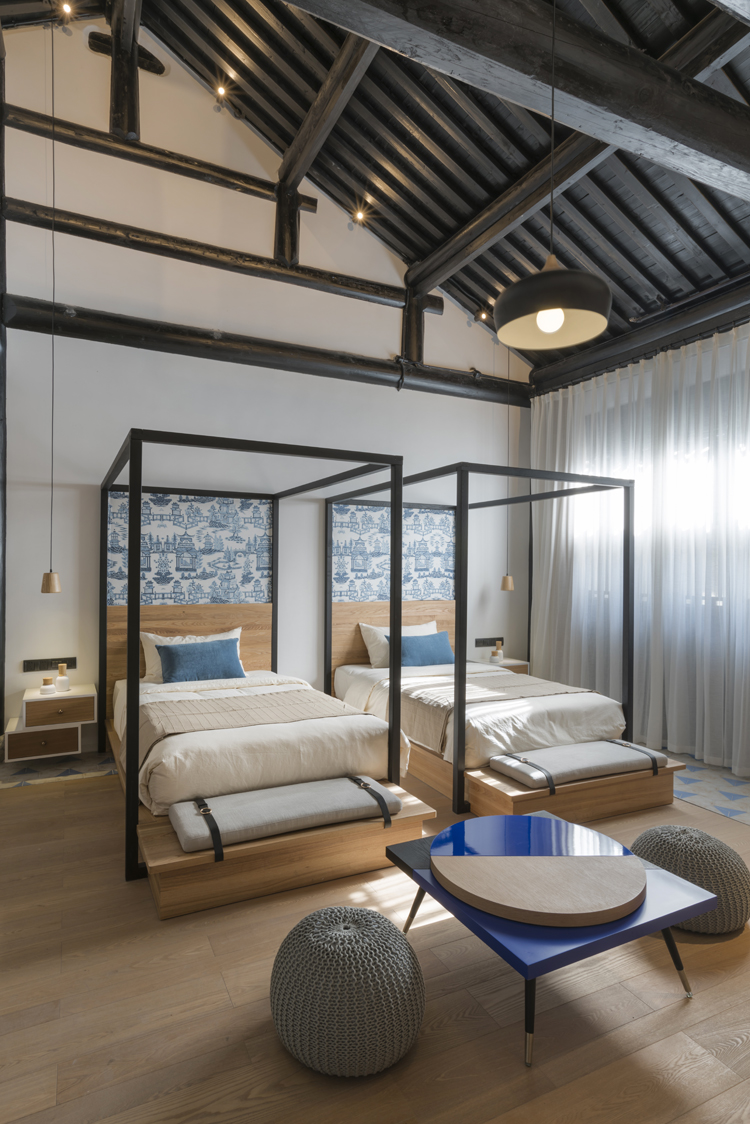 “Fishing, woodcutting, farming and scholar” are four occupations in Chinese agricultural society. It describes ancient Chinese people’s basic lifestyle , whilst at the same time represents a lot of government officials retired life status. Lots of traditional paintings are themed around the values of “Fishing, woodcutting, farming and scholar” and showed how ancient people pursued the frugal yet contented pastoral lifestyle.

Thomas Dariel drew inspiration from this cultural spirit and combined it with the garden features characteristic of South China. The theme of the guest rooms is defined as “Farming, Gardening and Fishing” to correspond with the historic and cultural elements of the town. 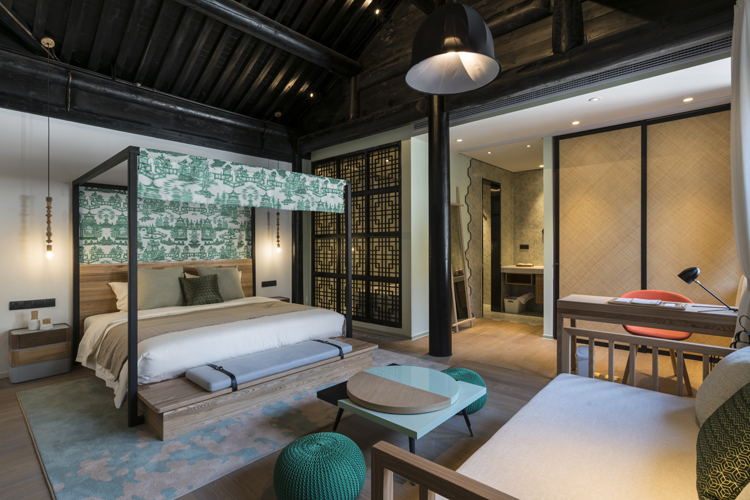 Thomas Dariel chose lively colours to match the three key themes: orange represents Farming land, green pairs with Gardening and ocean blue echoes the experience of Fishing. Designers attach great importance to detailing that relies heavily on the choice of materials and artworks. The orange series of guest rooms are decorated with bamboo weavings and paintings vividly depicting the local figures and life. A blue wall with an ocean wave pattern provides a sensation of being gently embraced by waves of water. 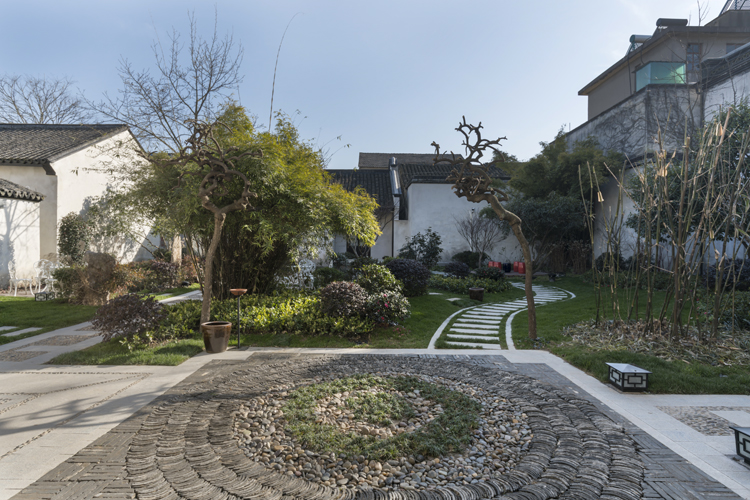 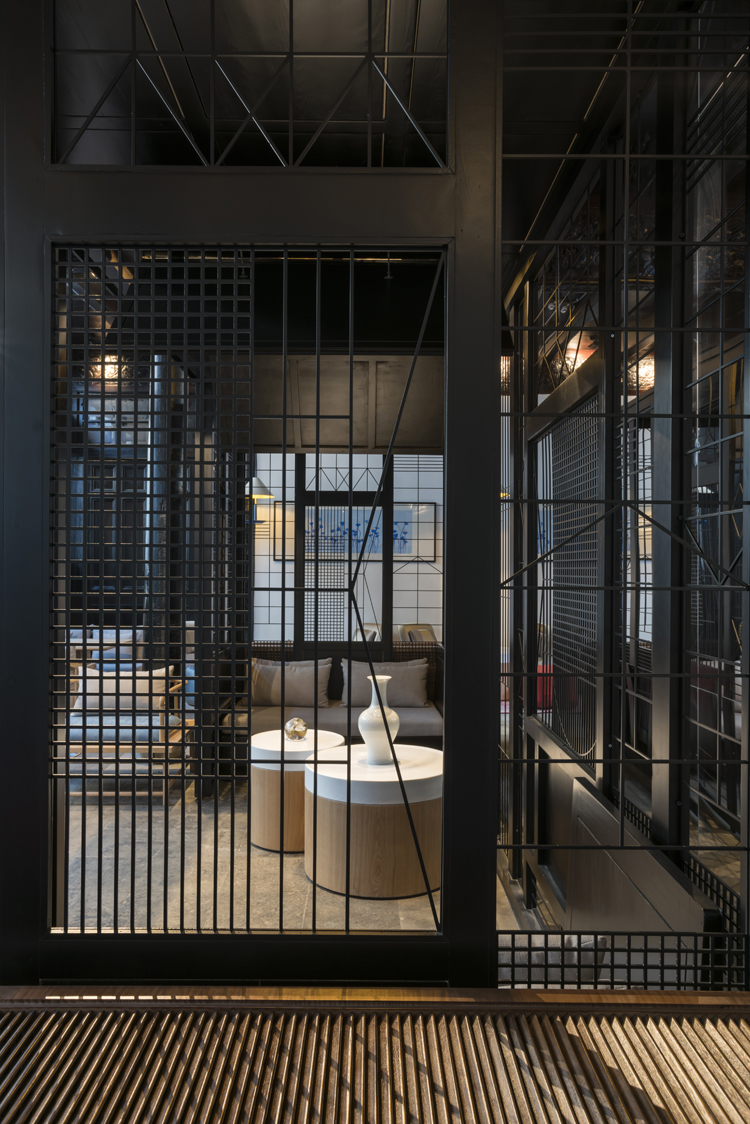 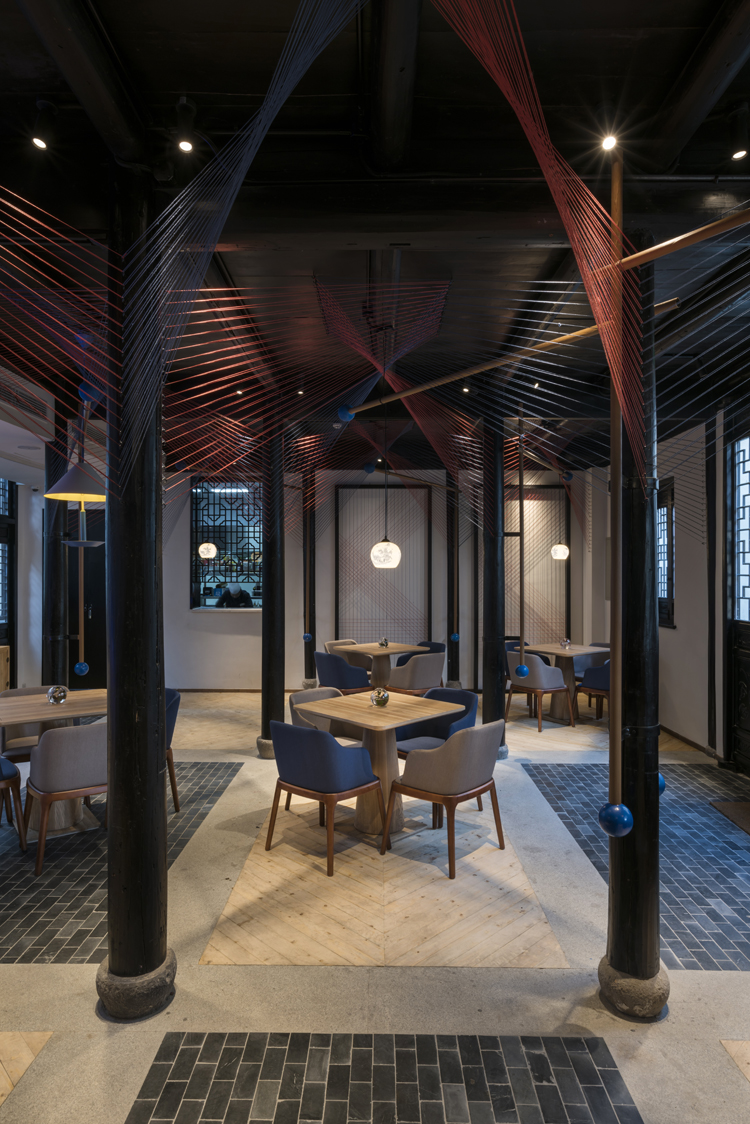 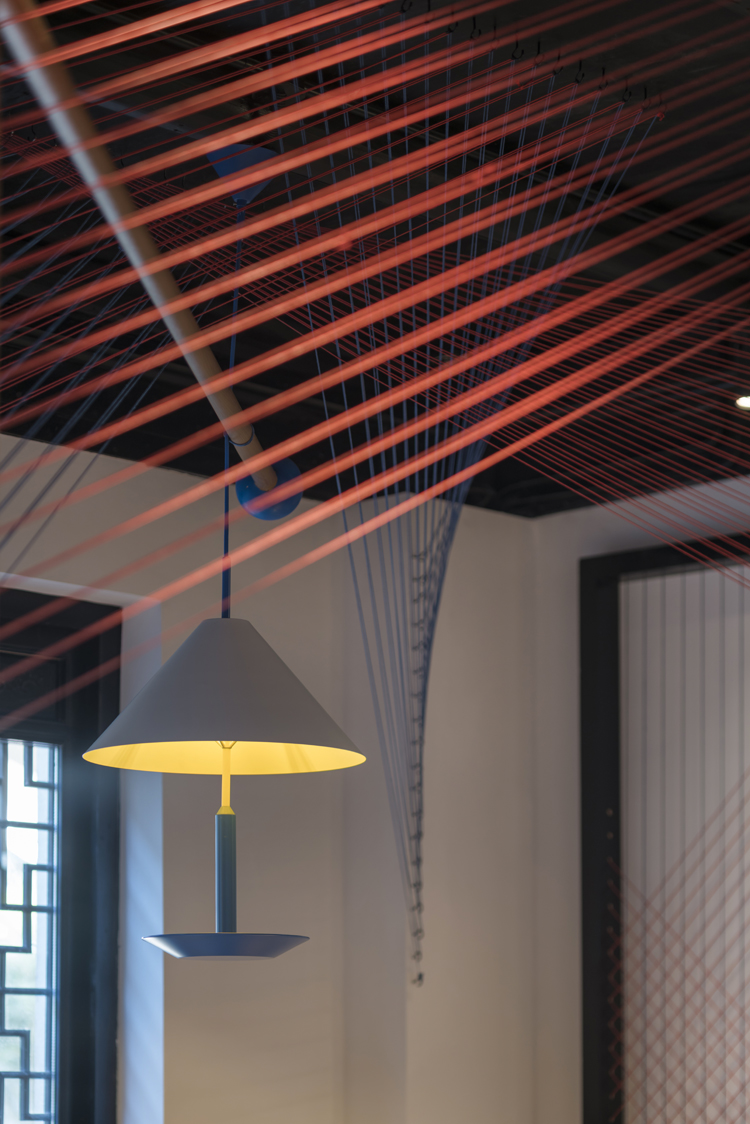 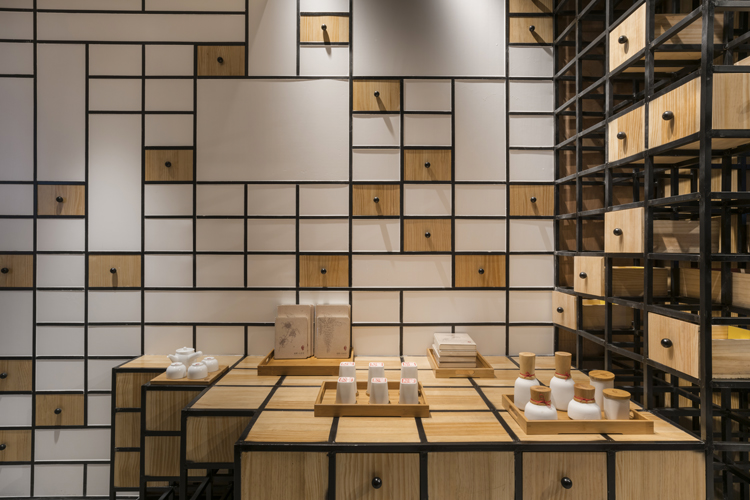 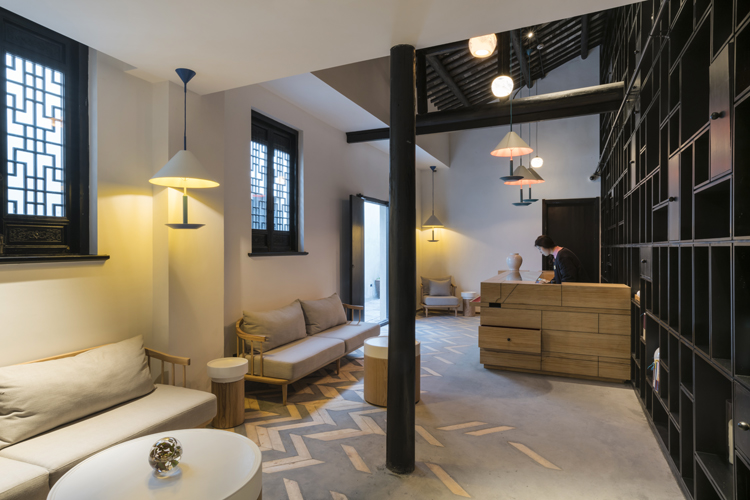 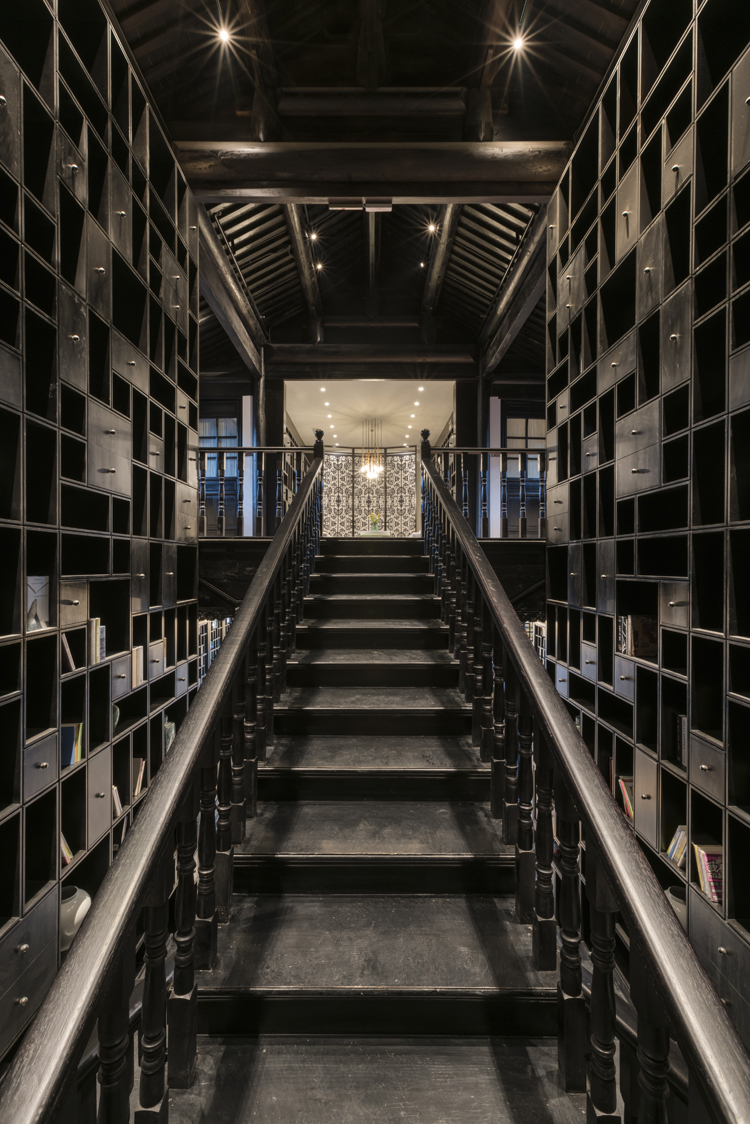 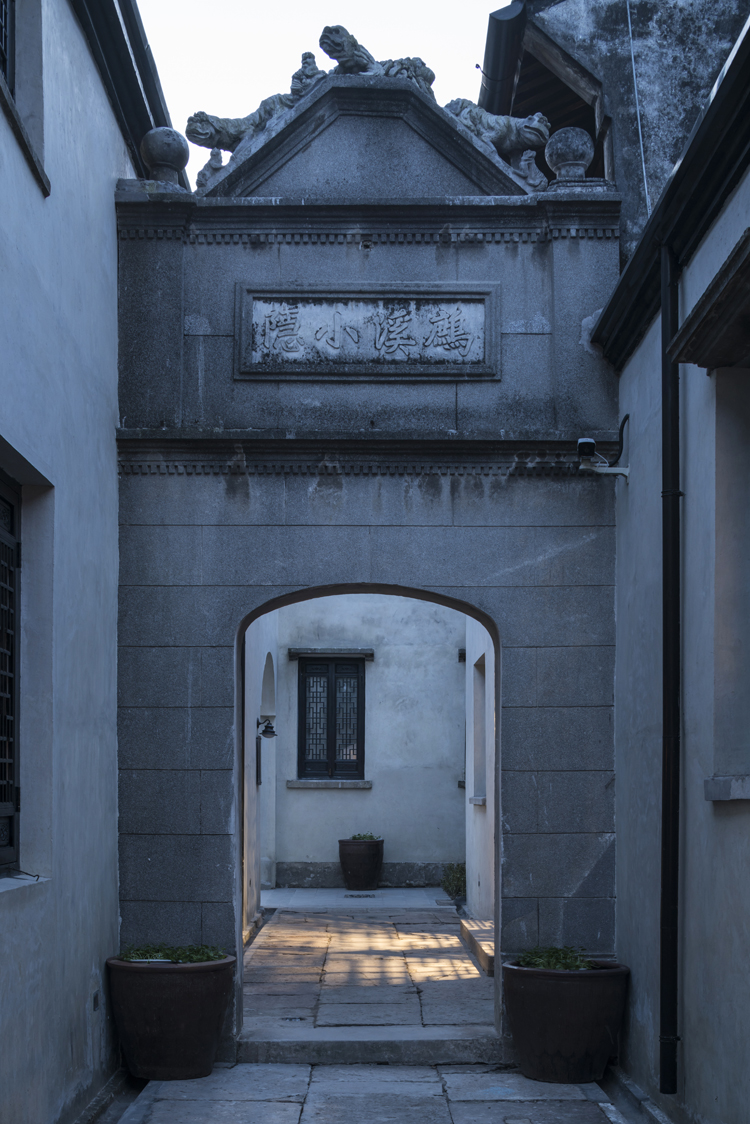 all images courtesy of Dariel Studio