The second Let’s Ride indoor cycling studio just opened on 24 Rue Chauchat, Paris 75009. The space, originally a printing factory and a bank with a relatively low ceiling was difficult to optimise. The original ‘Eiffel Structure’ in the lobby and women’s dressing room had to be kept, so it was stripped and exposed to it’s raw form.

The specially DAS-studio conceived LED lighting circles the structures and evenly enlightens and warms the space. 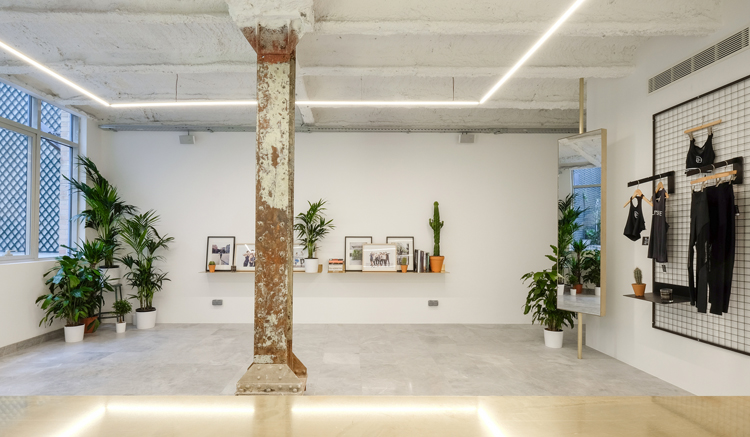 The whole project is articulated around the cycling studio that occupies a central position. Metal cladding covers the studio wall to illustrate the immersive fitness experience in the room, and emphasise the soundproofing required for the indoor cycling sessions.

As usual in DAS-studio projects, a small number of carefully chosen materials are used for the design. The brass pivoting mirrors in the dressing rooms are a revisited version of the traditional french ‘coiffeuse’, with incorporated hairdryers. The same brass is used for the lights that are custom made to fit the space and within shelfs and counter top of the lobby. 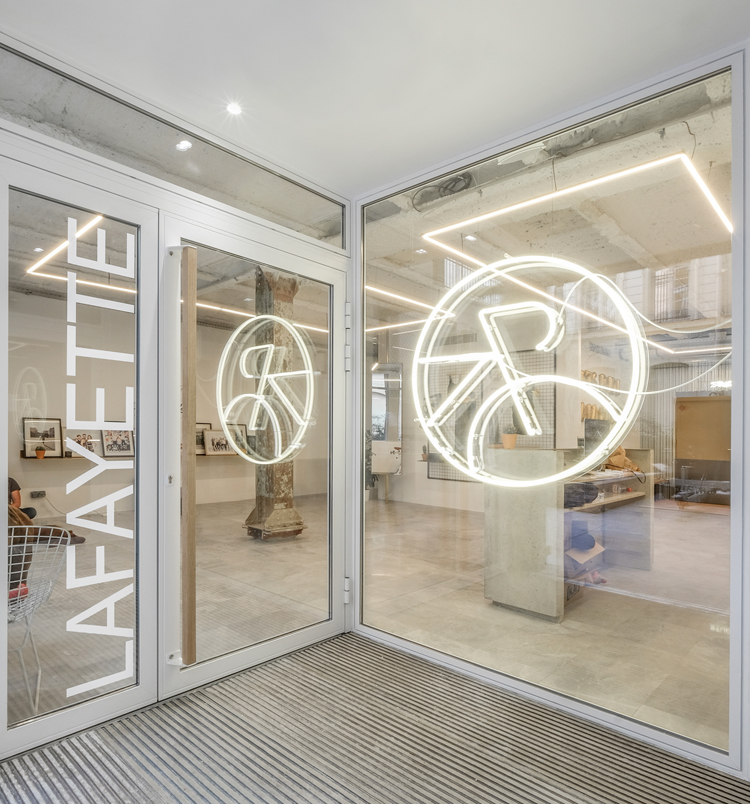 Concrete for which DAS-studio has a particular affection, was used to cast the front desk. A special casting technique was applied to incorporate the company logo. French OAK, traditionally used to make Armagnac barrels was crafted to design the simple benches throughout the studio.

The challenge was to have a similar atmosphere than the first Let’s Ride, but to avoid standardisation and make the most of site specific features which is an important part of DAS-studio’s creative approach. 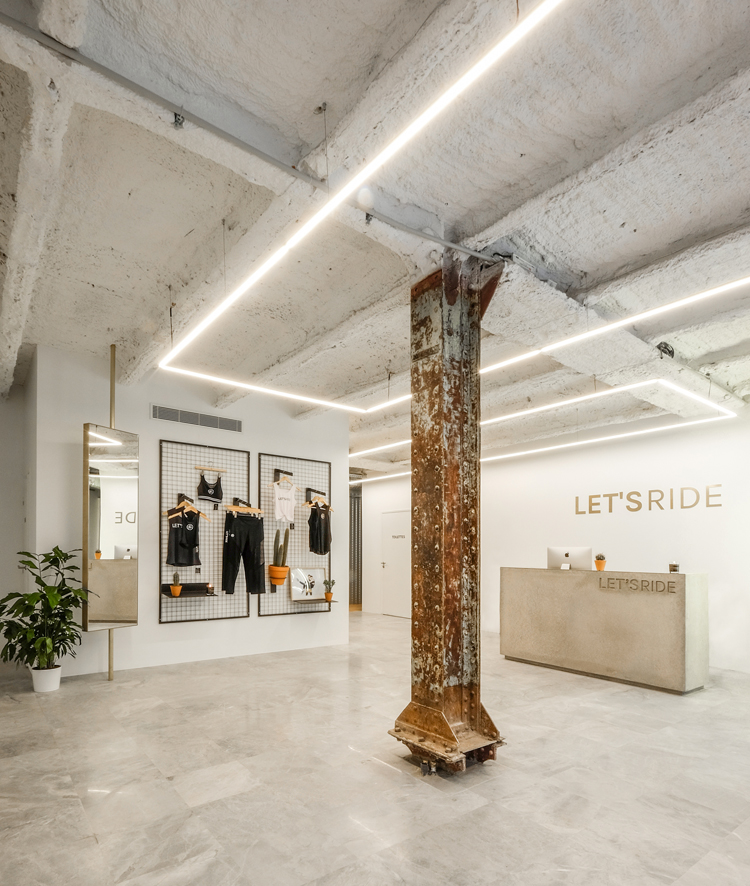 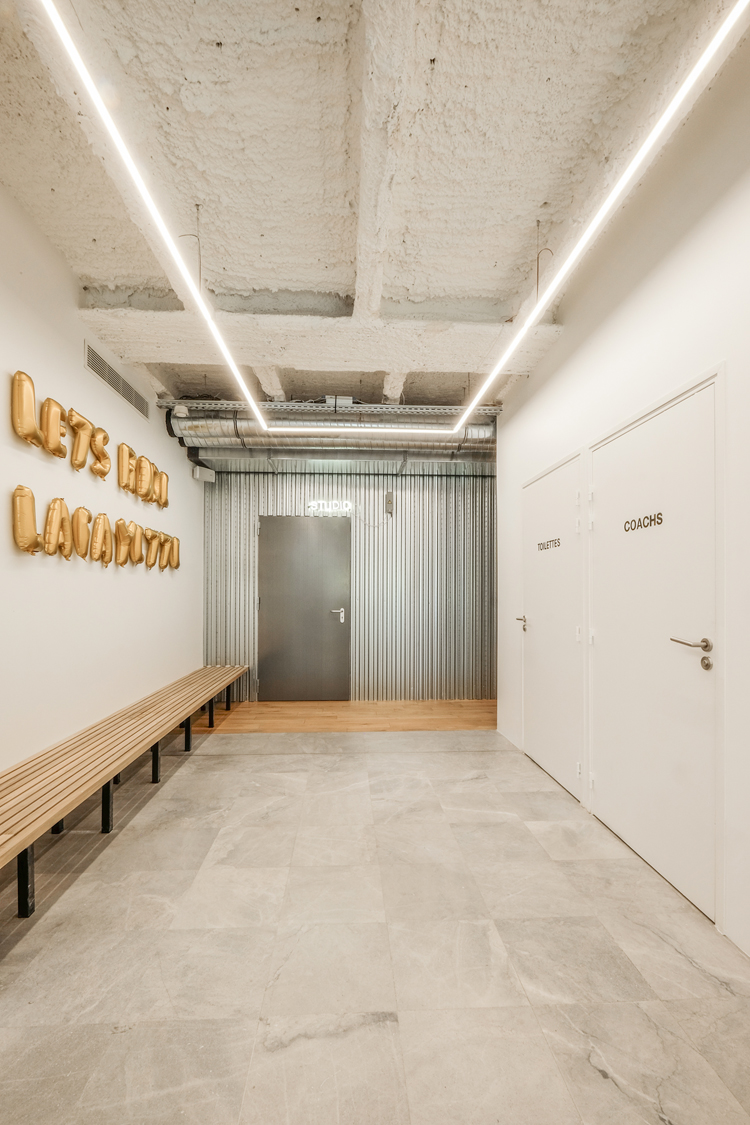 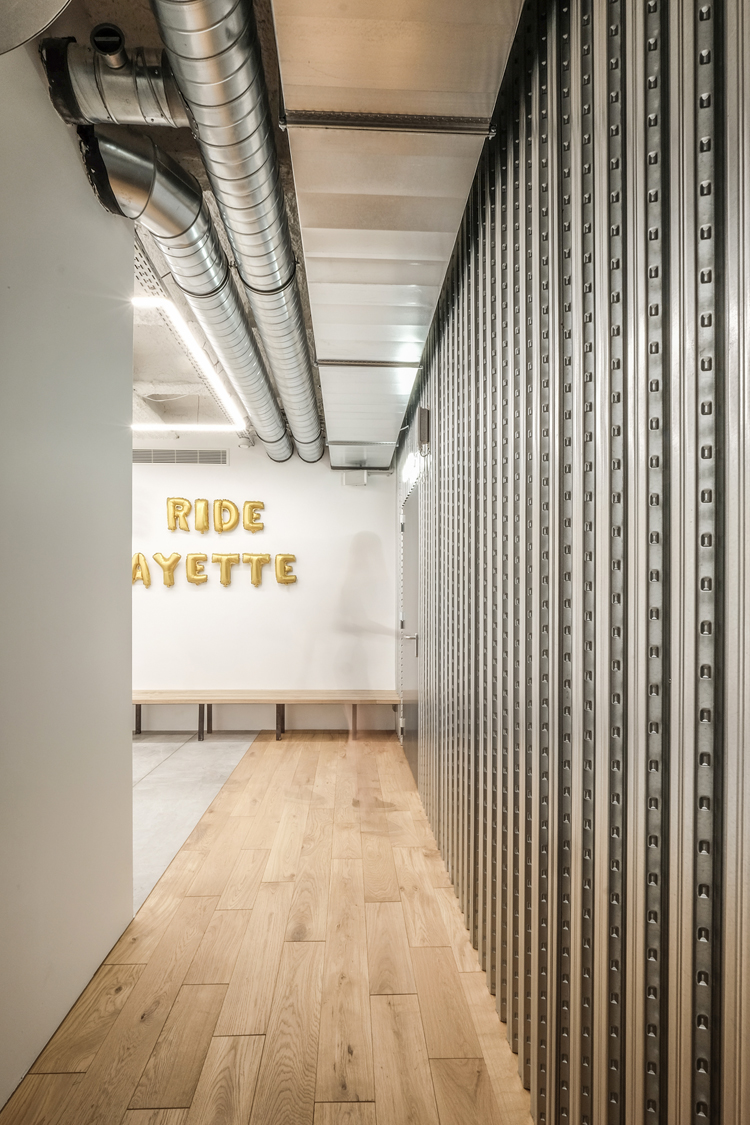 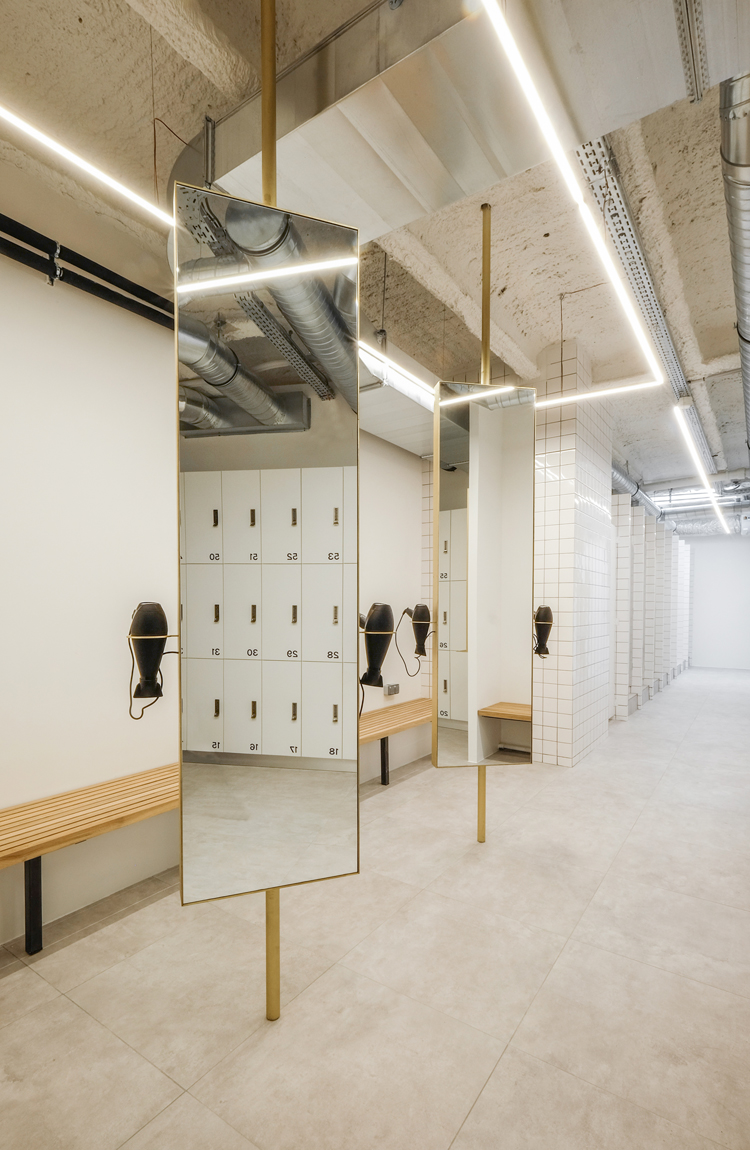 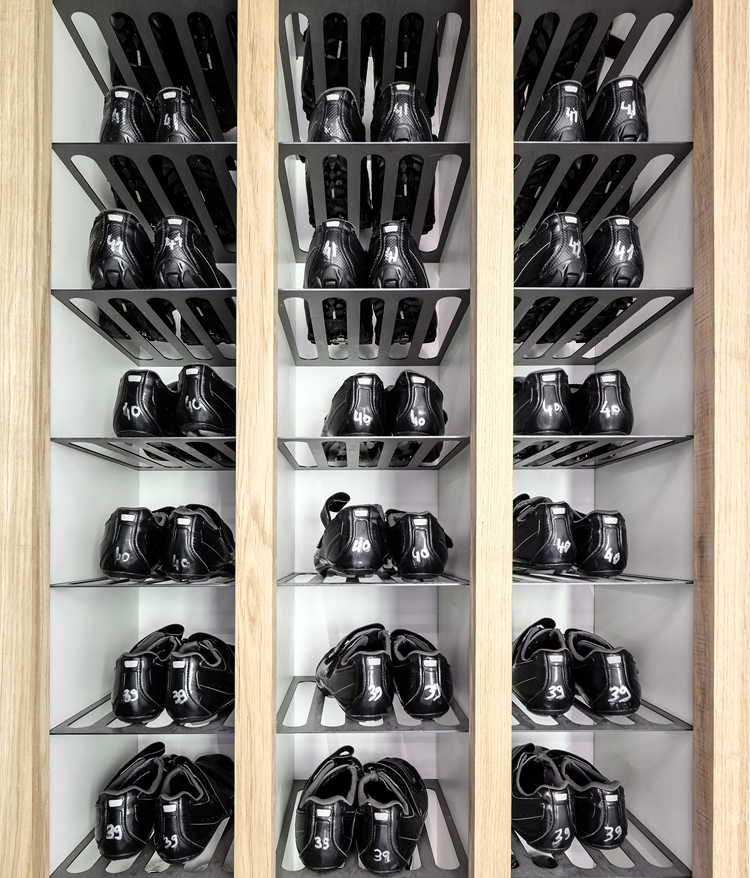 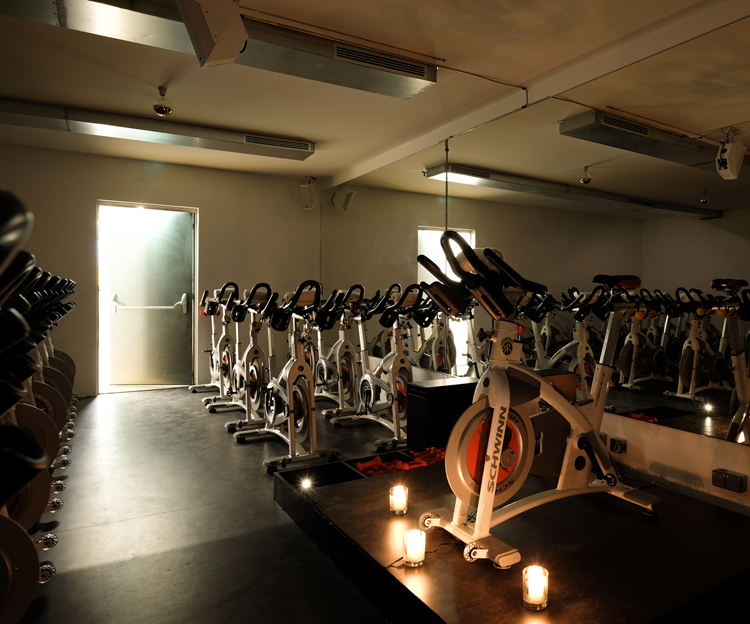 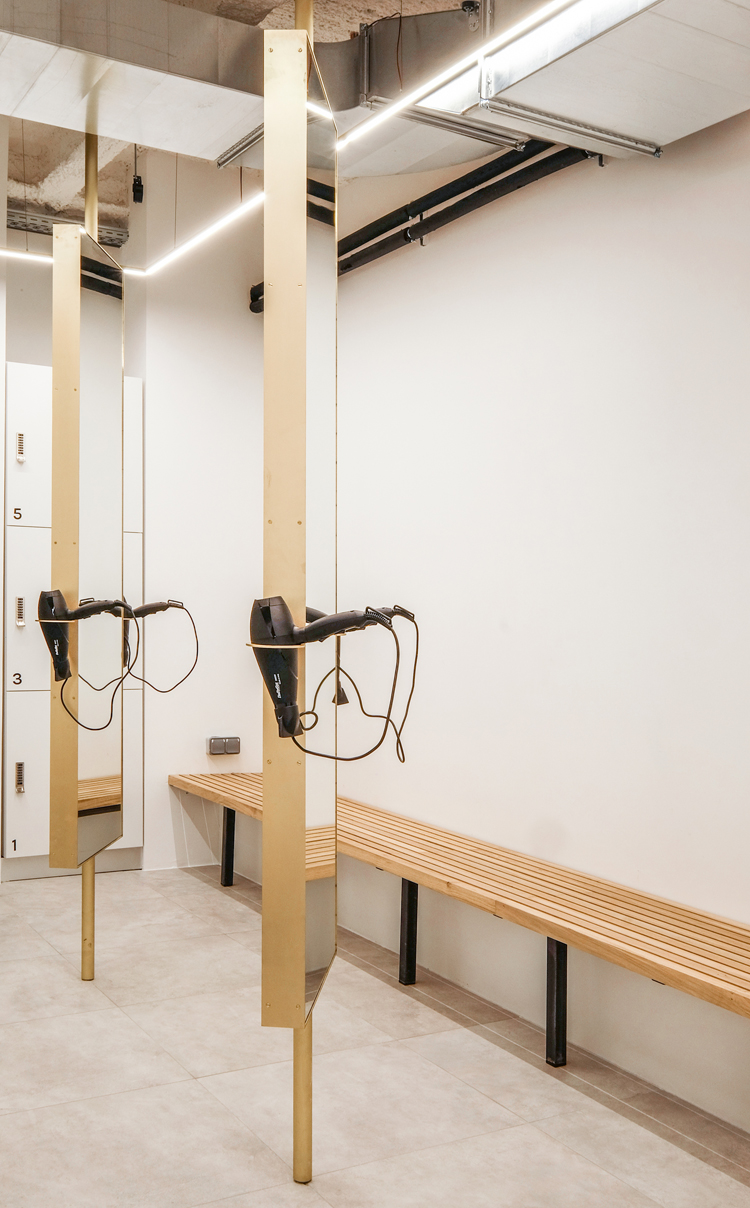 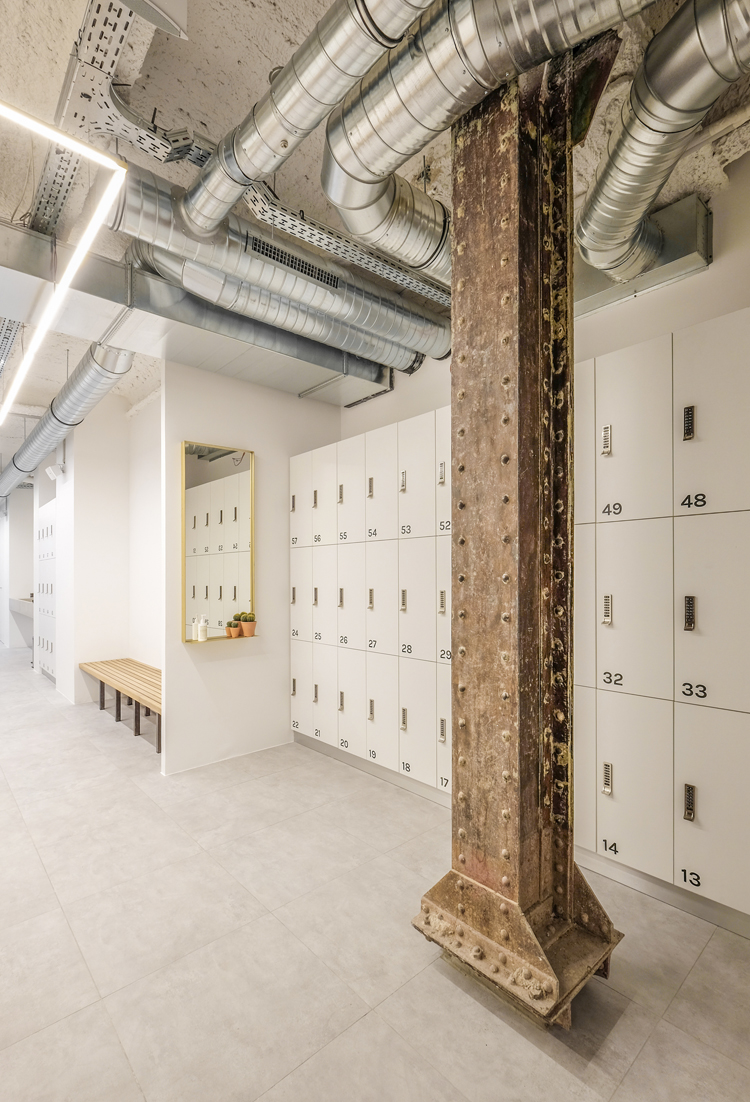 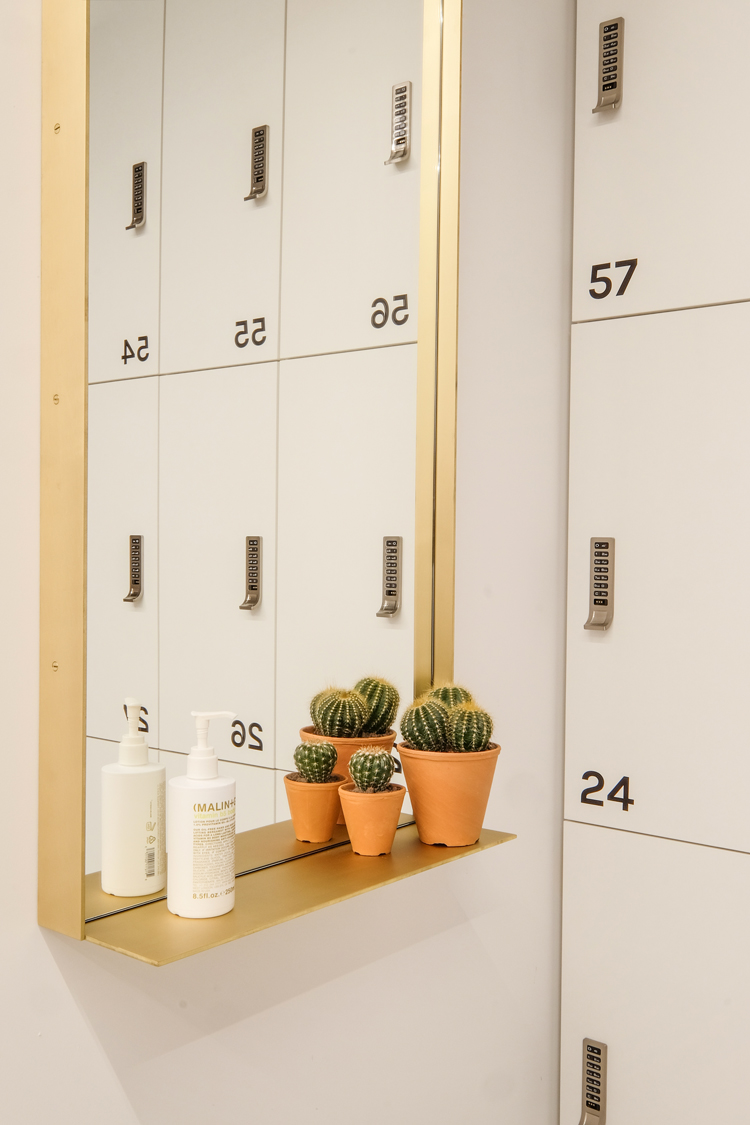 all images courtesy of DAS-studio