Built originally for a single family, and abandoned for decades, this old house in Porto has been transformed by local firm Fala Atelier into five small apartments with deep blue doors and furniture, and post-Postmodern details.

The perimeter of thick granite walls was preserved and the interior structure was completely refurbished, recurring only to light wood elements. The fragmented arrangement of small inner rooms was replaced with a sequence of almost identically dimensioned apartments. 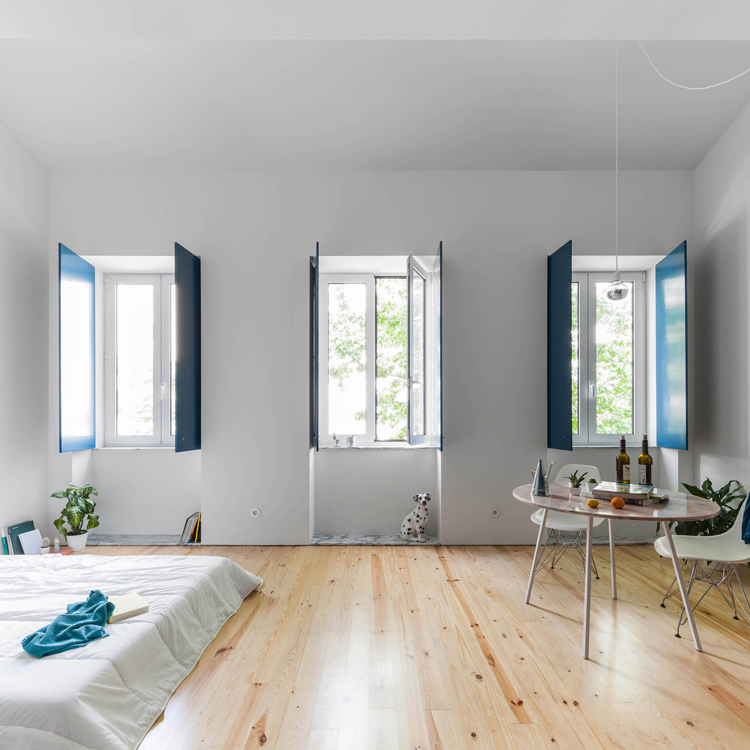 In every unit, a modular wall of openable plywood panels was painted in a deep blue tone, concealing different functions: kitchens, bathrooms, cabinetry. Only upon a second look it is understandable the distinction between the five units: the consistent system and visual relation between the several apartments finds its contradiction in the necessary adaptation of its rhetorical rigidity to the geometry of the staircase, the existing windows, the form of the roof. 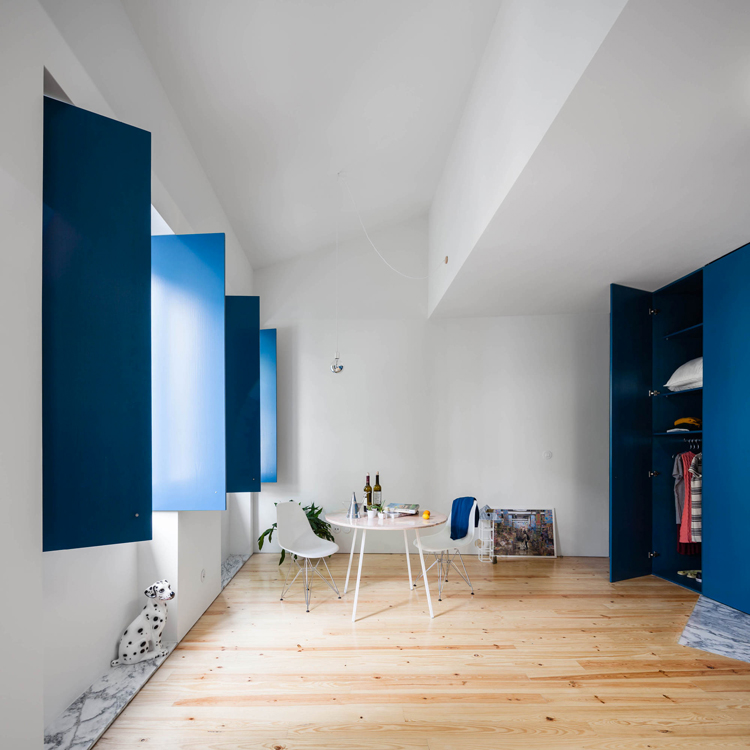 In each studio, a piece of natural stone with a different form unbalances the apparently symmetrical inner elevations. The street facade acts as a theatrical device with its unorthodox use of the traditional local tiles. Two double-doors with different colours suggest distinct hierarchies. 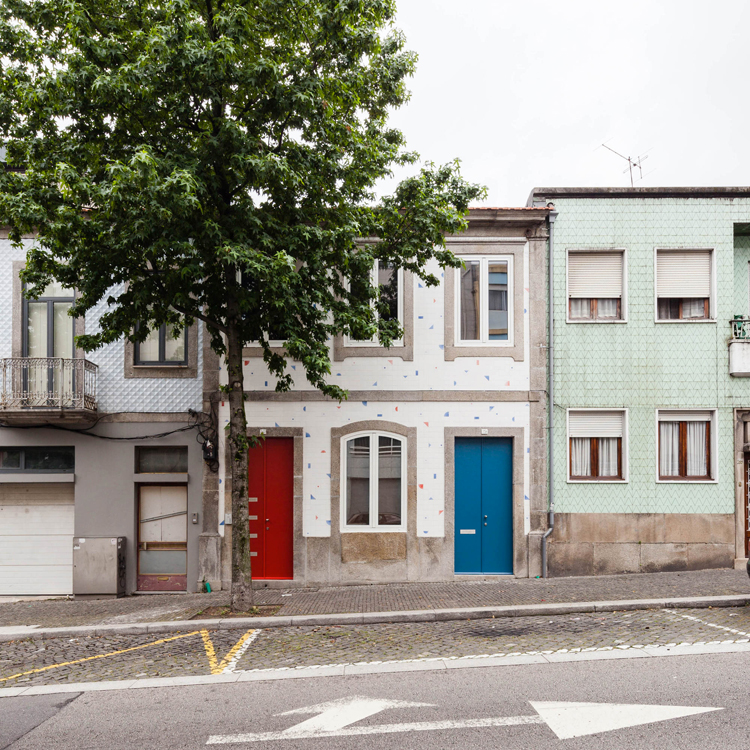 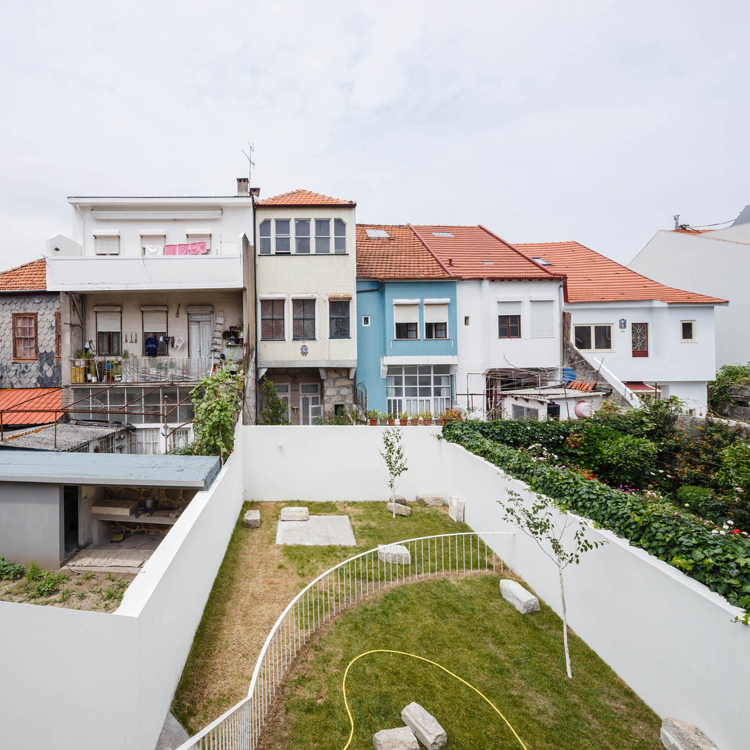