Balboa im Viadukt is the second fitness club designed by practice helsinkizurich for the urban fitness start-up ‘Balboa’. Earlier in 2016 helzinskizurich designed their first location – ‘Balboa Bar & Gym‘ – also in Zurich. The new gym is located in a former industrial district in Zurich-West below and between the massive stone arches of a still functioning, railway bridge built in 1894. 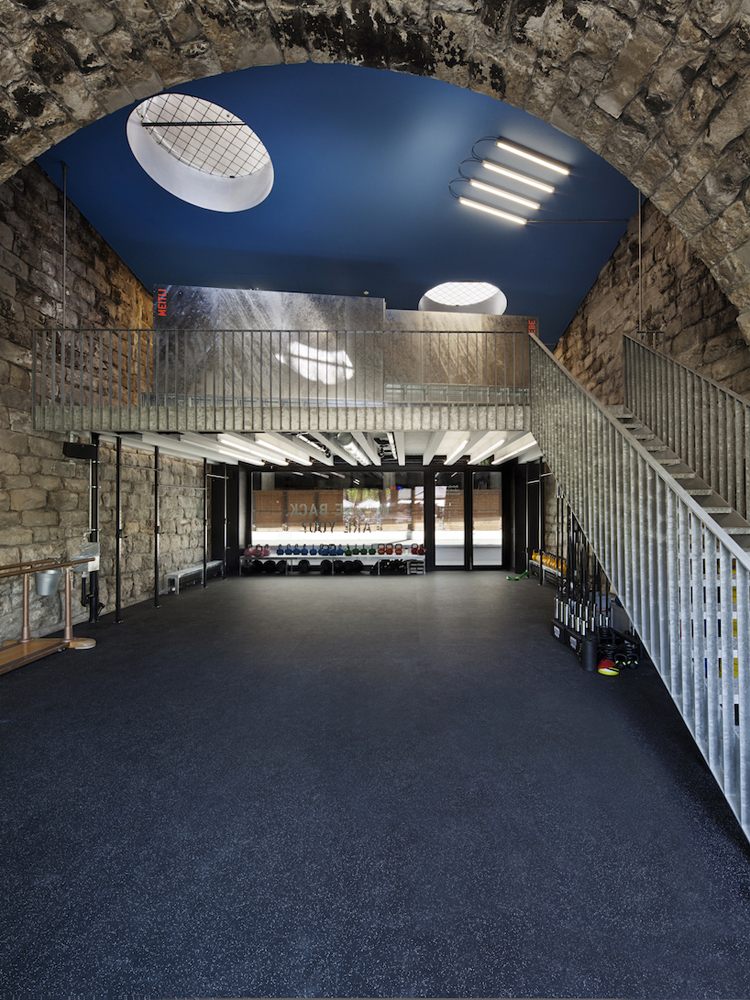 Just like Balboa itself the design of Balboa im Viadukt is based on urbanity, functionality and authenticity. The goal was to make the gym an urban experience not only in terms of look-and-feel, but also by connecting it with its surroundings. The surroundings, people inside and outside and interactions between them are in the center of the concept. 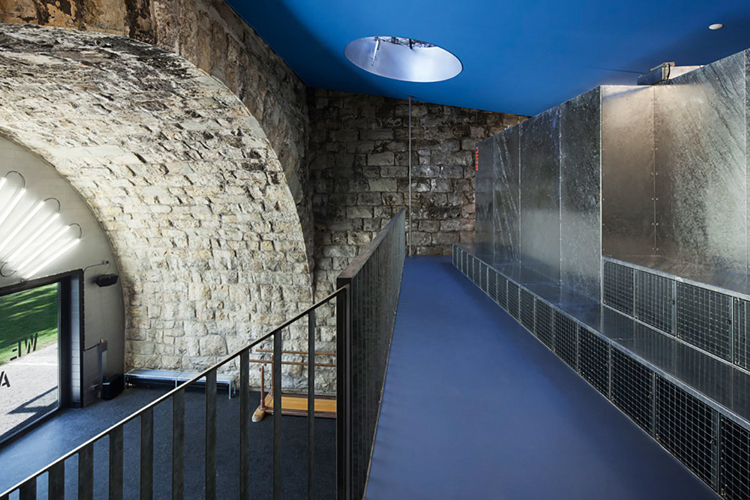 Below the heavy stone arches the training area in the ground floor opens up on one side towards a public park and on the other onto a street and the facing waste treatment plant. The necessary infrastructure – waiting area, lockers and wardrobes – is located on a raised platform, which opens up towards the ground floor and the park. The wardrobes are compactly arranged in order to leave space in front where the lockers offer a place to sit, chill and watch others sweat downstairs. 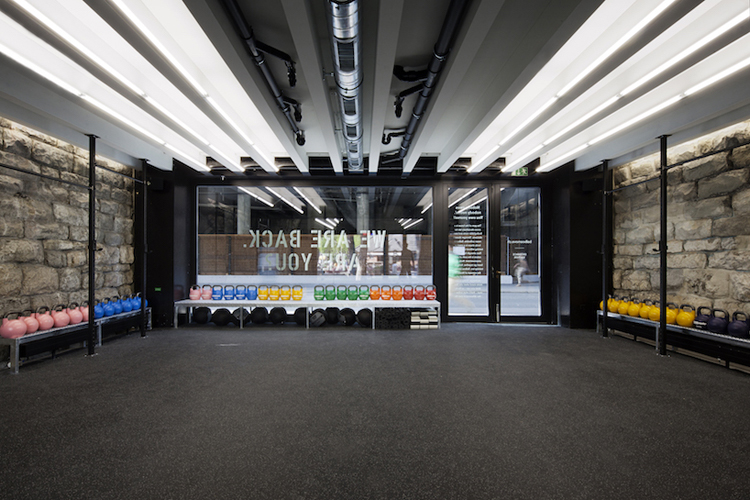 At Balboa im Viadukt functionality reflects as scarcity – everything is there for a reason. Authenticity is seen in the materials – they are what they are. Anything unnecessary was shaved off, the material palette was reduced almost to a single material and the detailing was kept simple. 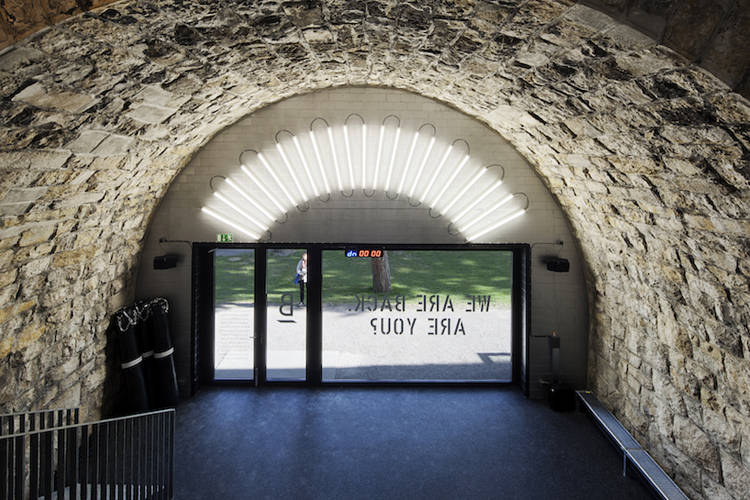 The massive (protected) stone walls and arches of the railway bridge were left untouched. This “rocky” backdrop was contrasted with another hard material: shiny galvanized steel is the dominant material upstairs – the sole material used for all wall panes and fixtures. The shock blue ceiling with graphically arranged lighting fixtures add to the urban atmosphere. A few splashes of signal red in graphics finishes the picture. 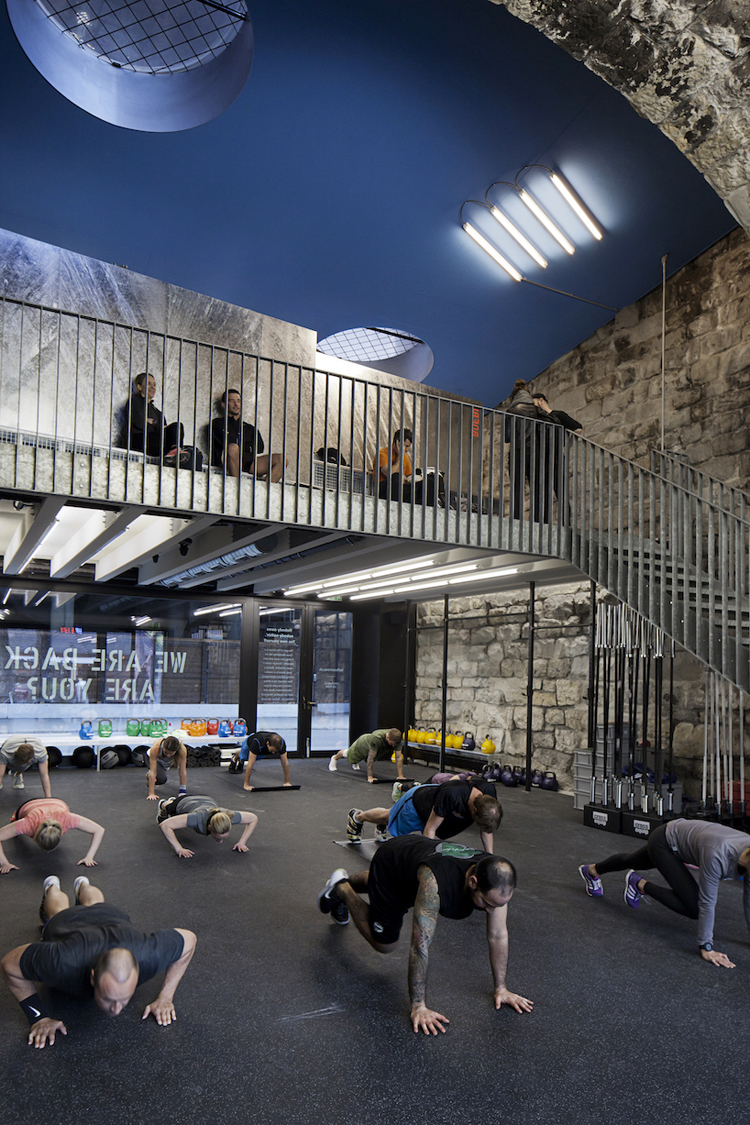 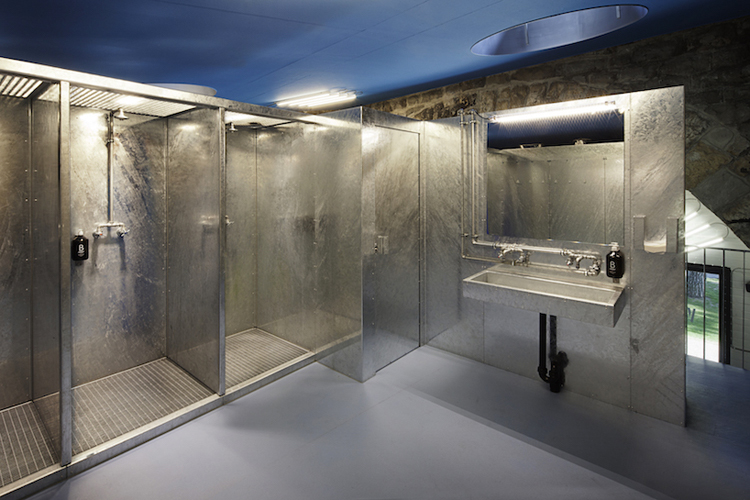 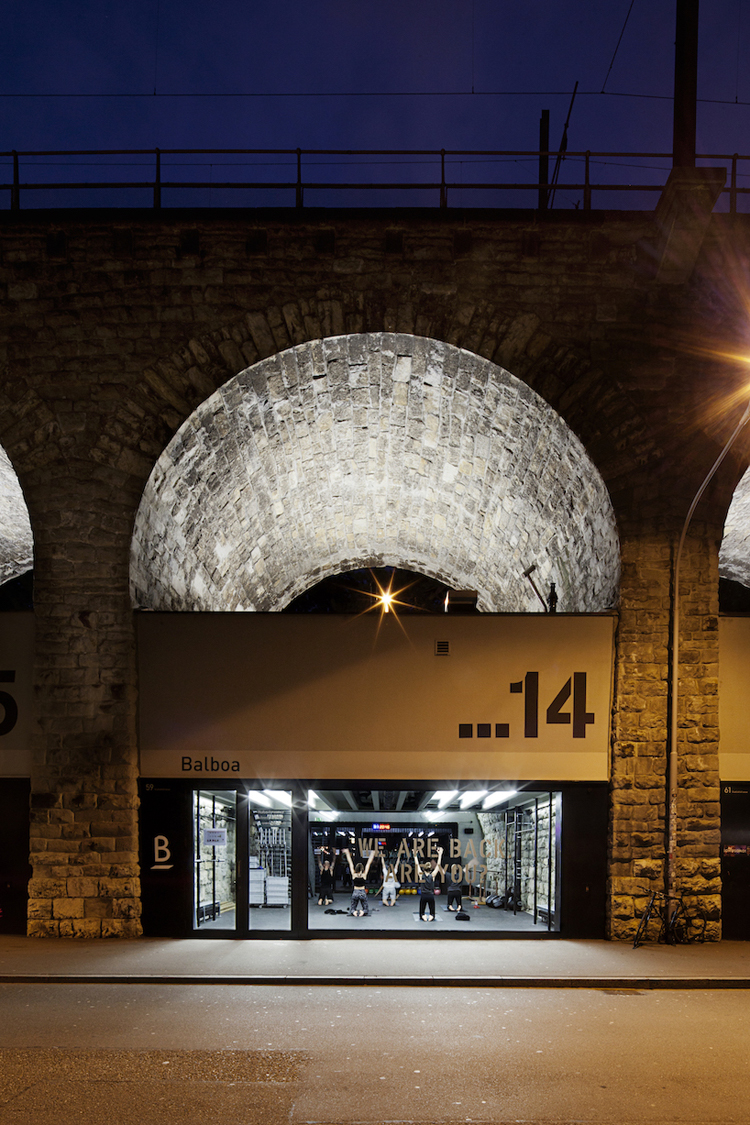 all images courtesy of helsinkizurich