Auckland-based architect Chris Tate has designed The Tent House an unusual space for retreat in the New Zealand’s rainforest. Shortlisted for a prize in Berlin’s World Architecture Festival 2017, The Tent House was an experimental project designed to challenge the expectations of what a weekend house may be. It is not tiny but it is compact and very liveable. When not in use it is rented out for short term accommodation and photo shoots.

The house comprises of 70m2 of floor space including the mezzanine sleeping area, there is compromised floor space due to the compounding angles running to the point. There is one bedroom, one bathroom, a fully functioning kitchen with the rest of the space being open plan or some what of a gallery for the living.

The front deck has been designed to ‘fan out’ giving the illusion of a ‘shadow’ cast by the structure. The house is set in a New Zealand native rainforest setting where hundreds of native plants have been planted to recreate a natural native forest landscape, in doing so many of the native birds have returned. 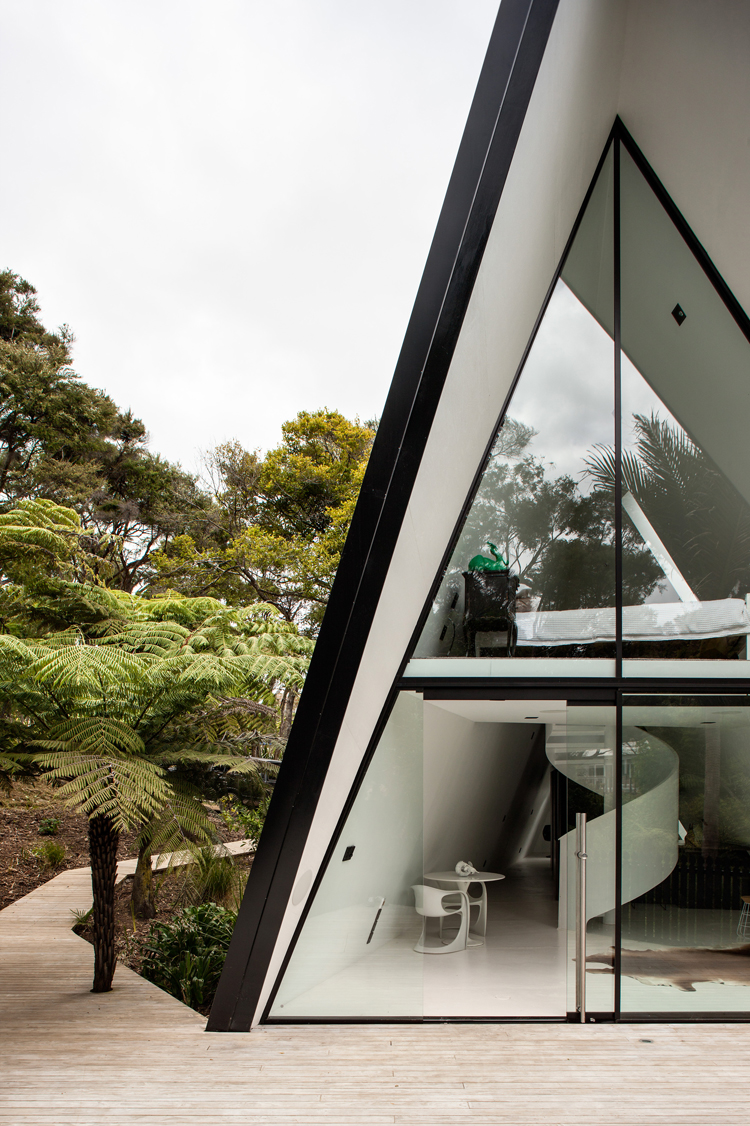 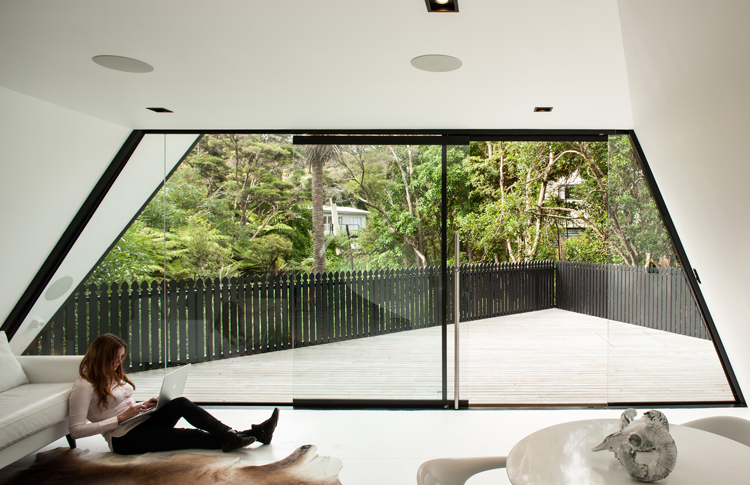 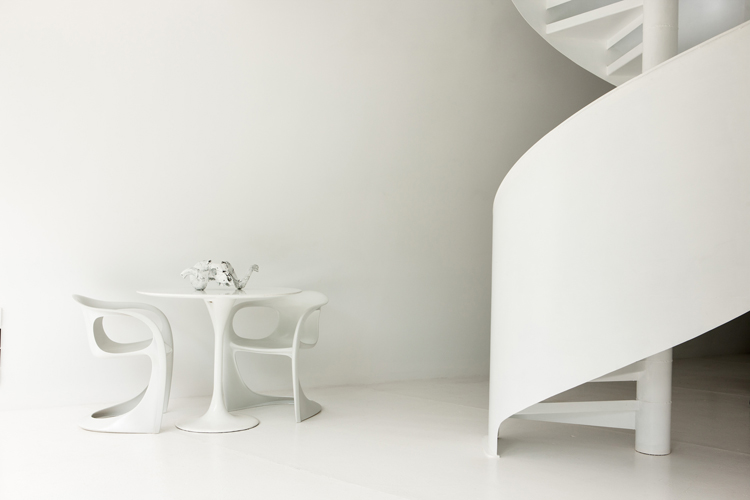 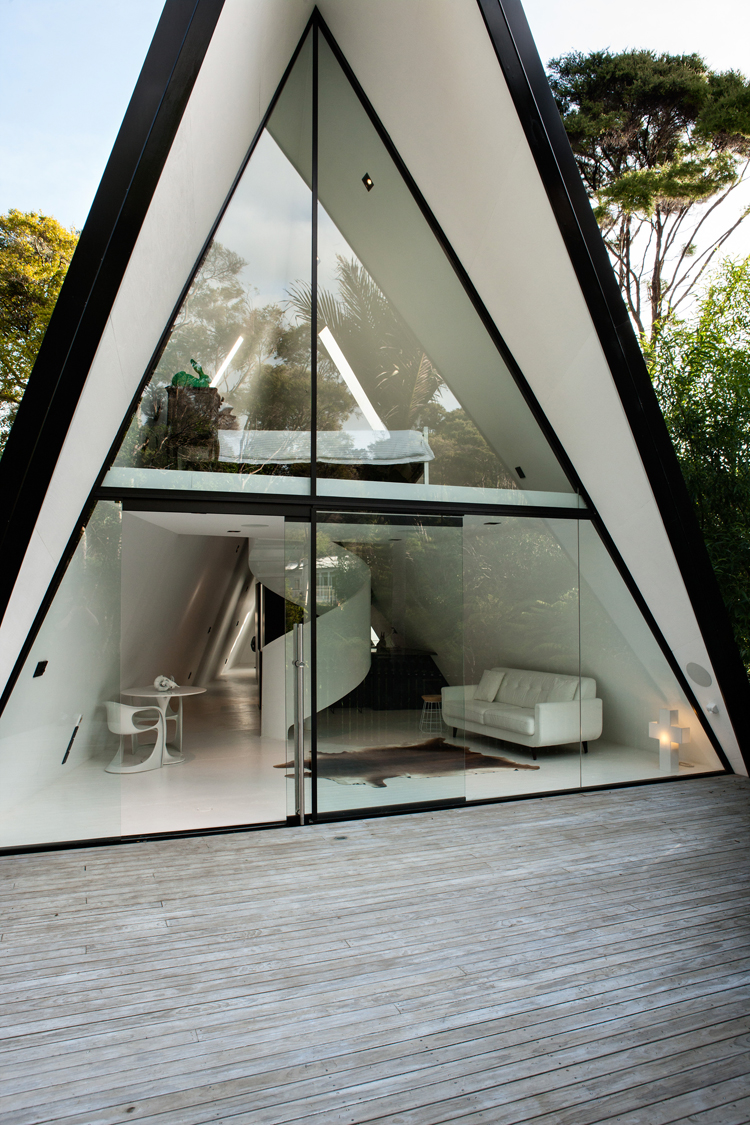 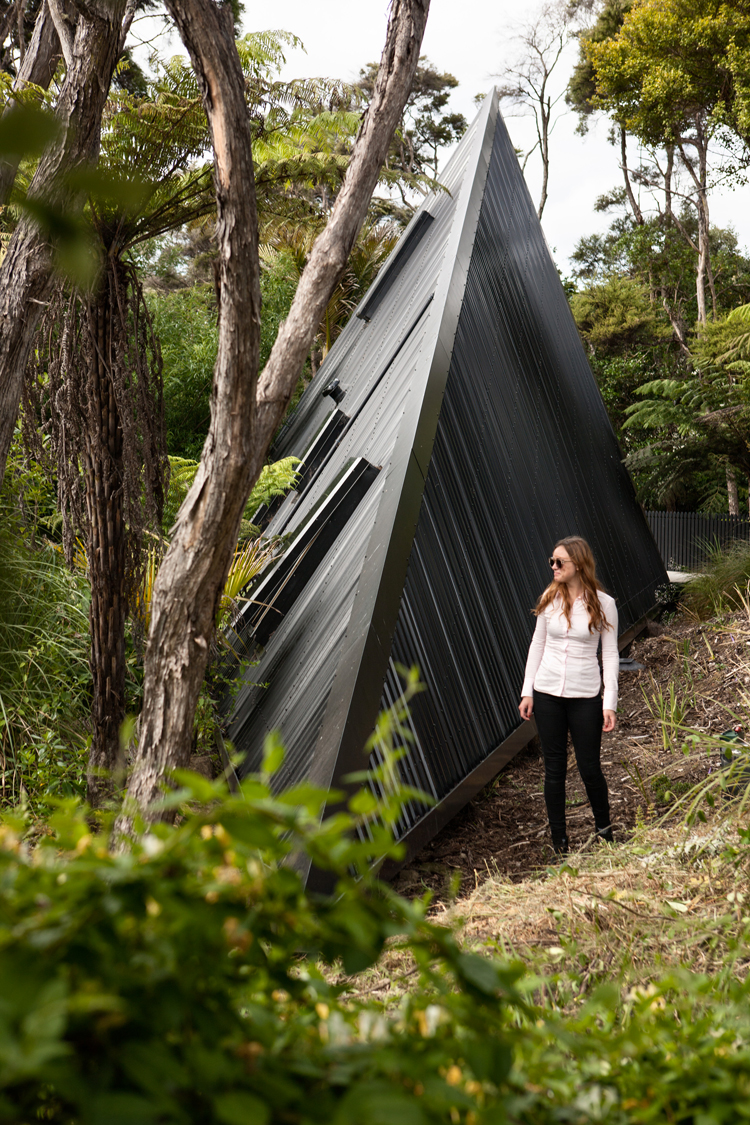 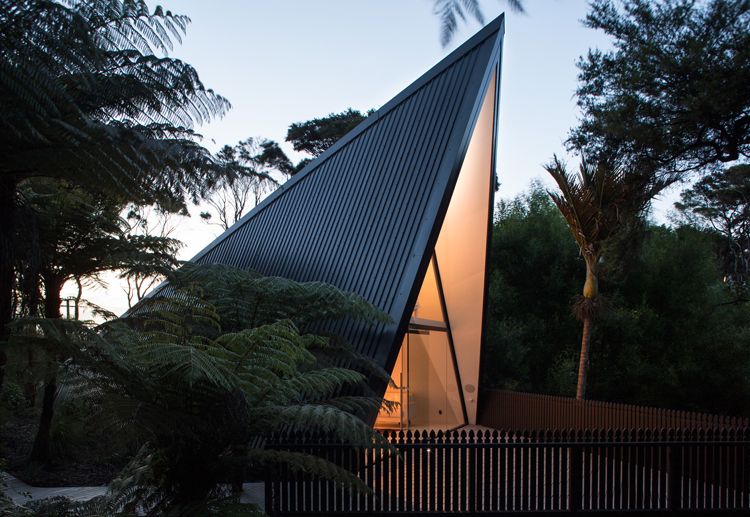 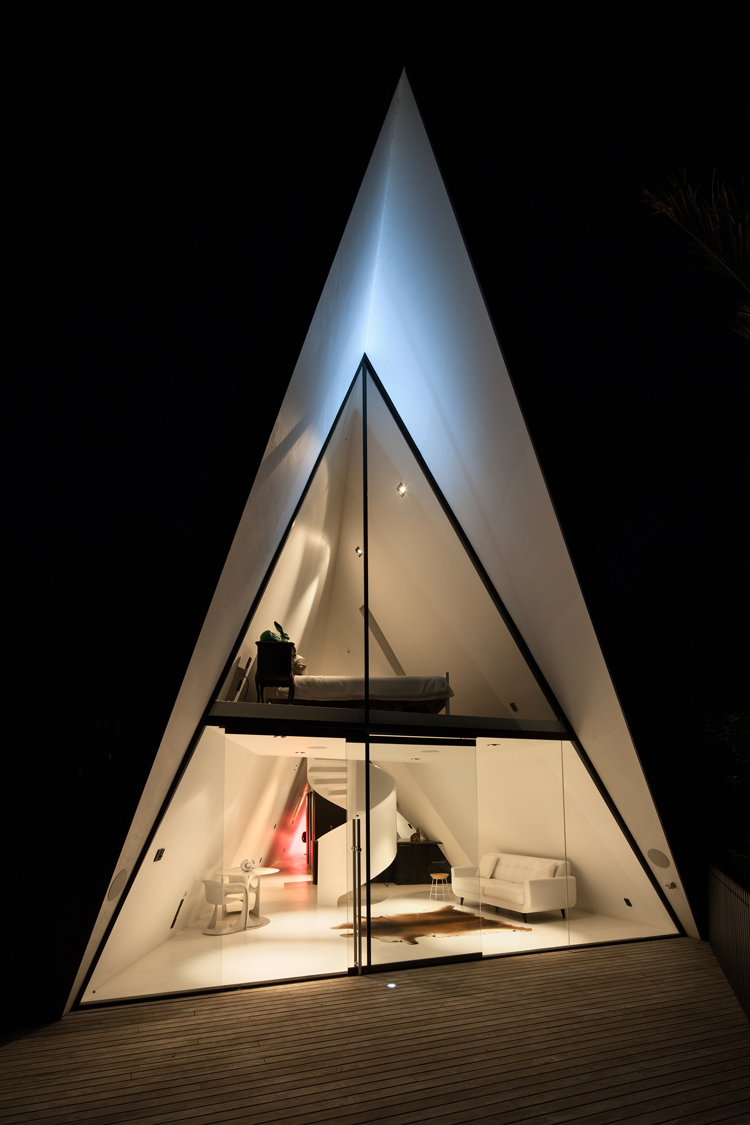