Due to the long working hours, the designer of this project, founder of T.M Design Studio, wanted to combine his work and his home life together so that he was able to spend more time with his family. By combining the two functions, the designer is able to seamlessly switch between his working life and spending time his family. A lot of thought went into the design of this building to ensure that the functions were suited to both the studio and home. 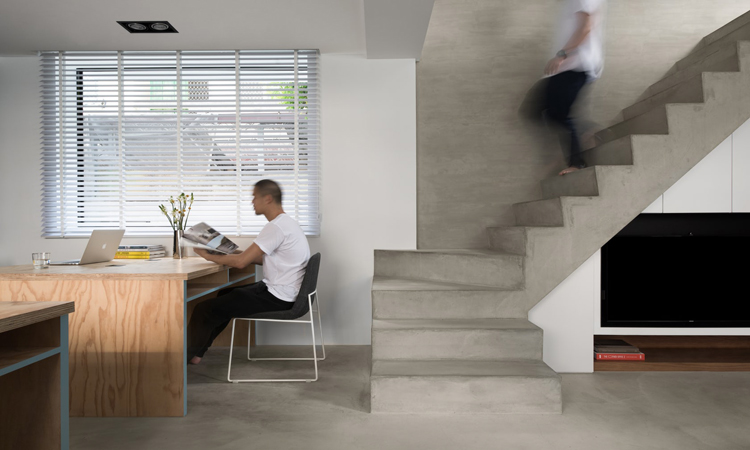 The name of this project is Dual Concepts due to the fact that there are always two concepts and styles to be combined. The designer wanted to create a modern interior style that included the functions which meet his needs for now but also wanted to keep the beautiful history and aged feel of the building. In addition, the space was designed for the purpose of being the owner’s studio and home. Doing interior design for himself is not only his work but also an important part of his life. 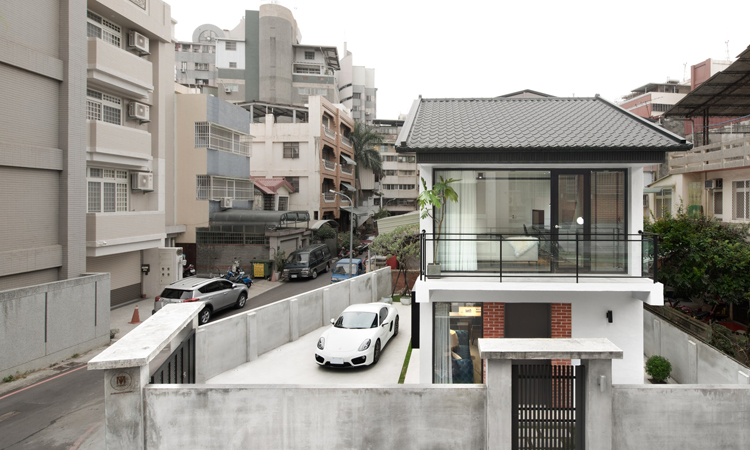 As the building is located on a corner, there is plenty of natural light. In order to bring as much of the light into the space, the designer expanded the original windows, which also makes the building look more modern. Due to the height of the rooms, the ceiling was not covered up and therefore the beams are still visible, but they blend in seamlessly and are in keeping with the style of the room. 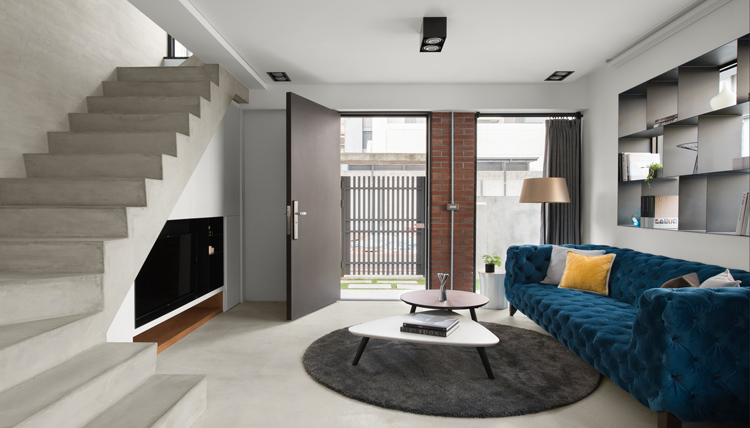 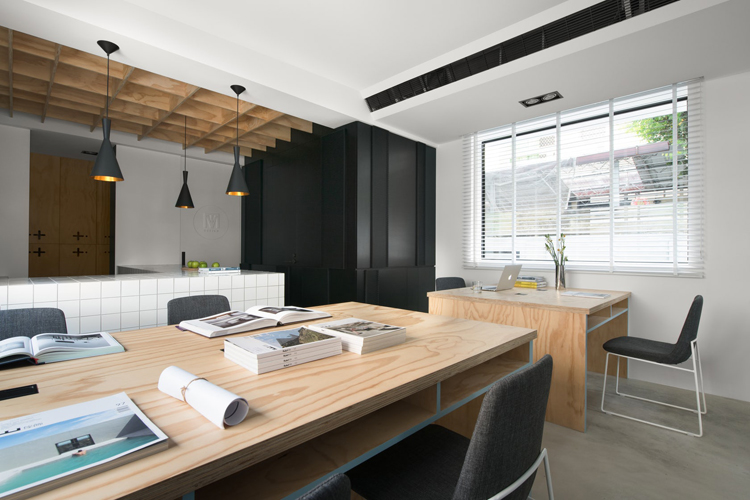 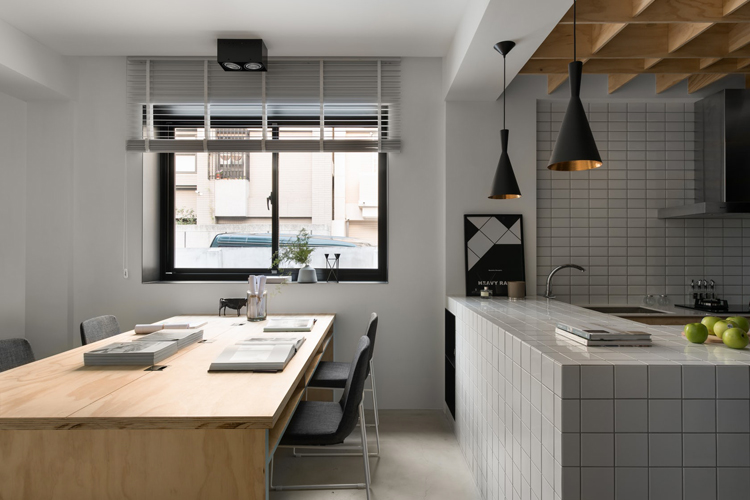 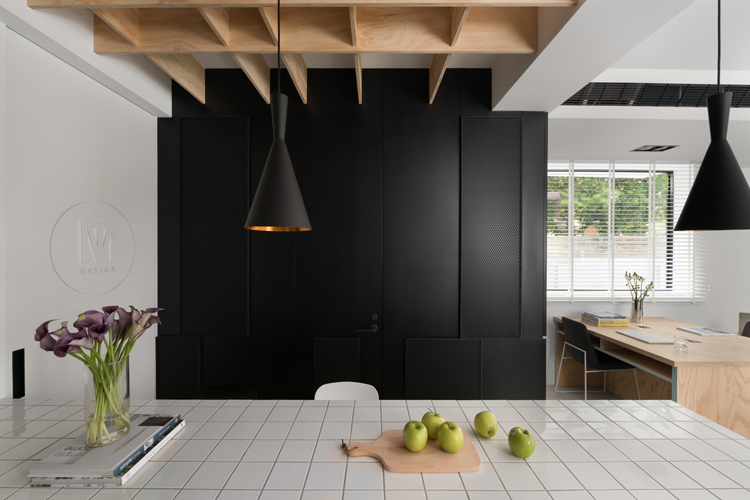 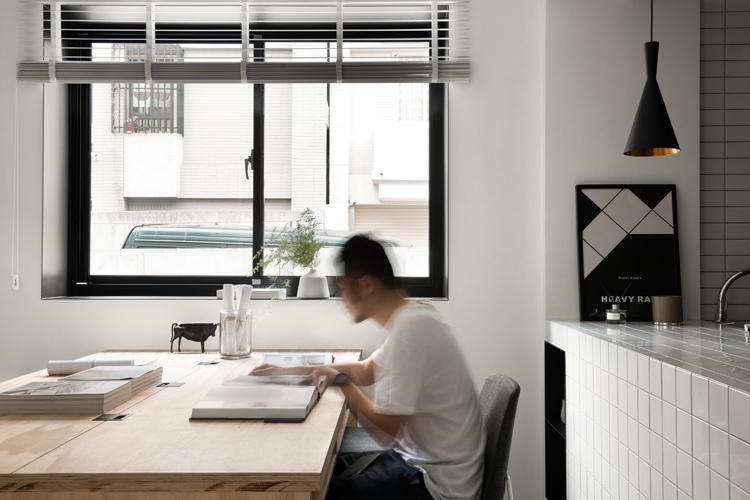 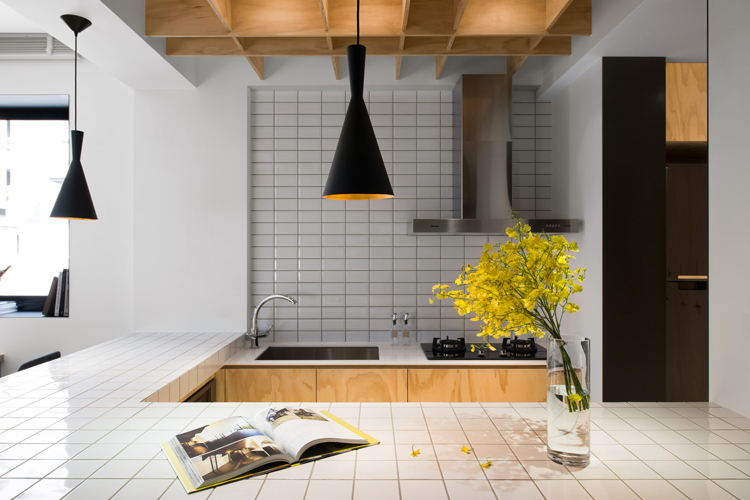 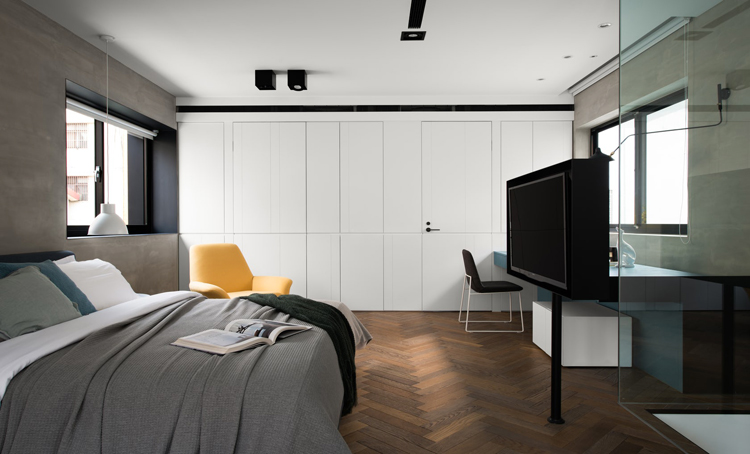 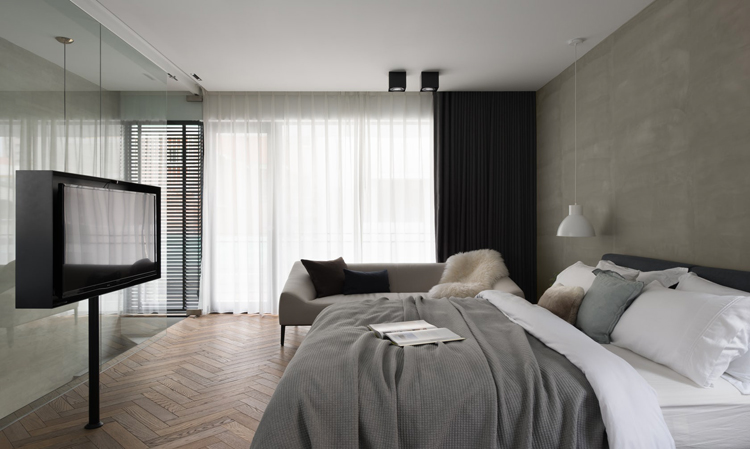 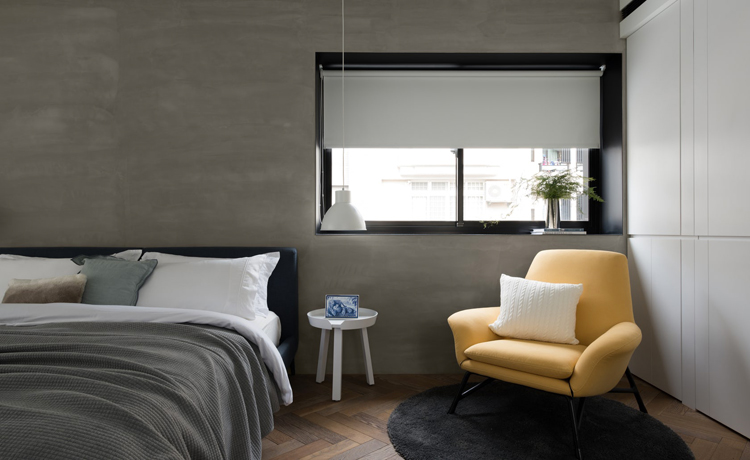 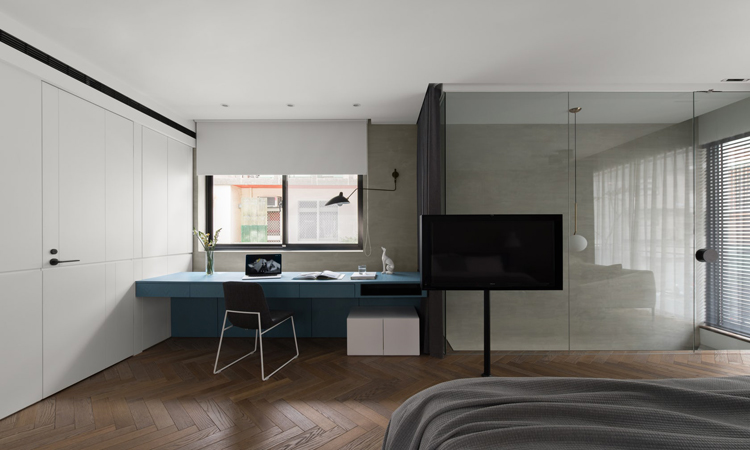 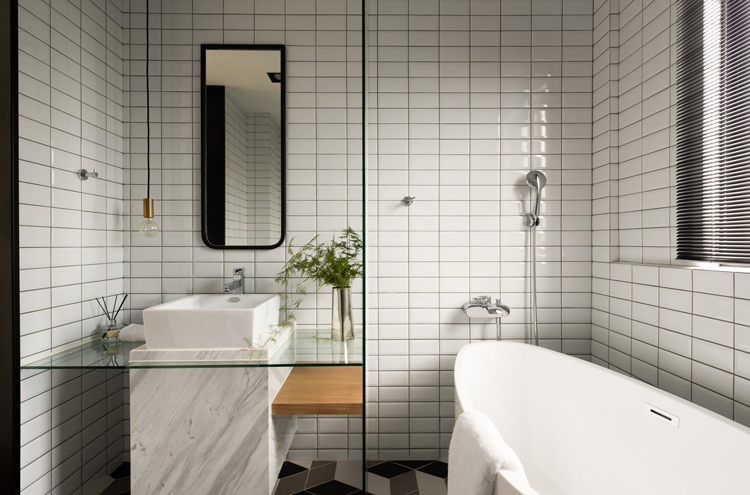