By removing a previous non-original addition the adaptation of this gold rush era Victorian heritage villa wasn’t about increasing the size of the dwelling nor about deliberately removing a chunk of its existing heritage fabric just to downsize it, instead the existing rooms are repurposed around a more fluid and flexible spatial arrangement ensuring space isn’t wasted. 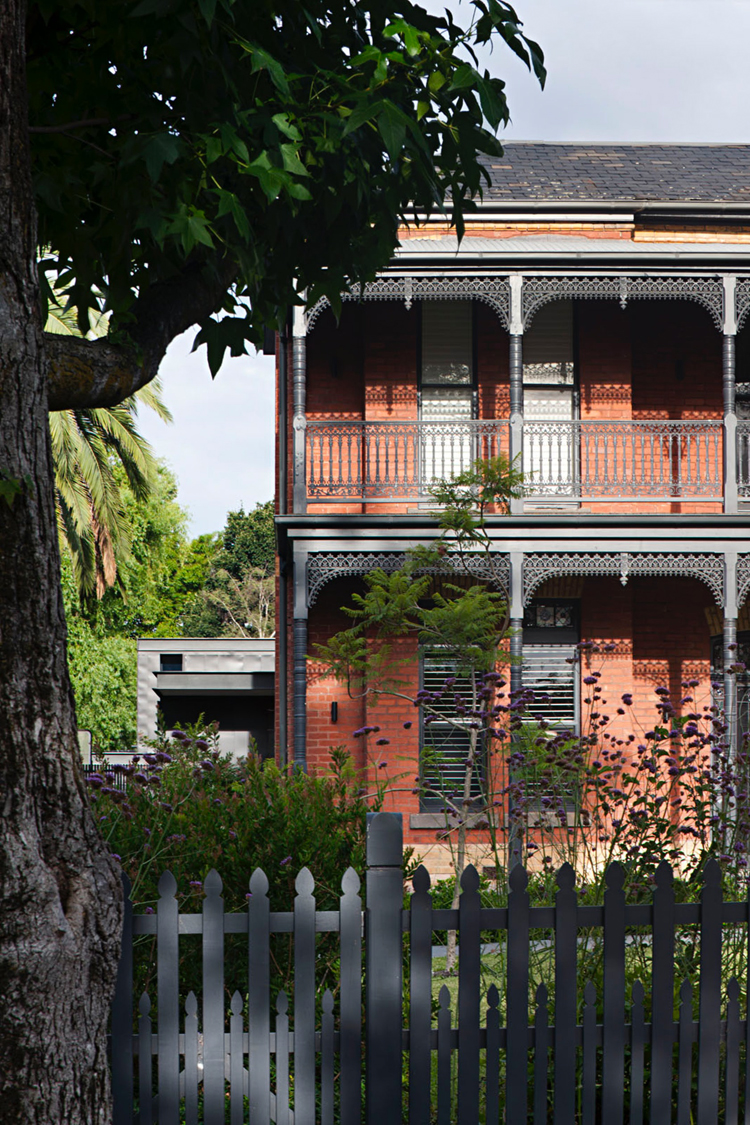 The contemporary addition challenges the concept of building low quality, replica additions that attach themselves to the heritage fabric and in effect compromise confuse and diminish the integrity of the original. The intervention here is instead contemporary and interactive, activating and opening up the compartmentalized interior to previously underutilized green space, at the same time designed to preserve and augment the cultural significance of the original building. 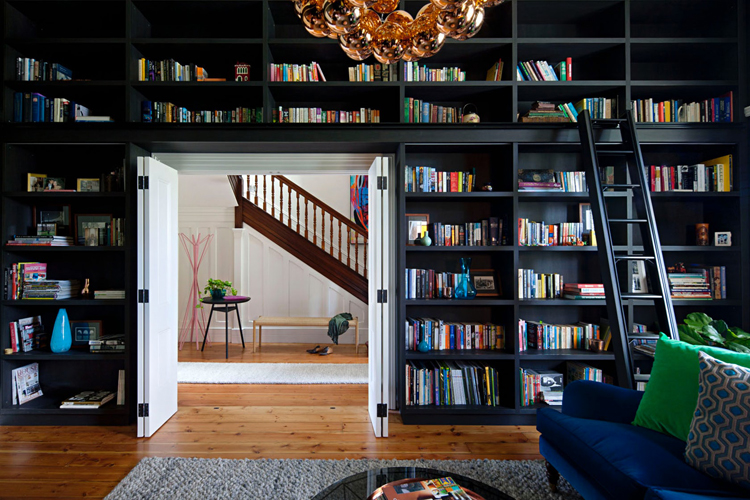 The project responds to the brief of a family of five to provide a greater connection with the garden, provide a sheltered outdoor space for year round dinning and to screen the glare, a perennial problem within the Australian climate of a west facing orientation.

The concept of a ‘Hiro-En’ (or deep Engawa) within traditional Japanese Architecture is that of a deep verandah space, a space located outside traditional Japanese rooms mediating interior and exterior, with function being to limit direct sunlight and to protect interior materials from degrading. Lead designer and Japanese project architect, Erica Tsuda, explored concepts of similar ideas here. 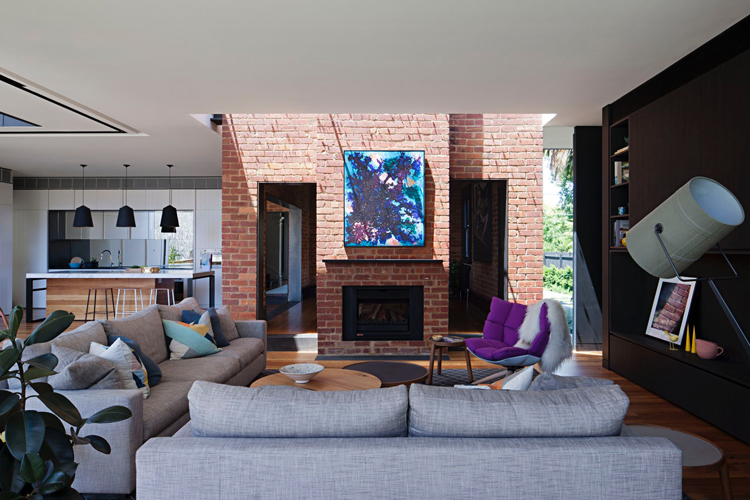 Through the computer modeling of sunlight and shadow, a series of canopies at different heights and extensions were developed in a very deliberate way that could house an external curtain. Allowing flexibility to admit northern sunlight yet screen the heat and glare from the west .The woven stainless steel mesh curtain may completely envelop the north and west perimeters of the outdoor deck (or ‘Hiro-En’) simultaneously providing a rain screen and shelter on warmer days. 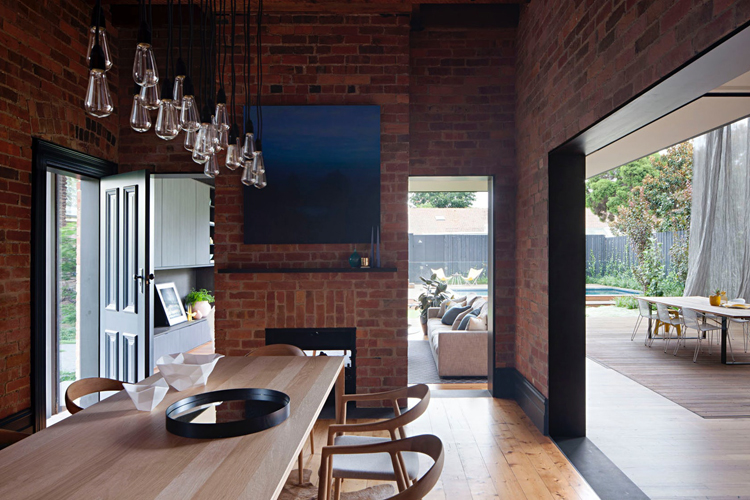 The sculptural nature of the curtain provides a free flowing and kinetic foil to the permanence and solidity of the heritage structure. A functional device at its core, it provides an invigorating spatial blurring – layering and overlapping notions interior and exterior and through its translucency offers a counterpoint of exposure or enclosure depending on how light falls on it, enabling alternate diurnal qualities. 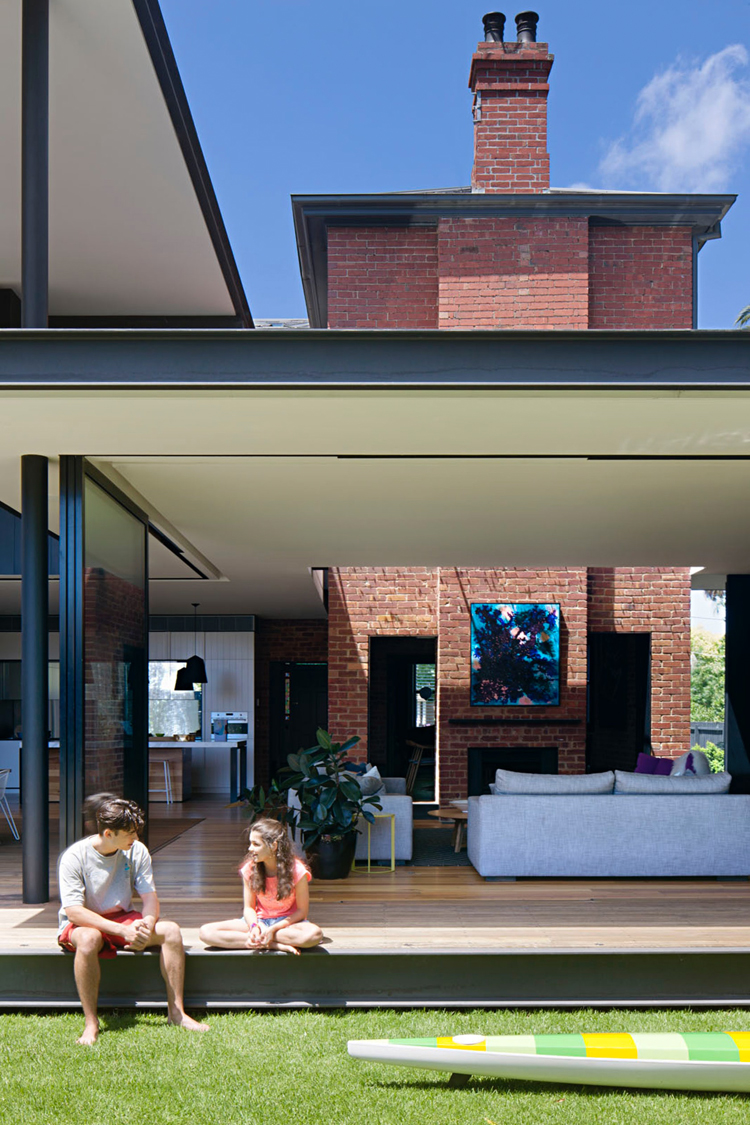 The process of renovation allowed for the act of revealing and exposing the history of the existing building, celebrating the trace of original materials and the history of alterations over time. Rather than covering over the original construction, certain aspects are left intentionally exposed. New fabric is deliberately left free from old, so that the new works touch the original structure softly via glazed connections allowing for the principal of ‘reversibility’ whilst bringing light and ambiance into the centre of the dwelling. Within the new, the thin white planes of the ceiling appear to float seemingly without support. Spaces and eras are distinguishable yet able to bleed into each other allowing subtle connectivity. Each space, whilst unique, continues a dialogue that is integral to the story of the whole. 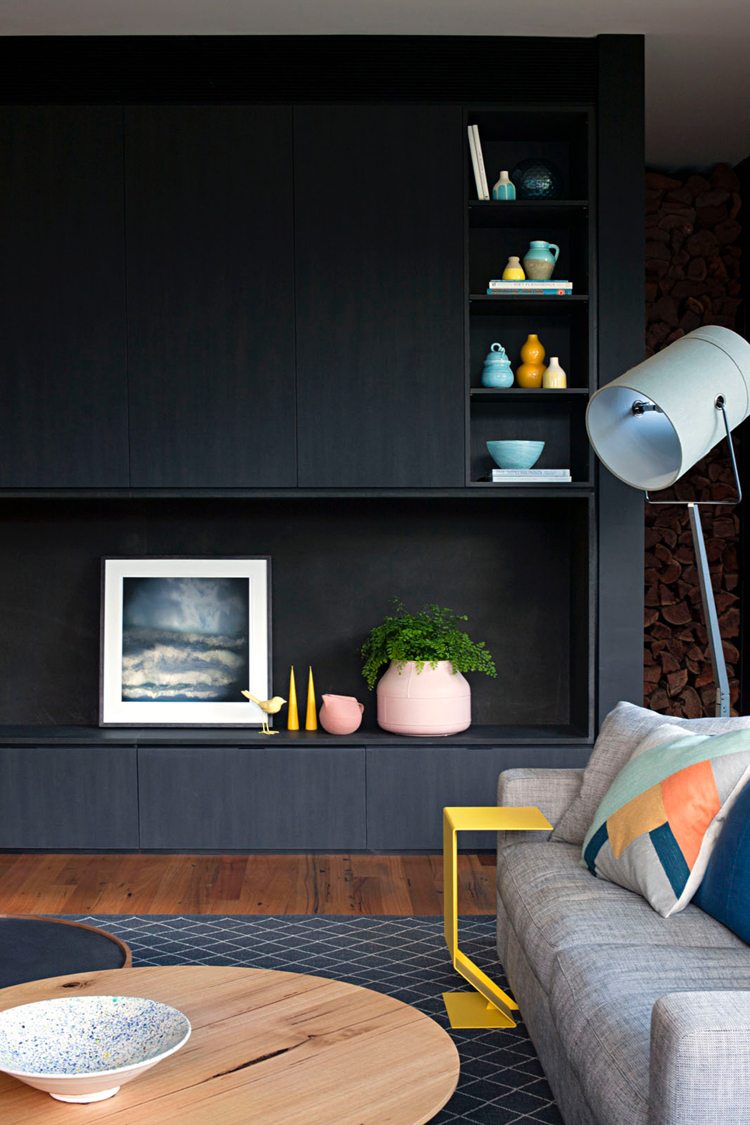 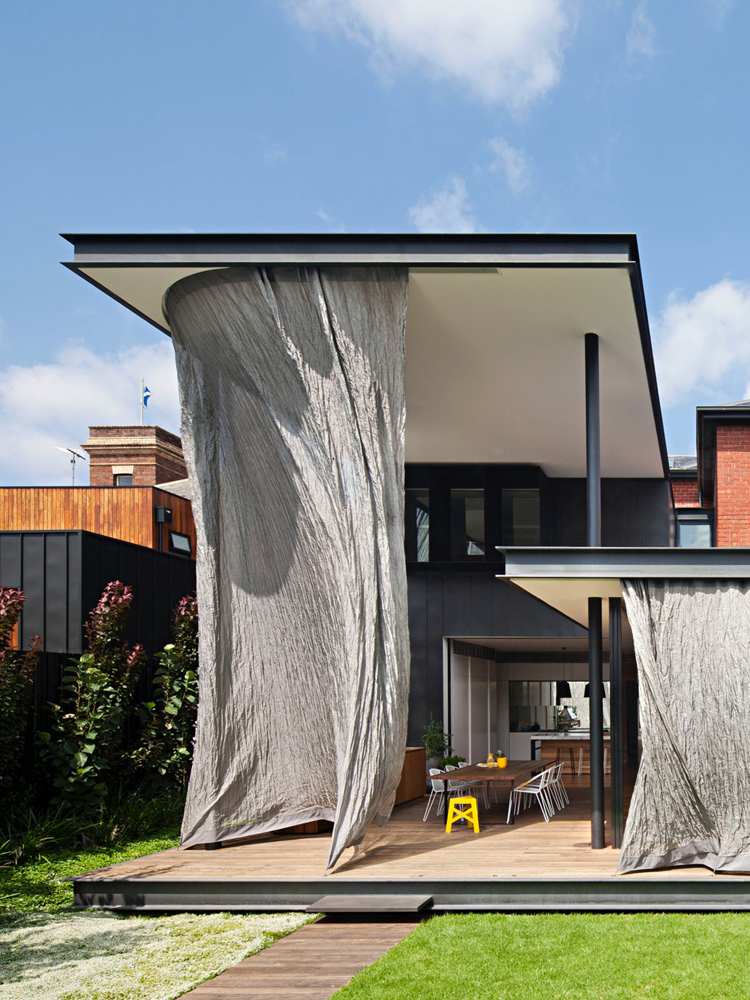 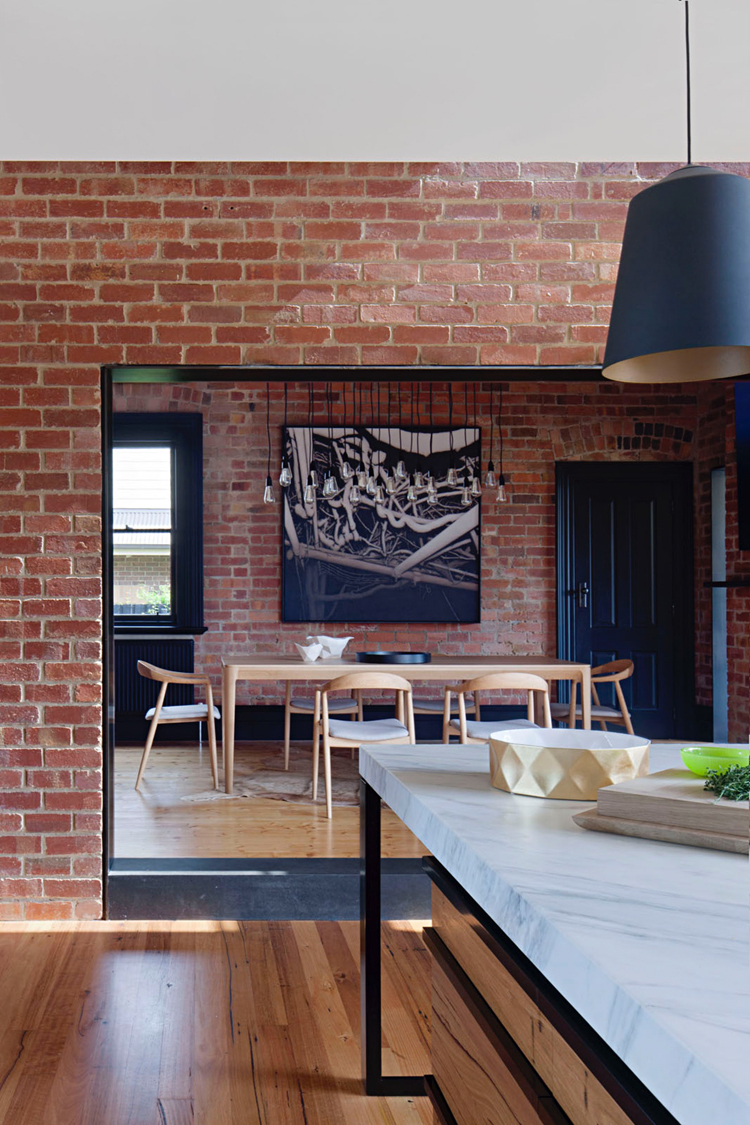 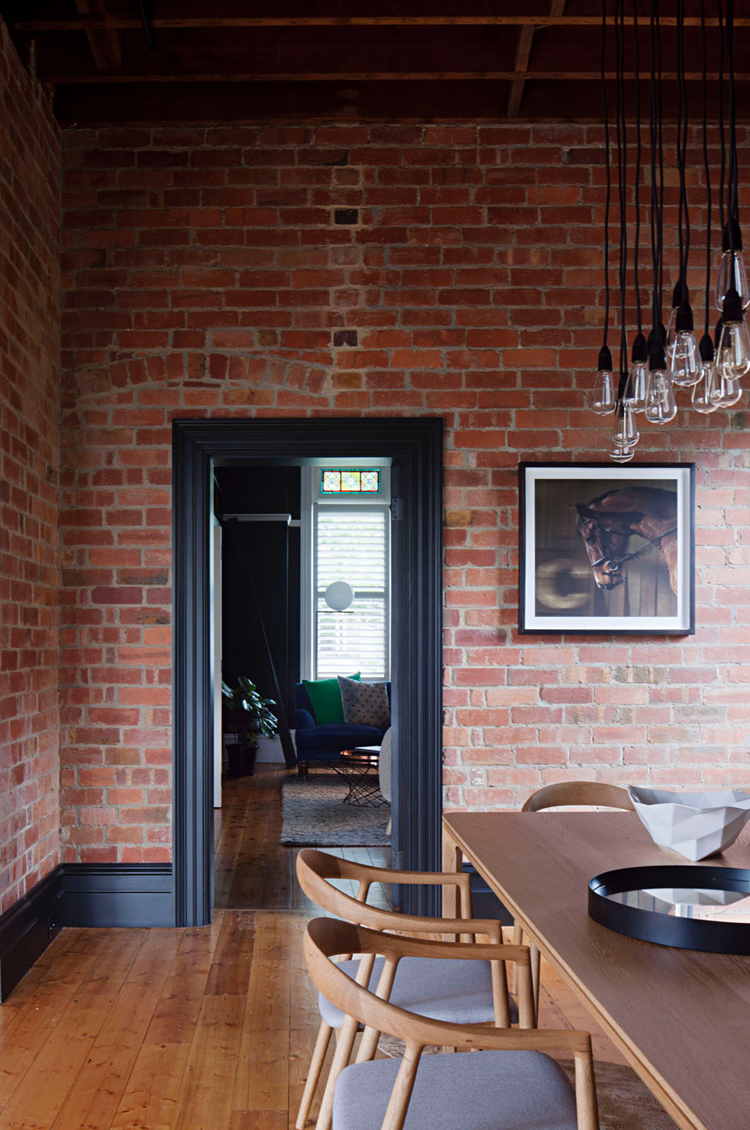 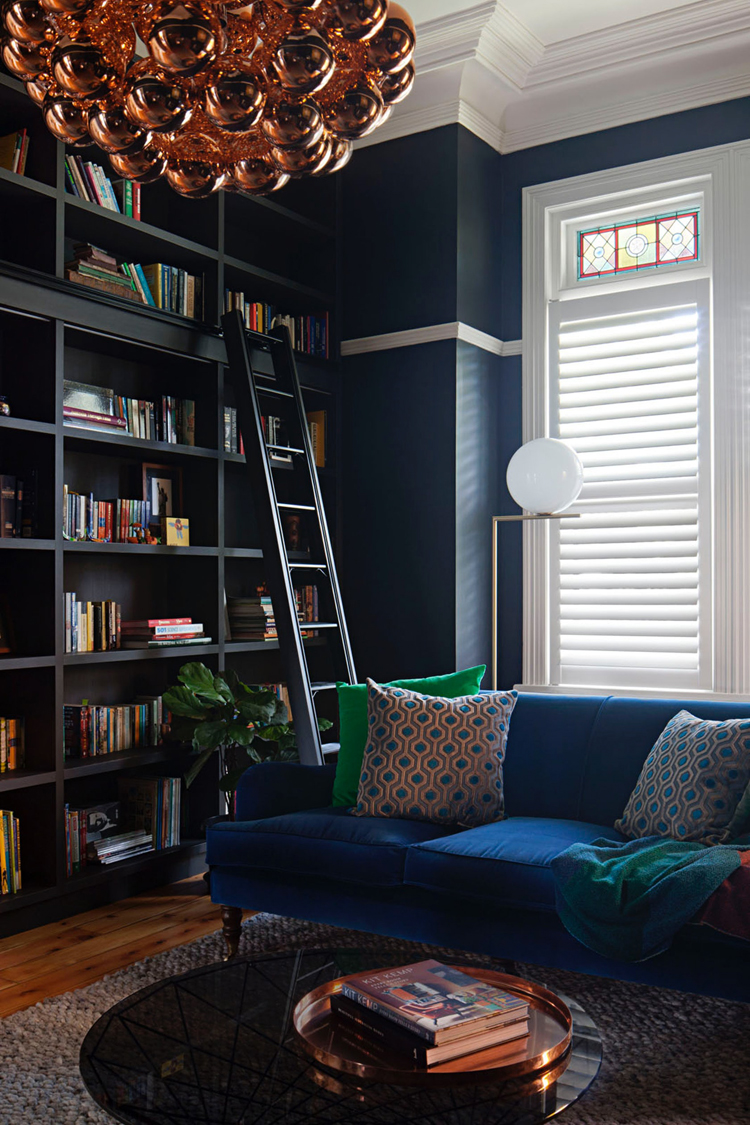 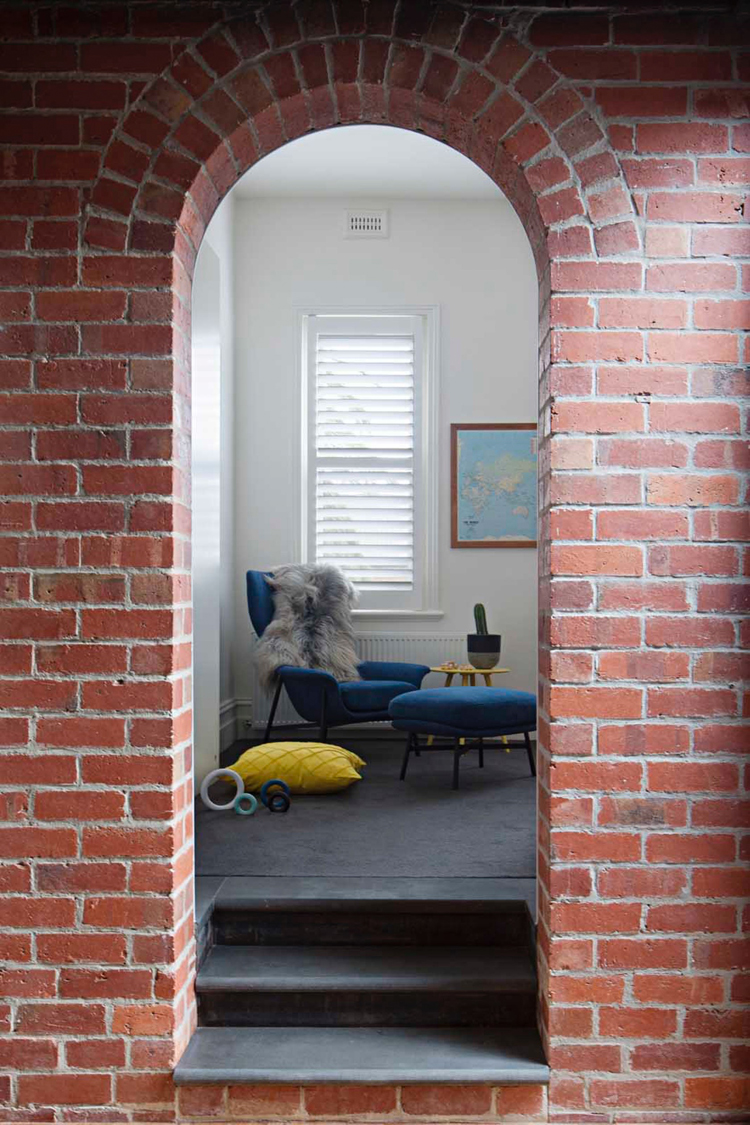 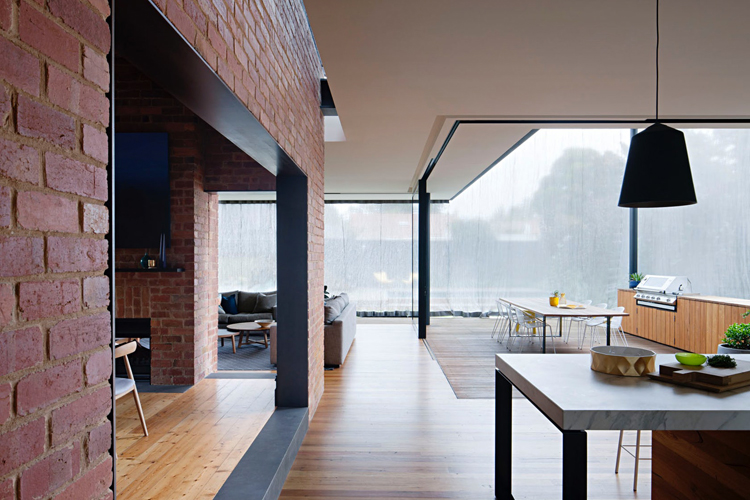 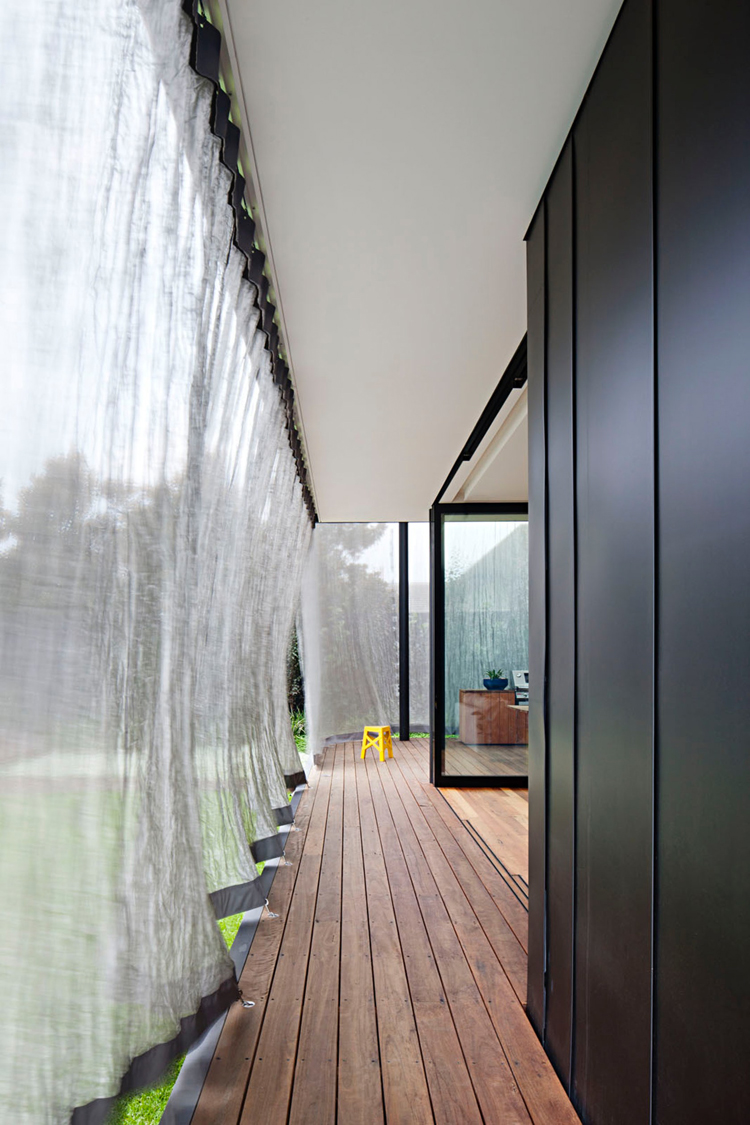 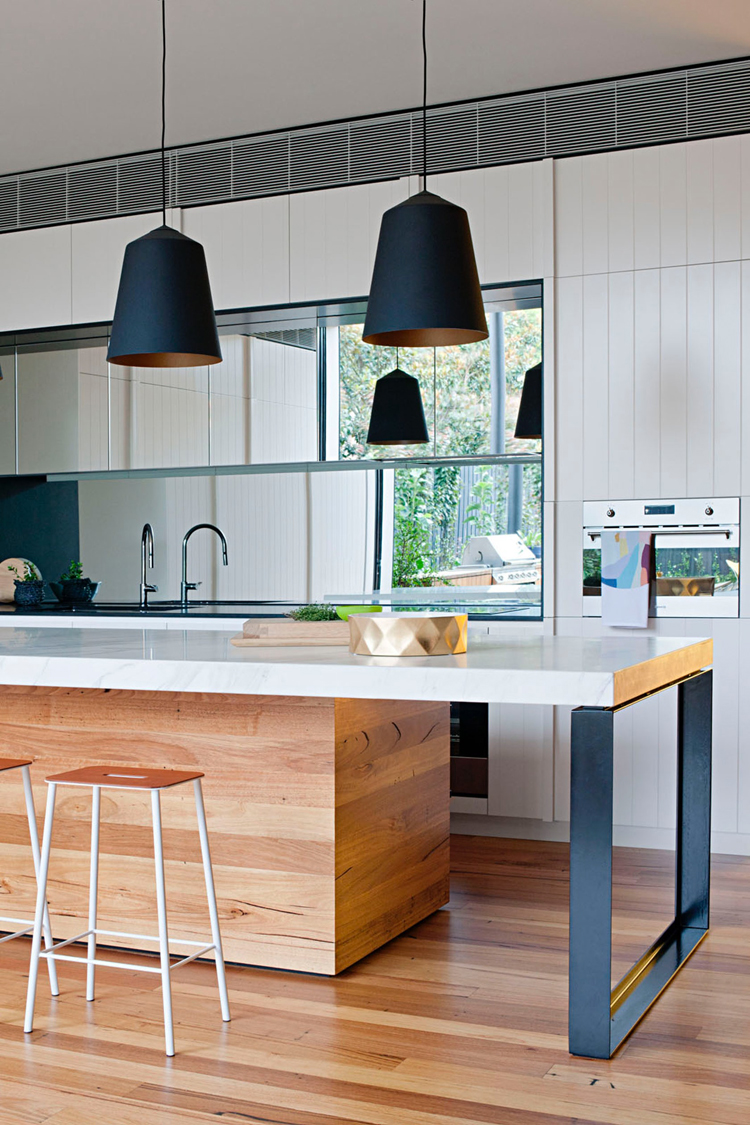 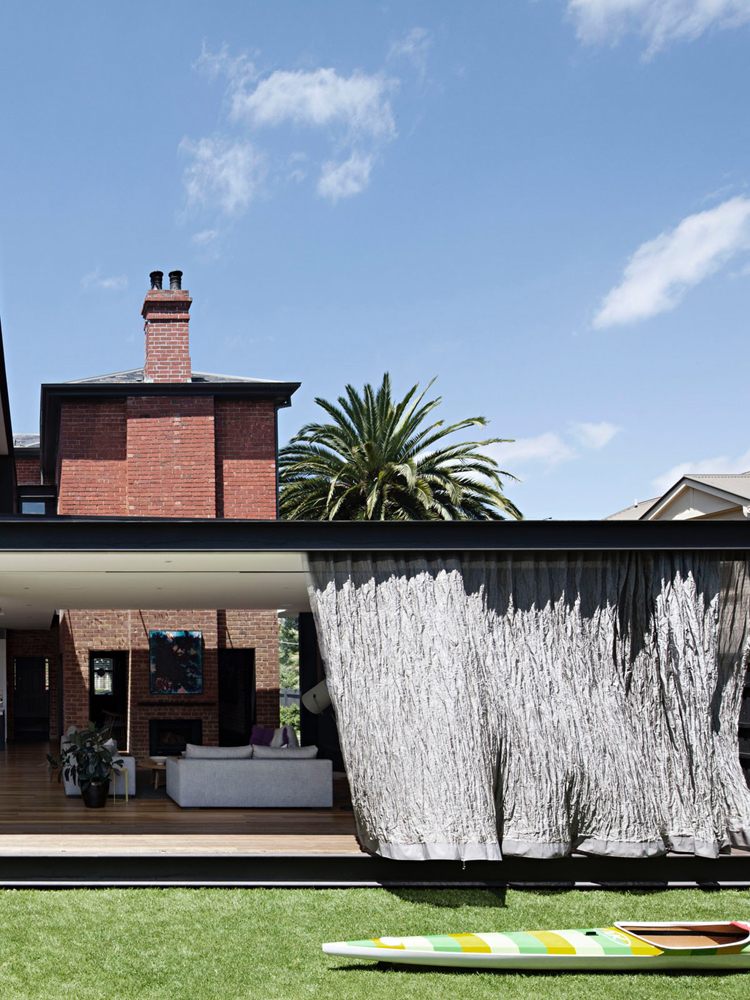 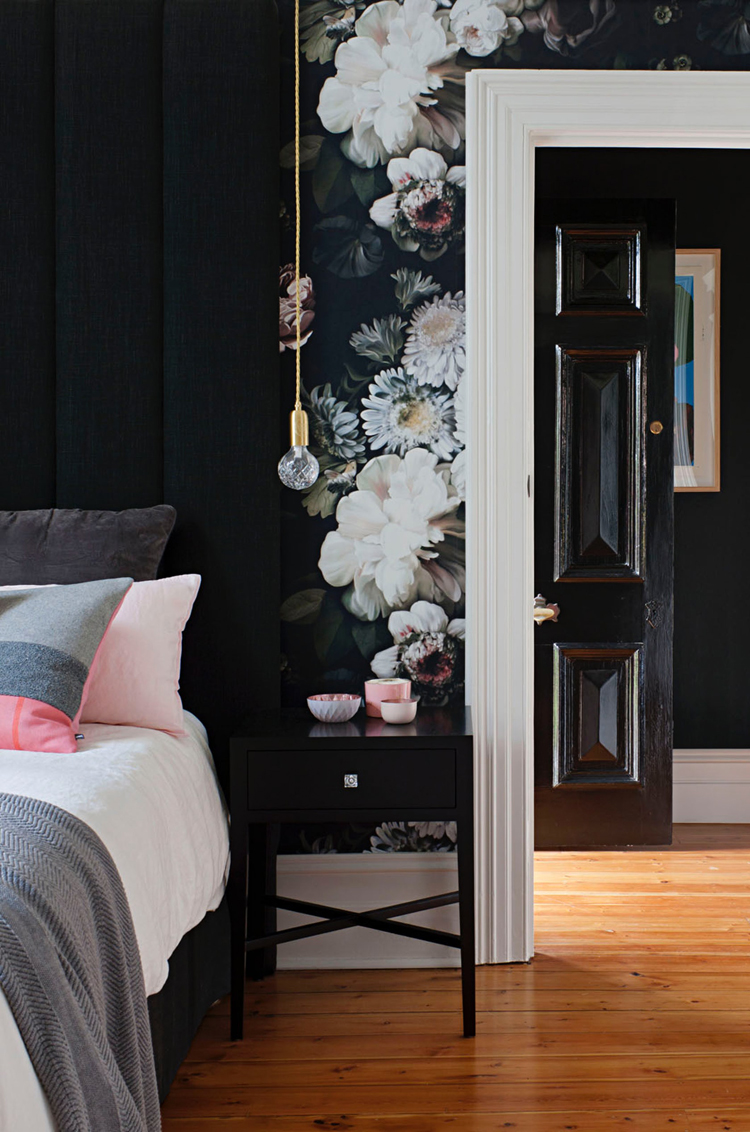 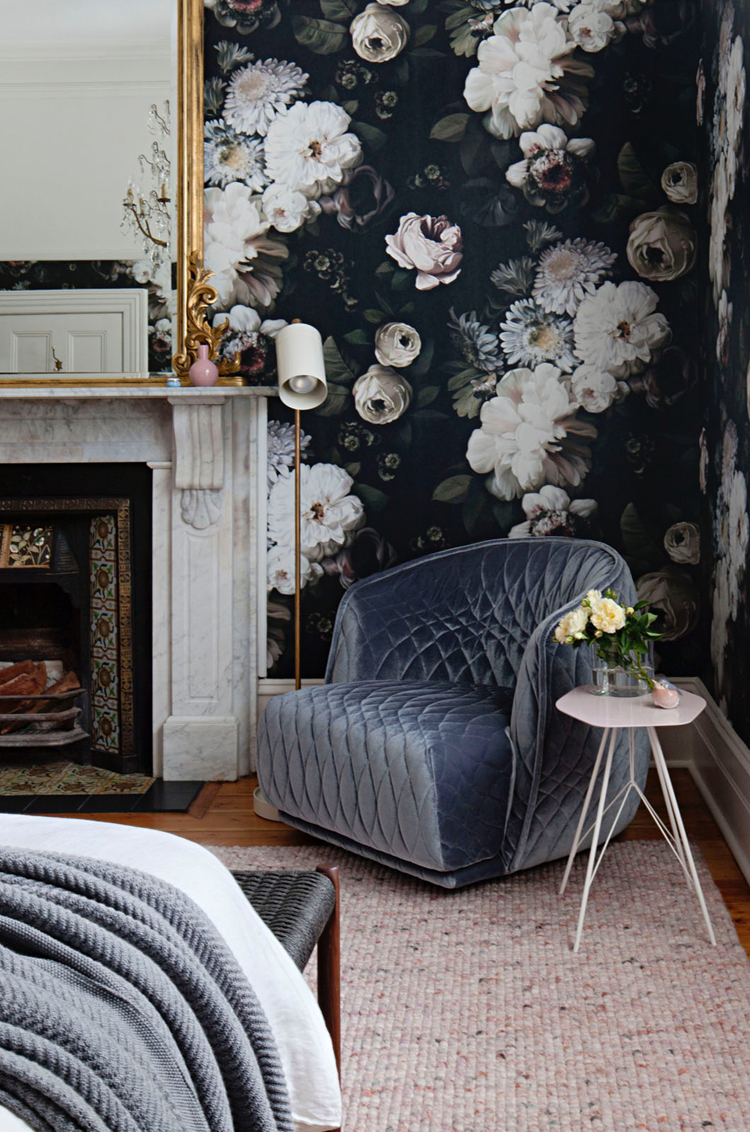 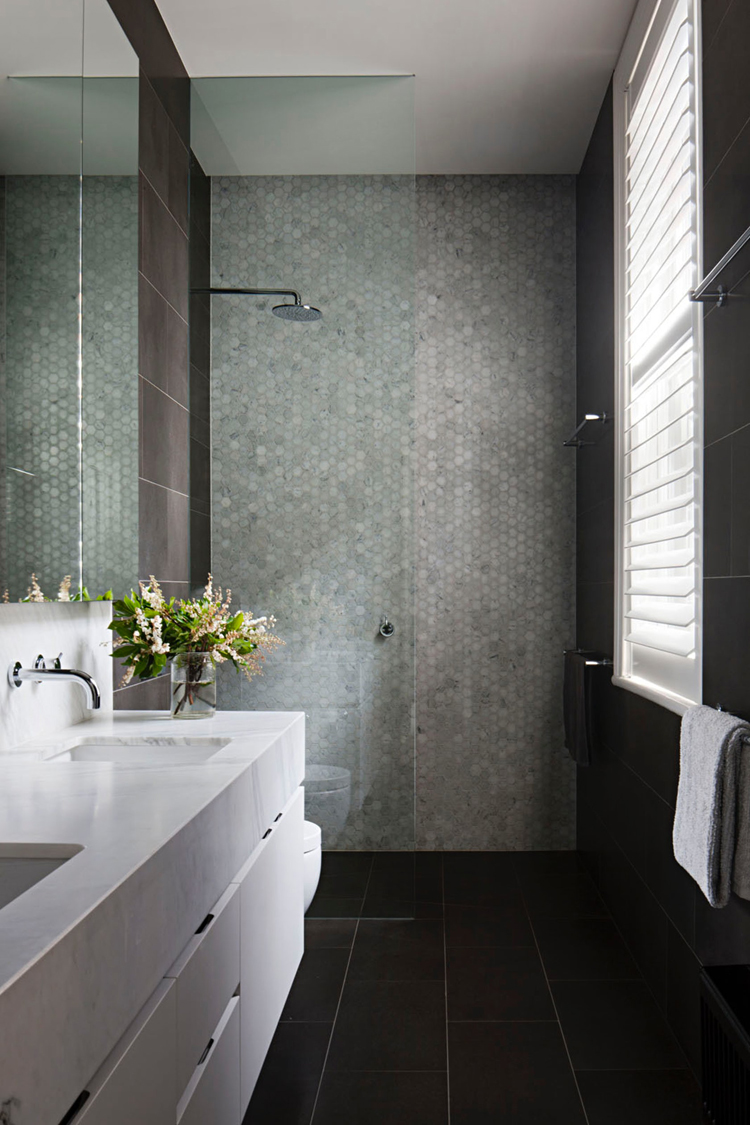