Dutch firm UNStudio has completed a mixed-use complex in the Chinese city of Hangzhou that accommodates a hotel, offices, apartments and shops, within two streamlined towers set atop a podium and landscaped plaza.

Raffles City Hangzhou was designed by UNStudio for real estate company CapitaLand. Described by the studio as “a sustainable urban hub for living, working and leisure”, the huge complex is located in the city’s Qianjiang New Town area. 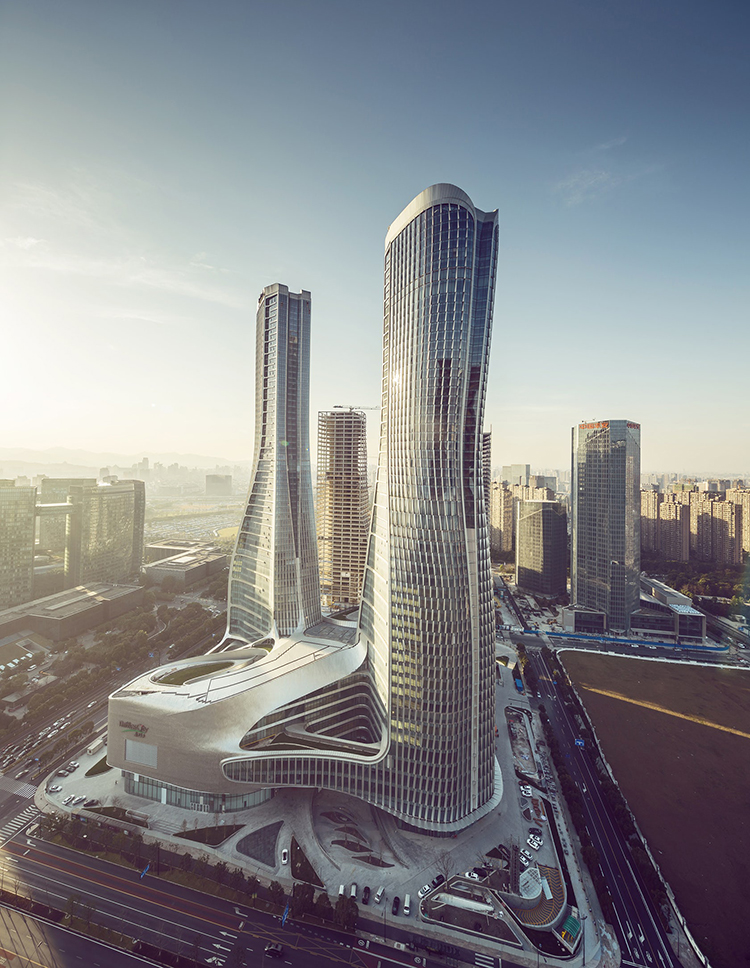 Conceived as a lively vertical neighbourhood and transit hub and featuring stunning views of the river and West Lake areas, the sixty-storey, 250 metre-tall highrises contain residential units, offices, the Conrad Hotel and a rooftop helipad, meanwhile the 116,000 sqm six-storey podium accommodates retail, restaurants, leisure facilities and parking and has a direct underground connection to the metro. 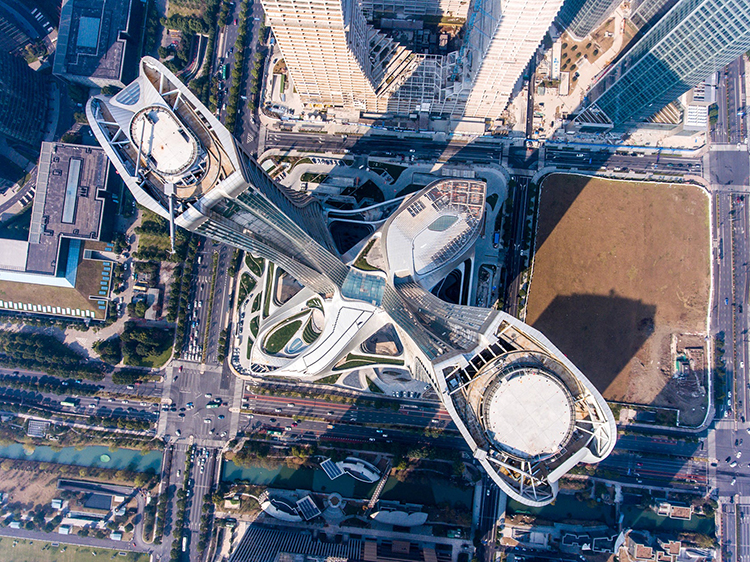 The project furthers the practice’s ongoing research into Superliving, in this case into (integral) strategies to create sustainable, healthy cities that offer a high quality of life, while addressing future needs for greater efficiency and density in cities in times of rapid urbanisation and growth.

Inspired by the city’s famed natural landscape, UNStudio’s design creates a local identity for Raffles City, while celebrating its trademark ‘city within a city’ concept. Reflecting the movement in the river, the tower design features a wave-like motion. These concentric waves increase in their dynamism, starting calmly at the base and building up more vigorously along the vertical axis.

The main entrance to the south appears as a prominent gateway from the city park and civic centre. The east-west orientation of the towers minimises overshadowing while maximising daylight for the residences and offices. 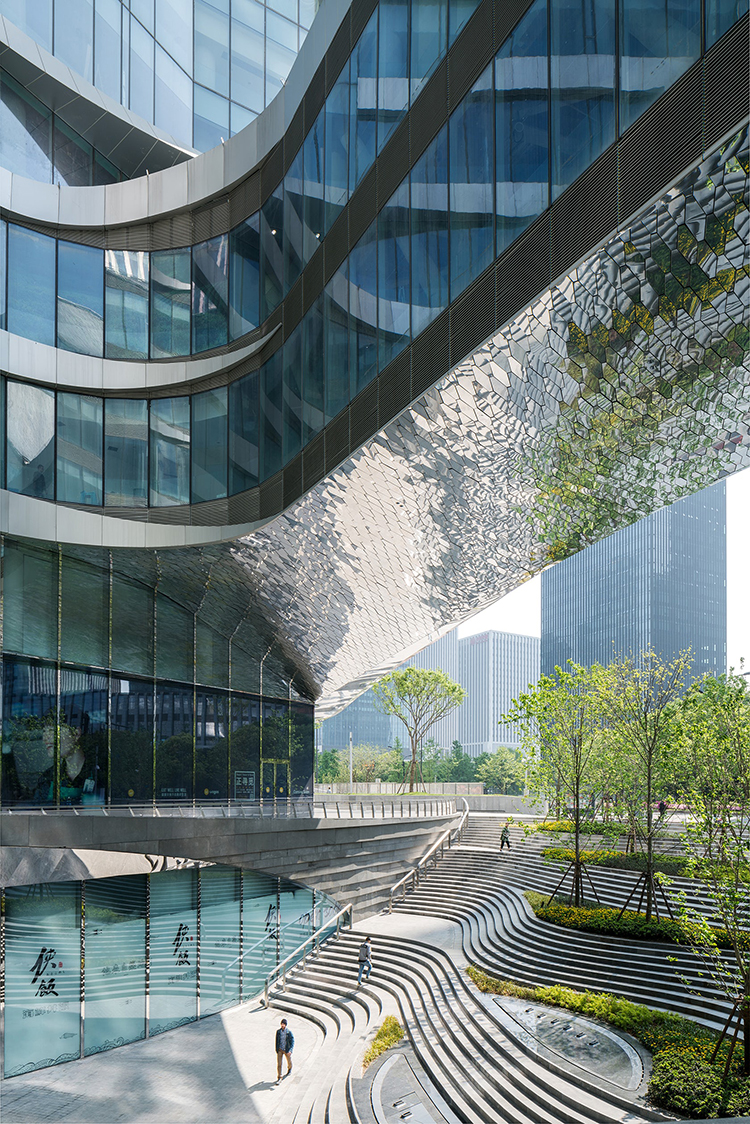 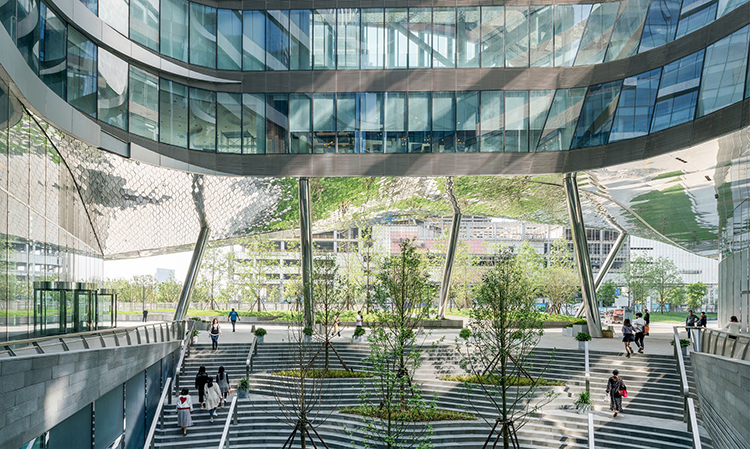 Situated in the centre of the retail spine, a spectacular atrium forms the organisational and visual focus of the podium interior. The atrium is designed as a spiral of overlapping layers, creating seamless connectivity and extensive sightlines between the spaces.

As a feature detail, the bamboo handrail echoes the building’s curvilinear form. Winding its way around the podium as a continuous ribbon, it adds an element of tactility and natural contrast with the futuristic interior. 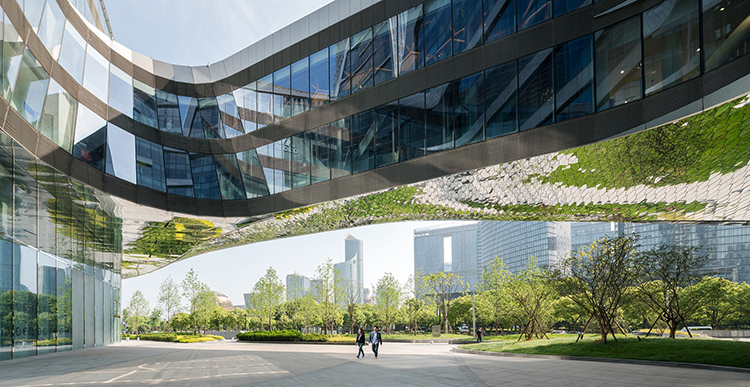 Abundant daylight streams through the atrium and voids right down to the lowest floors, introducing a unique outdoor quality to the podium interior. Looking up through the skylights, the towers are always visible from the main atrium, changing appearance depending on the viewing point. 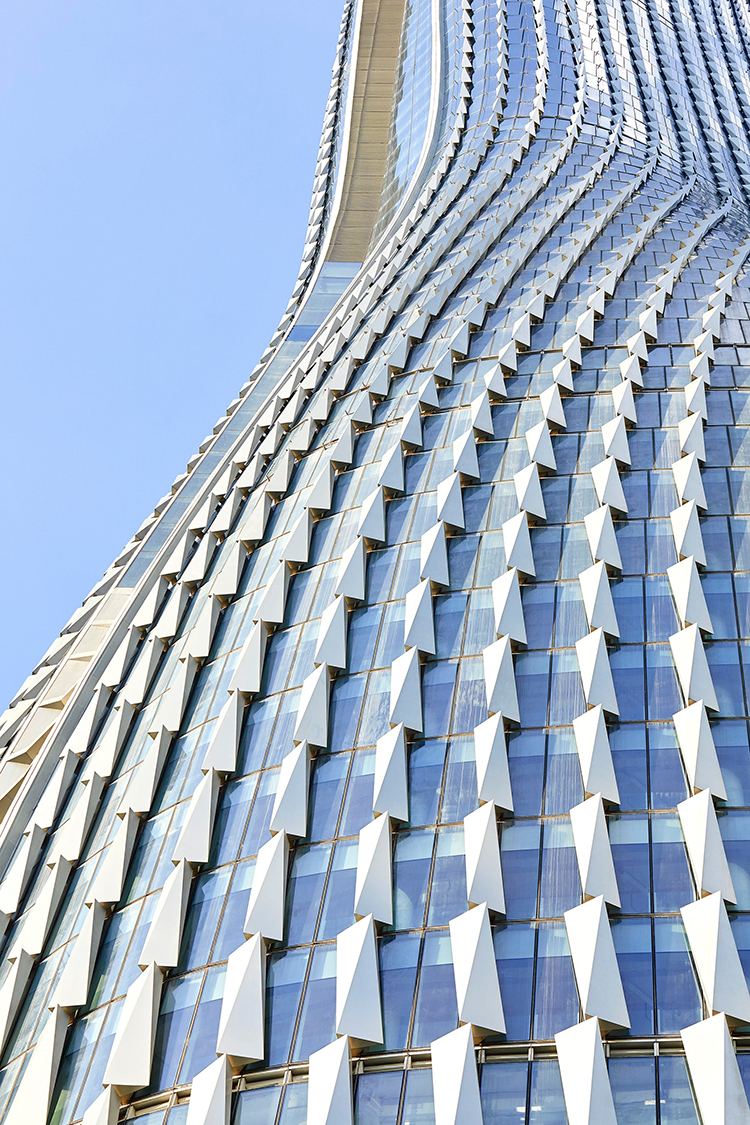 An inclusive approach to sustainability is integral to UNStudio’s design philosophy. The incorporation of natural ventilation, solar gain and daylighting principles tailored to the local context, efficient structure and the ways in which materials are employed all work in concordance with one another to lower the energy and material demands of the building. Raffles City Hangzhou is the first retail mall in China to use natural ventilation on a large scale and has achieved Gold LEED certification.

With social sustainability in mind, the programme mix creates a dynamic, continuous 24/7 cycle of activity that encourages public participation and engagement. 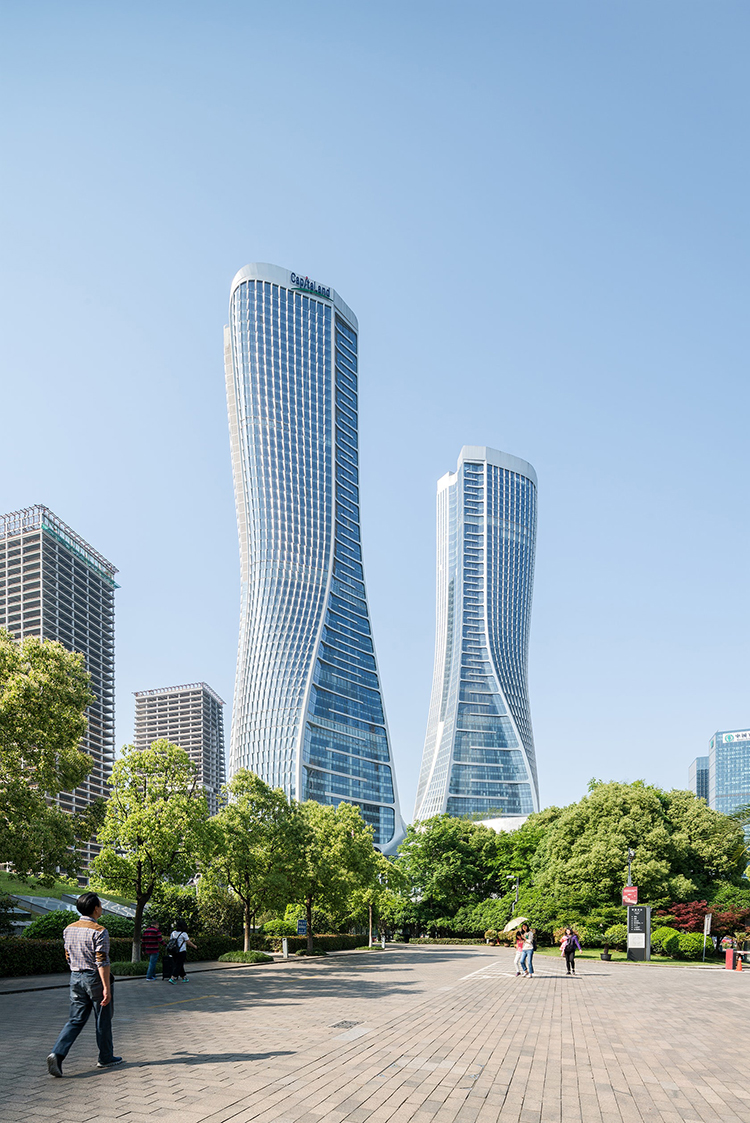 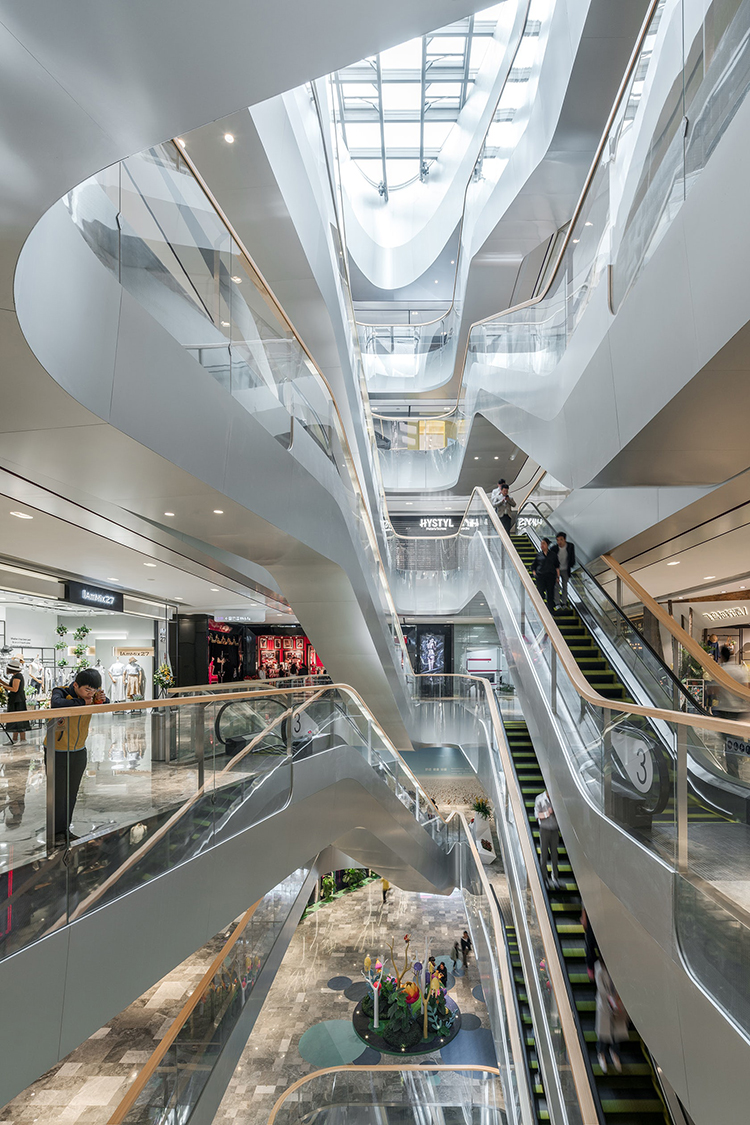 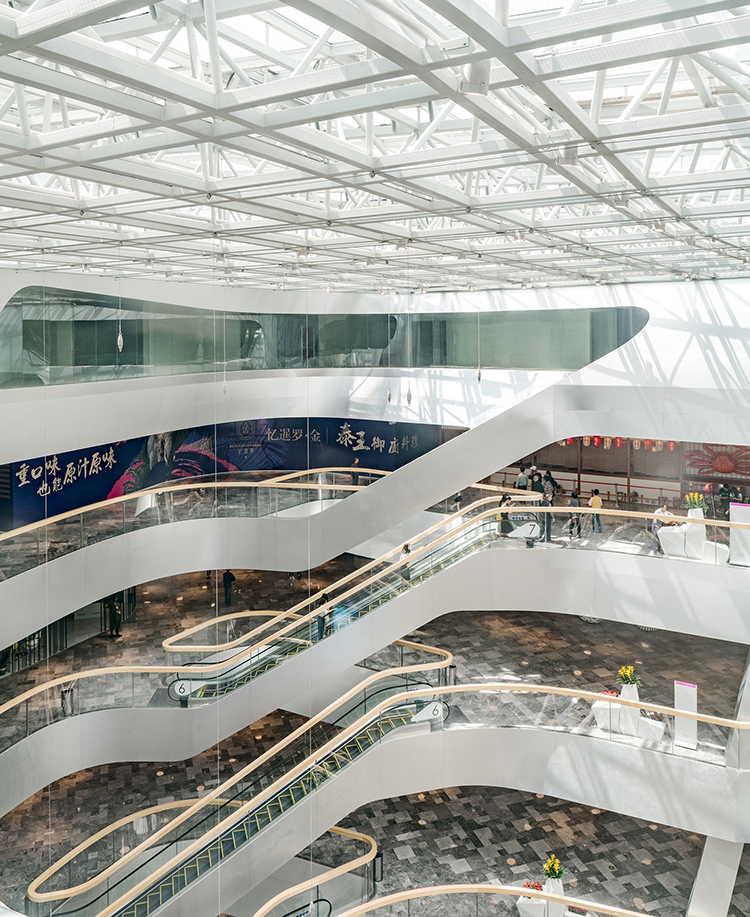 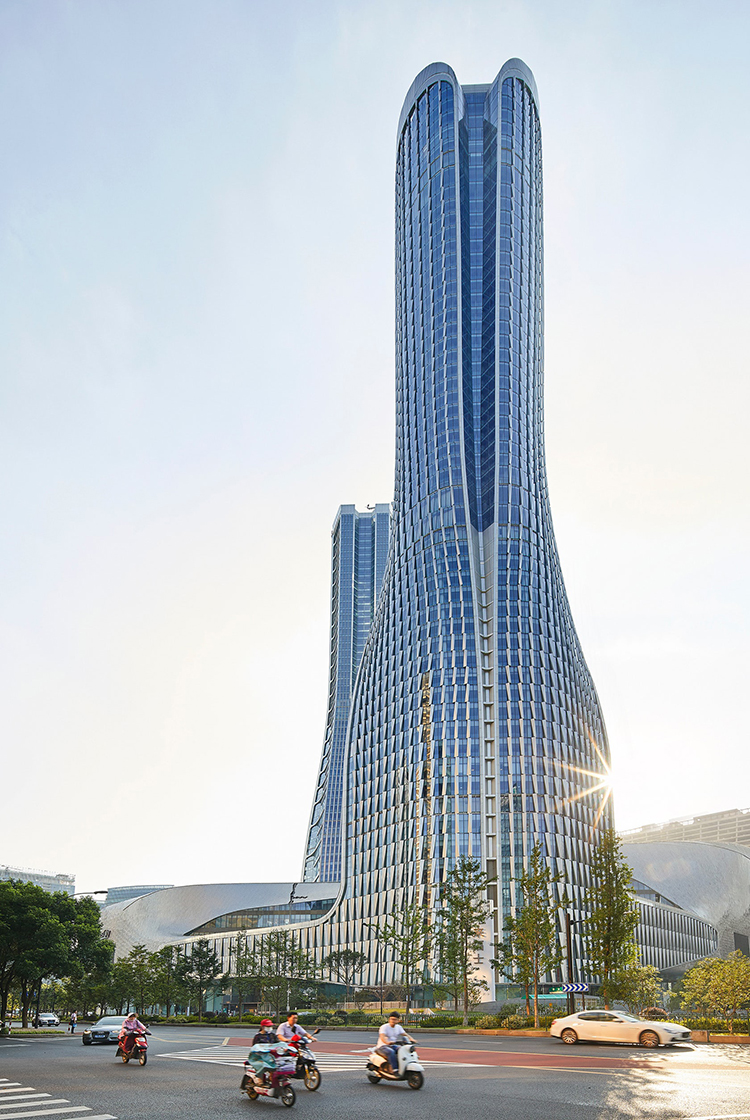 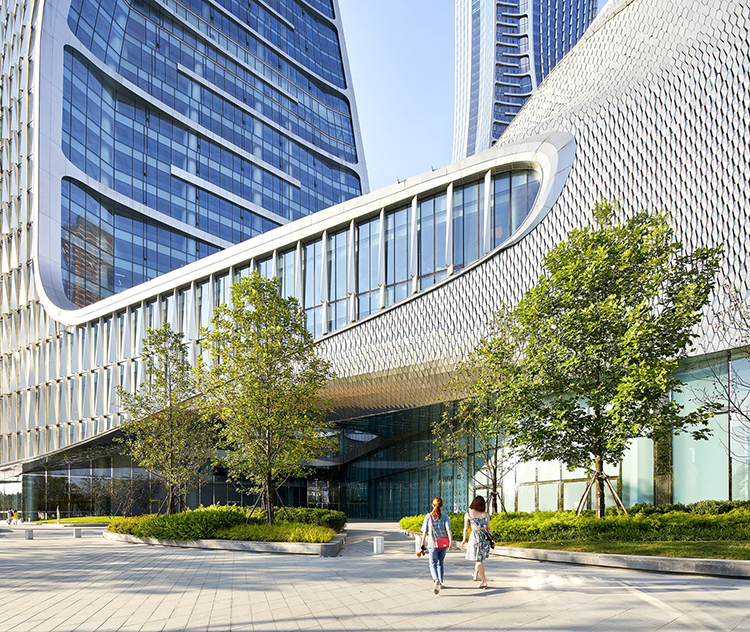 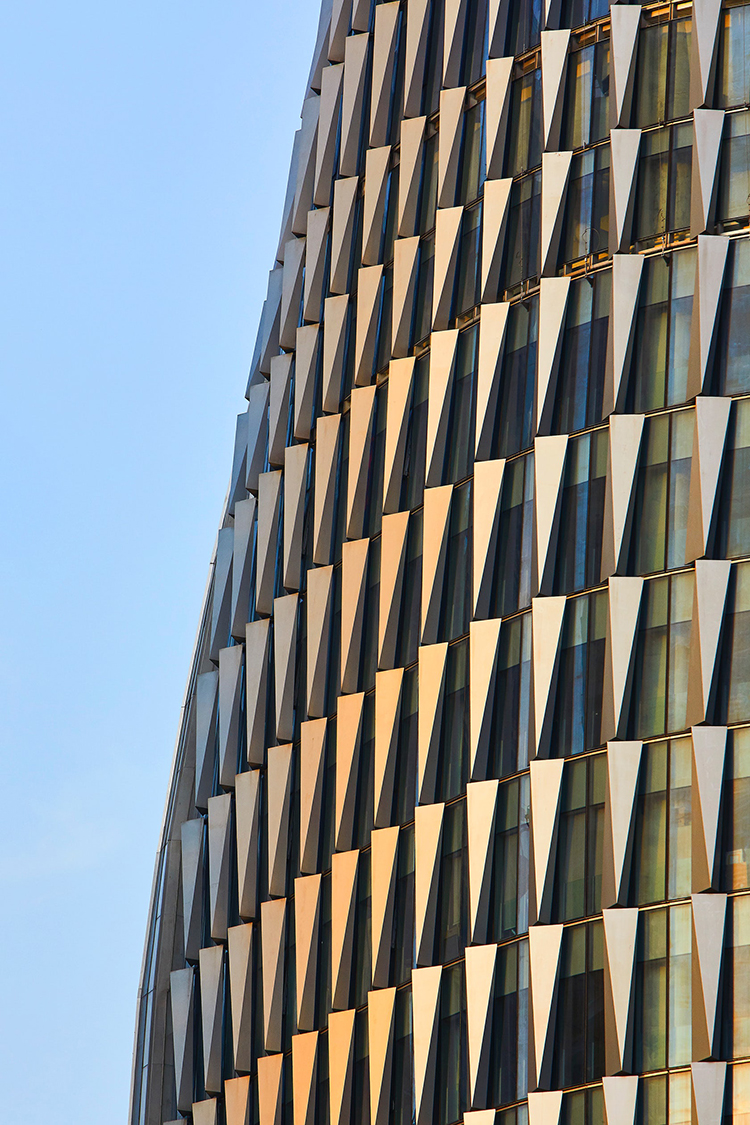 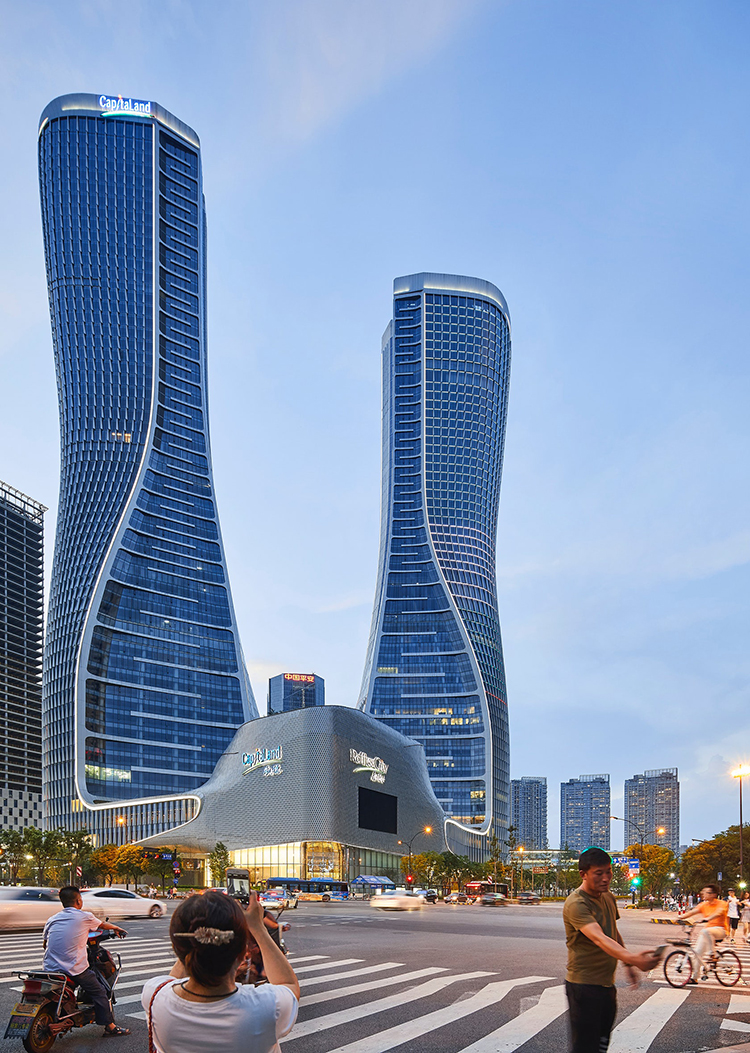 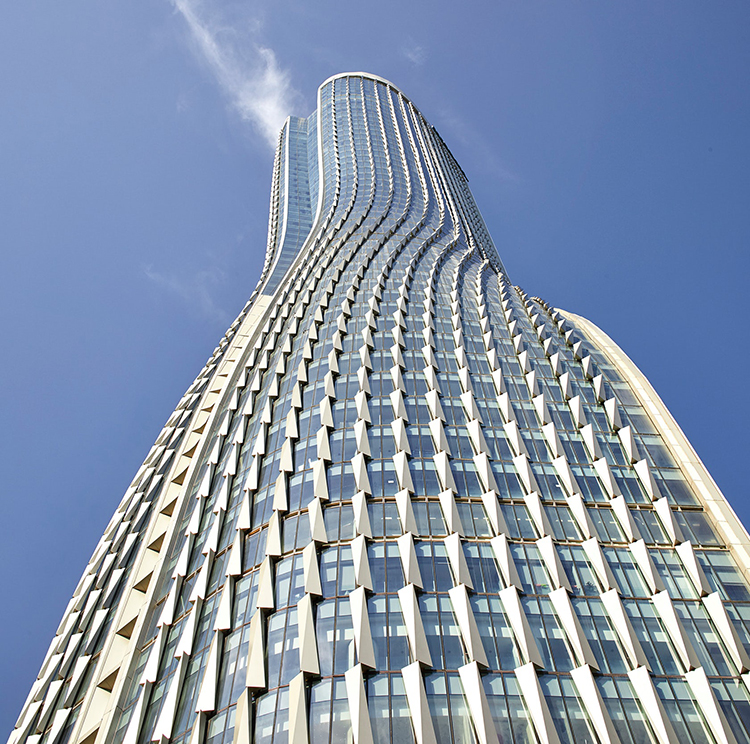 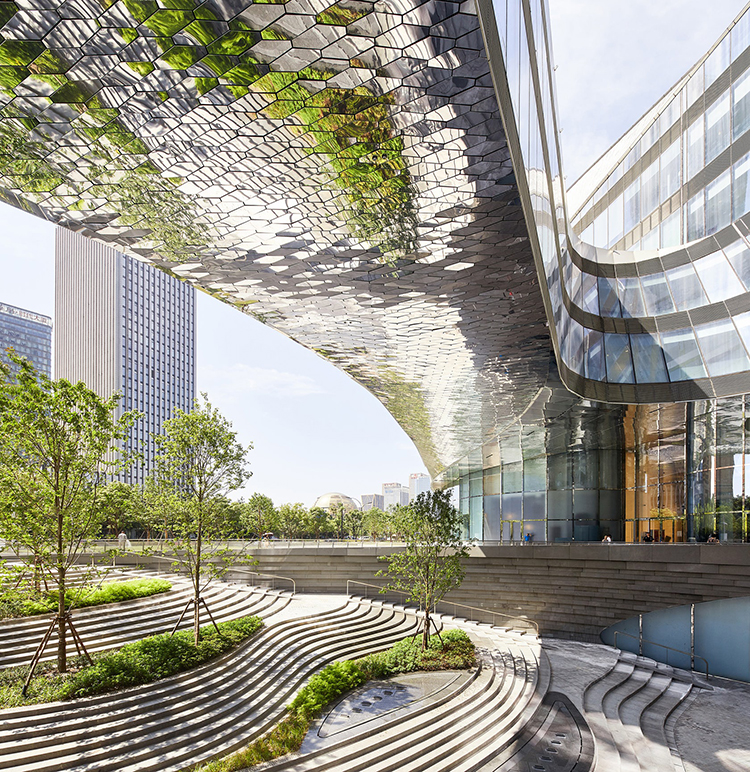 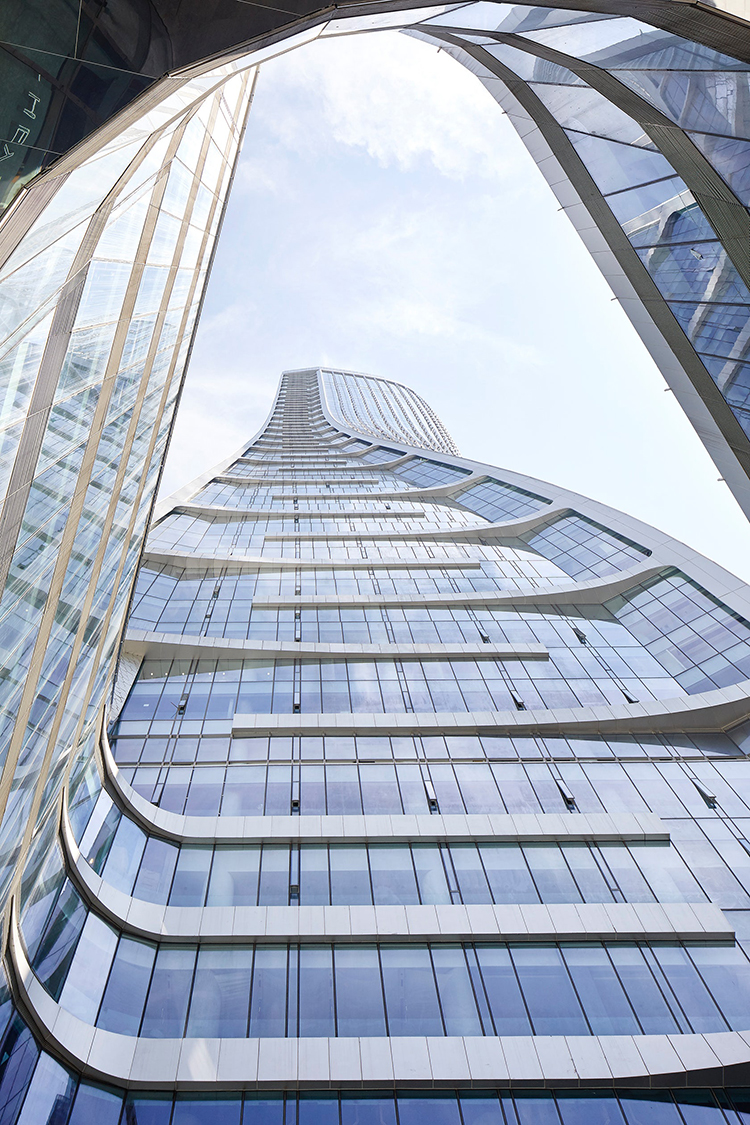 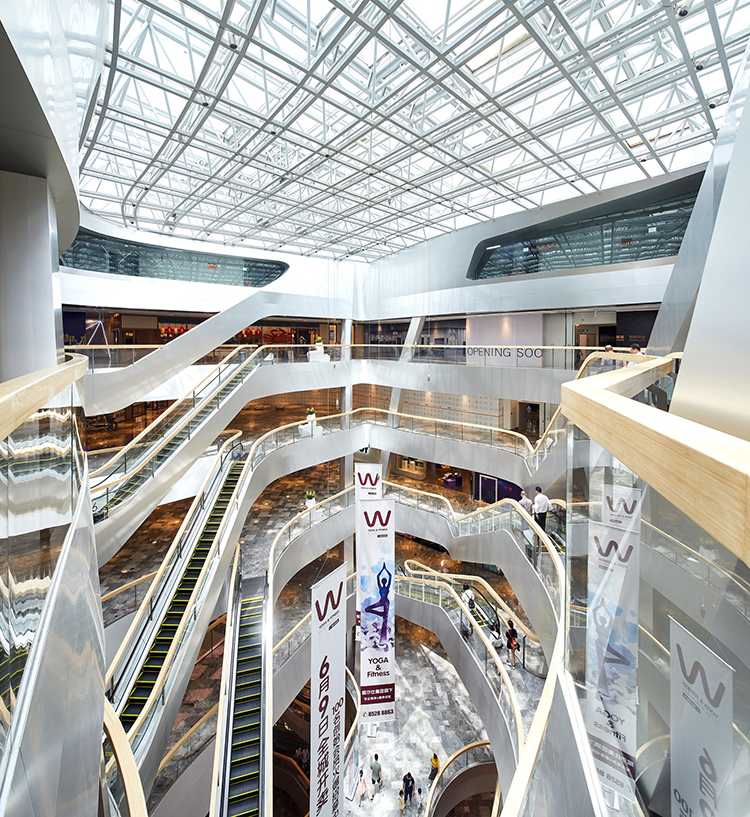 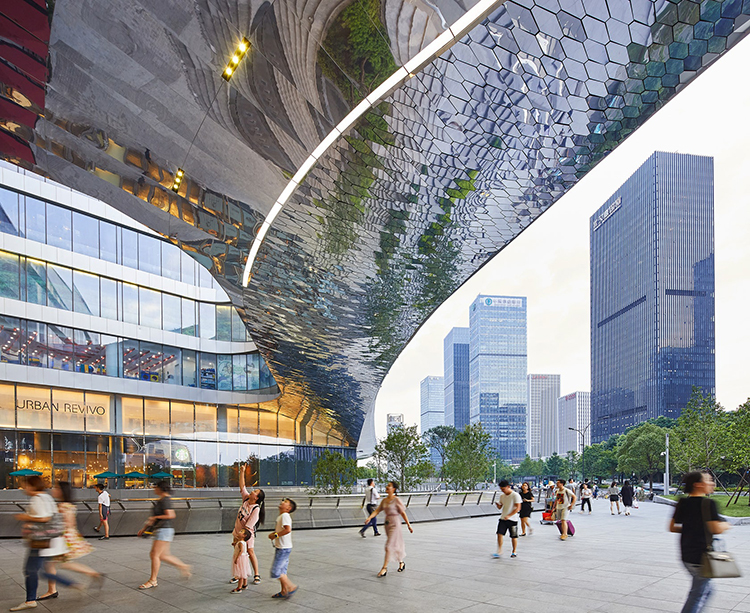 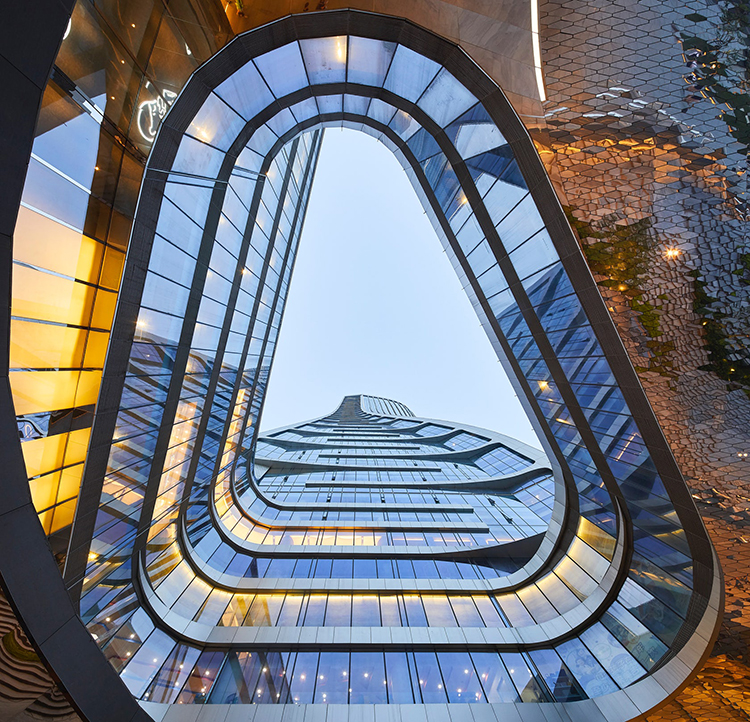 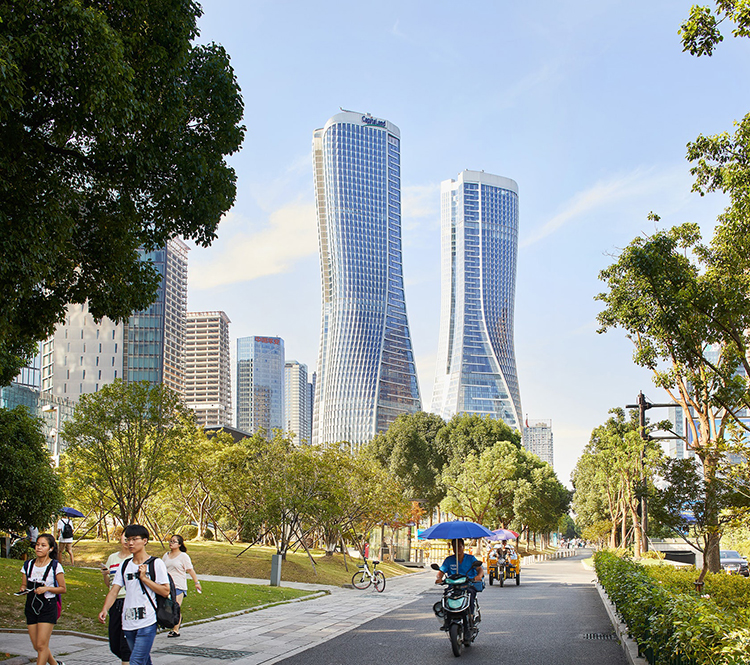