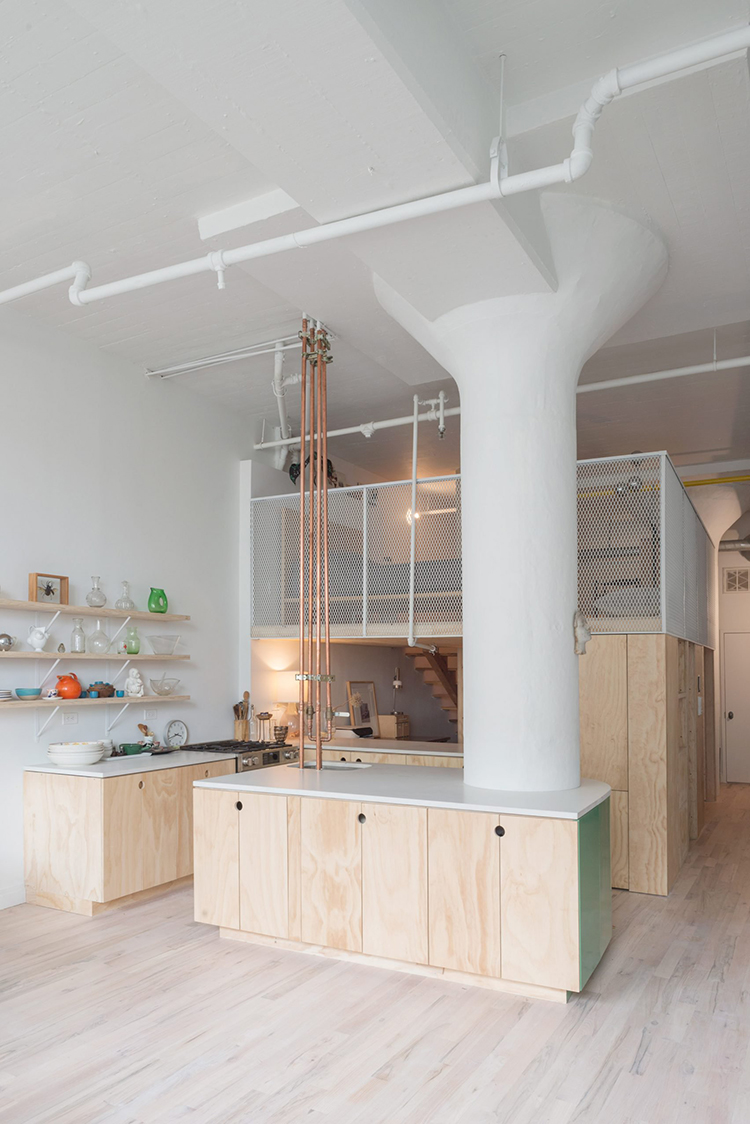 The added elements playfully interact with two large existing columns positioned near the edge of the space, which serve as a terminating boundary for the design. Their architectural intervention either keeps an intimate gap that mimics the outline of the column, or hugs it. Inspired by the contrast between minimalist geometries and rough materials these adjacencies of existing and new elements preserve the clean, light, continuous environment and maximize usable space without appearing overly refined. 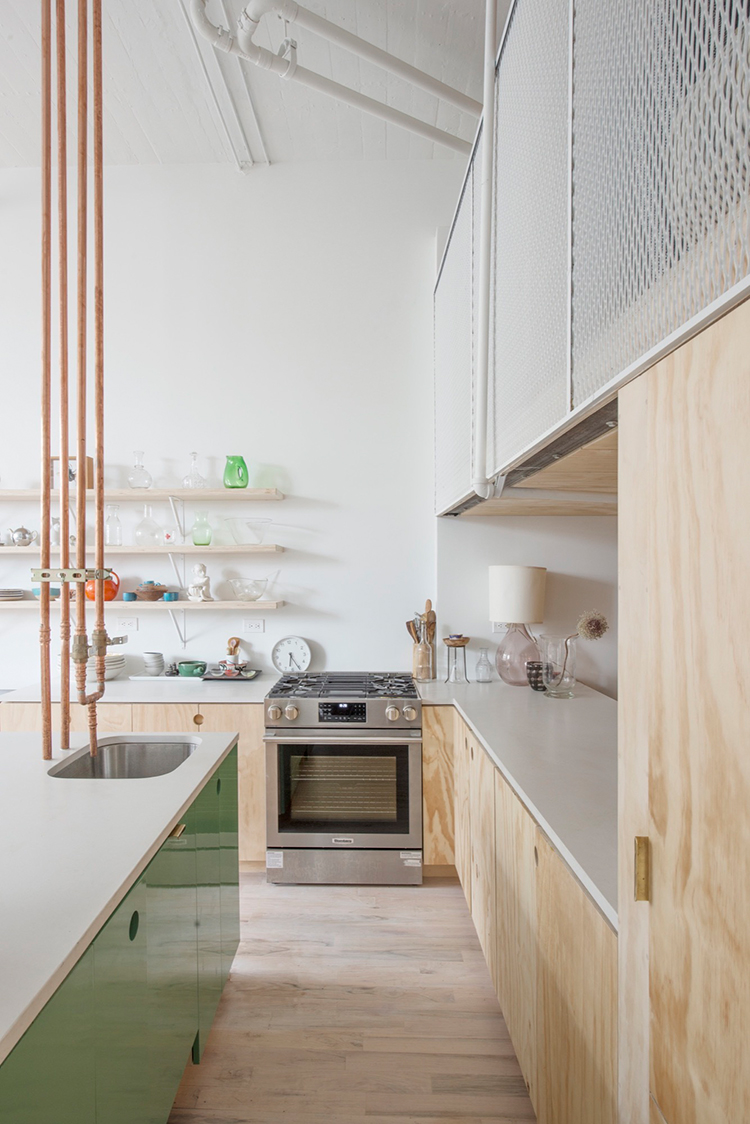 Notable details include hand-selected plywood with a distinct gradient pattern that wraps the interior walls of the 750-square-foot interior space, carrying into the custom-designed kitchen that also features green lacquered kitchen island cabinets and bright copper pipes. The heavy interior walls are punctuated by large apertures framing curated views and bringing light from the front window-wall to the back of the loft space. 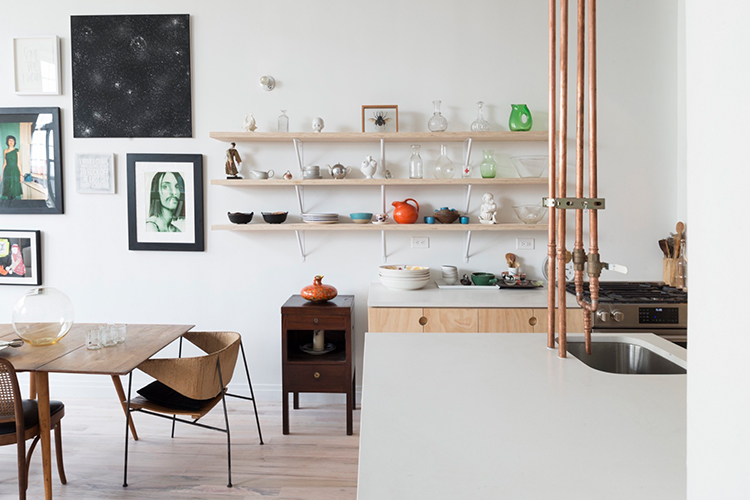 A lofted sleeping area is bounded by a floating, perforated, white metal enclosure that visually separates and connects the two distinct levels by providing privacy from oblique angles and transparency from head-on, and staggering floor heights distinguish between study/sleeping areas and guest/changing areas for homeowner and guest. 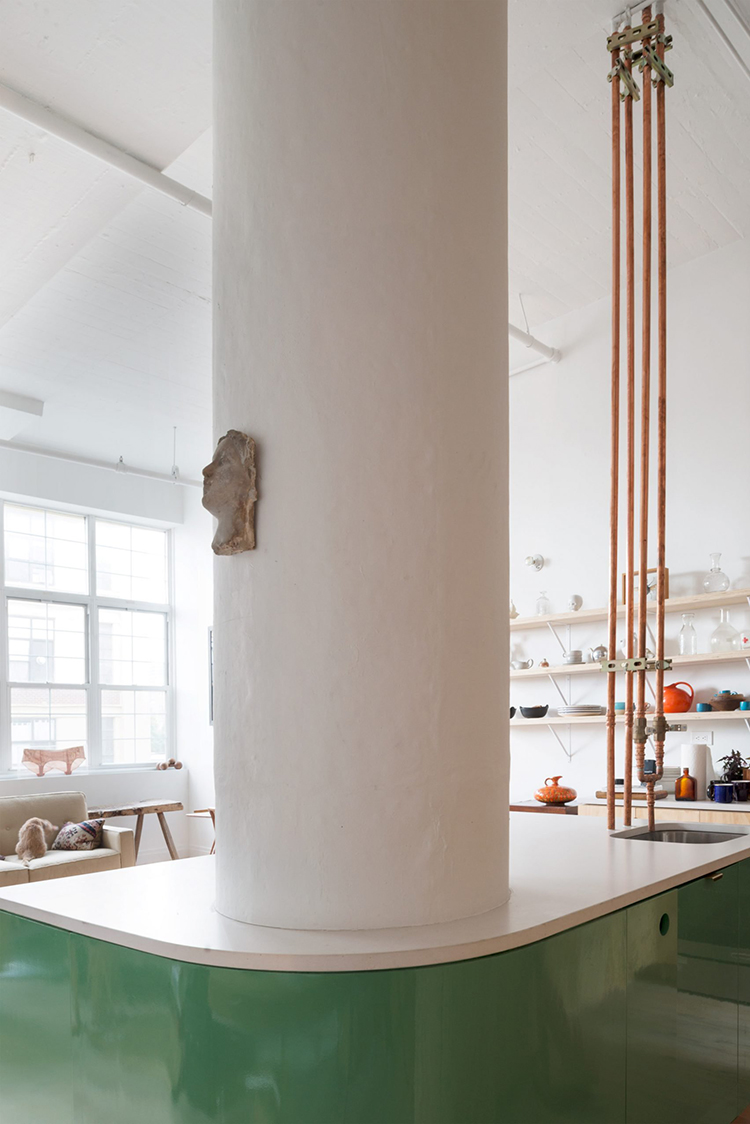 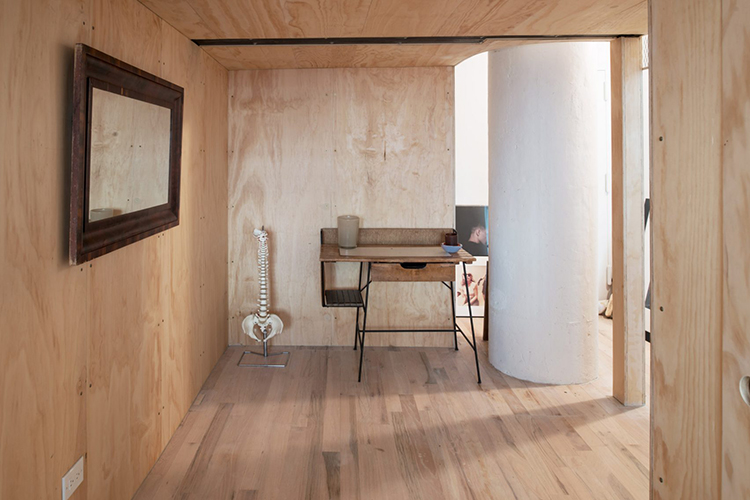 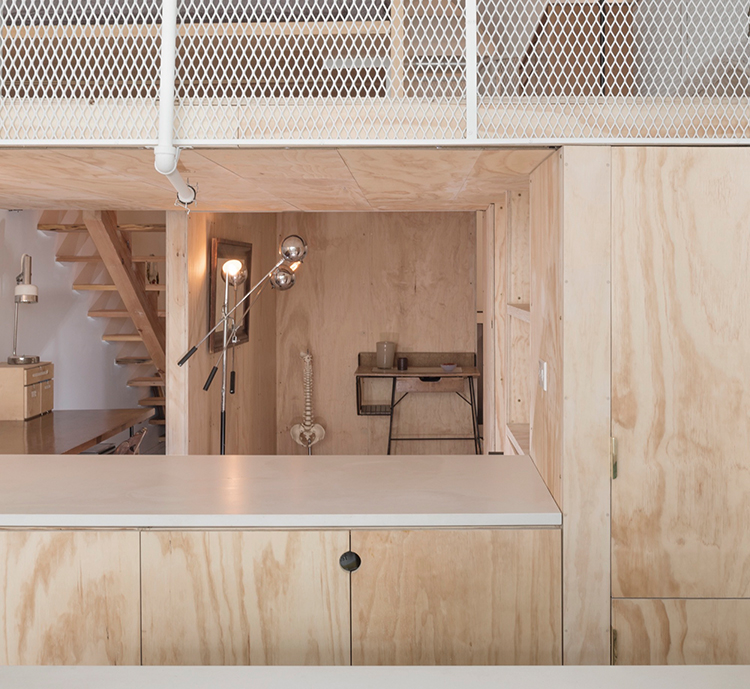 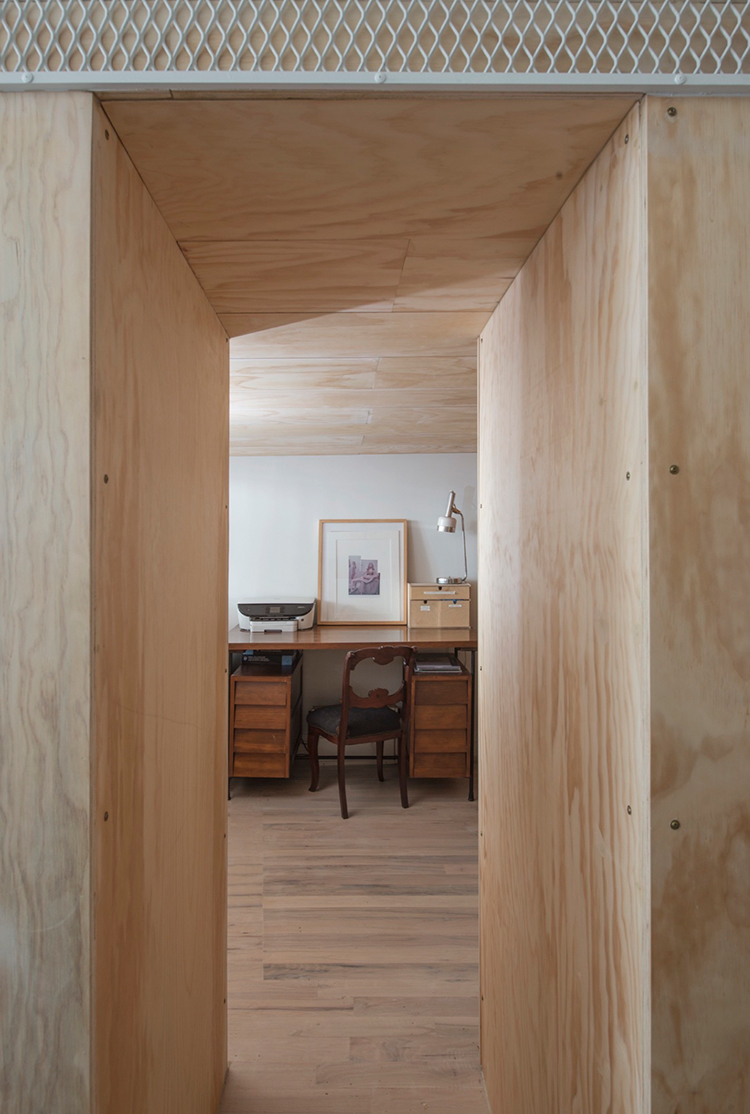 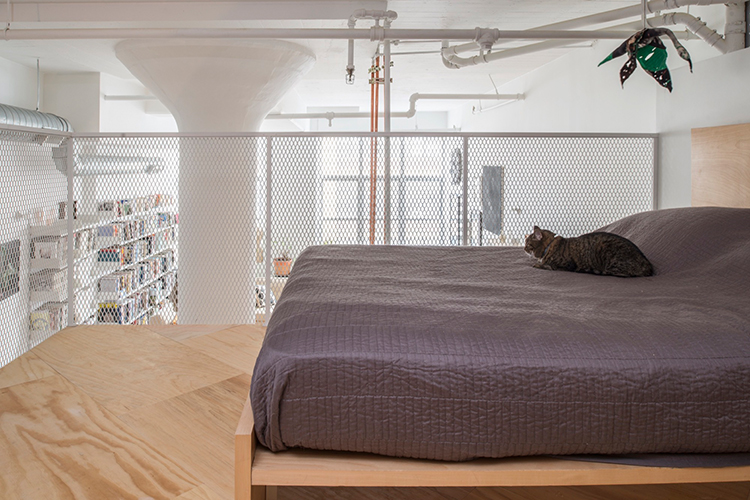 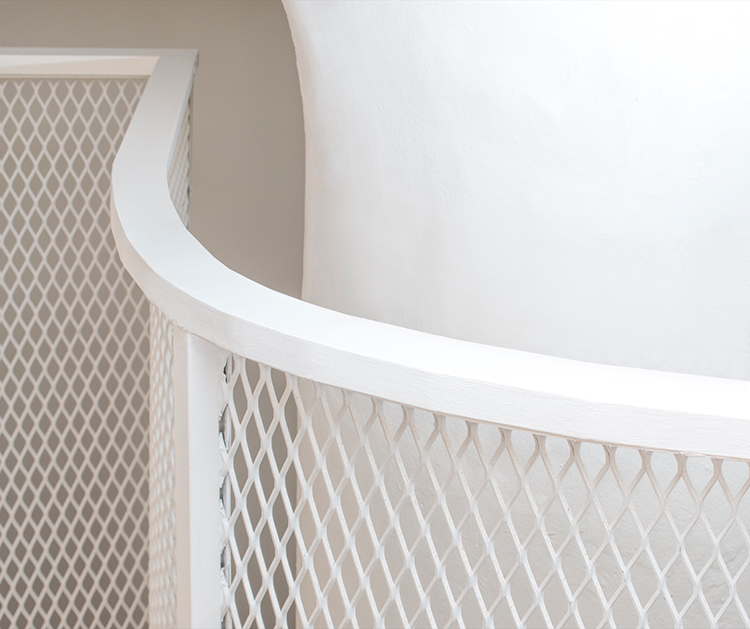