Apple has unveiled the Apple Michigan Avenue, its newest and most ambitious store, designed by Foster + Partner specifically for this riverfront site. In order to minimize the boundary between the city and the bordering Chicago River, the sleek building features glass walls while the roof is crafted from thin carbon fiber in order to be as unobtrusive as possible. 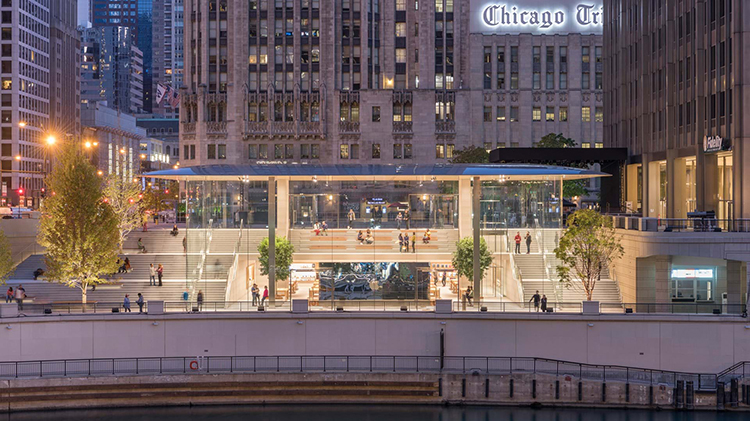 “When Apple opened on North Michigan Avenue in 2003, it was our first flagship store, and now we are back in Chicago opening the first in a new generation of Apple’s most significant worldwide retail locations,” said Angela Ahrendts, Apple’s senior vice president of Retail. “Apple Michigan Avenue exemplifies our new vision where everyone is welcome to experience all of our incredible products, services and inspiring educational programs in the heart of their city. We can’t wait to welcome the community for opening weekend, and to launch ‘The Chicago Series’ with our incredible local partners on Monday.” 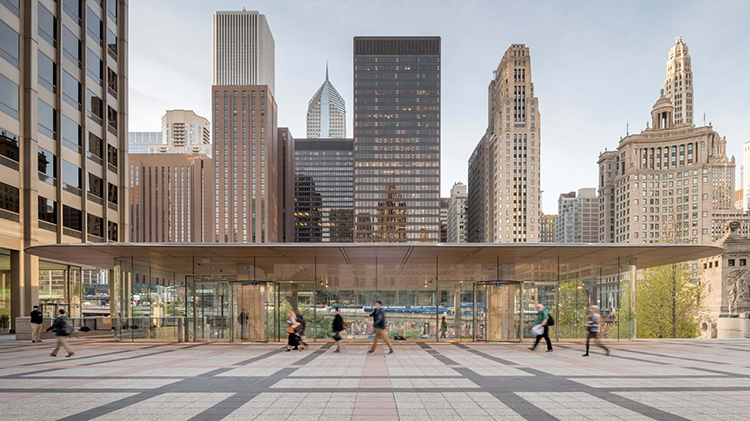 Chicago’s connection to its river runs deep and Apple Michigan Avenue adds new access to the riverfront from Pioneer Court. The two are now linked by granite staircases on both sides of the transparent store, opening up views from the plaza to the river and beyond. Apple worked closely with the City of Chicago and referenced historical records to develop a store design specifically for the site on which it sits. 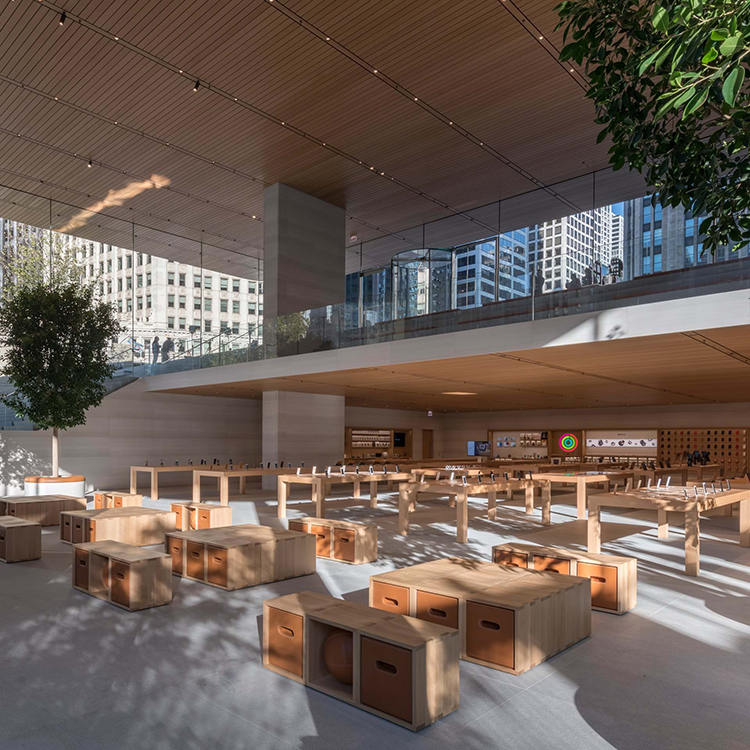 “Apple Michigan Avenue is about removing boundaries between inside and outside, reviving important urban connections within the city,” said Jony Ive, Apple’s chief design officer. “It unites a historic city plaza that had been cut off from the water, giving Chicago a dynamic new arena that flows effortlessly down to the river.” 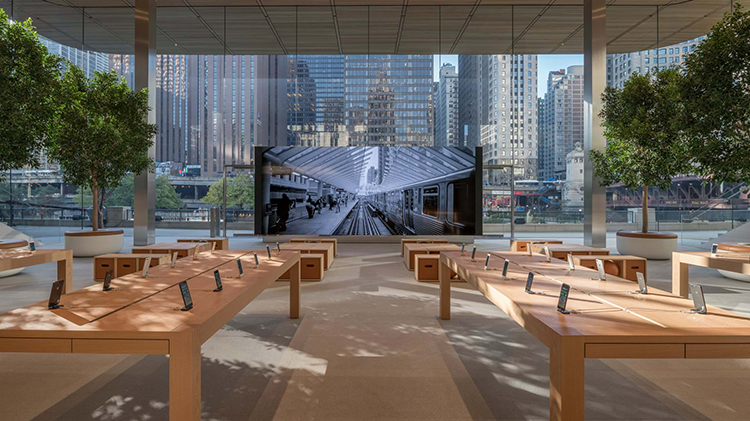 Every design feature serves to minimize the boundary between the city and the Chicago River. Even the building’s 111-by-98 foot carbon-fiber roof was designed to be as thin as possible, and the entire structure is supported by four interior pillars that allow the 32-foot glass facades to remain unobscured. 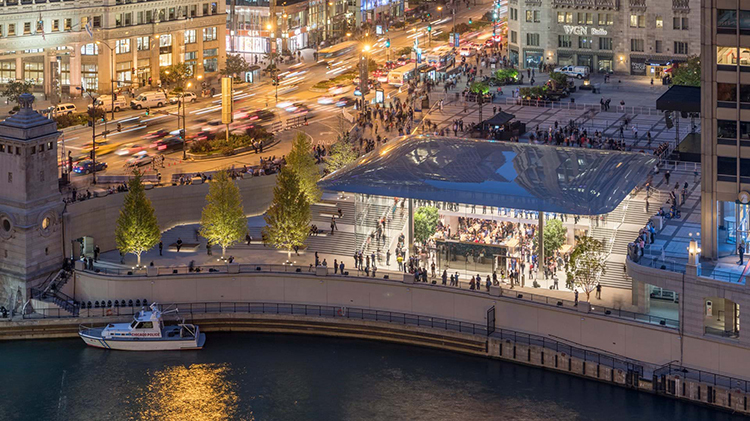 To commemorate the space’s opening, the site will host “The Chicago Series” on October 23: five free talks focusing on the space in between technology and liberal arts. Local non-profits and creative organizations jointly created the presentations with Apple to leave a positive mark on the community.