A large old flat in Madrid has been recently converted by local architect Manuel Ocaña into three luxury apartments as part of an investment real estate operation. This would usually mean that creativity is out of the game. “The more originality, the less chance of success in the market”, they say.

“The clichés that are succeeding in real estate business are modified applying some sort of technique intelligence procedures on them,” explains Ocaña. “We want to prove that this so-called ‘Aesthetics of Capitalism’ is not a problem itself for the committed architect. It is all about working the finishing, assembling and, last but not least, the design.” 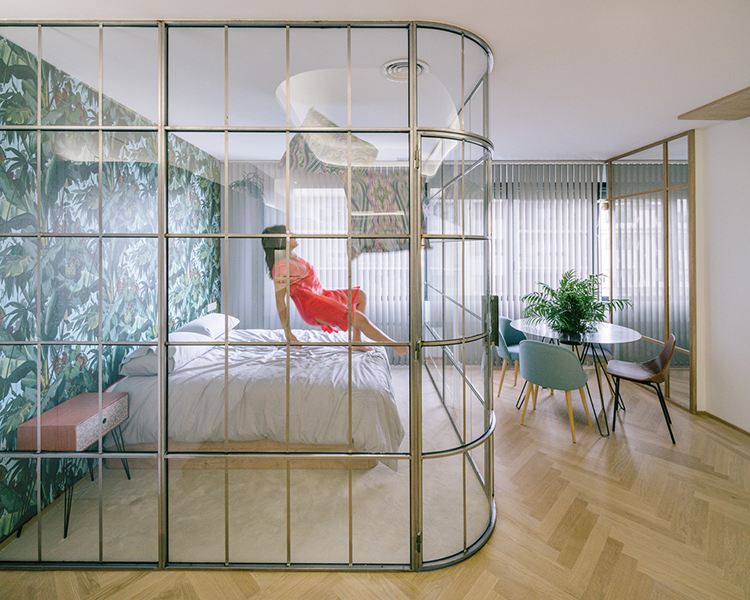 There are two main concepts in all three apartments. The first one is the systematic diagonal distribution, consisting of two rooms with four millimeters thick glass walls, both bathroom and bedroom. The second one is the definition of the main space by convex corners, even those of the kitchen and cabinets attached to the perimeter walls.

“We want to prove that architecture can be academically worthy while working with a tendentious repertoire,” adds Ocaña. “It is only about including some original thinking in it, which allows a common project of vintage figurativism to be a special and committed architecture work.” 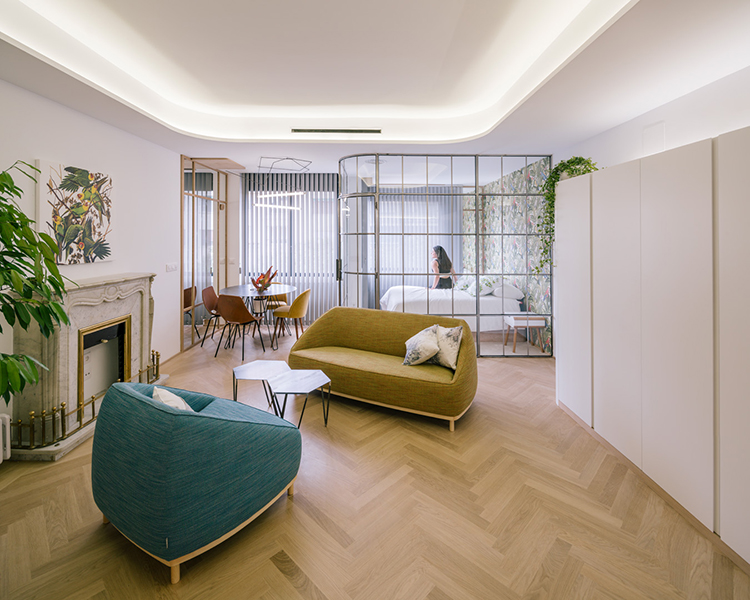 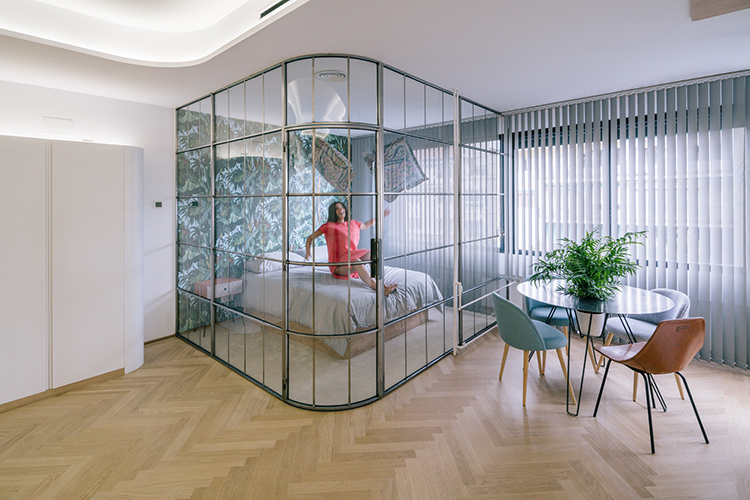 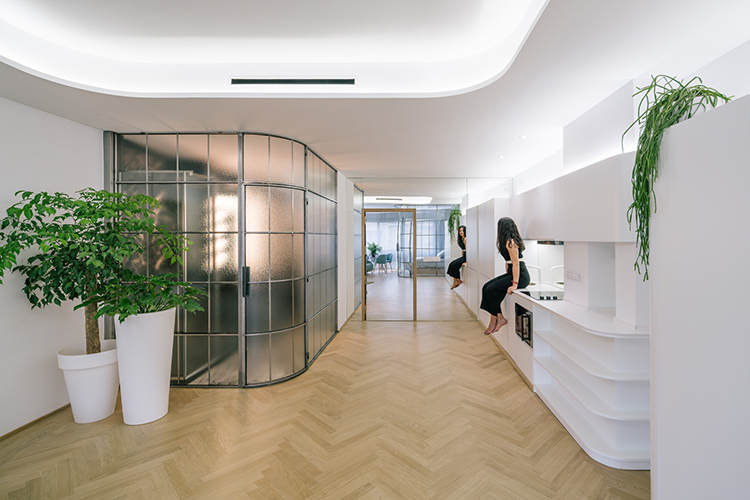 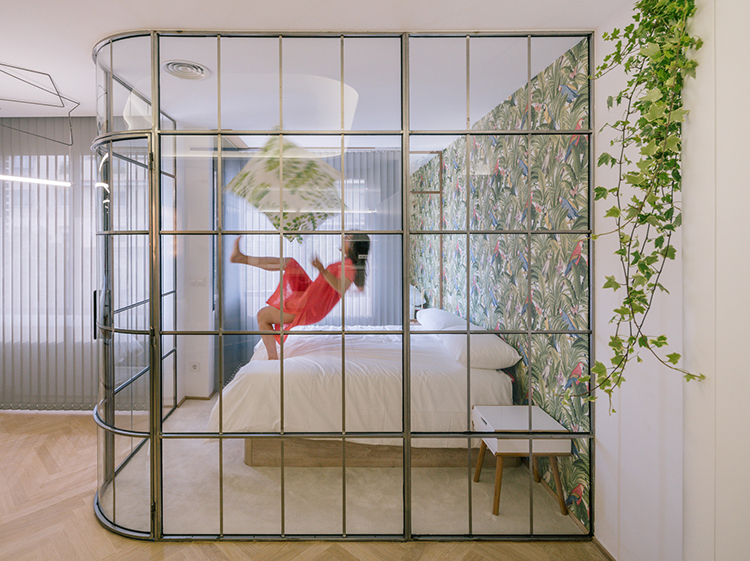 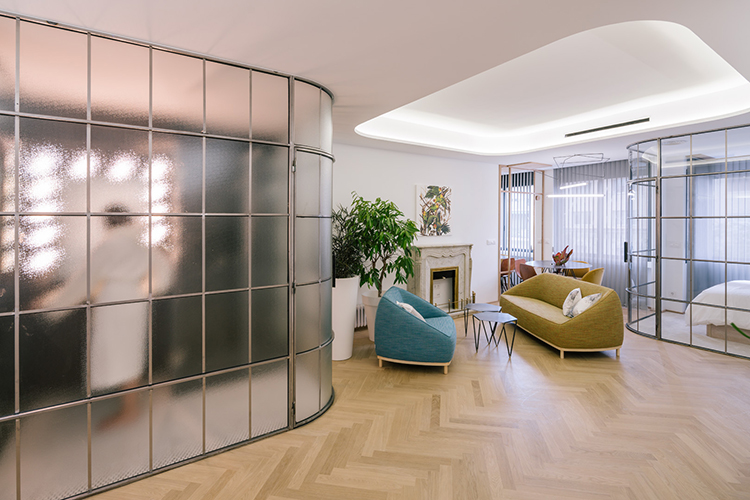 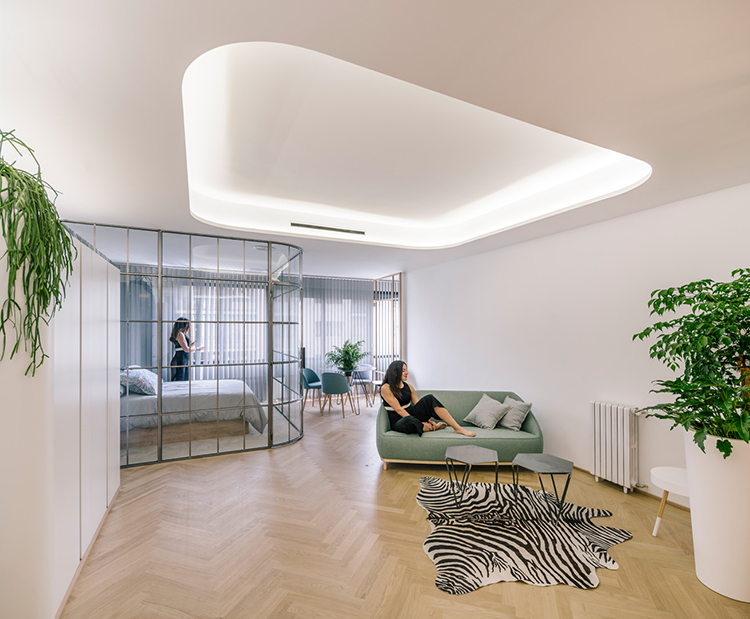 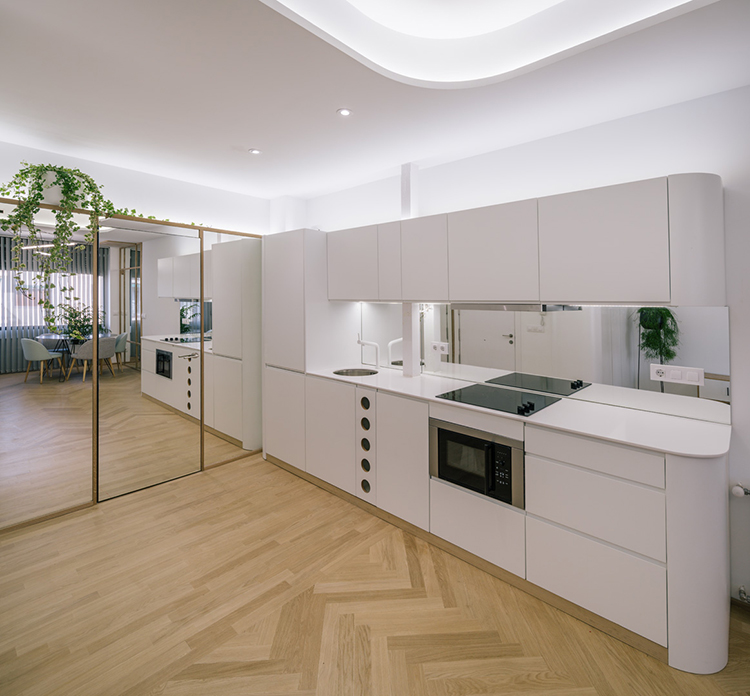 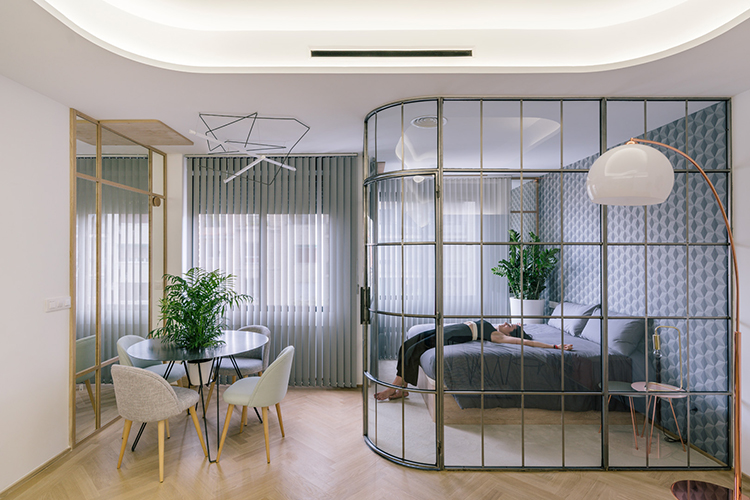 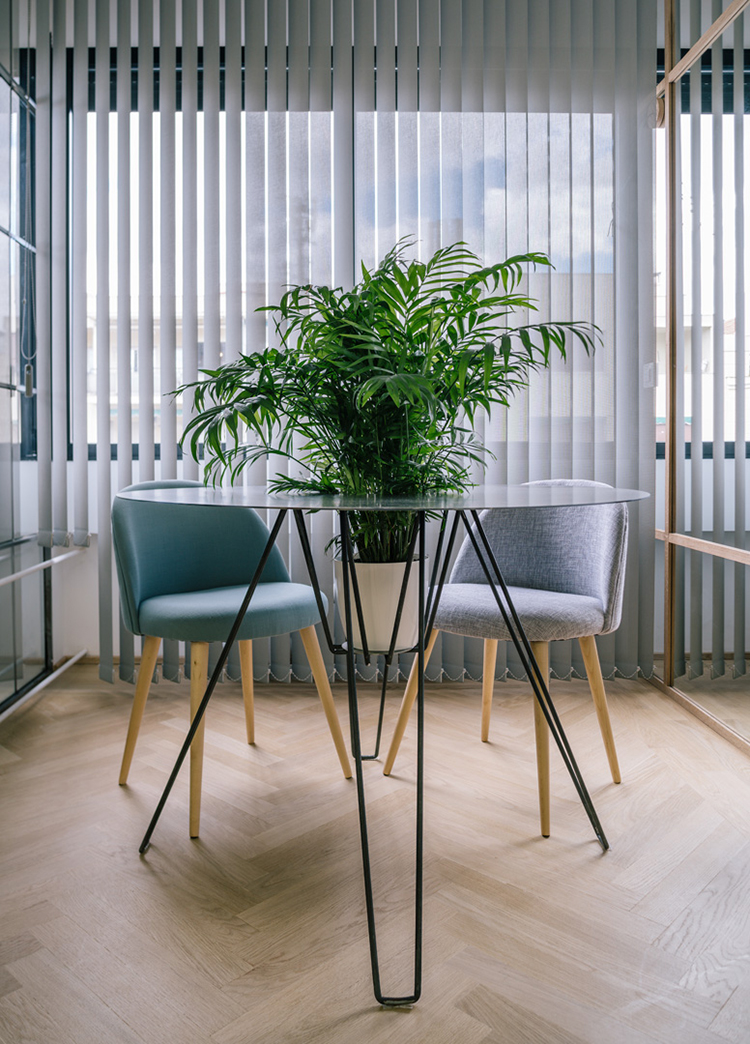