Israeli architect Yael Oppenhaim, founder of YOOLOPP architecture & design studio, has recently refurbished this old 70 sqm flat in the heart of Tel-Aviv. The apartment was purchased for living purposes by a young single woman. The current layout was old, closed and segmented and did not suit the needs of the client, who opted for a large kitchen, a spacious washroom including a full-size bathtub, a bedroom, a study and a central living space. Designing for one person, enabled a more open layout, with less partitioning resulting in larger airy spaces. 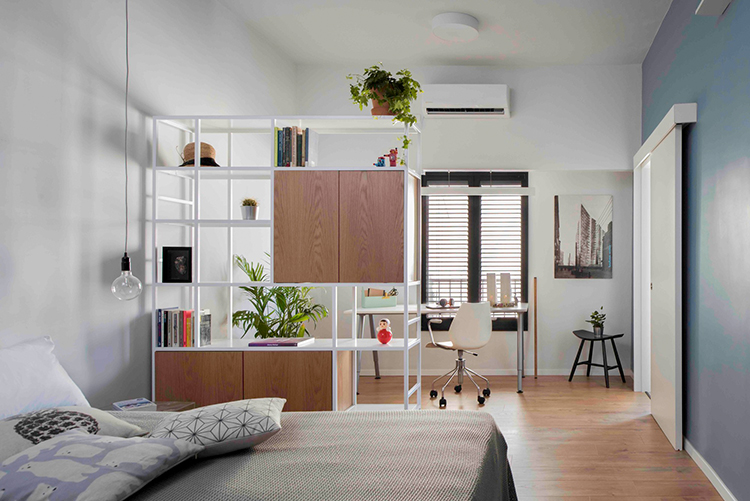 In order to open up the closed-in apartment and to gain more ceiling height, the architect decided to break down the ceiling storage spaces, from the closed balcony and above the wet rooms. She also took down the wall partitioning in dividing the rooms, which led to two large main areas, one for the private and work area and one for the living area. 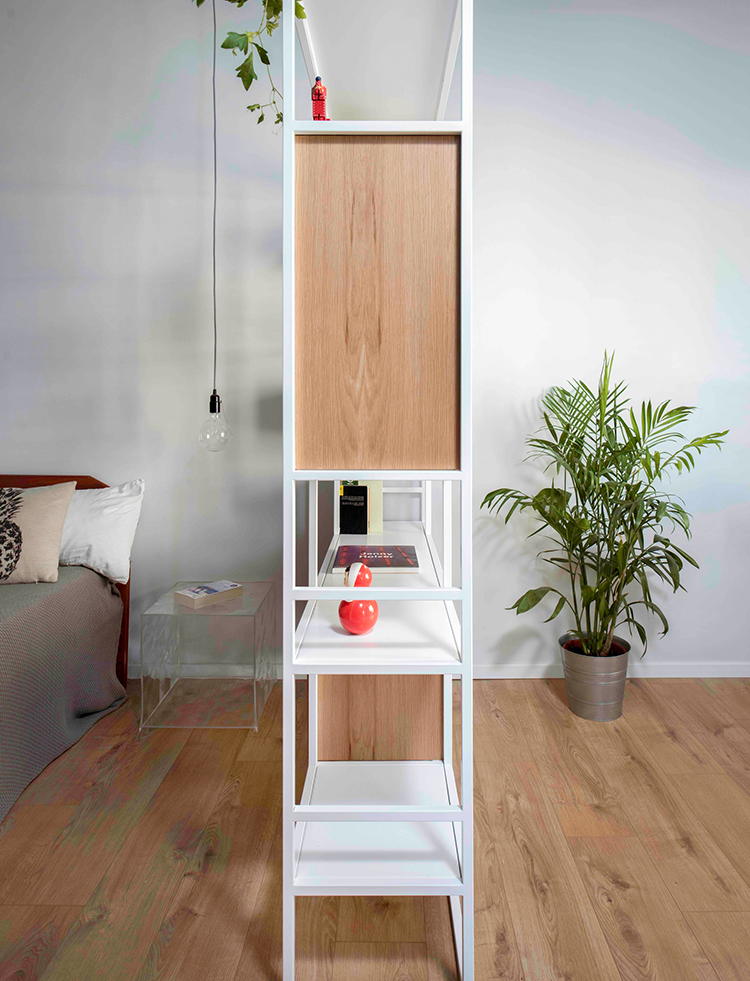 From the new main area, that previously contained the living room and the closed balcony, Yael opened up part of the balcony back to an open-air balcony, to allow for some greenery to be planted and by doing so, creating a privacy barrier from the neighbors and green nature views. 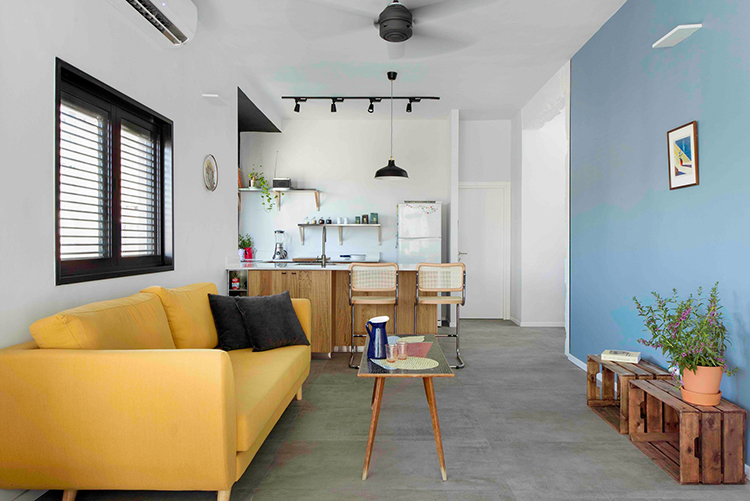 The new private space, that now contains the sleeping area and work area, share one window. The space was divided by a custom designed vertical partition, which allows for air and light to go through from the workspace to the sleeping area, without having to compromise on fitting the two functions in one large open space. 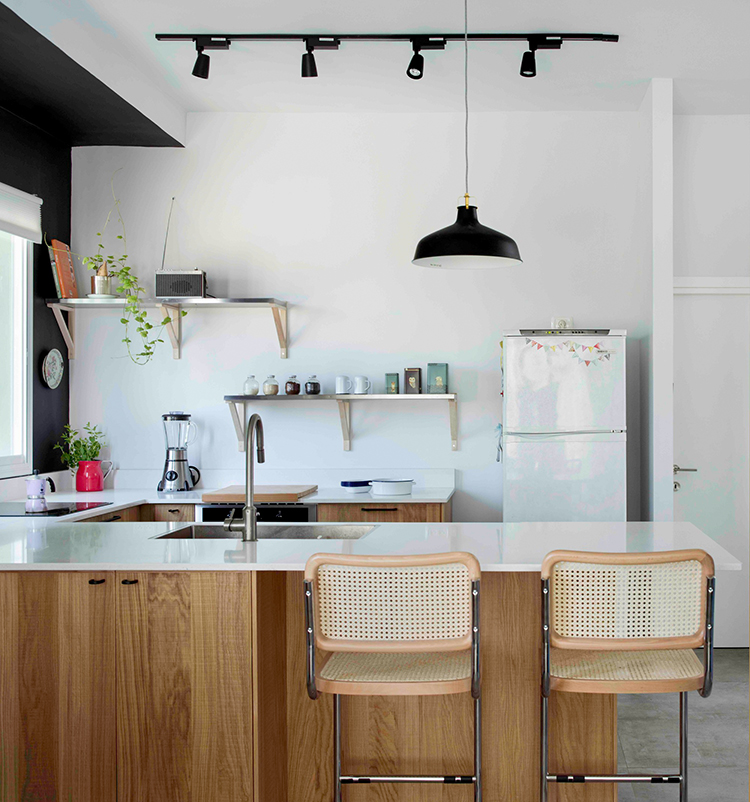 To avoid a very long process and to reduce the work costs, the architect decided to leave the sanitary fixture locations where they were originally planned. After opening up the closed ceiling space, what used to be a toilet, washroom and back service area were turned now into a large big open bathroom containing also the service functions. By removing the walls between the different functions, the room has become more airy and light. The existing louvers that have now become part of the bathroom were newly painted with Pistachio green color, which contributes to the new fresh feeling of the room. 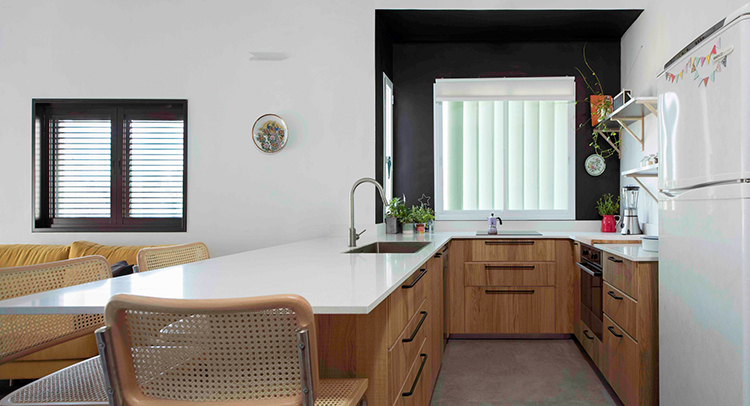 In the kitchen, she also decided to keep the infrastructure in the original location. The old closed kitchen was replaced by an open kitchen to the living room, allowing for cooking and preparing while entertaining and socializing at the same time. The new kitchen contains a large U shape working space that is spread over 3 sides. One of them is deeper and shared with the living space and is used as the dining area, as well as allowing for more storage space towards the living room. Here too the existing louvers were repainted from the inside which adds a fresh green element to the space.

The outcome is a light open and airy apartment that answered beautifully the new owner’s desires: being functional, esthetical and spacious. 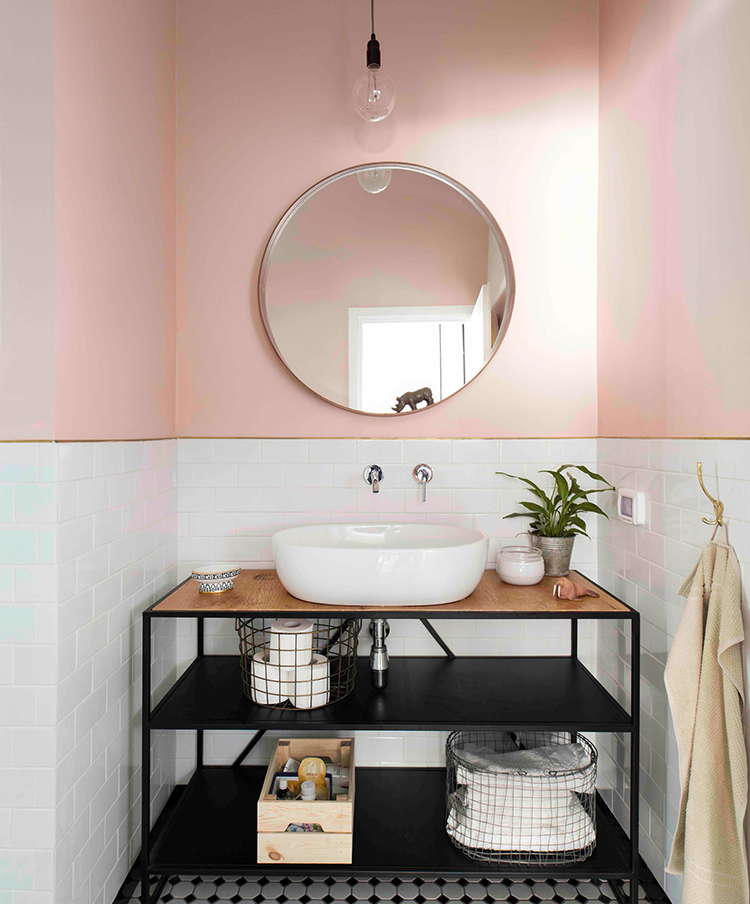 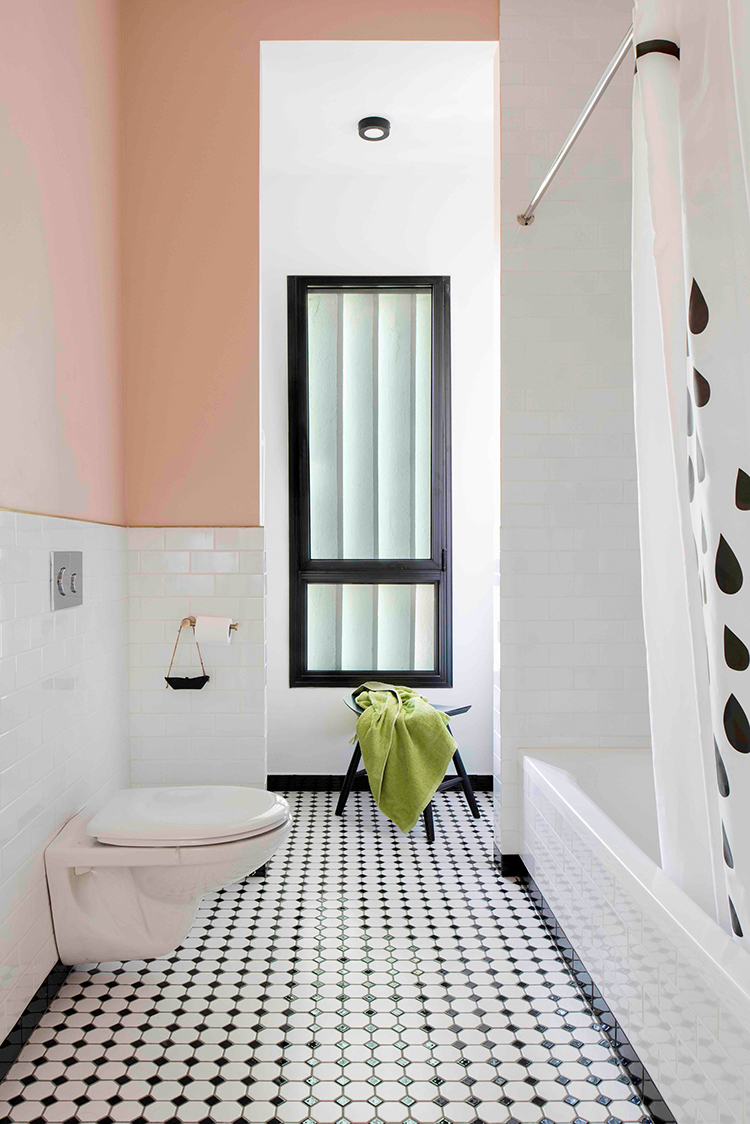