Canadian architecture firm StudioAC has recently renovated this house in Toronto using a plywood volume to add storage space. “Rather than imagine a home comprised of rooms within an open plan we conceived a room revolving around a singular mass,” said StudioAC. “The ‘mass’ presents the aesthetic grounding for the project while also containing all of its support functions in a clean plywood wrapper. 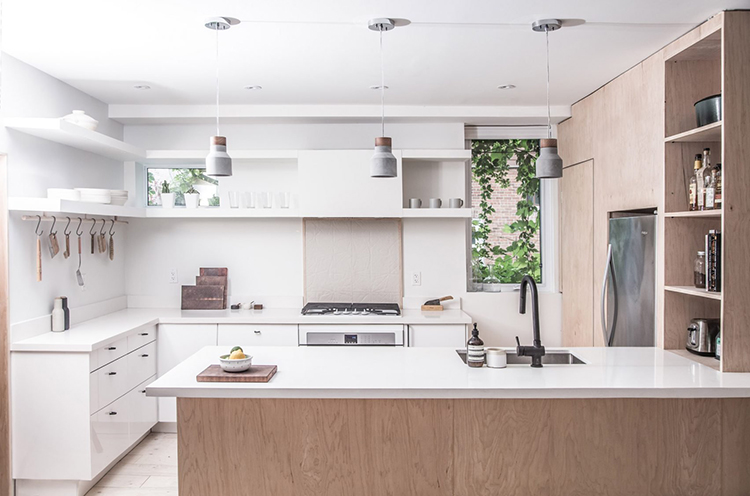 The plywood volume is used to lengthen the relatively modest floor plan that contains the living, dining, kitchen and entry. By stretching itself across the programs and extending the kitchen surface, the plywood volume creates a functional graphic that leads the eye across the space. While the mass acts as an aesthetic tool it also contains a foyer, closet, stairs, kitchen and even it holds a small house-shaped nook where Rusty can sleep. 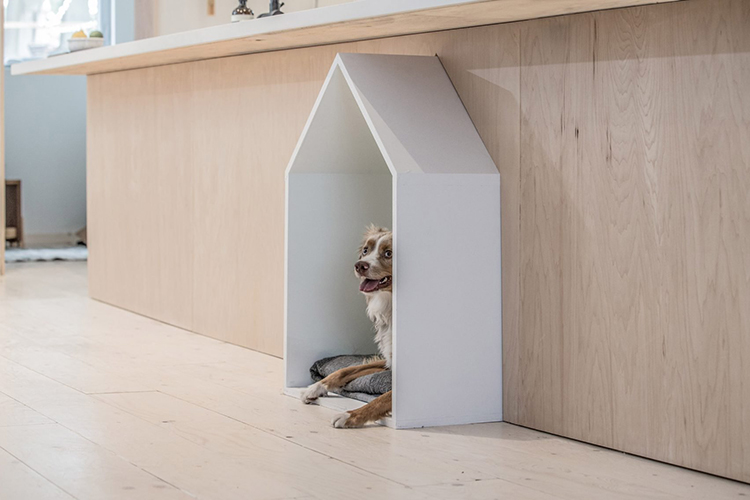 “The genesis of producing a space for the pup came out of a simple line in the brief, requesting we consider a space for a dog bed,” the studio said. “With such a modest amount of space it wasn’t an insignificant request.”

As the design of the plywood piece progressed an opportunity was observed at its centre to produce a moment of delight and fun while also making better use of the overall floor plan. “We stuck with the prototypical form and finished the dog house in white paint so it can pop against the plywood mass it lives in” the architects conclude. 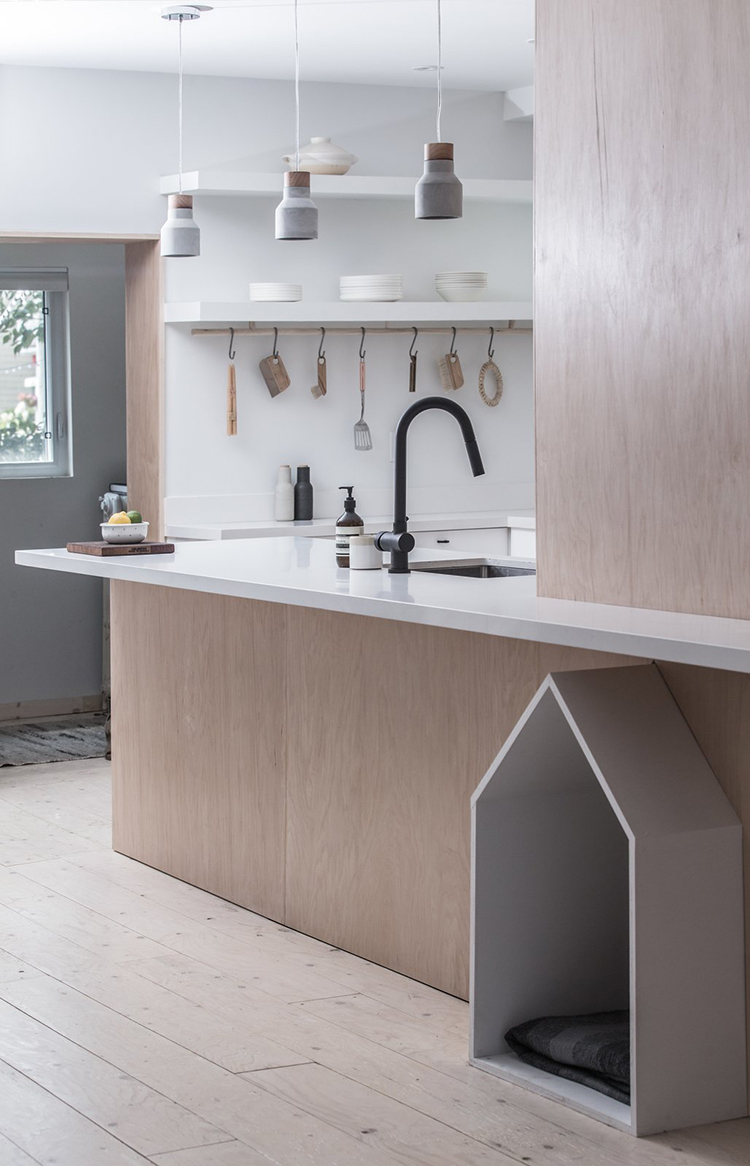 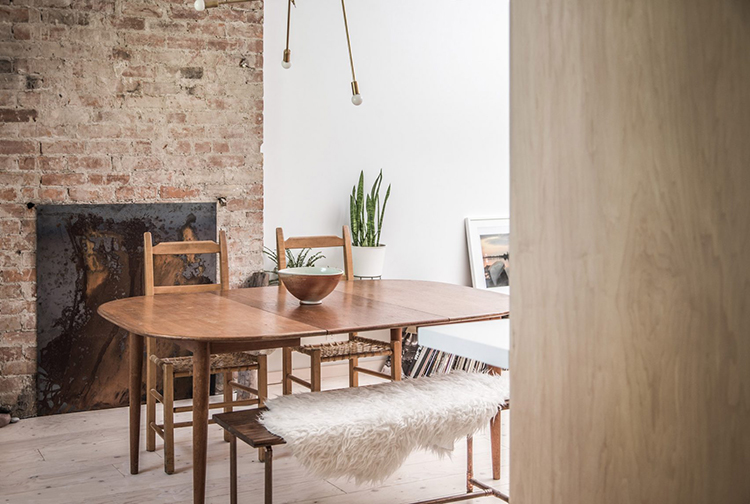 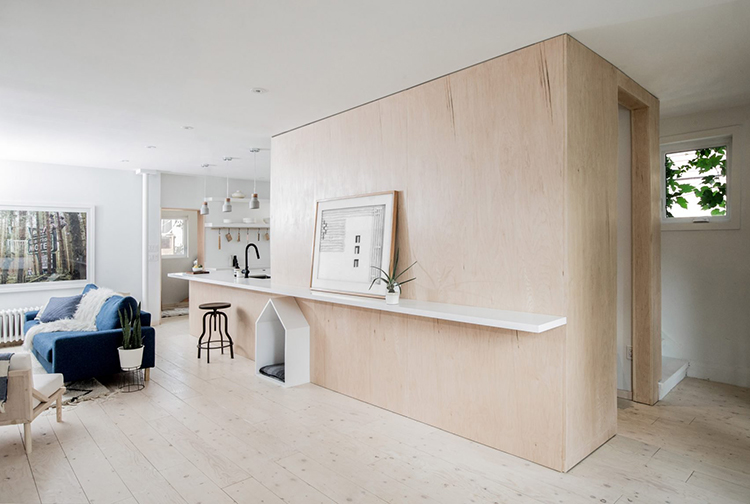 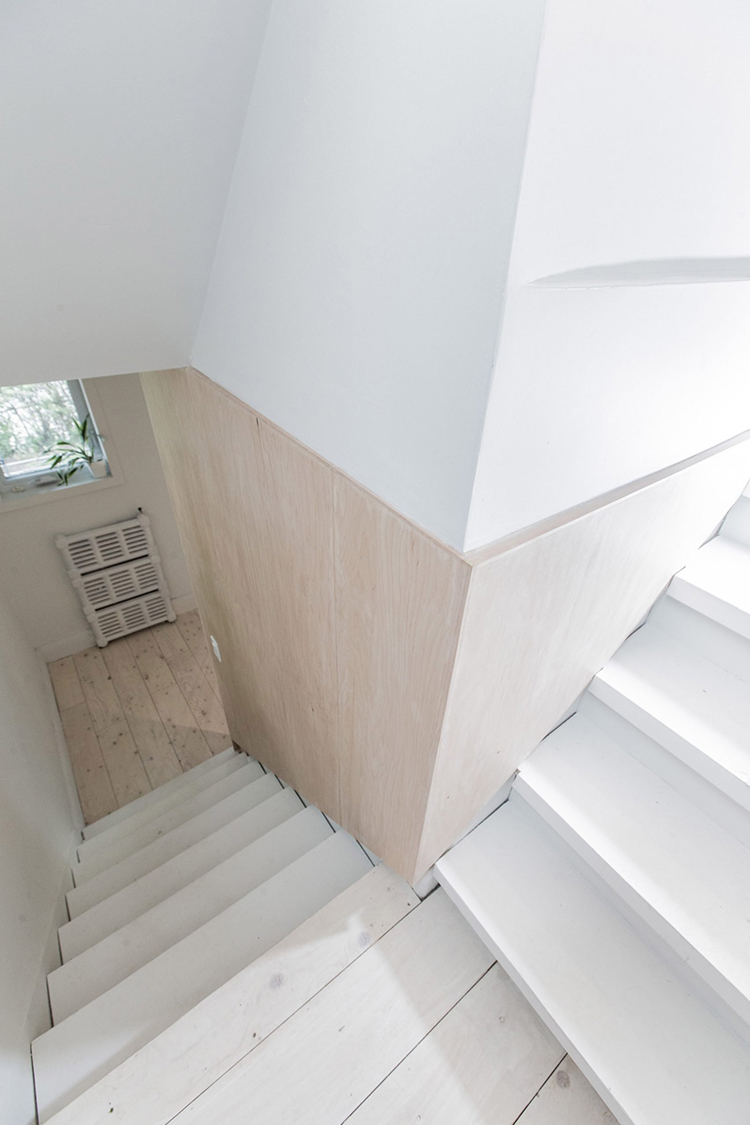 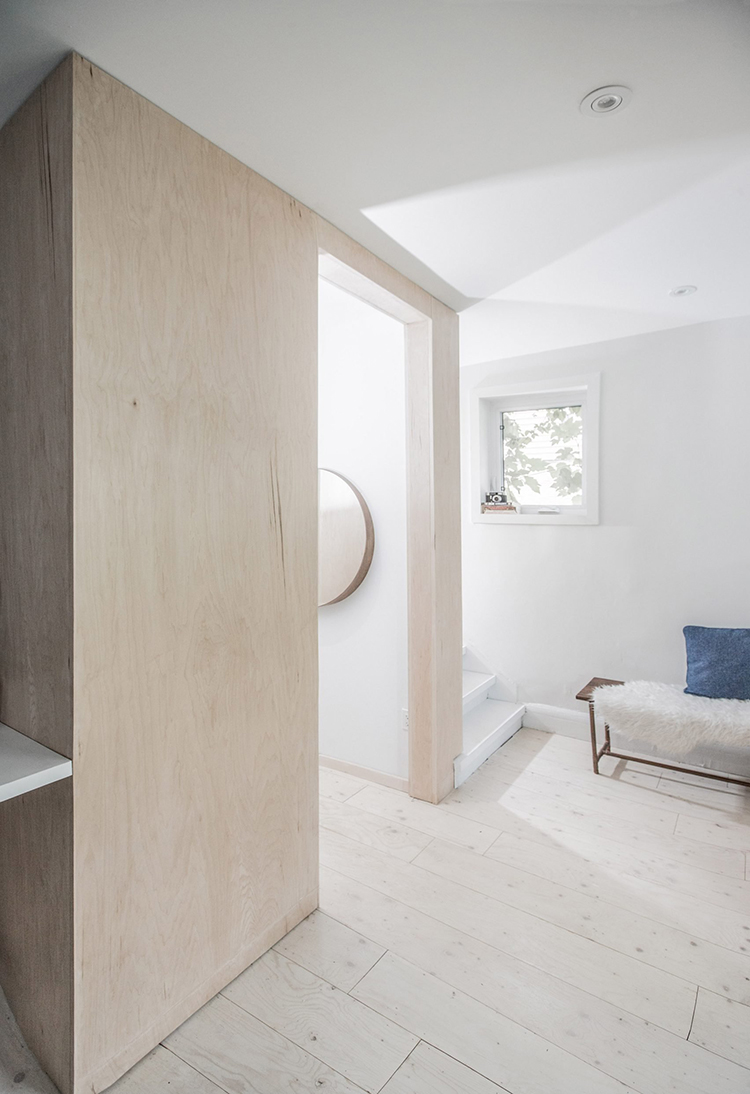 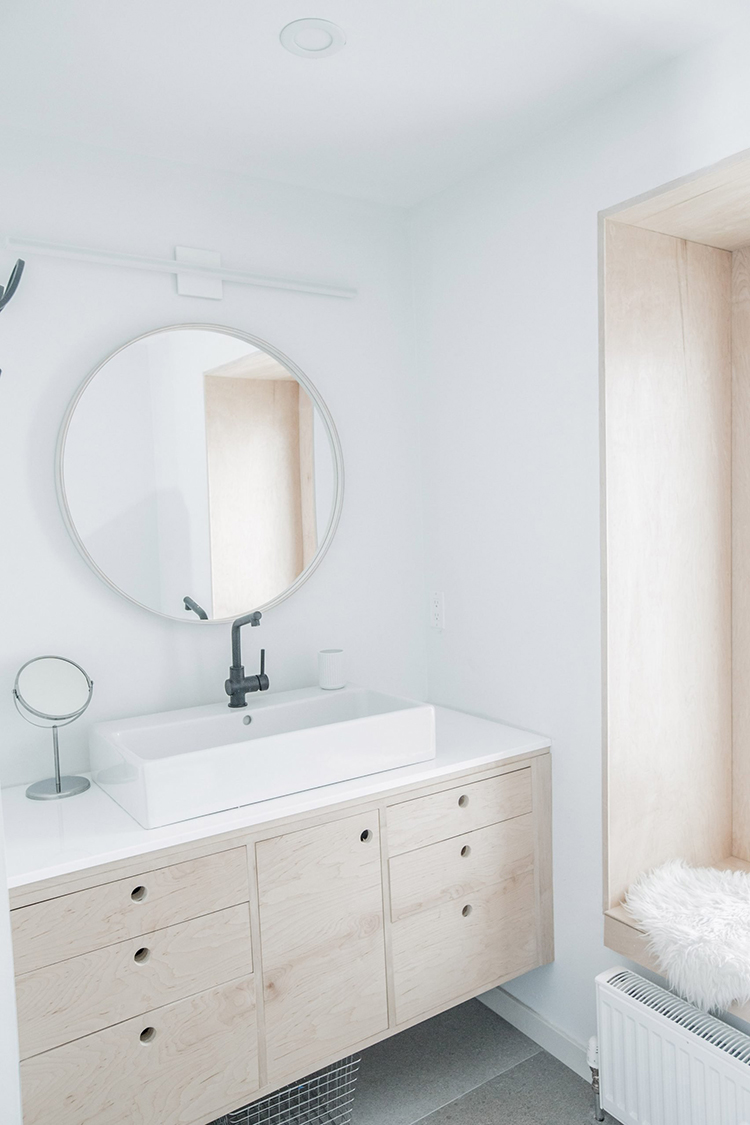 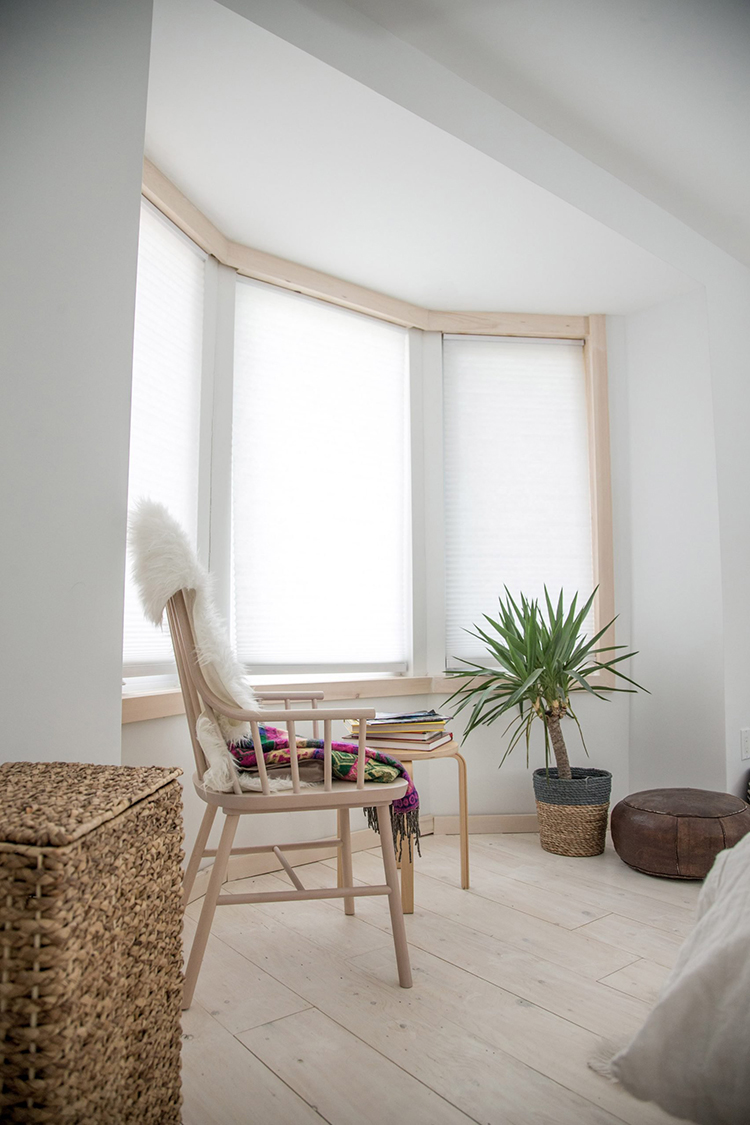