Australian firm Luigi Rosselli has designed the Books House, a private residence on the northern side of Sydney’s harbor. The owner, a calligrapher, handed three books to his wife, that she placed them in a random stack on the table… “We want The Books House”… they said.

The Architect understood that the books were not only a reference to a home he had previously designed, but also to the ledges and shelves of Sydney-Hawkesbury sandstone outcrops that surface on the steep escarpments of the northern side of Sydney Harbour, including the block of land owned by the Calligrapher and the Businesswoman. 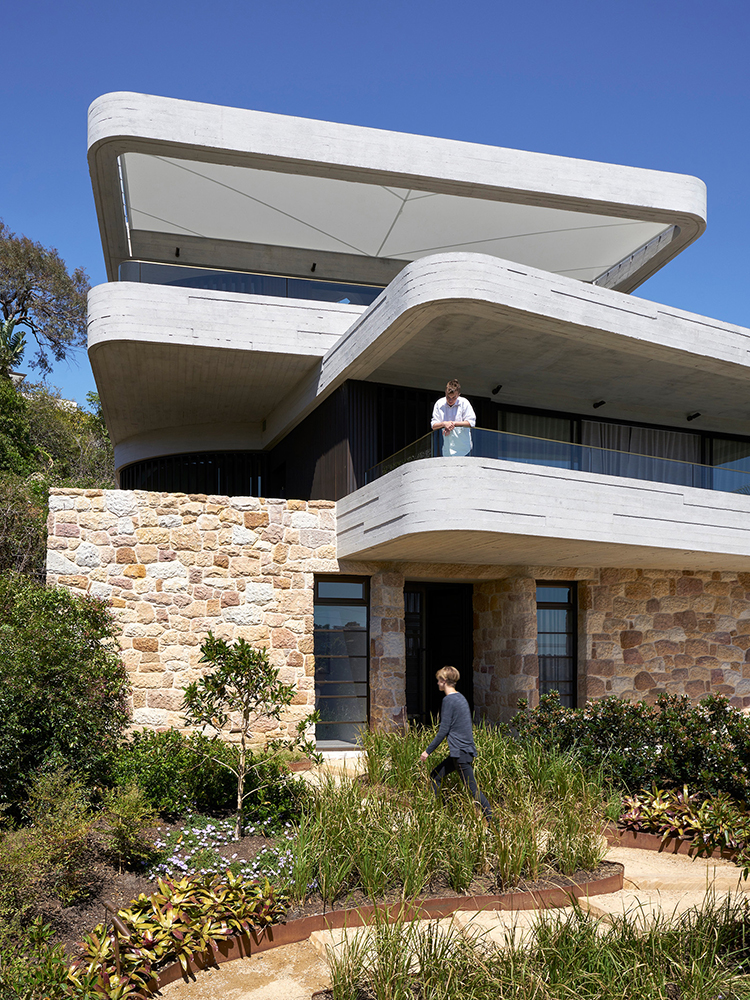 Weathered rock stratums have been replaced by off-form concrete slabs with soft edges, scissoring above a monolithic sandstone storey for the house. An elliptical concrete stair forms the pivot point of each floor of the house, anchoring them to the steep escarpment; the stair also wraps around a lift core that descends, mineshaft-like to link the rest of the house to the garage level. 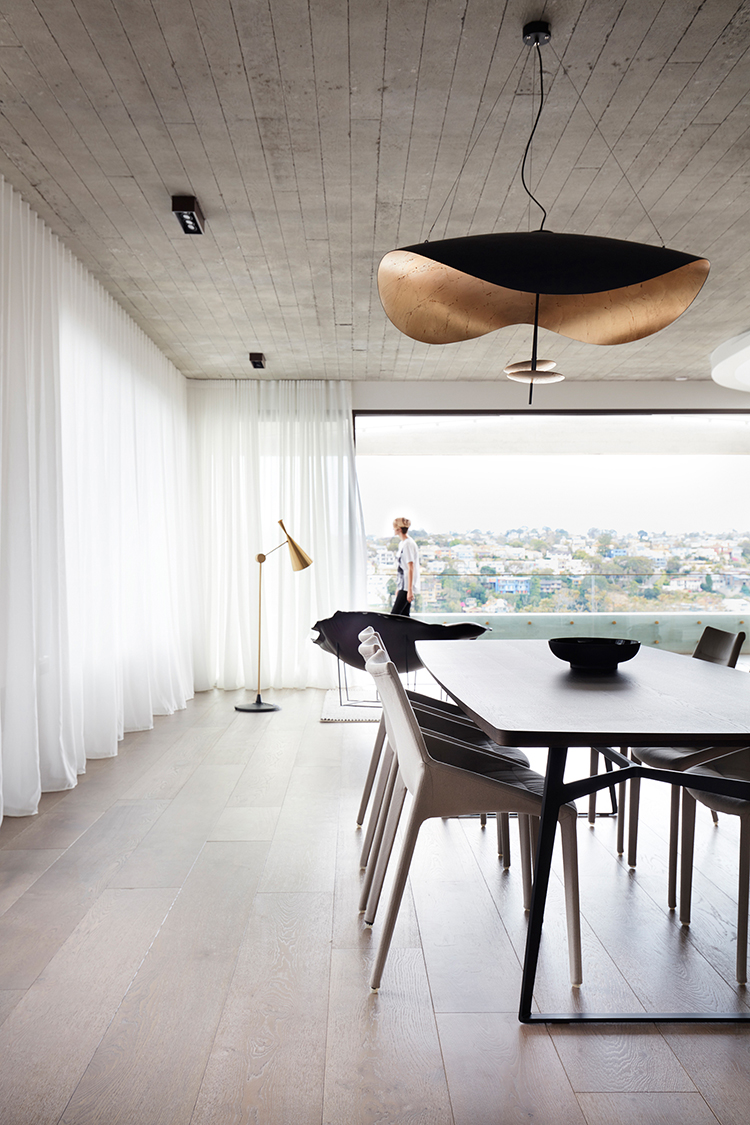 The rock is integral to the house: from the basement to the uppermost level of the home, where the sandstone formations provide an ancient geological scenography. Both the living room and the Calligrapher’s study have views of the rock face with its gently curving set of steps, expertly carved from the stone that climb to an old Frangipani tree. They also look out over a small swimming pool and a cave excavated into the cliff side, perfect for meditation and longing for a Buddha. 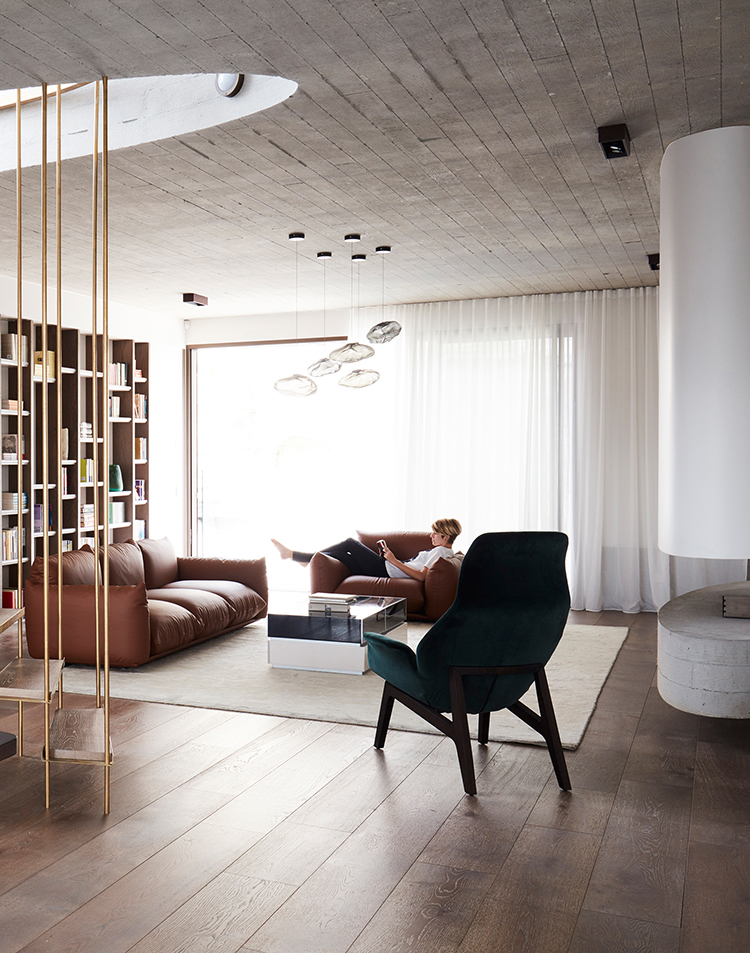 This home was designed following a reading of The Importance of Living by Lin Yutang, which is a must read in order to gain a greater understanding of the dwelling culture in China, this explains the “Dragon” path that meanders to the front door and is not just necessary to make climbing the steep hill less laborious but also to soften the approach to the house and abandon the straight geometry of the road.

Luigi Rosselli and Kristina Sahlestrom have learned much from the Chinese building culture over the course of this project’s development, and The Books house is an embodiment and crystallization of this ancient culture in stone and concrete. 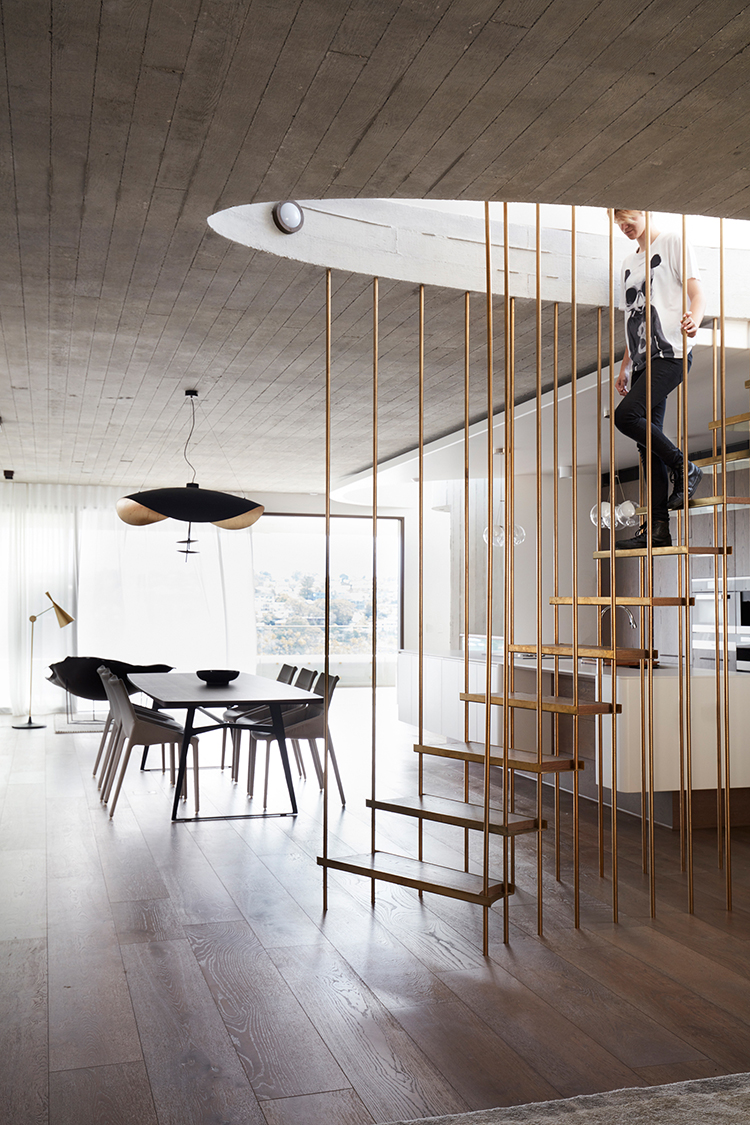 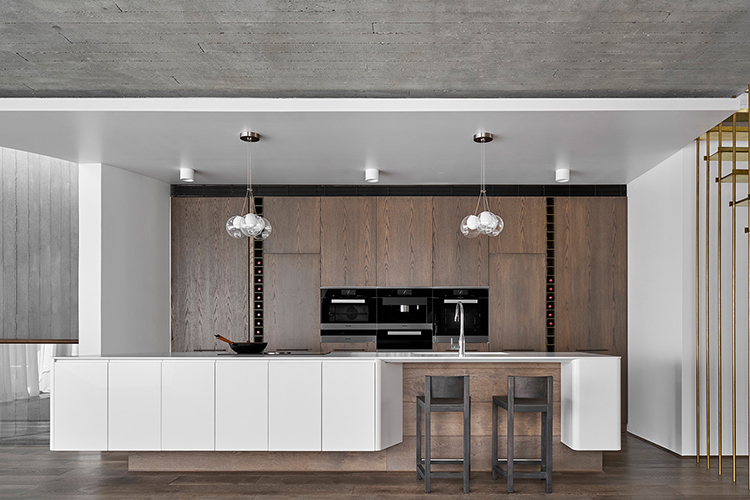 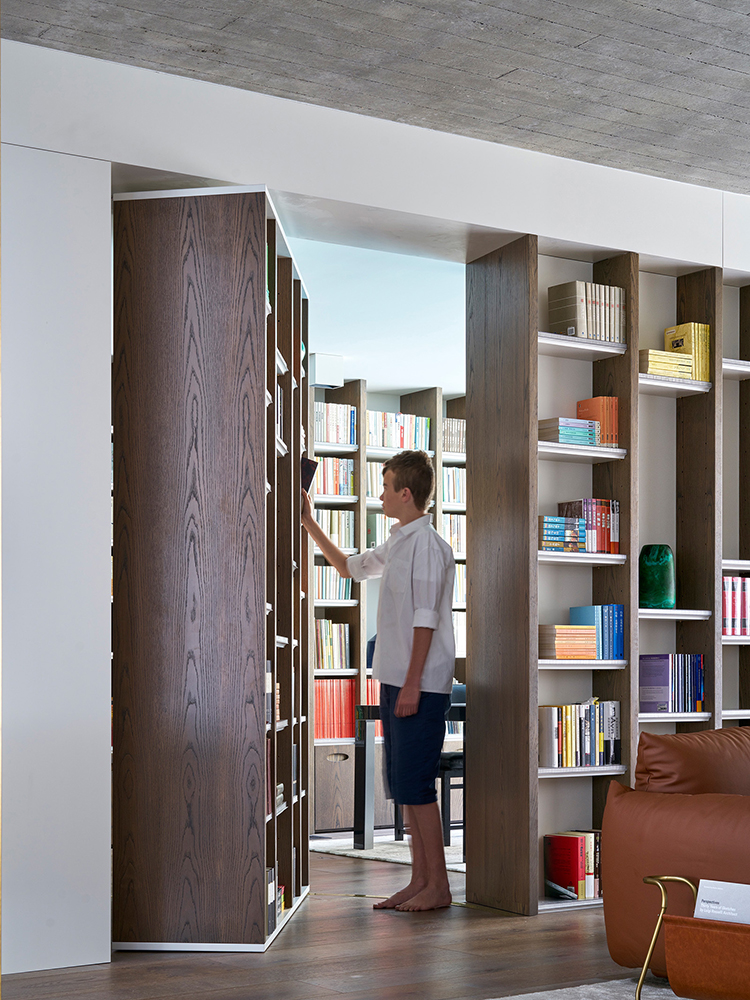 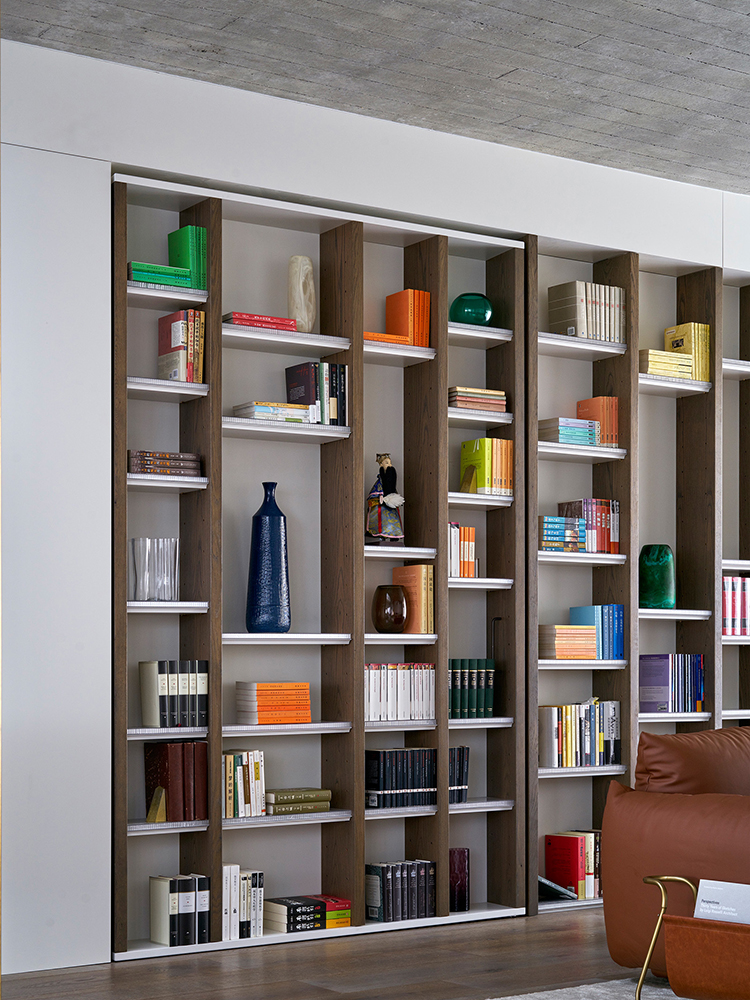 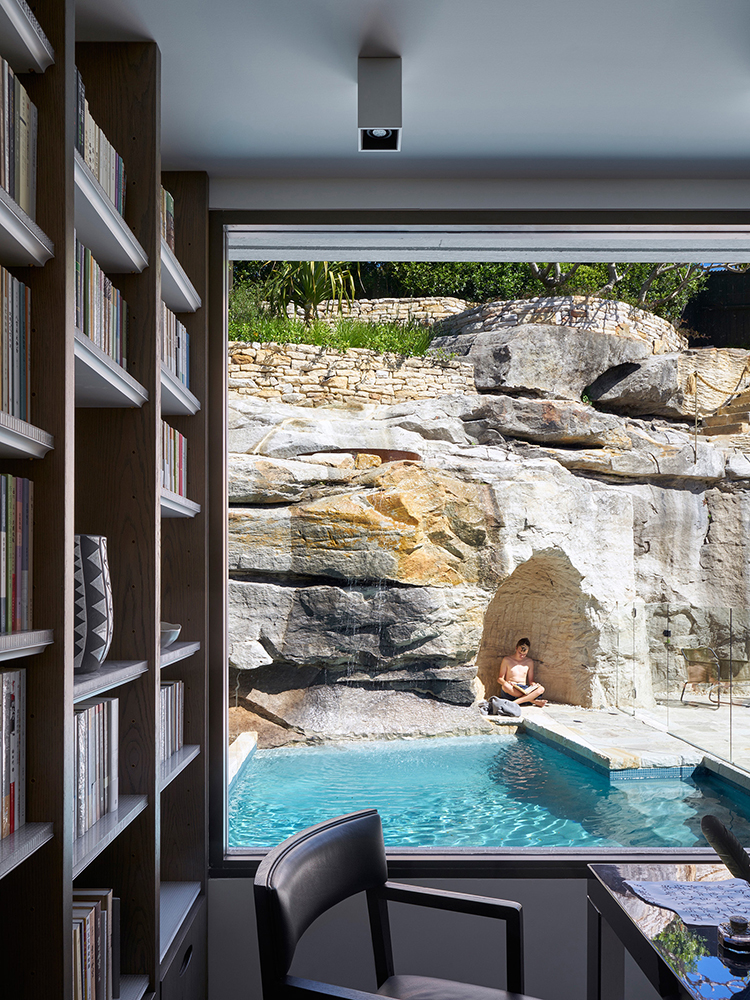 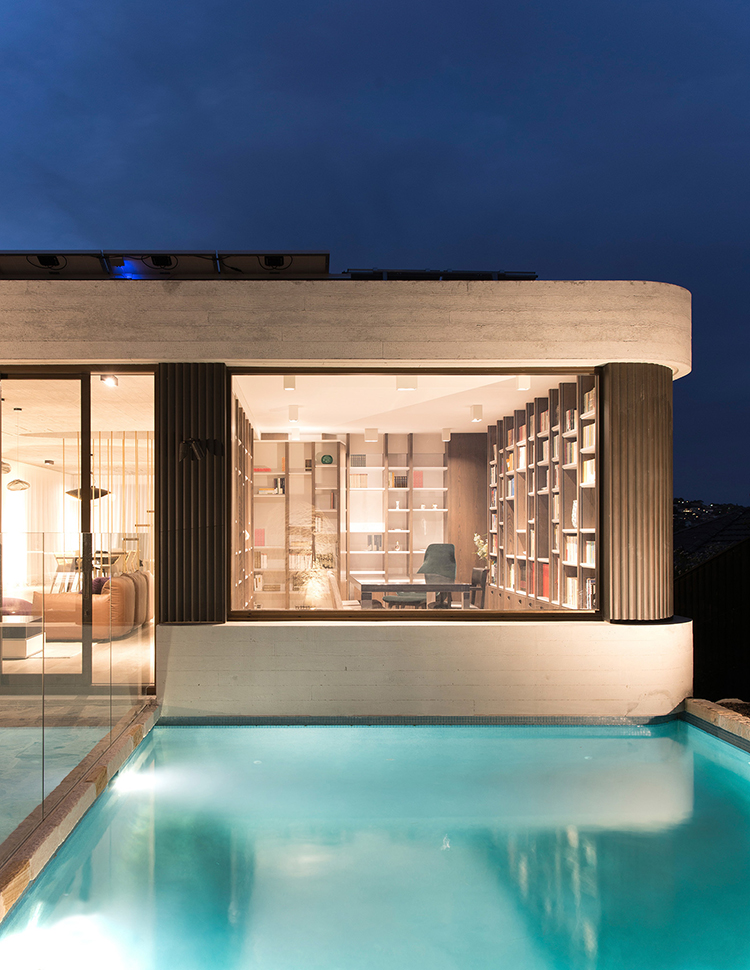 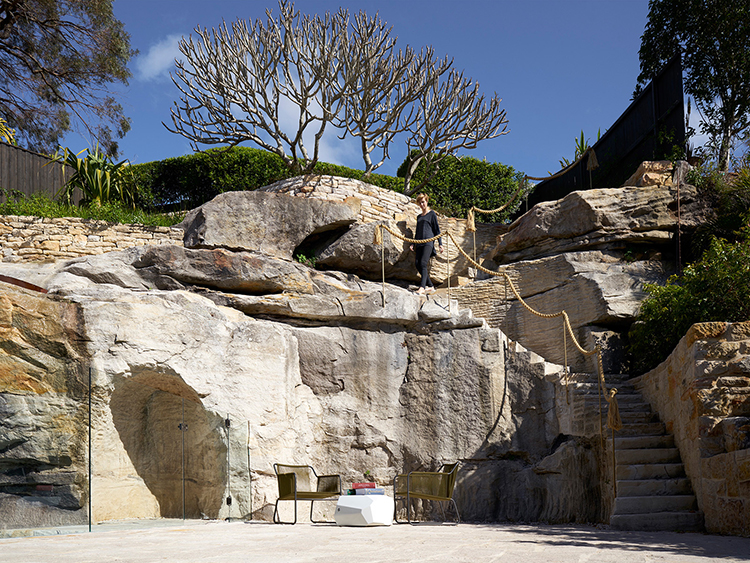 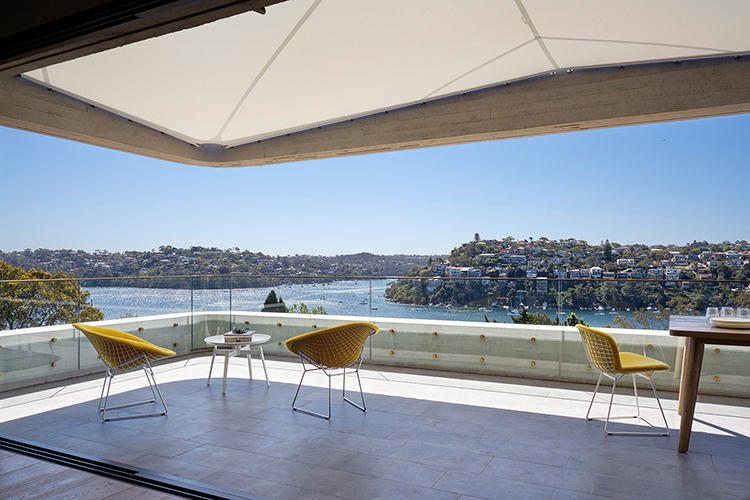 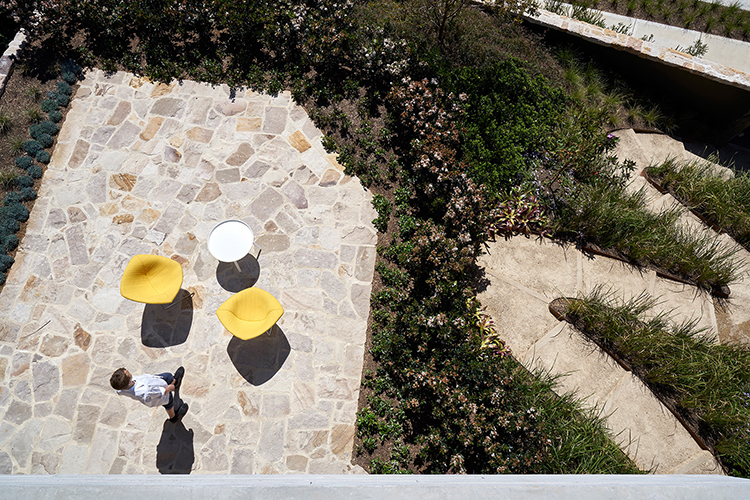 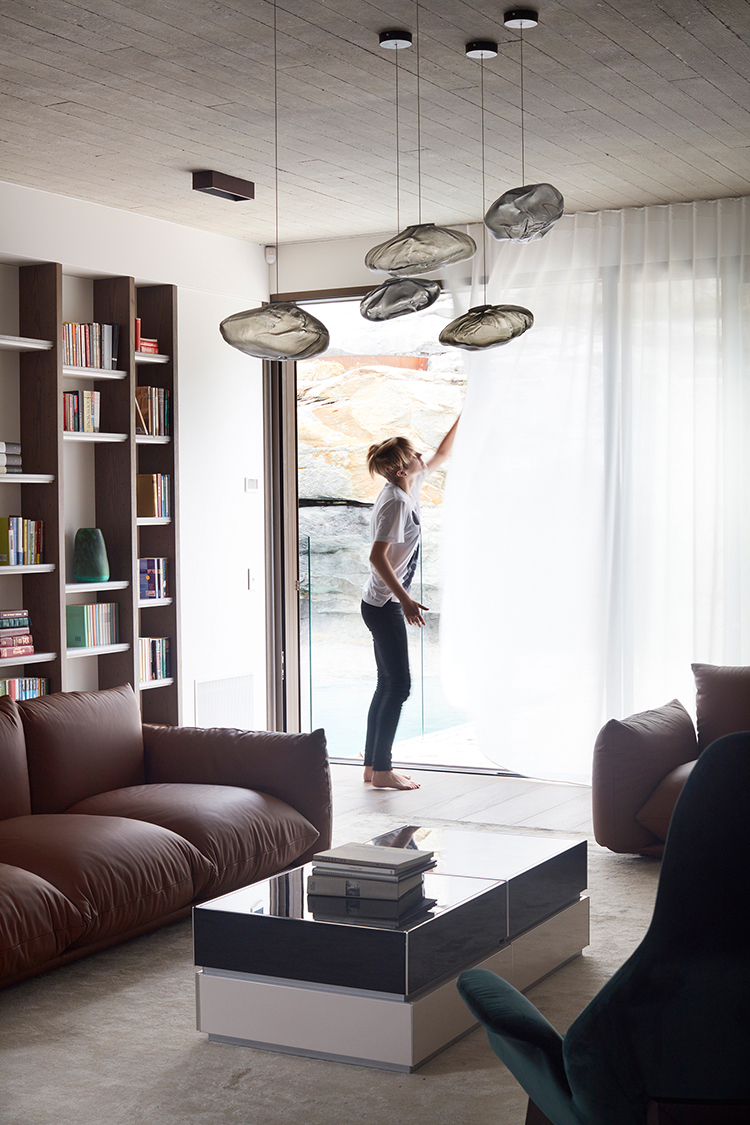 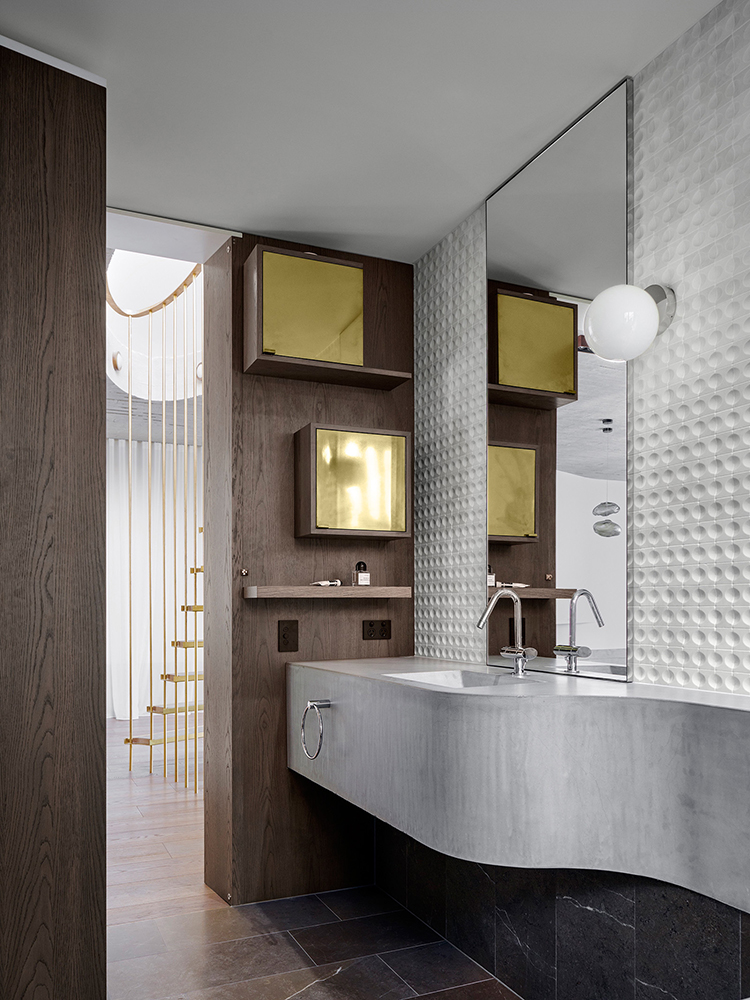 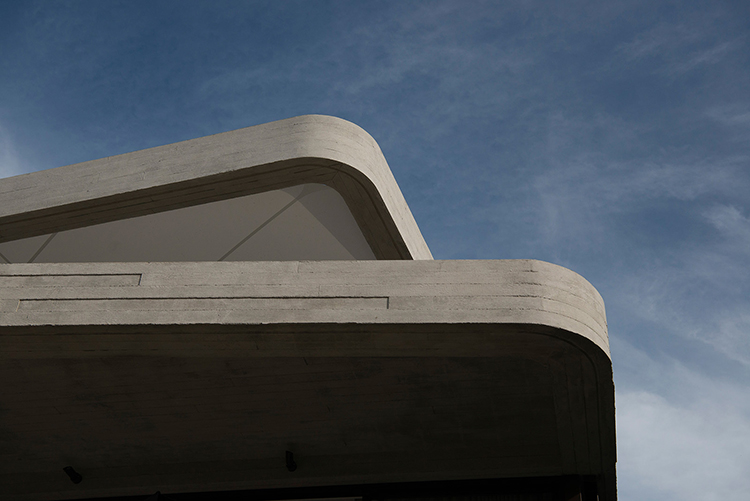 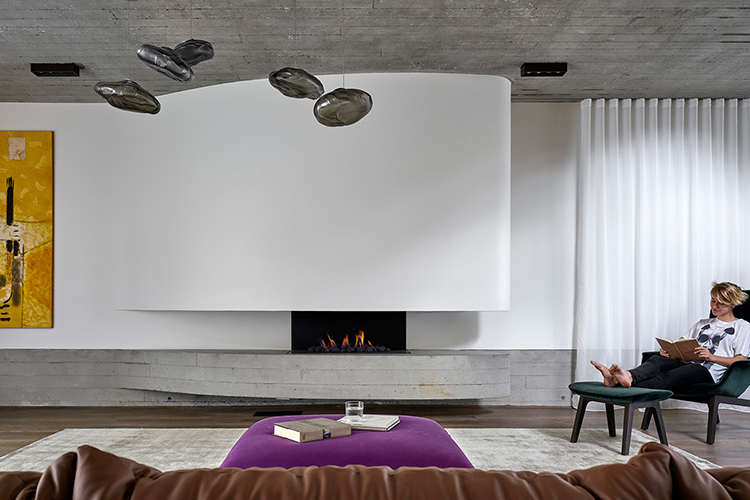 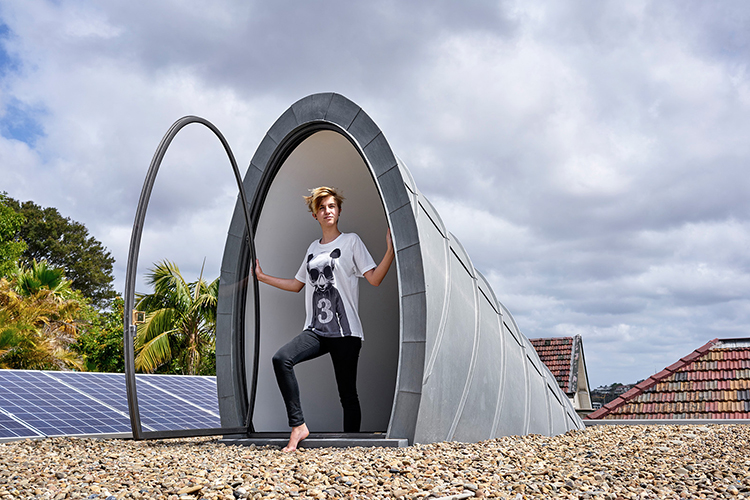 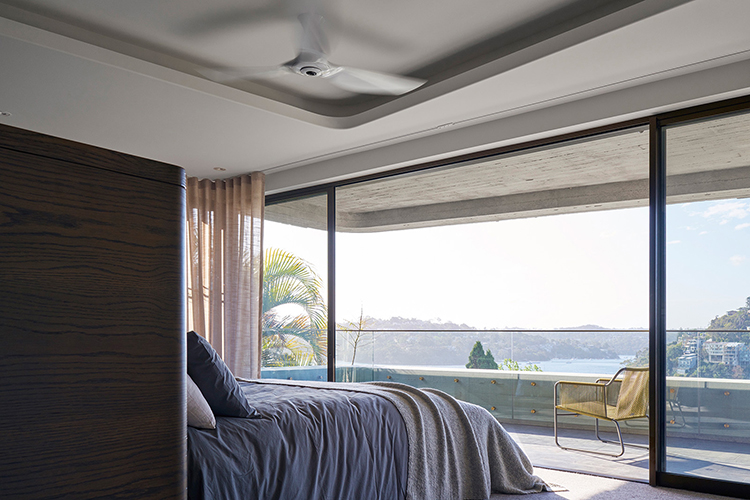 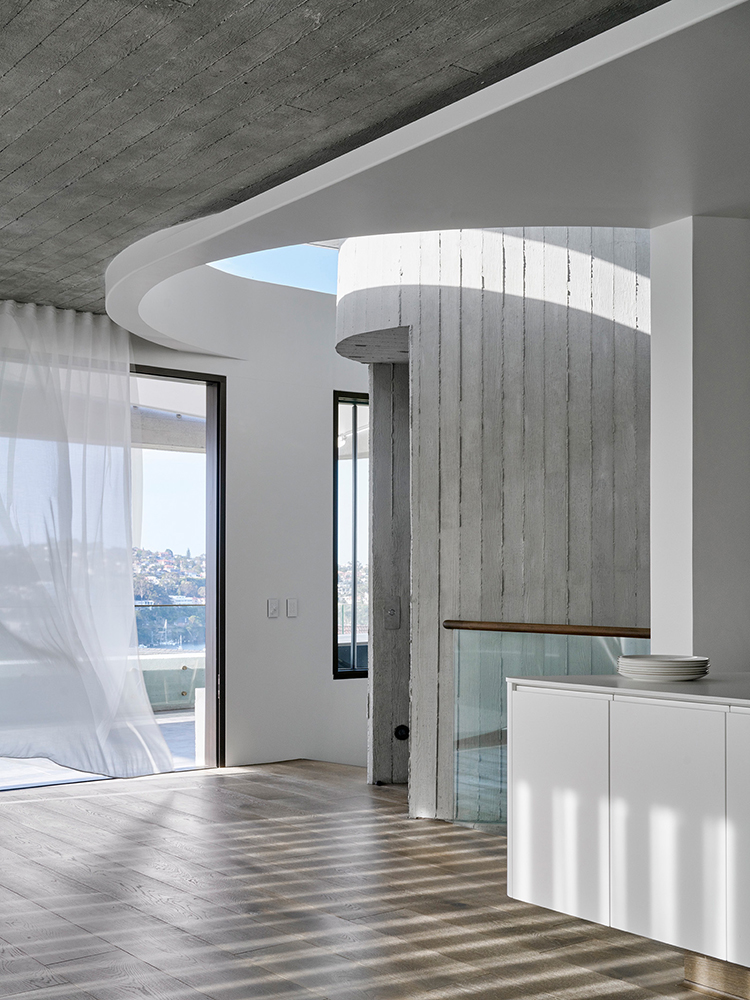 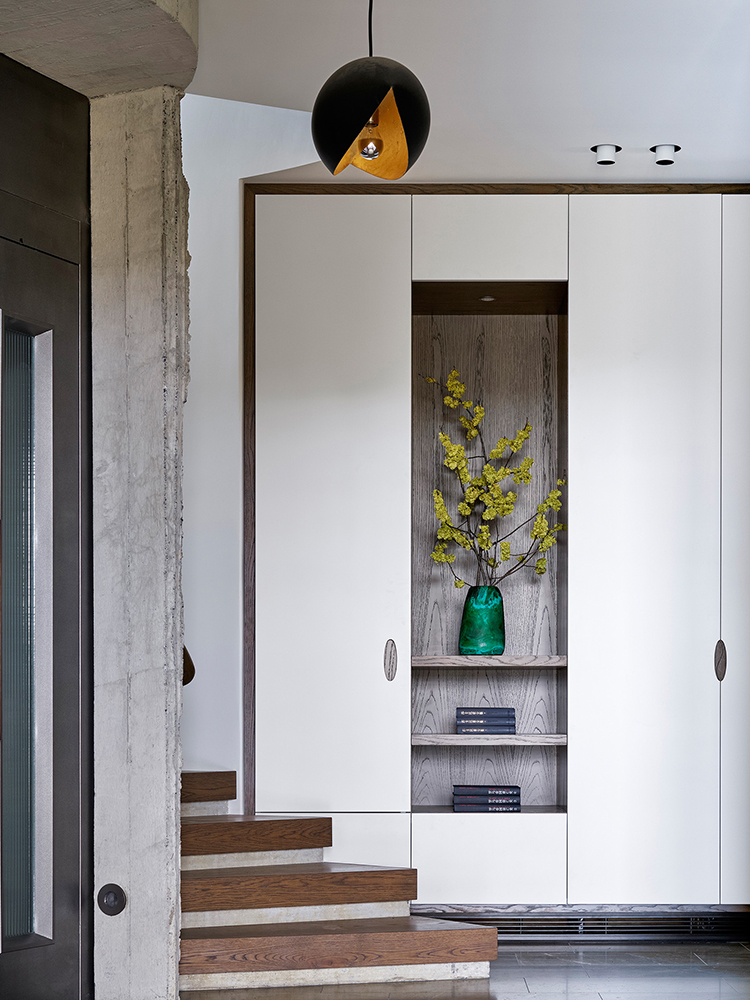 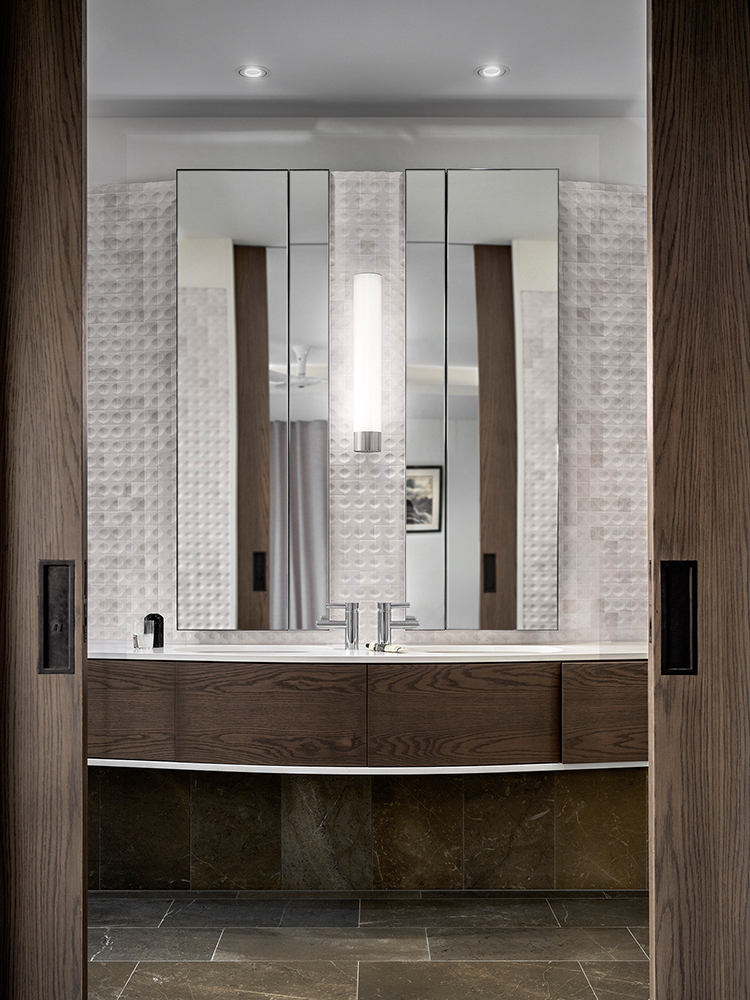 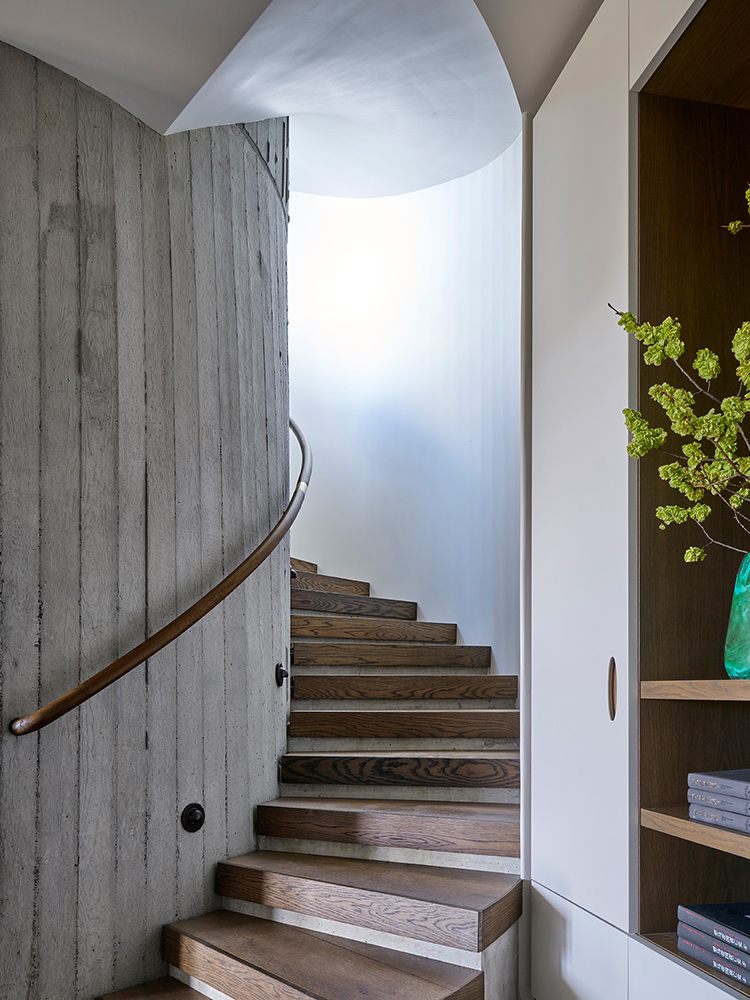 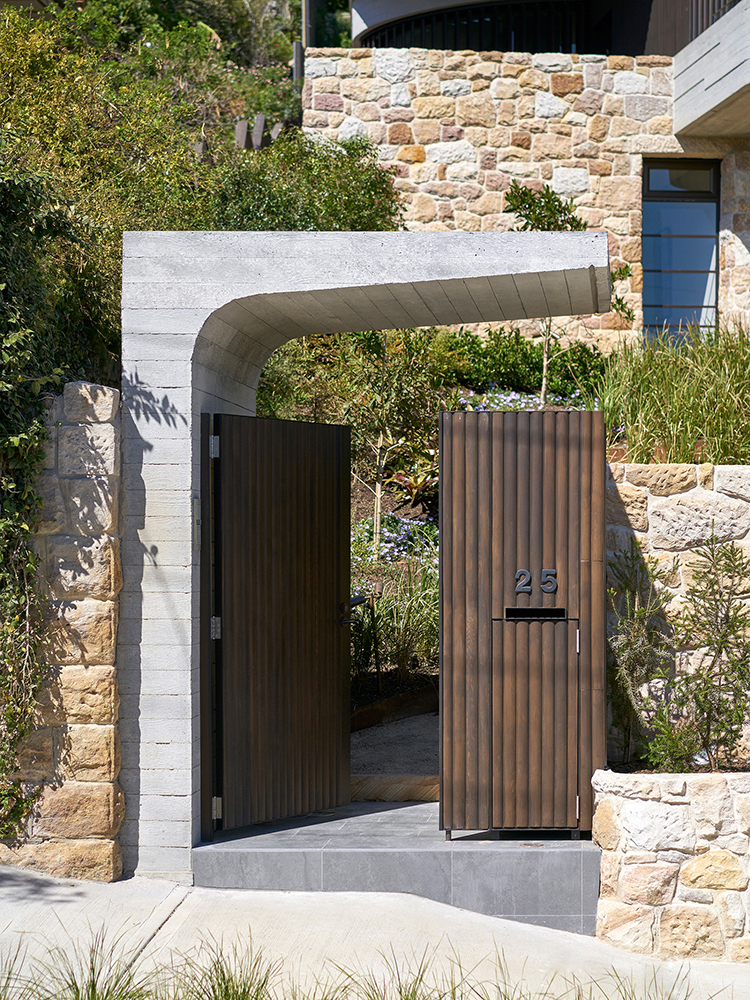