Israeli architects Amir and Chen Navon have teamed up with interior designers Lital Ophir and Ilana Bronfen to refurbish their apartment in Tel-Aviv, set within a 1930s Bauhaus building. The apartment is located in the heart of the city, overlooking one of the most beautiful boulevards in the city next to Israel’s national theater “Habima”.

While acknowledging the importance of honoring and preserving the 1930s Bauhaus architecture, the architects wanted to keep this classic-European heritage also in the interior even though the apartment’s style is contemporary. 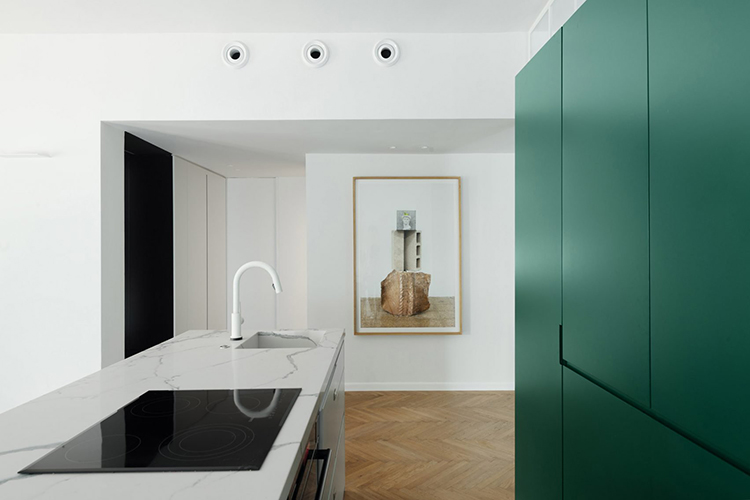 Importance was also placed on exposing the 97-square-metre apartment to natural light – a poor renovation by former tenants had left rooms with a “sense of heaviness”, and restricted views to the outdoors.

Ophir and Bronfen have decided to create a clean and airy space that contains a series of freestanding elements so they do not hurt its’ wholeness; a big green cube for kitchen storage, a two-way kitchen island, a dining area and a living area. Walking paths were then created naturally between these “islands” leading to the balcony exits, or directly to the bedrooms or bathrooms. This led the architects to implement the conceptual notion of “islands” throughout the apartment. 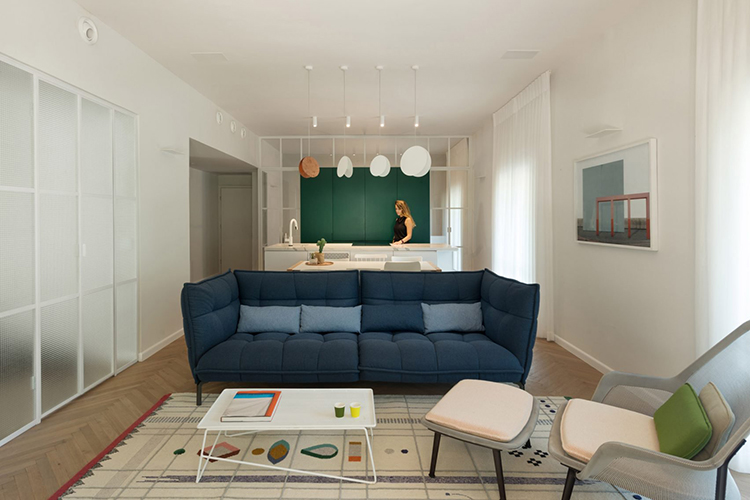 The main element in the public space is a big green cube used for kitchen storage, containing two refrigerators inside, a water bar, a coffee machine as well as dishes and food supply. The cube was then “wrapped around” by a glass vitrine divided by stone-white colored Belgium profiles with two entries one on each side of the cube leading to a family-room. The use of a glass vitrine divided by Belgium profiles not only allows natural light through but also preserves a European feeling reminding us the building’s style. 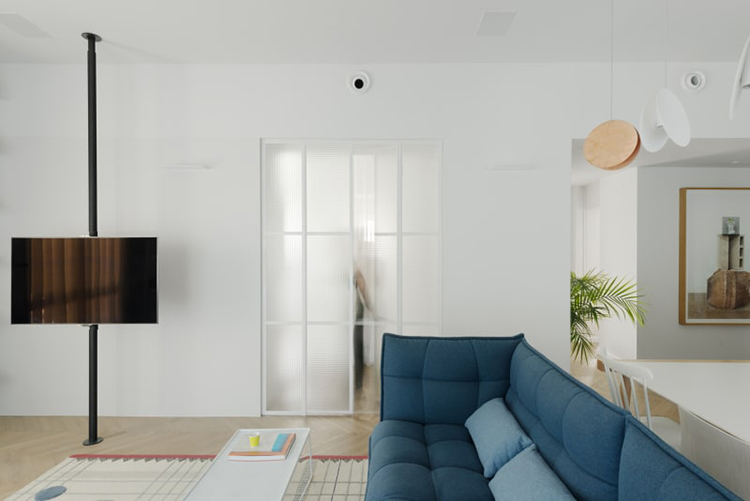 Next to the cube from the opposite side, facing the living room area, was costumed designed a two-way partly floating kitchen island being the main part of the kitchen containing a stove, an oven, a dishwasher and a cooking/baking area. Next to the island,  Ophir and Bronfen placed the dining room table then they placed the living room, where the Husk sofa by B&B Italia is facing the view, the slow chair by Vitra placed next to her and a Doshi Levian carpet completes the look.
The entrance to the master bedroom is from the public area, through safety-wired glass doors divided by stone-white colored Belgium profiles again, maintaining the 1930’s architectural heritage. In the master bedroom, instead of walls, the design team costumed designed a modular carpentry unit, used as storage and a sitting bench with a mirror welcoming those who enter the apartment from one side and on its other side used as a clothing closet. Its en-suite bathroom is housed behind a glass box, with an adjoining curtain that can be drawn across for privacy.

A full-height glazed wall with white gridded framing divides the kitchen from a toy room for Amir and Chen’s young son and daughter. The children’s bedroom, which only measures at 10-square-metres, has been fitted with a two-person sleeping niche with built-in drawers to maximise space for play. 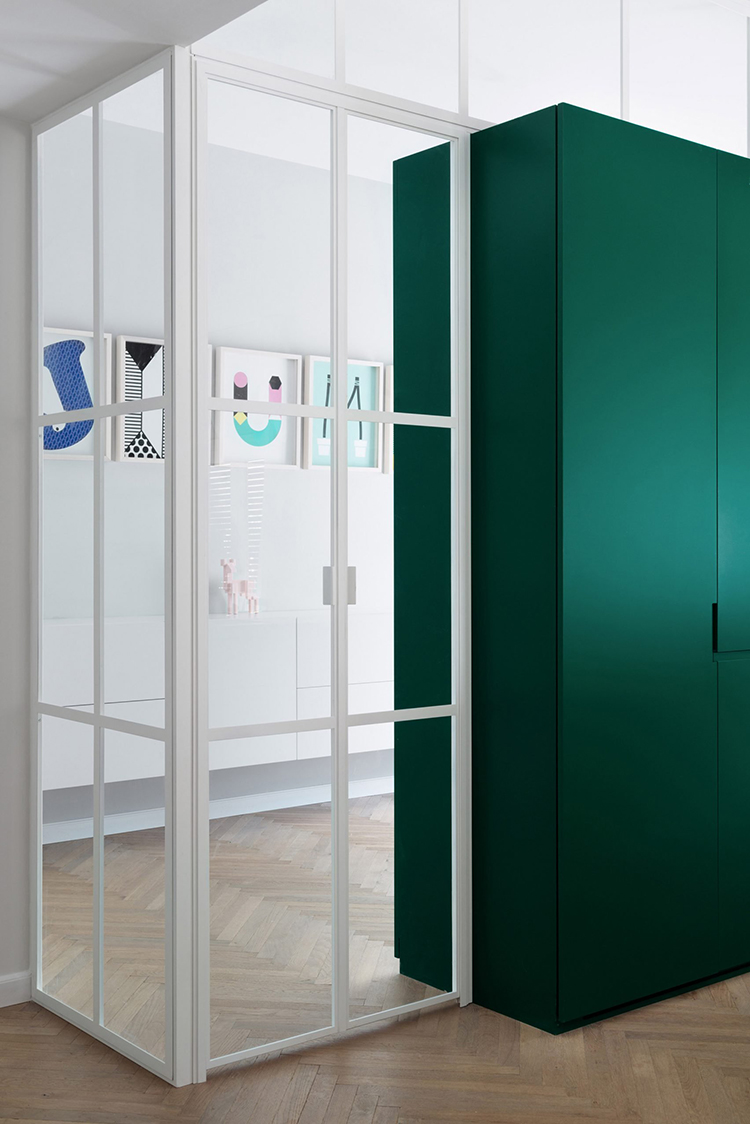 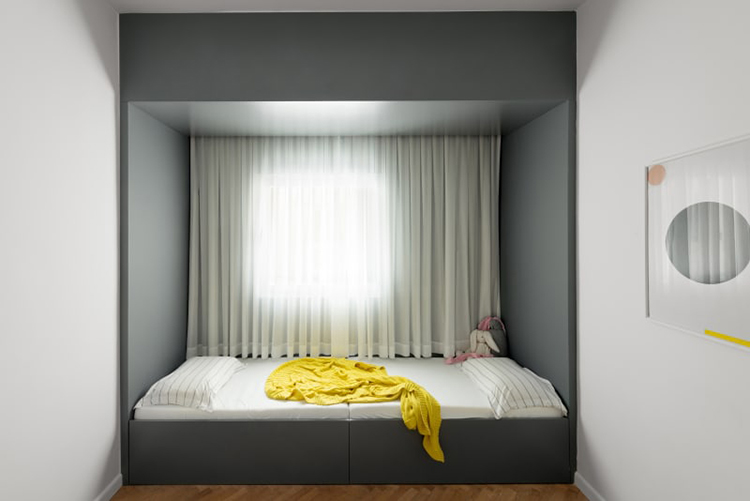 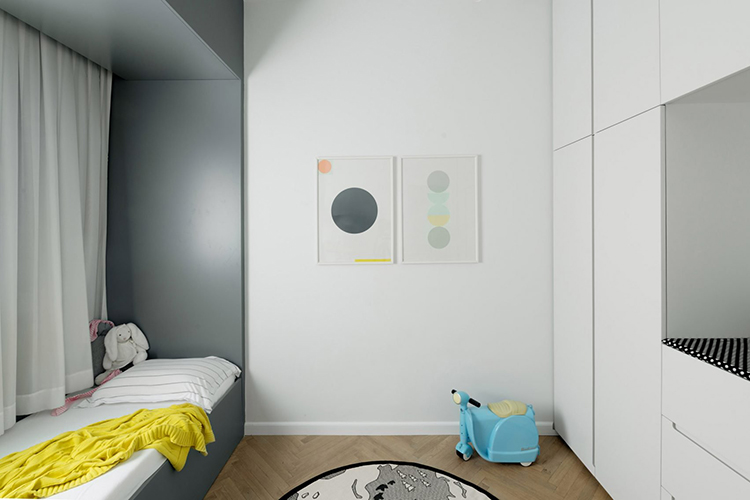 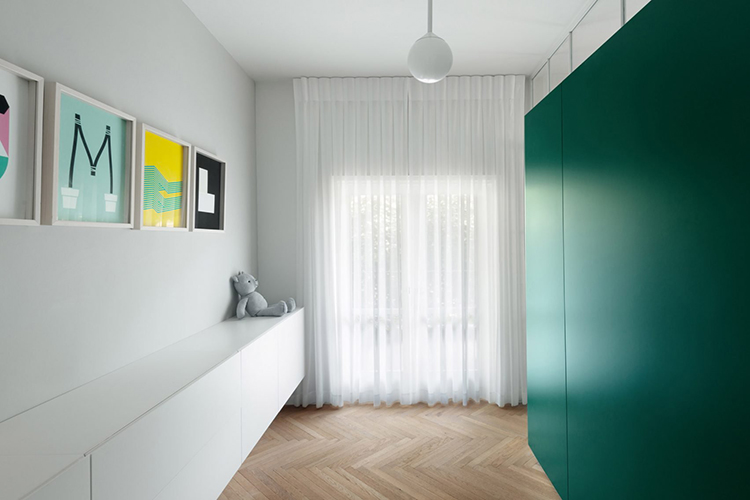 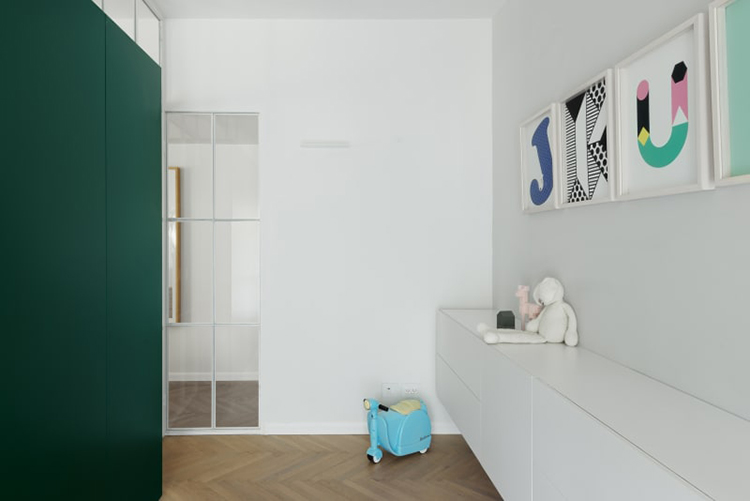 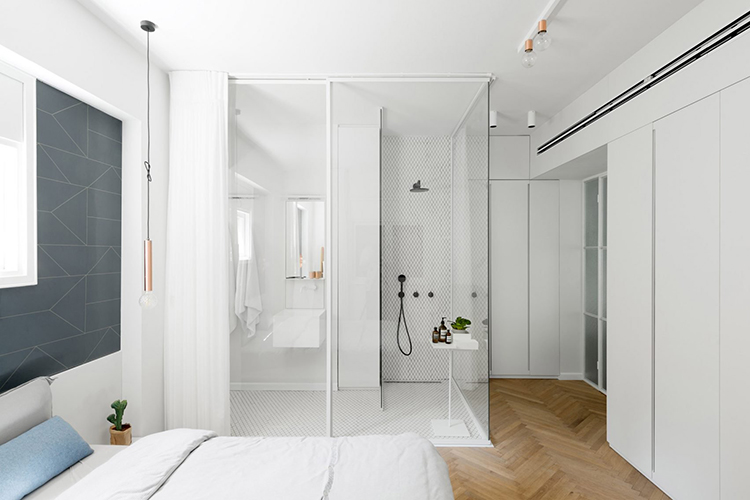 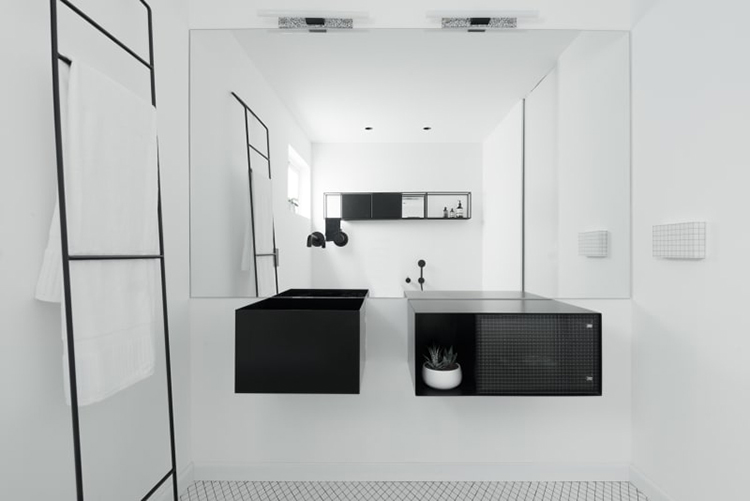 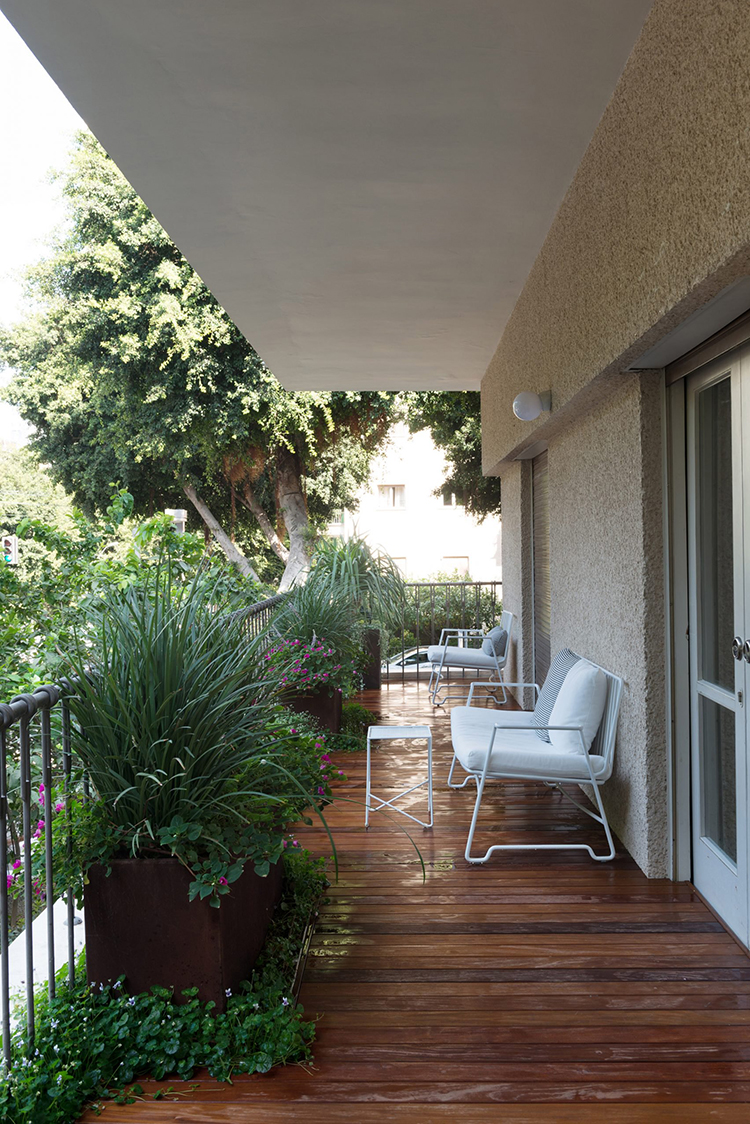