Portuguese architect Nelson Resende has recently renovated an old house in a central street of Ovar, blending old and new together. In the existing property, the architect found indications of different treatments and states of conservation before deciding what to save and what to remove.

The intervention proposes using as much as possible of the existing building, while introducing a new logic of continuity rather than rupture. 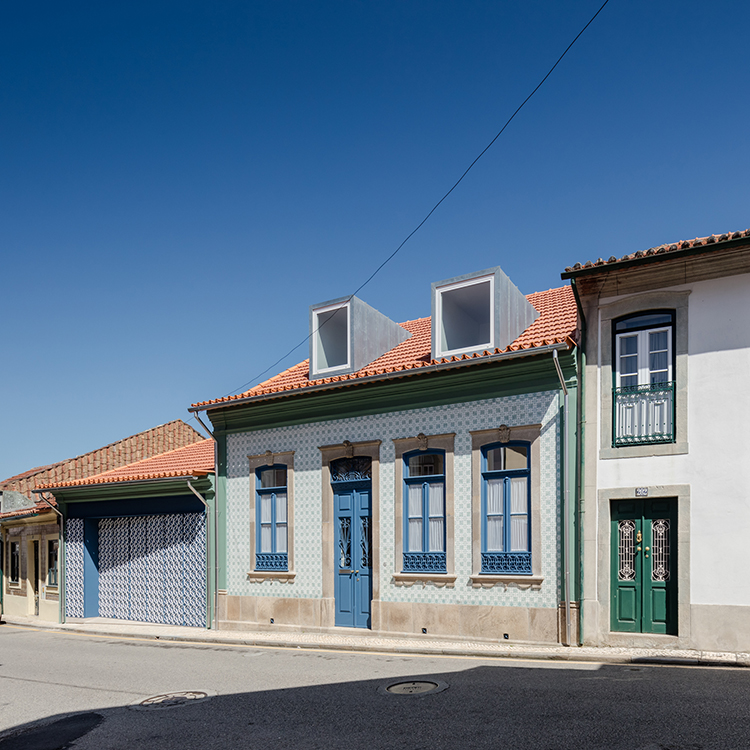 Located in a structural artery of the city of Ovar the building allows the repetition of an urban model of frequent use, that favors a peripheral occupation of the blocks and liberates its interior. In this setting, both the addition and the main house present a logic of implementation supported by two main elevations: one more formal and representative facing the street, the second more private and uncommitted facing the backyard.

In addition, the buildings clearly accentuate their function, allowing a hierarchical reading, maintaining a more trivial relationship in the way the secondary building is constructed and presenting a constructively richer architecture for the dwelling, namely the noble spaces of more permanent use.

Not only the materials, the richness of the construction and the scale of the spaces themselves distinguish each other, ensuring greater spatiality for the nobler spaces and relegating to the spaces of the secondary building the more contained scales. 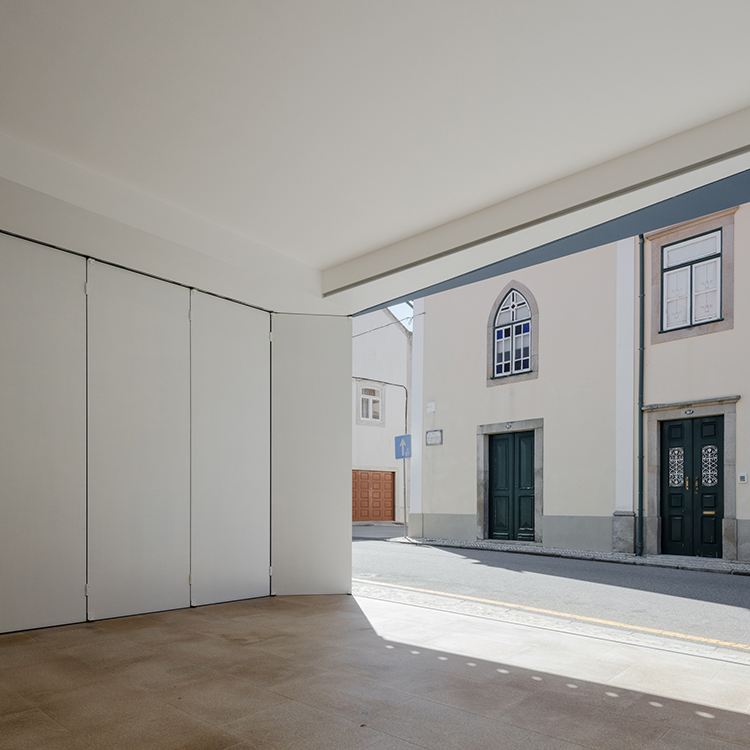 Thus the spaces of social use and of greater permanence are destined to the main volume allowing to take advantage of the areas of the compartments and try to adapt them to the functions more propitious for the same ones. Complementarily, in the secondary volume, it is proposed the location of the garage space facing the street and the area of private use of the house, facing the interior of the street. 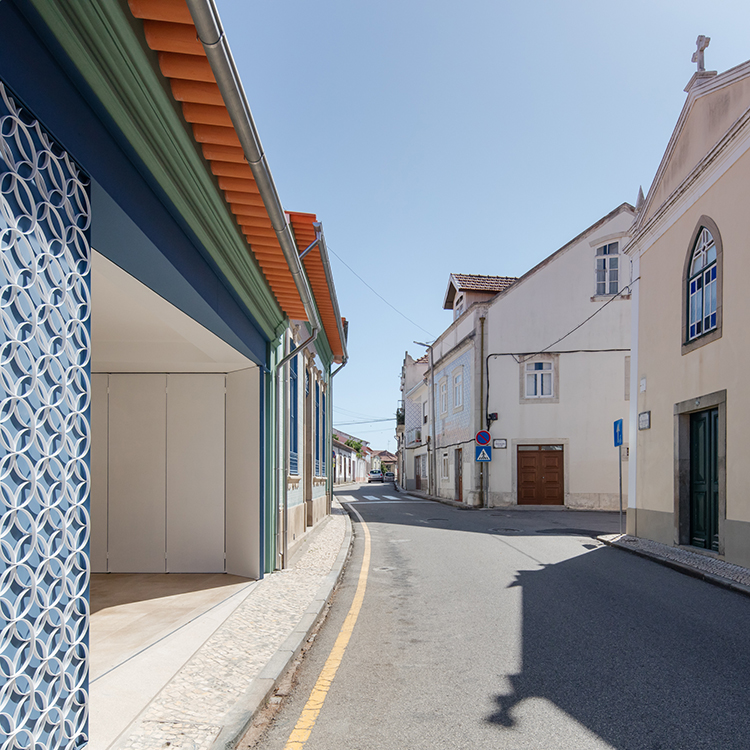 Finally, in the outbuilding redesigned in the meantime, it is proposed the location of support spaces, essentially the laundry and a small storage. As for the attic floor of the main volume of the dwelling, the proposal foresees the maintenance of this space as a multipurpose space of support and generic use, despite introducing a new vertical access, a toilet and natural lighting through 3 mansards. 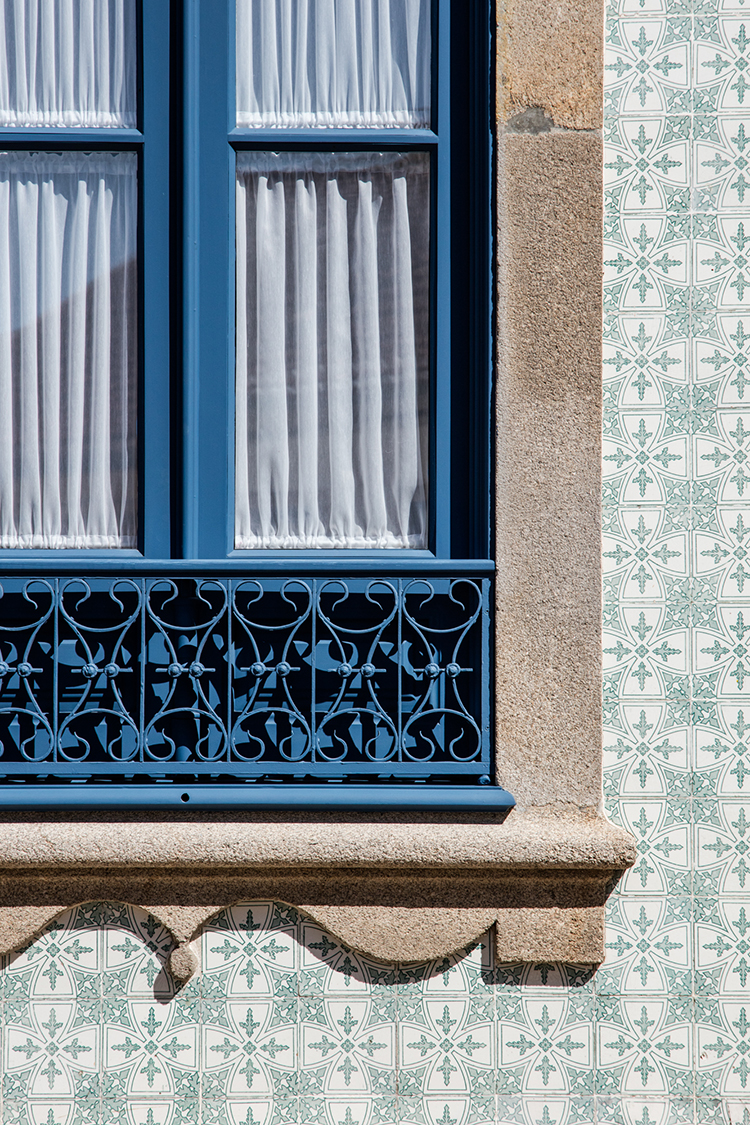 The proposal accuses the weight of the existing patrimonial wealth and consciously tries to incorporate it as valid in the current solution, avoiding the musealization but also denying a more radical posture to erase all traces of a past, despite everything relatively present and valid for the use of the house, in current form. Materially, the purpose was to keep as much as possible the constructive logic of existing building, ensuring that the new elements introduced did not cause significant disturbances in the spaces.

With regard to the treatment of outdoor spaces, the objective was to introduce a more unified reading into space, ensuring a more complex plant treatment perimeter by introducing a hedge and allowing a less crowded core, more available for less regulated use/committed and more versatile. 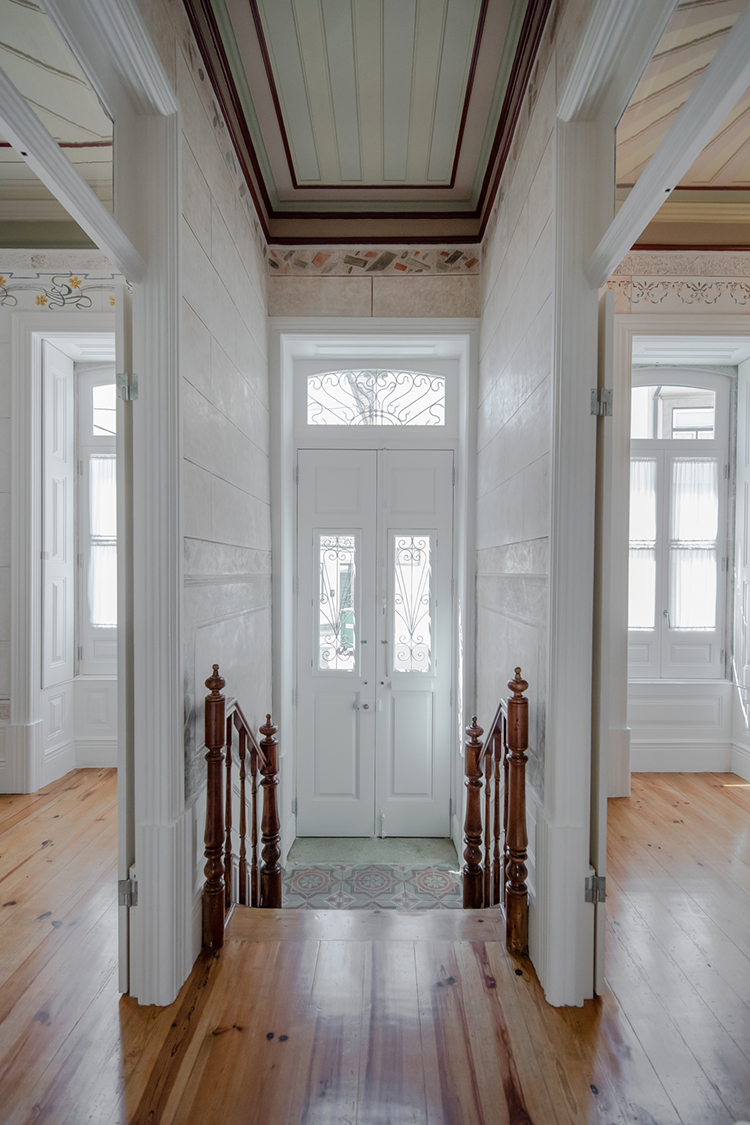 Finally, in terms of substantially visible alterations in the elevations of the buildings, on the ground floor, at the level of the secondary construction, it was foreseen the introduction of an almost total opening to the street, allowing the use of the respective interior space as a garage and, on the contrary, a more controlled opening of the two bedrooms to the plot. The elevations are therefore practically redone, having as principle the introduction of spans that maintain the scale of the construction, provided to the new program and its uses, but modern reinterpreting the more decorative sense of the tiles, reintroduced of apparent form in the stamping of the existent standard. 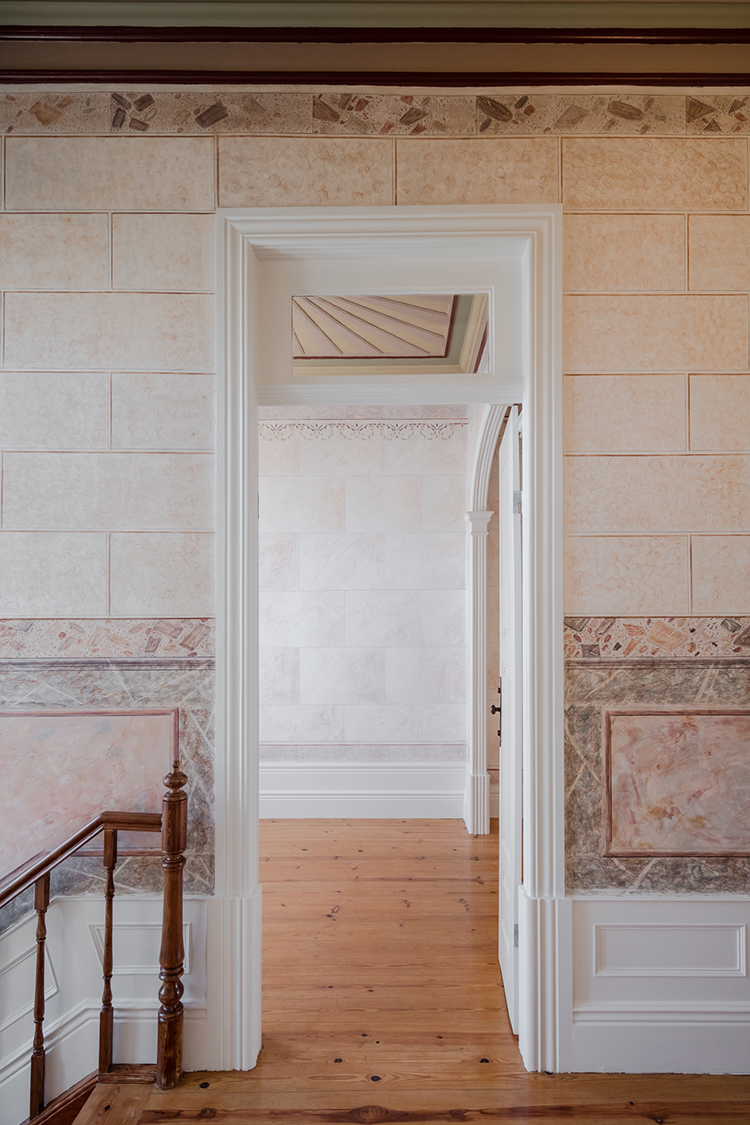 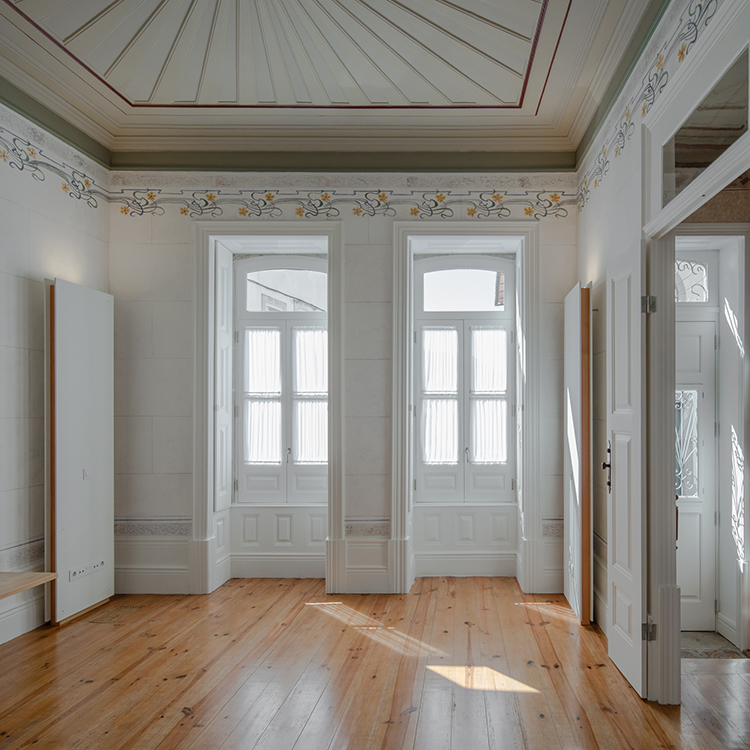 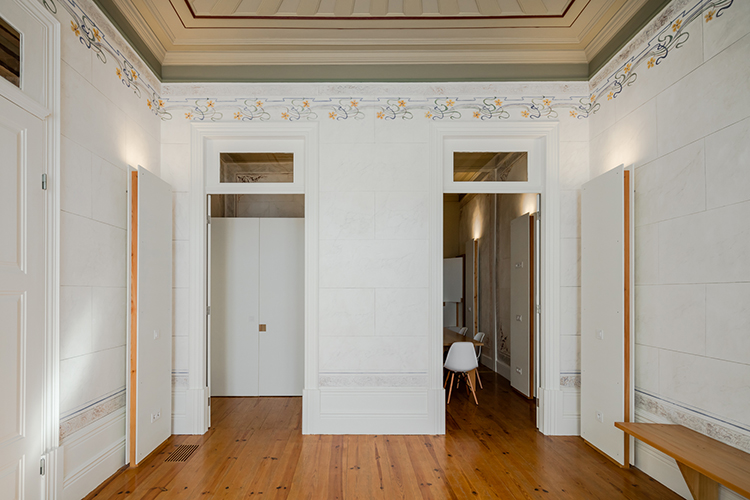 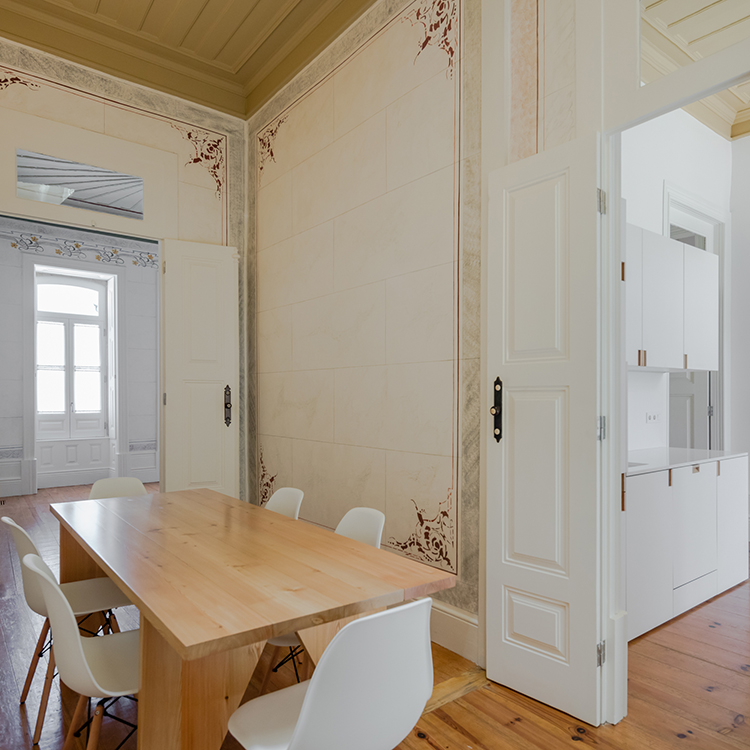 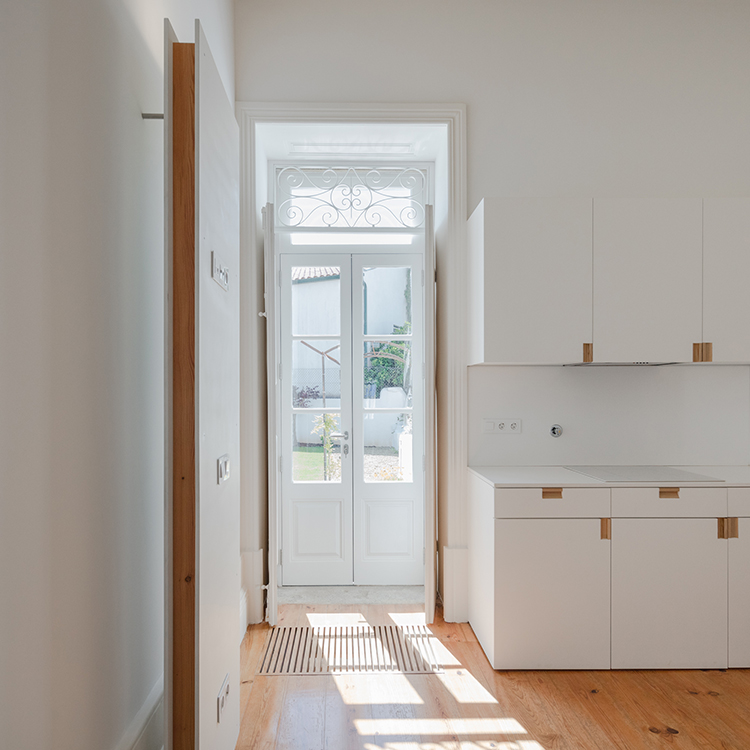 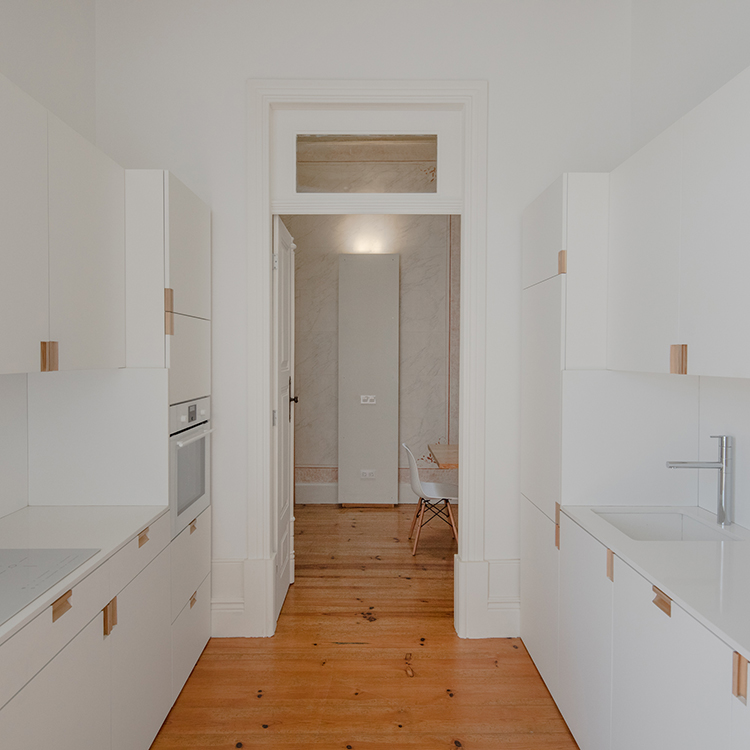 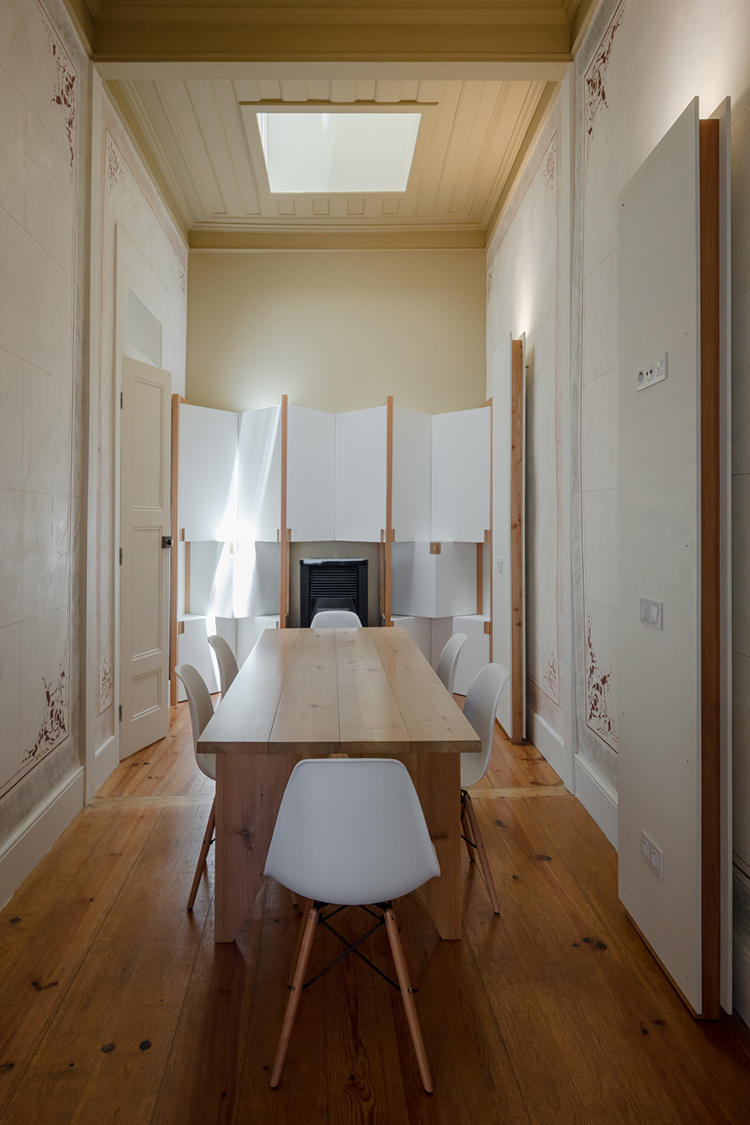 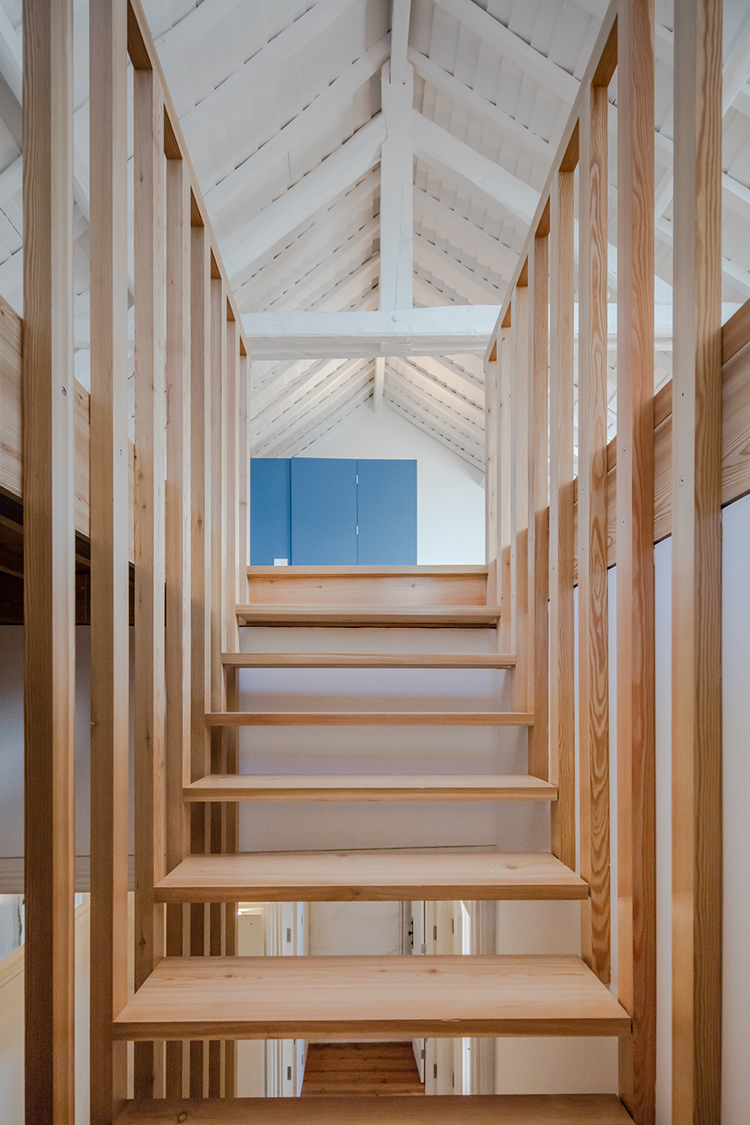 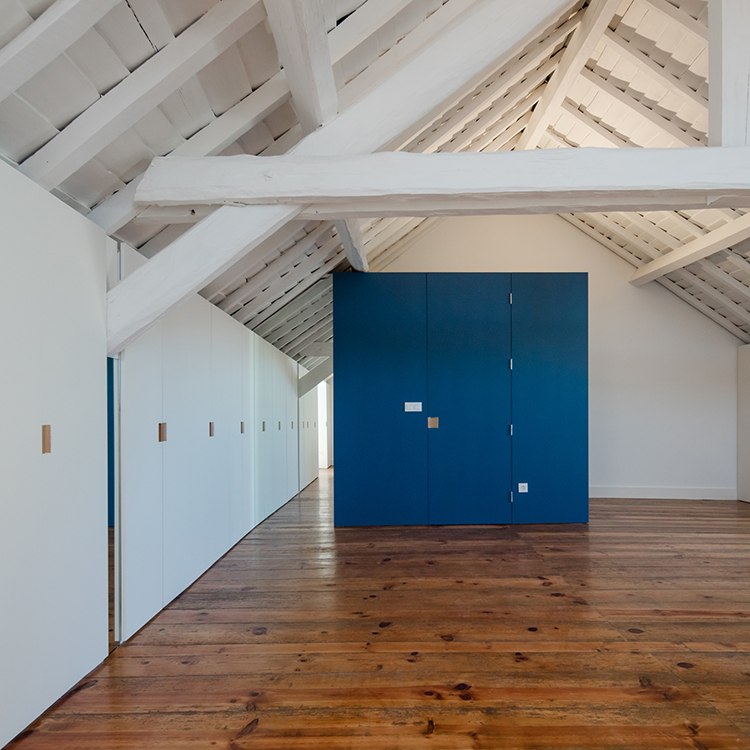 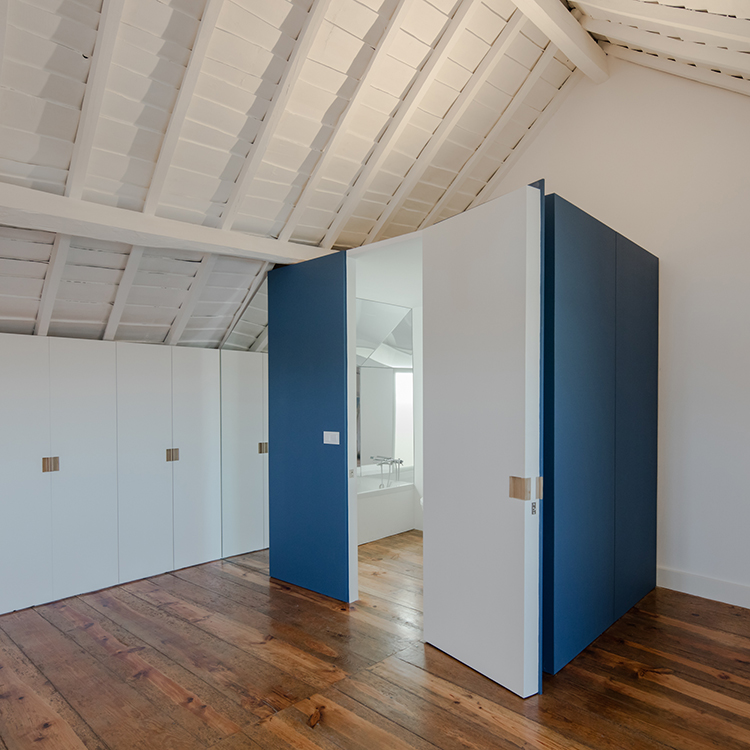 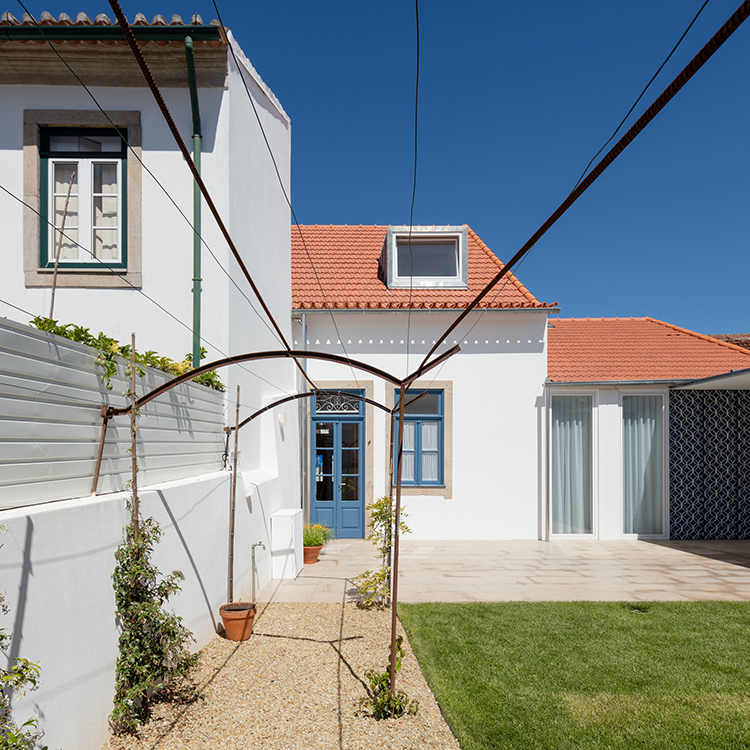 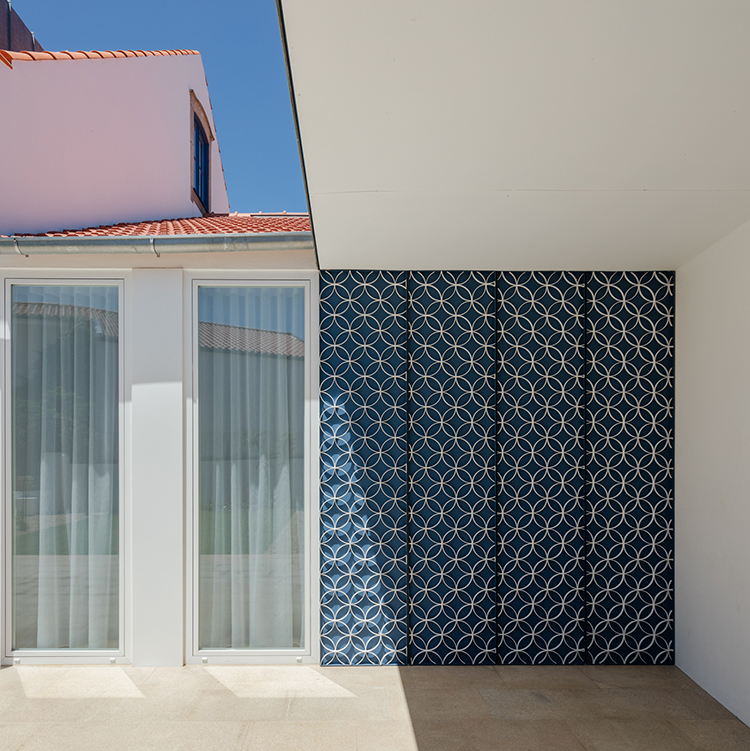