This penthouse in Prague by Jana Hamrová from the studio Objectum has been designed in the shape of a cross to allow separation of different functional zones. There is a dining zone, a living area, an area with rooms for kids and, of course, the sleeping area. In the middle of the layout is situated central core that connects the penthouse with staircase and elevator to the rest of the building.

The main feature of the apartment is a magnificent view and the fully glassed facade that allows enjoying these views fully. “It makes you feel like if the entire city was inside of the apartment,” says Jana Hamrová. 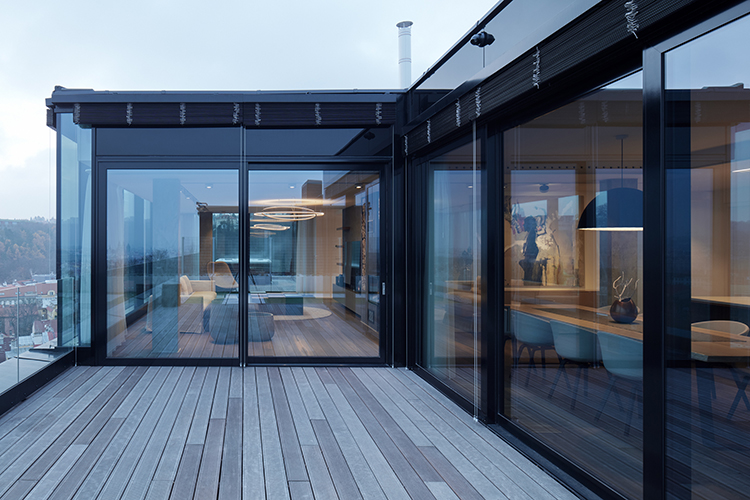 The whole living area is one big open space to maximize this effect. That creates unexpected views right from the entrance door. Big glassed areas of the facade can cause overheating during the summer season. For this reason, a special cooling system was designed. The ceiling was perforated along the facade and low-speed cool air is driven to the glass. That prevents the interior from visible grids on the wall or noisy cooling units. 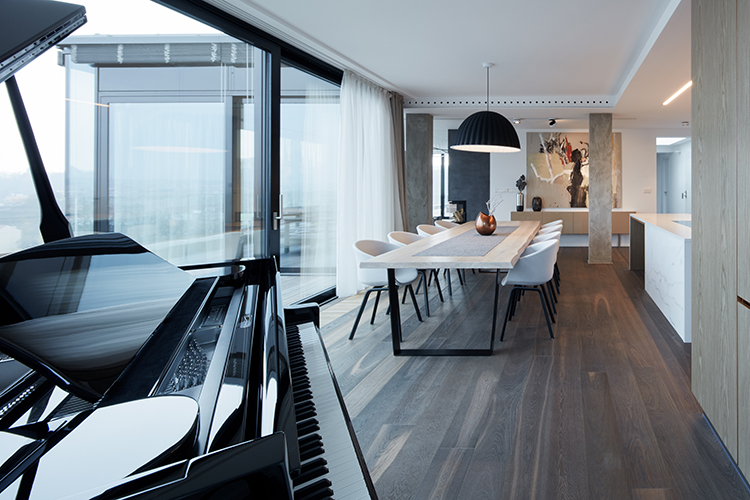 The kitchen is separated from dining area by a stone island. Main dominant of the dining area is a huge massive wooden table. The size and weight of the table together with piano forced us to use a crane to be able to get it in the apartment. 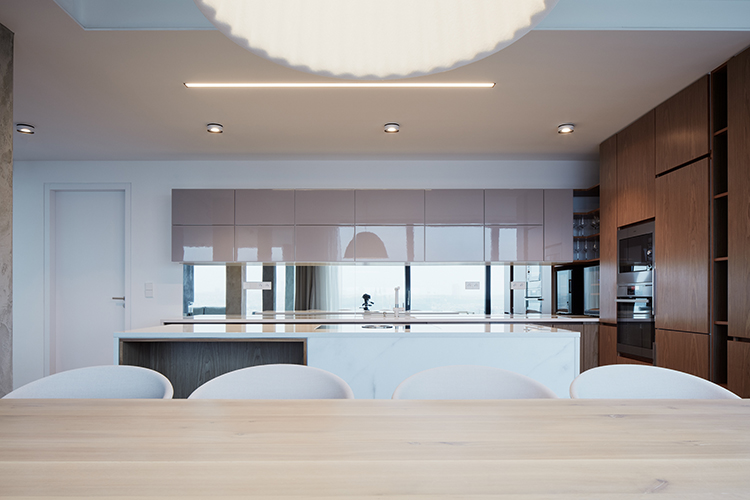 Each of the four zones of the apartment has its own bathroom. The design of the bathrooms reflects the stylistic language of its respective area. The master bathroom has the same color of cladding as veneer on wardrobe adjacent to the bathroom. The bathroom for two teenage boys uses contrast of small blue mosaic and floor to ceiling large format cladding.

Lighting uses half build-in spots from company Deltalight. Central ceiling light in the living room was manufactured by Sattler. Decorative lights from Spanish company Marset are hanging above the night tables. 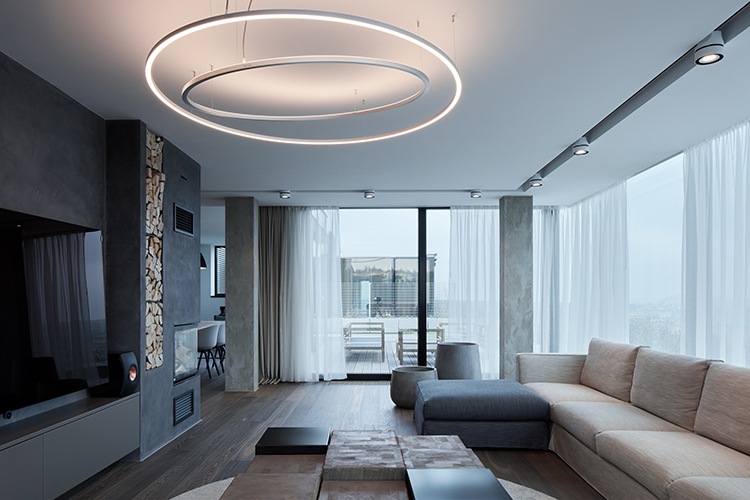 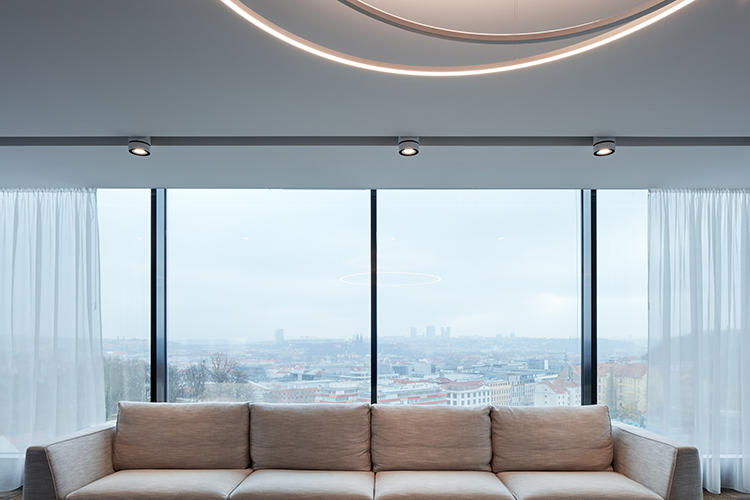 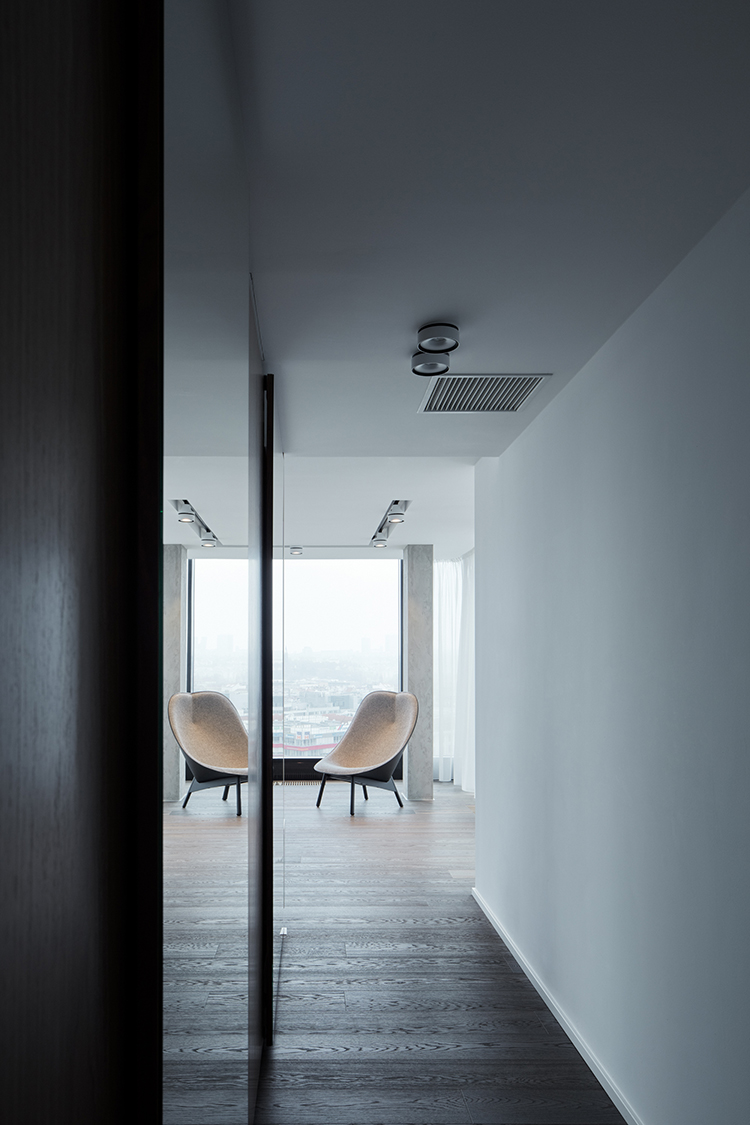 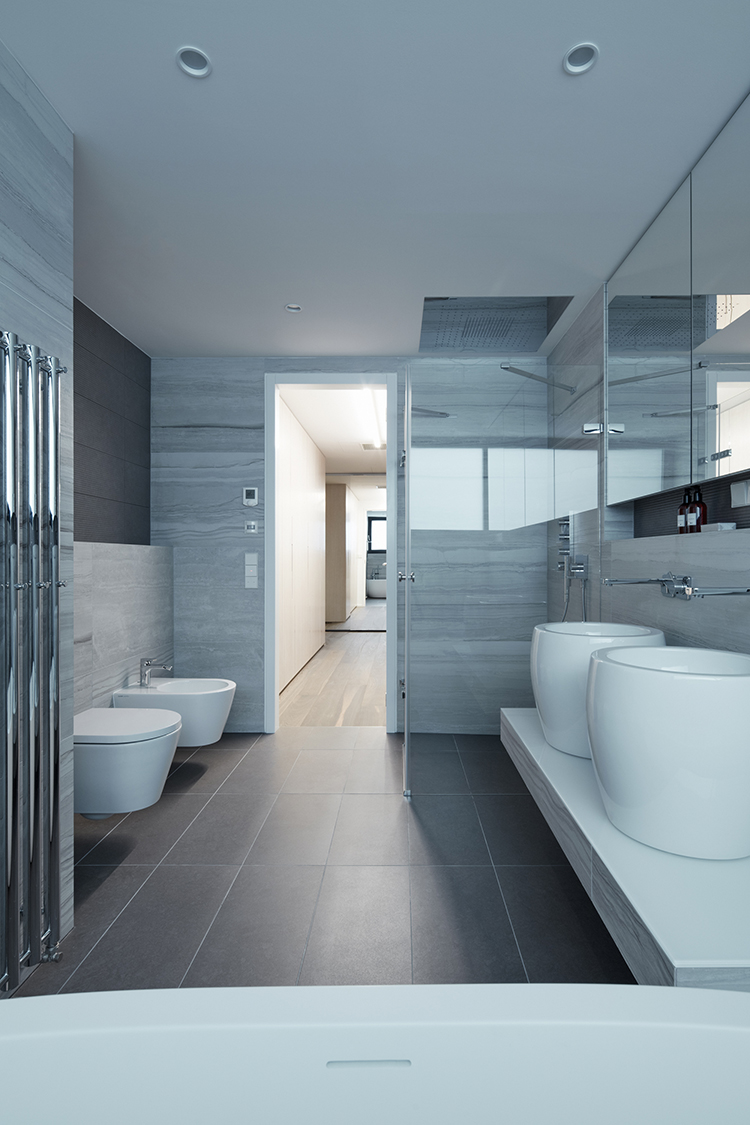 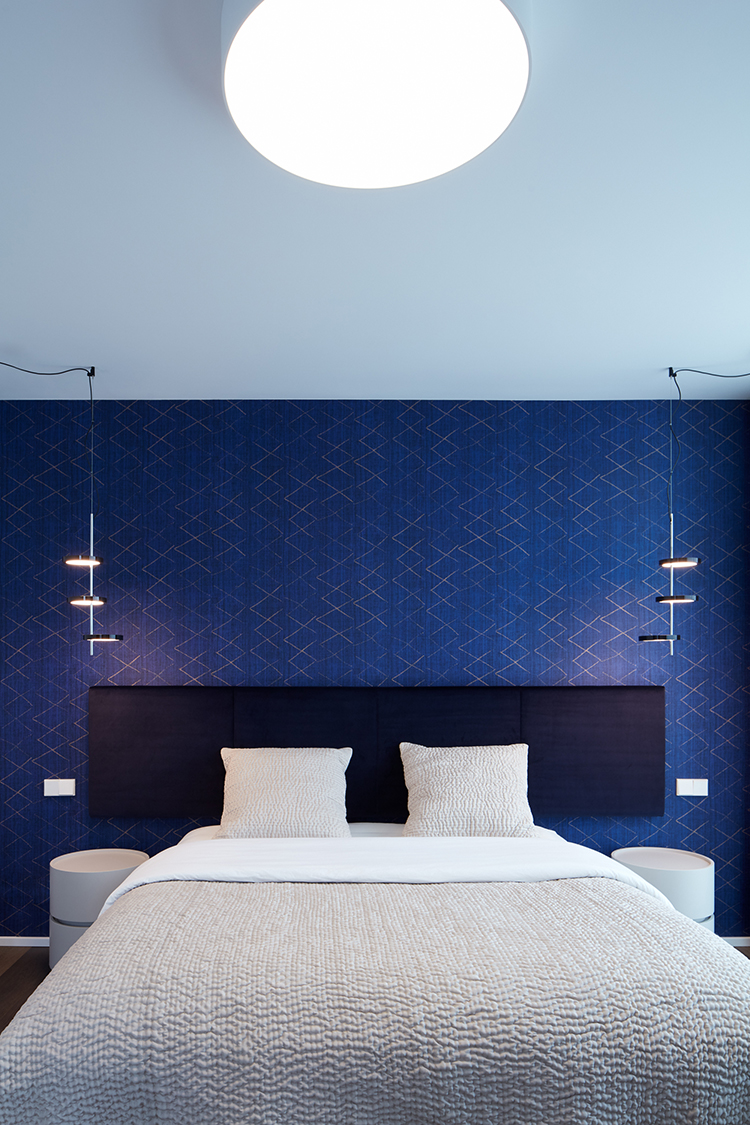 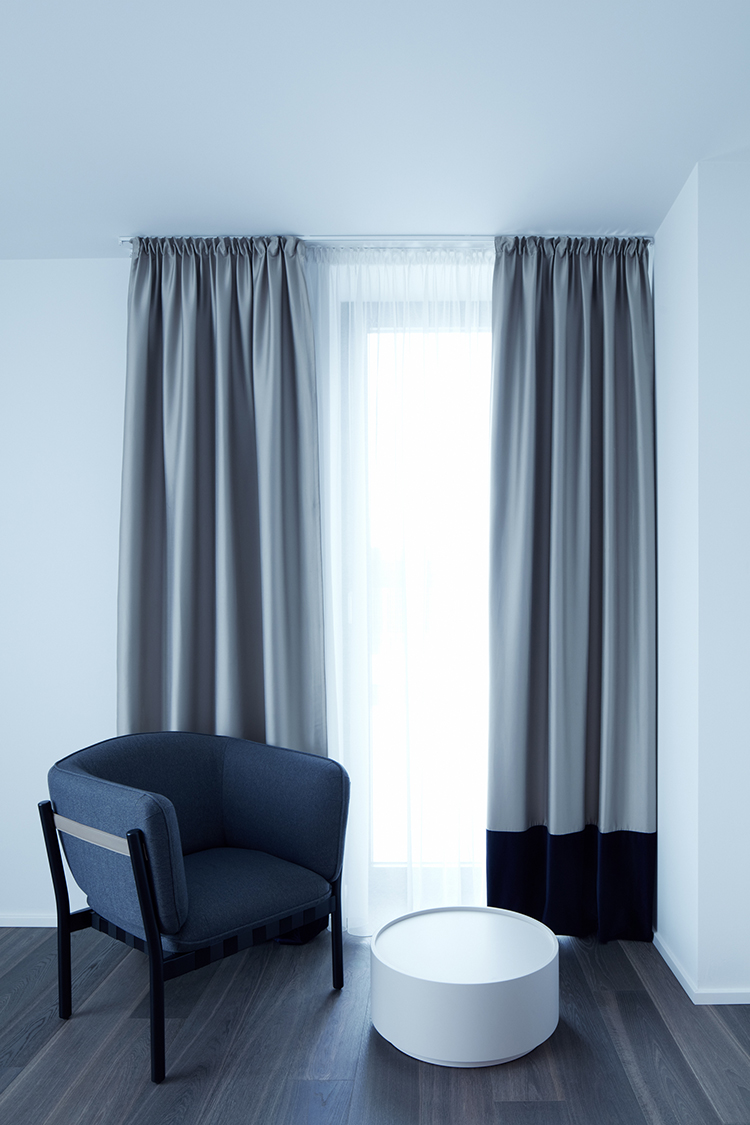 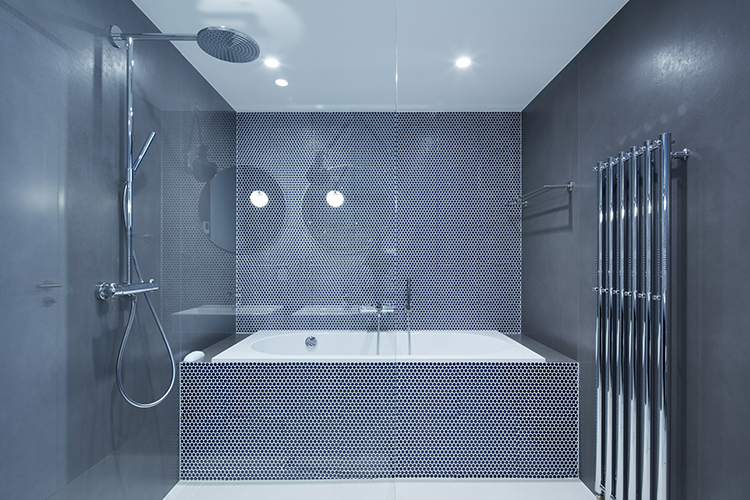 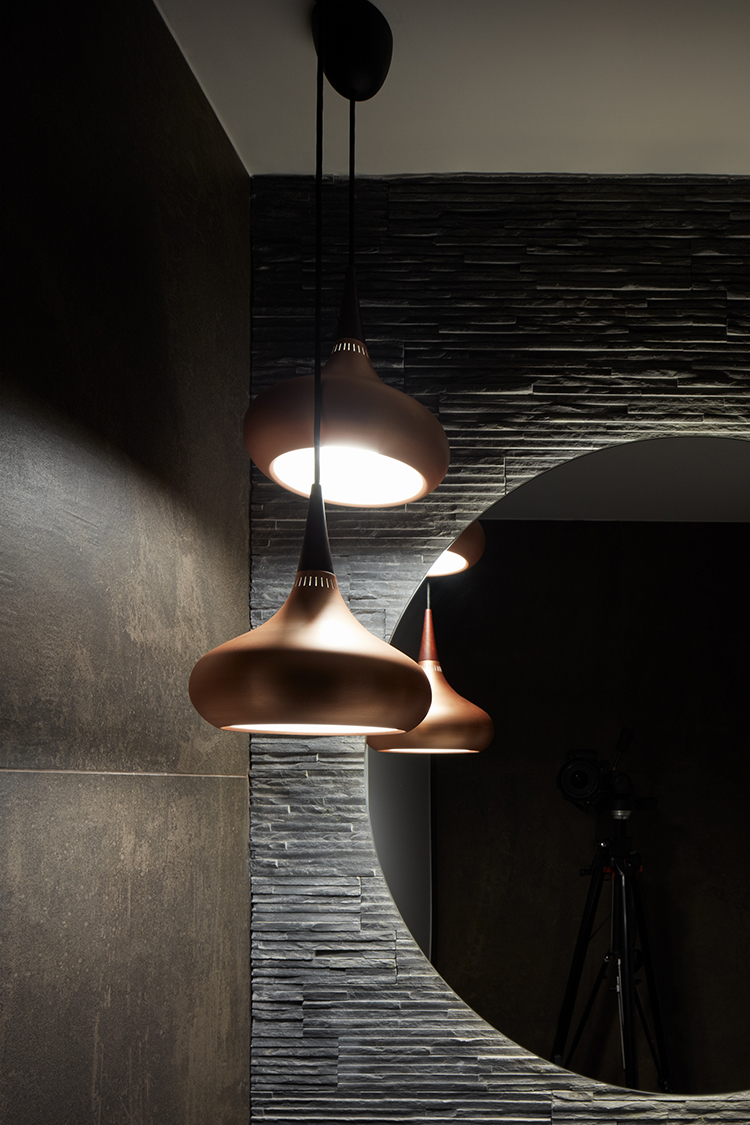