The main goal was to create an open, bright and airy ‘loft’ and with a pleasant, spacious and modern public space including a wide range of storage possibilities. The wall between the lounge and the apartment’s closed balcony was removed to create a larger living space, and a built-in padded window seat that spans the entire width of the room was added. 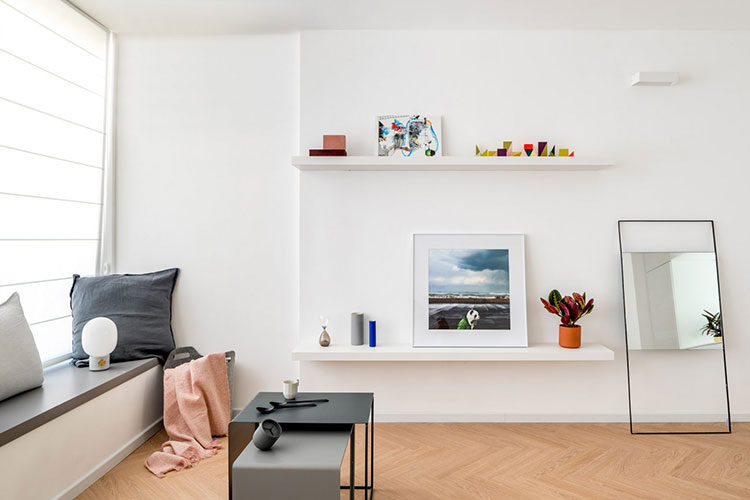 Some of the apartment’s original features, such as a concrete post and a brick wall, were kept and restored to preserve its character. Meanwhile, others were replaced, such as the flooring, which was swapped for whitewashed oak-colored laminated parquet laid in a herringbone pattern. 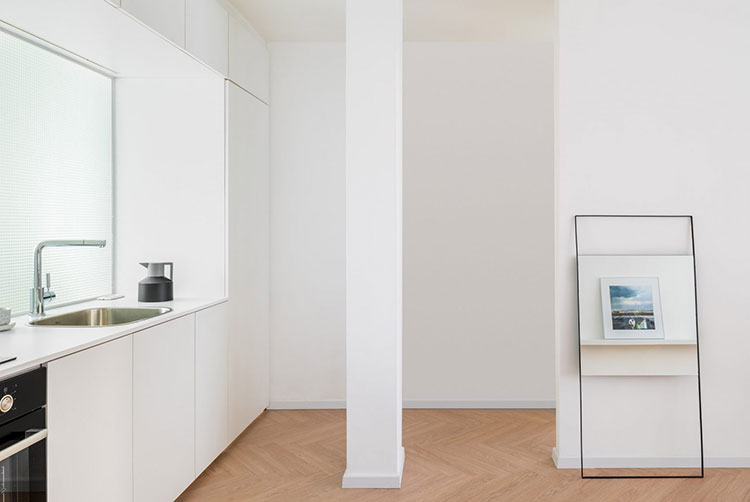 A two-way carpentry wall is the central element in the apartment, made from a sheet of tempered glass – 113 CM high and 208 CM wide – the wall divides the kitchen and the bathroom space, while letting light from the bathroom window infiltrate into the cooking area. 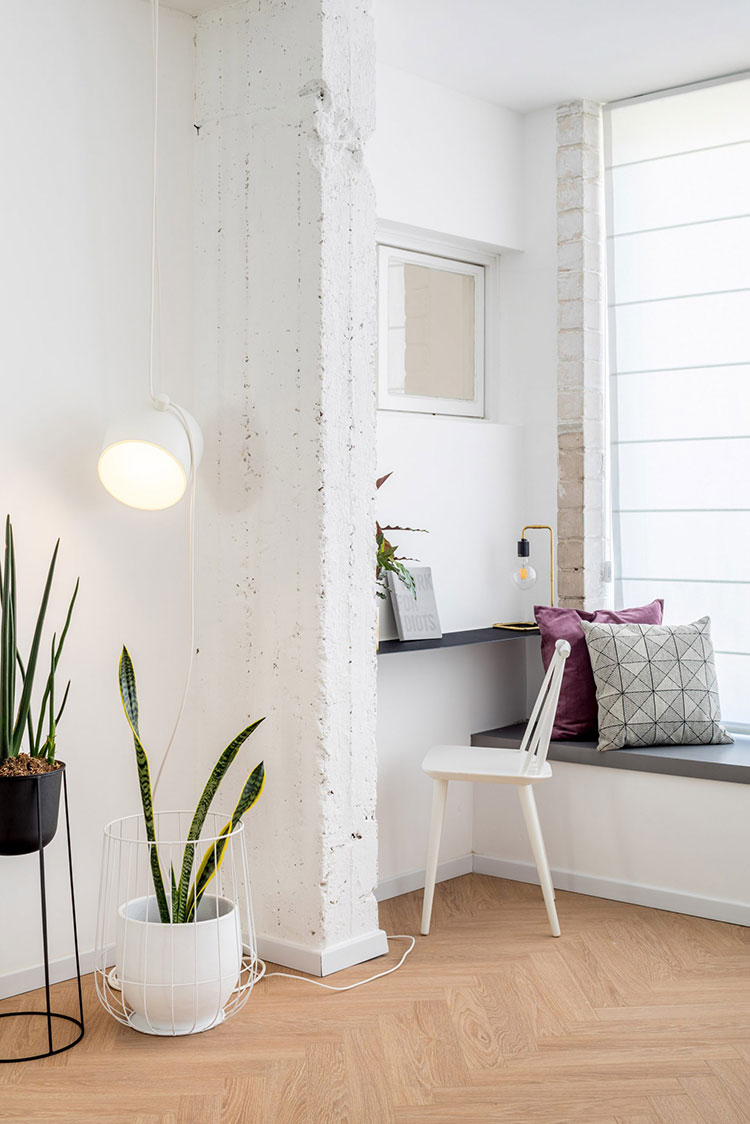 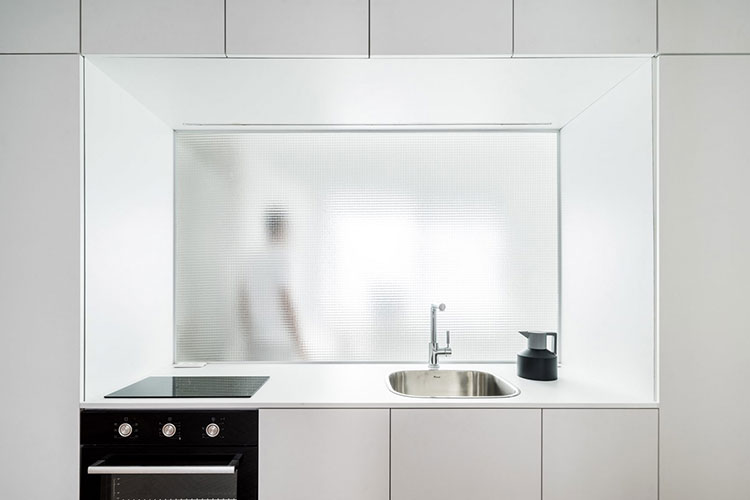 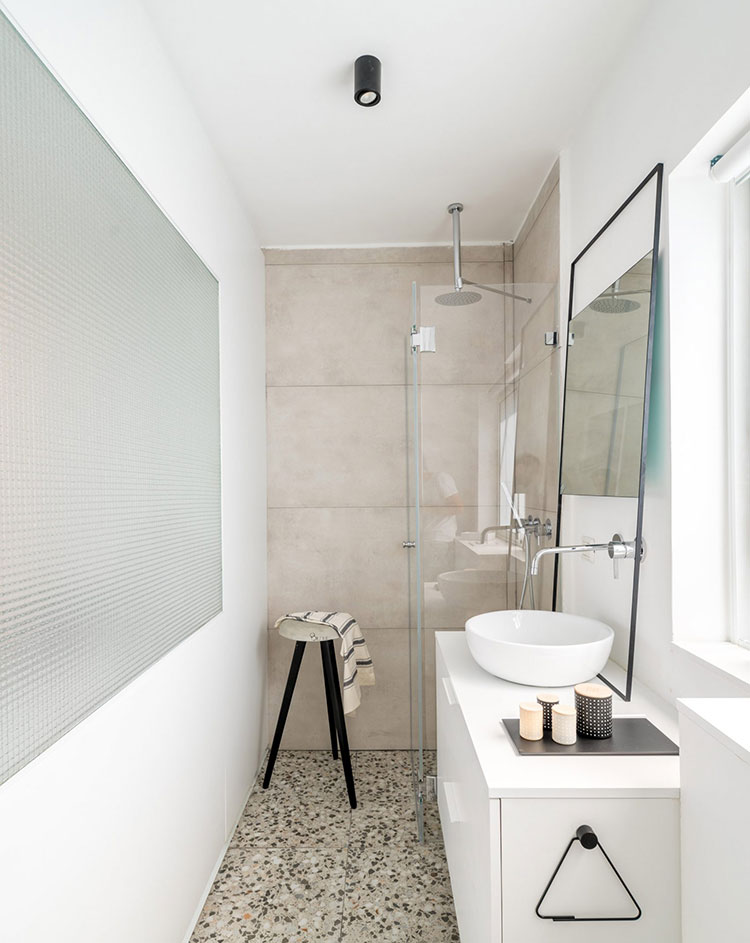 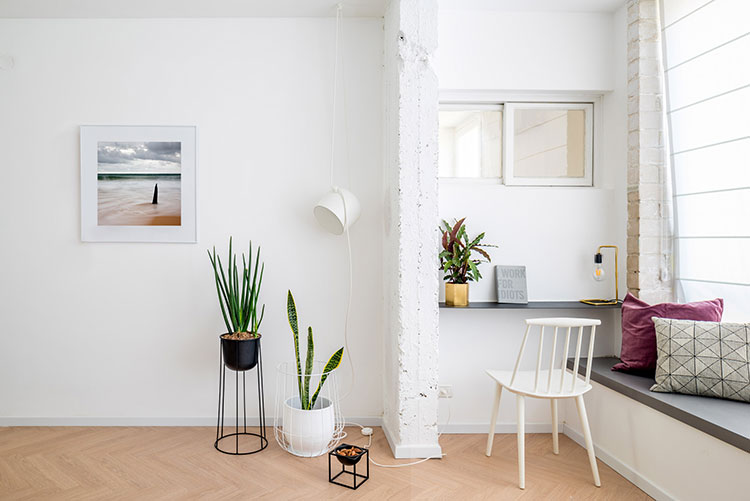 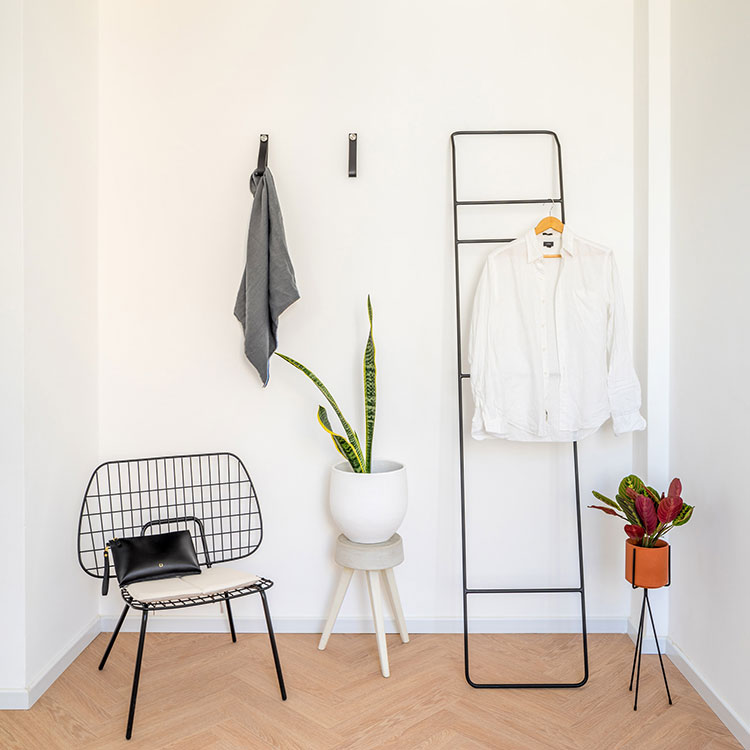