The owner’s request was that the 50m2 of the useful area were to be rearranged so that the bedroom could be isolated from the remaining spaces. Considering it, the construction was realized almost without any demolition, which is quite unusual in remodeling projects. 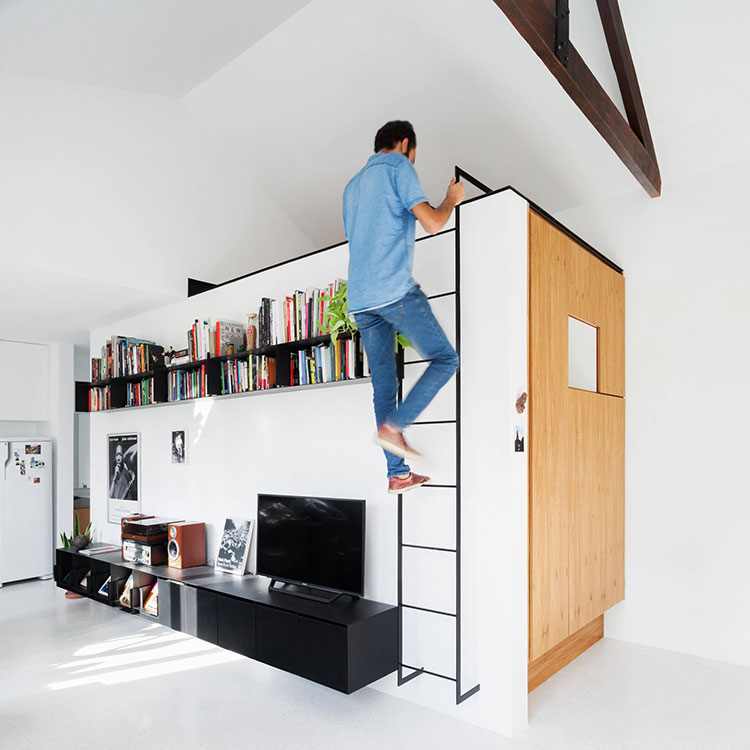 The extension of the already existing wall allowed the creation of a volume that shelters the bedroom, relocating it from the main facade, which was turned to the street, to the posterior one, where the windows faced an interior garden used by all the inhabitants. Besides preserving this resting ambient from the street sounds, the new establishment was also intended so that the proportions of the integrated living area (living room, kitchen and balcony) were balanced, as well as the natural light that falls upon which of them. 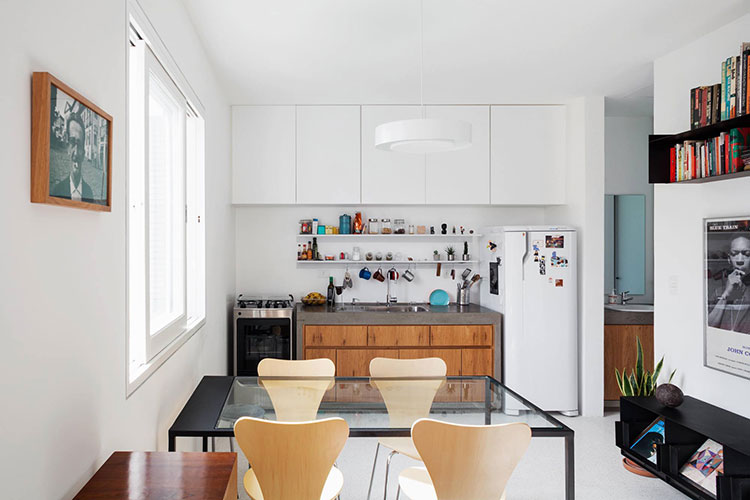 In the external facet, turned to the living room, the volume received iron elements (a shelf and a support furniture) that goes through 3.5 linear meters to get up books, electronic devices and a collection of LPs. Given that the building provides a collective laundry room at the ground floor, the area marked out to a private one at the flat was replaced by a big pantry cabinet (that holds not only food and household cleaning chemicals, but also a washing tank), embedded at the side facet of the mentioned volume. 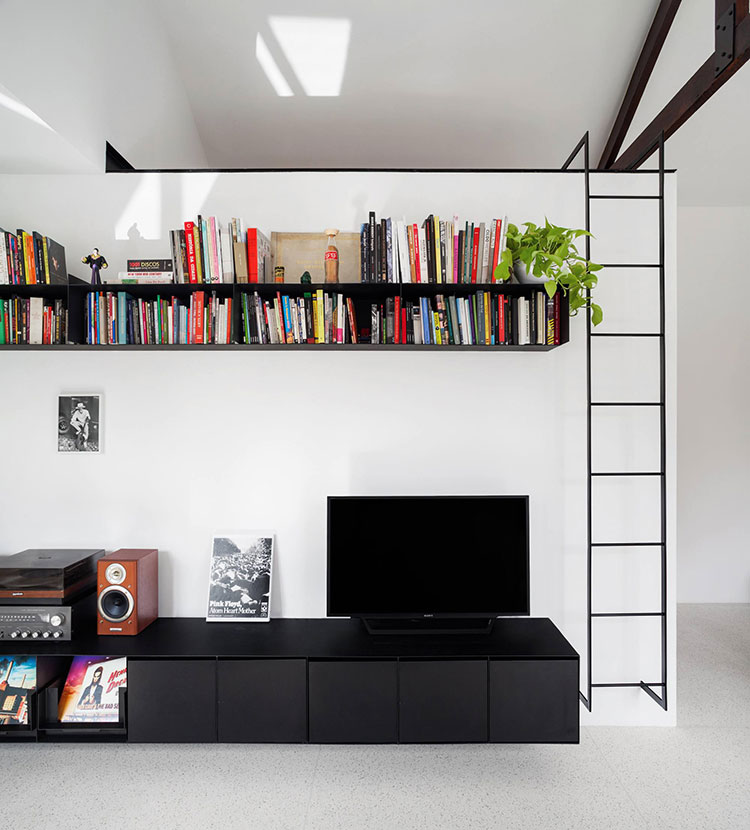 The remaining wet areas were brought together in a unique transversal axis situated at the back of the apartment. On top of the bathroom are located the storage water tanks of the whole building so that the lining underneath the kitchen, the bathroom, and the bedroom conforms a horizontal plan of a lower height, which is only interrupted at the living room area, where the ceiling leaves out the wood structure. Together, the lining and the volume untied to the ceiling were able to enlarge the social area, generating an additional space on the top of the volume that can be accessed by a metallic support stair. 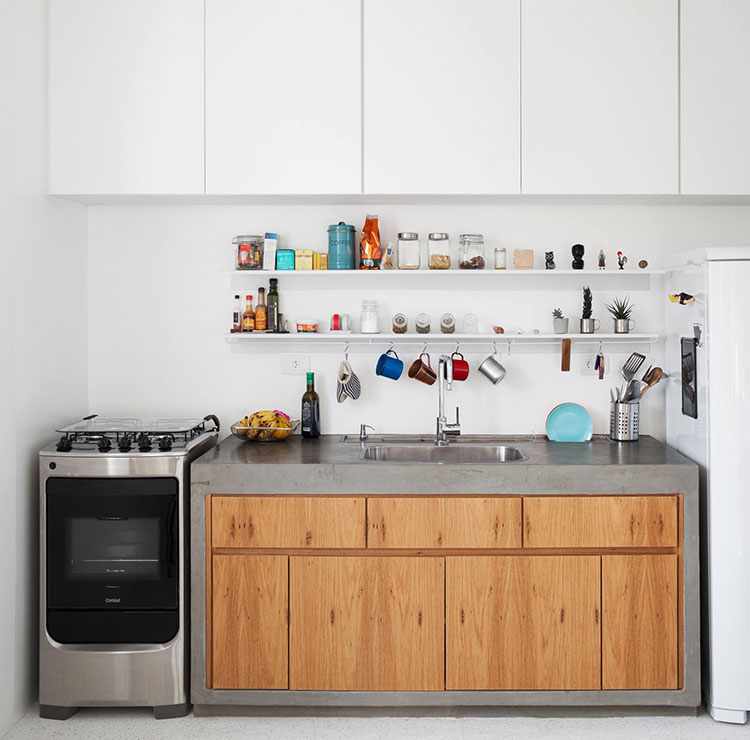 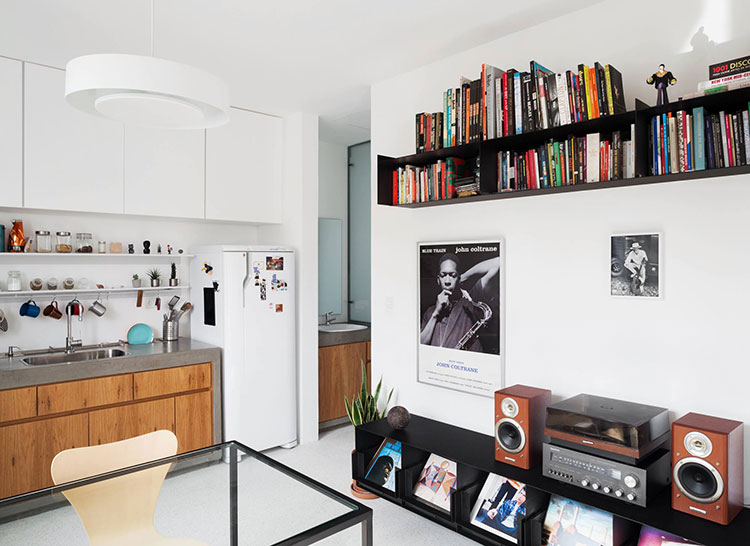 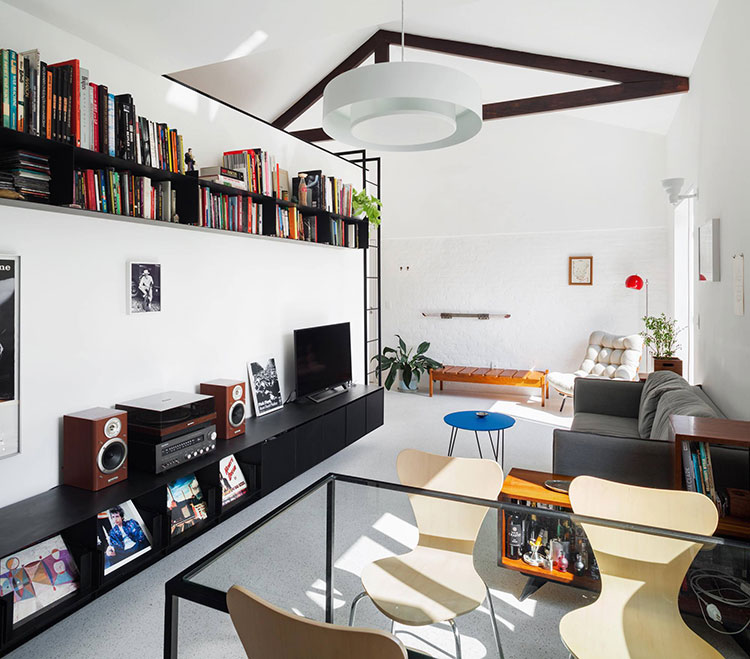 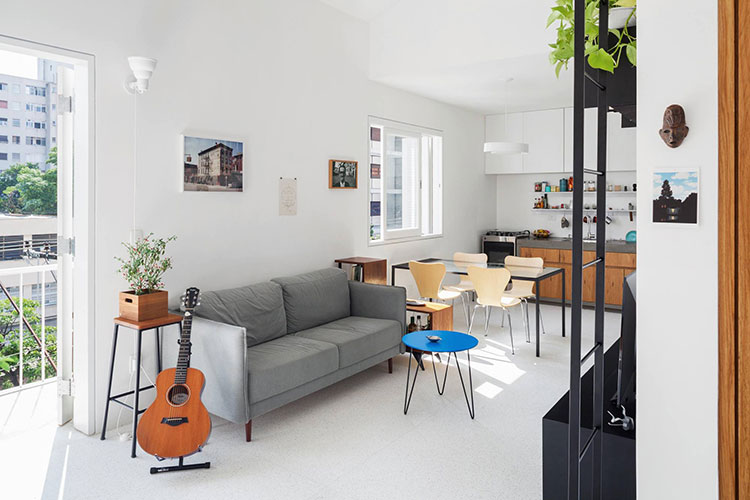 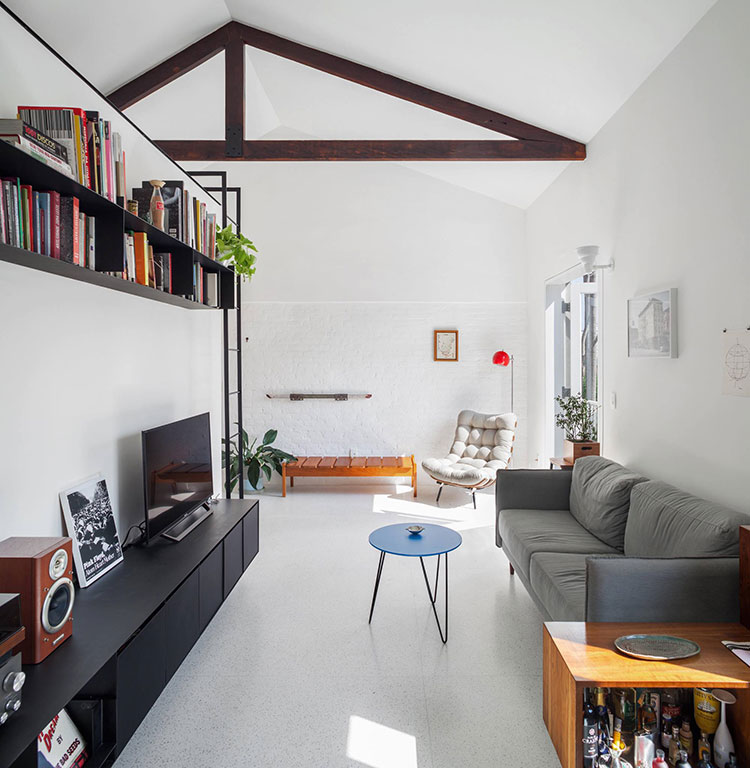