Asif Khan‘s Vantablack pavilion, the darkest building on earth, will open at the Pyeongchang Winter Olympic Games in South Korea on 9 February 2018.

The Olympic pavilion is coated with Vantablack VBx2 carbon nanotubes and illuminated by thousands of tiny white light rods. These rods extend from the structure’s parabolic super-black facade and create the illusion of a field of stars suspended in space. Looking at the building will be the closest experience to looking into space from a point on Earth. 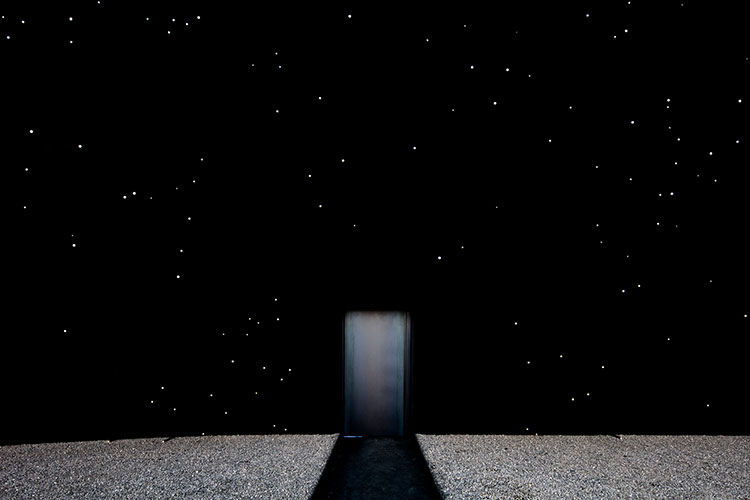 Vantablack VBx2 absorbs 99% of light, so it is hard for the human eye to make out any structures or shapes because nothing is reflected back to the viewer. In the absence of color, light and depth, a viewer’s perception of space is transformed from every viewing angle. A 3D building can be rendered completely flat.

A visual dissonance between what is in front of you and what is beyond creates a mistakable depth of infinite space – a dizzy between fore and back – that is altogether bewildering. 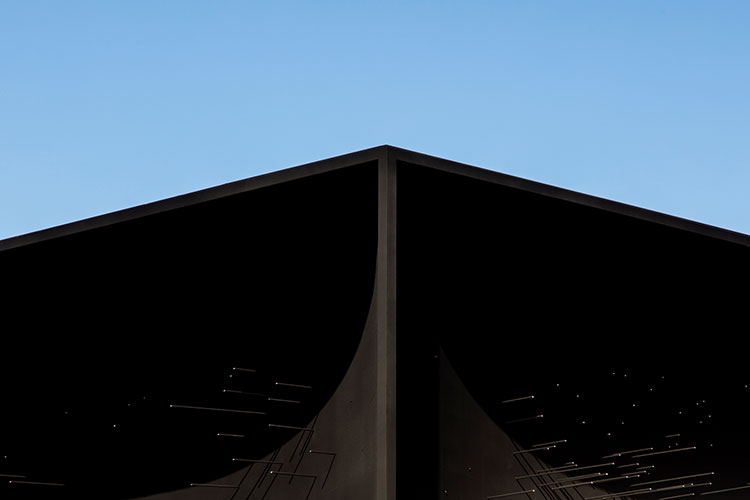 “From a distance the structure has the appearance of a window looking into the depths of outer space,” explains Asif Khan. “As you approach it, this impression grows to fill your entire field of view. So on entering the building, it feels as though you are being absorbed into a cloud of blackness.” 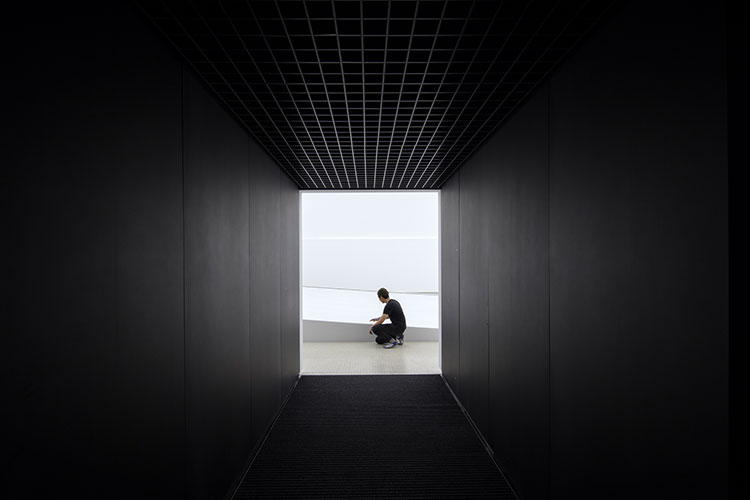 Inside the pavilion, visitors will encounter a vast ‘water room’ – a multi-sensory hydrophobic water installation that emits 25,000 singular water droplets every minute. Visitors can interact with the haptic sensors and create rhythms in these droplets as they collide, join and split across the water. These objects accumulate and amass into a ‘lake’ which drains and reappears in the space, shifting in and out of the viewer’s visual spectrum. 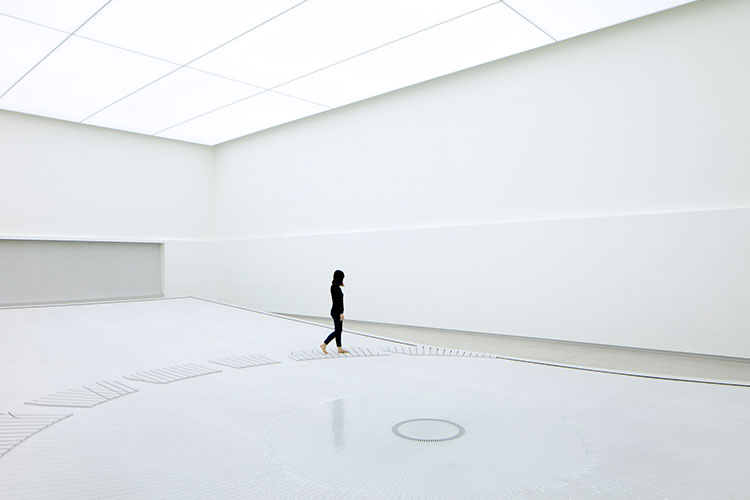 According to Khan, “The water installation visitors discover inside is brightly lit in white. As your eyes adjust, you feel for a moment that the tiny water drops are at the scale of the stars. A water droplet is a size every visitor is familiar with. In the project, I wanted to move from the scale of the cosmos to the scale of water droplets in a few steps. The droplets contain the same hydrogen from the beginning of the universe as the stars.”

Khan had been in contact with the scientists behind the original Vantablack, since 2013, after reading a paper on the subject while researching how to create a building that could be as black as space. 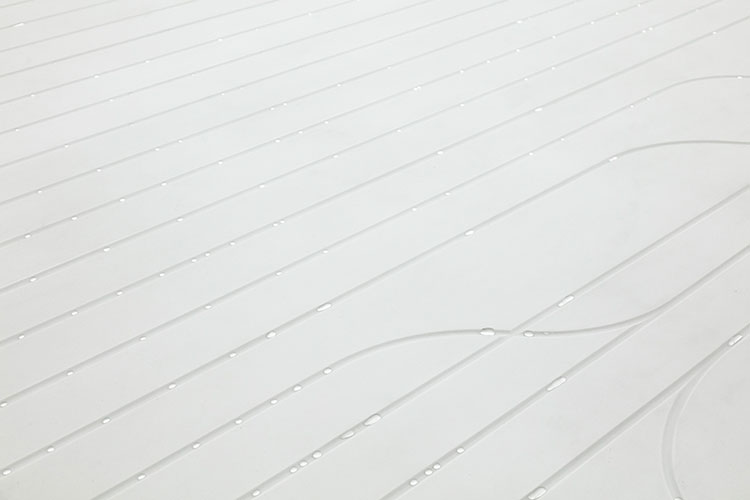 The structure was commissioned by Hyundai Motor as part of its global art initiative, with the pavilion’s space theme aligning with the car manufacturer’s latest technology: a Hydrogen Fuel Cell vehicle.

The “stars” on the outside represent the chemical element on a cosmic level – gaseous balls shining due to the thermonuclear fusion of hydrogen into helium at their core. Inside the pavilion, the liquid embodies hydrogen at a more human scale, as two atoms of hydrogen bond with one oxygen atom to form water. 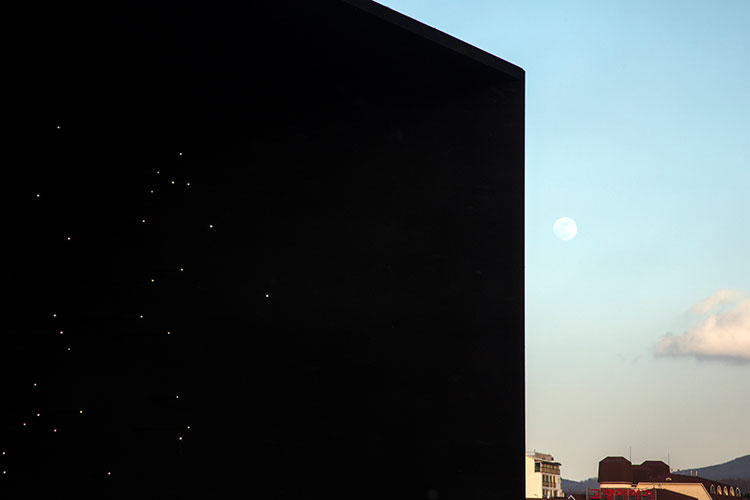 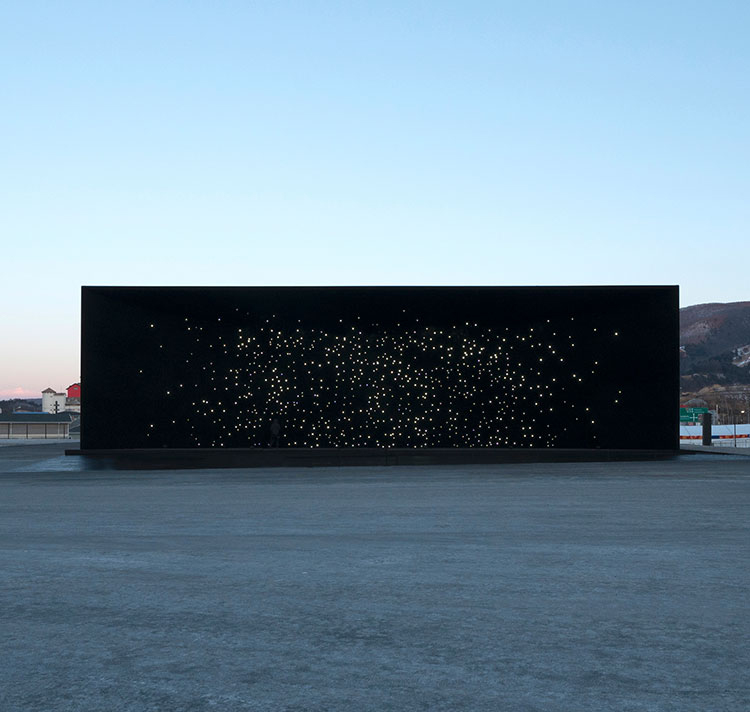 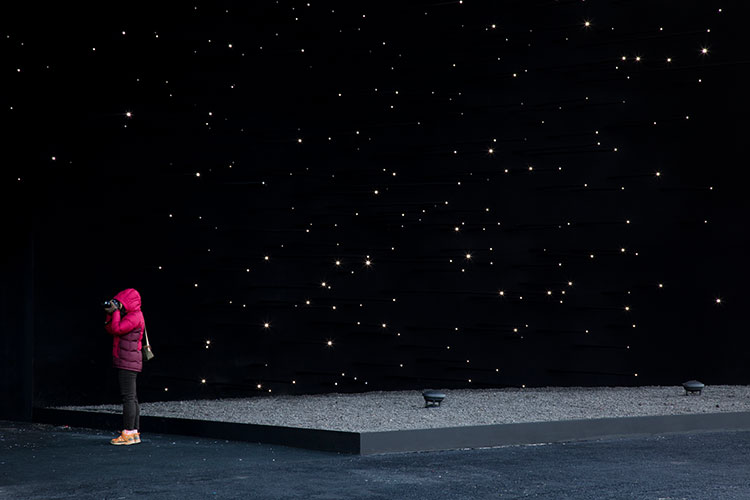 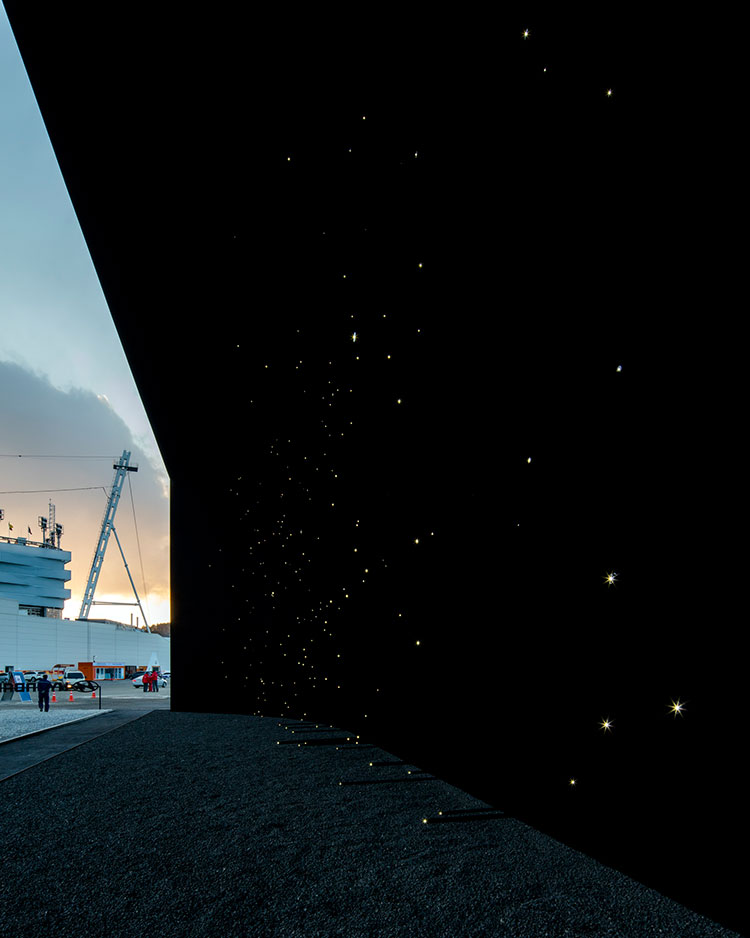 all images by Luke Hayes | video by Jun-Beum So