The bunker in Bülowstrasse was built in 1939 as WWII began. The original purpose was to protect the women- and children hospital across the street, but in the last moment, it was decided to use it as a part of the hospital. By a tunnel, the Bunker was connected to the hospital and during the war, the bunker served as the perfect shelter for newborn babies and their mothers as well as offering calm operation theatres for the sick and wounded. 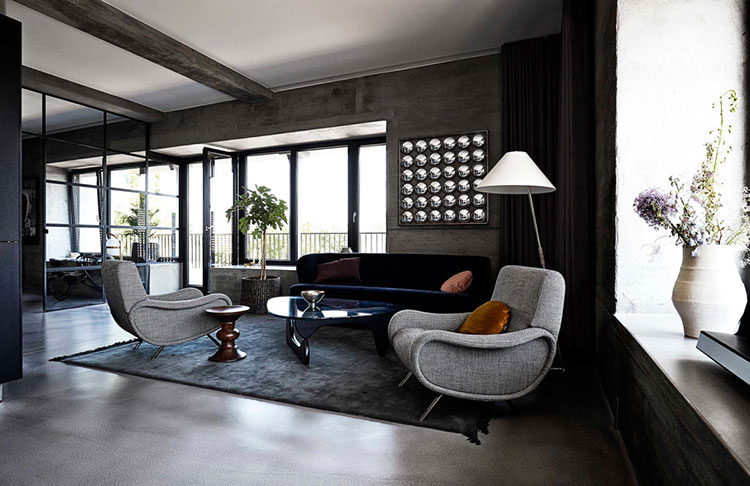 The “Flak-Kanon” was never mounted on the top of the bunker as intended, but instead, a Red-Cross flag was painted to clearly mark the purpose of the building. As the Allied bombers repeatedly swept across, Hamburg leaving a devastated city behind, the Bunker and the hospital in Bülowstrasse was left intact to serve its purpose. 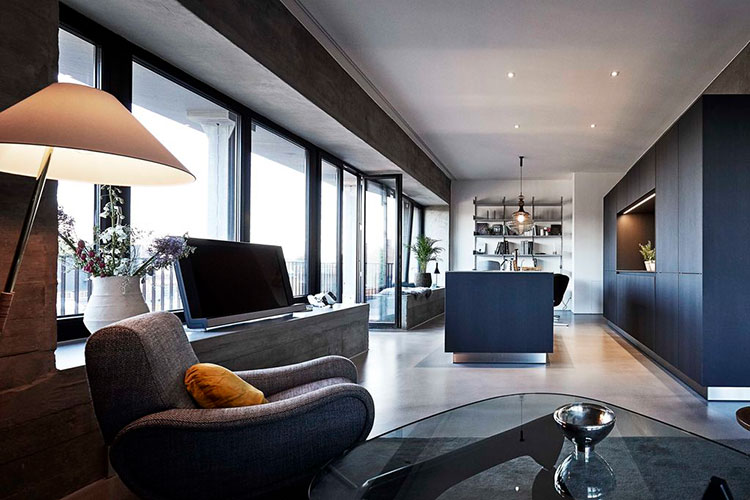 The former bunker has been stripped back to its bones and carved into loft-like spaces with floor-to-ceiling windows. This one-bedroom apartment takes up the entirety of the converted bunker’s fourth floor and the modern holiday home is available to rent here. 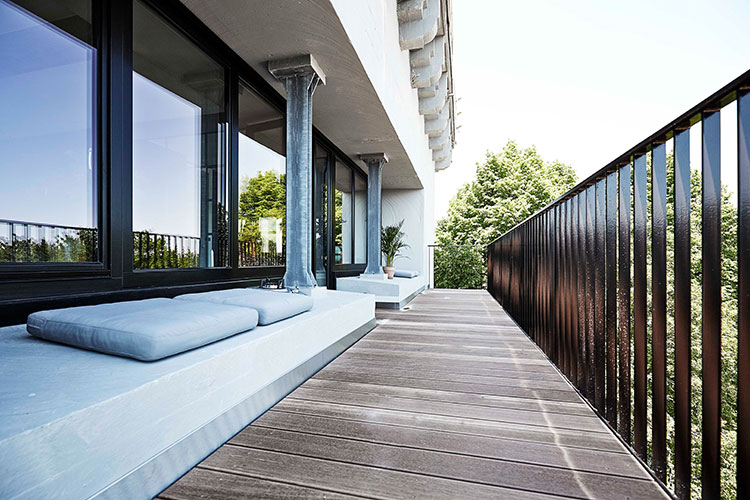 In the basement of the Bunker, you’ll find the original diesel generator which has been restored. Not that it runs but you can see what it looked like during the war. The generator made electricity and on the walls, the old switches and electrical instruments are still there. 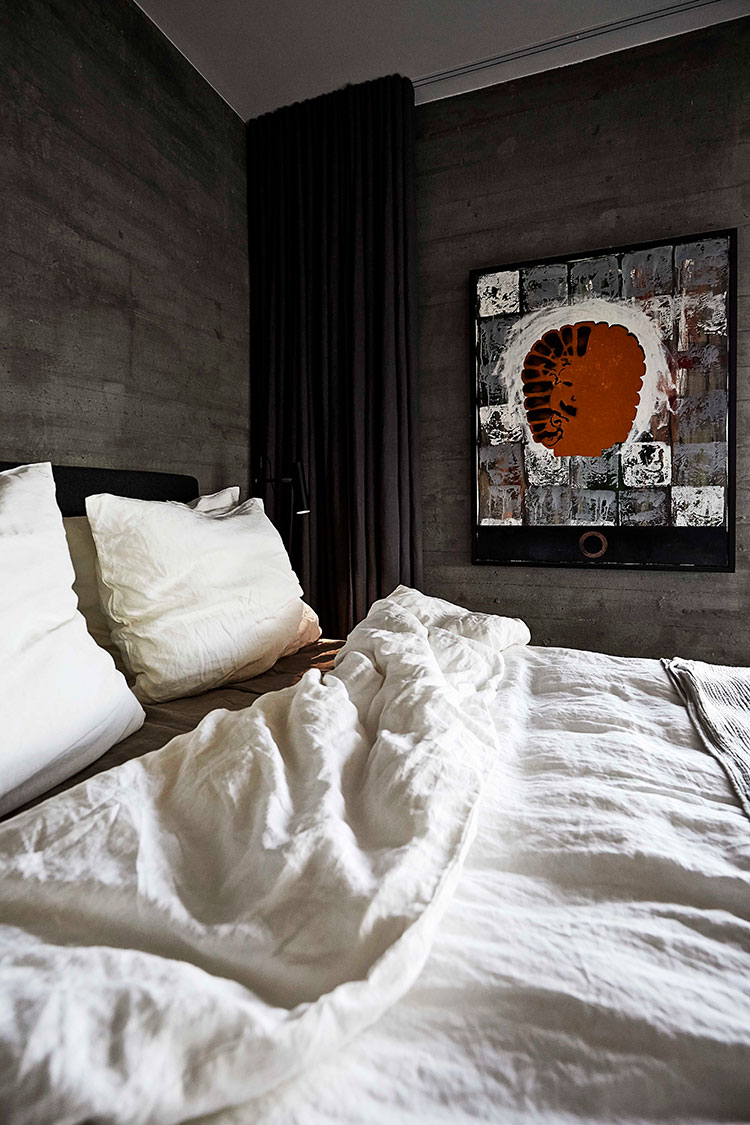 The building is a statement in itself bearing witness of another time and a precise purpose of protecting people from what was happening around it. “We respect that and have left the raw walls as they were made by the hand of workers in 1939“ says the designers. 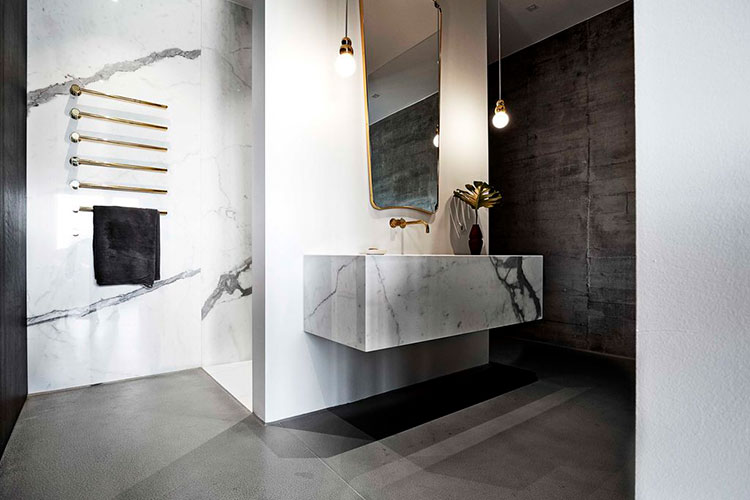 Kramer masterminded the apartment’s industrial-inspired interiors, which feature smooth concrete floors and rough textured walls, offset by bronze, wood and marble details in the bathroom and kitchen. A Crittall-style glass wall separates the bedroom from the open-plan living areas, and rooms are furnished with design pieces from Arne Jacobsen, Eero Saarinen, Cassina and a Bulthaup kitchen. 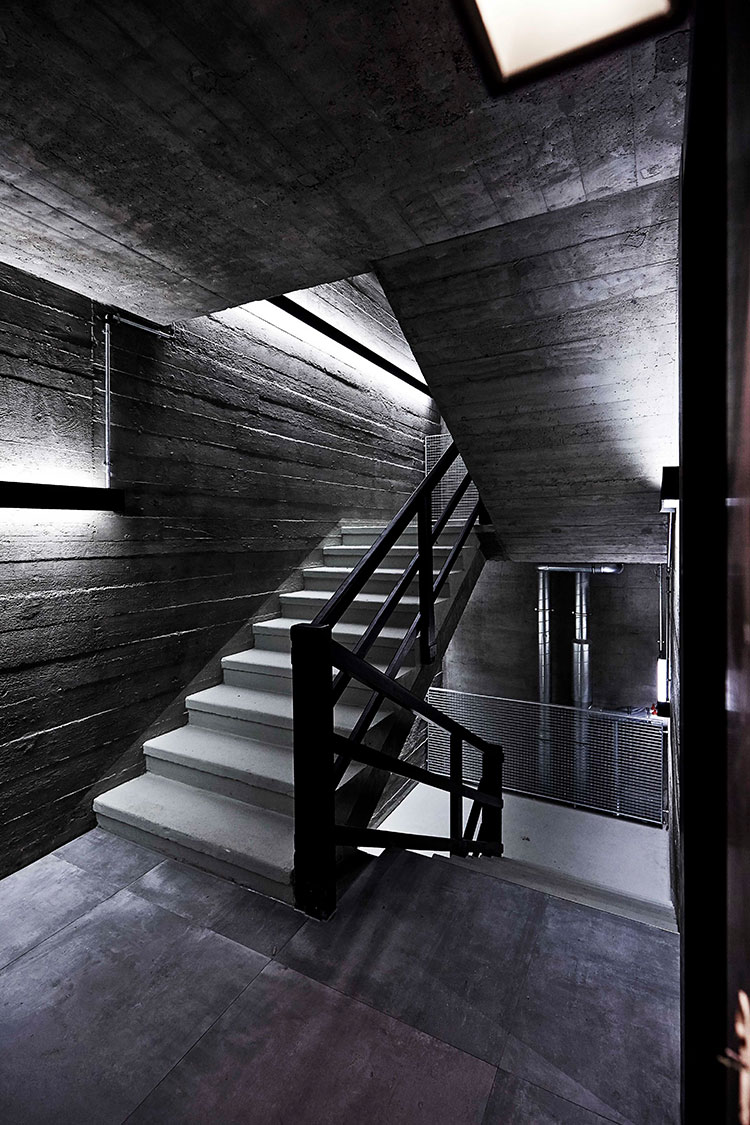 all images courtesy of Bunker Hamburg