Attics comprise a peculiar urban geography. As the tops of buildings, they can reveal surprising singularities that are hard to imagine when one is strolling through a city at ground level. Cupolas, pavilions, terraces and towers share the space with leafy plantations, delusions in textile, illegal transparent enclosures and sloping tiled roofs. 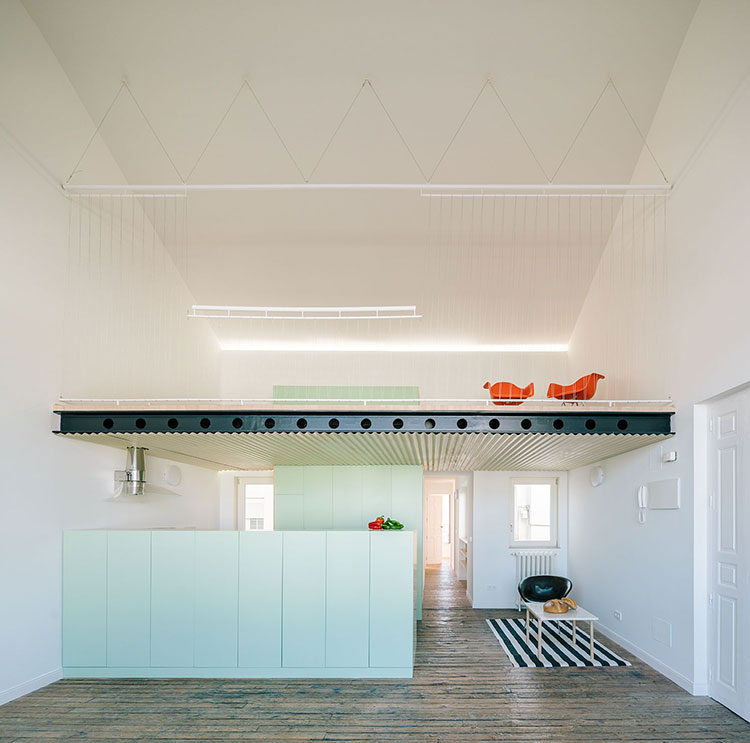 This project is linked to this world of fantasy, which it exploits through the restoration of the site’s stunning original features and the invention of architectural operations close to woodwork and gardening.

The space originally housed an Academy of Fine Arts. In essence, it possesses all of the qualities of traditional painting studios: a principal volume with a soaring gabled roof, which reaches a height of 7 meters at the ridge beam and boasts a large north-facing bank of iron-framed windows that provide an even illumination to the workspace. 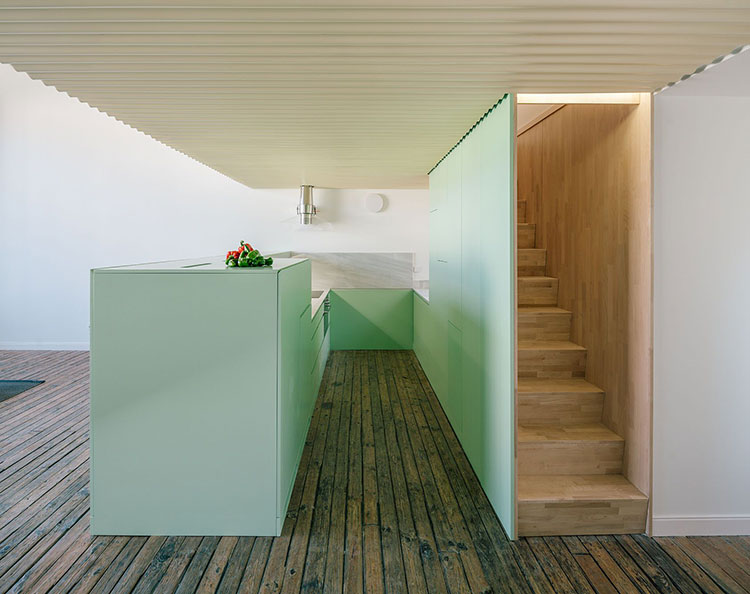 The rest of the structural elements are made up of smaller volumes arranged around two interior patios and the building’s rear facade. The setbacks on the facades make it possible to enjoy the outdoors in two singular spaces. On the north side, there is an elongated terrace with direct views of a picturesque turret. The south terrace offers an expansive and wonderfully-oriented space with large enough dimensions to be thought of as a whole other room. 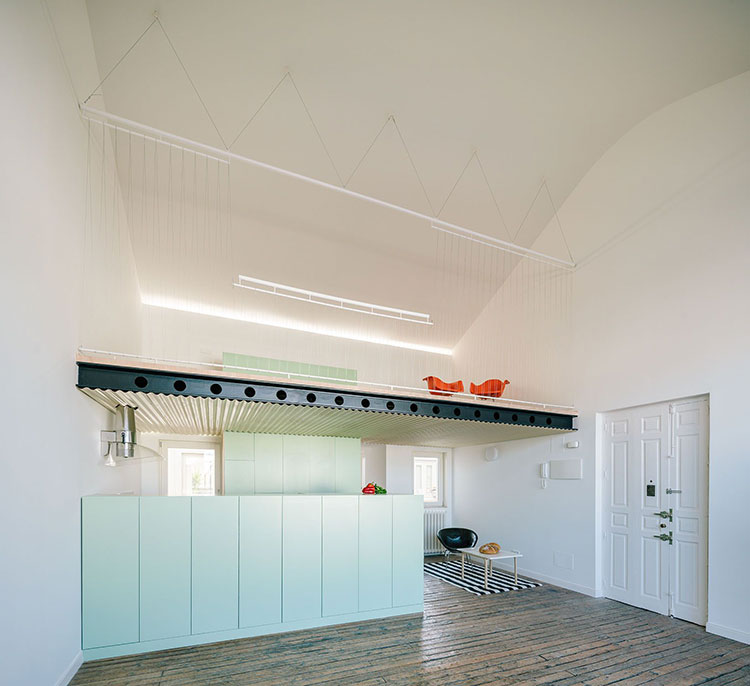 The project followed two strategies. The first was to maintain all of the singular features that made the original space so unique: the architects respected the striking volume, the beautiful divided panes of the picture window, the old pine floors and the original wood doors. The second was to work on the space through specific operations that were coherent with the logic of the building of large-scale furniture or garden elements. In the main area, Langarita-Navarro has rebuilt a precarious loft using a solution that resolved both structural and air conditioning issues, minimizing its visual impact. 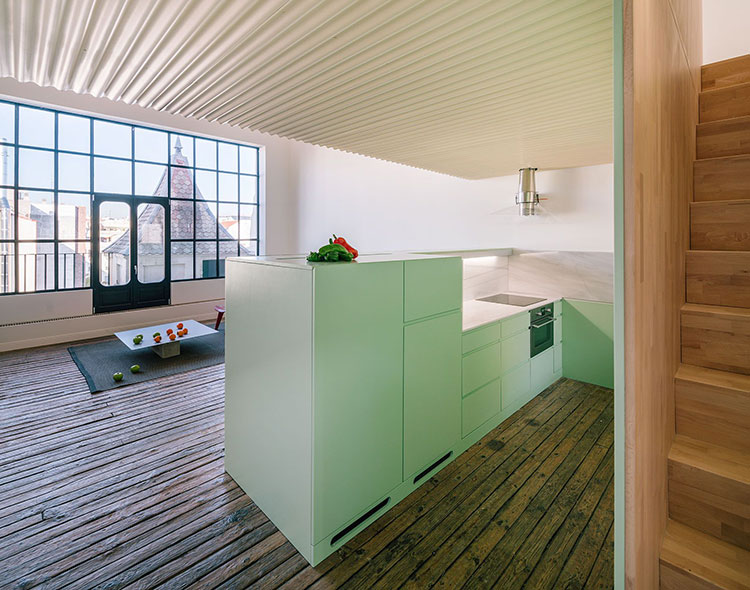 The space under the loft was used for the kitchen, the staircase to the next level and storage. In the rooms, a wall of closets and a window form a permeable border with the exterior. The south terrace was conceived of as another room, in which a network of climbing vines (roses, wisteria, ivy and jasmine) will create an aromatic, intimate and hedonistic oasis. 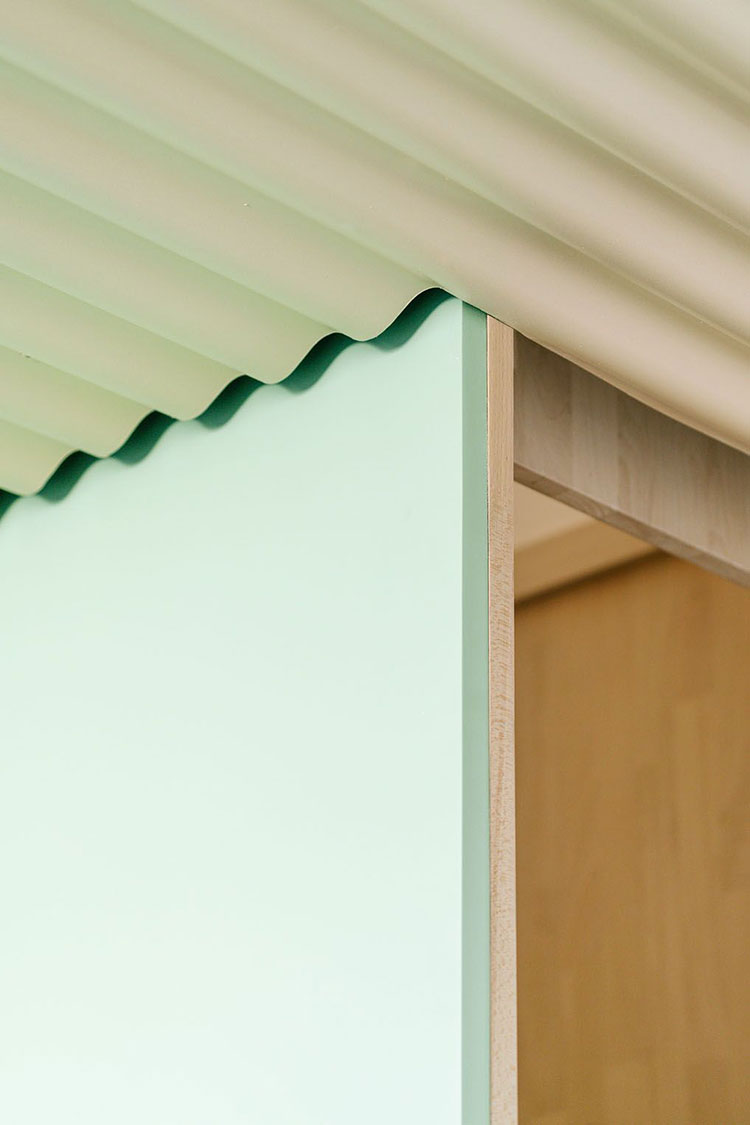 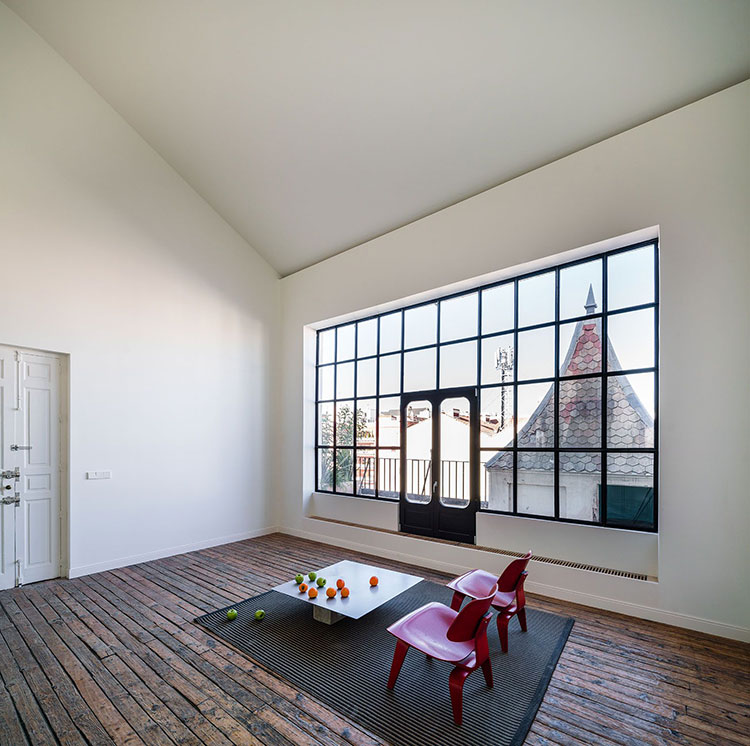 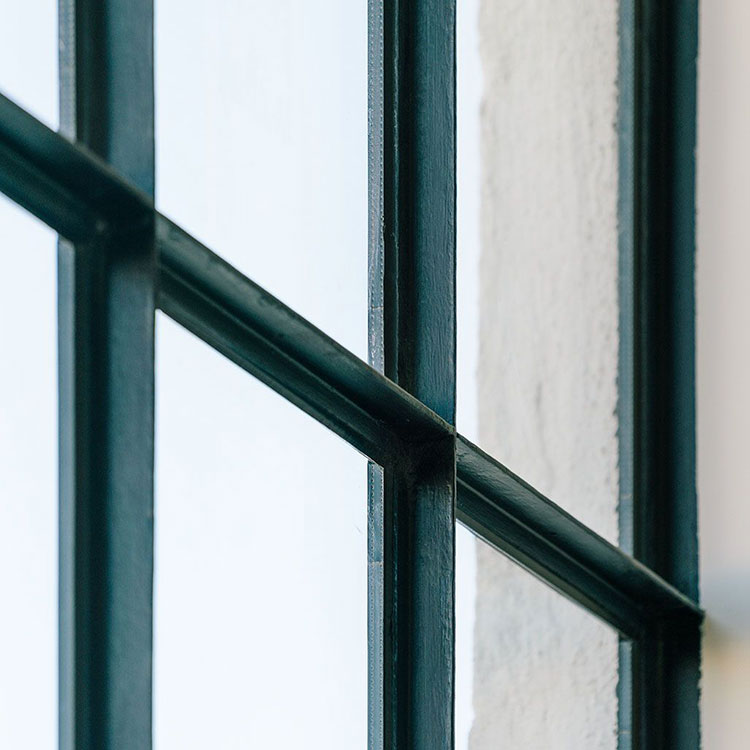 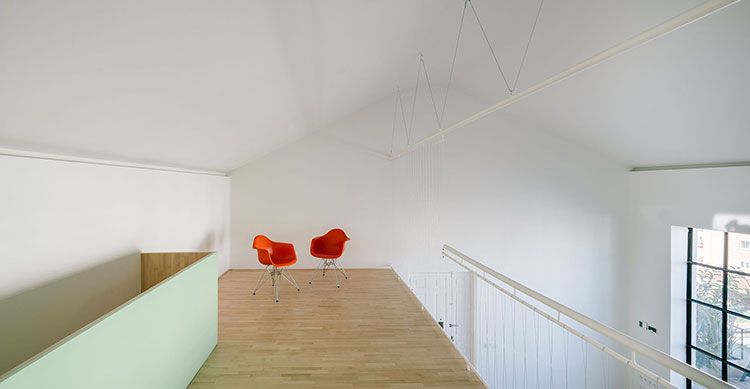 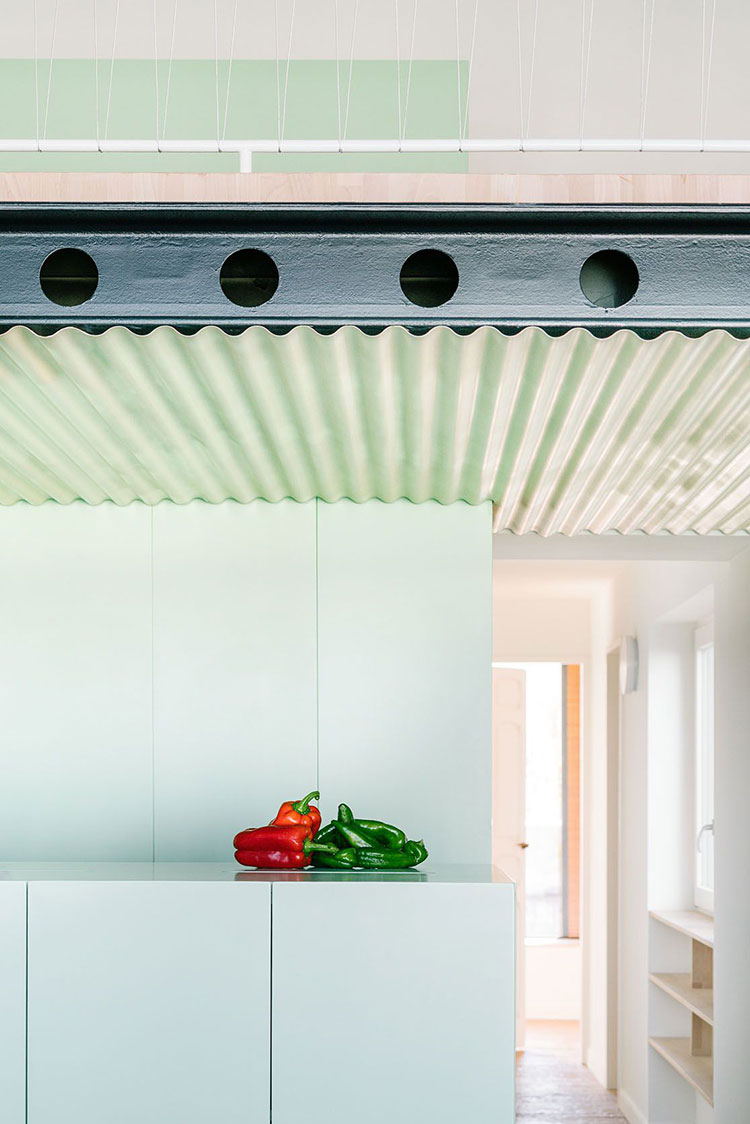 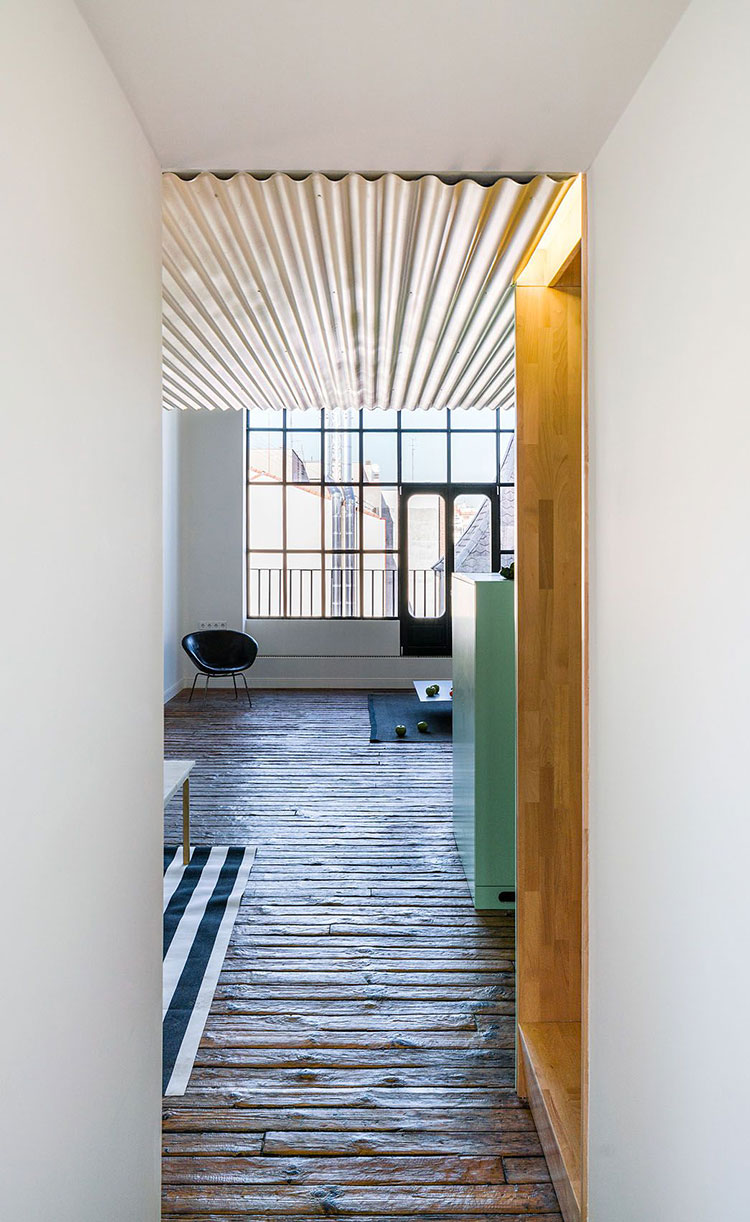 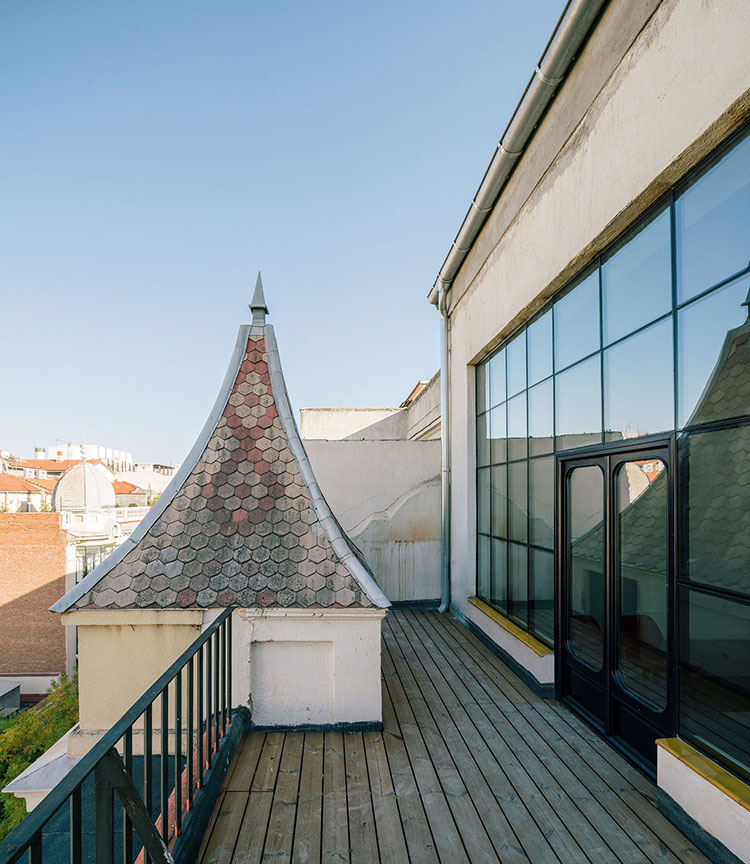 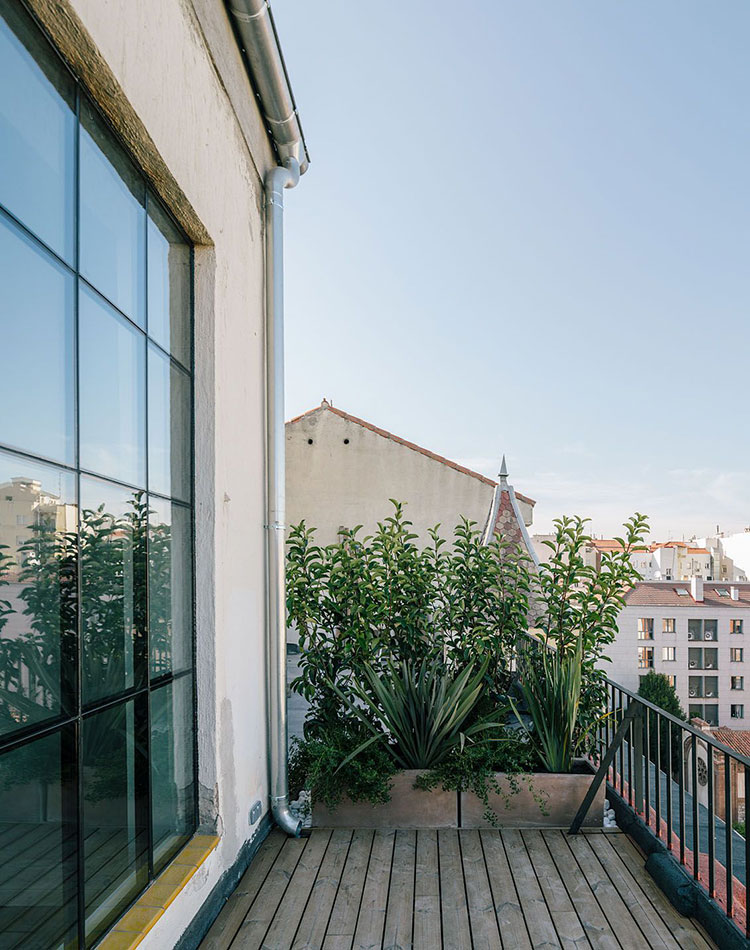 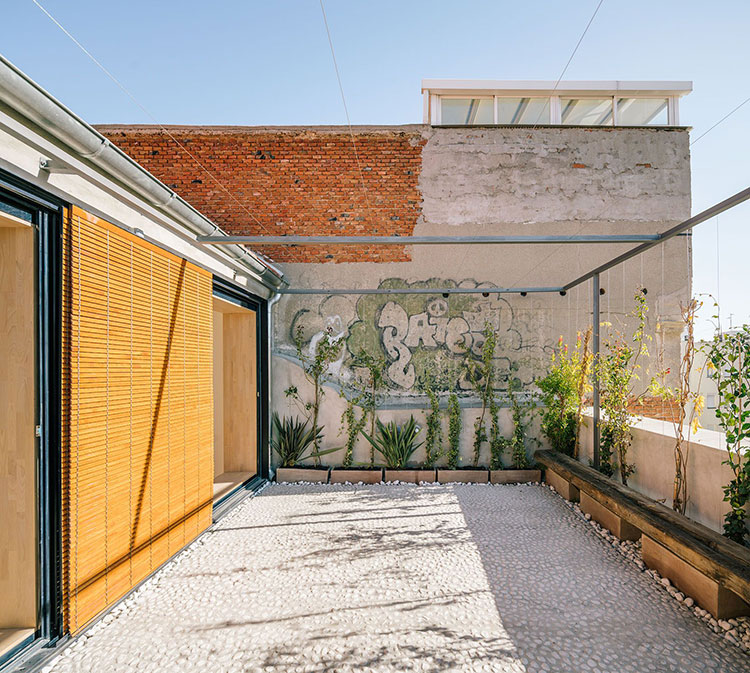 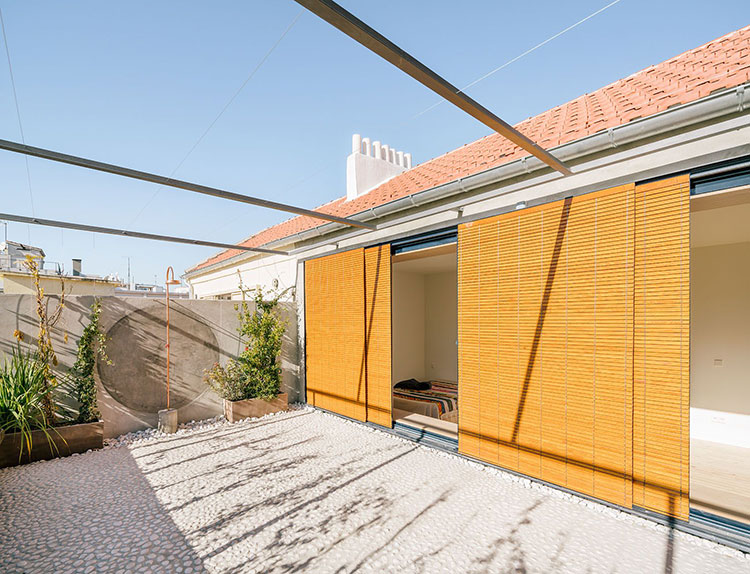 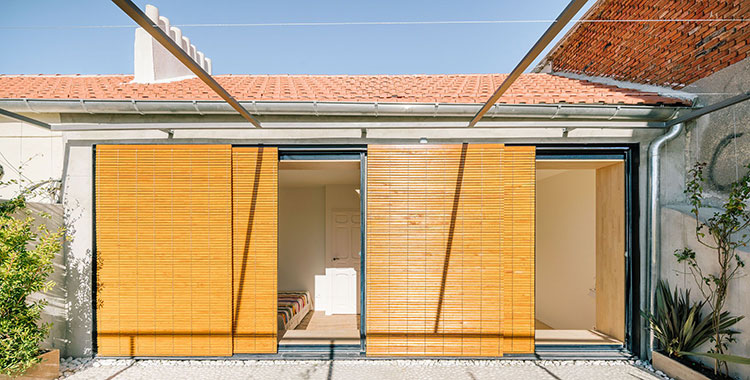 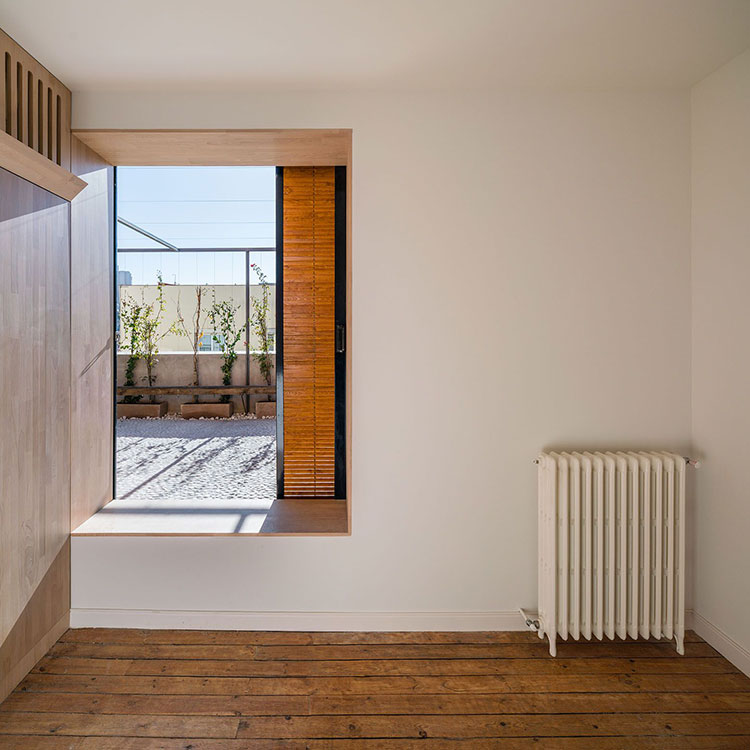 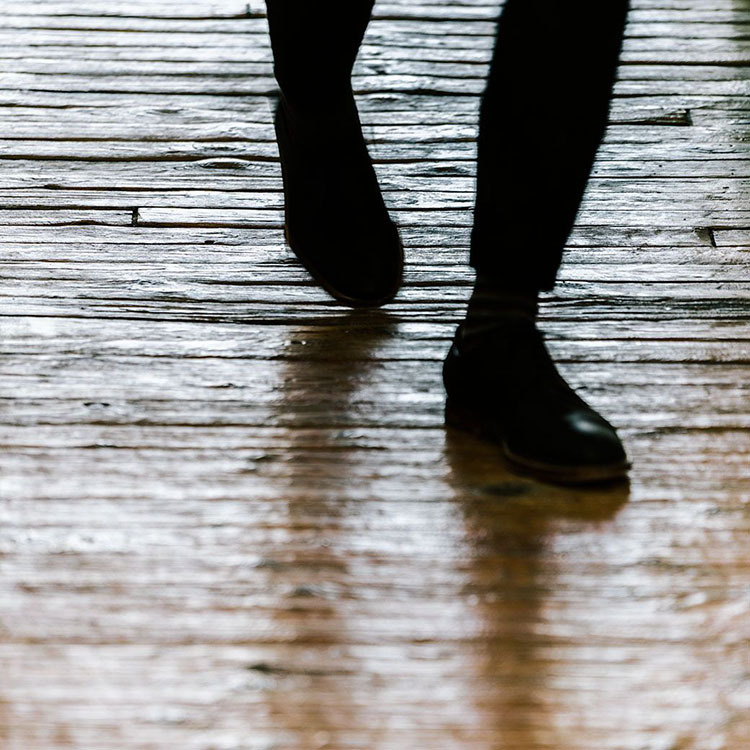