Architecture firm Marià Castelló Martínez has recently designed this house for a family sensitive to the environment on the south coast of the Spanish island of Formentera.

This territory has a place that unleashes the desire to inhabit a oneiric view, where the horizon is only cut by the beautiful silhouette of the Pi des Català Tower, built in 1763. The project focuses on the duality between the telluric and the tectonic. The heavy and the light. The earth and the air. The handcrafted and the technological. Compression effort and traction resistance. The rock, which comes to the surface in the chosen place, has been carved as if it were a sculpture, offering a cavity reminiscent of the  ‘marès’ stone quarries. A whole space materialized with a single stone. Monolithic. Megalithic. Stereotomic. 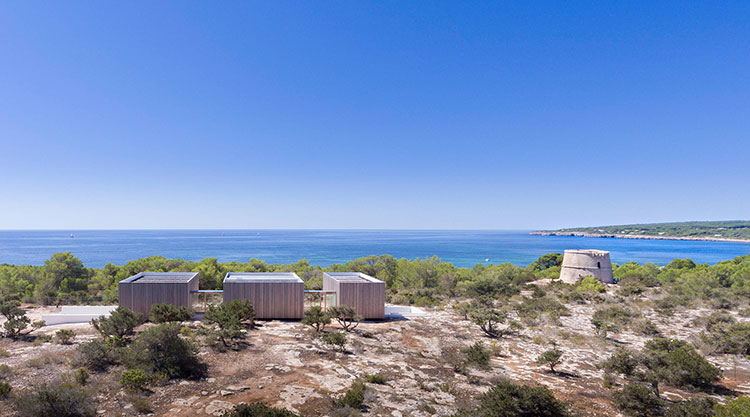 The house’s program is divided into three light modules built in dry construction systems and a cavity made by subtraction of material on the lower floor. This longitudinal disposition gives place to full-empty successions, patios, connecting walkways, transverse views and a place created by time and discovered by surprise: a natural cave in the main access courtyard, which was integrated to the Project during the process of construction. 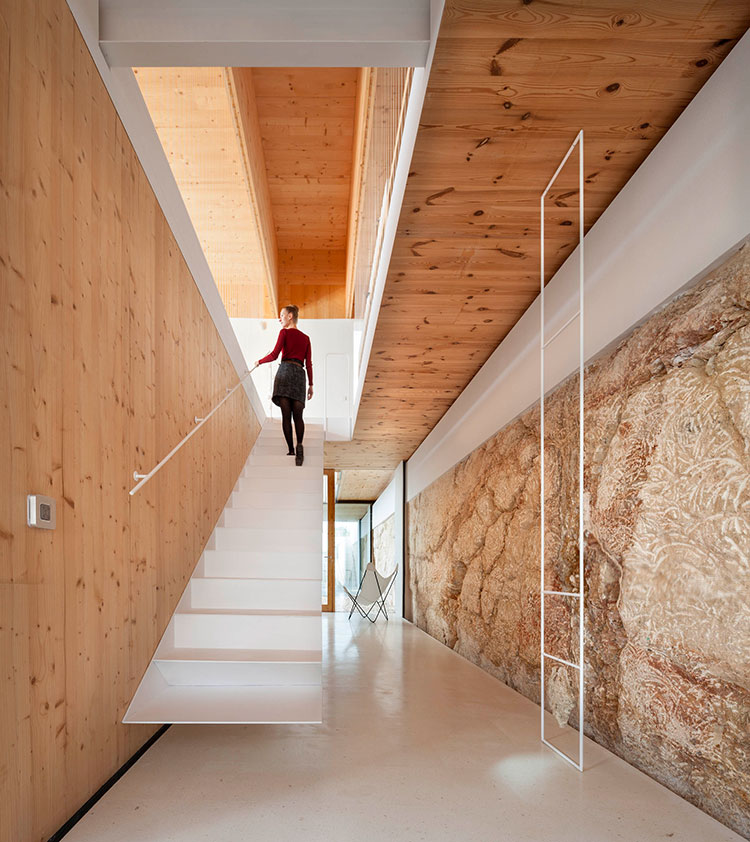 The structure is easily comprehensible and manifests itself in three layers with ascending levels of precision: the lower floor expresses  the obvious absence of containment walls added to the rocky layer, as well as the appearance of a small concrete structure that regulates the upper level of this floor and constitutes the support platform of the ground floor. On the upper floor, as if it were a real-scale scale model, the double-supported set up of the structure becomes evident from the inside, where it has been left seen in most cases. Here a single element (cross-laminated wood panels) cluster several functions: structure, closure and interior finishing. 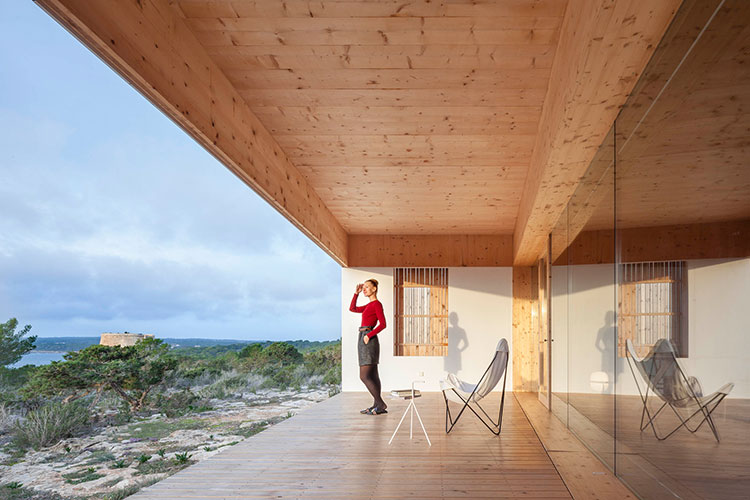 The superior quality of the used materials and their unions has played an important role in the process of creation and realization of the project. Bioconstruction criteria have given preference to natural materials and if possible from the construction place: sculpted rock, crushed gravel from the excavation, Capri limestone, pine and fir wood, recycled cotton panels, white Michael marble, and high permeability silicate painter.

All this has reverted to hygroscopic enclosures which are permeable to water steam and guarantee pleasant and healthy indoor environment, while at the same time require fewer energy efforts for the proper building functioning. At the environmental level, the design provides passive bioclimatic systems of proven effectiveness in this climate, as well as water self-sufficiency thanks to a large volume rainwater cistern that reuses rainwater. 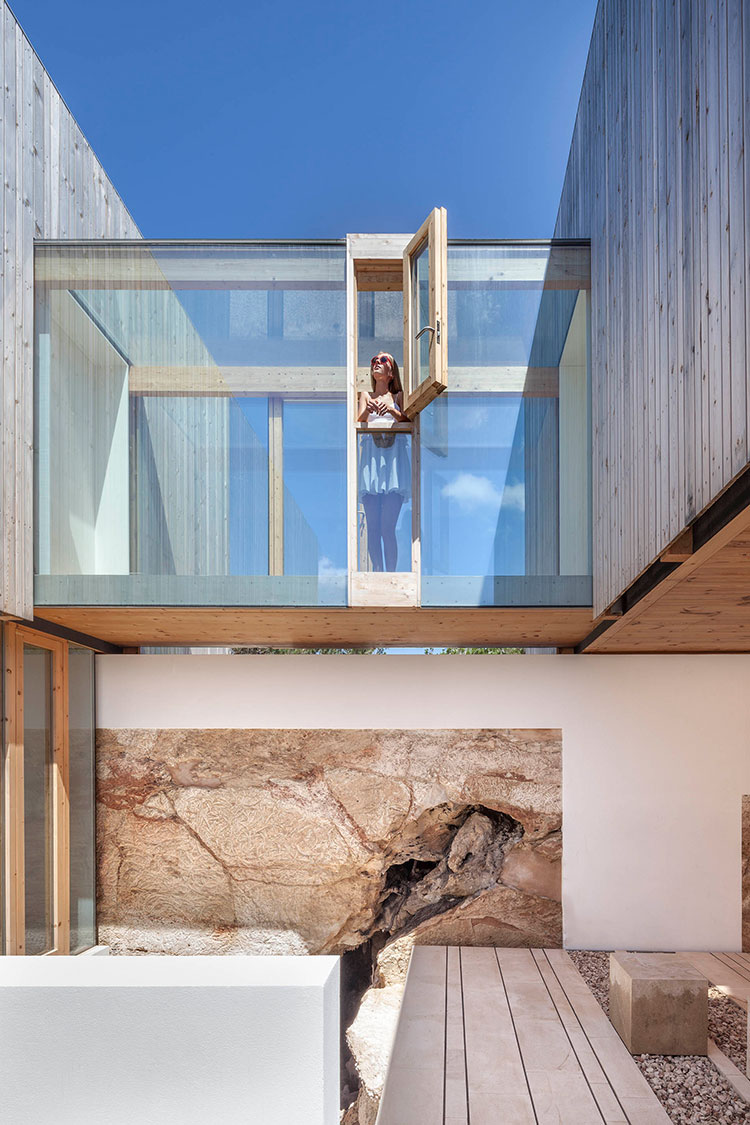 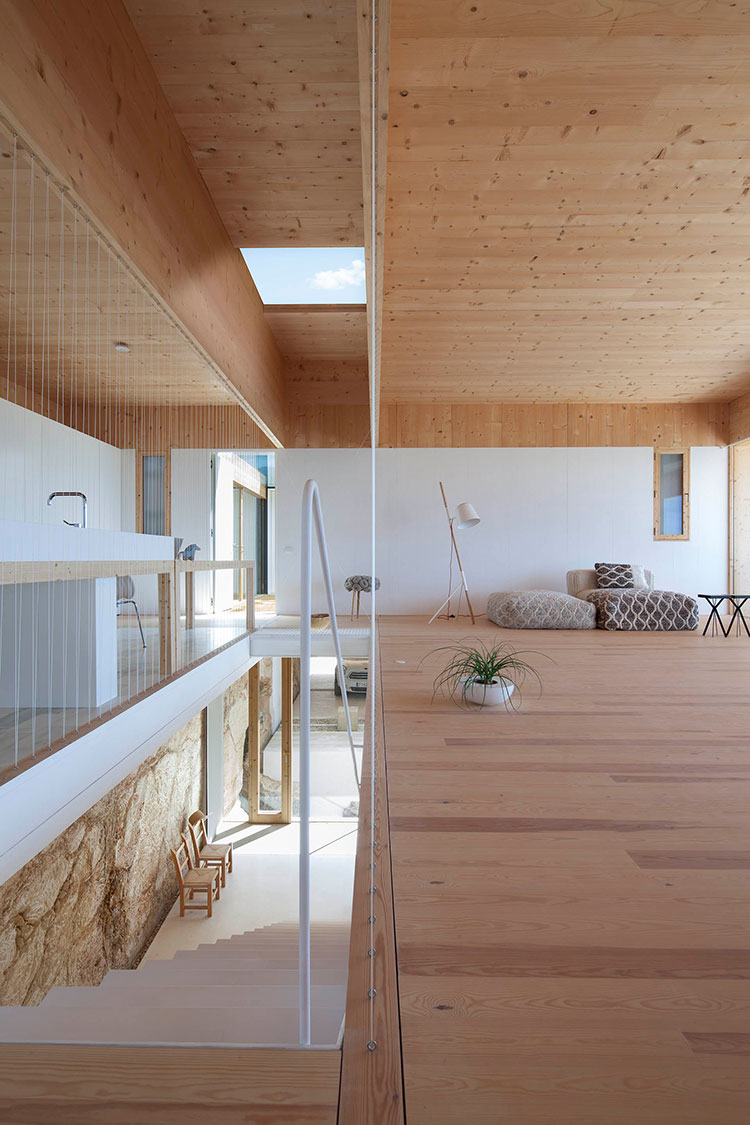 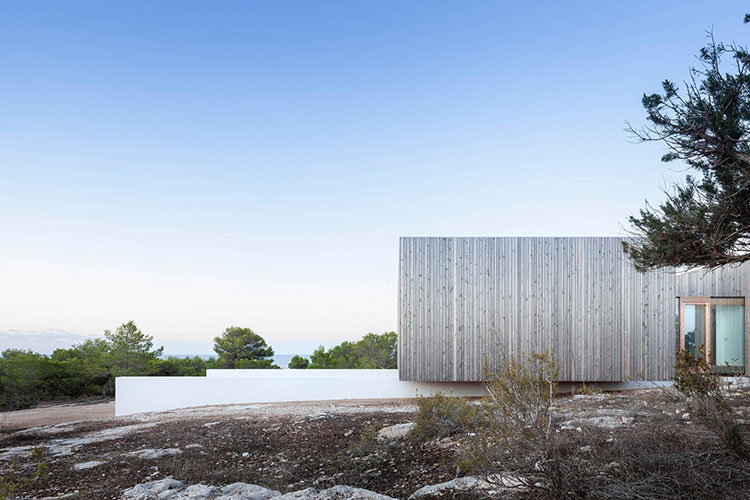 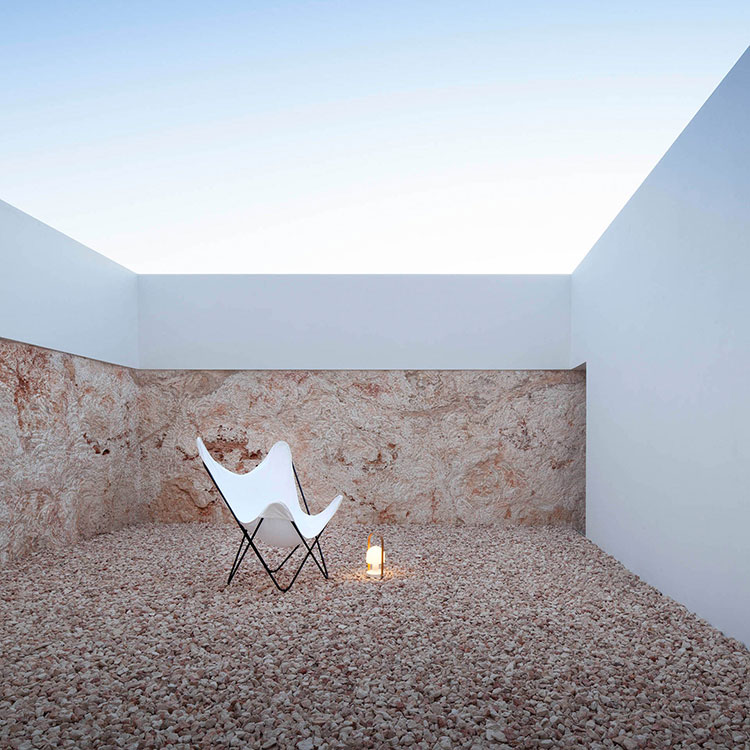 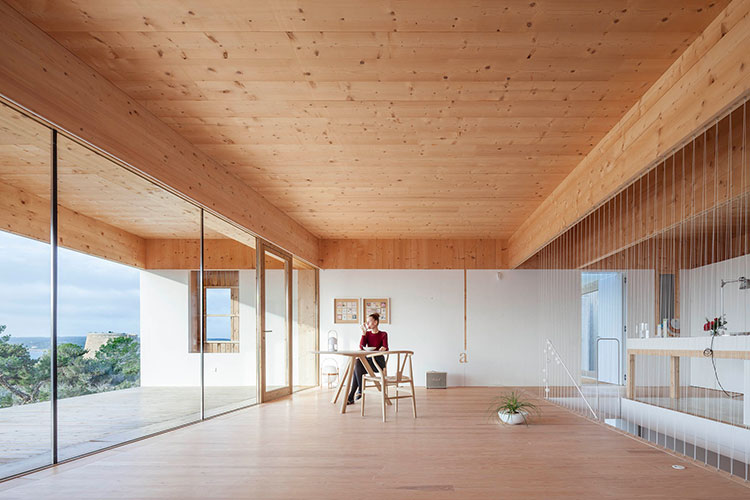 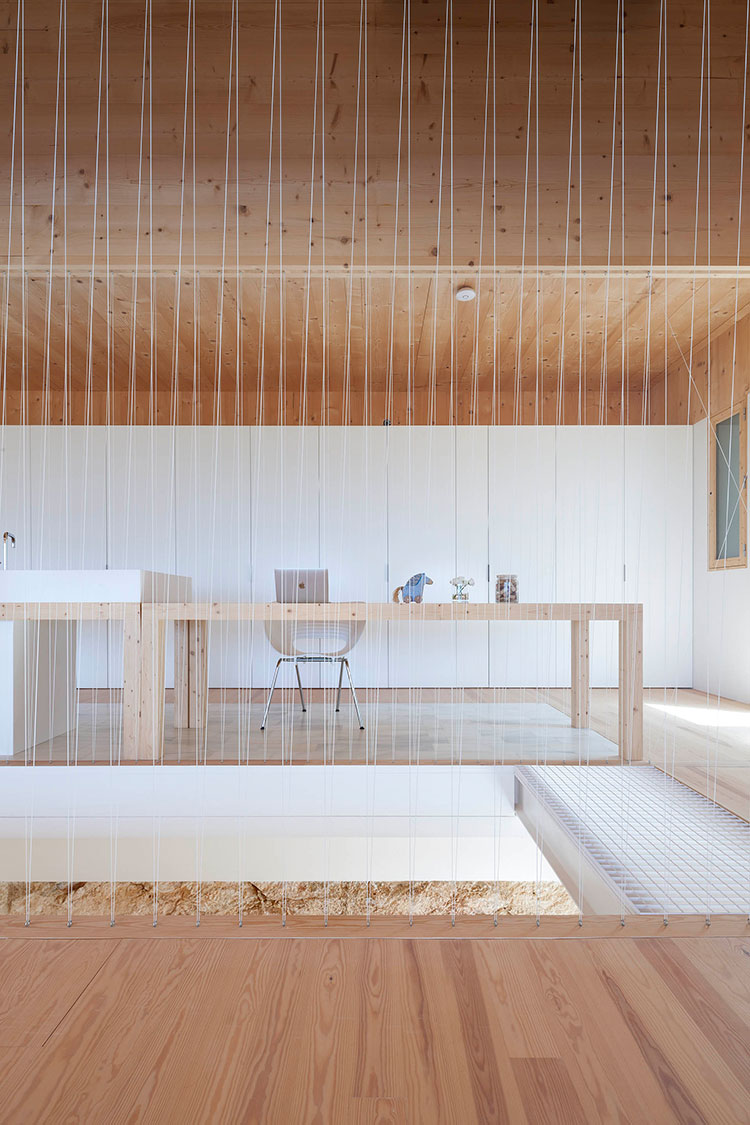 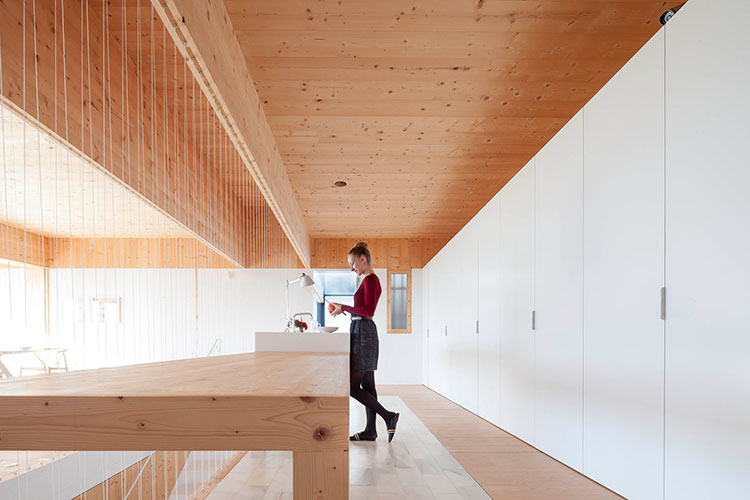 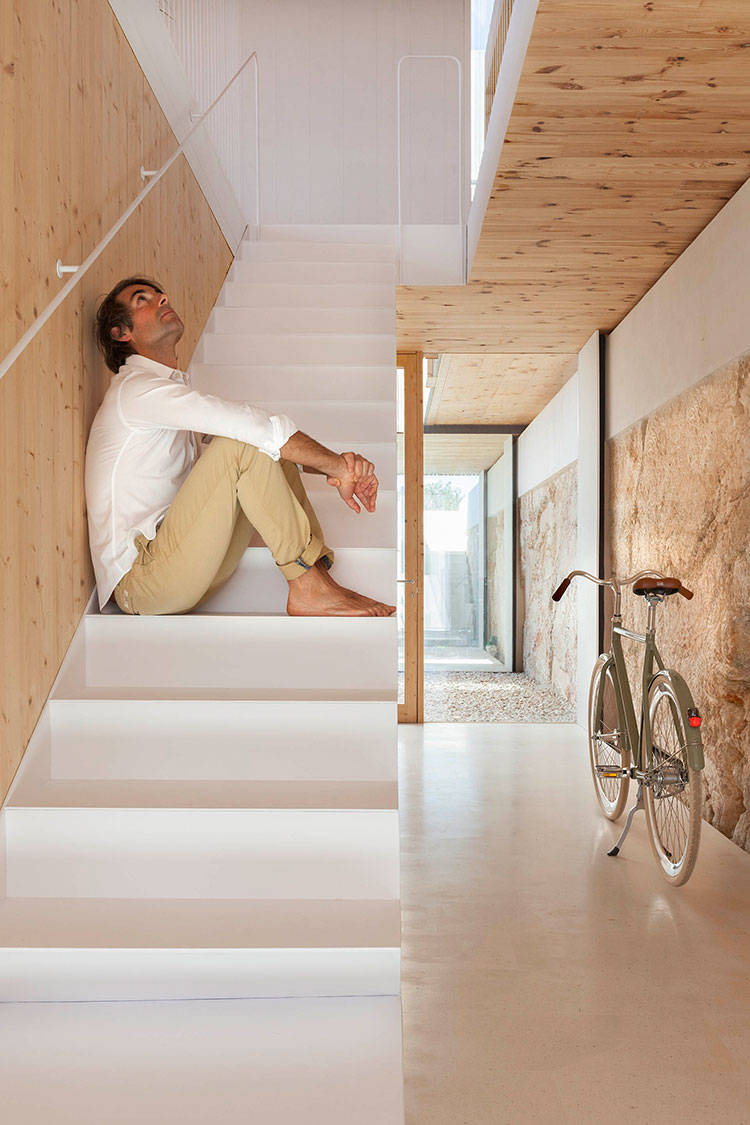 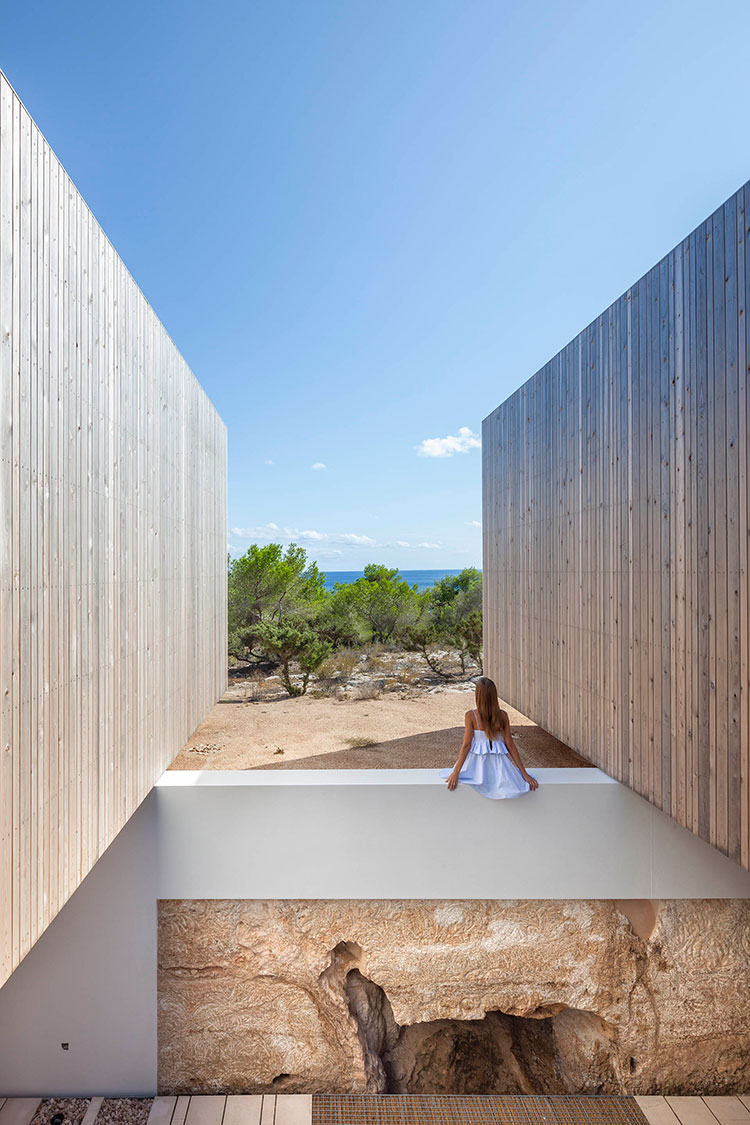 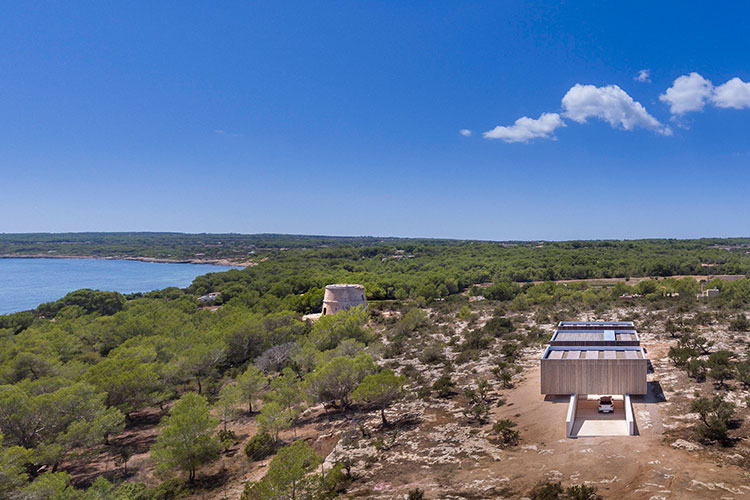 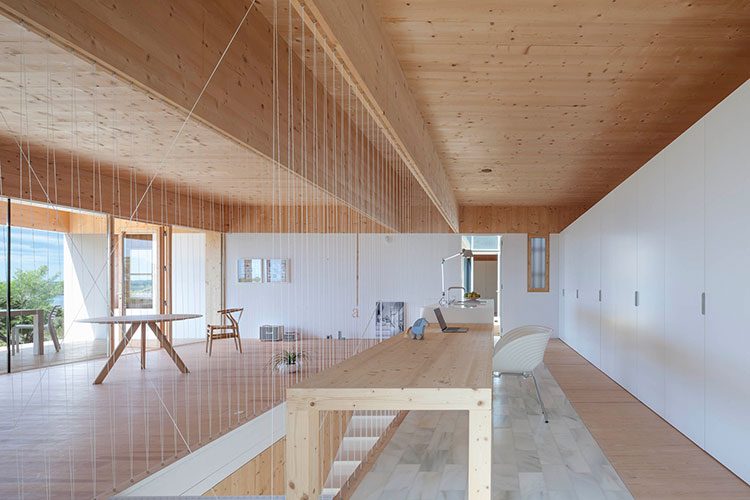 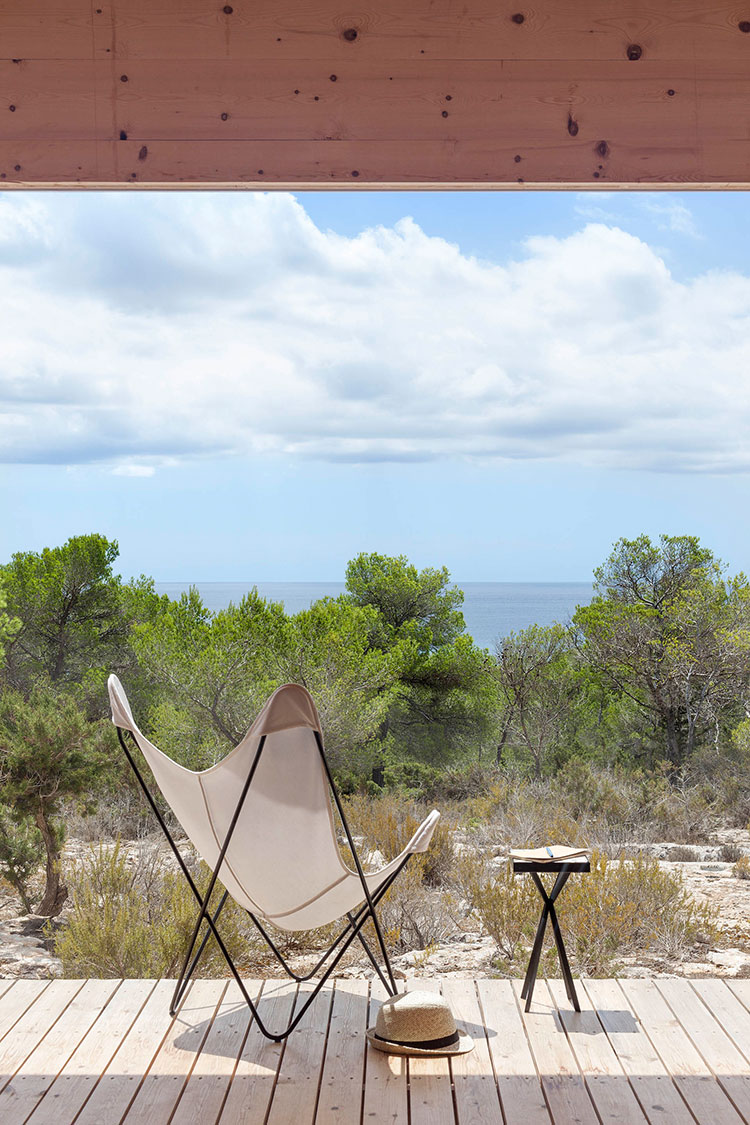 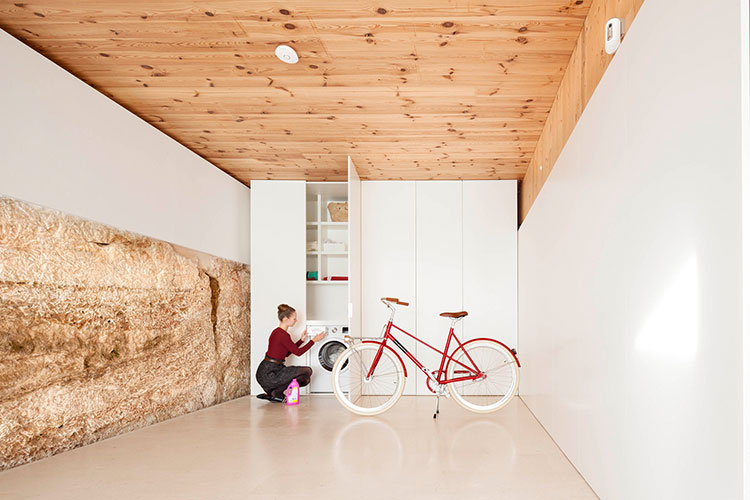 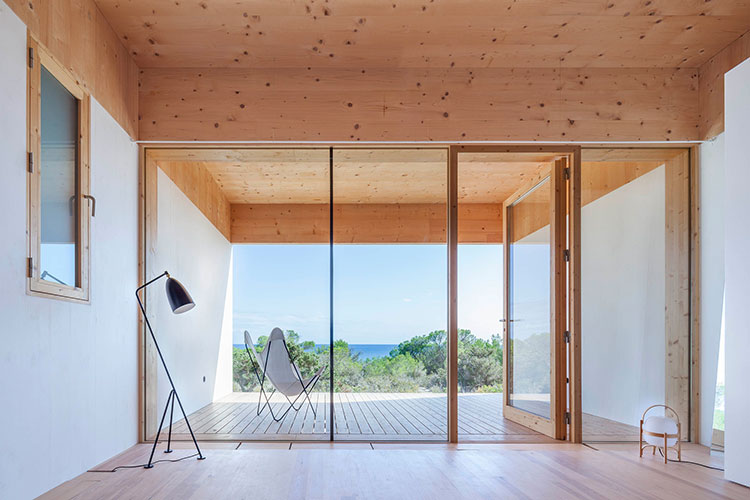 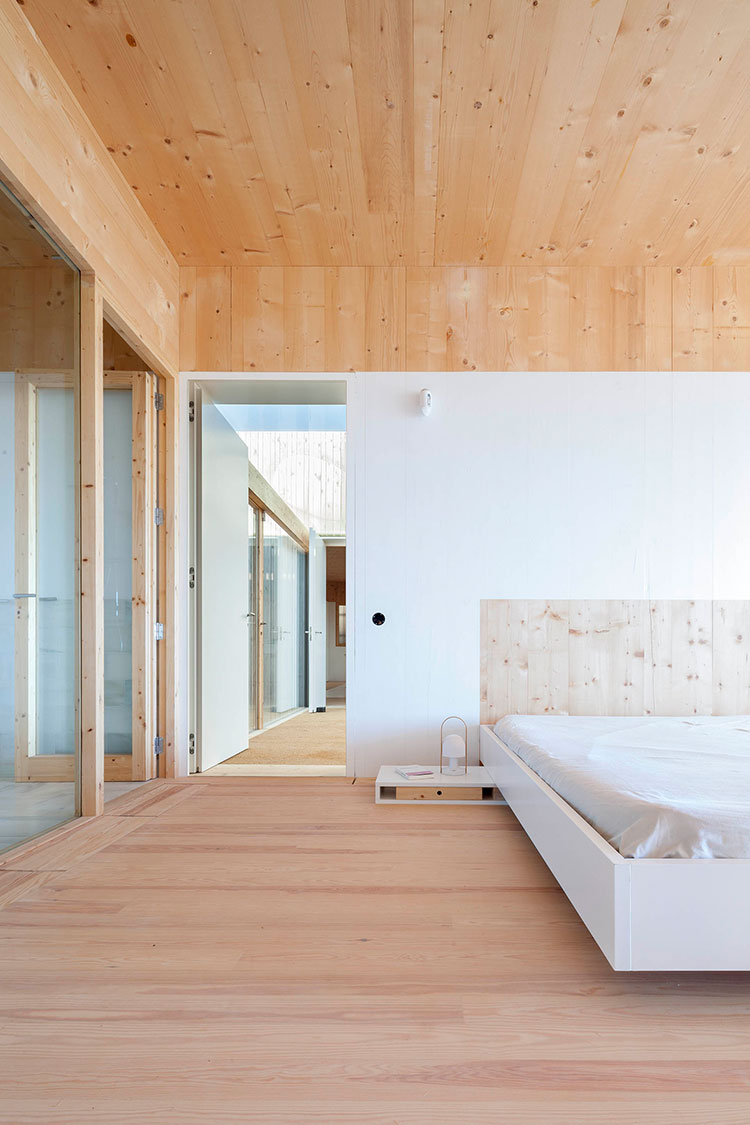 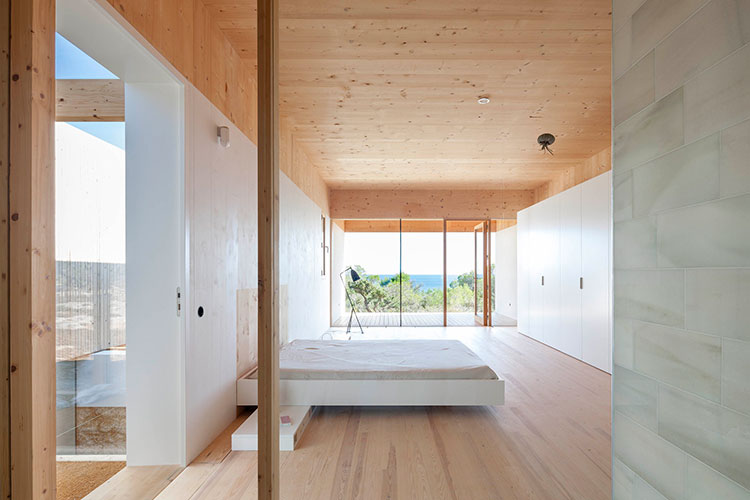 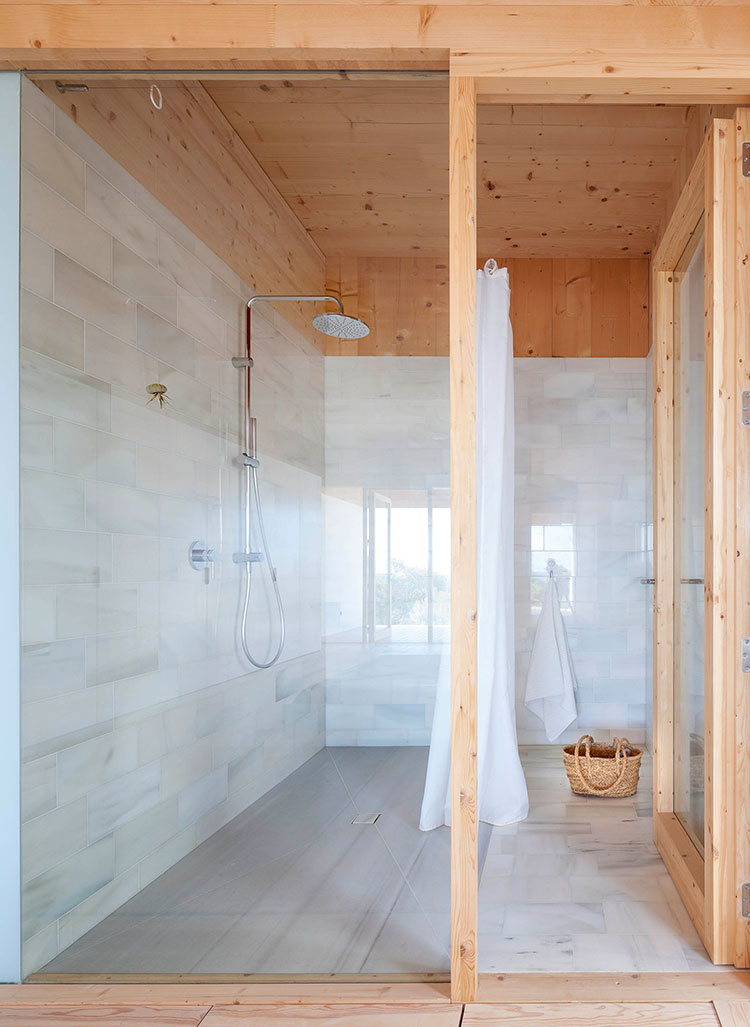 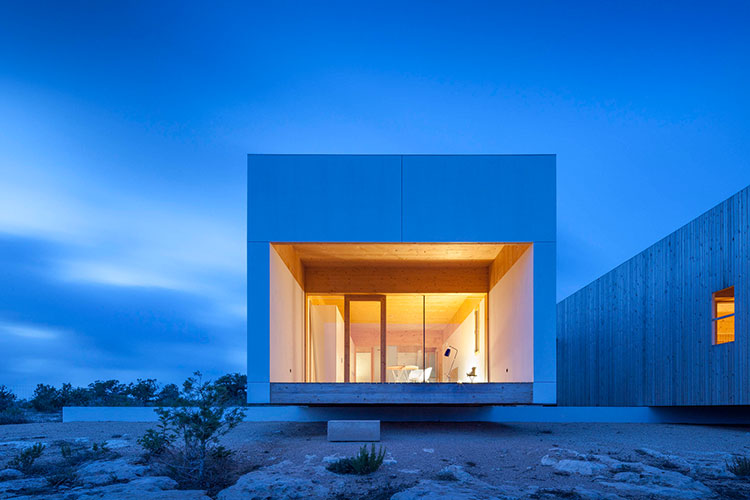 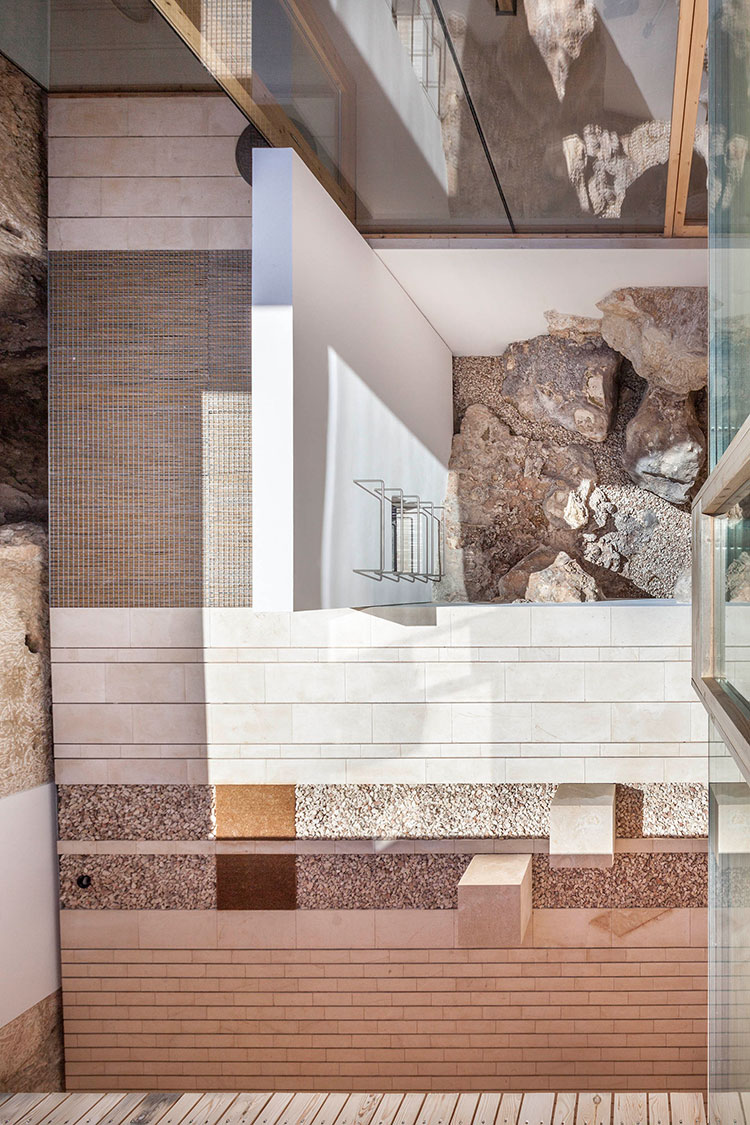