Japanese studio Tato Architects designed the interior of this house in Osaka as a single room built up on different levels connected by a spiraling sequence of wooden steps.

For this house, designed for a family of three and their many belongings, the client requested that the members of the family can feel close to each other regardless of where they are in the house. Moreover, private rooms were not needed because they feel that it is lonely to withdraw into one’s space, and storage space was also unnecessary because they did not want to tuck things away. 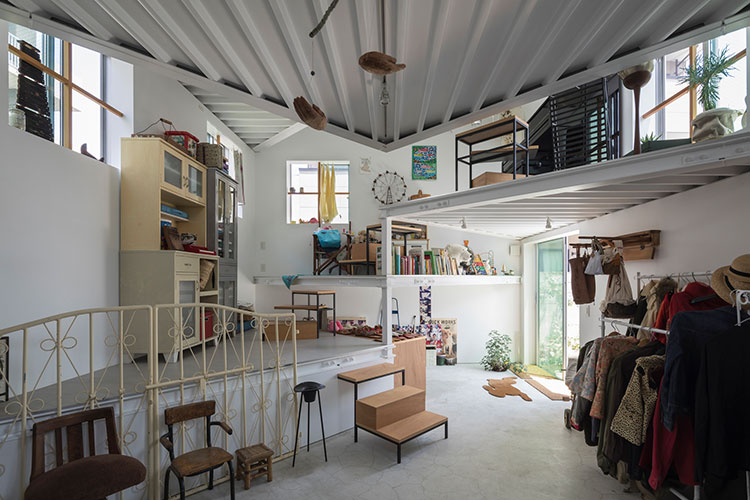 As a result of trying to find a form that allows the whole house to feel like one room while securing sufficient space for their belongings at the same time, the architects proposed a design to connect the flooring with a height difference of 700 mm, where the different levels can be used as tables and shelves. The floors build up as two spiral shapes, joins at the living room, and then separate into two again before arriving at the rooftop deck. By using this combination of two spirals, the design team was able to create multiple paths inside the house that allows different room compartments and changes in the circulation, equipping the house to be able to accommodate changes in the lifestyle of the client. 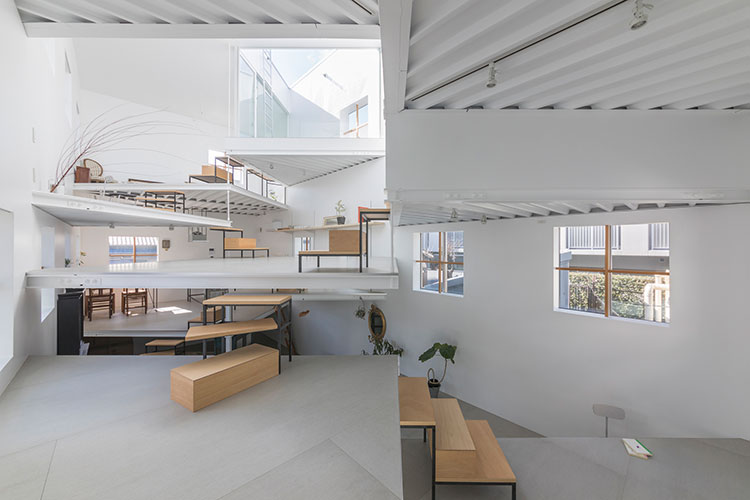 The property’s location in a densely urbanized and developing neighborhood prompted the studio to propose a design that takes into consideration the likelihood of tall buildings being constructed around it.

Rather than attempting to accommodate any sort of garden at ground level, the building’s footprint extends almost to the perimeter of the site and the roof terraces provide outdoor spaces with optimal exposure to sunlight. 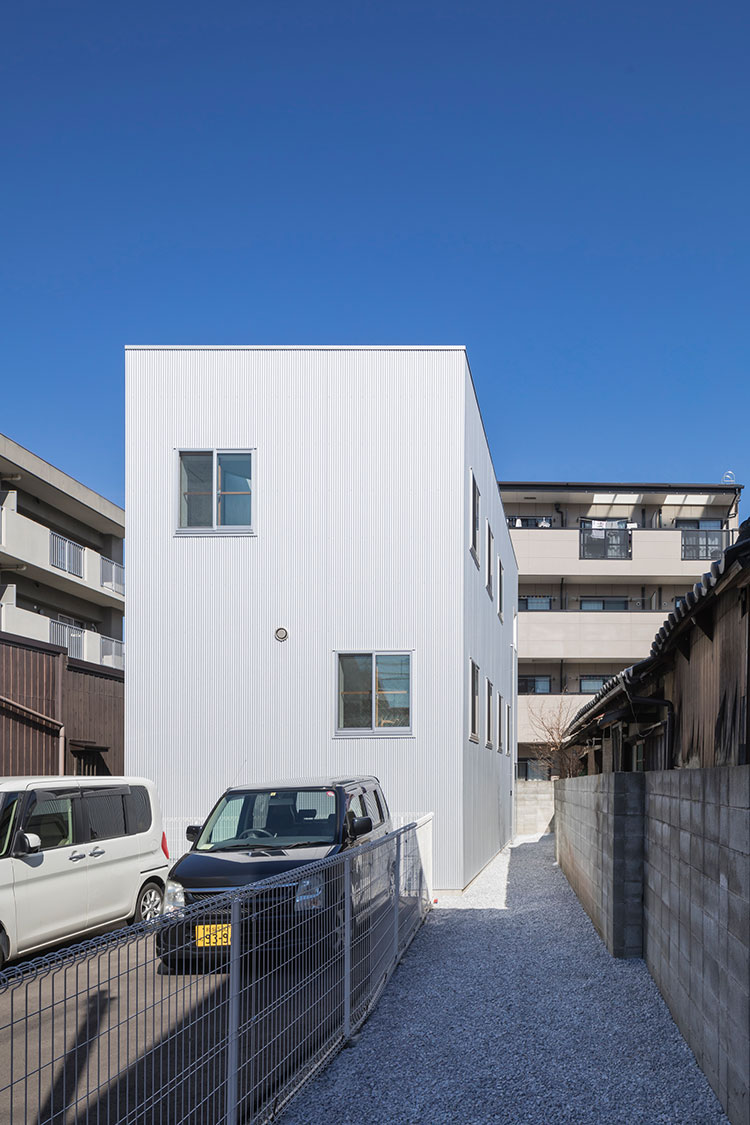 The house’s steel framework conforms with local fire regulations and forms a supporting structure for the 13 separate floors – seven of which are suspended from the roof beam, with the other six raised up on square steel pipes. The platform floors are constructed using simple steel beams supporting sturdy corrugated-metal panels that are left exposed on the underside.

Each level is connected to the next by a short set of steps featuring a black metal frame and timber surfaces that introduce a warm, natural detail to the otherwise minimal interior. 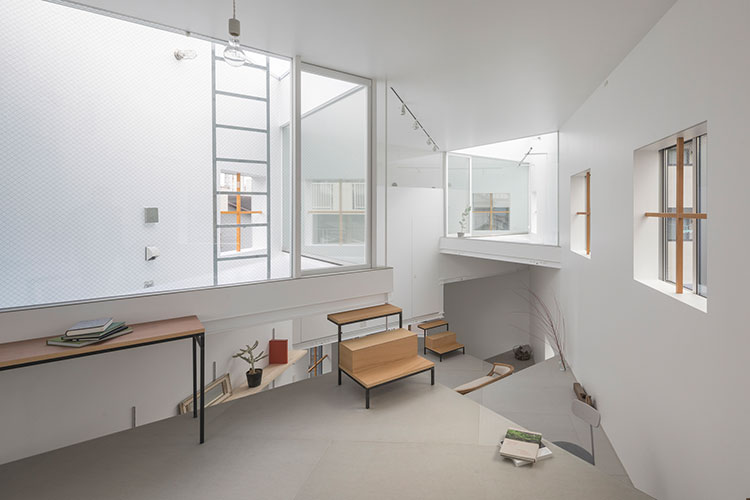 The owners, who were previously living nearby, moved into the house gradually and have steadily filled the various platforms with their furniture and possessions, resulting in the sort of richly personal environment the architects envisioned. 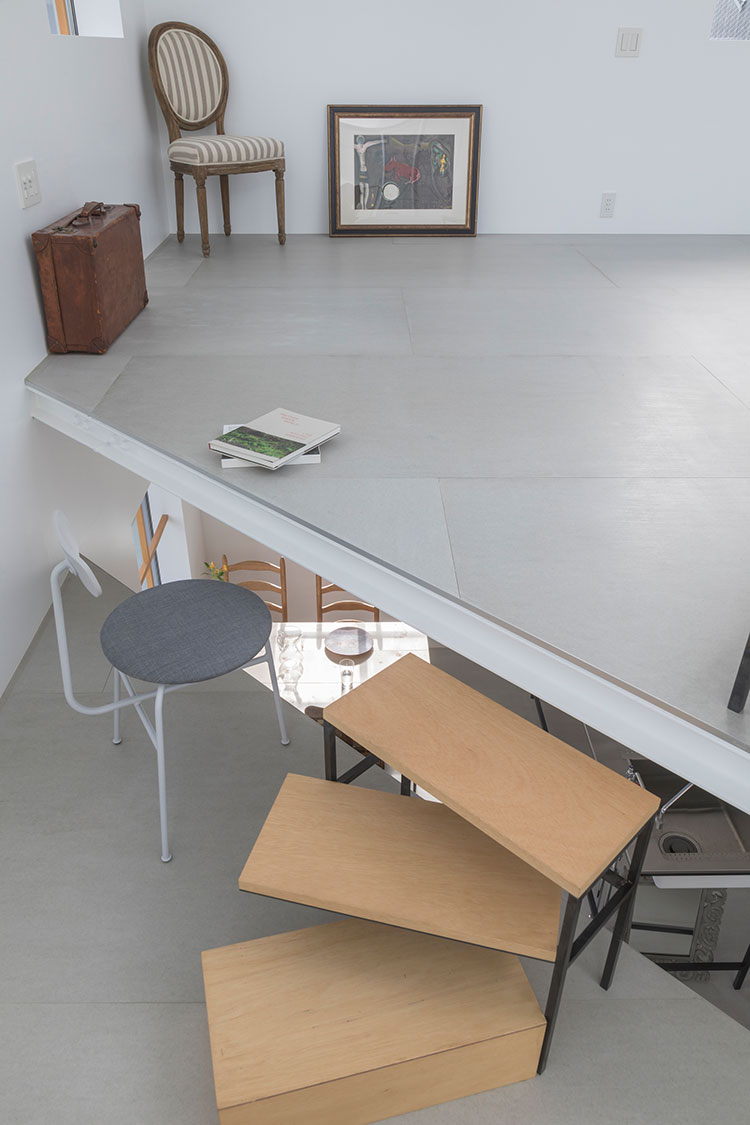 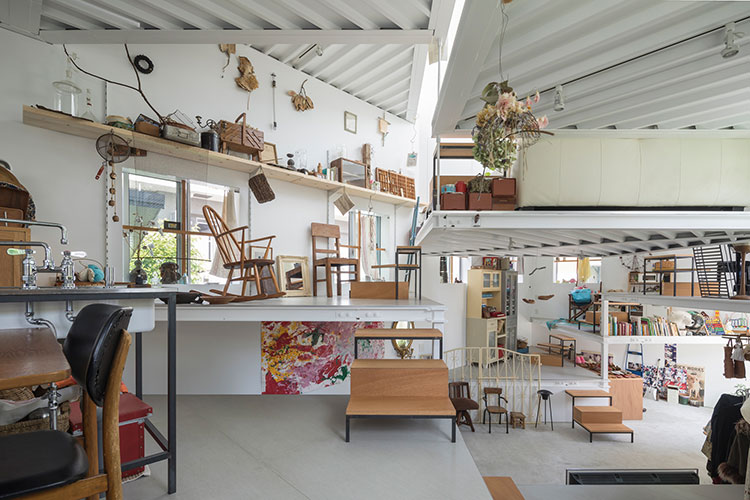 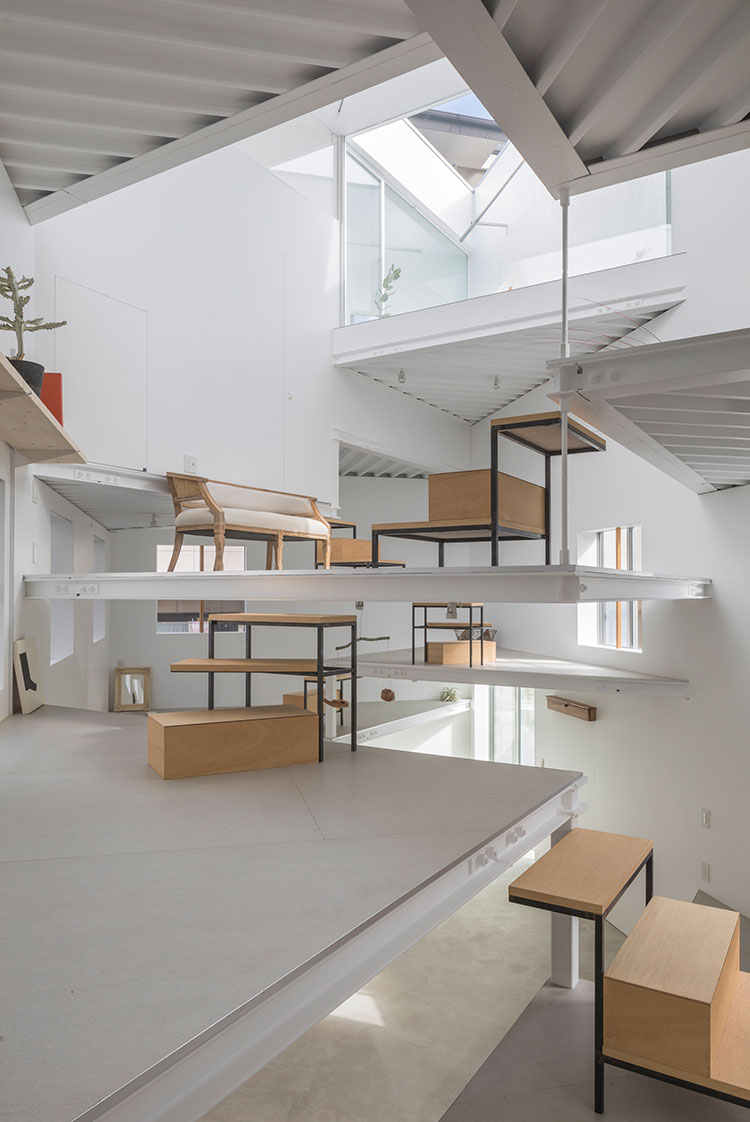 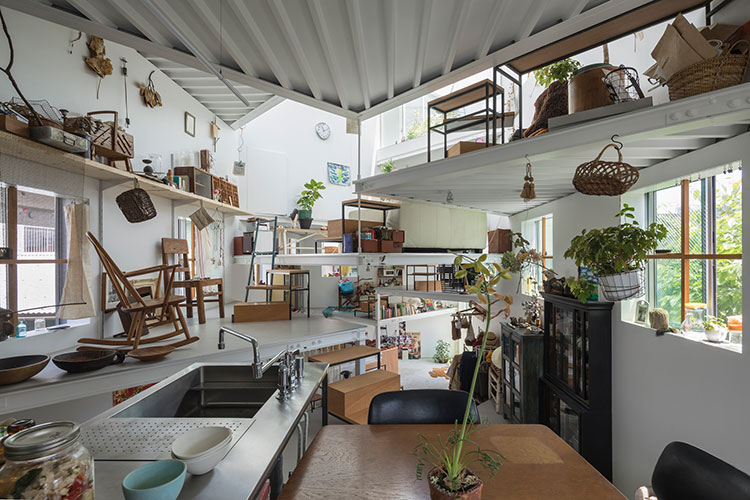 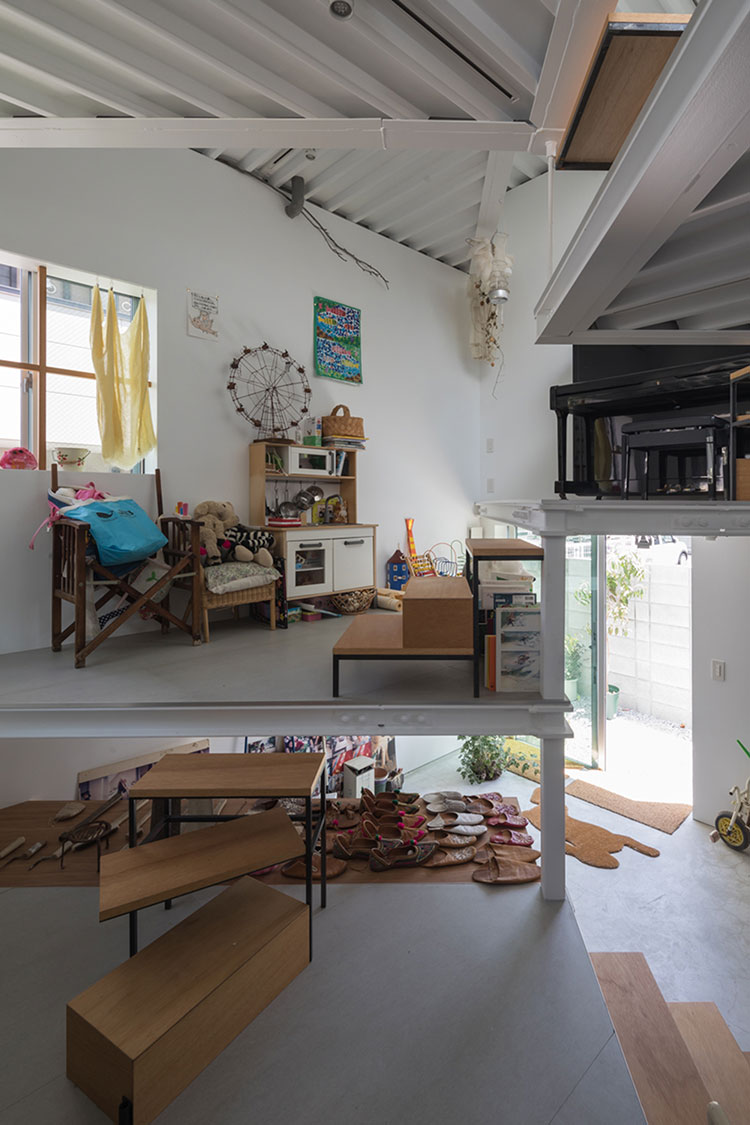 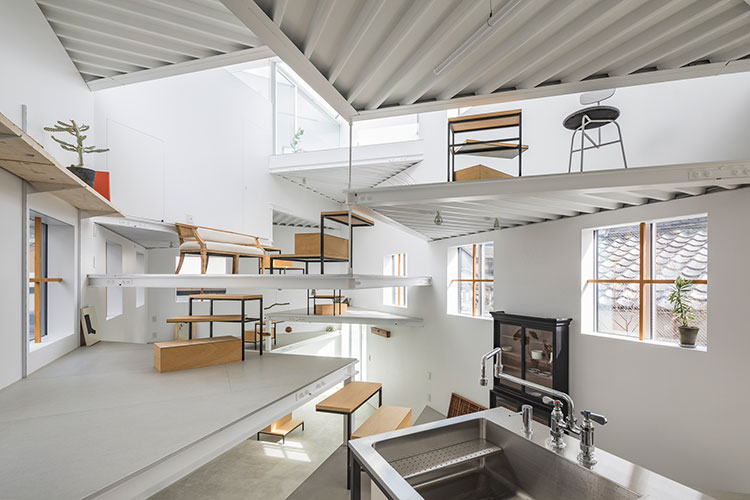 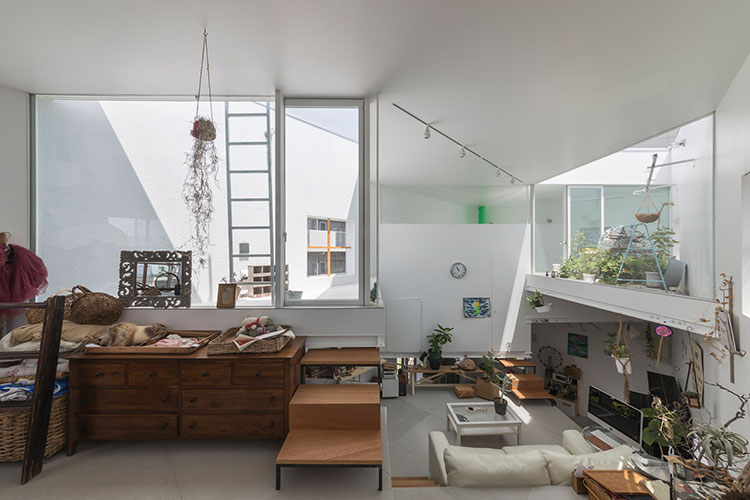 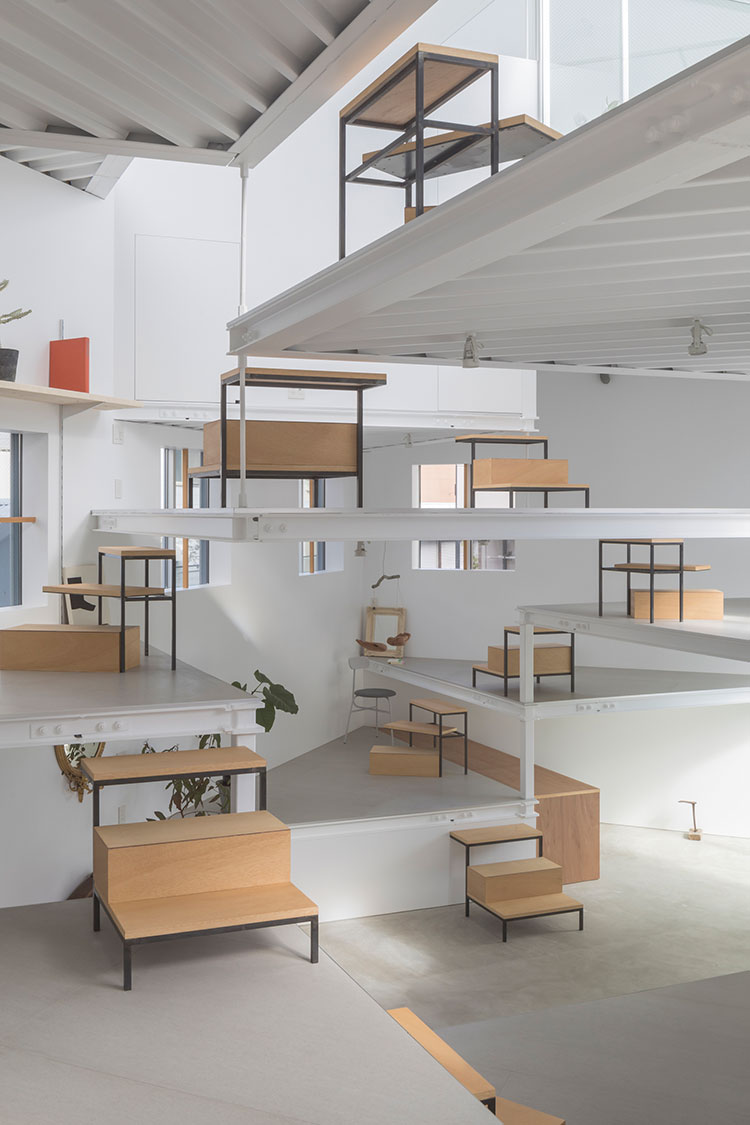 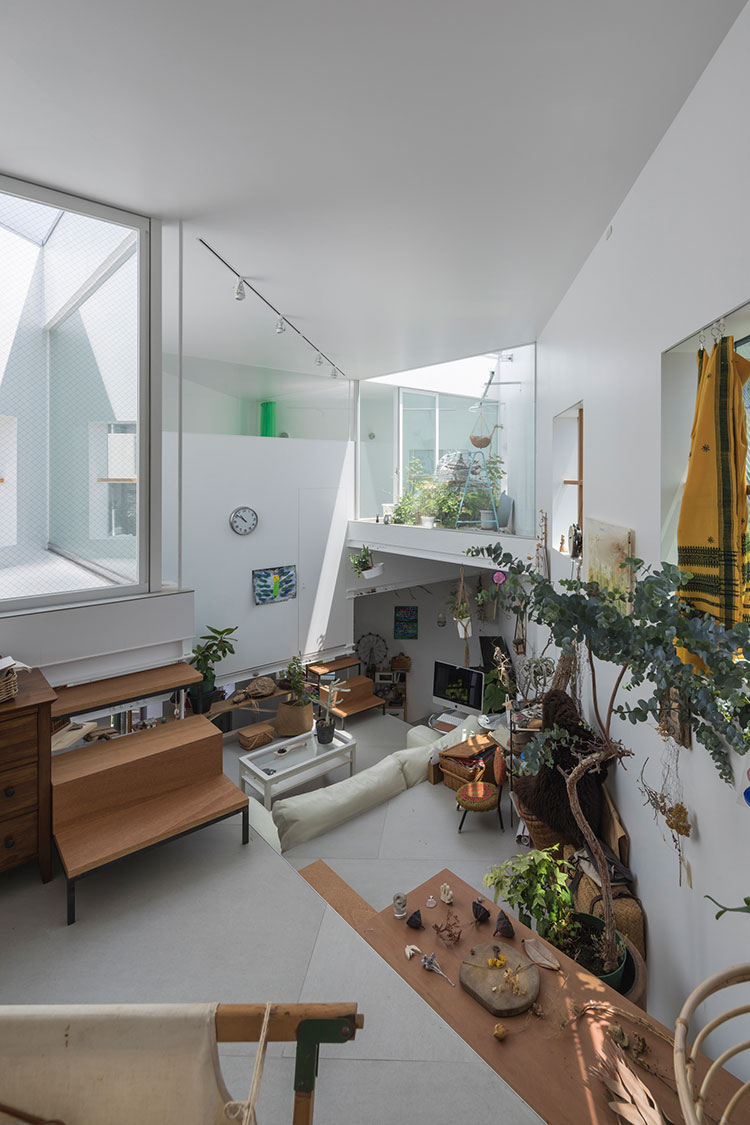 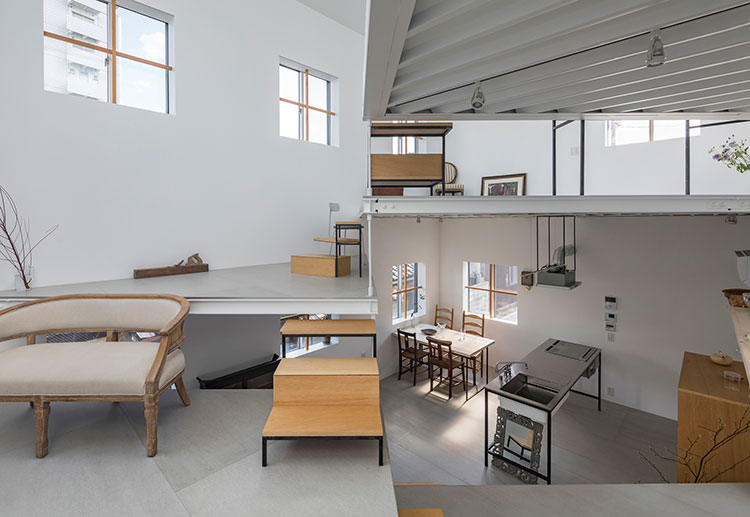 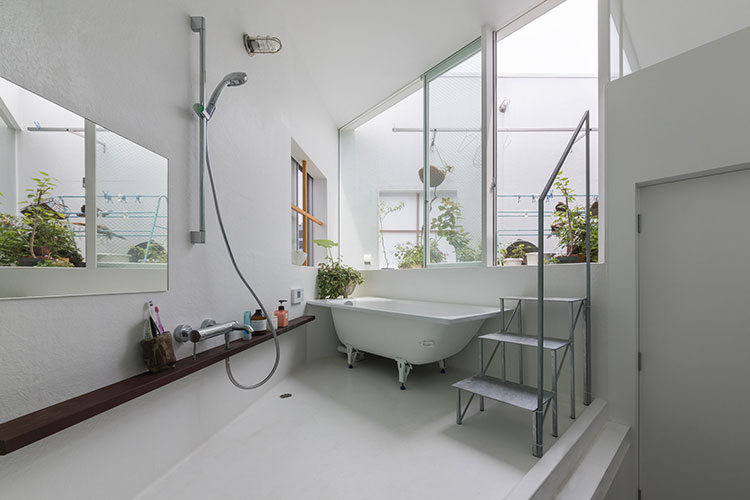 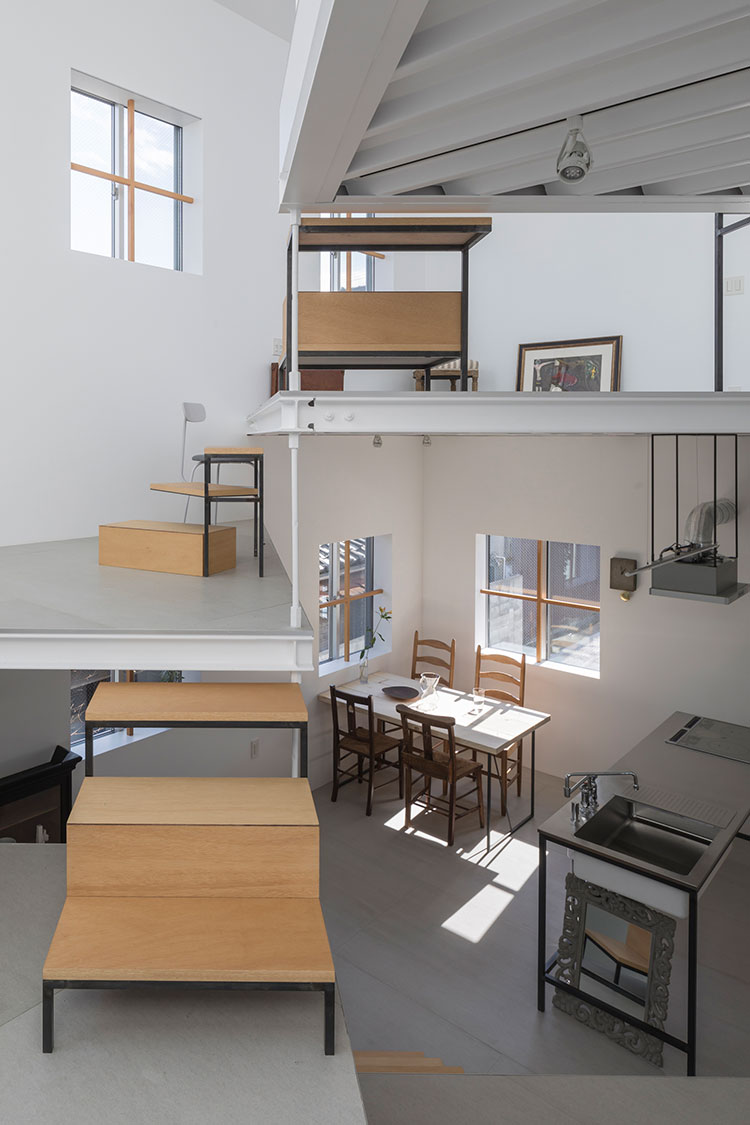