This residence was designed by Atelier BOOM-TOWN to enable a sister and brother to meet as a family on special occasions and to unwind in contact with nature. This project sprouted along the shores of a lake up in the Laurentians, Canada, in a wooded area with a significantly consistent slope.

This elevation, which offers a bird’s eye view of the lake, is the backbone for the development of this architectural concept—grasping hold of the land through the blending of two areas intersecting one another. The parceling out of its shapes made its integration with the landscape possible. Its establishment forms part of a circuit throughout a site where paths extend internally, creating views, such as observation posts towards the surrounding landscape. 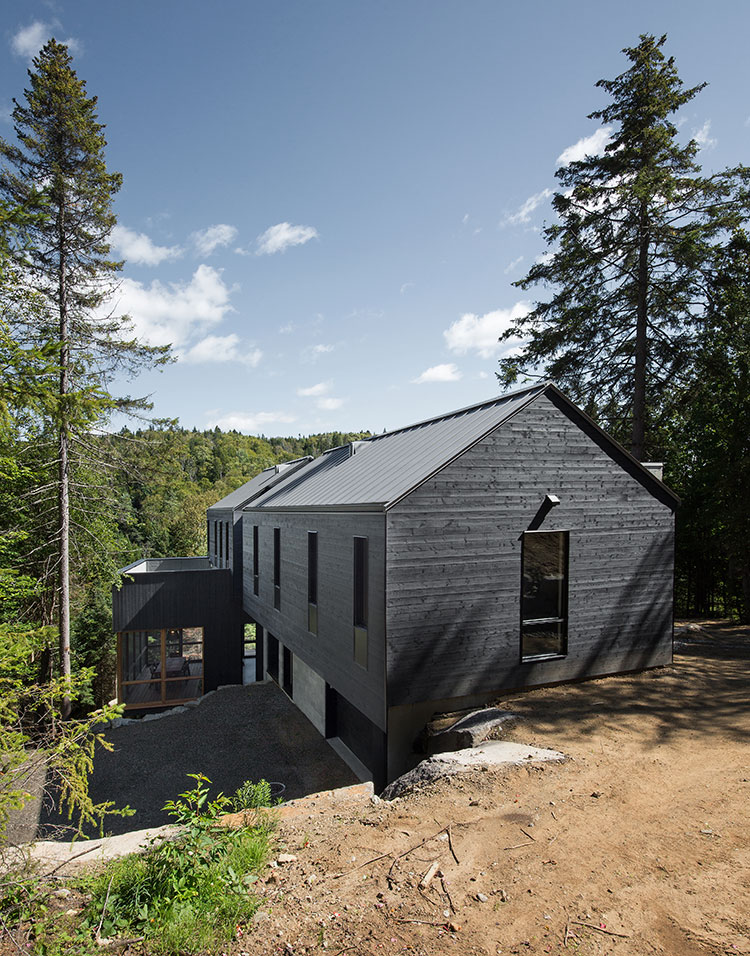 The upper area, which takes on the shape of a distinctive gabled-roof house, looks out to the lake through a cantilever, while the lower area anchors to the slope. Both areas are sliced at their intersections to give way to vertical circulation and to the entrance hall below. This pivot space organizes the entire internal circulation area and enables the core of the building to connect with the outside. 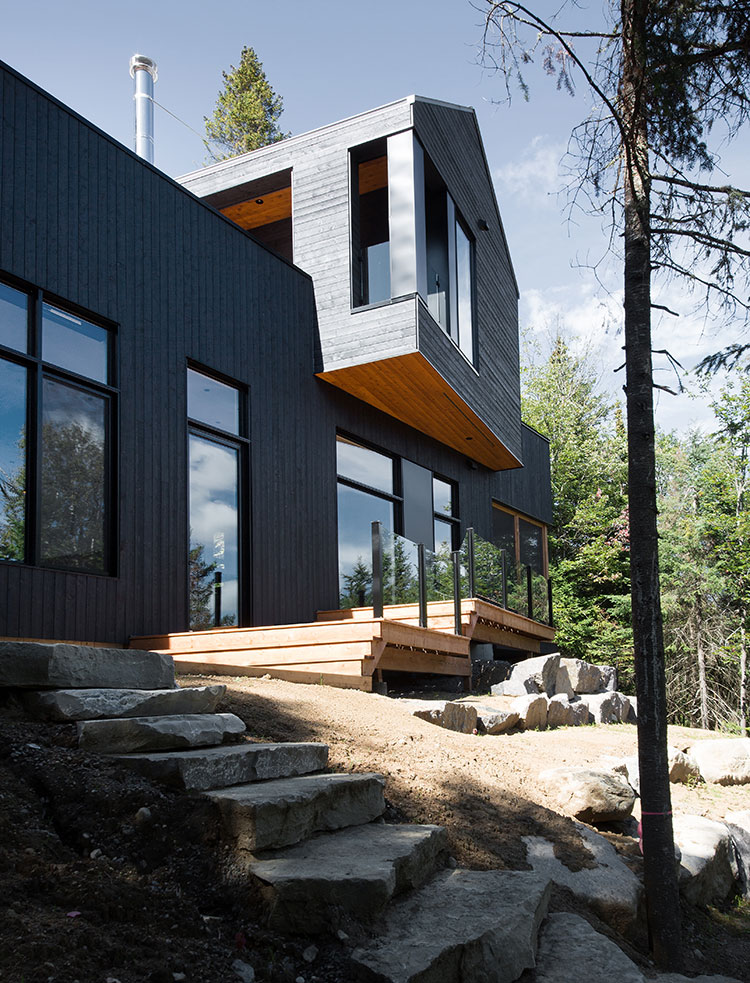 The lower floor has a more contemporary shape with its flat roofs and very large openings. The living space, which is arranged on two levels, takes advantage of plunging views onto the lake. On one end, a large screen shelter completes the lower area. A wide terrace is arranged on the roof at the other end. 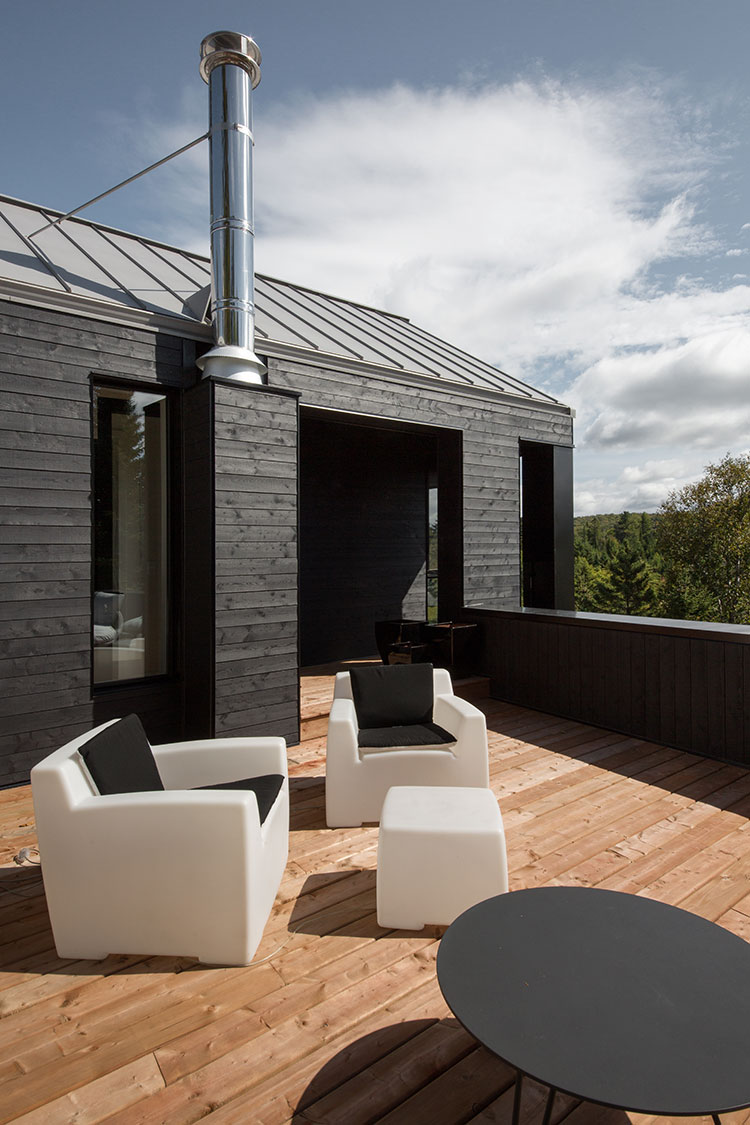 From the outside, sober colors and raw materials allow the project to assert itself in full nuance as if it had emerged from the ground, respectful of its environment. The black wood exterior finish unifies the composition under a zinc roof. Observed from the lake, it gives the impression of a haven. The light wooden sections that illuminate the dark structure as a whole may resemble the sun’s rays piercing through the clouds after a storm. 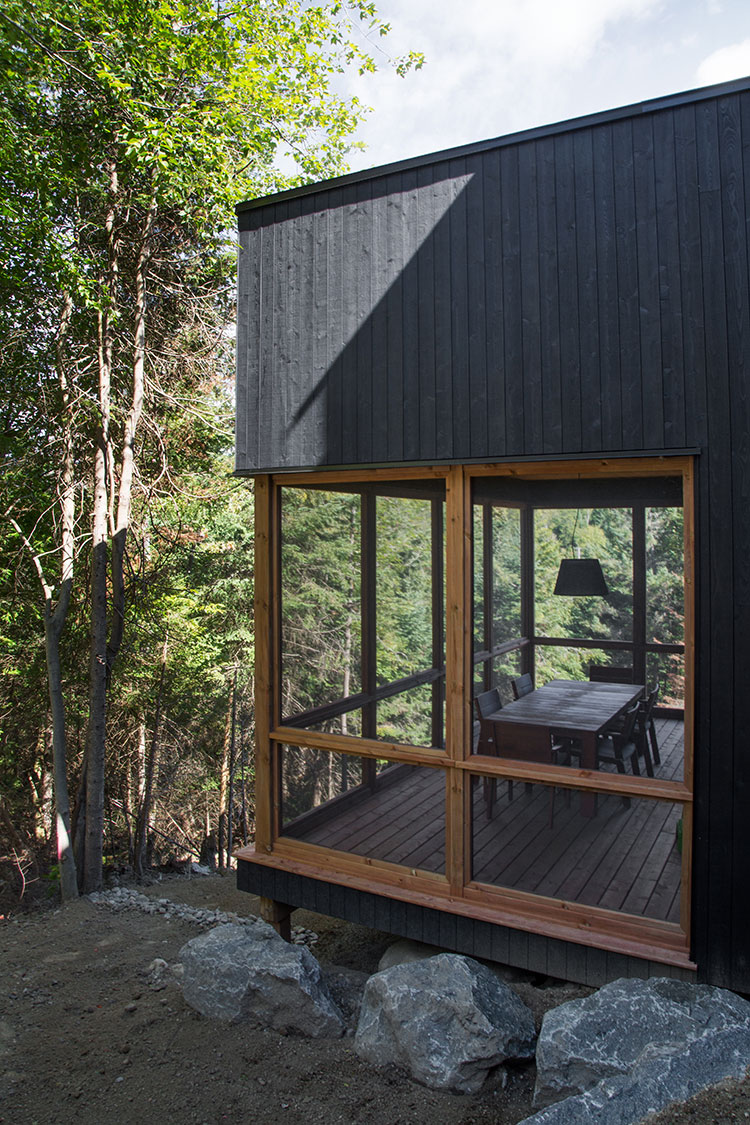 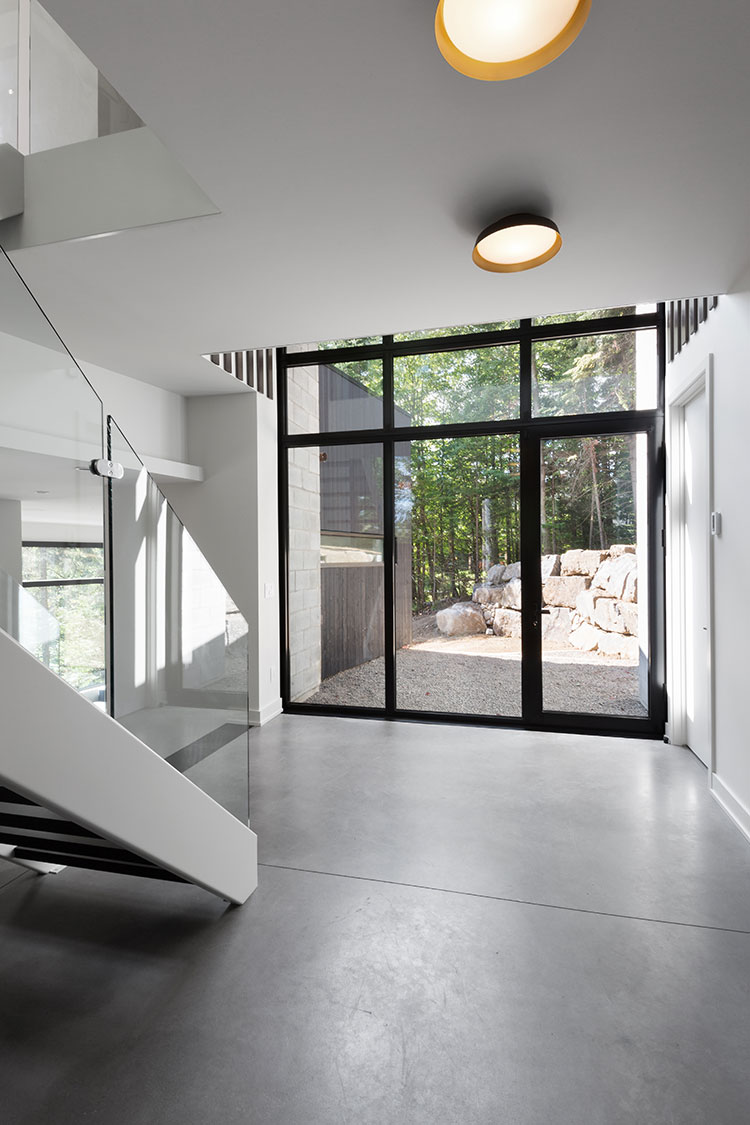 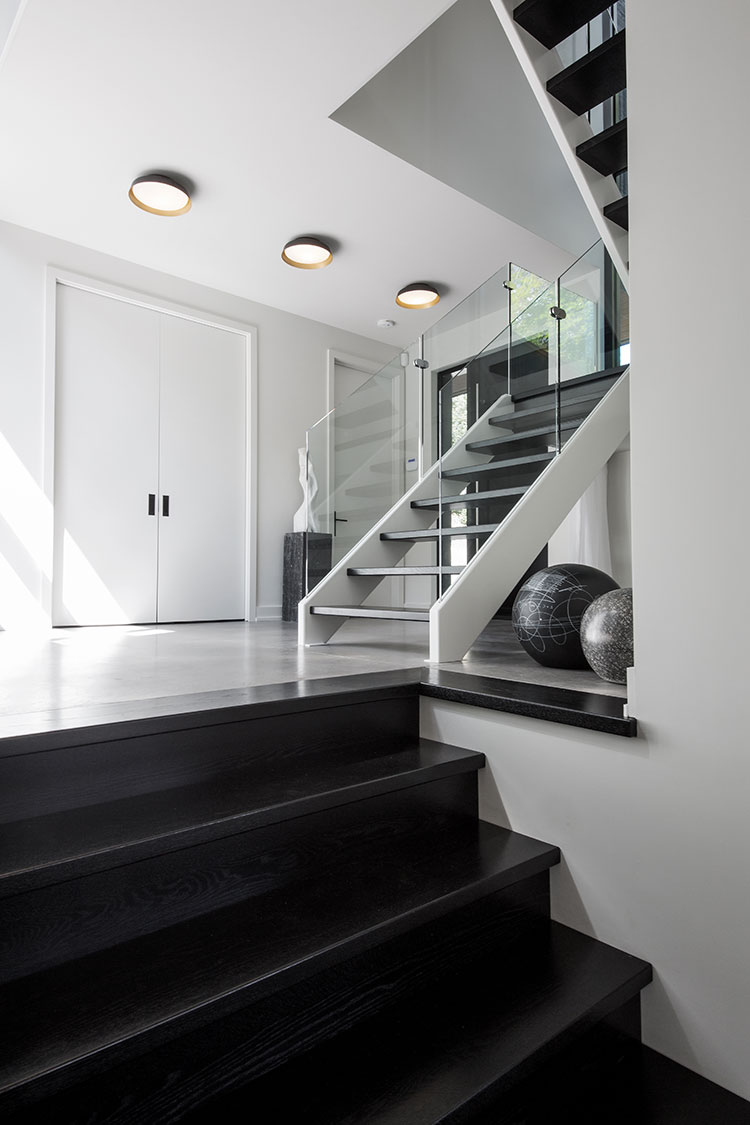 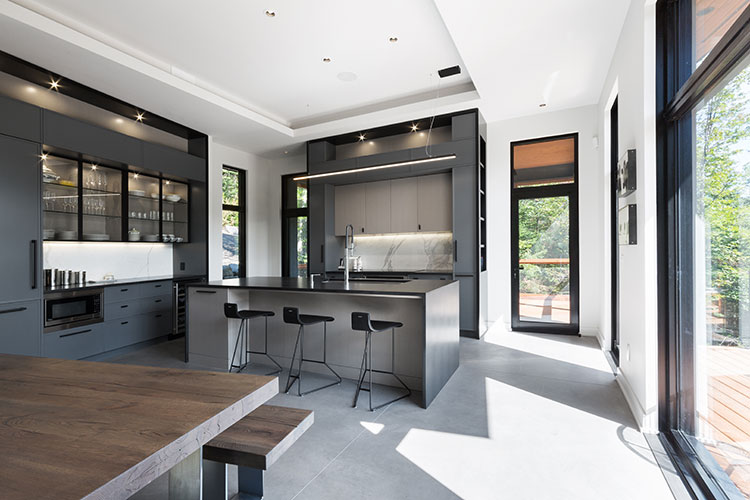 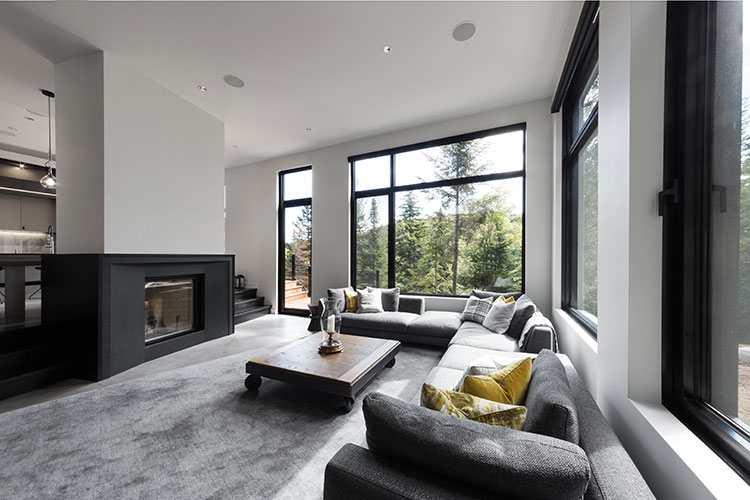 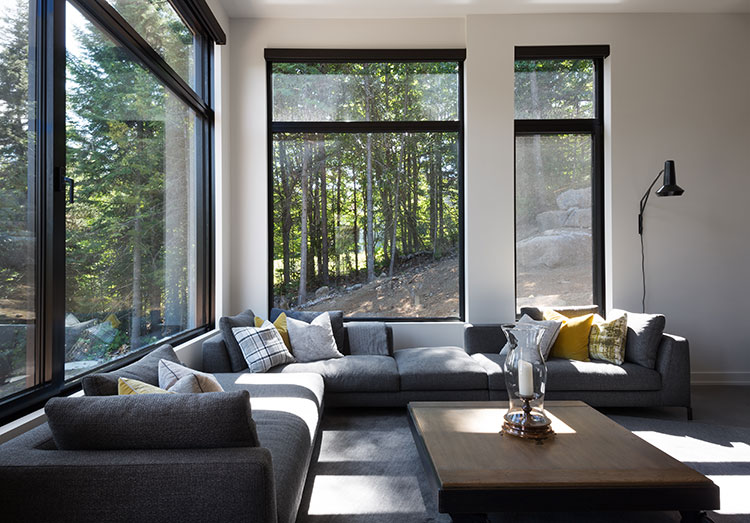 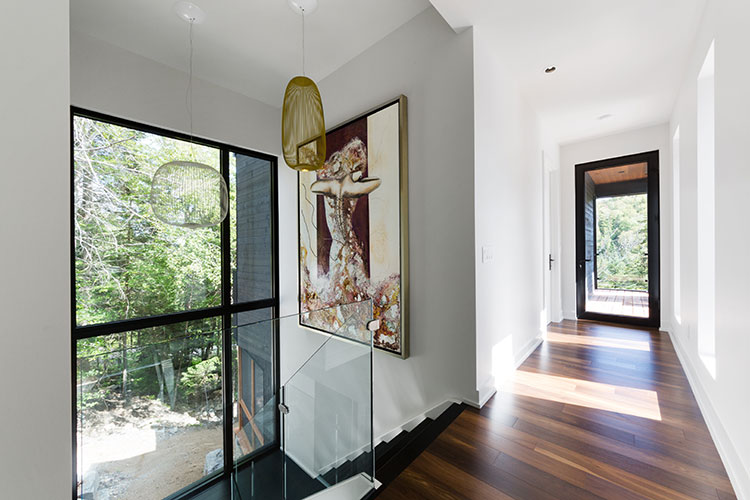 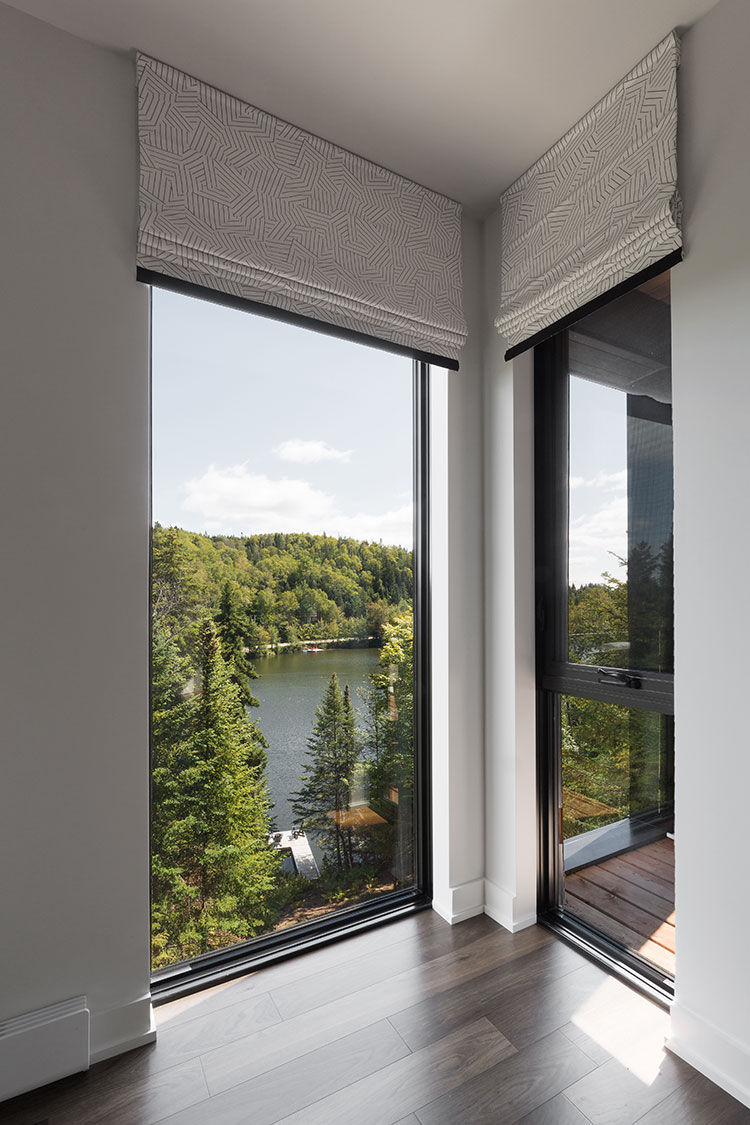 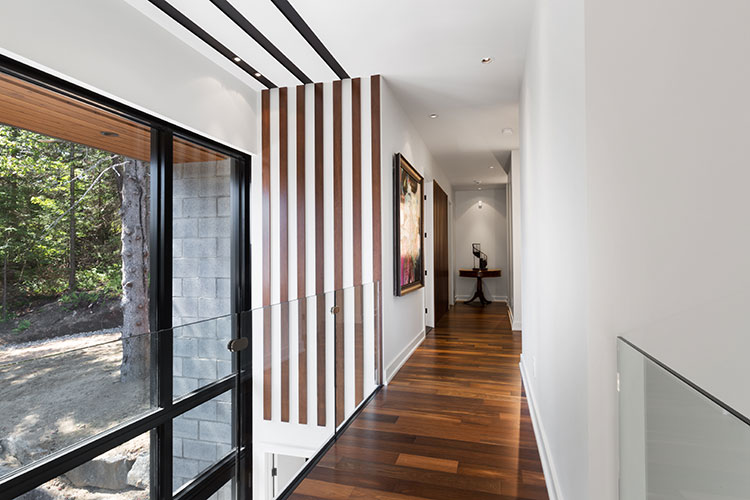 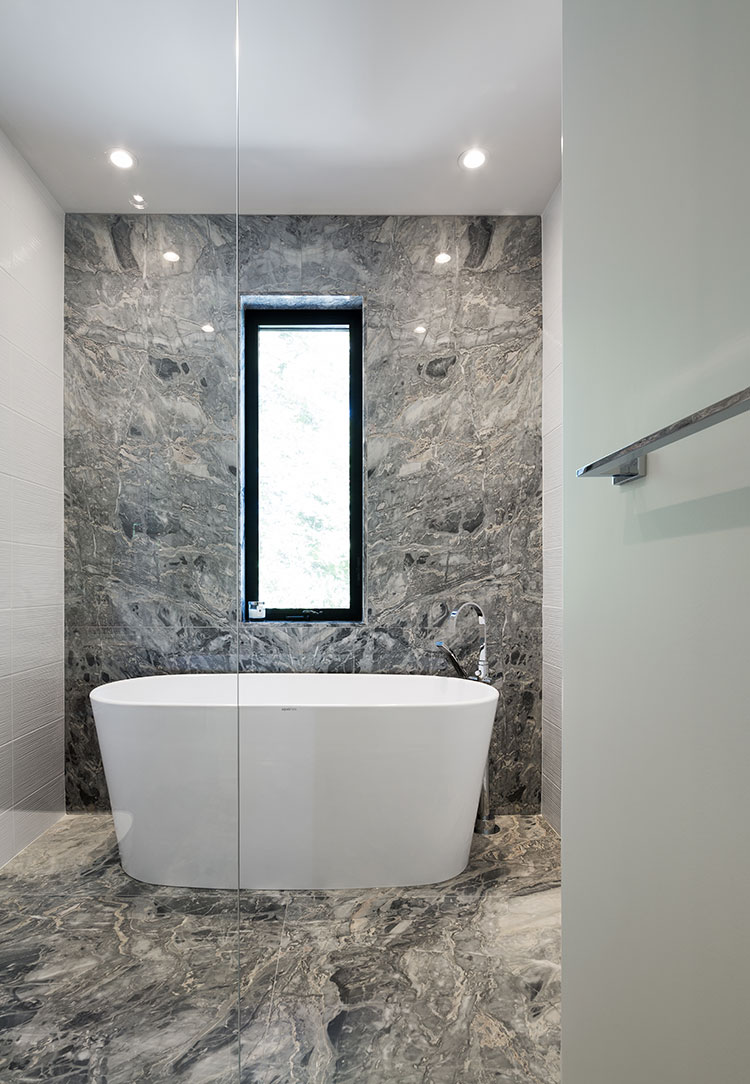 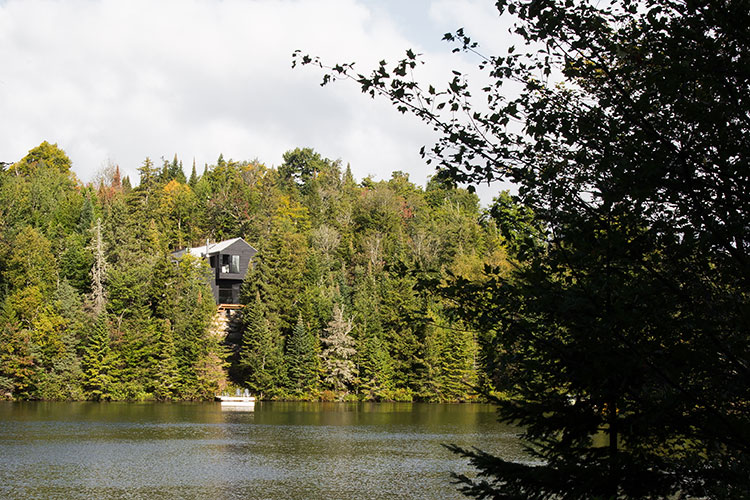