Liguria as a key role in this restoration project of a studio flat by Llabb. Not only since this 35 square-meter apartment – called “Riviera Cabin” – lies peacefully in the Ligurian coastal town of La Spezia, but also because the architectural solutions developed by Luca Scardella and Federico Robbiano, are strongly rooted in the region’s long-standing maritime traditions.

The client’s request was to reorganize the 35 square meters in order to divide the environment into living and sleeping areas. The nautical culture that characterizes this region in Italy was fundamental to the development of this project. The optimization of storage spaces inside sailboats and the minimum dimensions within these spaces were the inspiration for the development of the project. 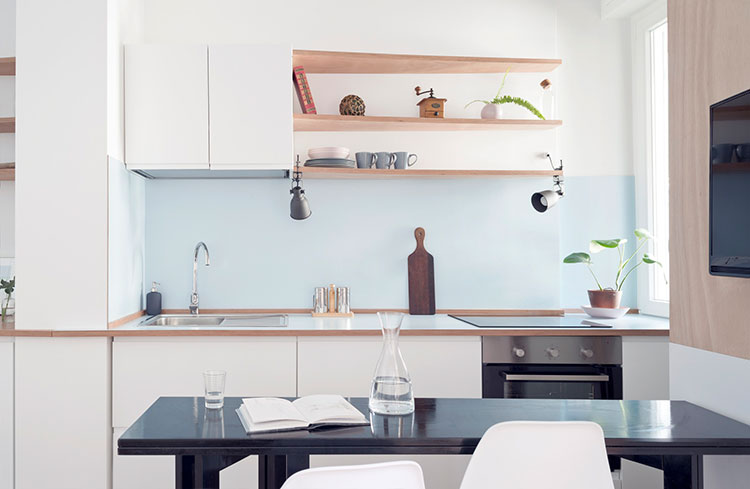 An “equipped wall” crosses the interior of the apartment, containing several functions. It accompanies, like a path, the visitor from the entrance to the living area, the heart of the house. In the vestibule, the less deep wall houses a small technical room, as well as the primary storage space. You continue on with a small dressing room/wardrobe, where you can undress, leaving the day behind. This brings you to the living area onto which, as in a square, the sleeping area, structured on two levels, overlooks. 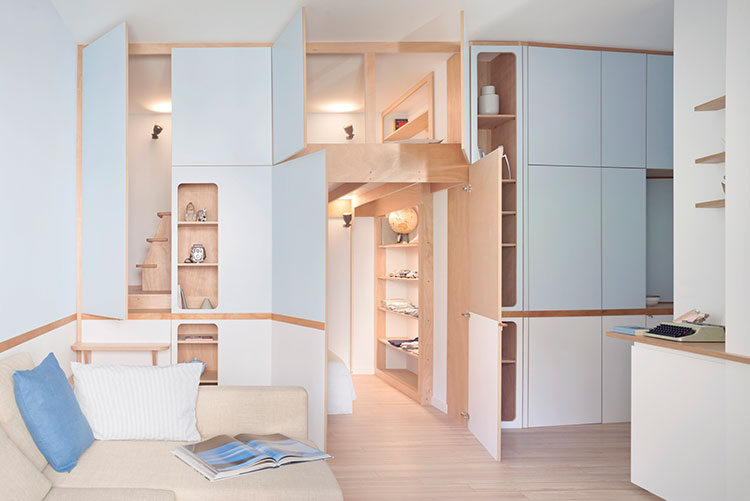 The master bedroom is accessible through two large doors and its interior – conceived almost like the inside of a whale’s ribcage – is wrapped by structural wooden ribs. This room, just like a cabin, contains the essentials; a king-size bed and minimal storage space. The final part of the wall, through a small portico, leads to the second night space, that one reaches through a steep staircase as if climbing up a mansard of a small fisherman’s house. The small openings that give light to the room are designed as windows overlooking the living area. 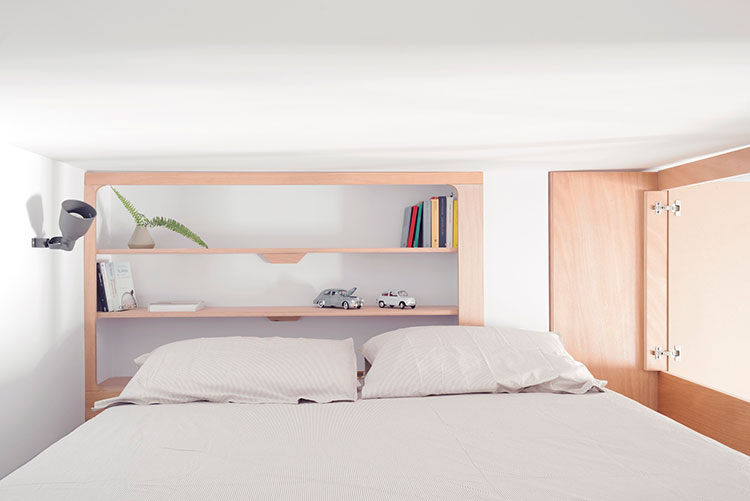 The “equipped wall”, made of okoumé (also known as marine plywood), is laminated in white and blue. And the continuity between hull and sky is interrupted by the waterline that leads the eye from the entrance of the entire apartment. The kitchen, located at the end of the walkway + waterline, is stretched slightly like a sail inflated by the wind. 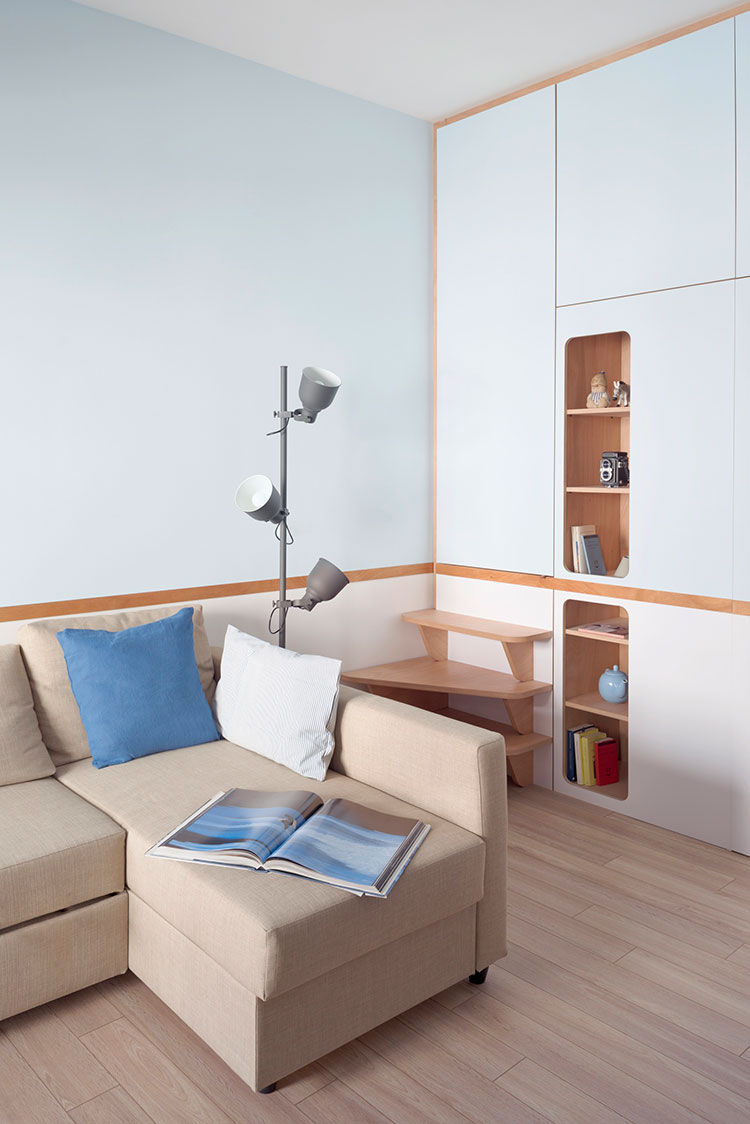 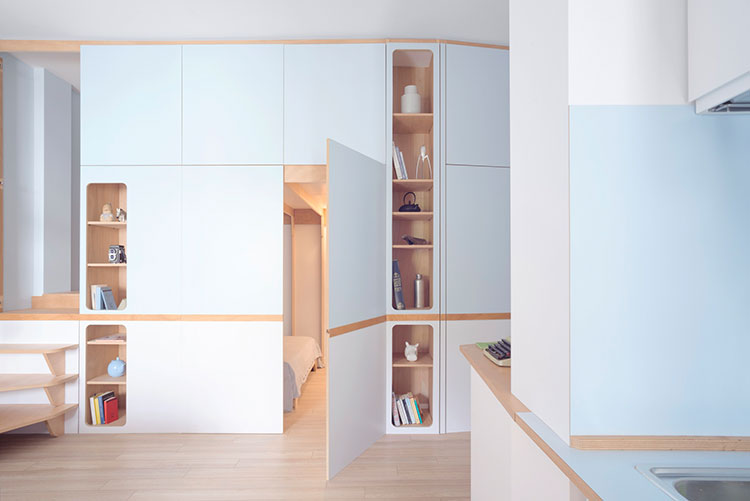 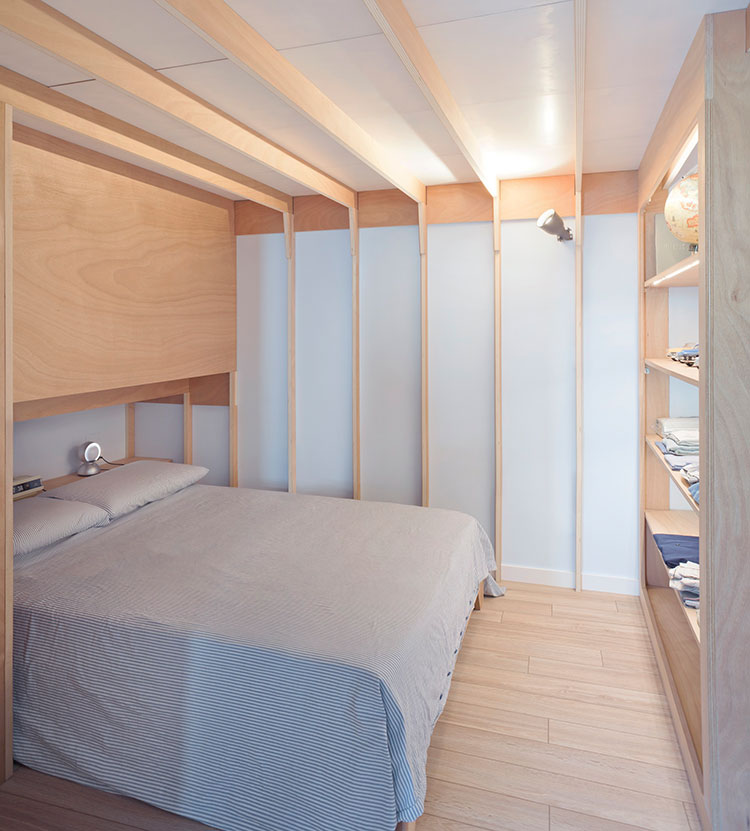 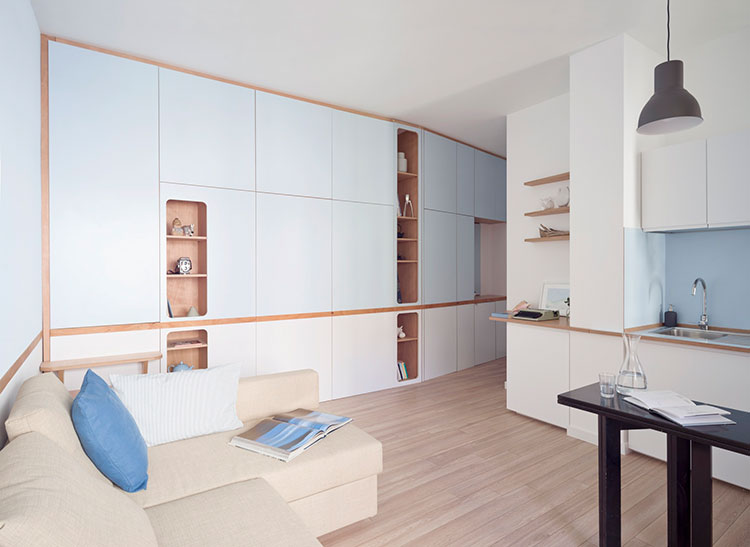 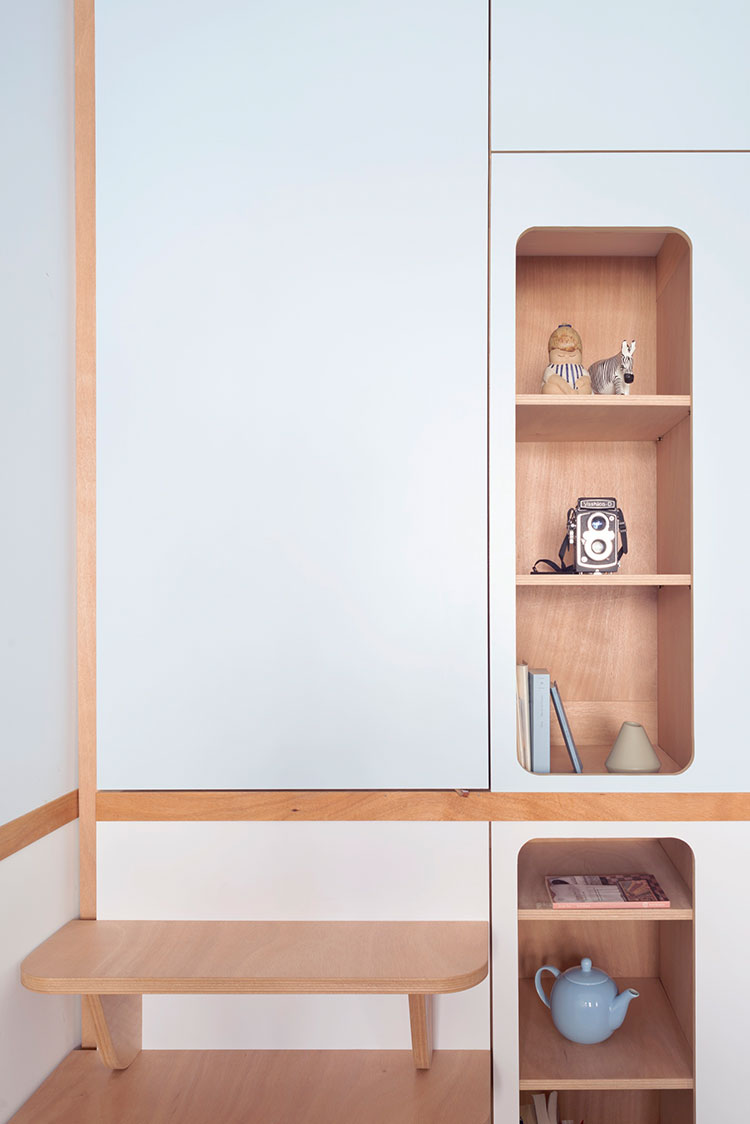