Palazzo Doria Pamphilj in Rome as we know it today is the result of at least five diﬀerent construction phases spanning four centuries. Through a process of successive agglomeration, the monumental complex finally became a unitarian urban block.

The construction on the site along Via Lata – now Via del Corso – started with Cardinal Fazio Santorio’s tribune, which forms the first nucleus of the entire complex, built around the Bramatesque courtyard from 1505 to 1507. The porch, whose second order later became the Gallery, remembers closely Bramante’s design for Palazzo Riario. For this reason, it was wrongly attributed to the latter by many authors. 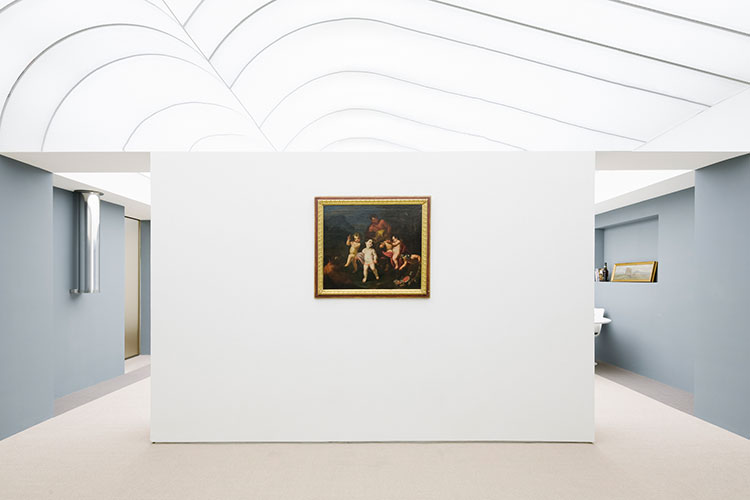 The Palazzo, owned by the Della Rovere family throughout the XVI century, was then sold to Cardinal Pietro Aldobrandini in 1601 who supervised the second construction phase which lasted until 1647. He commissioned the expansion of the Palazzo towards the Collegio Romano and built the two wings enclosing the “Giardino dei Melangoli”, designed by Pietro Moraldi. These interventions, not extraordinary in themselves, provided the base for the subsequent expansions and modifications by Antonio del Grande, Valvassori, Ameli and finally Andrea Busiri Vici. 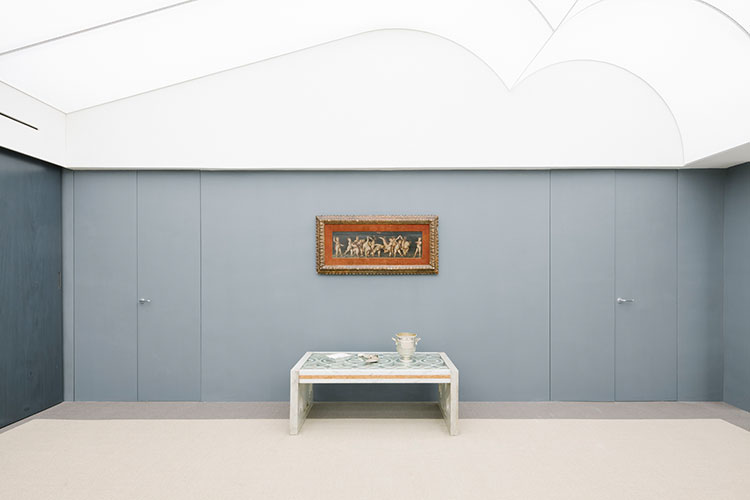 In 1644 Giovan Battista Pamphilj, whose family was linked to the Aldobrandini, became Pope Innocent X, bringing great fortune to the house. Innocent, whose famous portrait by Diego Velázquez still sits in the Gallery, gave Antonio del Grande the task of transforming what was the result of heterogenous additions into an organic and rational structure. This was achieved through the insertion of a monumental vestibule on Piazza del Collegio Romano, which links the Santorio courtyard to the newly built apartments through a monumental staircase. 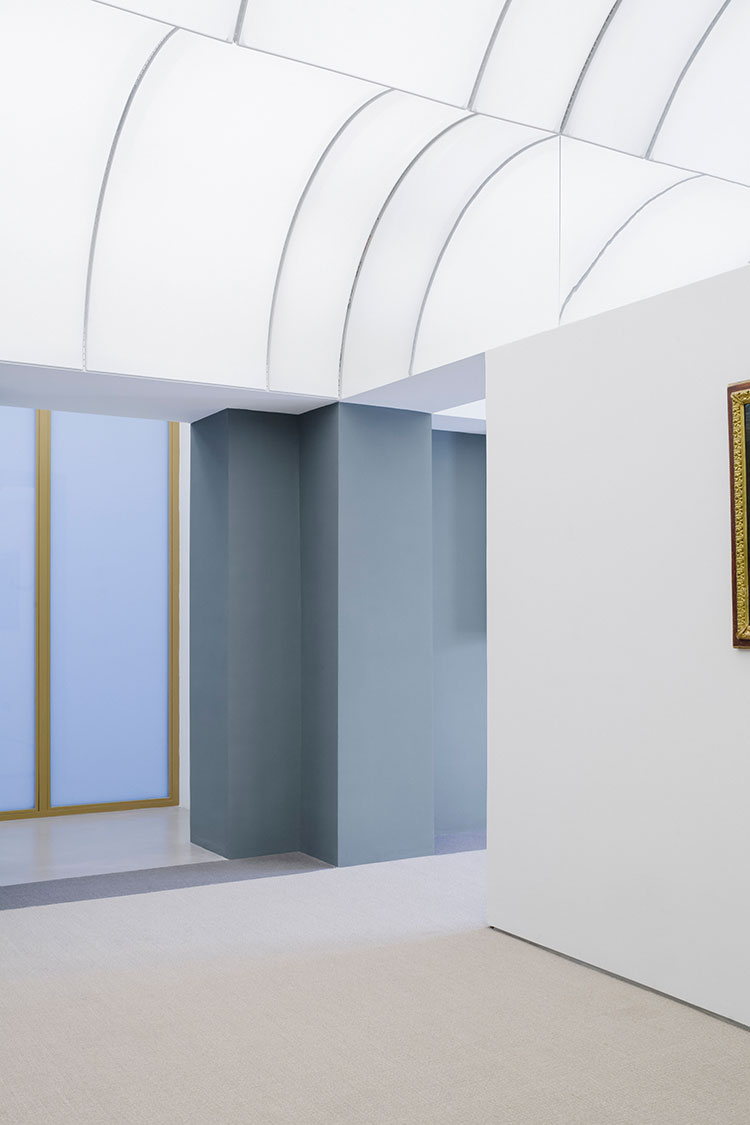 The Palazzo had by then acquired a conspicuous scale and was ready to be filled with one of the most important art collections of Baroque Rome. Andrea Busiri Vici, supervisor of the building throughout the XIX century was the author of the last addition, the wing of the building along Via della Gatta, where is located the intervention. The urban block was then completed with the same attitude that had guided the architects who came before him: giving an organic and finite form to a complex that never had an overall plan. 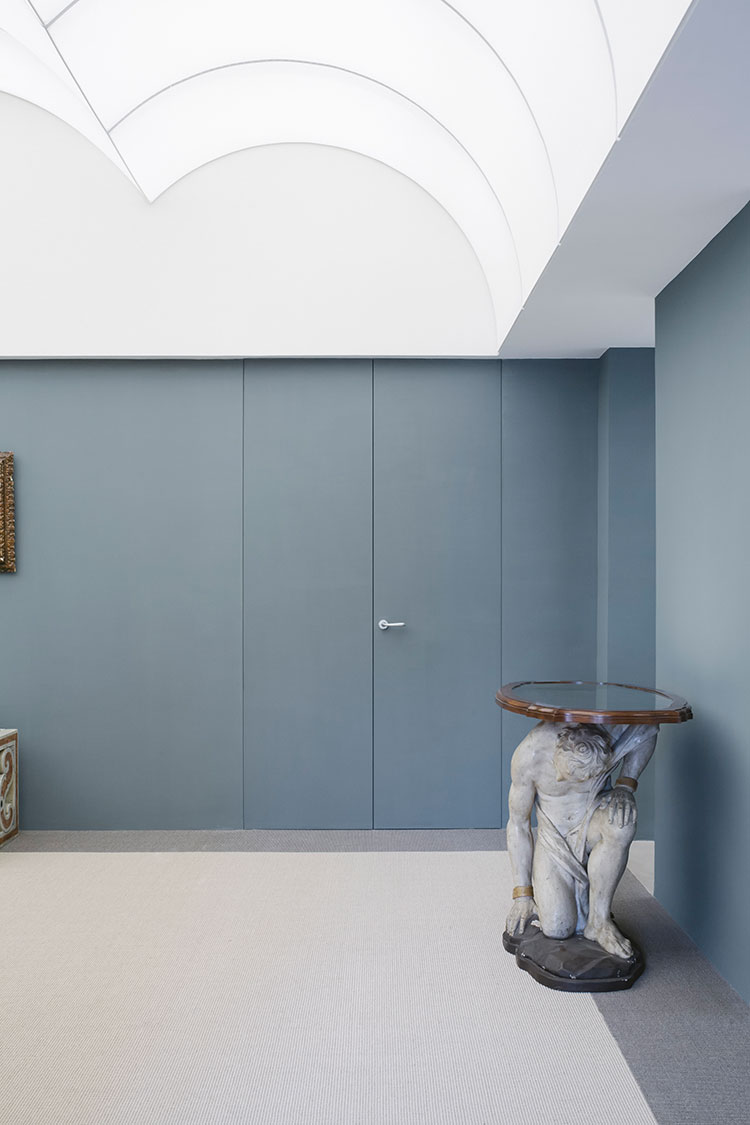 The western wing of Palazzo Doria Pamphilj was built between XVIII and XIX century to house rental apartments, and this is still today its main function. The project, led by local studio Supervoid, aims to establish an articulated and meaningful spacial sequence between the monumental common spaces of the Palazzo – such as the spacious staircase leading to the apartment – and its interior. This is achieved through the creation of a vaulted space, which welcomes the guests and at the same time provides a soft diﬀused lighting. 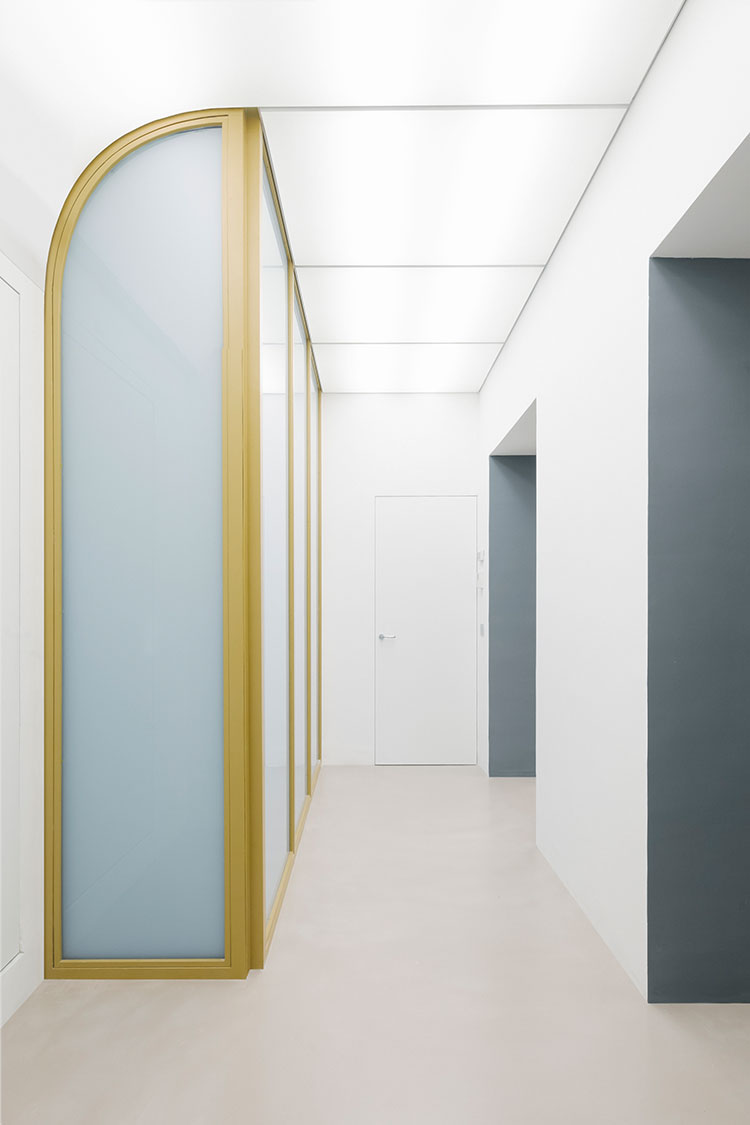 The relationship between the baroque articulation of the palazzo and the project is merely spatial since the intervention is quite silent and stripped bare of any stylistic or trivial connotations. The suspended setting resulting from the combination of abstract white surfaces and a soft diﬀused lighting provides a silent background for the mise-en-scène of the client’s collection of objects and paintings. The space is further articulated through the use of mirrors which reﬂect the vaults and alter the perception of the masonry load-bearing walls. This introduces a tension within the regular and defined arrangement of the rooms around a light shaft. 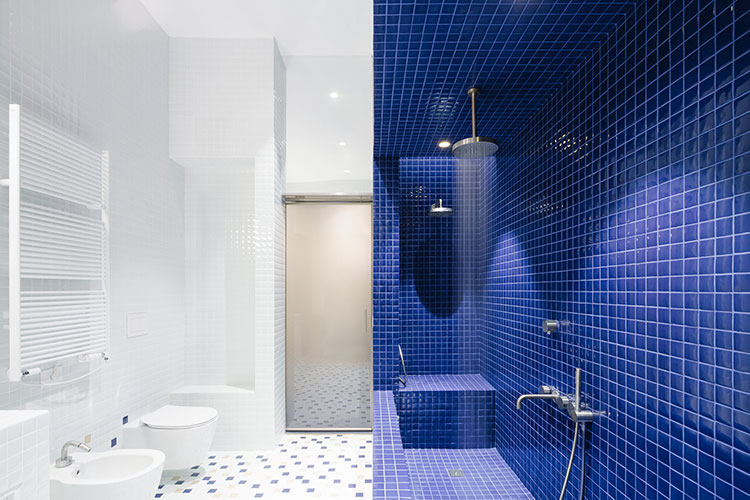 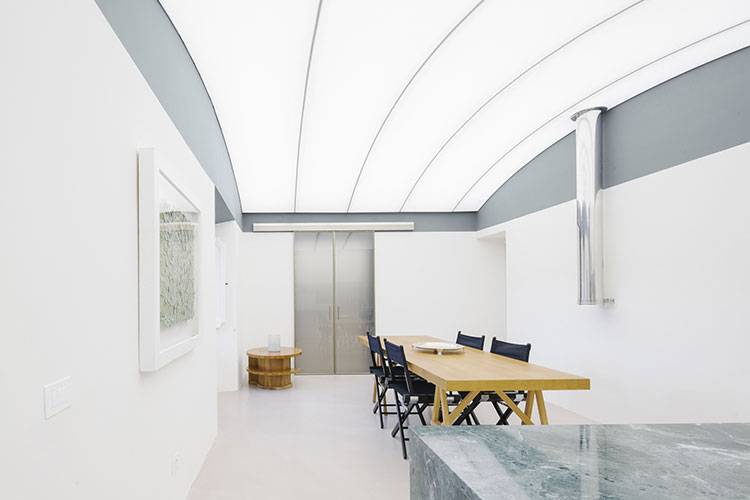 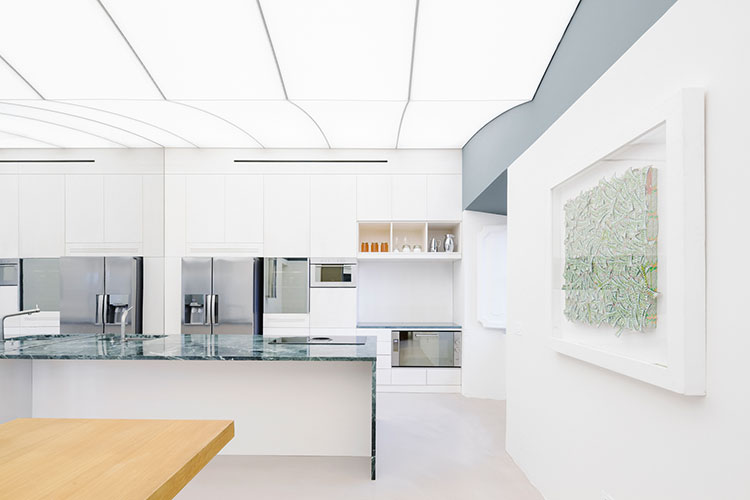 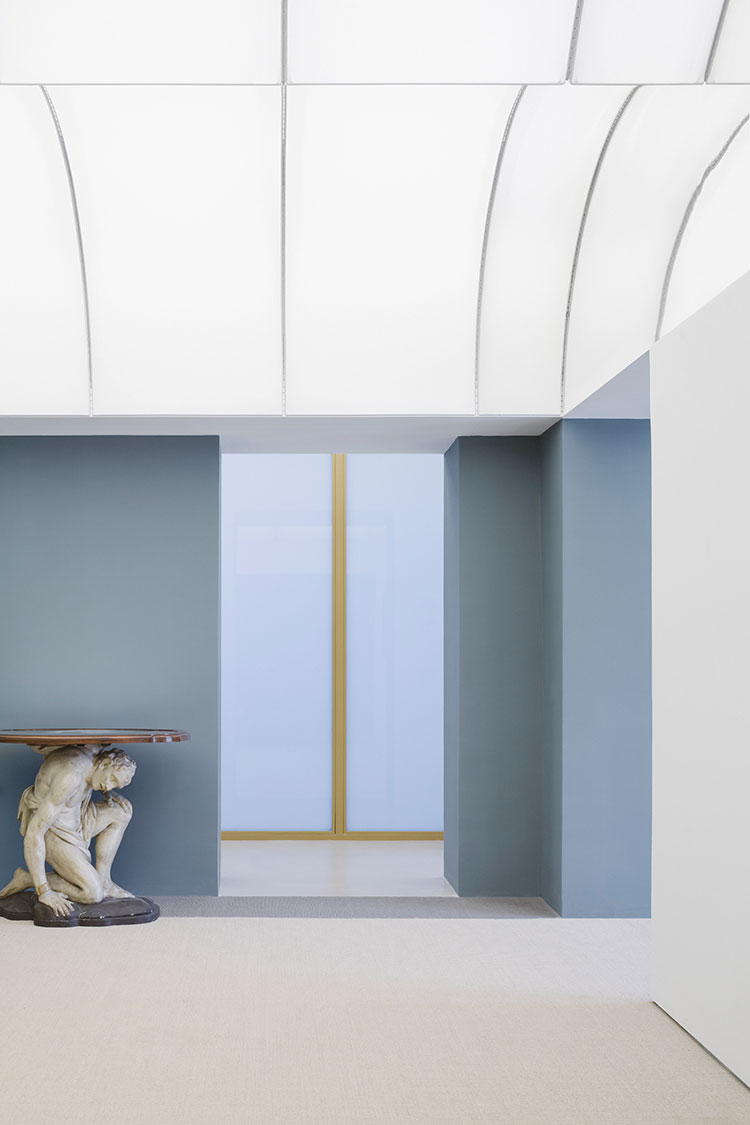