Snøhetta has unveiled the proposal of a new planetarium and visitor center for Norway’s largest astronomical facility. Nestled in the dense forest of Harestua, located 45 kilometers north of Oslo in the municipality of Lunner, Solobservatoriet is the largest solar observatory north of the Alps.

Snøhetta’s design comprises a brand new 1,500 m2planetarium as well as scattered interstellar cabins, each shaped like a small planet. The new facilities will offer a range of scientific activities within astronomy, sun studies and natural science. Here, researchers, school children, retirees and international tourists can embark on a journey into the world of astronomy and learn more about natural phenomena, such as the Northern lights and the night sky. 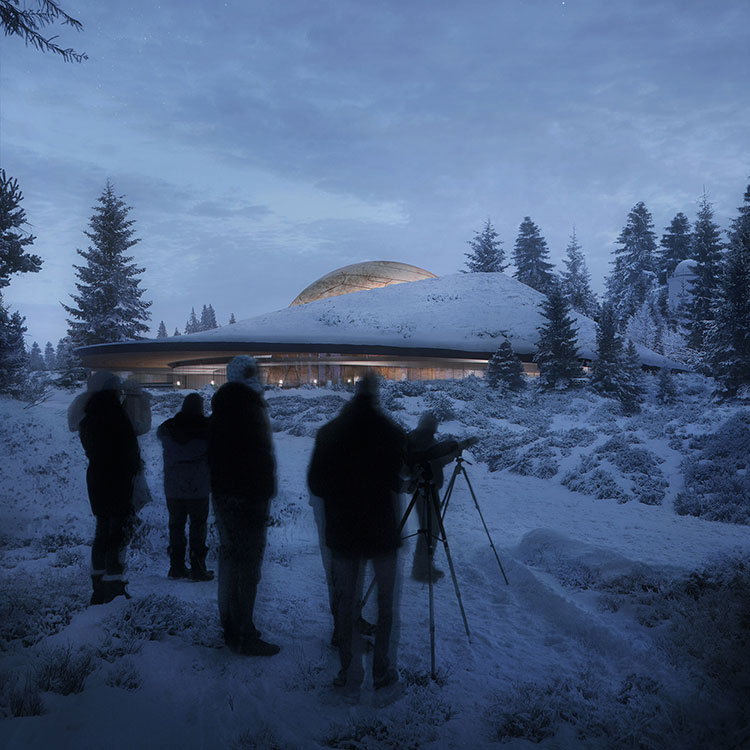 The new visitor’s center is situated near the original solar observatory, a twelve-meter research tower built by the University of Oslo for the total solar eclipse of 1954. Today, the visitor’s center is owned by the Tycho Brahe Institute, named after the 16th century Danish scientist and founder of modern observational astronomy. In developing the design of the planetarium, the architects studied simple principles from astronomy. imitating how planets orbit around the sun, the site’s cabins — which can accommodate up to 118 guests in total — seemingly orbit around the planetarium. 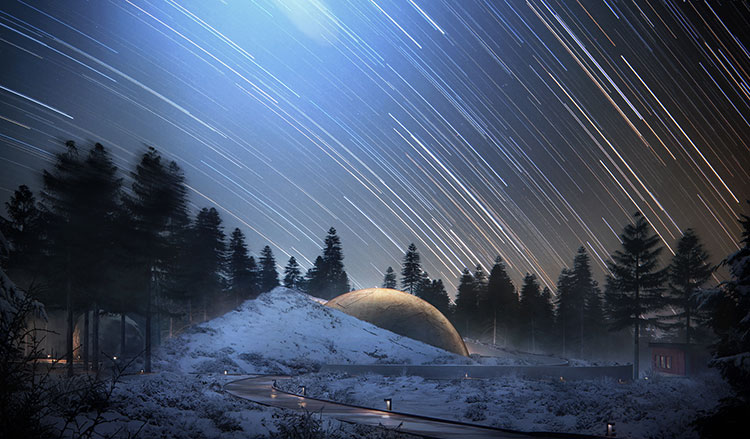 The planetarium, the focal point of the project, has been conceived as a ‘Celestial Theater’. The living roof, planted with grass and other vegetation, functions as a cross between landscape and built structure that visitors can access. Half-sunken into the ground, the three-story theater emerges from the earth as an orb engraved with constellations, gradually revealing itself as visitors approach. Internally, the 100-seat auditorium allows for a realistic projection of the stars and planets. This theater is surrounded by a reception, café, and exhibition area and a ramp that leads up to an exhibition mezzanine and the outdoor roofscape. 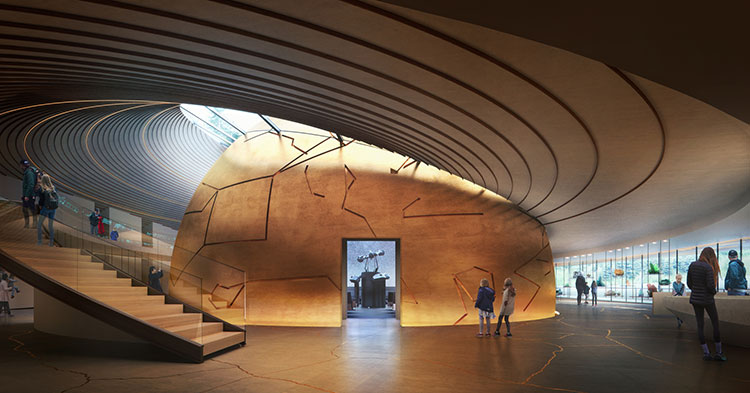 Surrounding the planetarium are the seven cabins, each with a different design. Clad with a variety of materials, some appear to be halfway driven into the ground, while others gently rest on the forest floor. Six of the cabins alternate between 8 and 10 meters in diameter and can accommodate up to 10 and 32 people respectively. Meanwhile, the smallest planet, zolo, is 6 meters in diameter and contains a two-bed cabin, offering guests an undisturbed night under the stars. 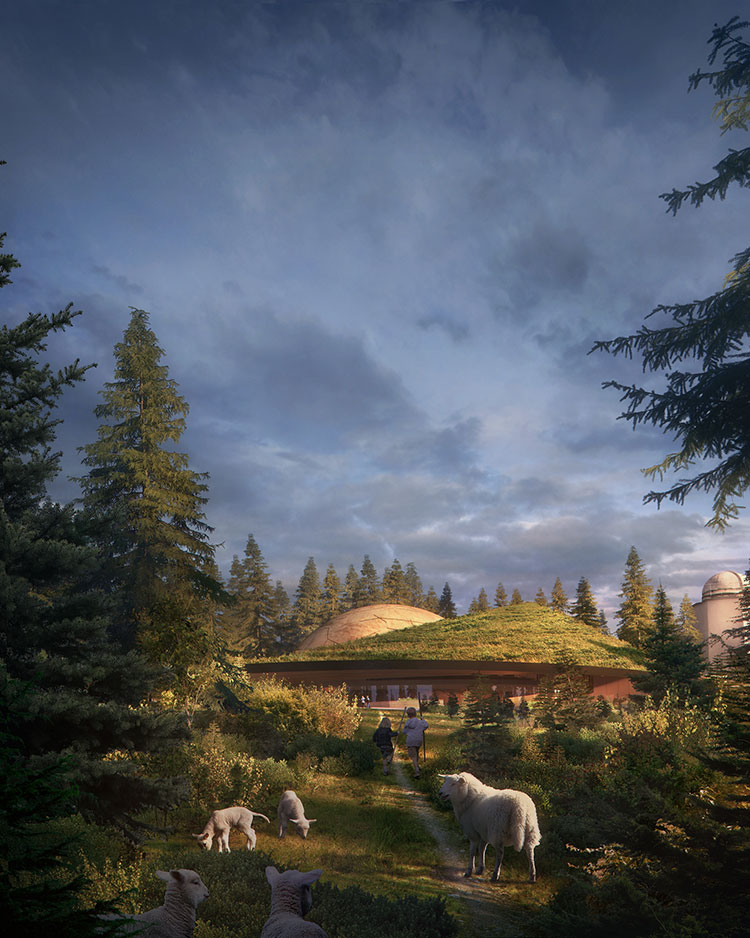 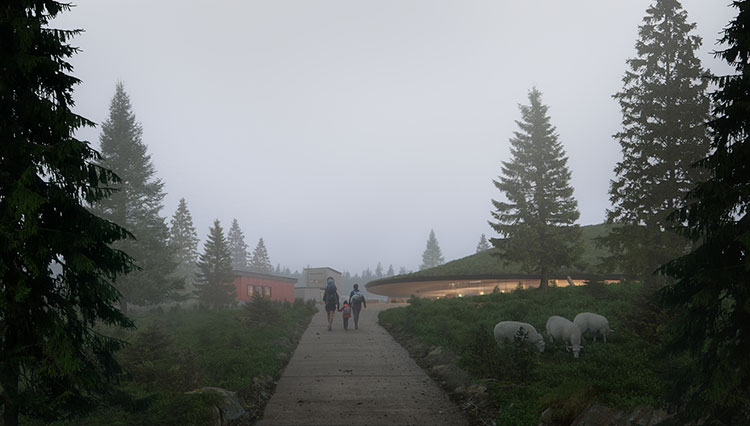 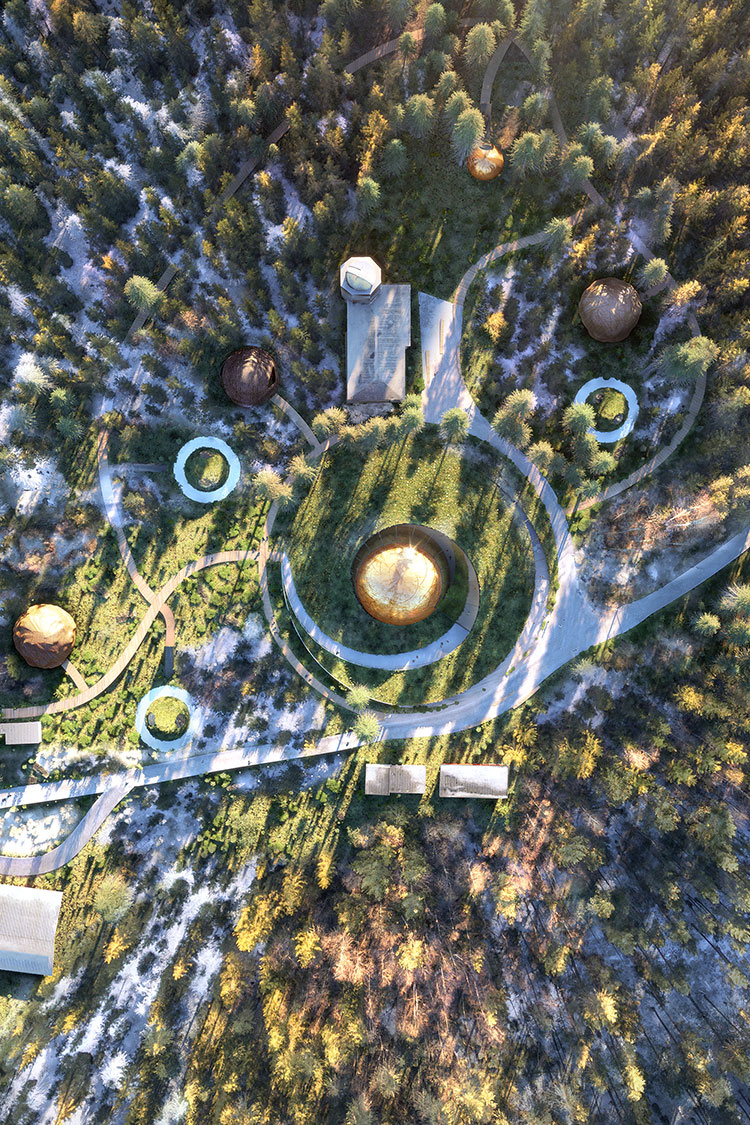 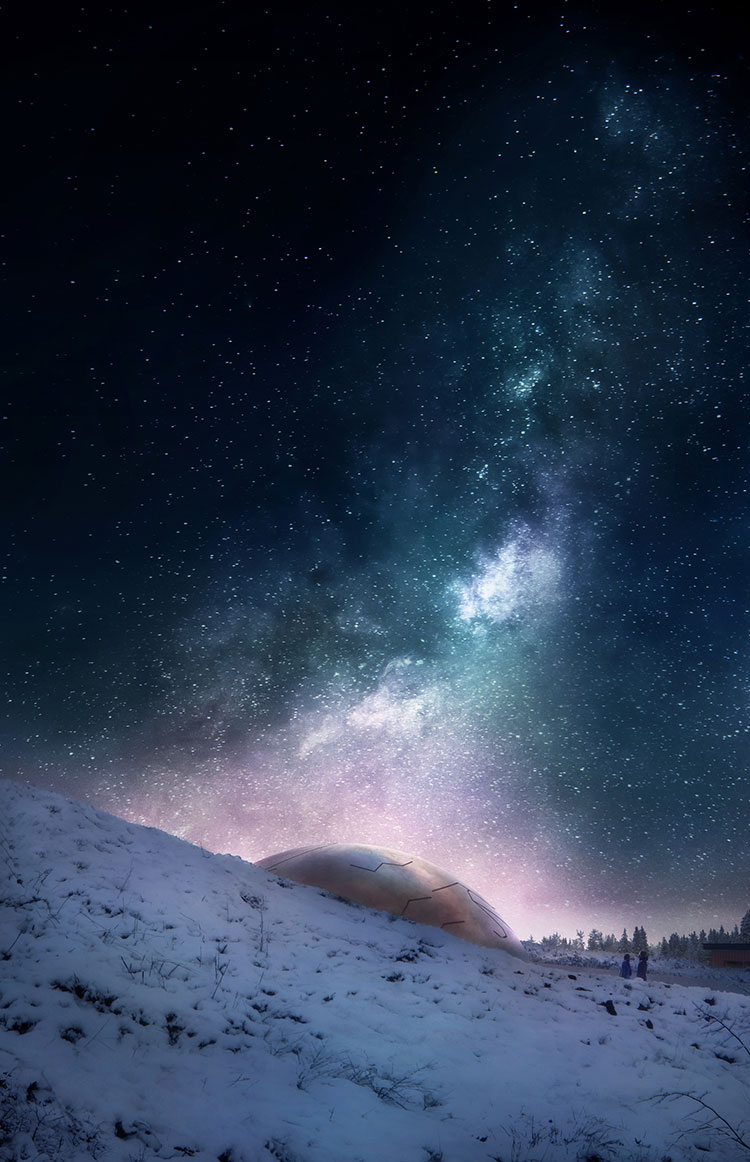 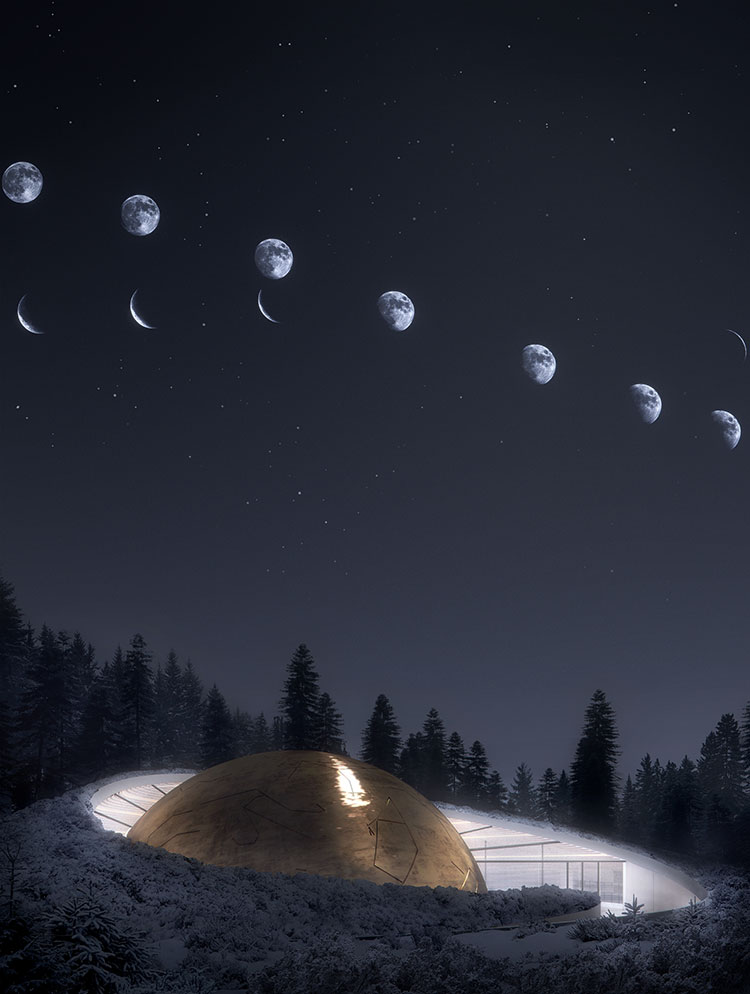