As a part of the 2018 Venice Architecture Biennale, the Swiss Pavilion, awarded with the Golden Lion for best national participation, draws the attention on the unfurnished interior of the contemporary housing by celebrating a peculiar form of architectural representation — the «house tour».

A house tour offers a meandering, eye-level view onto the apartment interior. This view consolidates into a series of images, which register the apartment according to the qualities and affects afforded by its quintessential architectural palette: a ±240 centimetre volume dressed with white walls, skirting board, wood or tile flooring and off-the-shelf components and fittings. 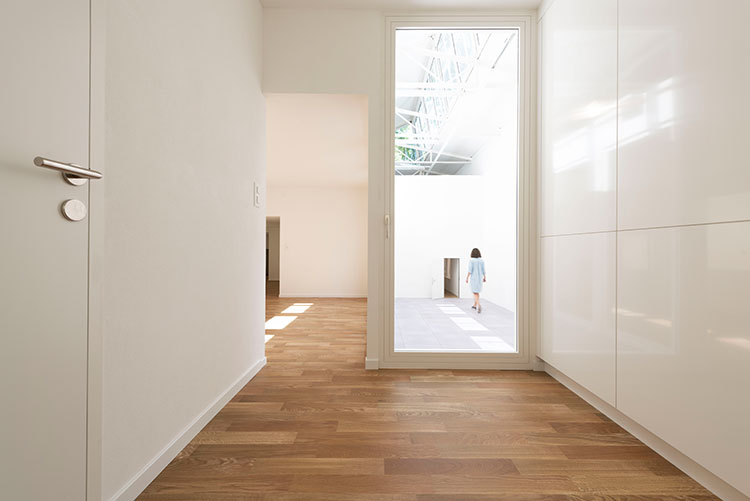 Visitors to the Biennale Architettura are invited to come into the Swiss Pavilion and take a house tour of the ubiquitous apartment interior. What is built within the Swiss Pavilion is not a «house» but a house tour: interior scenes are constructed at a range of different scales and spliced together, creating a labyrinthine sequence of interior perspectives. 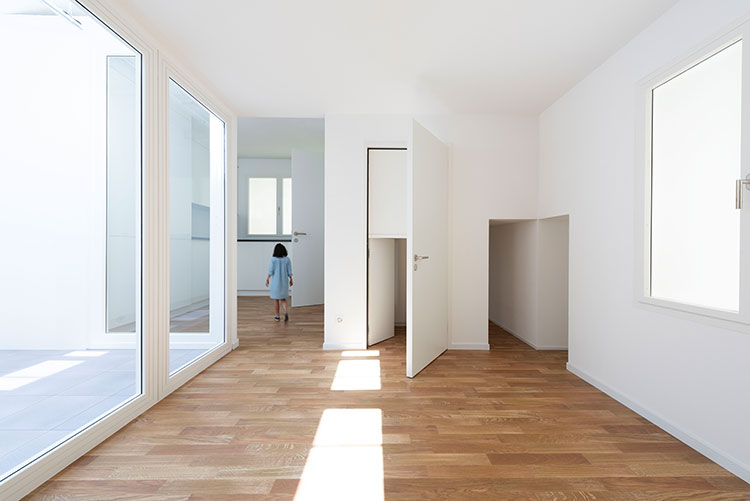 In preparing this tour, the curatorial team assembled a vast archive of unfurnished interior photographs from the websites of Swiss architecture offices. By focusing attention on the apartment’s unadorned shell, these «house tour» images foreground an iconoclastic surface that has historically avoided the purview of architectural representation by hiding behind the plan’s promise of rationality and control. Like the whitewashed walls of art galleries or Protestant churches, the walls of a flat were never made to be looked at. 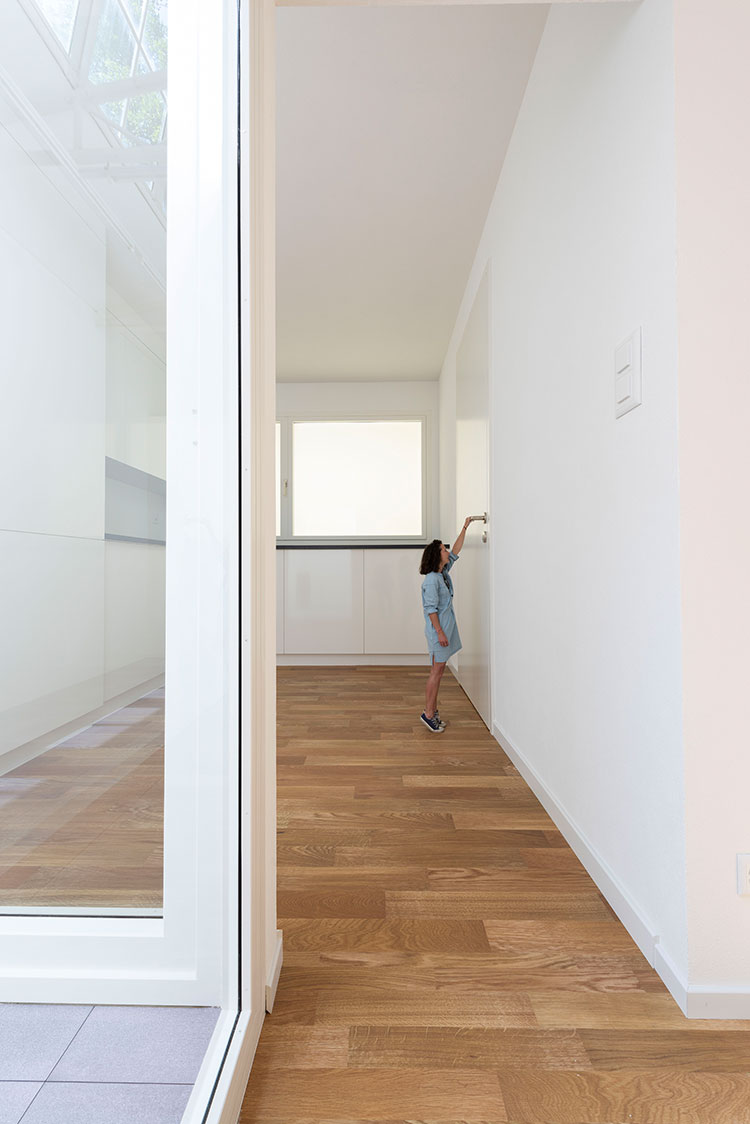 For «Svizzera 240: House Tour»’s architects, Alessandro Bosshard, Li Tavor, Matthew van der Ploeg and Ani Vihervaara, the paradoxical presence of the image of the unfurnished interior implies a challenge to the tradition of the inconspicuous interior and anticipates an alternate architectural sensibility through which to reinterpret this most intimate surface of contact between architecture and society. 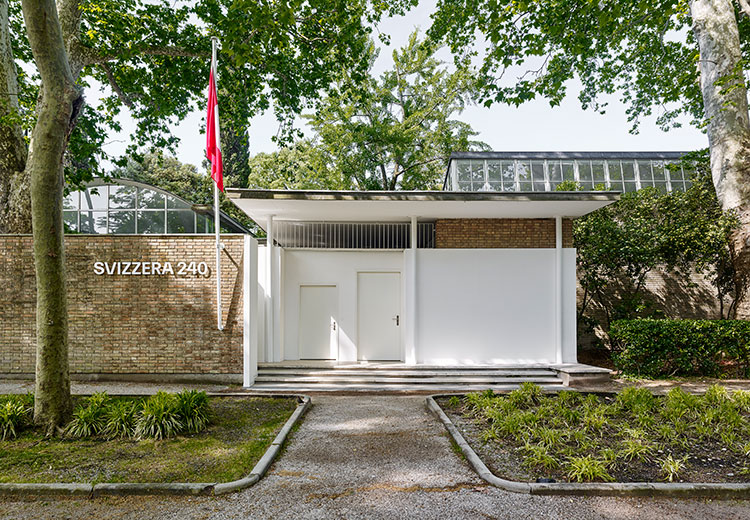 The installation reverses the standard format of the architectural exhibition. Instead of representing building (or using representation in order to build), the architects build representation. The construction of the installation adheres more to the principles of the image of an apartment than those of an actual apartment. The image’s inability to convey scale, dimension, depth or spatial adjacency is presented to the viewer in built form. You enter an impossible dwelling. On this tour, you are no longer an apartment dweller, builder or buyer —nor are you an academic or even an architect— you become an entirely new architectural subject, a house tourist. 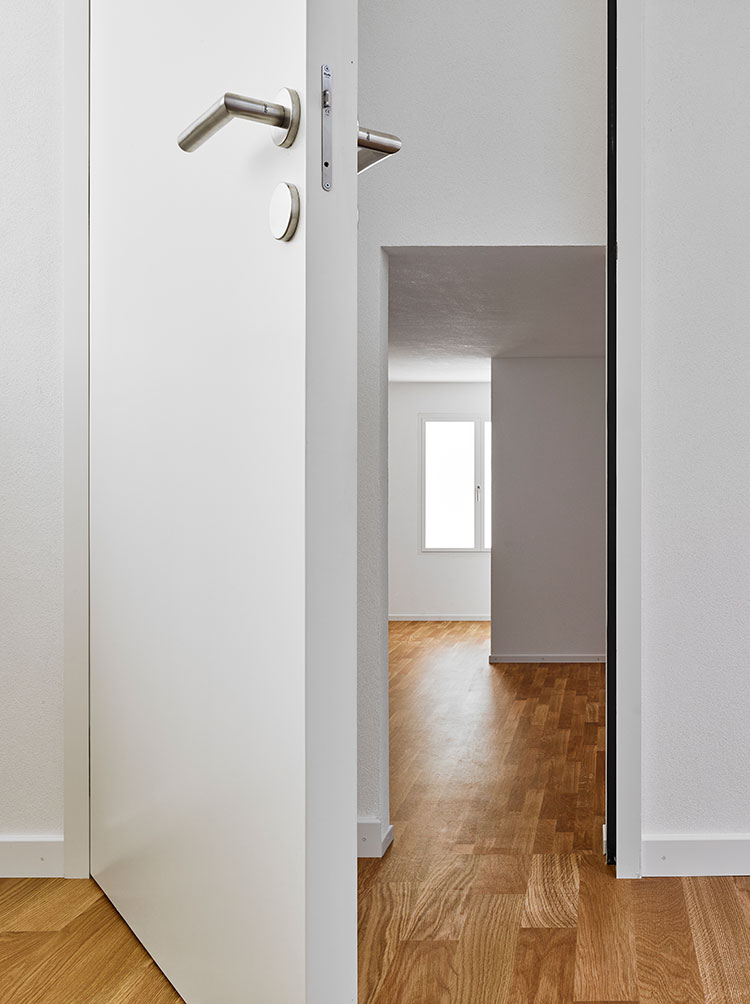 Drawing on this year’s Biennale Architettura theme of «Freespace», proposed by Yvonne Farrell and Shelley McNamara, «Svizzera 240: House Tour» proposes that architecture’s relevance lay not solely in its capacity to build generous spaces, but also in its ability to construct representations which, by soliciting alternate ways to see or engage the world, are capable of extracting latent potential from even the most restricted architectural conditions. 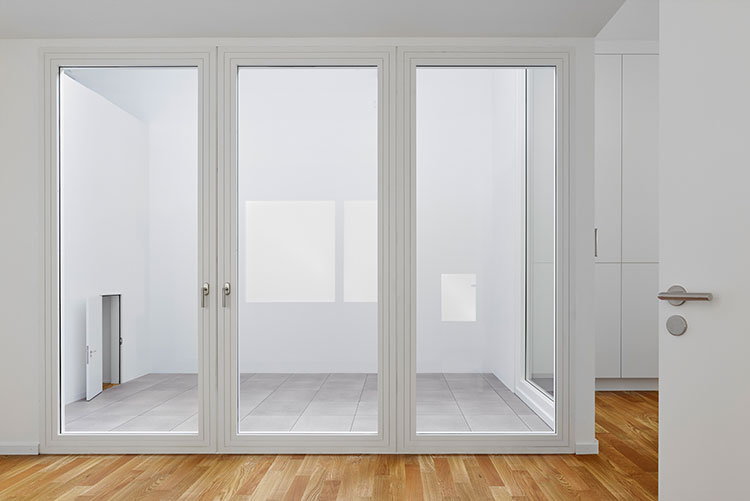 The exhibition is accompanied by a catalogue produced in collaboration with Adam Jasper, Studio Martin Stoecklin and Park Books. This book takes the reader on a photographic house tour through the unfurnished Swiss apartment interior. This tour is complemented by texts from an interdisciplinary group of writers that directly respond to photographs of unfurnished interiors.

The Venice Architecture Biennale 2018 will runs until 25 November 2018.