This minimalist residence outside São Paulo by Studio MK27 is, as the practice describes, ‘a radical exercise in horizontality’. Planar House is discreetly inserted at the plot’s highest point and topped with a green roof that mimics the surrounding lawn, as well as contributes to the thermal comfort in the house.

Referring to the roof as the building’s fifth façade, the architects also carefully integrated solar panels and skylights within the canopy. 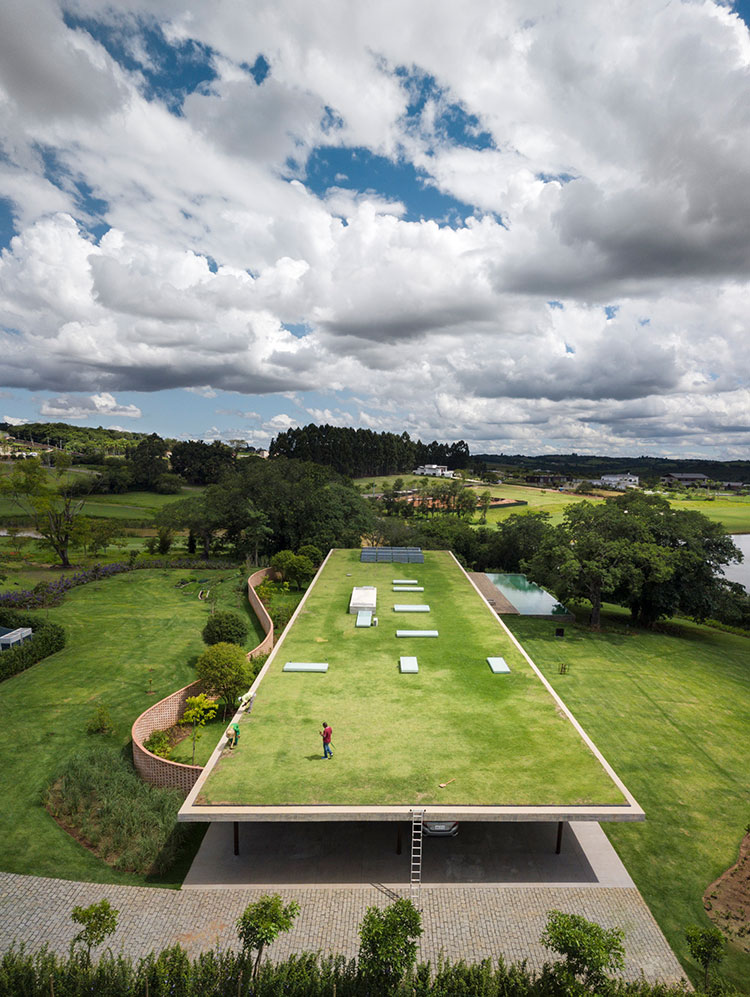 “Structurally, the slab is a rigid platform that is not supported by beams but directly by the pillars, which are distributed modularly in three axes,” explains studio MK27. “The cross-shaped metallic pillars are an homage to the elegant proportions of Miesian architecture.”

Under the roof there are two programmatic boxes, the first one with the service areas, gym, tv and playrooms and the second one with the five en-suite bedrooms. The living rooms are located at the extremities and can be completely opened or closed by sliding glass doors transforming the entire house into a terrace. 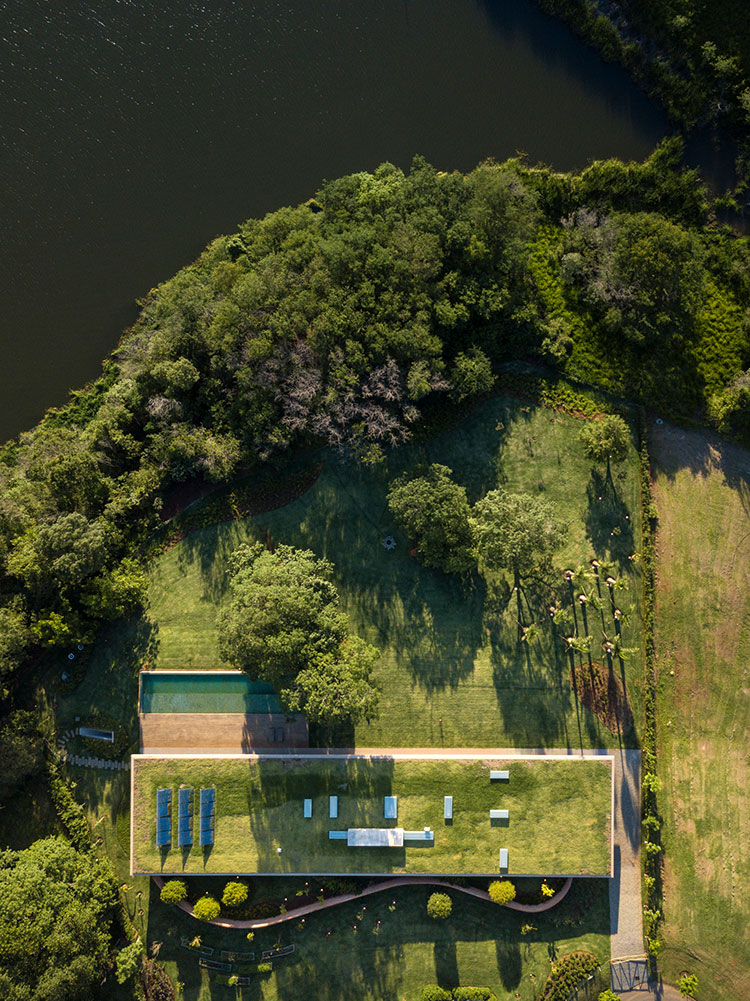 The interiors are made of low and solid wood furniture and the layout of the spaces leaves enough space for free circulation between the furniture and the panels and allows for an individualized reading of each piece. A translucent multi-colored club-chair hanging from the slab becomes the focus of attention and contrasts with the horizontality of the house. 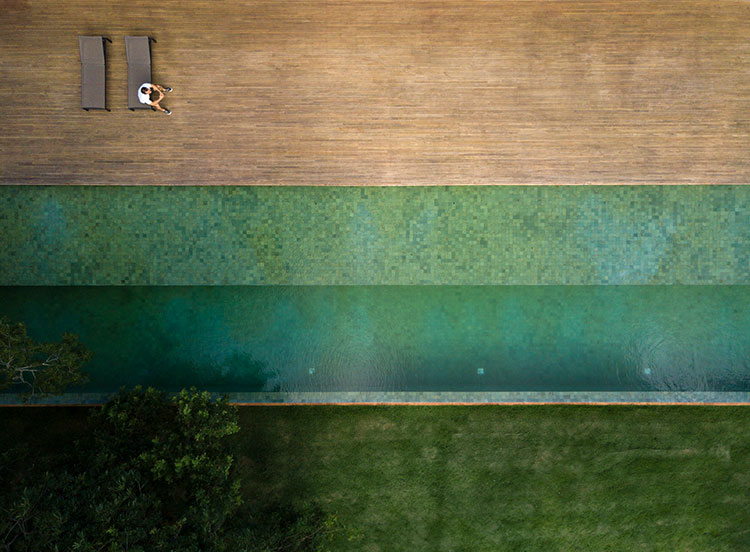 Surrounding the rigid formal distribution, there is a vertical winding wall made of solid bricks arranged in solids and voids. Paradoxically, it defines the different relationships between the internal and external spaces.

The wall, which is usually a symbol of division and isolation, in this project, is at times concave and at others convex, embracing the entrance garden and creating transparencies as well as offering protection from the street. Its brick texture contributes to a cozy atmosphere and creates light filters with kinetic effects as the day passes. 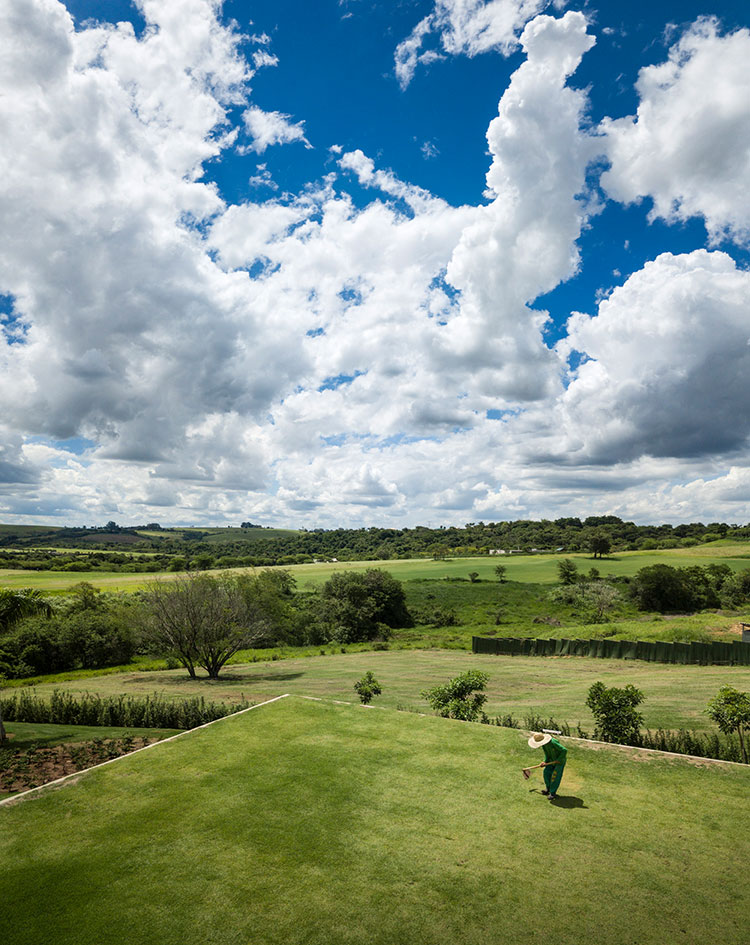 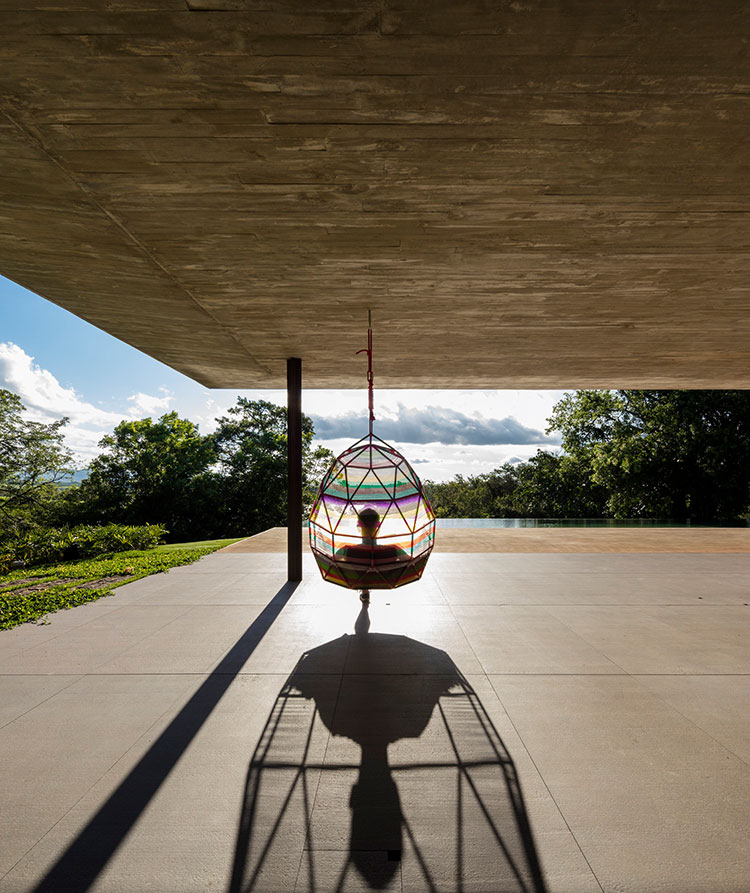 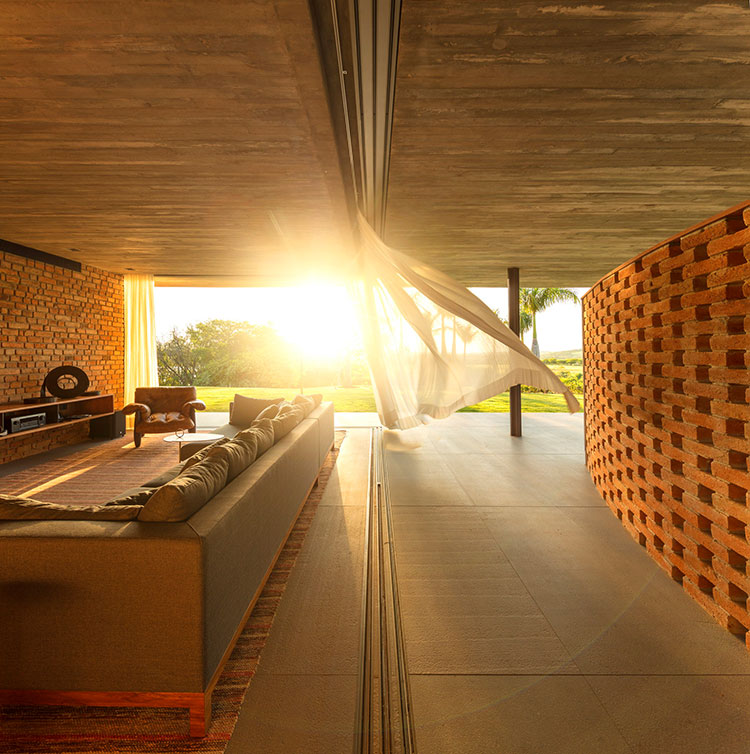 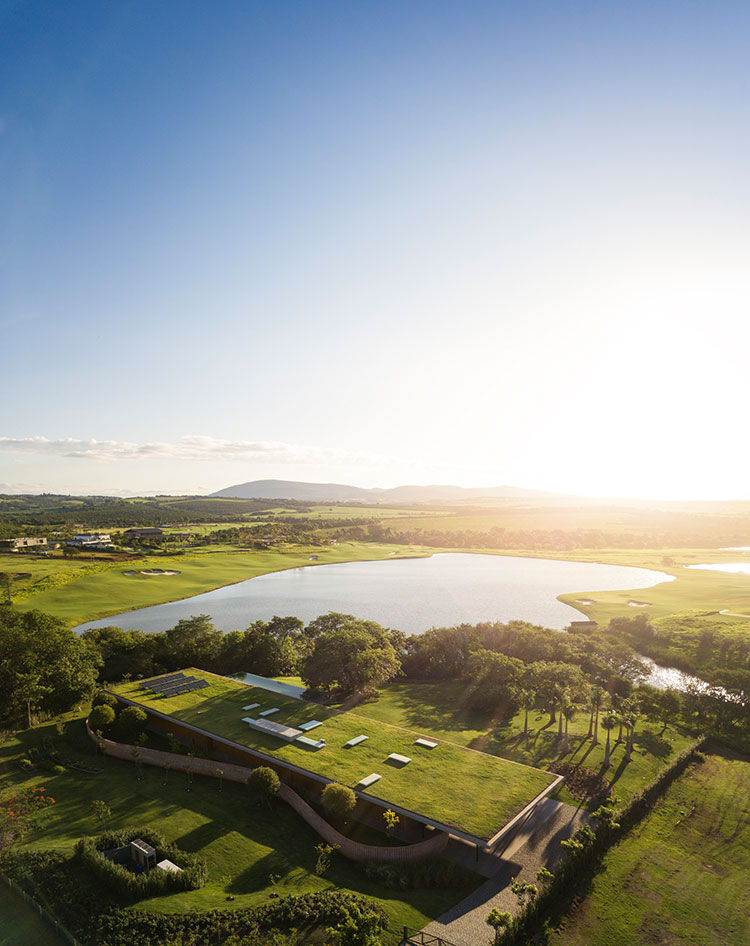 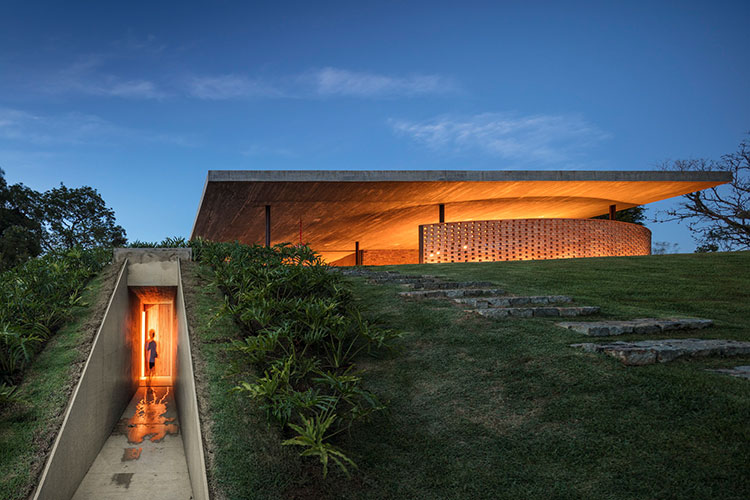 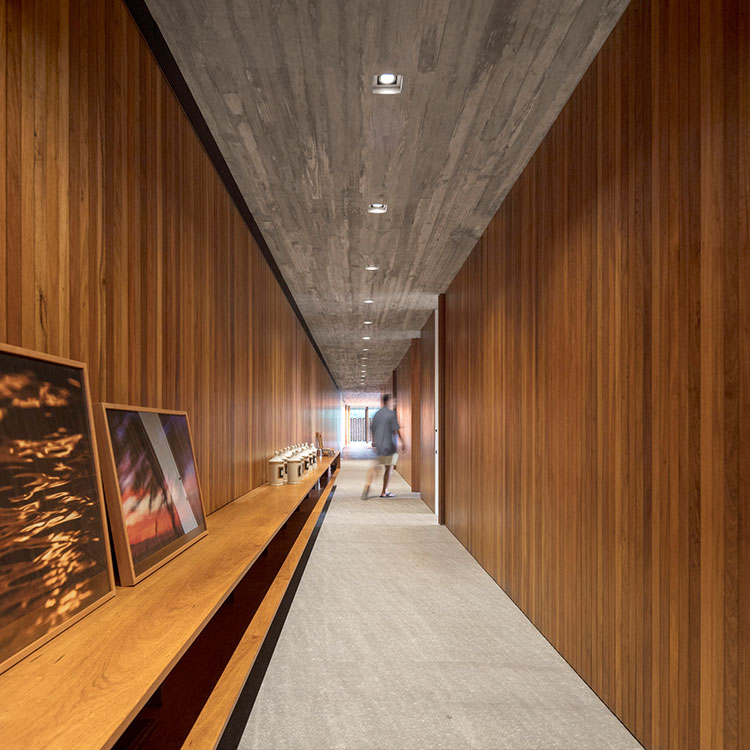 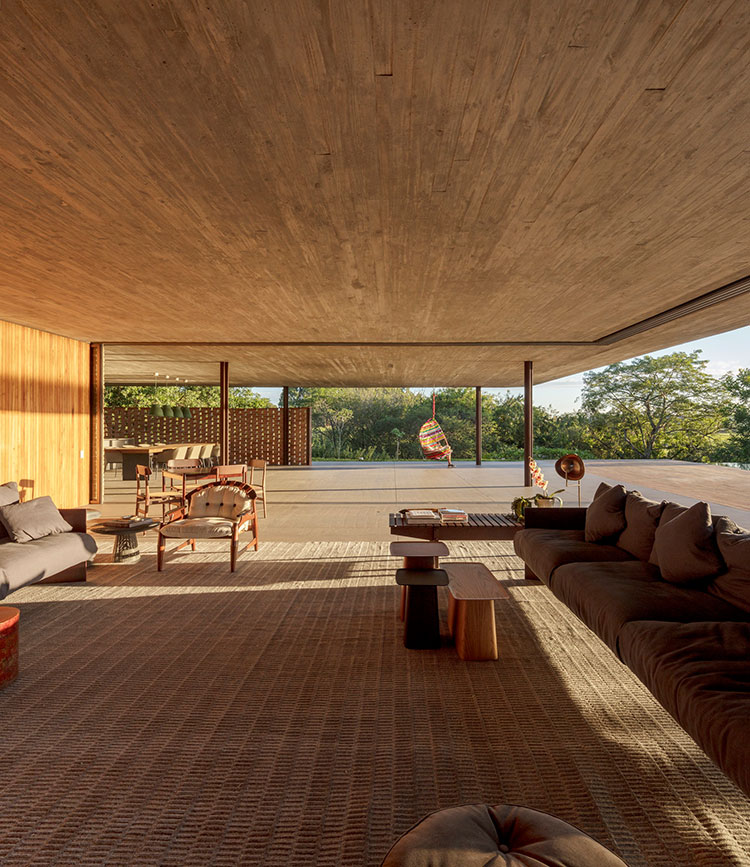 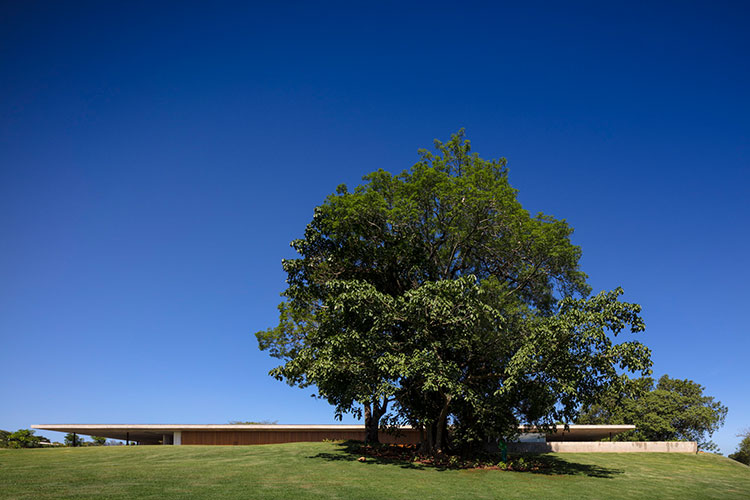 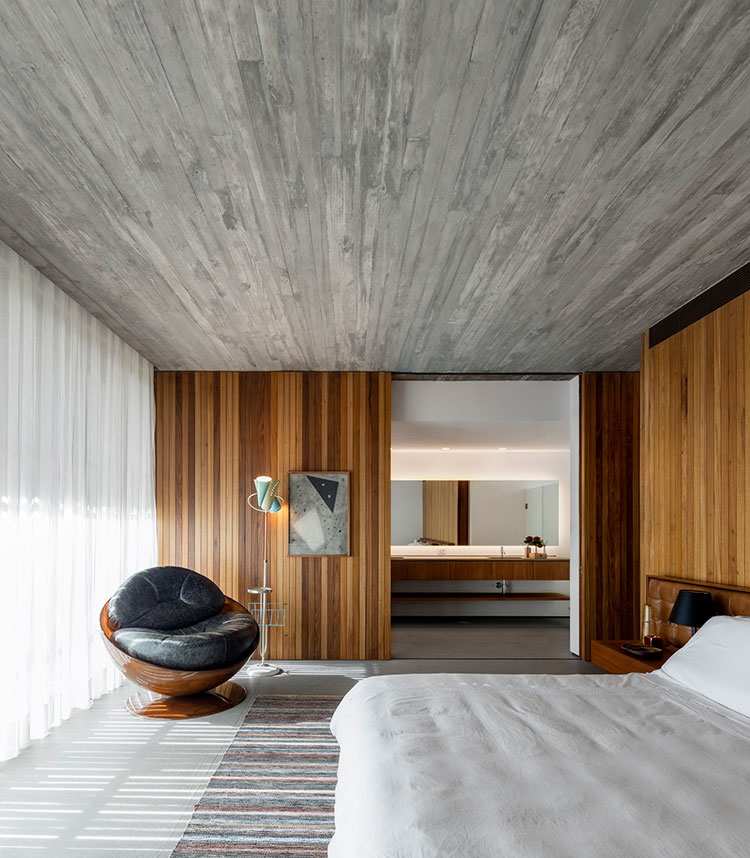