Casa La Roja, or The Red House, is a small house located in San José de Maipo commune in Chile, near the border with Argentina. Designed by Chilean studio Felipe Assadi Arquitectos, the dwelling, as the name suggests, features a vivid scarlet exterior that contrasts with its lush, green surroundings.

The house comprises 87 square meters, which is distributed across two levels. The design team began with a cube, then cut away portions to bring in light and give the home a more sculptural appearance. “Its shape arises from a solid cube and the subtraction of part of its mass, to generate a double-height entrance terrace and the roof slopes,” the team said. 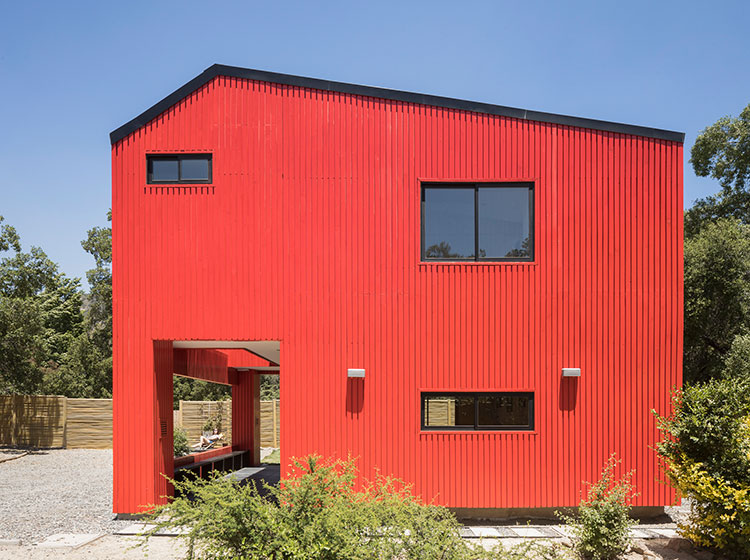 “It is a low-density area, with plots around 5,000 square meters,” said Felipe Assadi Arquitectos, a studio based in Santiago. “Therefore the houses are isolated, with no visual contact between them.”

The intense green of the surroundings suggests a complementary color, to activate the relationship between the landscape and the project through contrast. Hence the choice of pure red for the facades, which, by the way, is quite common in the homes of neighboring towns. 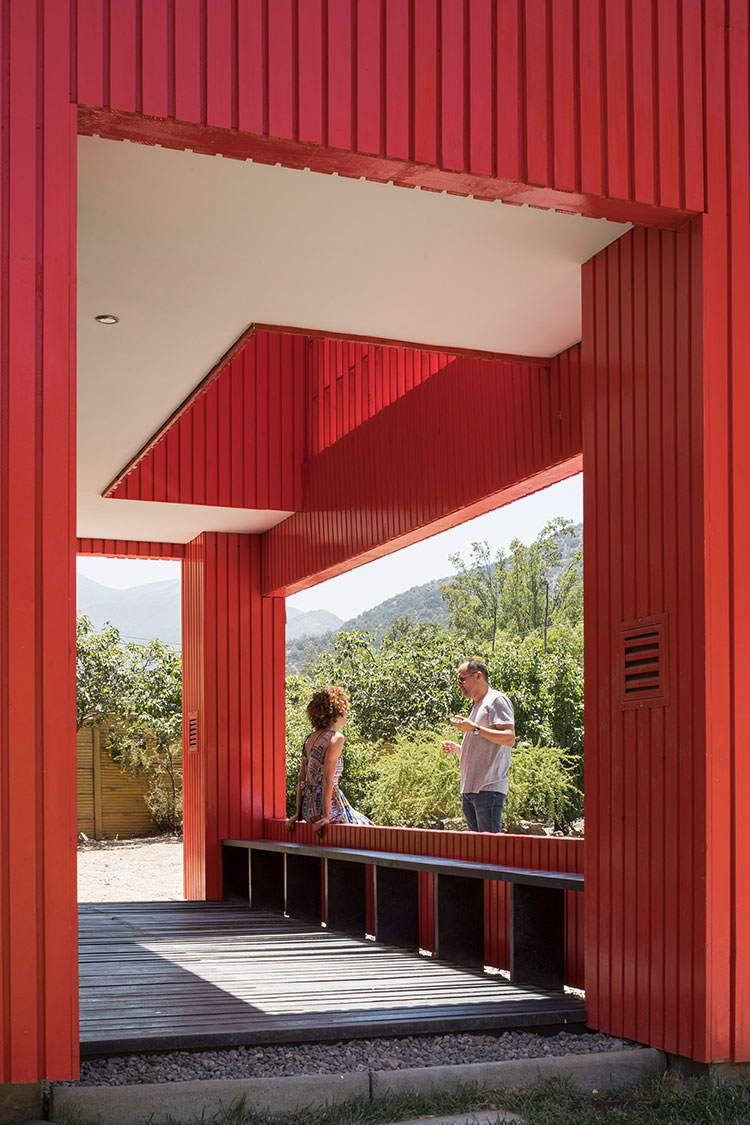 Although the house was built on site, its dimensions are designed to allow for prefabrication. Each floor is composed, in this case, of the sum of two 840 x 350 modules. Each of the four modules of the house can be transported on trucks and assembled on site with cranes. Similarly, its symmetry allows for the addition of further programs to the sides, either on the lower or upper floors, joined through the corridor located on the side of the staircase. 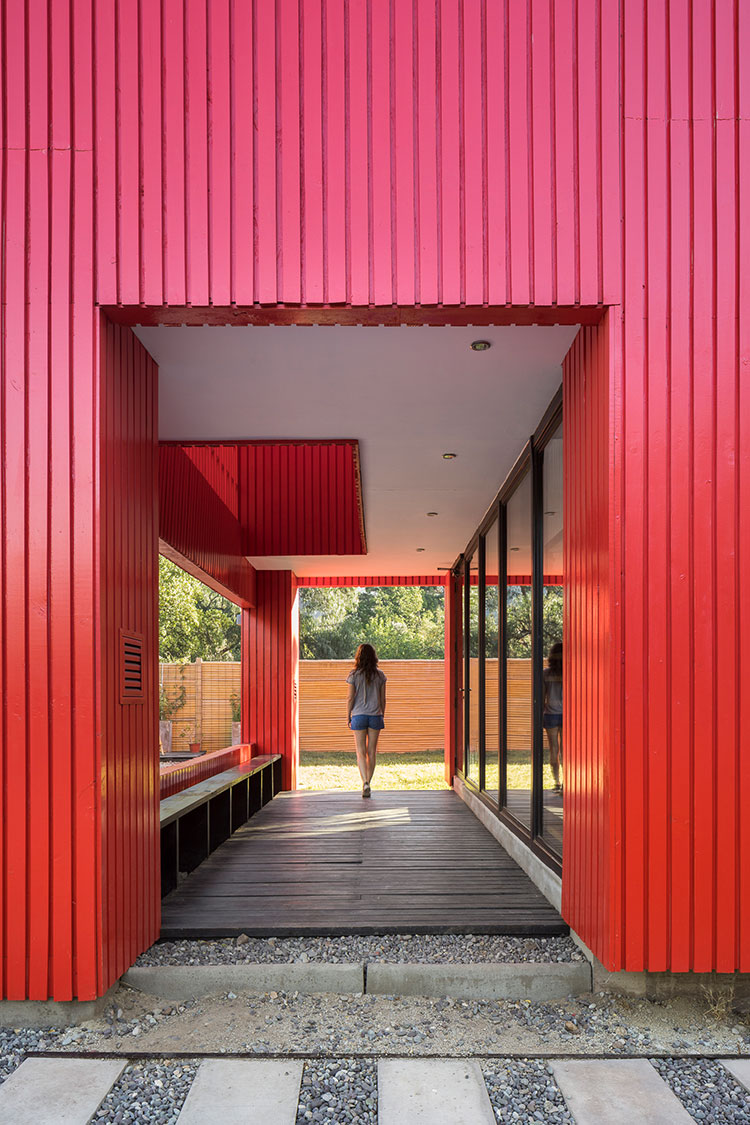 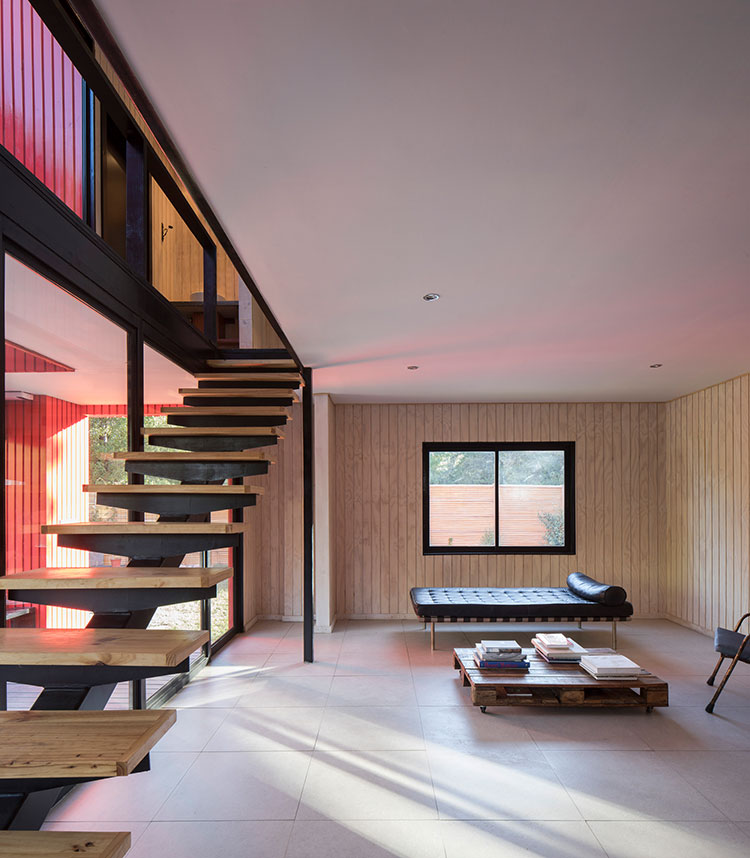 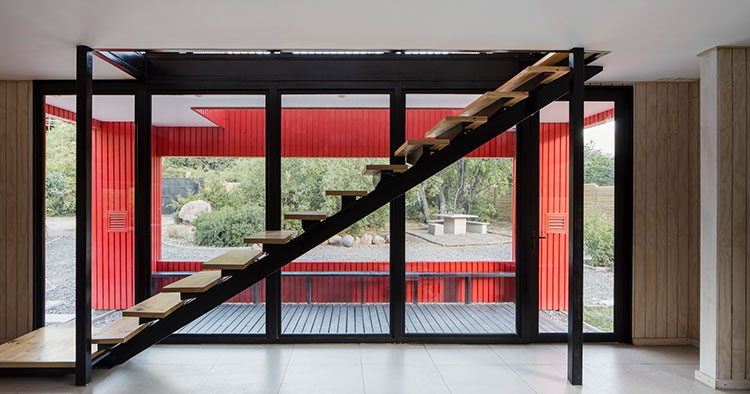 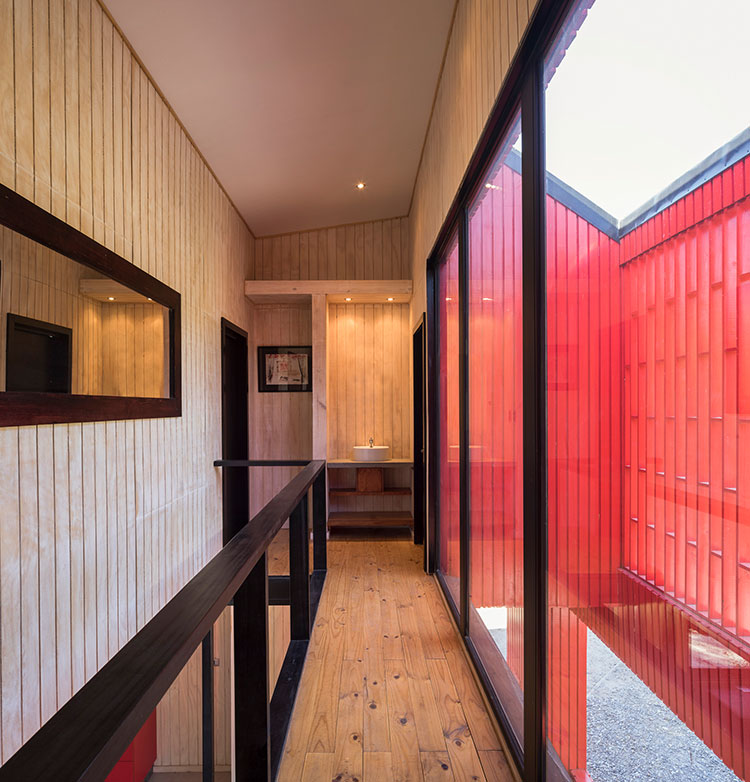 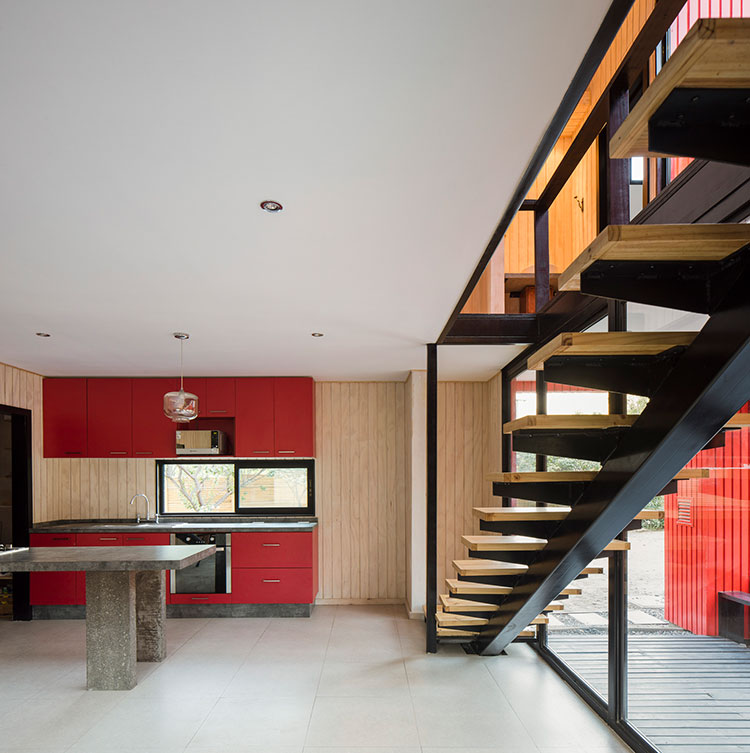 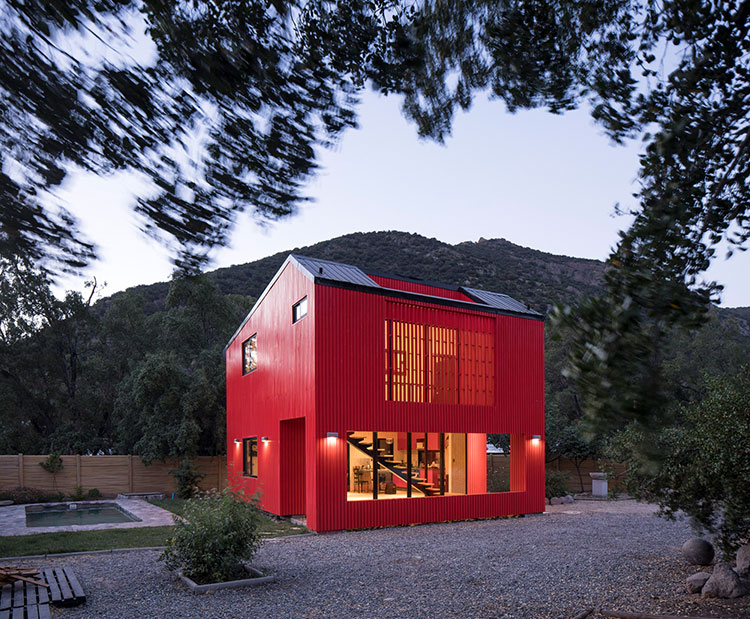