Architecture studio Russian for Fish brings a bold contemporary look into the basement of a London Victorian terrace house by installing a bright yellow kitchen. Occupying the lower two floors of a Victorian terrace, the duplex was formerly described as having a “dual personality”. 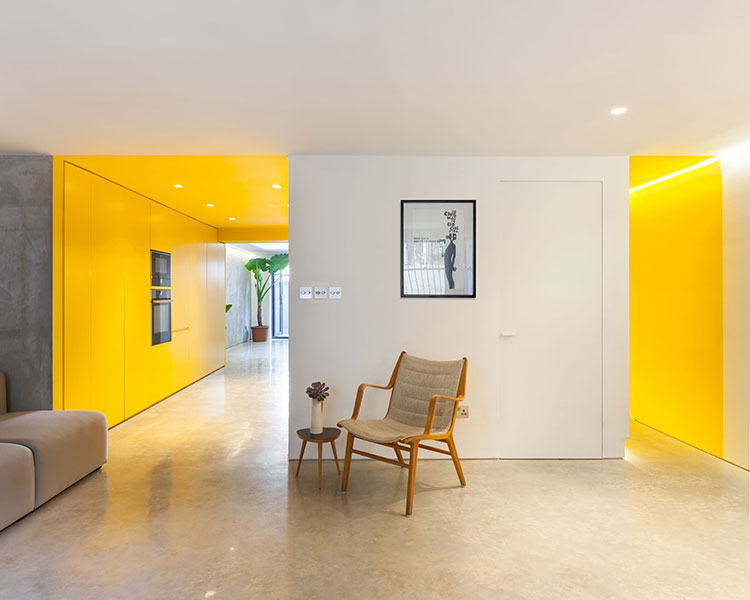 The ground level, which plays host to two bedrooms, a bathroom, and a dressing area, was spacious and filled with light – while the basement housed a series of narrow corridors and dim, vacant rooms.”The contrast couldn’t have been more stark,” says the architects. 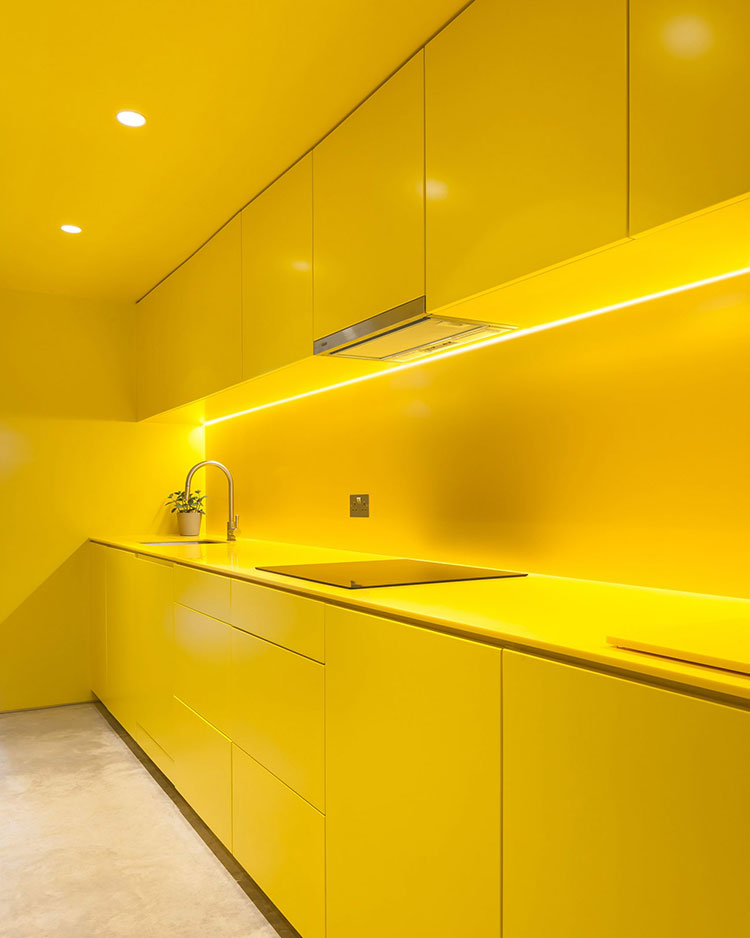 Having seen Russian For Fish’s reinvention of an apartment in City View House, the owner turned to the architects and designers in the hope of revitalizing the space, turning the dark and neglected half of their home into somewhere bold, contemporary and welcoming that reflected their taste for contemporary, gallery-style restraint. 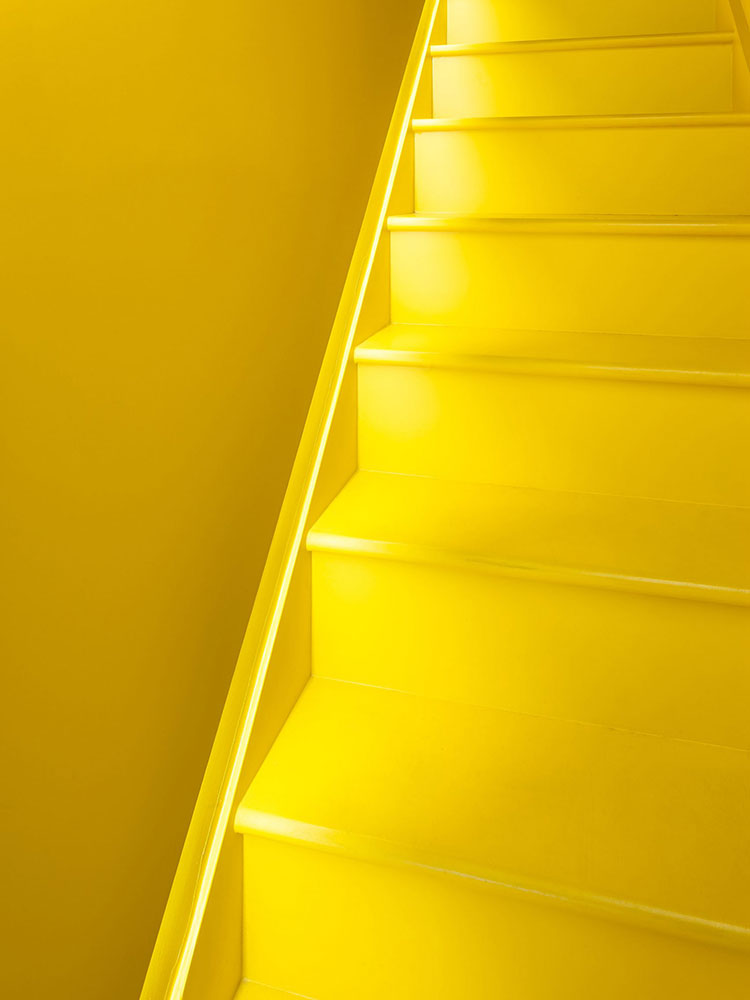 Inspired by the aesthetic of commercial/industrial spaces, concrete was high on the priority list. Polished, light-toned concrete was used for the floor throughout the lower-ground space and the party wall. This was complemented by off-white walls, and contrasted by the sunburst of vibrant yellow that dominates the kitchen, turning it into a distinct area within the open-plan space. That yellow continues up the stairwell, creating a threshold between the lower-ground floor and the more traditional interior beyond. 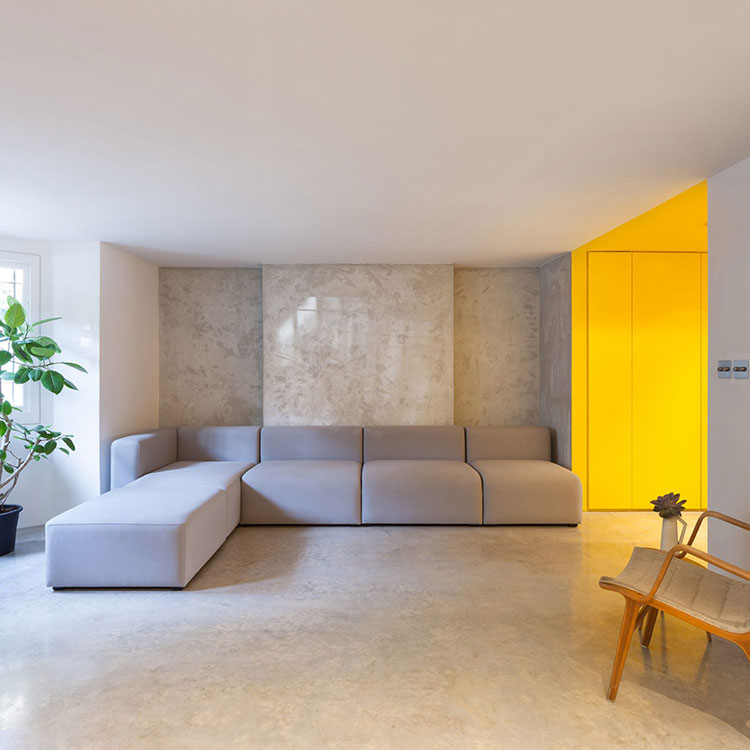 These color combinations serve to lift and brighten the space, helped by the addition of a large skylight in the existing side-return extension – turning what had been a lifeless passageway into a hall of light, dotted with plants to introduce warm and vibrant green tones into the palette. Reconfiguring the layout of the lower-ground resulted in additional usable space, allowing for the addition of a utility room and a shower room – fitted with brushed stainless steel and marble tile – without any structural alterations to the property. 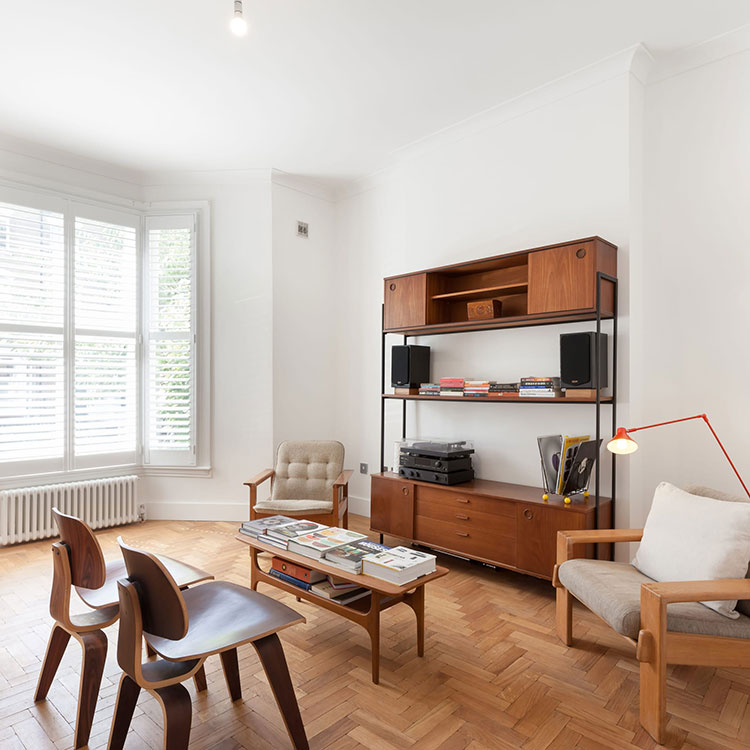 The final touches were provided by the client’s own furniture and extensive record collection, which now have room to breathe as features of the new interior. The result is a lower-ground floor that preserves its existing contrast with the top half of the flat, but now the journey between the two is an eye-catching surprise, rather than a disappointment.