Seven theatres, 600 seats, an extensive foyer, two bars and a cash desk went into this large-scale project. Nestled in an area rich with cultural institutions like the C|O gallery and the Helmut-Newton institute, the design concept was to make each hall excitingly different, like separate artworks on show in a gallery. 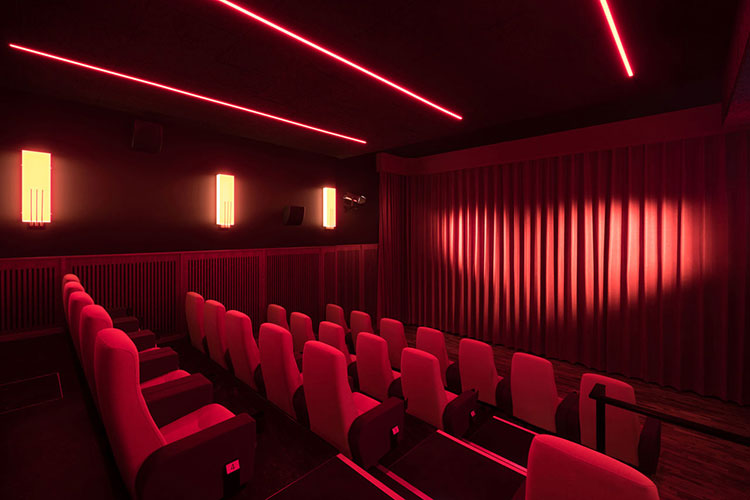 Inside each theatre, there is a different atmosphere, though unifying design themes subtly connect them. Angular strips of light cut through the halls, capable of any colourscape through clever LED technology, and the various textile wall coverings throughout hiding expertly installed sound distribution and damping medium, ensuring optimal audio quality for every guest. 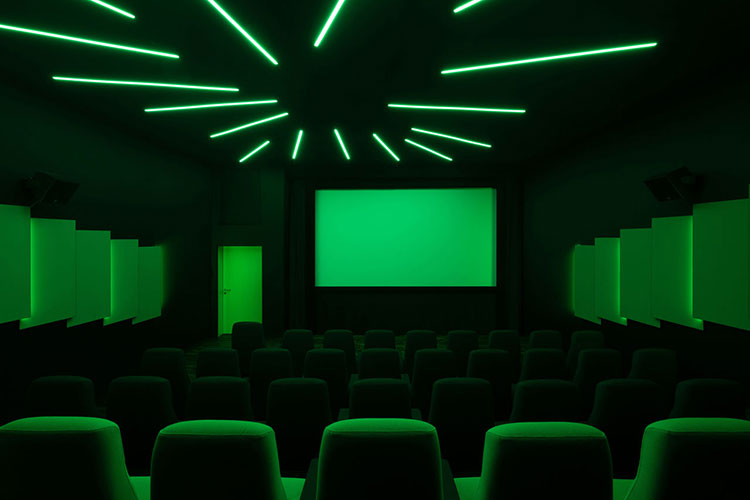 The wall of one theatre is decked in hand-painted pink hued diamond shaped tiles. Another is clad in knotted pinewood, evoking the film and theatre backstage, in contrast to the grandiose, theatre red interior. Another theatre is pitch black, with the color-controllable LED light dissolving spacial boundaries, until the lights go down for the film. 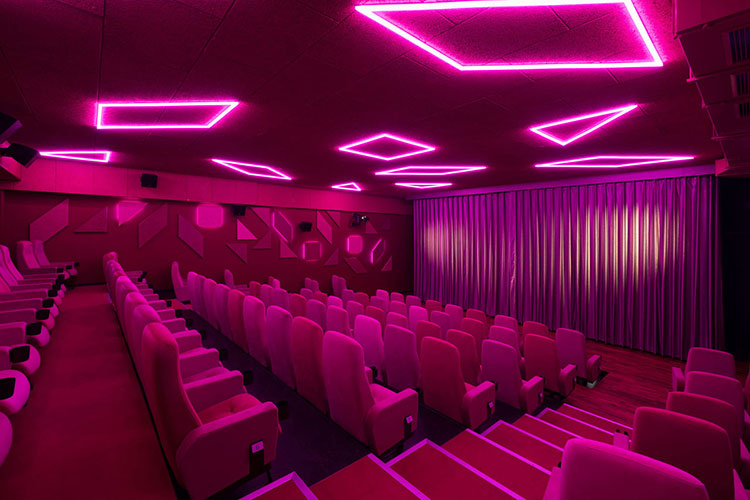 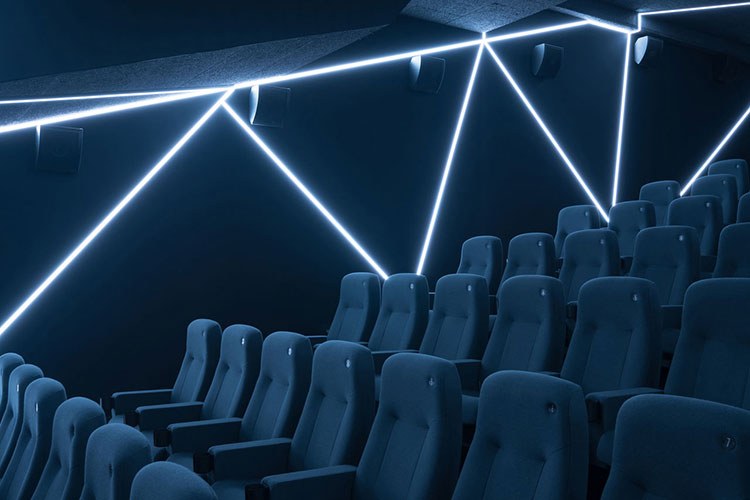 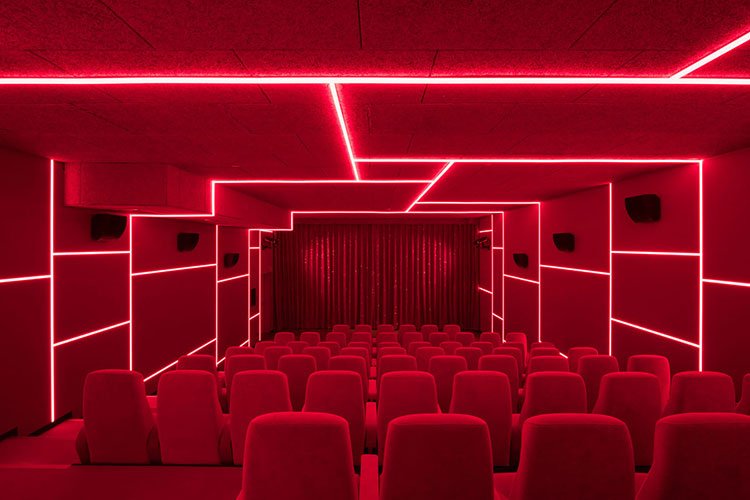 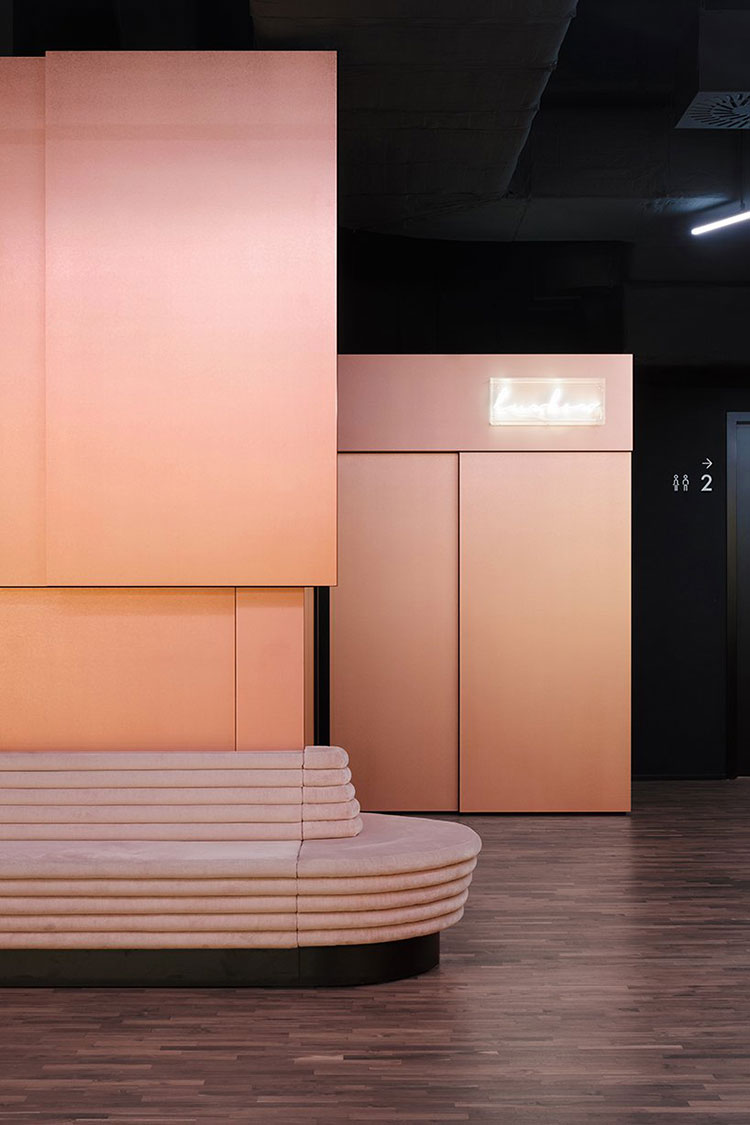