Villa G was designed by architect André Pihl to replace an existing 1960s cottage on the site, which is located in a quiet bay in the southeastern region of the Swedish archipelago.

This region is renowned for the oak forests that have contributed to the Swedish boat-building tradition for centuries. The western section of the site is oriented toward the coastline, giving access to the southern horizon of the Baltic Sea. The rocky shoreline is a result of blasting and excavation that characterizes the landscape and protects against the harsh, autumn storms. 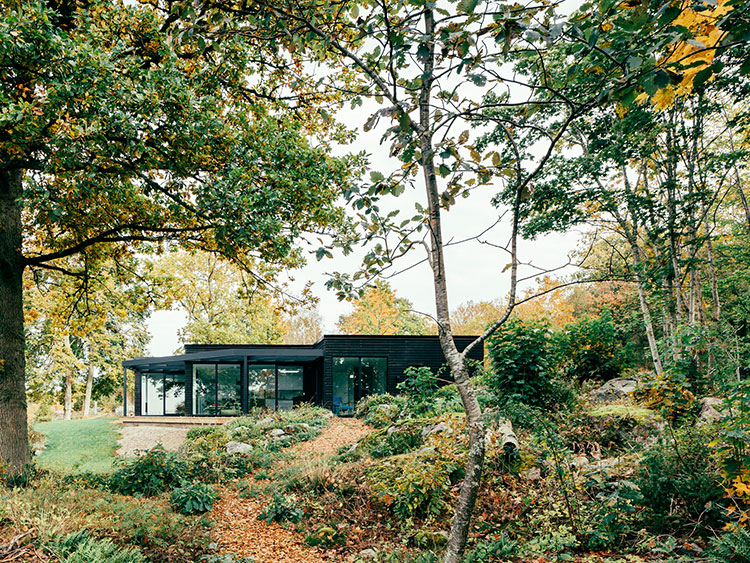 The new house is aligned with the center of the previous building and is orientated to take advantage of the views, as well as ensuring sight lines from the neighboring property are not obstructed. The house’s volumes are divided into two, private sections which are interwoven by one common, uniting volume. Each private section of the house is programmed with a small bedroom, a larger bedroom, a bathroom and a common room. 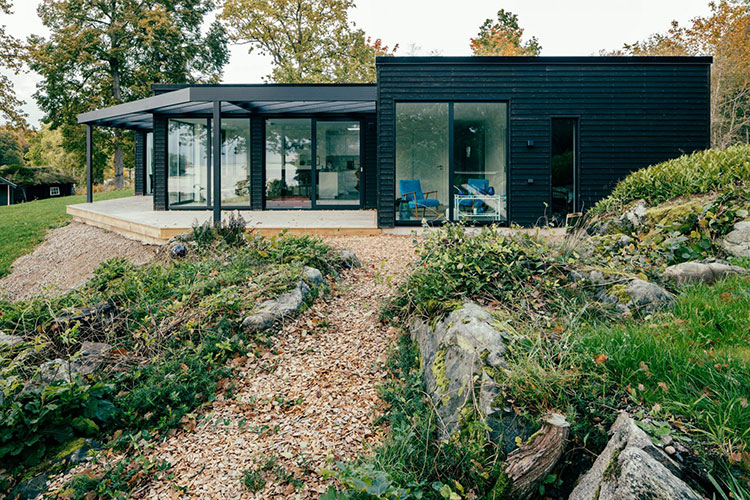 In between these sections is a large living room and kitchen characterized by a built-in sofa and a fireplace adaptively reused from the dated summer house. From each of the larger bedrooms, sliding doors give both visual and physical access to the extraordinary sea view and morning sunrise. During summertime, large, glass partitions open to the sea breeze and blur the boundary between inside and outside. 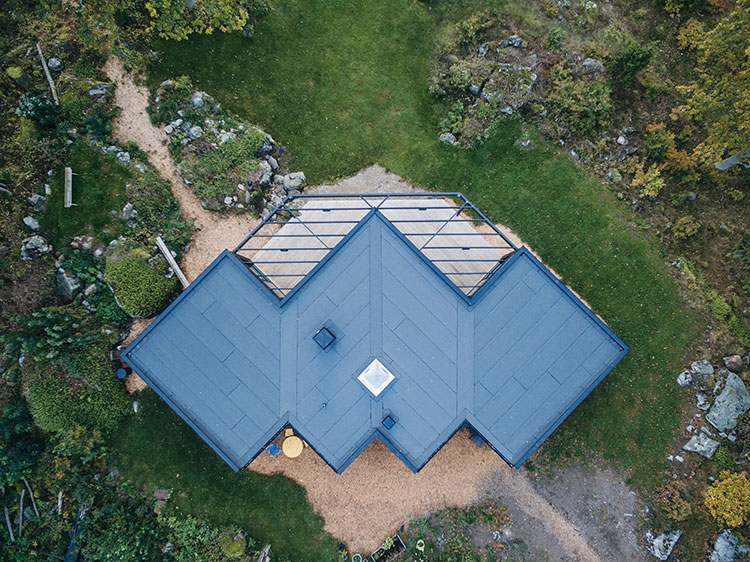 The materiality of the house was a clear request by the client, characterized by horizontal, wooden panels treated with black paint. This material choice is a clear homage to the facade of the original summer house. From the forest side of the house, the facade is minimal in scale, with narrow, vertical windows and a terrace for access during morning sunlight. The larger glass partitions of the facade are oriented toward the sea and the protruding roof lantern. 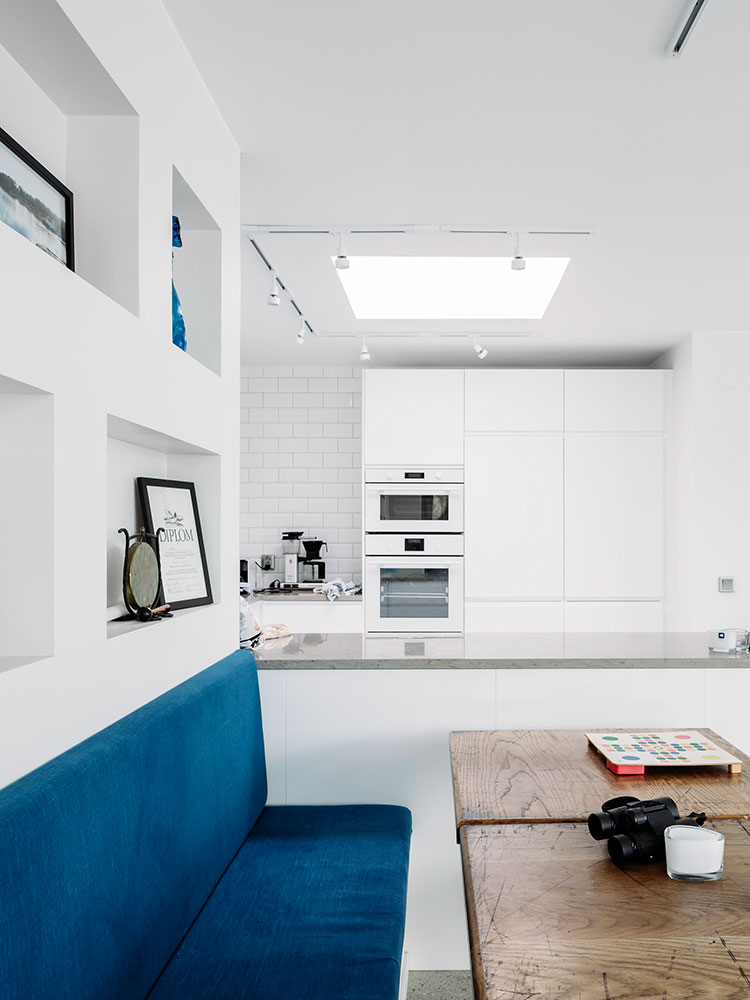 The interior of the house is refined and reduced in materiality. The concrete floor is a polished, matte surface and the structure is almost exclusively constructed of wood. The interior is characterized by both white-washed walls and colorful accents. The antique fireplace is spherical, red steel and strengthens the eclectic personality of the home’s interior. 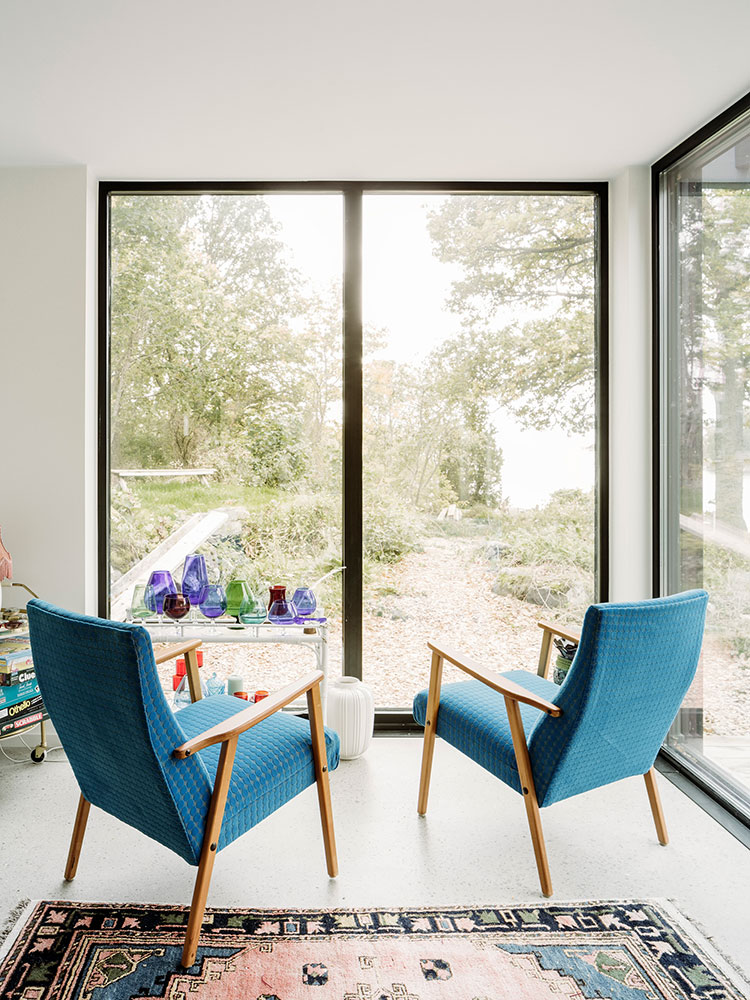 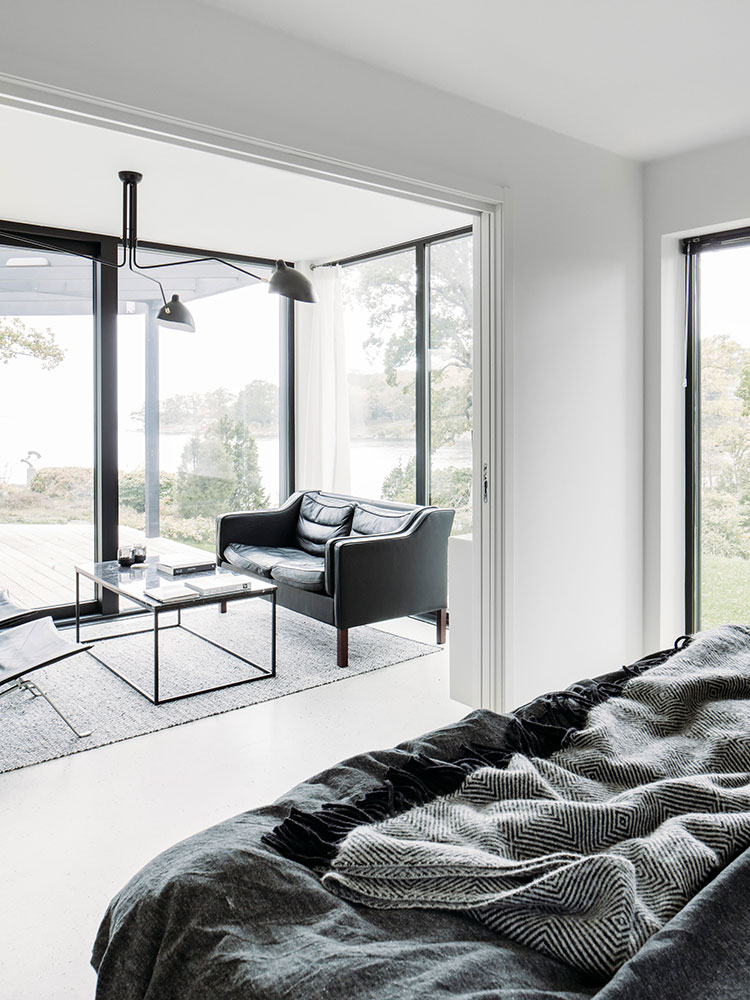 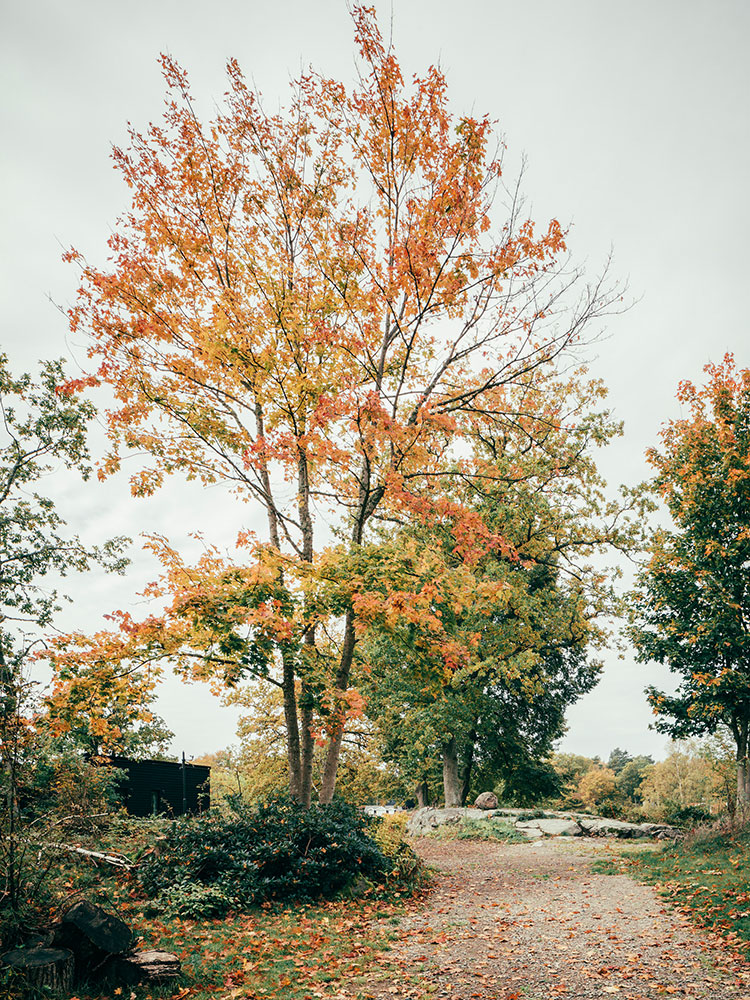