Sydney-based designer Olivia Bossy has recently refurbished with a minimalist but tactical approach a tiny 51 square meter apartment in Freshwater. The project was an exercise in streamlining existence, living small but not at the cost of a beautiful and functional space.

The space felt minuscule and dark with a walled in the kitchen area and a bathroom big enough for only one person at any time. The aim was to open everything up and make it an enjoyable space for a family of four. Walls were knocked down, furniture was built in to minimize clutter and the bathroom was extended into the living area in a sculptural curve, letting in as much light as possible and drawing you towards the view. 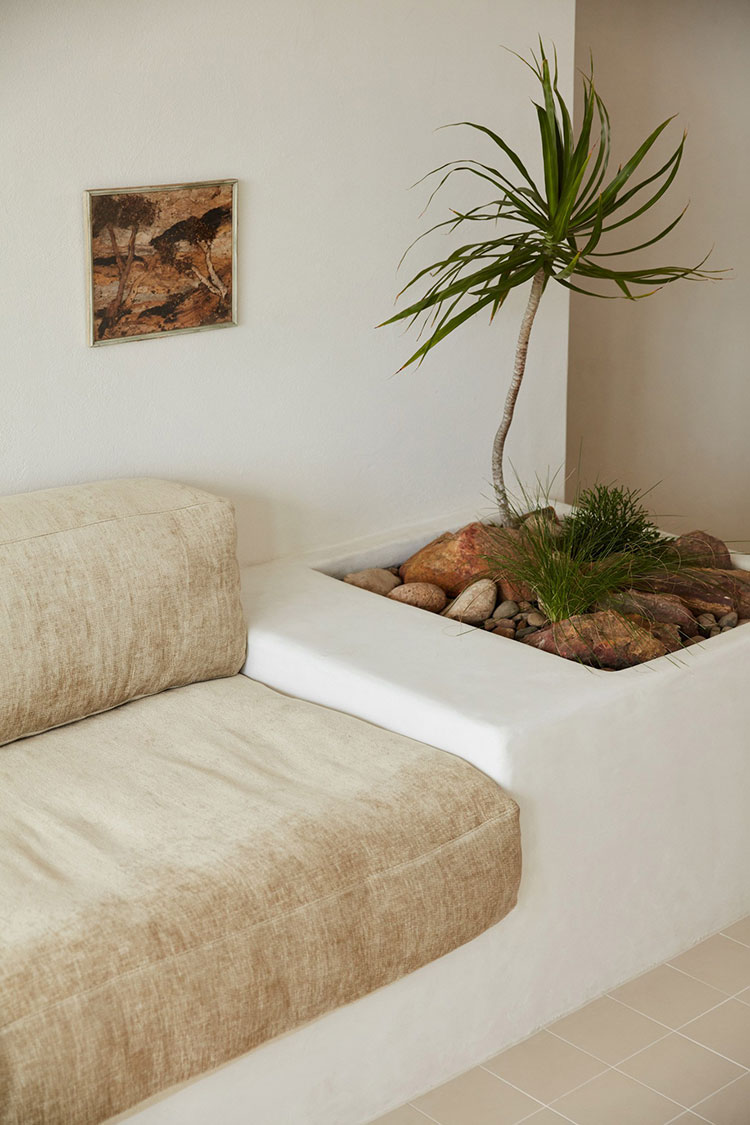 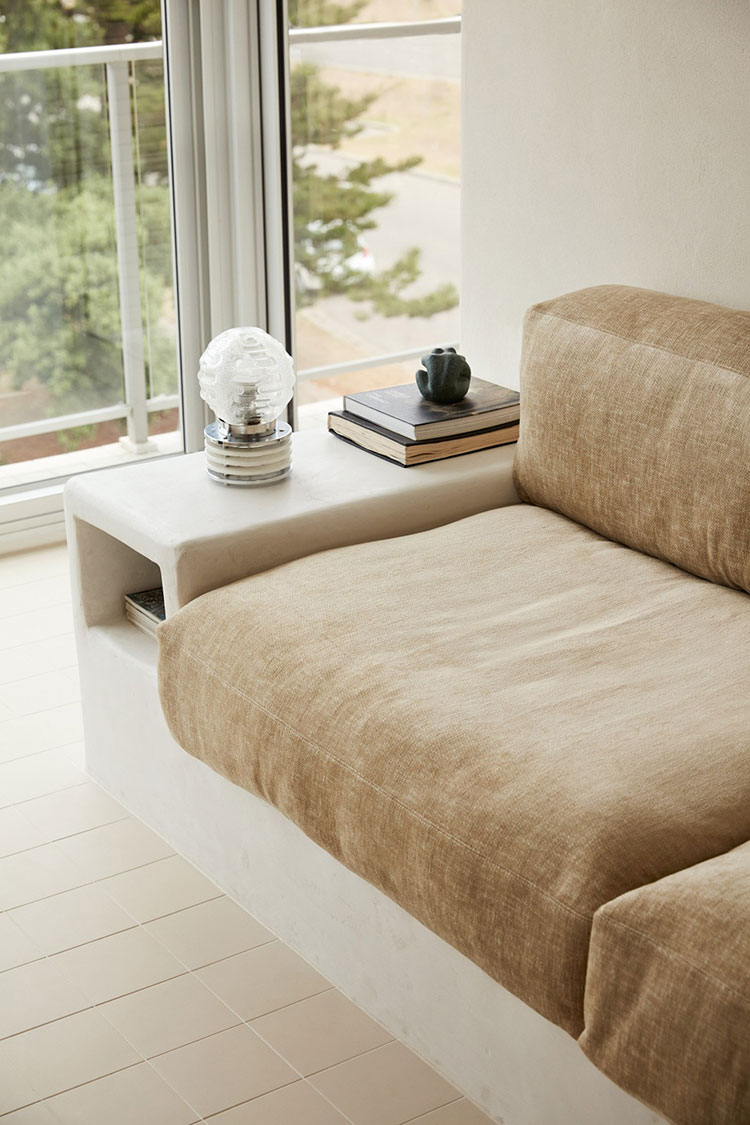 With an emphasis on materials and their repetition, tactile dimensions were created and a sense of flow and space prevails. Taking cues from Eileen Gray’s e1027 house and Georgia O’Keeffe’s Ghost Ranch, natural materials were layered to create a soft, calming interior.

Being a tiny beach-side flat it became an extension of the sand and wave whitewater which is what guided the palette, material choice and forms. 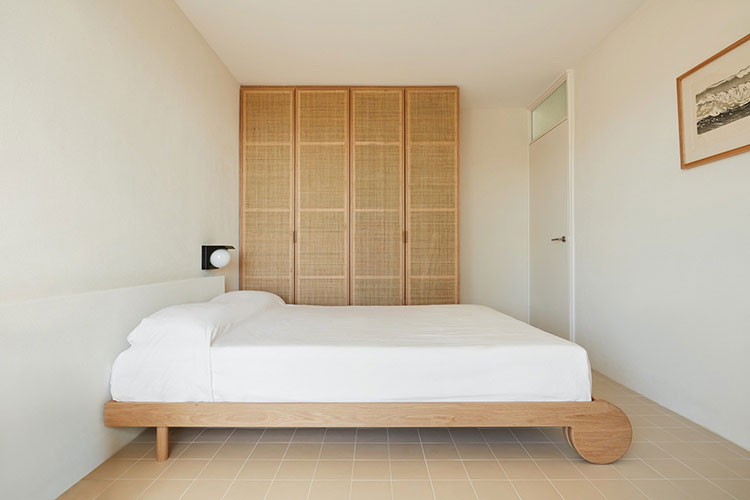 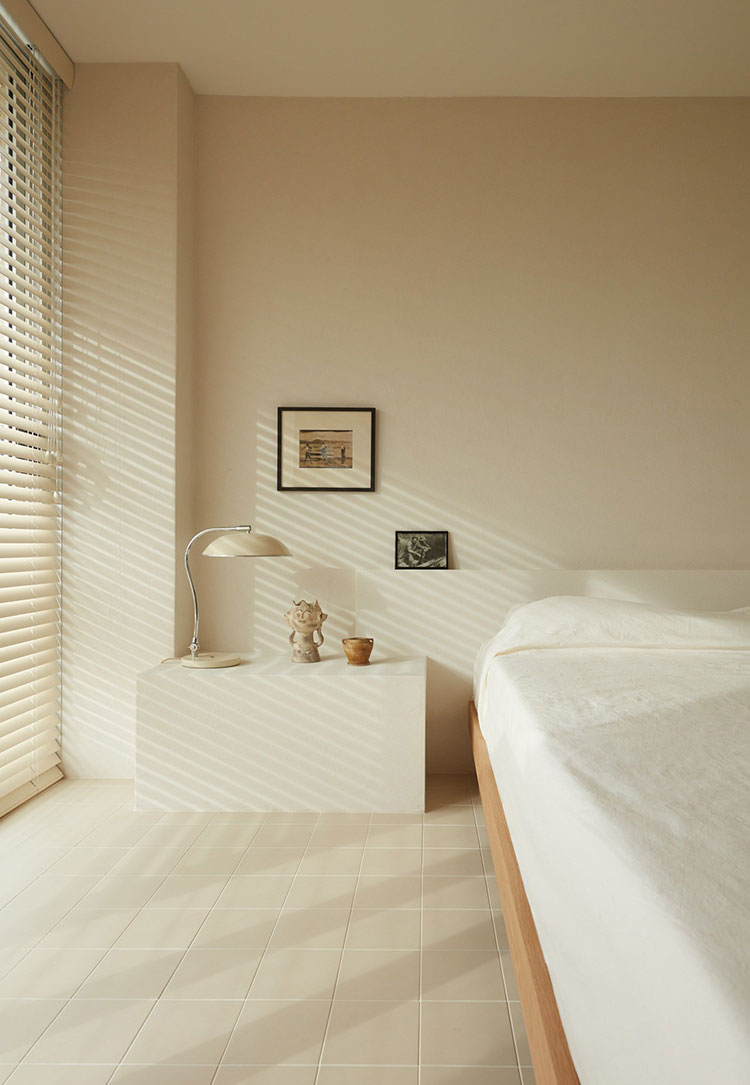 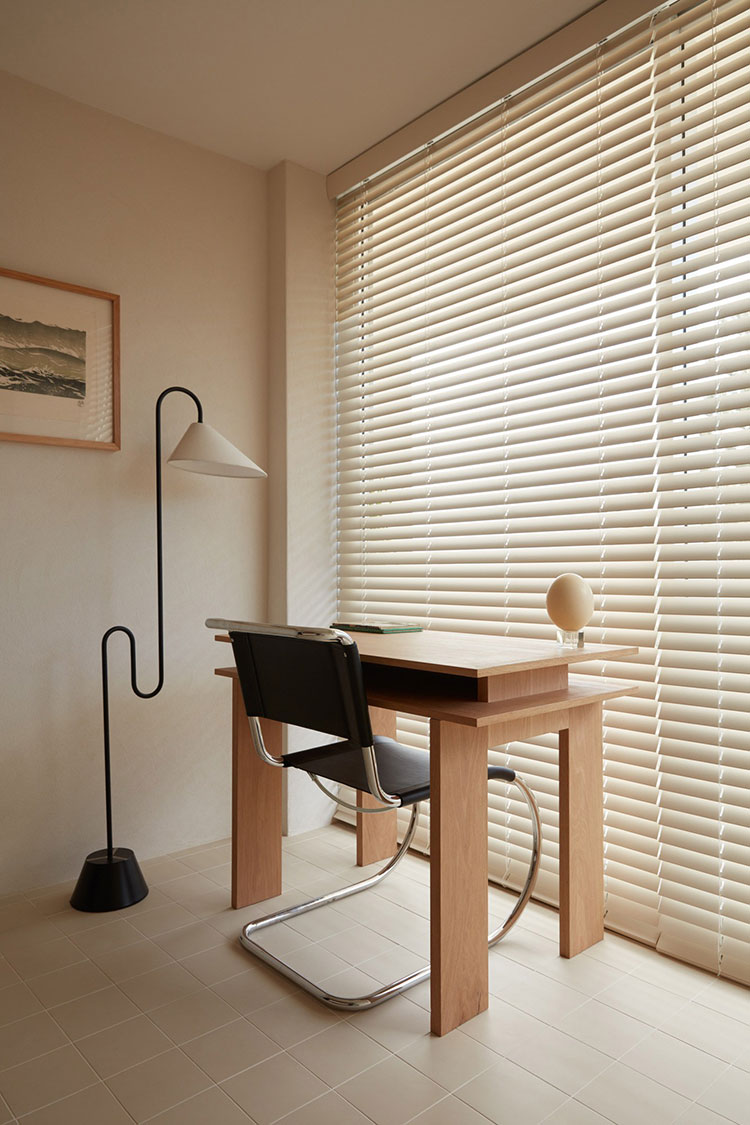 The shower almost feels like it’s outdoors with the earthiness of the Marrakesh Plaster and the light streaming in from above. Key elements include the bent reeded glass shower and built-in Marrakesh plaster seating with an integrated garden. These create an unusually strong presence and functionality within a tiny footprint. 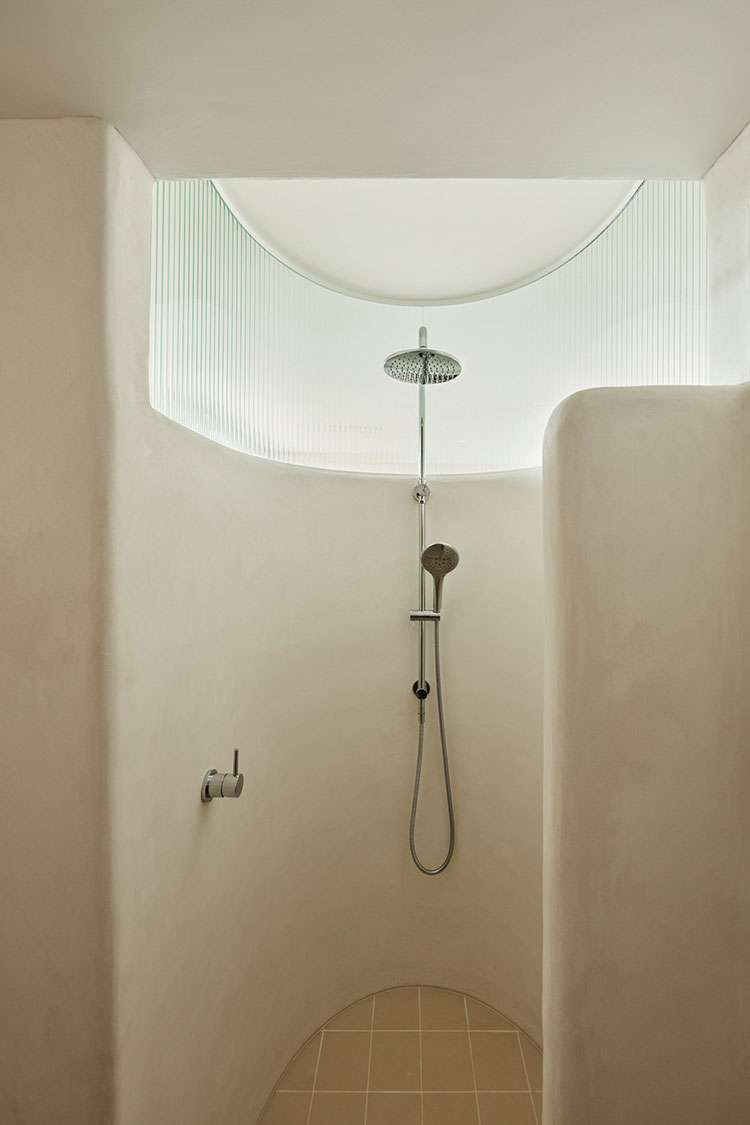 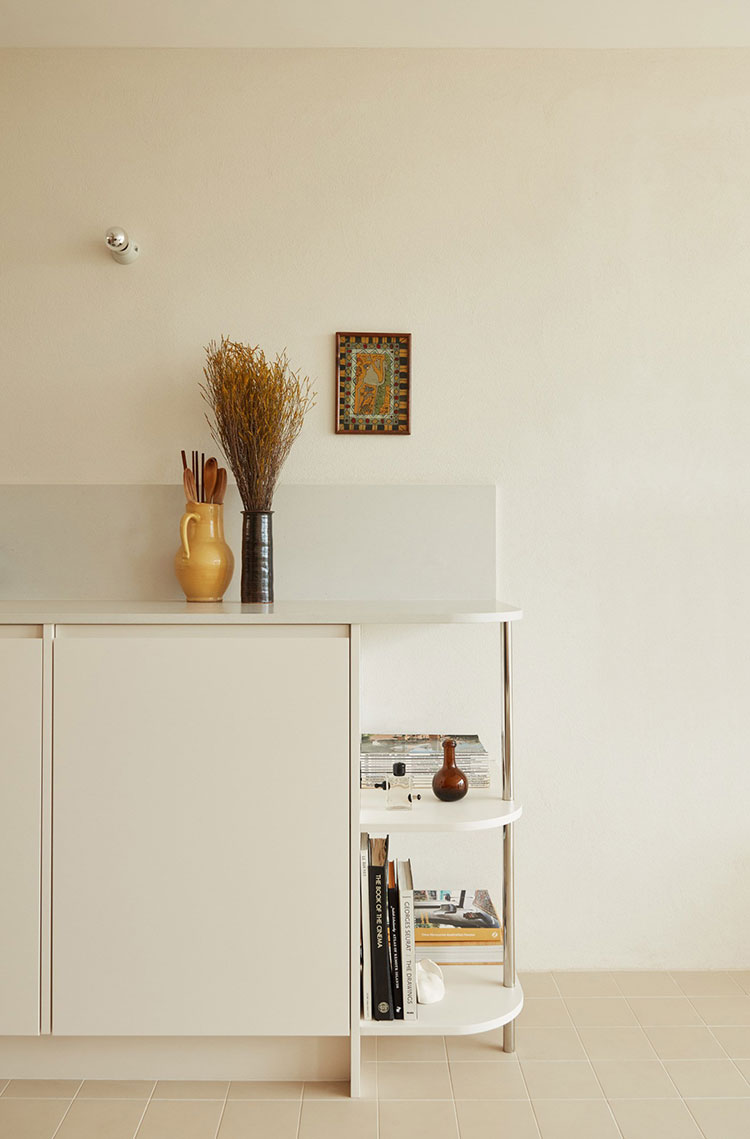 There’s a beachside modernism that runs through every decision made. The use of stainless steel is essential when living with salt decay, and the rattan and oak joinery allows airflow and a visual lightness. Not wanting to overcrowd the tiny space with objects, both the bed and desk were designed by Olivia as functional sculptures in their own right. Photos of family members adorn the walls as well as thrift shop finds and work by Gia Coppola; furniture ranges from chairs found by the roadside to pieces by Borge Mogensen, Mies van der Rohe, and Eileen Gray. 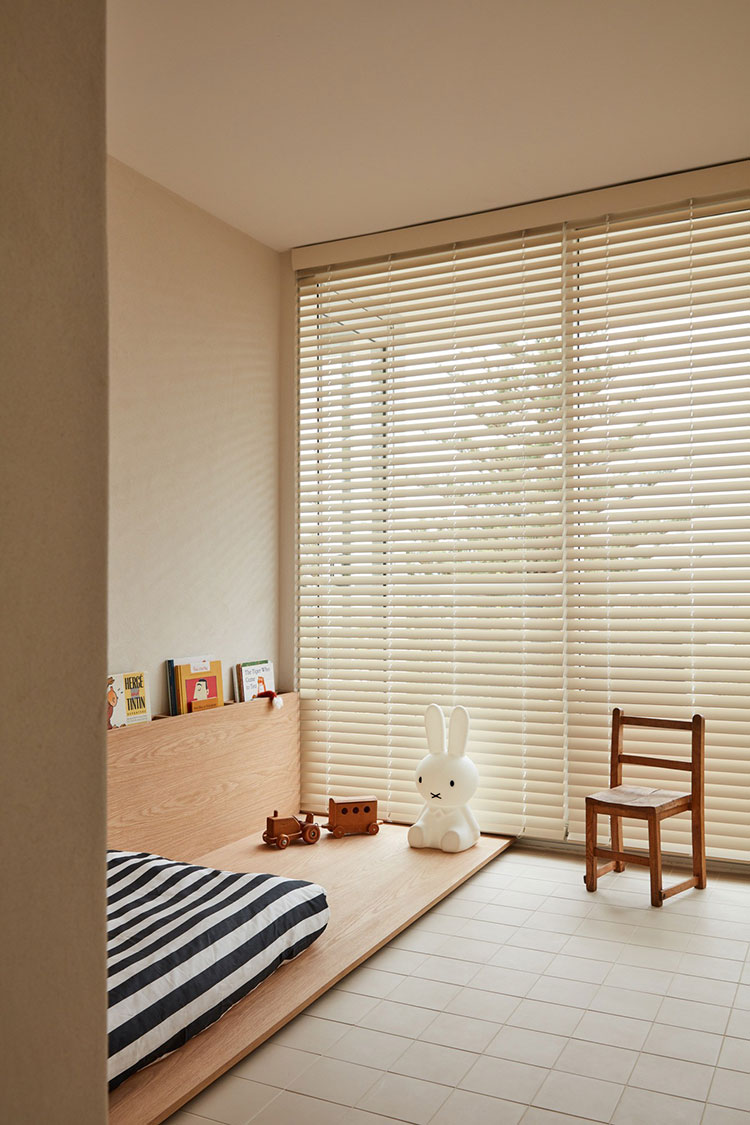