Dutch architecture practice MVRDV has completed The Imprint, a dual structured entertainment facility, sits as the centerpiece of a new tourist hub in Seoul, South Korea. The sibling buildings, the Wonderbox and Nightclub, share an architectural language; both becoming an echo of their family, the immediate surrounding buildings. A golden spot floating over the building and the plaza in front boldly marks the Nightclub entrance; a blast of light before the contrasting dark interior. 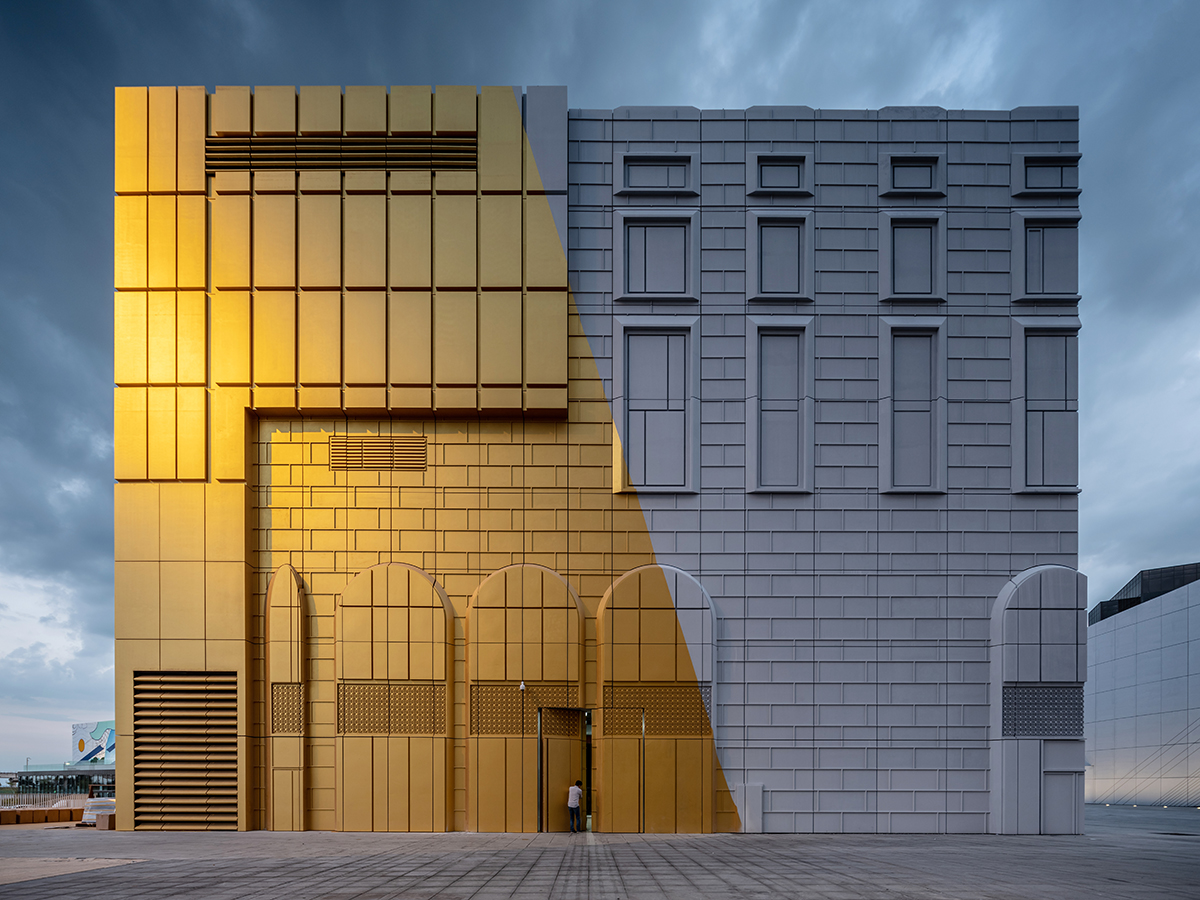 The firm chose to make the structures reference the buildings of the surrounding Paradise City, a hotel resort that serves South Korea’s largest airport. Elements of these existing buildings crop up all over the facades of The Imprint.

“By placing, as it were, surrounding buildings into the facades of our buildings and in the central plaza, we connect The Imprint with the neighbours,” says Winy Maas, principal and co-founder of MVRDV. “This ensures coherence. Paradise City is not a collection of individual objects such as Las Vegas, but a real city.” 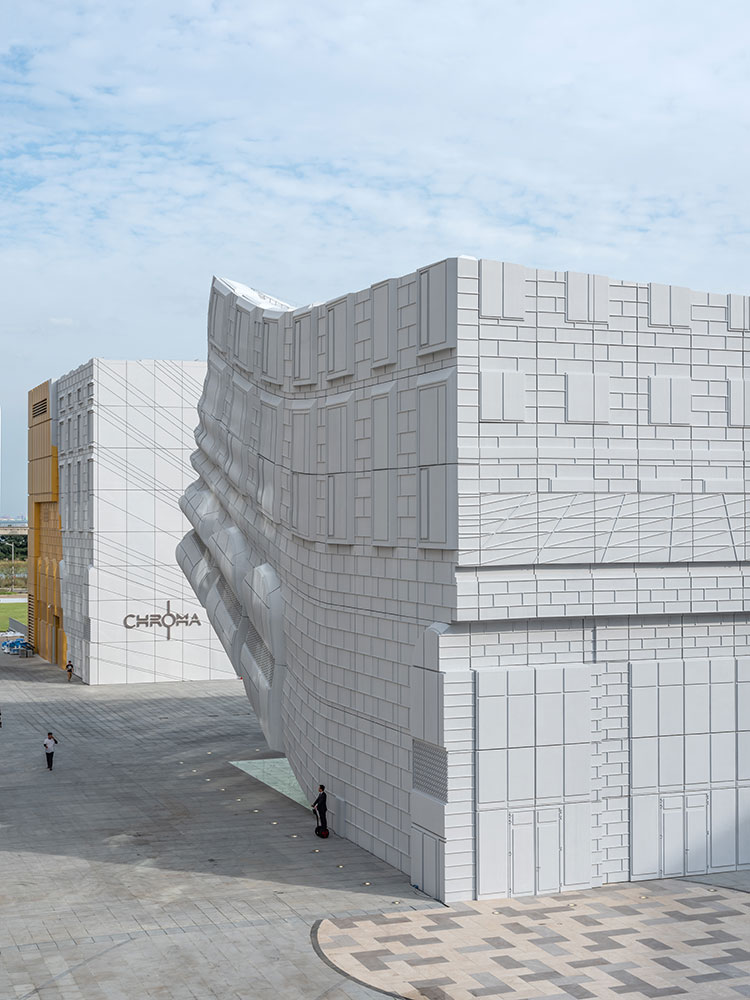 The concrete monolithic forms have no visible windows to the outside world, concealing an introverted shopping centre and nightclub; segments of façade rotate open in their place. The question of how to design an interesting façade whilst only offering glimpses into the building was solved by echoing the surroundings and then manipulate them further. 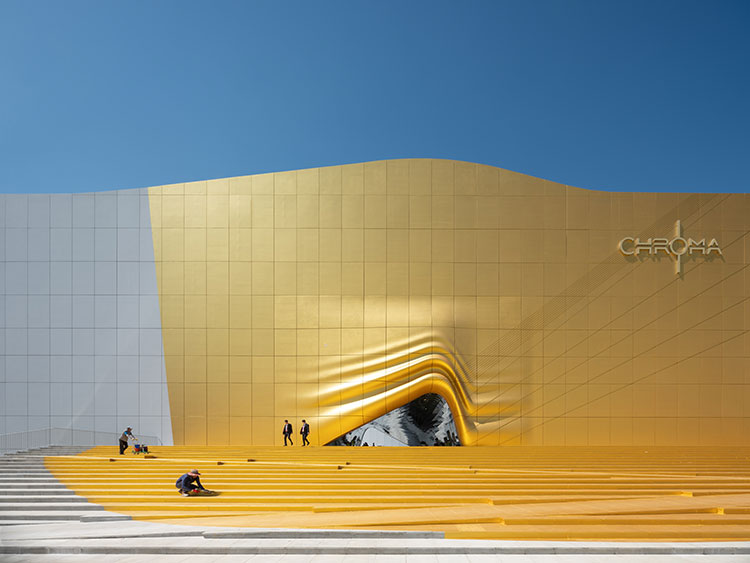 Whilst maintaining their mystery, these structures connect to the urban plan, lifting up at points like a draping curtain, opening up to visitors. As a result, the massive concrete forms distort, suddenly taking on a more fluid aesthetic and becoming softly creased.

The 3,600m2 Wonderbox, a theme park and entertainment complex, whilst the Nightclub of 6,200m2 sits adjacent to it, maintaining its rectilinear position, and hosts not only a nightclub but also a water club and sky-garden on the upper floor. 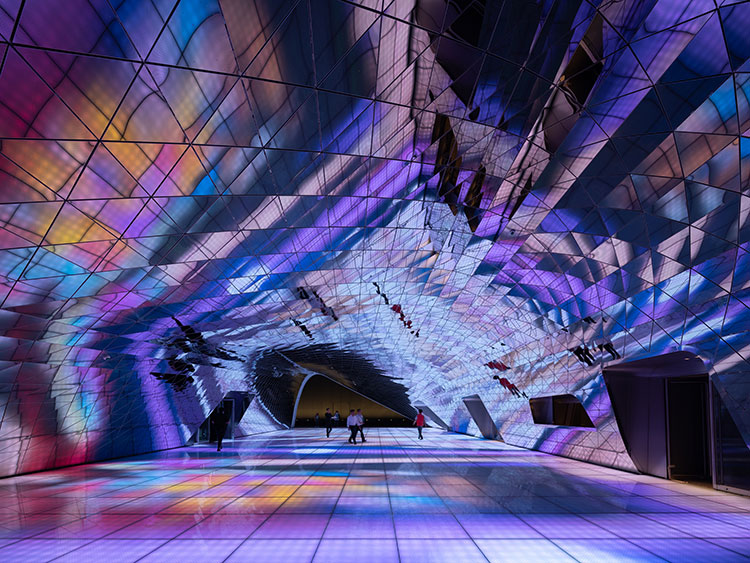 Partygoers are led into the structure up a golden tribune, with an integrated ramp, from the drop-off area and through the centre of the sunspot where the gold wall is lifted, creating an opening through which to enter. Paradise City provides the spectacle that entertainment architecture calls for, yet at the same time balances it with a certain calm simplicity. 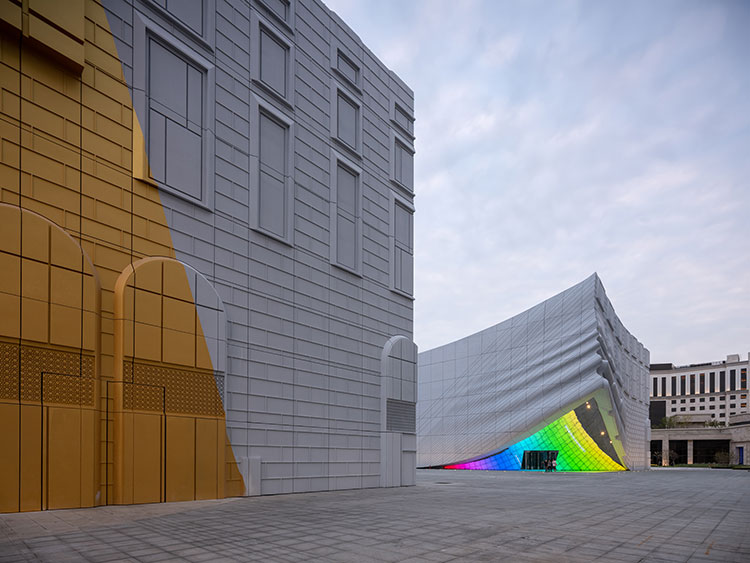 The urban platform of Paradise City is raised, sitting above service spaces and an underground carpark. Glass flooring in both the Nightclub and Wonderbox reveal the inner-workings of the site, the exits and entries of a site which is in a constant state of transition. 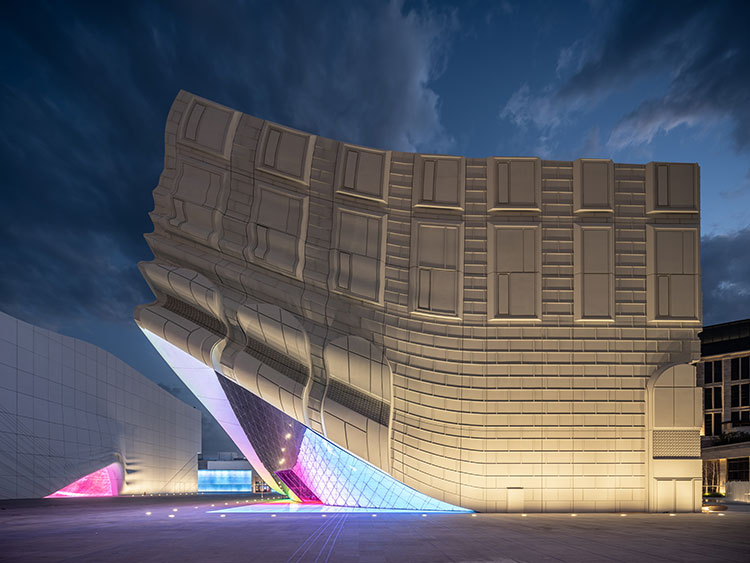 At just a 10 minute walk from Incheon airport, the new complex comprises of four main zones; a hotel with a casino and convention facilities; the Plaza, with a boutique hotel, food-court, and galleries; a spa; and the Entertainment Square, with theme park and a nightclub. The complex, which will be completed in 2018 is purposed for tourists who visit the city and will have a direct monorail link to the airport. The project has already attracted big names in Korea’s social scene, with actor Kim Soo-hyun, now named as an ambassador for the Paradise City development.